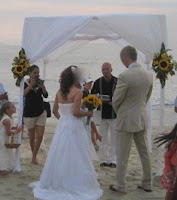 We found ourselves back in the Vallartas (as in Puerto and Nuevo) for a coworker’s wedding over a long Mexican holiday weekend (Happy Birthday, Benito Juárez!) on March 17-19. It’s not something I blogged about because A) I’m sure you’re tired of hearing about the Vallartas, and B) I want to respect my coworkers’ privacy, and you know I wouldn’t be able to blog about a wedding without plastering photos all over the place. I mean, look to your left. I can't even blog about not blogging about it without a face-blurred-out-for-privacy photo! Congrats, Craig & Jo!

What’s important to note is that the night after the wedding we found ourselves in a PV nightclub, where we made a new friend.

Johnny, like us, was only visiting for the weekend. But, as luck would have it, he lives in a city called San Juan de los Lagos which is located a mere 142km northeast of Guadalajara. And, like us, he identifies as a Reform Jew. Coincidentally, Johnny found himself in Guadalajara visiting family last week, and we were able to spend some time hanging out.

On Friday night, Johnny did something for us that we have thus far been unable to do for ourselves. He introduced us to his friend, Badiel, who is a member of a Reform Jewish congregation here in Guadalajara. It’s a small congregation, but it’s here, and we did not even know that it existed. The pair joined us for the first Shabbat dinner we’ve had in quite a while, and we’ve been invited to a Passover seder this coming Friday as a result of that meeting. We will investigate membership in the synagogue upon returning from our upcoming vacation. Between this and learning of our next foreign assignment, last week was quite important in establishing stronger ties to Judaism.

Johnny was to return home the following day, and it was decided that we would accompany him. After a night on the town in Guadalajara, of course.

The short road trip included a quick stop in Tepatitlán, where we were introduced to another FOJ (friend of Johnny), Ernesto. Ernesto is a chemical engineer who works at Industrializadora de Agave San Isidro, a tequila distillery located in Tepa. Ernesto provided us with a complimentary private tour of the facility. As it was conducted in Spanish, I’ll just take TJ’s word for it when he says it was the most thorough explanation of tequila production we’ve ever heard. What I can tell you is that private tours definitely let you wander all over the place and get up close and personal with the production process. Also, when Jose Cuervo tells you that you can’t take pictures because you’re in a highly flammable area, they’re probably just trying to protect proprietary information. Or maybe Ernesto just has a death wish.

Either way, we got free samples... 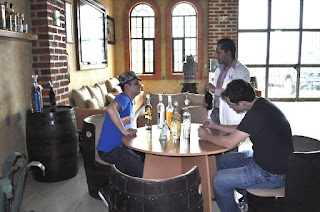 Our next stop was Johnny’s house in San Juan de los Lagos. St. John of the Lakes. And yet there are no lakes. The mysteries of Mexico know no end. 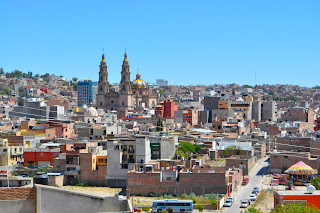 Johnny lives with and cares for his 82 year old grandmother. When we arrived, she was cooking.When we left, she was cooking. We were told that she cooks all day, and will invite anyone from the neighborhood in for a bite to eat. She served up grilled steak, fresh tortillas, and refried beans. Yum-yum!

Johnny’s abuelita has lived in this house, where she raised nine children, for over 40 years. It started out as a one bedroom house, but over time she expanded and added on, making room for everyone. Johnny’s room is practically a penthouse suite: it’s a private room built on the roof of the house, and affords him a great view of the city.

While Johnny and his grandma are the only permanent inhabitants, the house was filled with relatives: aunts, siblings, nieces and nephews. Evidence that this is a house filled with love...somewhere you don't stray too far from. On the return drive to Guadalajara, TJ and I talked about this. If we are ever lucky enough to have children, we must manipulate them into loving/needing us too much to ever stray too far. Unless, you know, they are utter disappointments. I kid! I kid!

After a power nap, we headed into the city to explore the Basilica of San Juan de los Lagos, the church museum, and the numerous surrounding markets, where I found an awesome Star of David. See? Look at all that Judaism! Much like the Reform congregation, I would not have found this necklace without Johnny; the shopkeeper is an FOJ that he stopped by to say hello to.

The church itself is one of the most beautiful (and most visited) I have seen in Mexico. I’ll let the pictures speak for themselves. But the cluttered one that looks like that old man’s lab in Fraggle Rock? That is the Hall of Miracles, and contains alleged evidence of all the miracles, big and small, that have happened in San Juan.

On the way into town, we passed a shop in which one of Johnny’s cousins was lazily working a cash register. On the drive back home, we passed another cousin walking across a bridge.

Our next stop was Johnny’s sister’s house, where she and her husband would be hosting us for the night. A friendly family, they allowed us 30 minutes or so to rest before whipping out the tequila. Not long after, Ernesto showed up with his own bottle. After a couple (few?) social drinks, we headed out on the town to explore the San Juan nightlife. We were met by four other FOJ’s, all of whom have known him for about as long as we have, and all of whom interact like the best of friends. Not surprising; he’s got one of those charming insta-friend personalities.

The next morning we headed back to Johnny’s house. No surprise, grandma was cooking. But so was the rest of the family. All of the usual suspects from yesterday were here. So were about twice as many other family members. On Sundays they set up a grill outside the house and sell gorditas and quesadillas to passersby. As guests, we ate for free. Or we stole. Or TJ paid when I wasn't looking. I’m not sure which, but nobody made a fuss either way. [EDIT: TJ says he paid when I wasn't looking, and you needed to know that.]

We then headed back into town where, thanks to Johnny playing the “My-Uncle-was-a-Bishop” card (true story), we were granted access to the basilica’s bell tower. Here are a few photos of the view.

...And here’s a photo of when we descended the stairs and found that we had been locked in.

We had just enough time for a few Quasimodo jokes before the Emergency Response Team (i.e. janitor) arrived to let us out.

On our way back to his house, we stopped by a candy shop, operated by another cousin, where I picked up some treats for my parents, who we’ll be seeing next week. But not before passing yet another store manned by yet another FOJ.

The weekend ended with an afternoon drink with our hosts from the evening before...and then we reluctantly said our goodbyes and returned to Guadalajara.

San Juan de los Lagos has a population of just over 55,000. It seemed like Johnny was related to half of them, and good friends with the other half. I’m not sure if that’s a compliment to him or to the city itself…but the overall effect was completely charming. I’m going back. And not soon enough.

At the wedding, I was talking to Anne, one of the newer officers at post. We were discussing our old life in Orlando, and how through that life we were able to meet so many people that have amazing jobs, do incredible things, and live in wonderful places. People that have been so nice and so hospitable to us over the years. Anne marveled at the connections we’ve built in our personal lives, and the advantages and joys they have lent us in our travels.

Well, Anne, here’s another story for ya.