The Honeymooners, Day Fifteen: Rome is Where the Heart Is

The boat docked.  The passengers disembarked.  The travel weary honeymooners boarded a train bound for Rome.  They checked into their new hotel, dropped off their luggage, and hit the town for one last day of adventuring.

We each had one major attraction left on our must-see list for this trip.  TJ's was the Circus Maximus.  Laying in the valley between the Aventine and Palatine hills, the Circus Maximus was a massive stadium in which 150,000 spectators gathered to watch chariot races.  It was 621m x 118 m and became the model for stadiums throughout the Empire.  Today, it's just a park.  No ruins.  Just…a park. 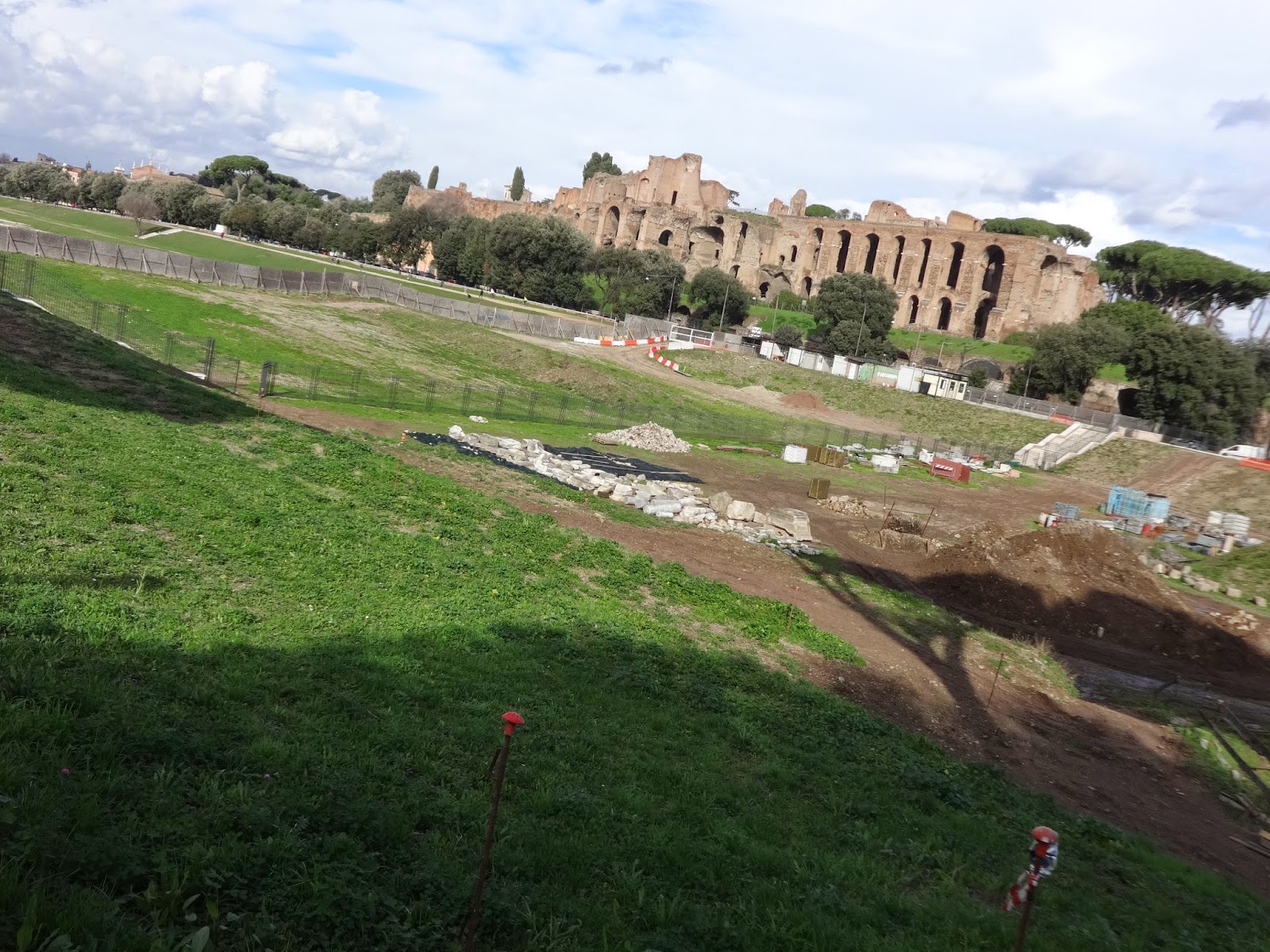 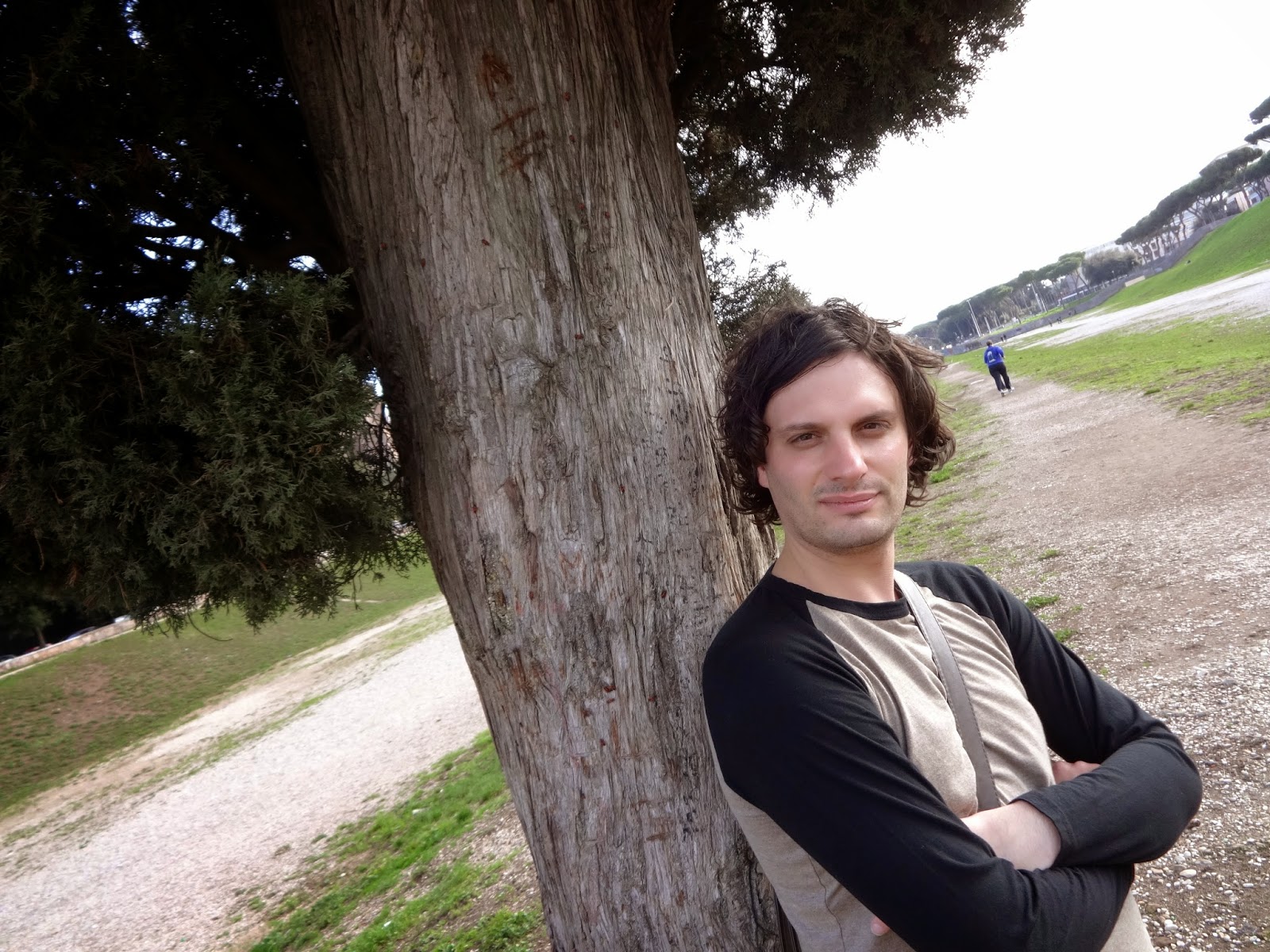 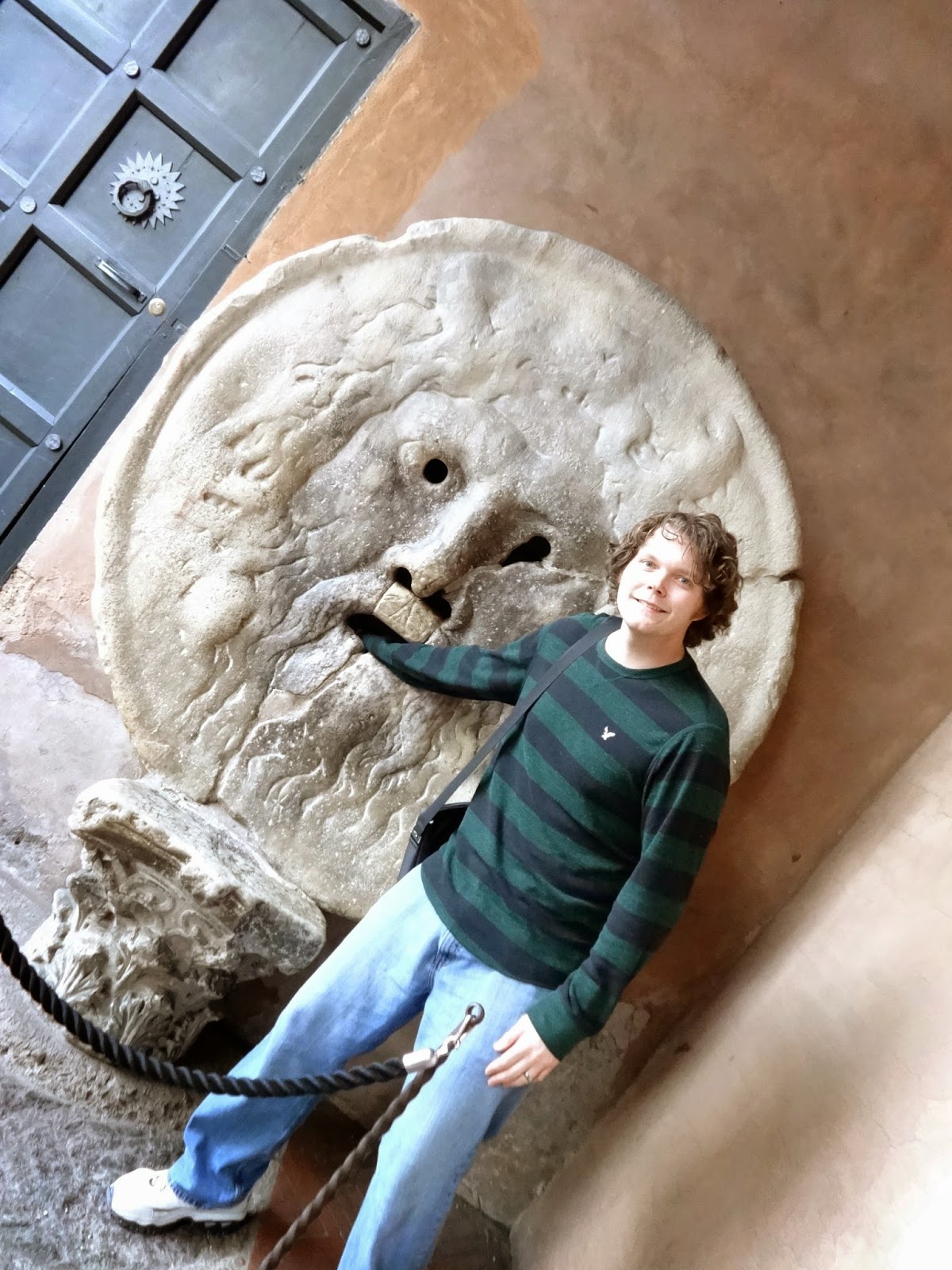 TJ was nonetheless happy.  So was I, as my final must-see was just across the street:  The Mouth of Truth (La Bocca della Verità).  This marble carving of a man's face is located in the portico of the church of Santa Maria in Cosmedin.  It was probably part of a fountain in its heyday, but now it is mostly remembered as a "lie detector."  A Middle Ages old wives' tale suggests that someone who tells a lie while placing his hand in the sculpture's mouth will quickly have it bitten off.  This little tidbit made its way into the film Roman Holiday, starring Audrey Hepburn and Gregory Peck, which I just happened to watch prior to departing on this particular journey.  I wasn't very interested int he church itself…but since we were already there... 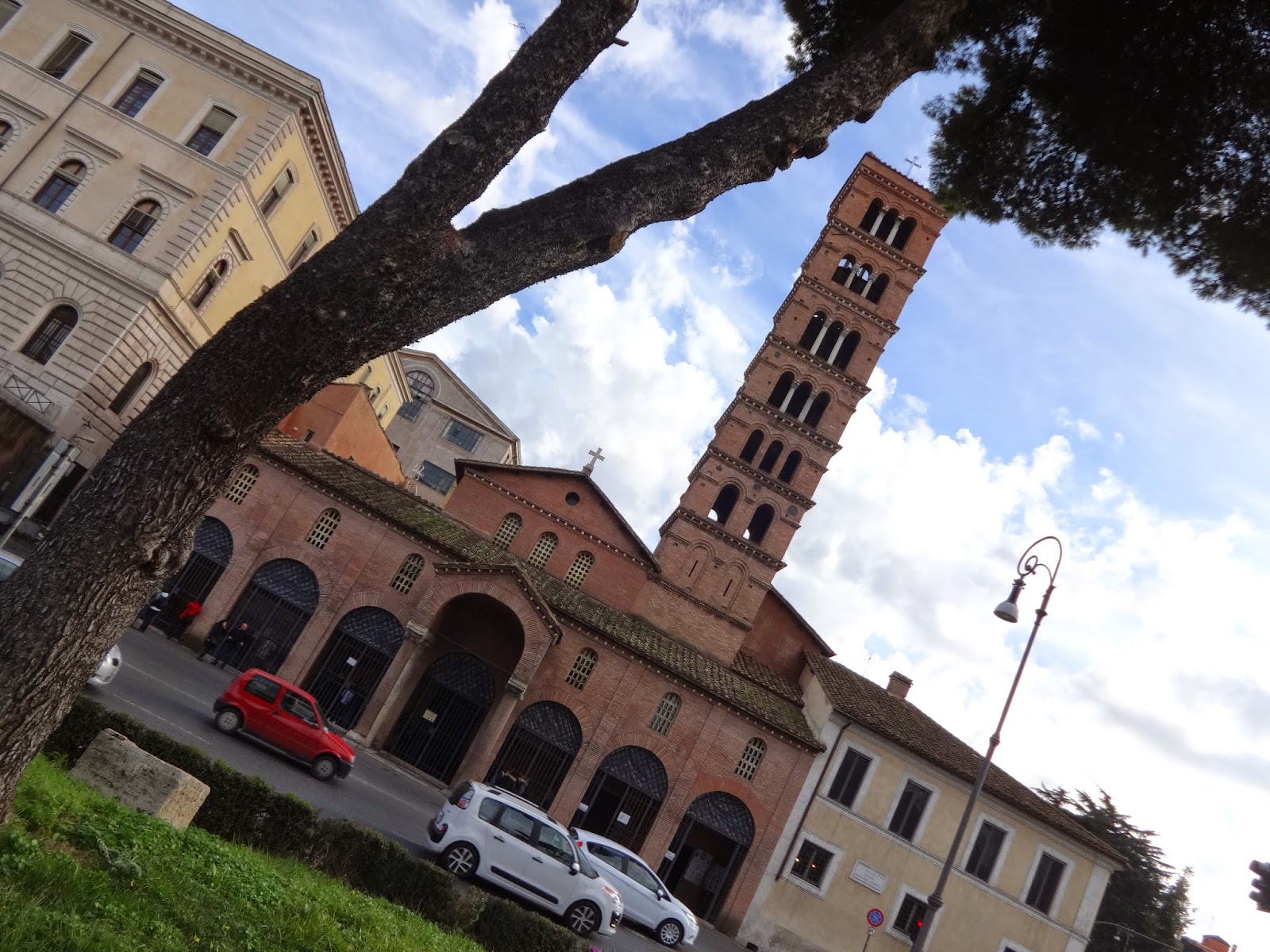 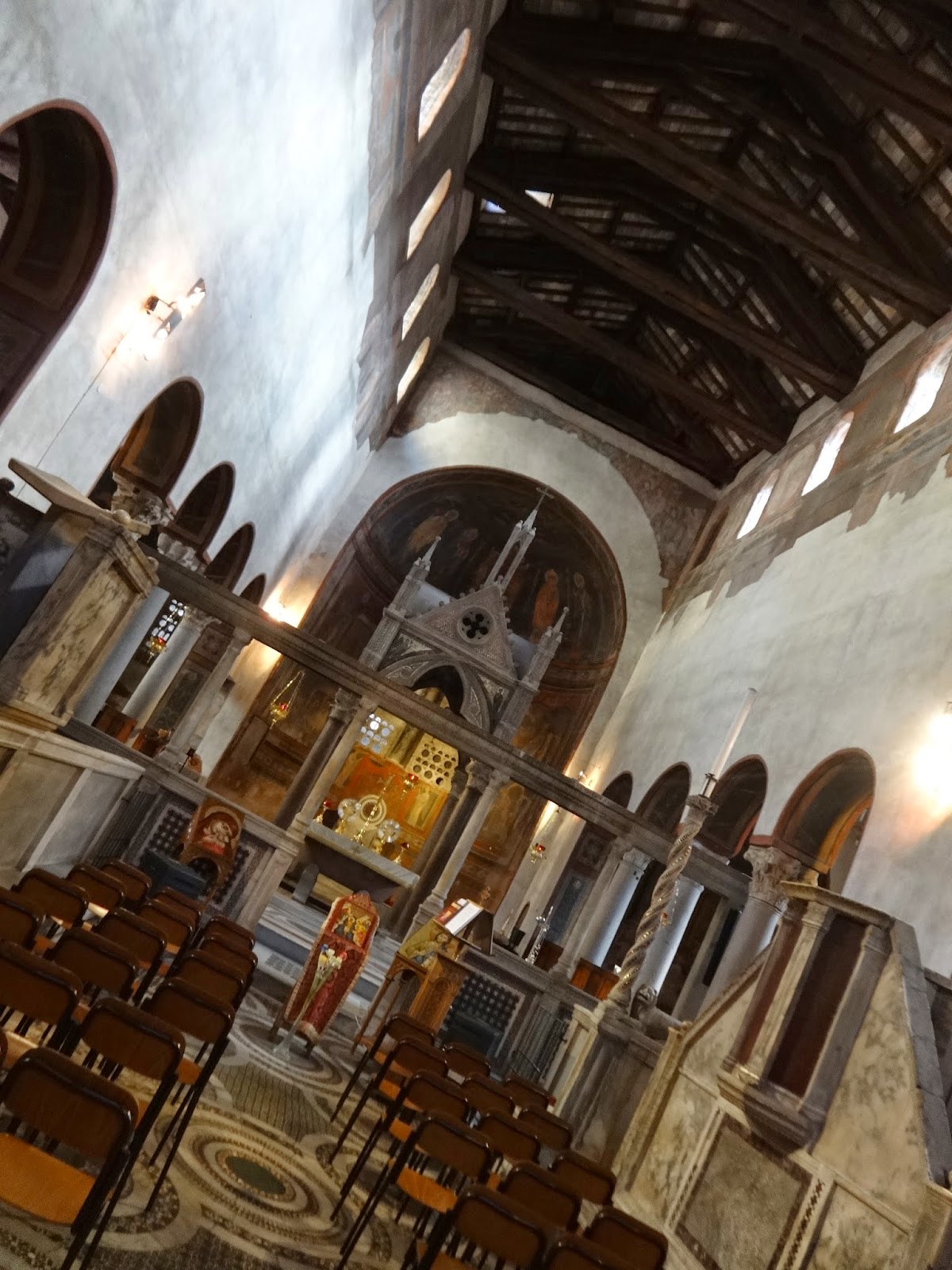 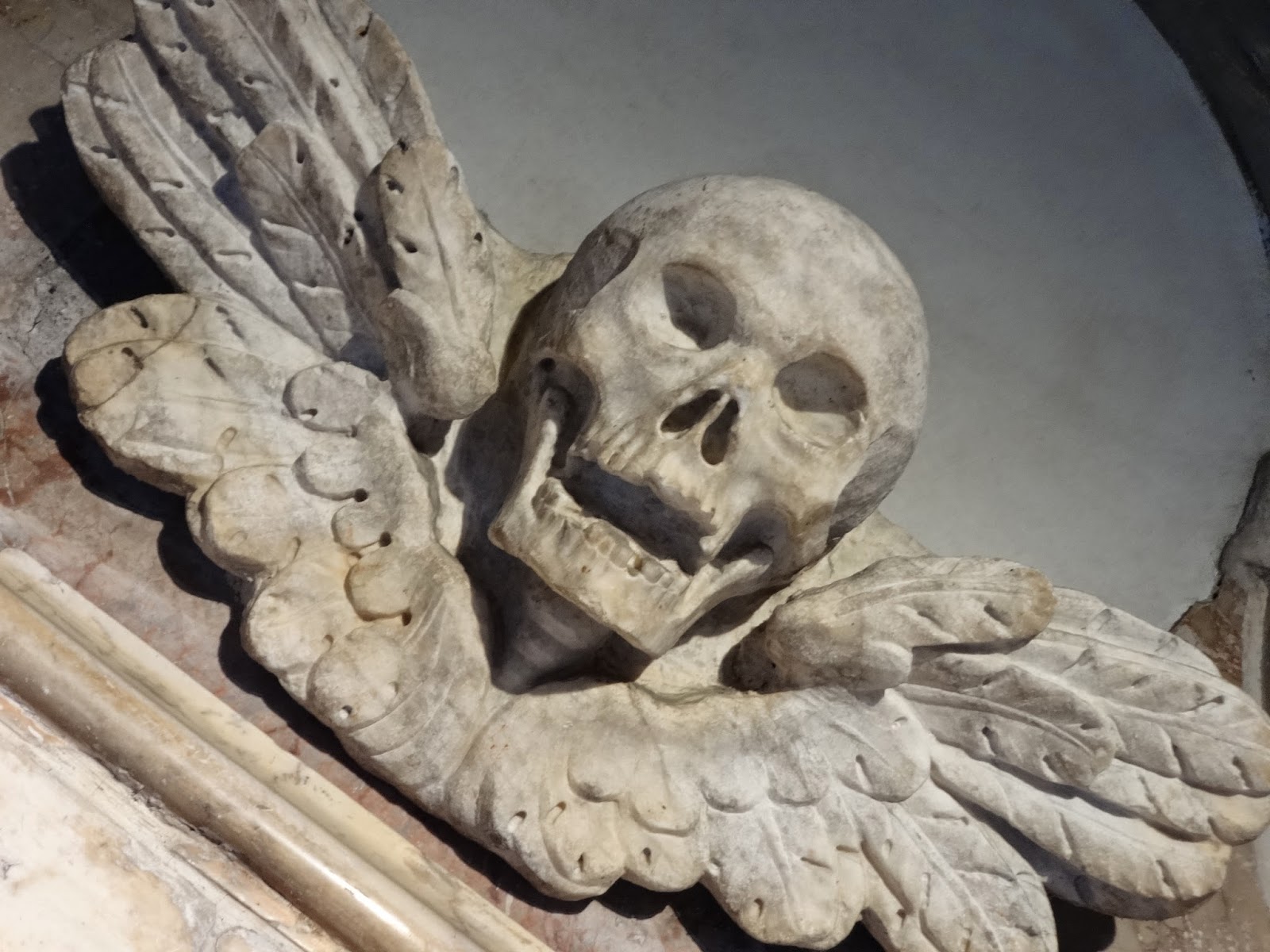 That's not creepy at all...

Aimless wandering led somewhere unexpected and impressive:  The Portico of Octavia.  Built in the second century BC to enclose the two temples of Juno Regina and Jupiter Stator, the Porticus Octavia was restored during the reign of Emperor Augustus and dedicated to his sister, Octavia.  These ruins gave me such a case of the giggles, as this brother and sister pair were my favorite characters in HBO's short-lived series, Rome.  My favorite television quote in the history of ever comes from this series, as mother chastises son for improprieties perpetuated against his sister.  It's colorful language, so I simply encourage you to watch the show. 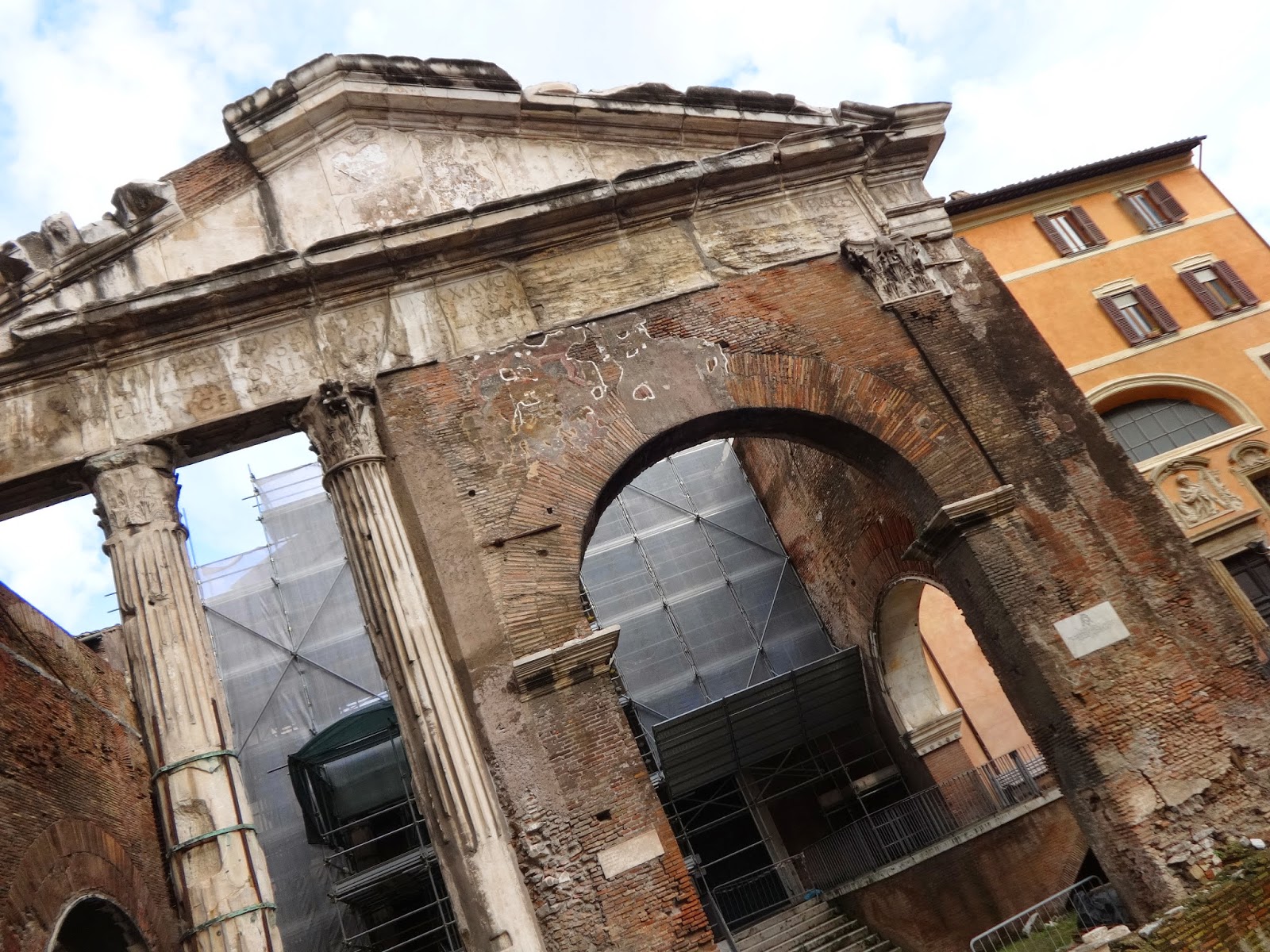 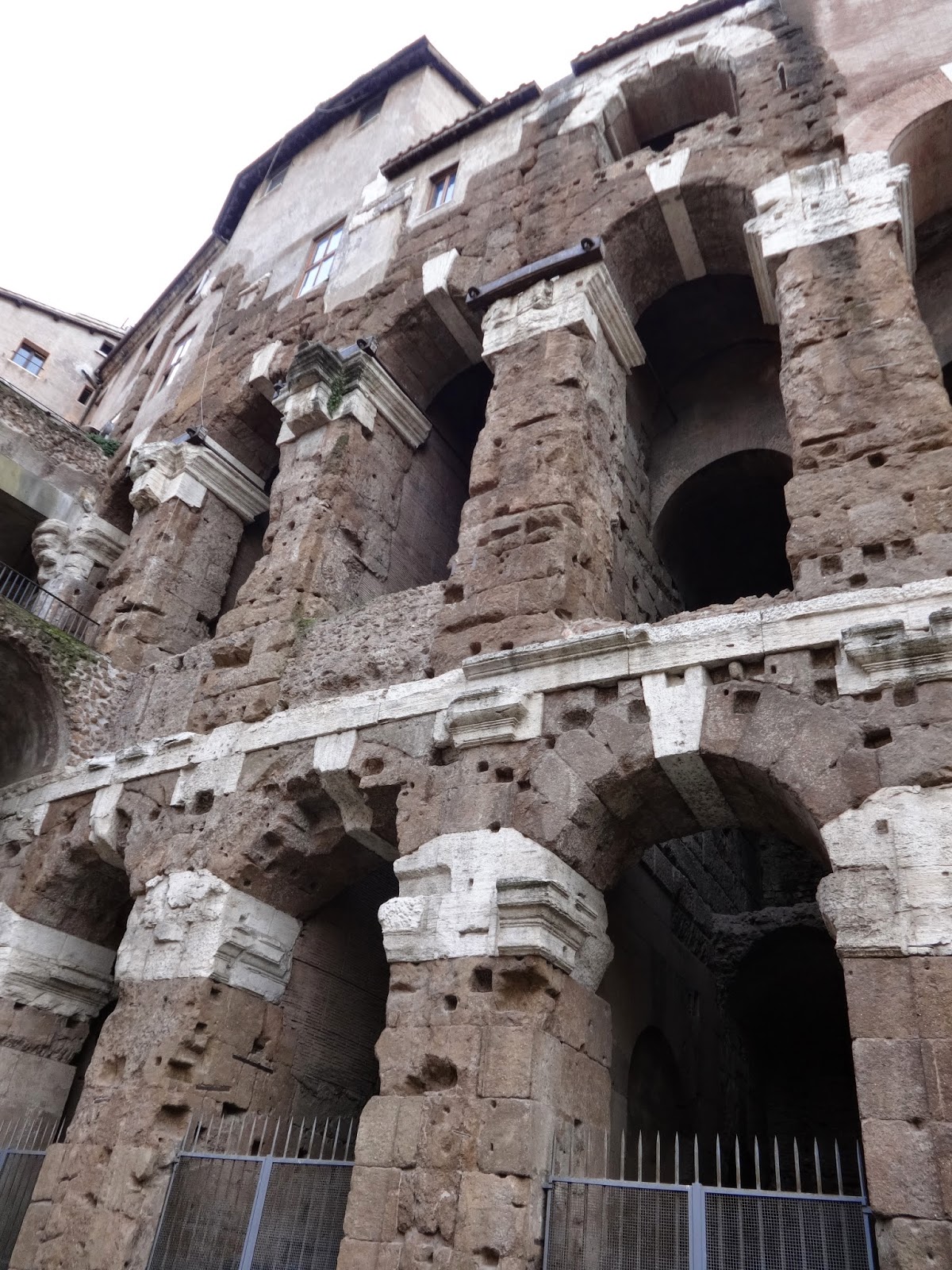 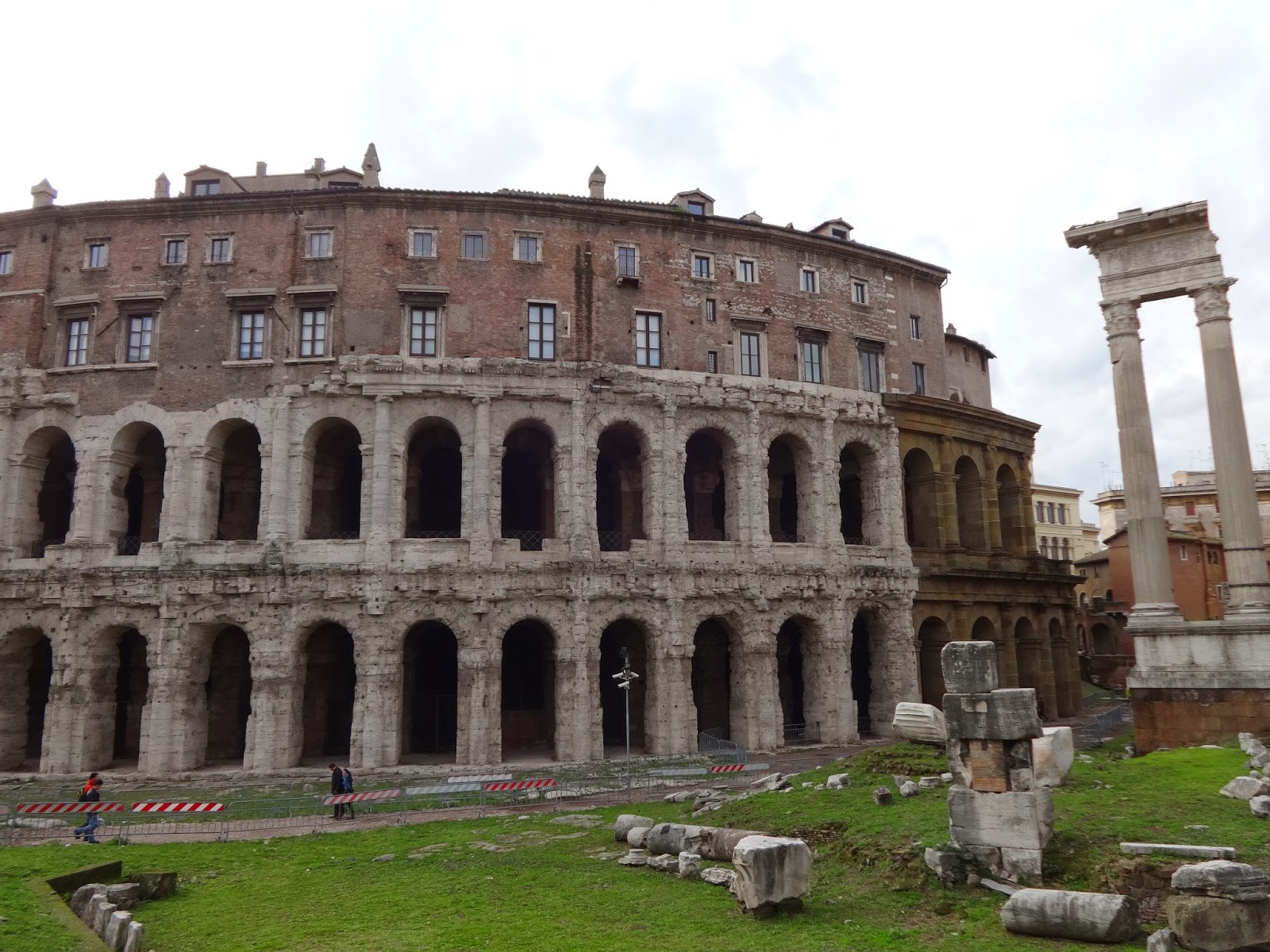 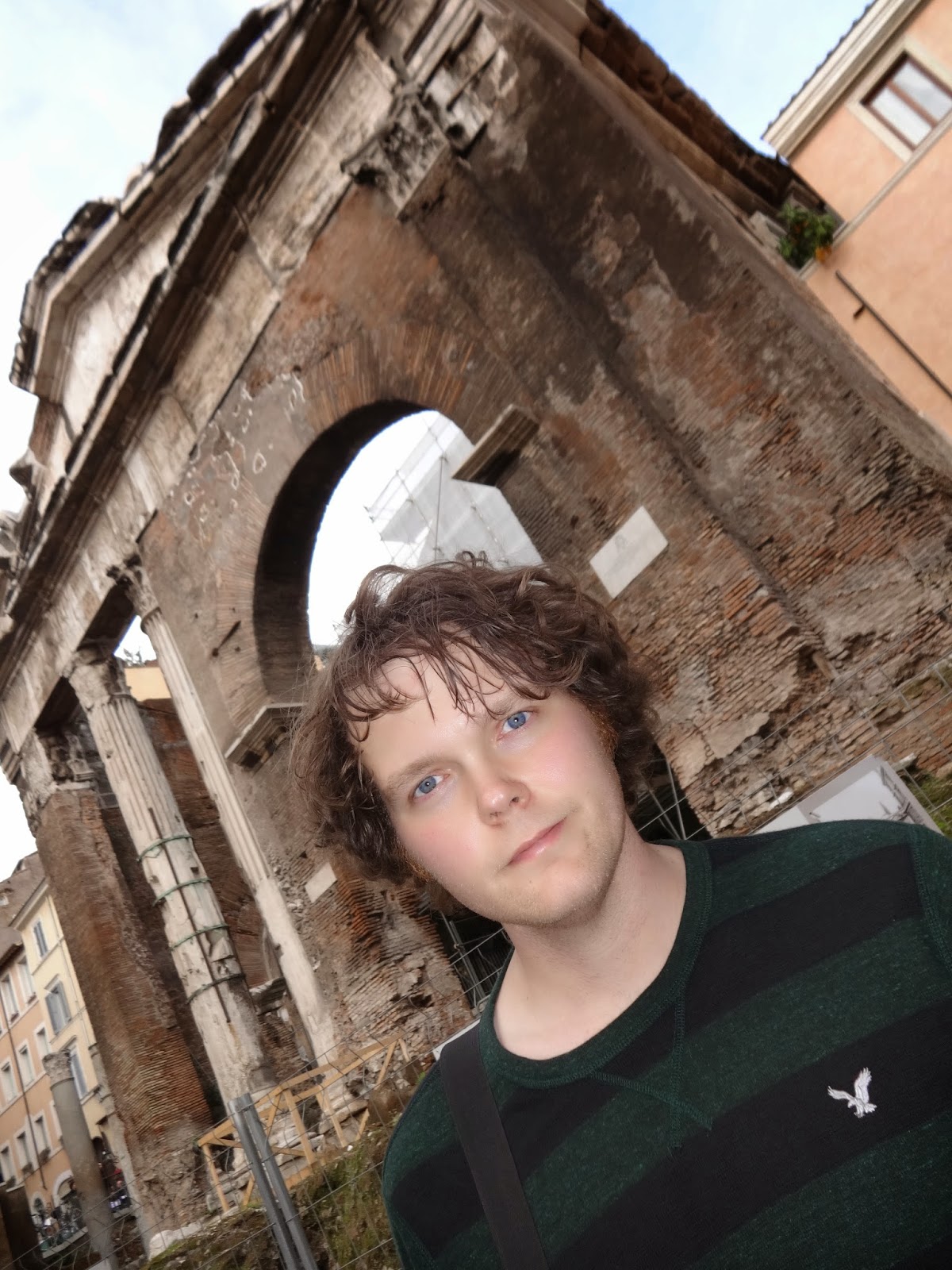 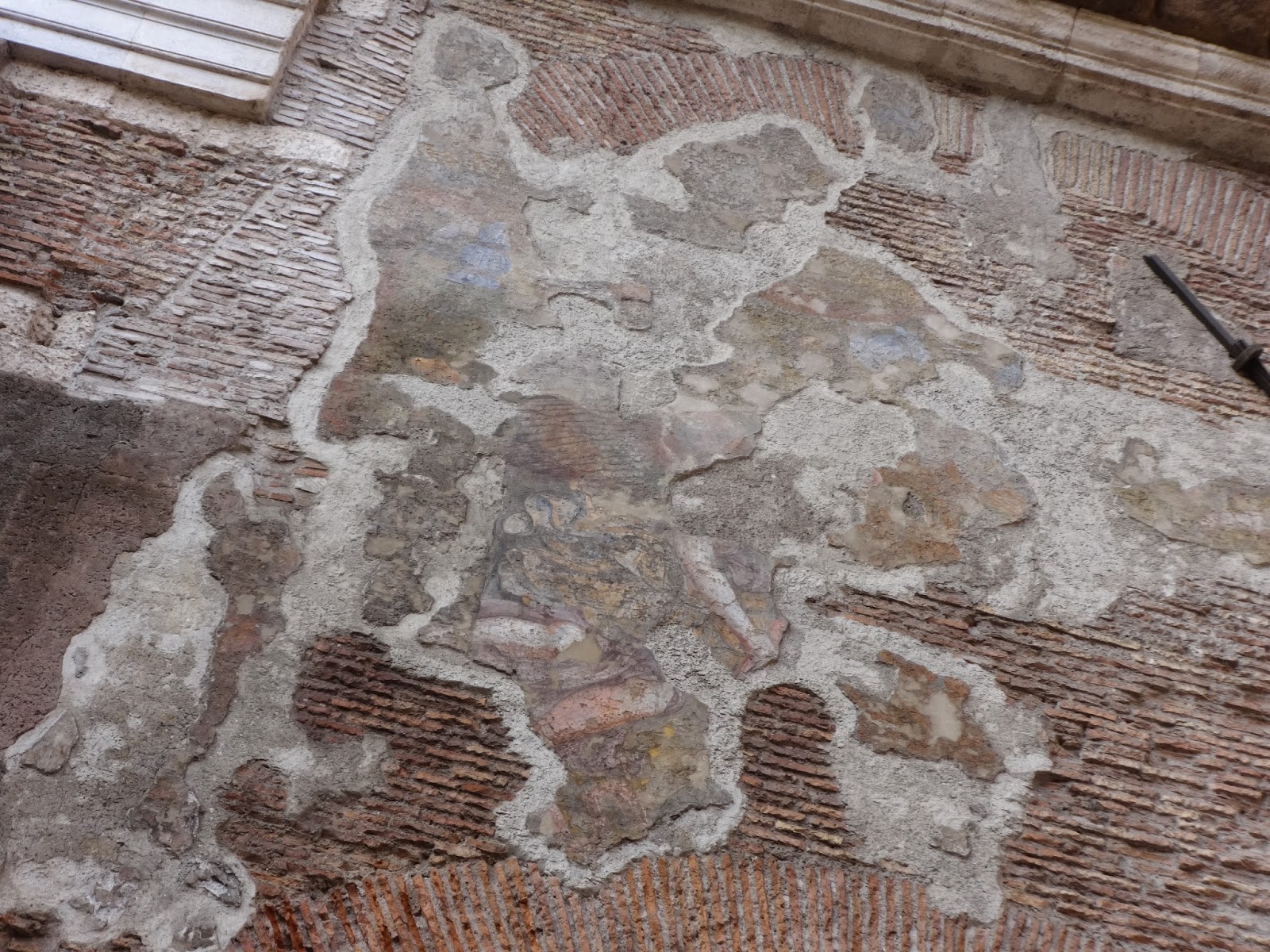 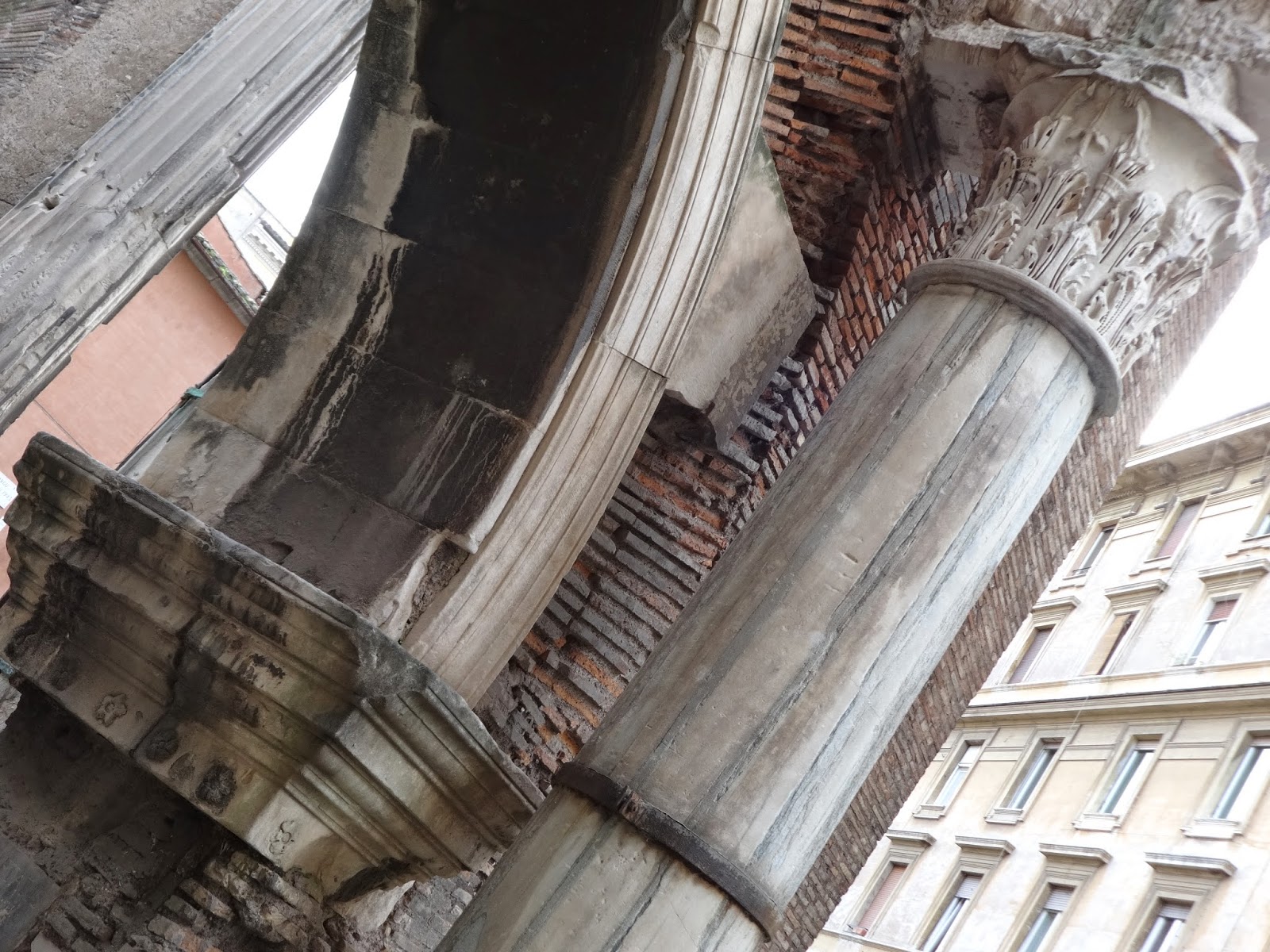 The Roman Ghetto lay nearby.  This district was established in 1555 as a result of a charter issued by Pope Paul IV that required all Roman Jews, then numbering around 2,000, to live within the confines of the ghetto.  The charter remained in effect, minus a gap here and there, until 1882.  The walls were torn down in 1888 and the ghetto was completely demolished.  It was the last remaining ghetto in Western Europe until Nazi Germany reintroduced them in the 1930s.  Three hundred years of isolation led to a certain attachment to the area, regardless of circumstances.  As a result, there is still a large Jewish presence in the district today. 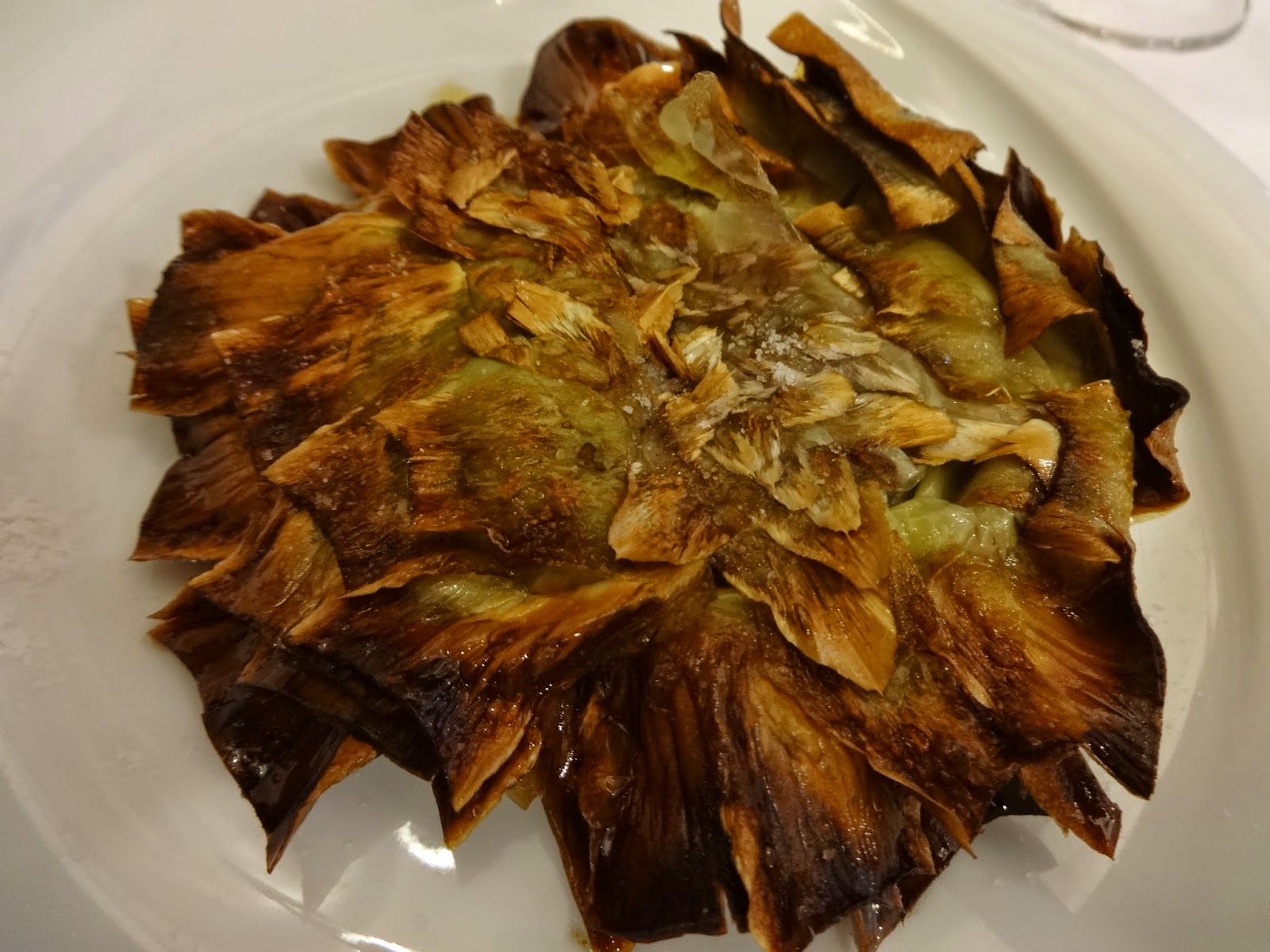 We stopped for a late lunch/early dinner at a delightful Jewish restaurant within the ghetto called Nonna Betta.  It was billed as "Kosher Style," which one can but assume means that they serve Kosher foods but are open during Shabbat.  No complaints from us, as we were hungry and it happened to be Shabbat.  We started off with the Jewish-style artichoke which I had never heard of but fell in love with.  That was so tasty that we each ordered a main course that also contained artichokes:  one lasagna, one pasta.  Yum Yum Yummy Yum Yum. 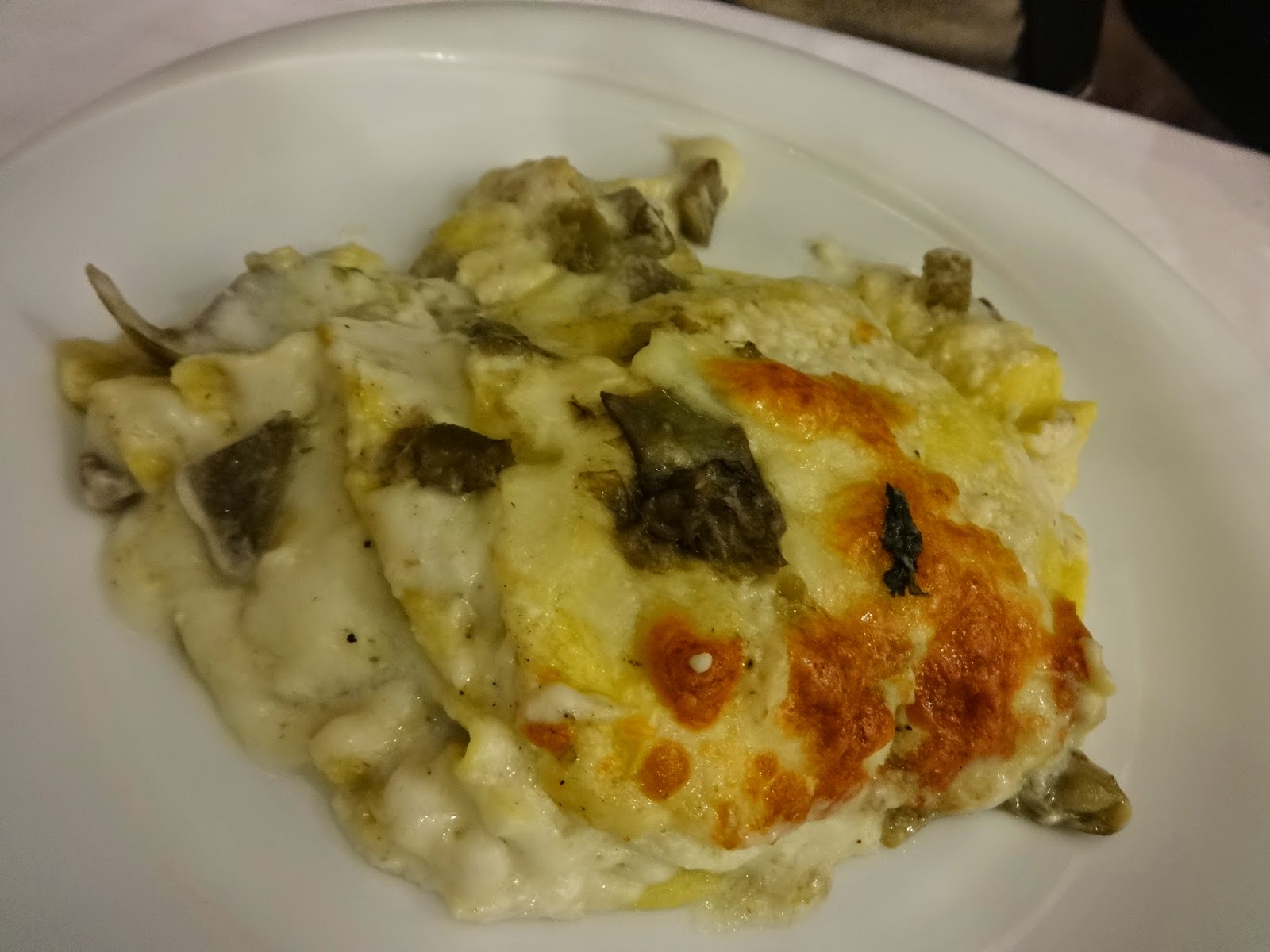 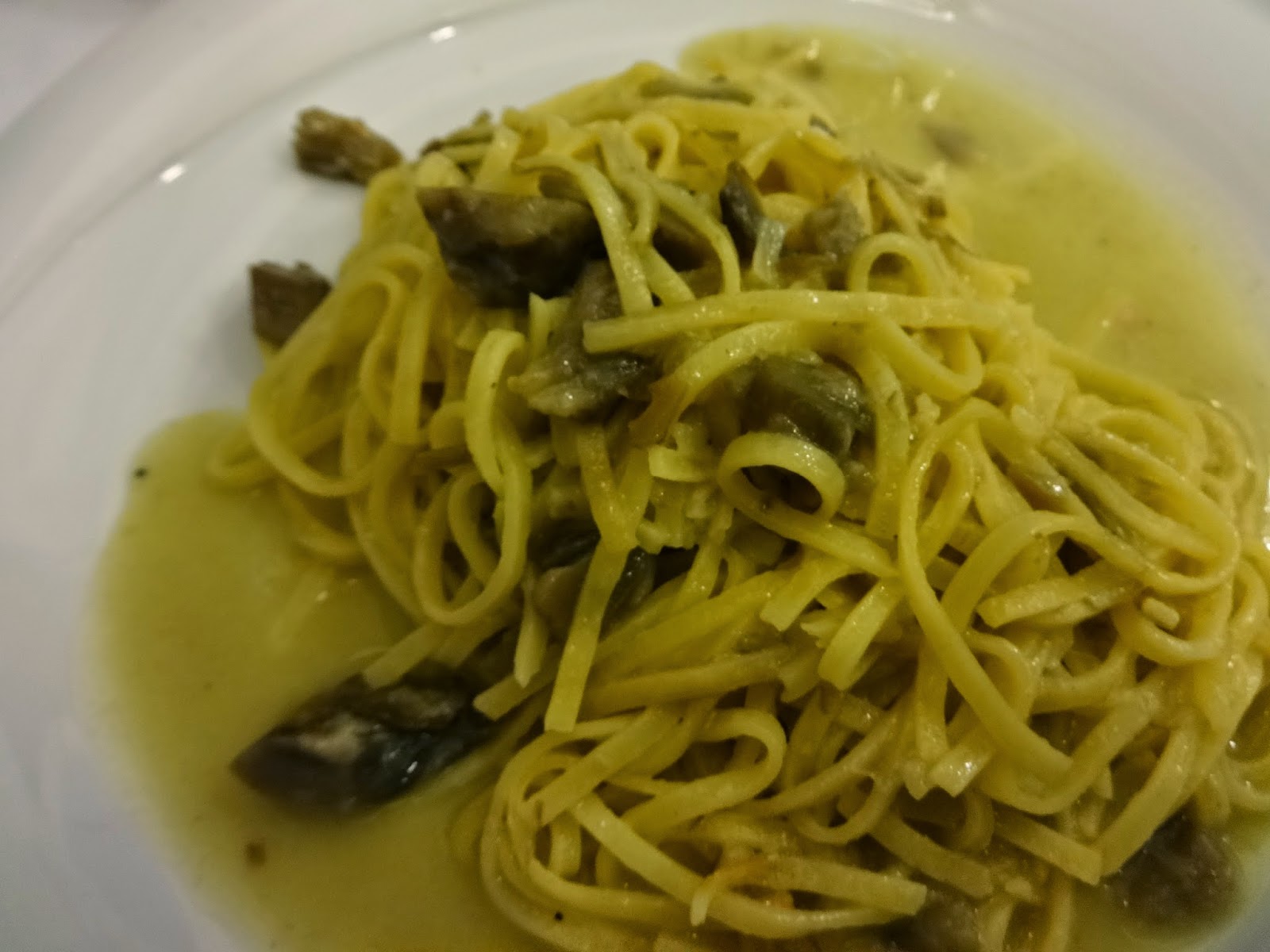 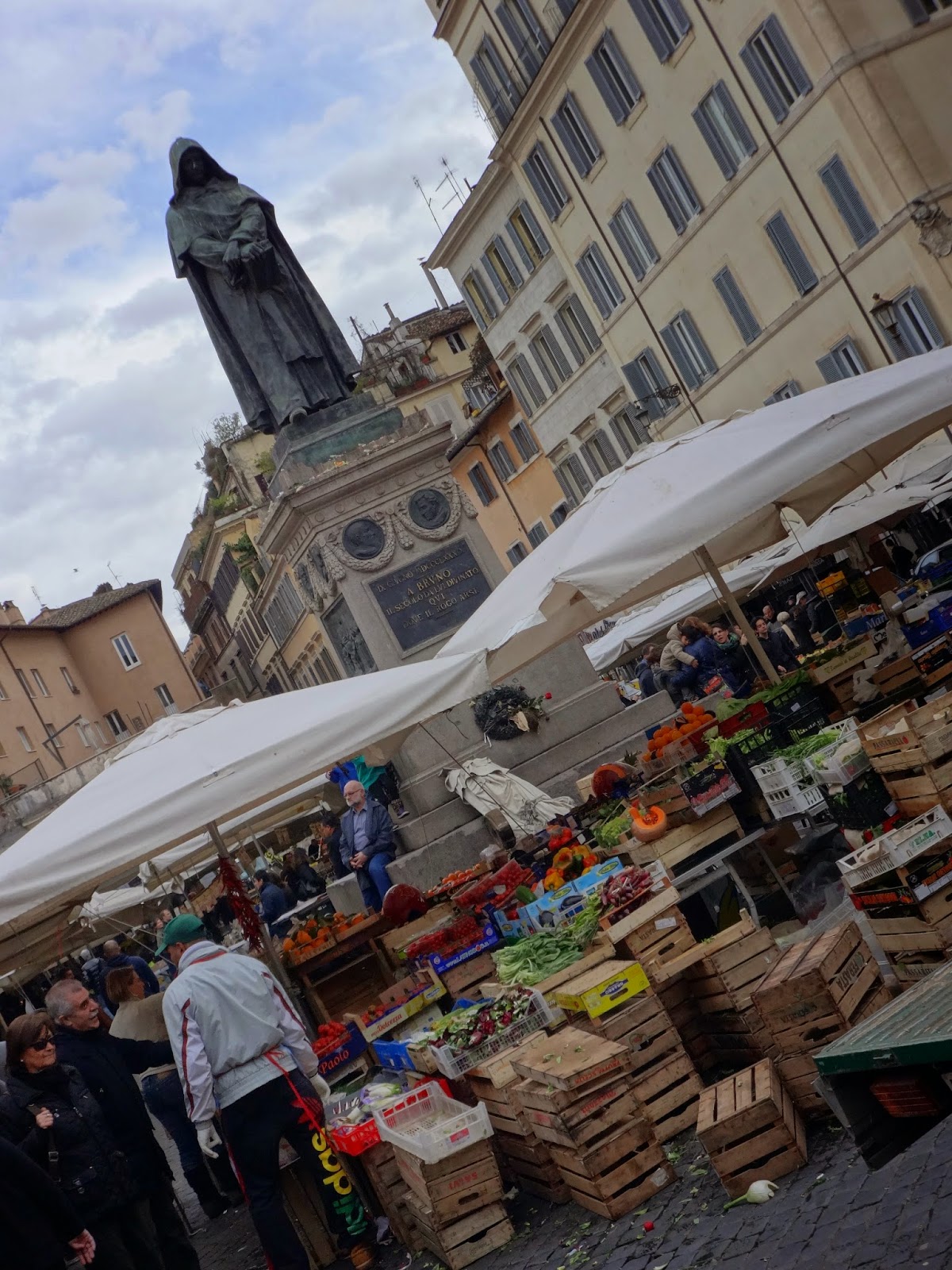 After such a filling lunch, we happily waddled our way into Comp de'Fiori, a rectangular square in which a daily market sprouts up around a statue of Giordano Bruno.  Bruno was an astrologer, friar, mathematician philosopher, and poet…none of which saved him from being burned at the stake in this very square in the year 1600.  The market, Rome's oldest,  is a good place to find fish, fresh produce, spices, and other trinkets such as kitchen utensils, toys, and various textiles.  There's also a vendor who sells the most beautiful floral arrangements you are likely to find in the city.  Being the exhausted tourists that we were, we neglected to take a moment to shop and instead found ourselves buying like crazy at the airport the following morning. 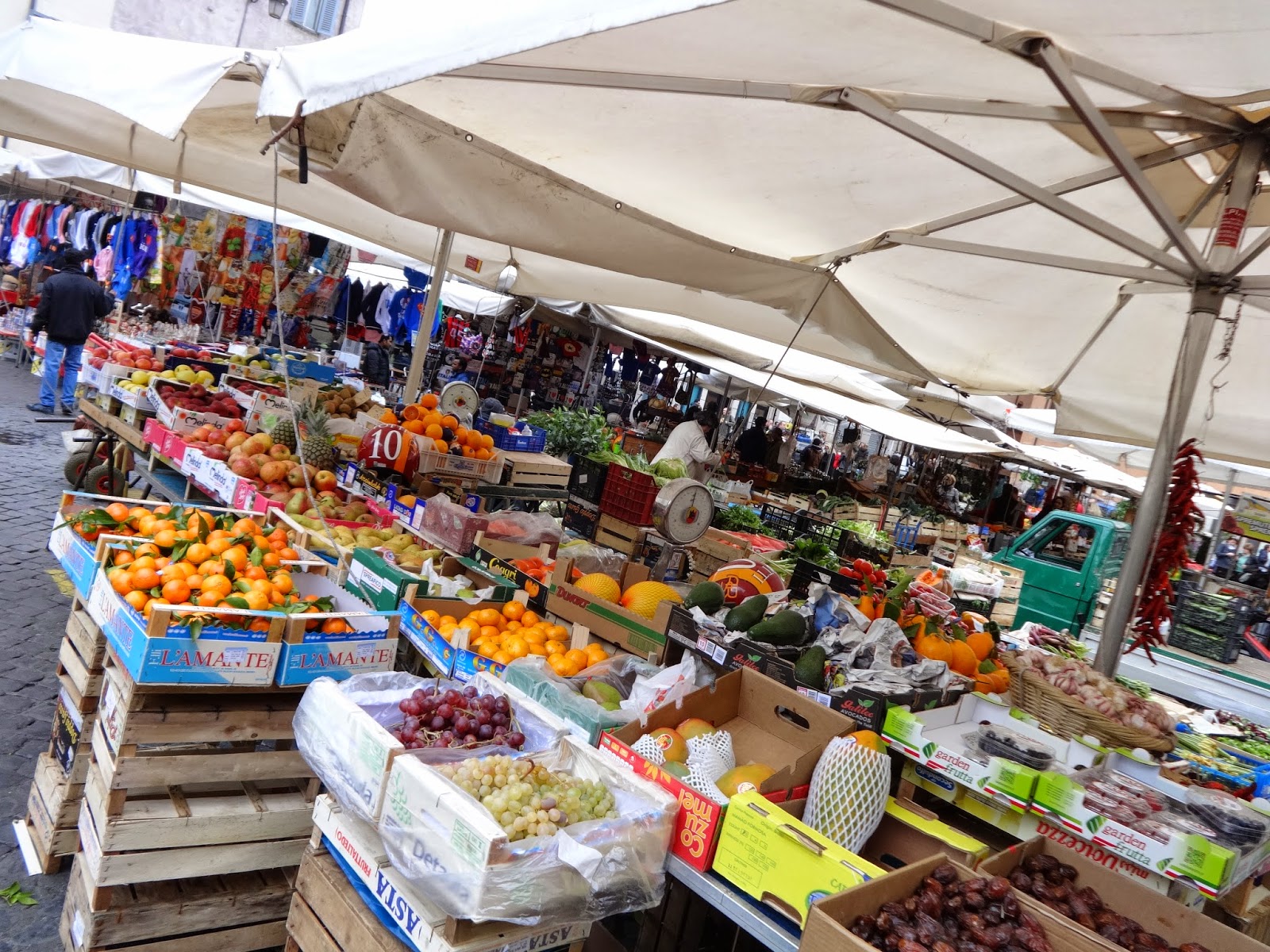 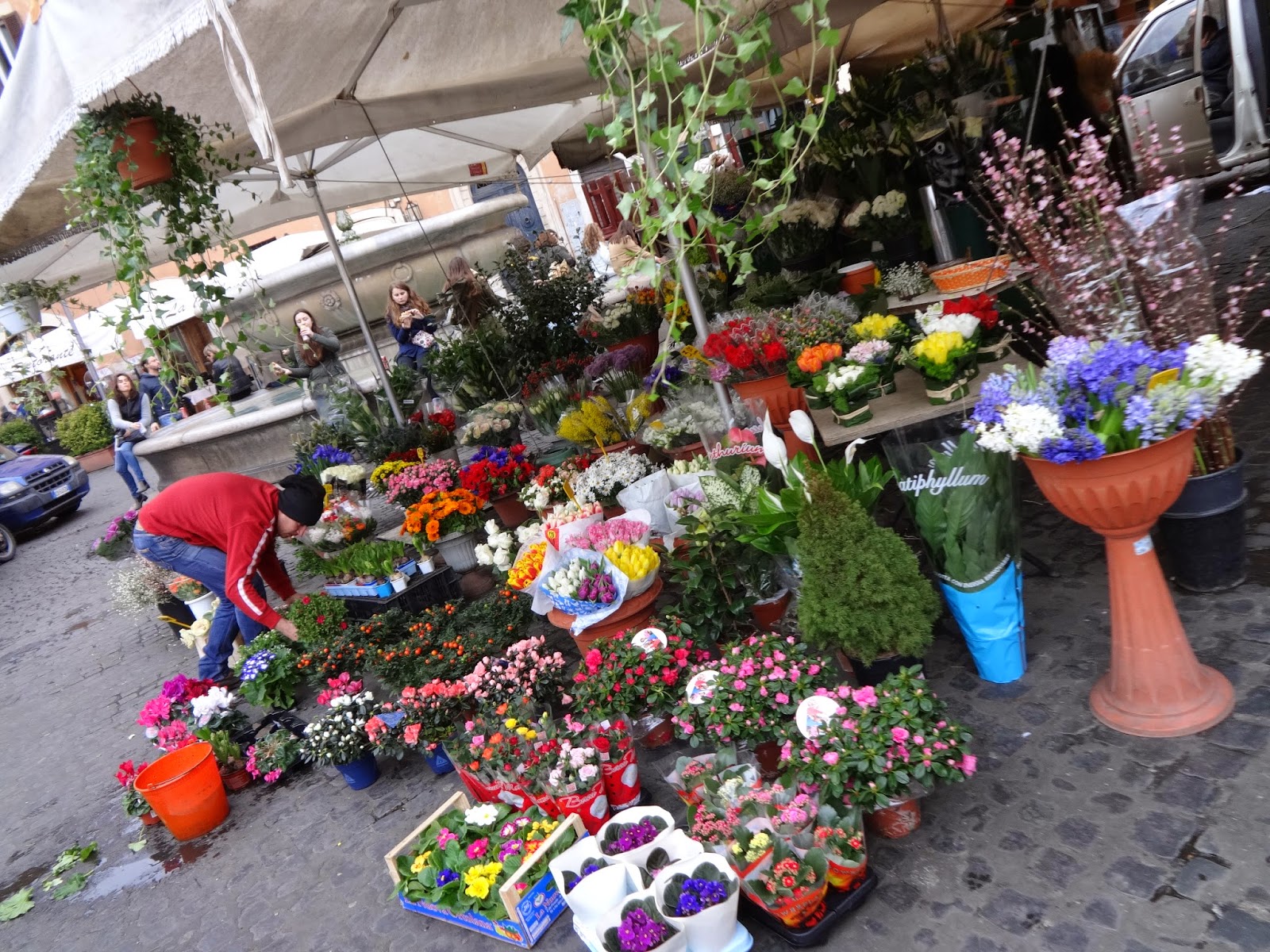 Random street views entertained us as we made our way to our final stop of the vacation... 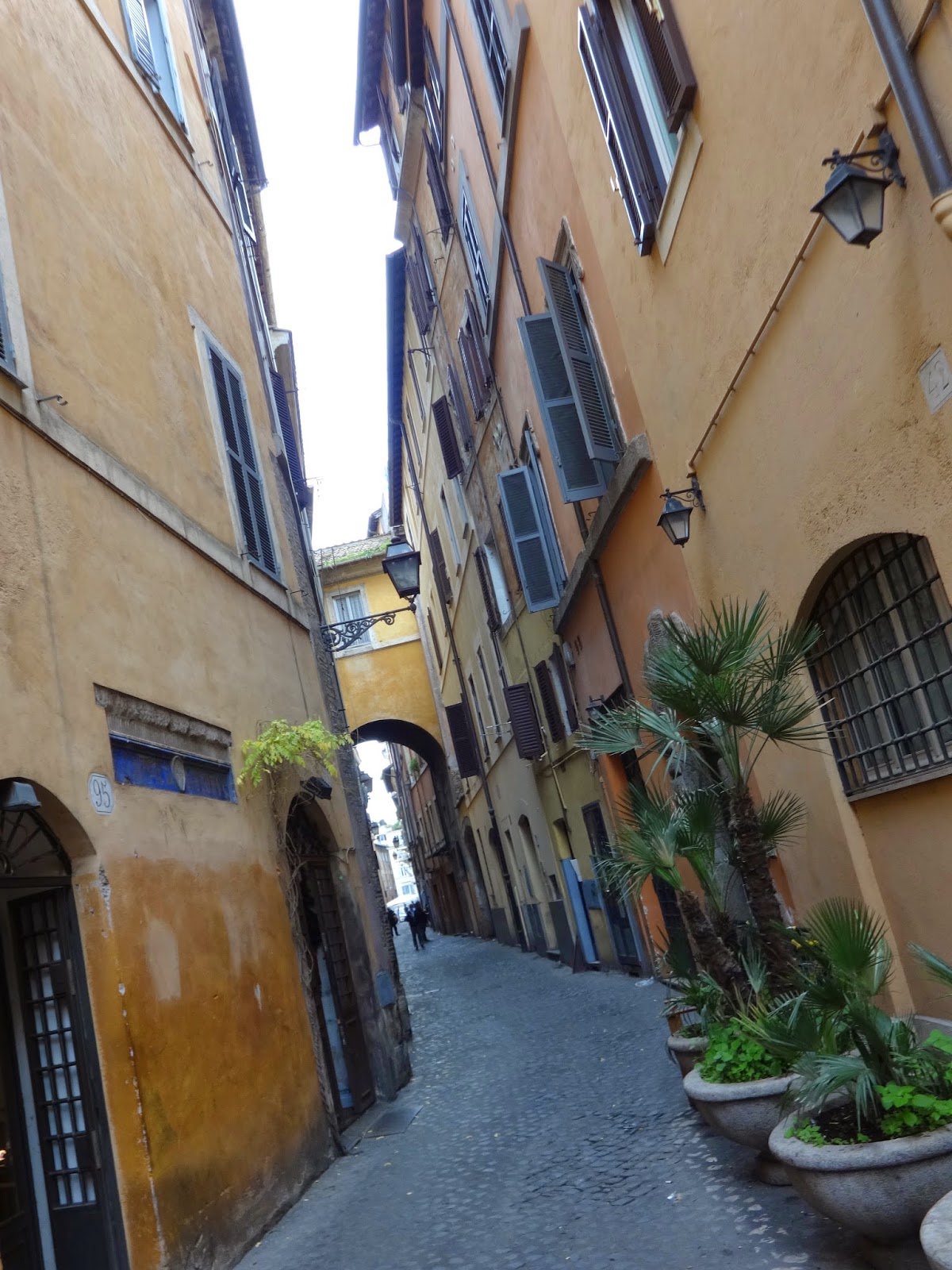 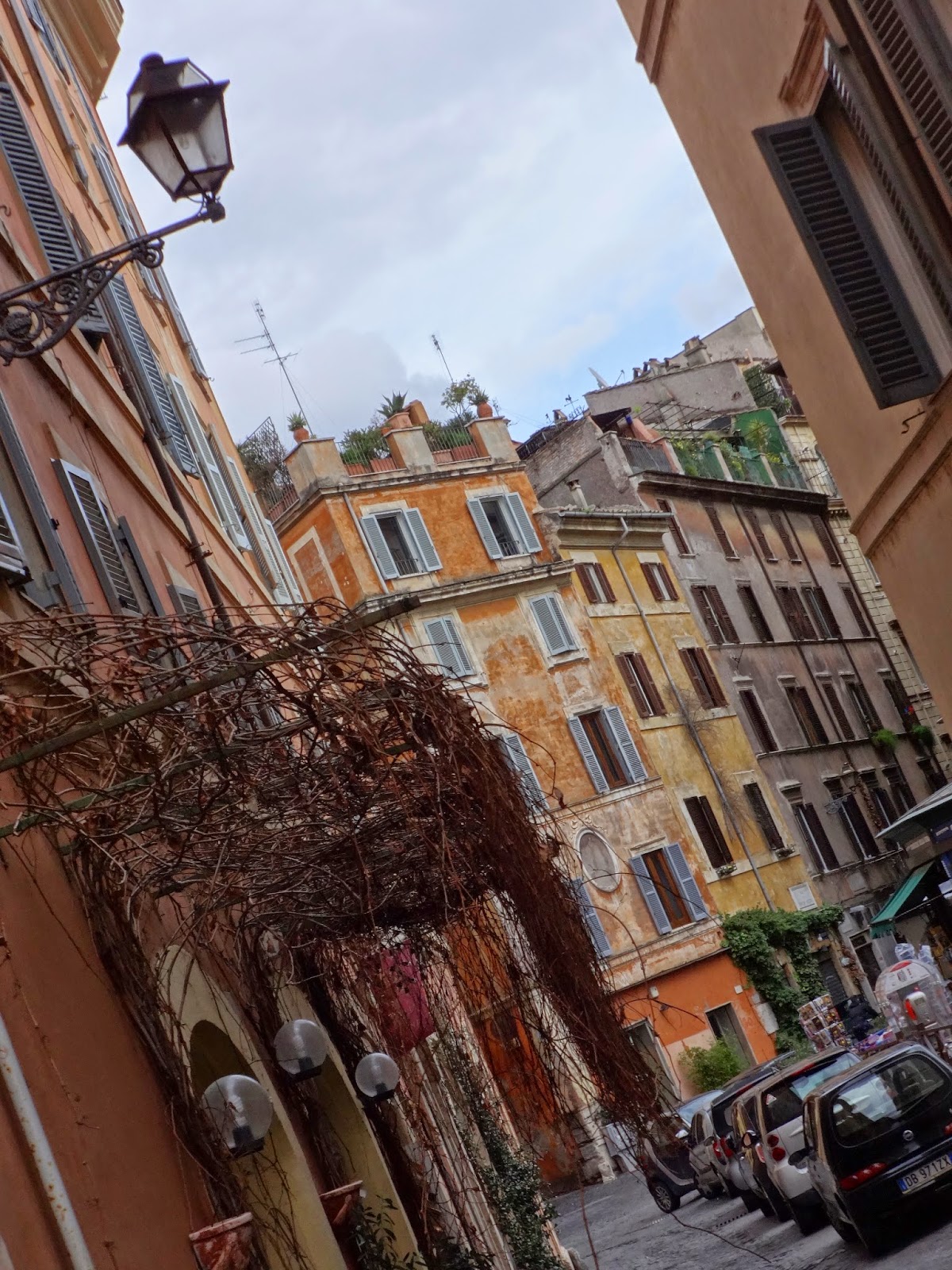 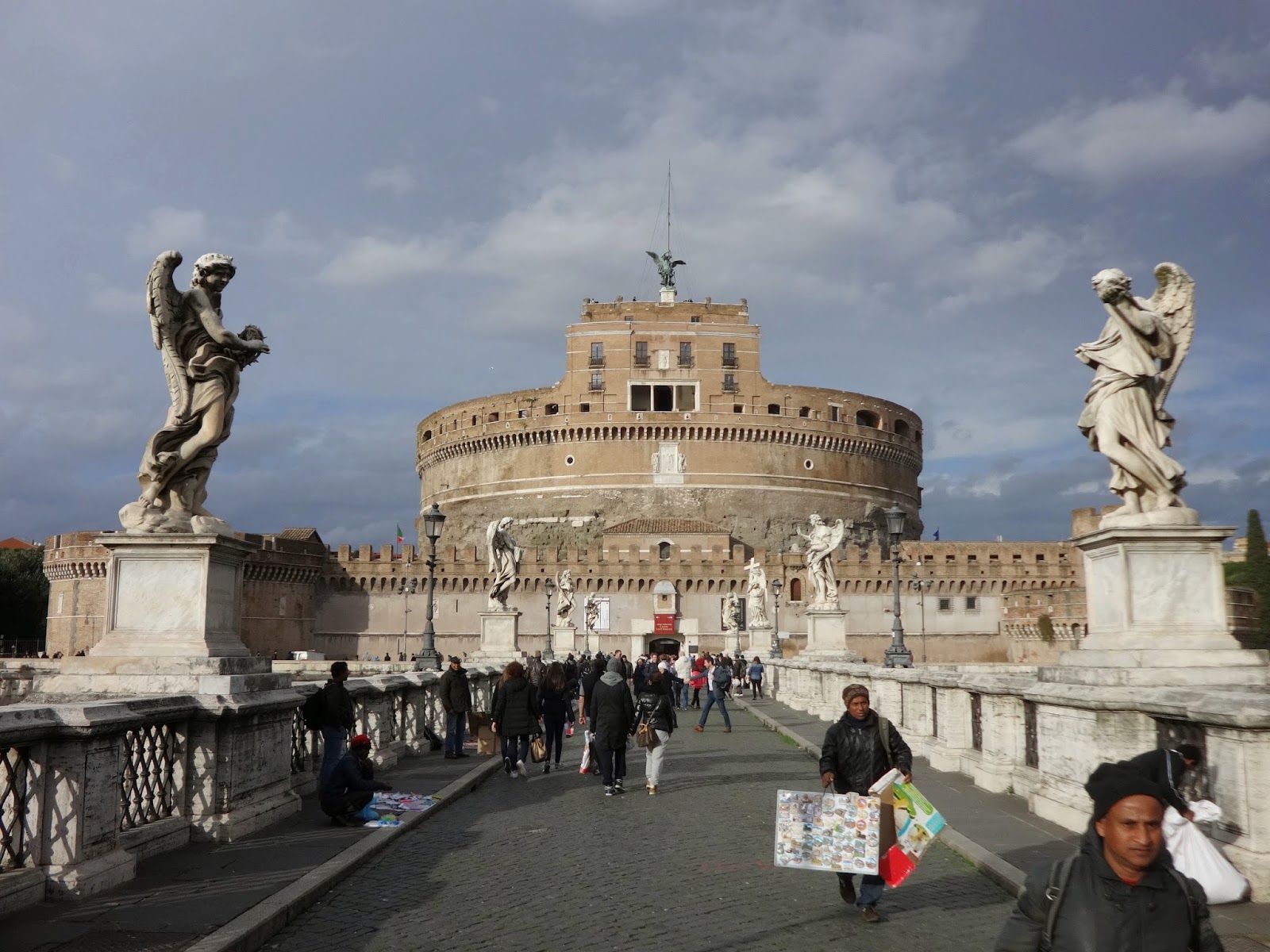 ...Castel Sant'Angelo, otherwise known as the Mausoleum of Emperor Hadrian.  Hadrian commissioned the site in 130AD to act as his final resting place,  but it was used by popes as a fortress and castle starting in 401AD.  This conversion to a military stronghold resulted in the subsequent loss of many of the tomb's contents and decorations.

As with most historical sites, it now serves as a museum. 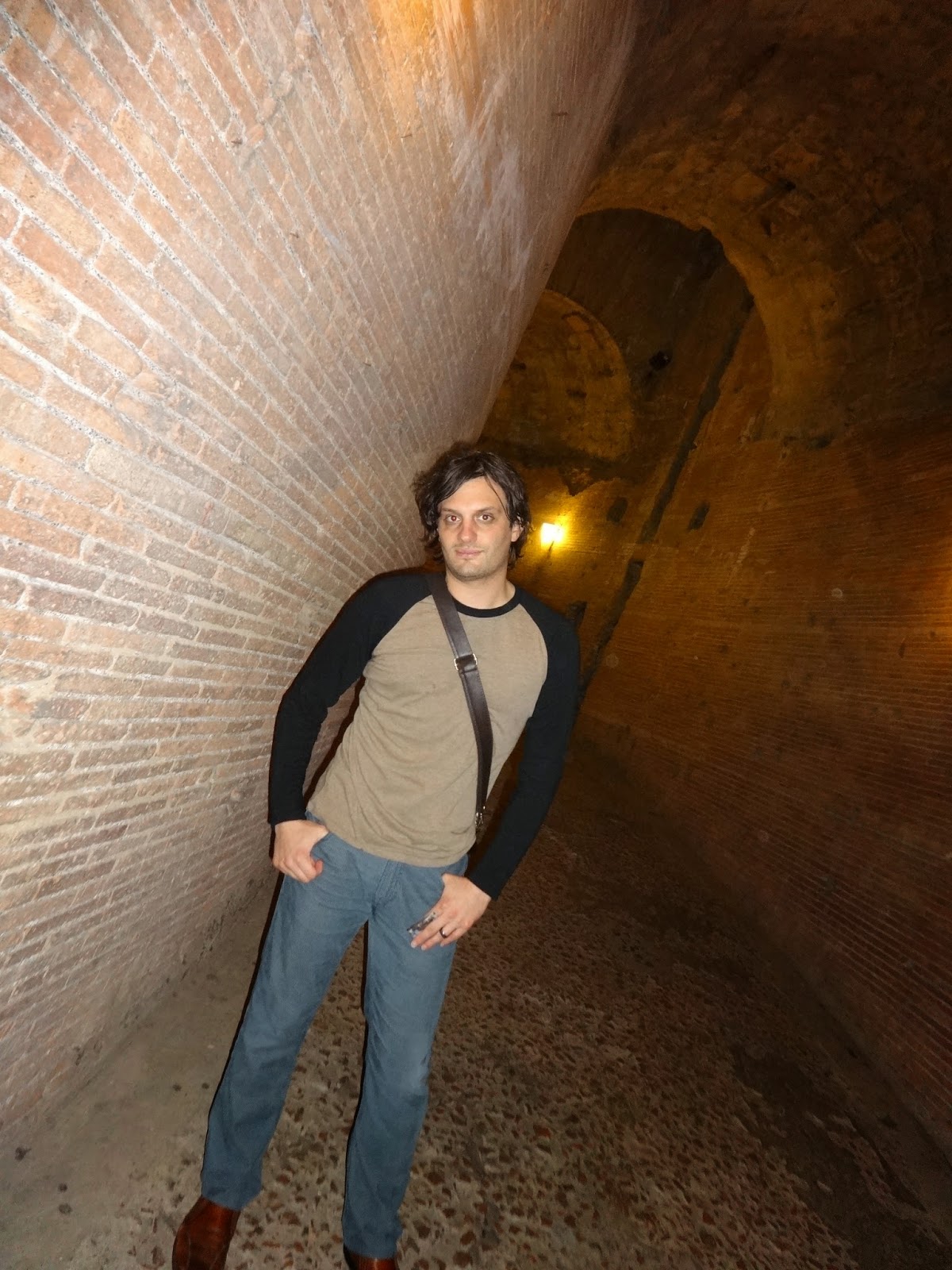 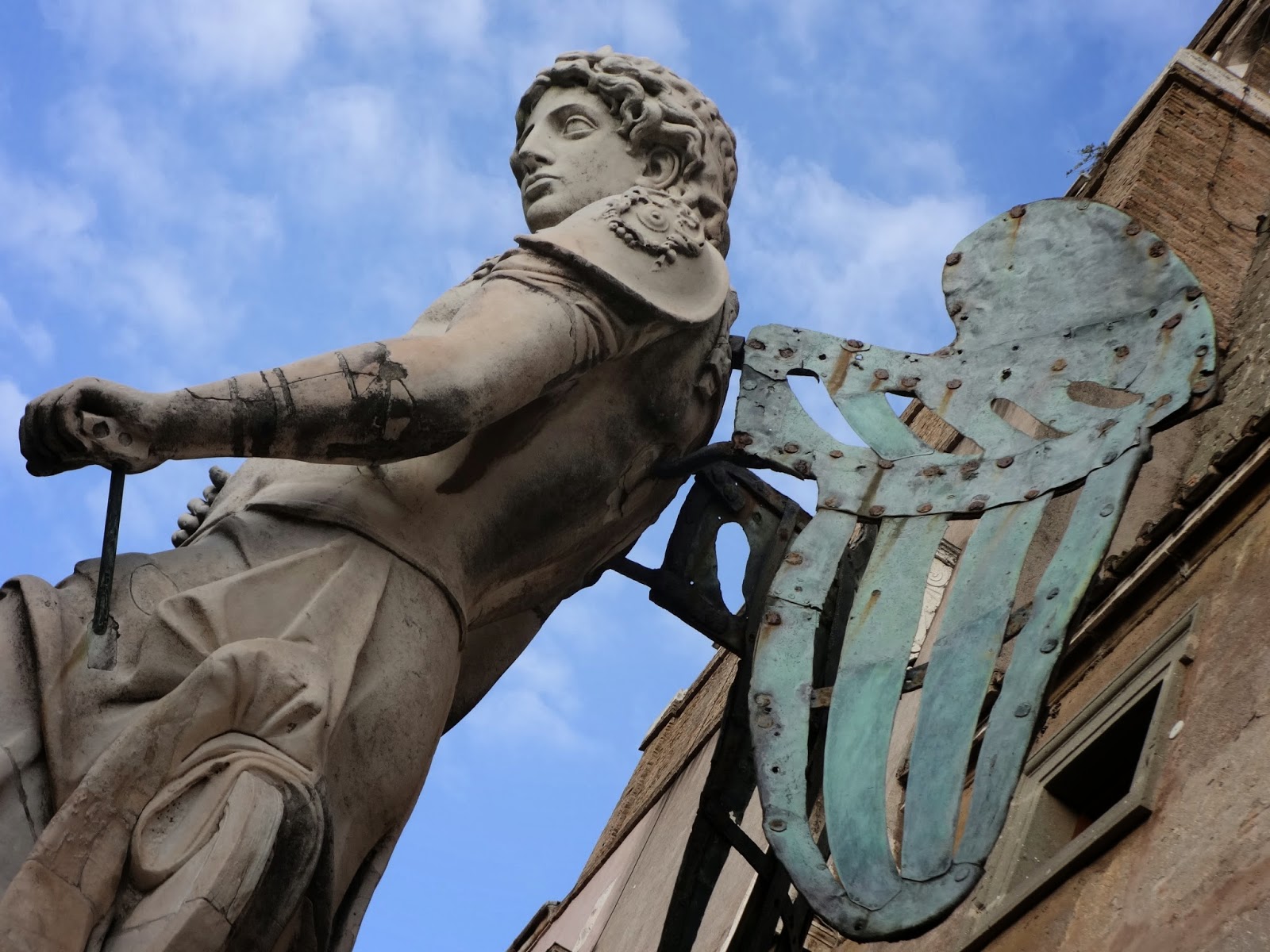 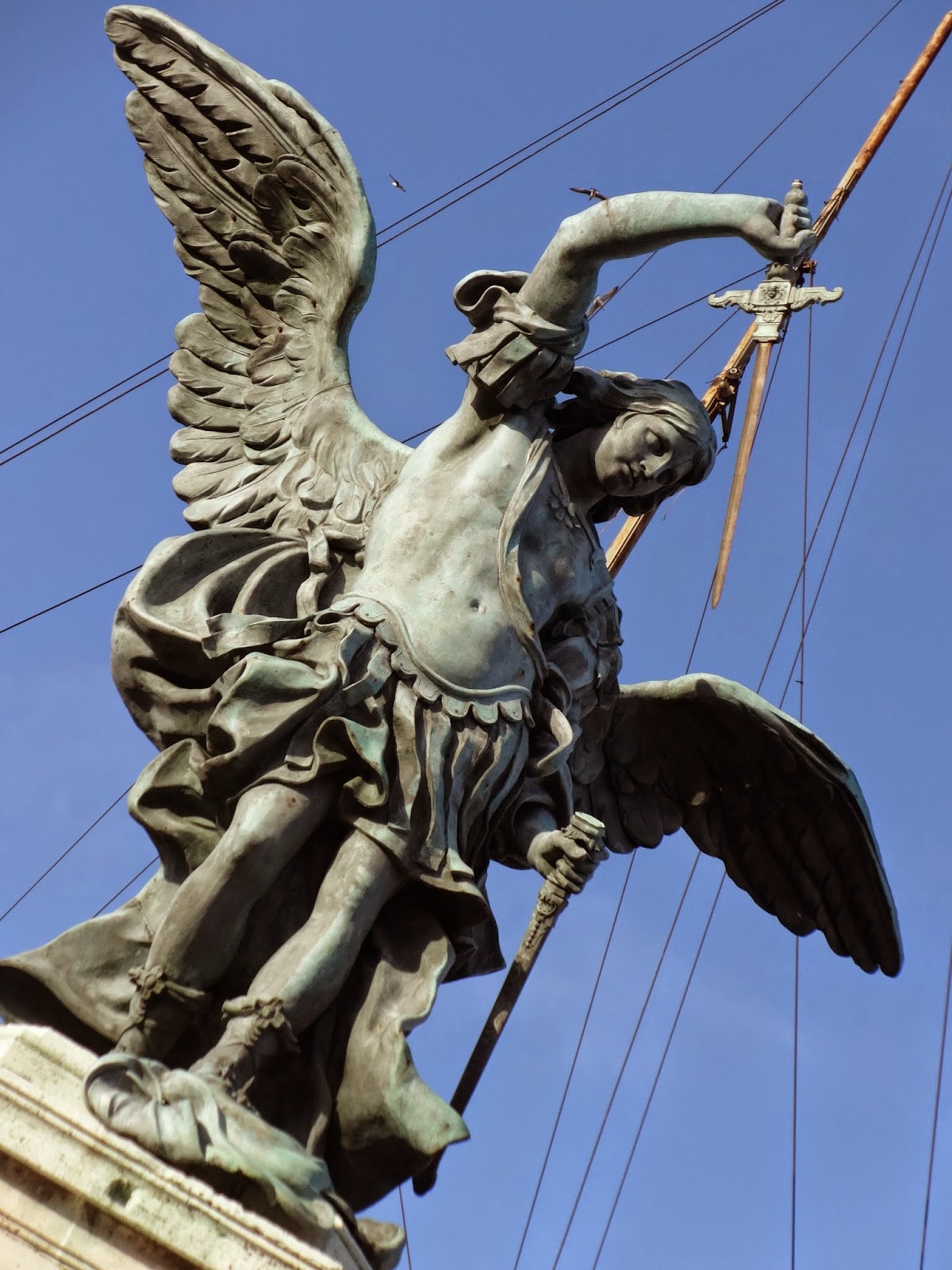 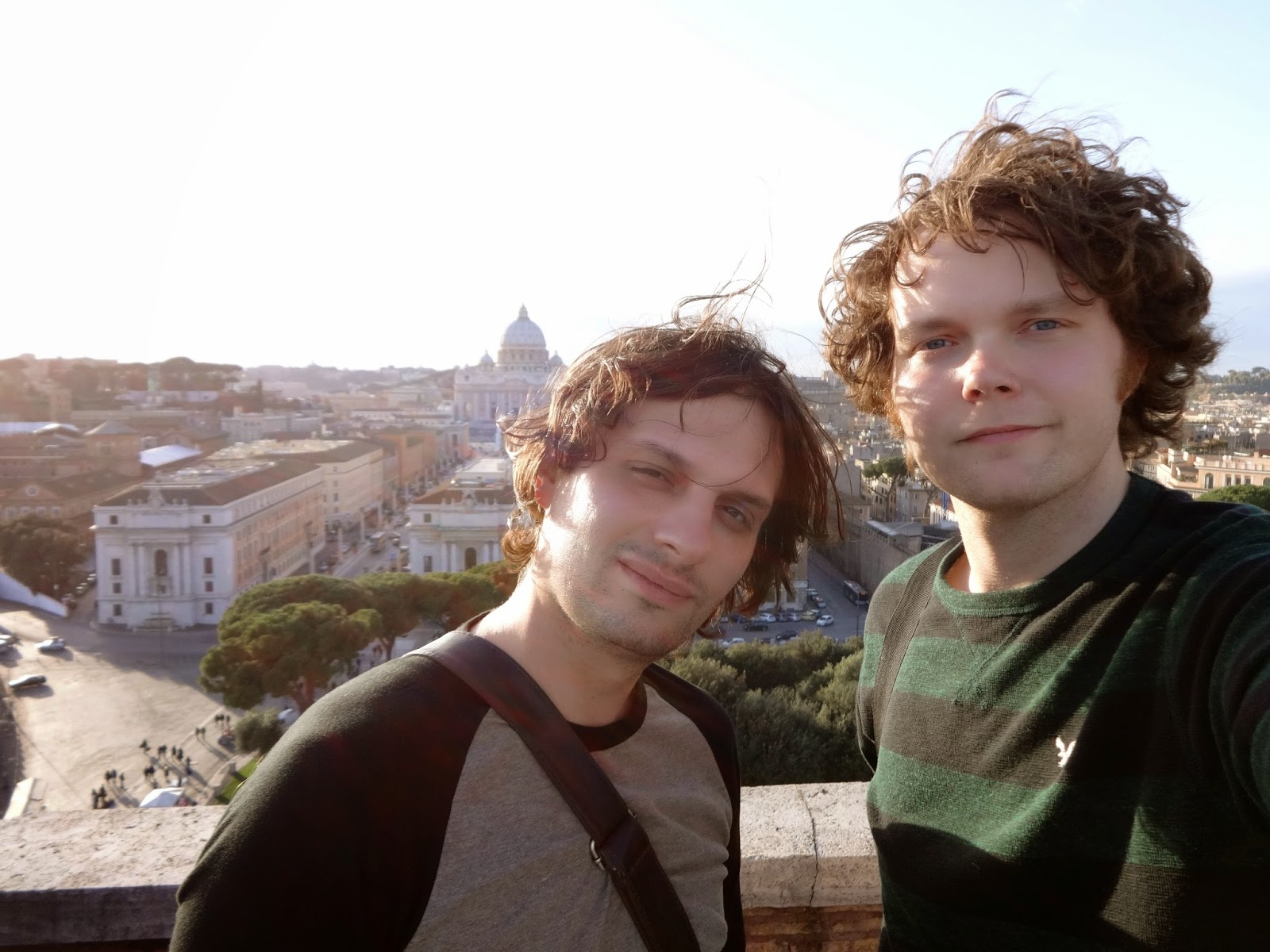 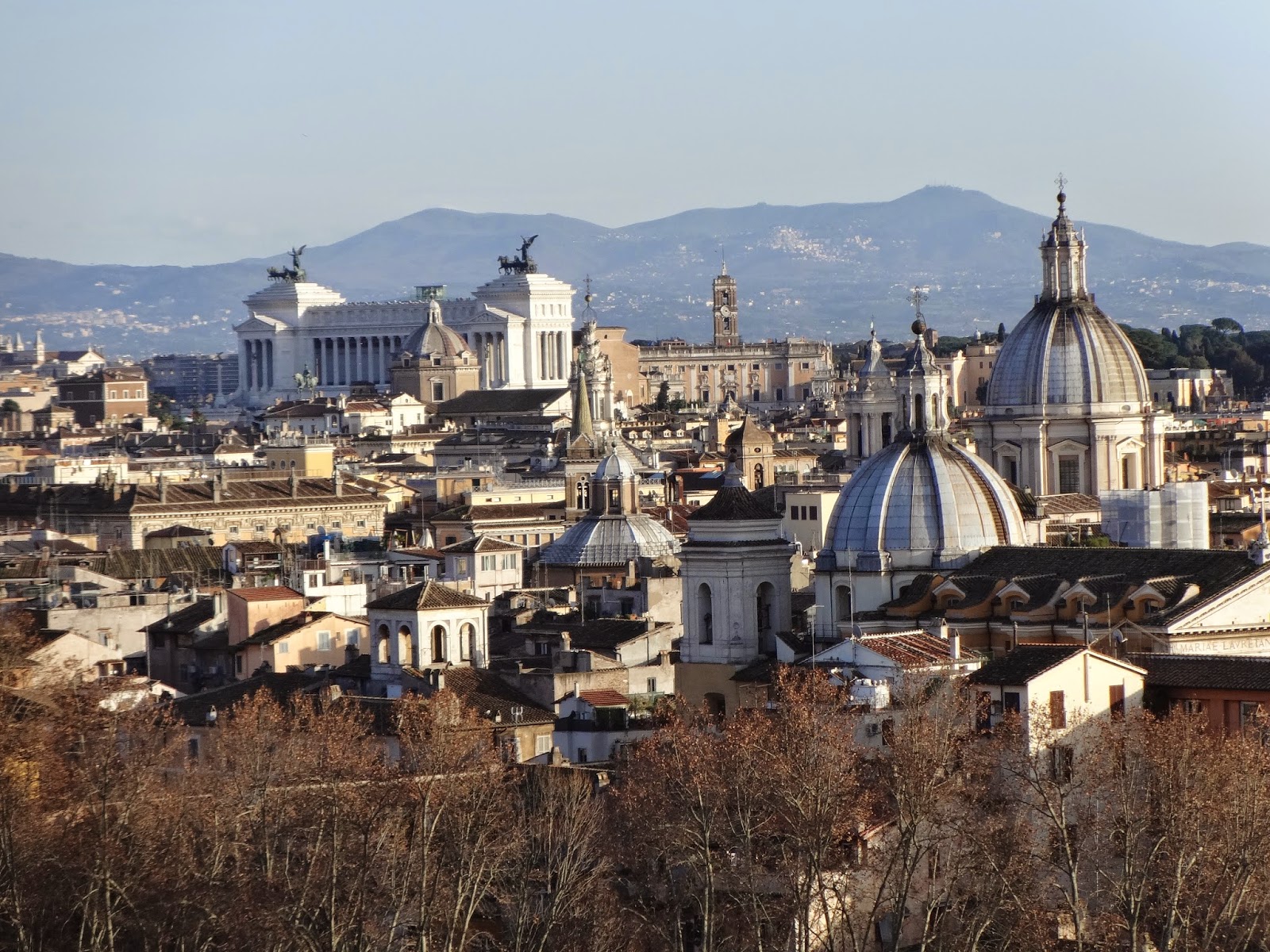 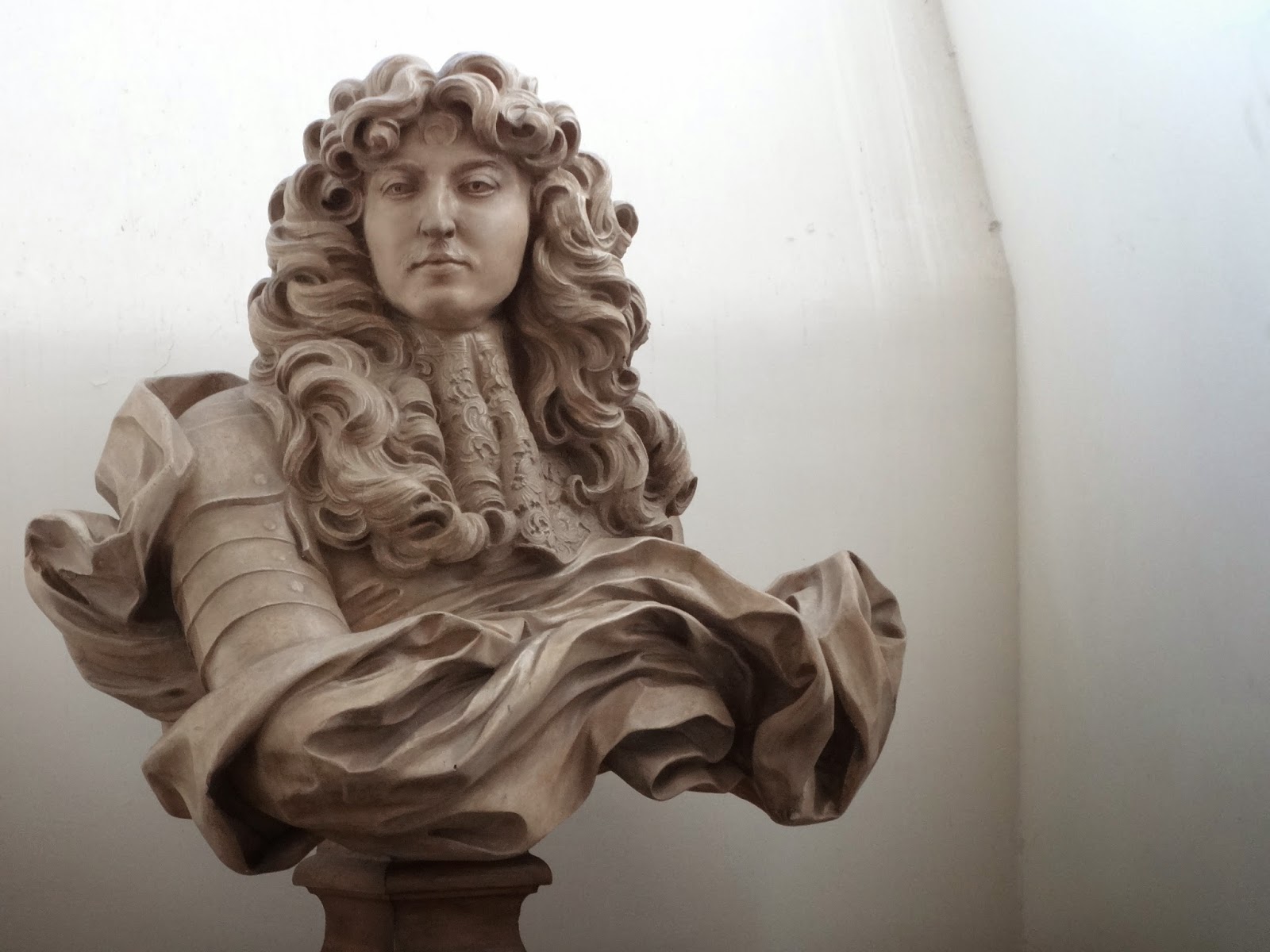 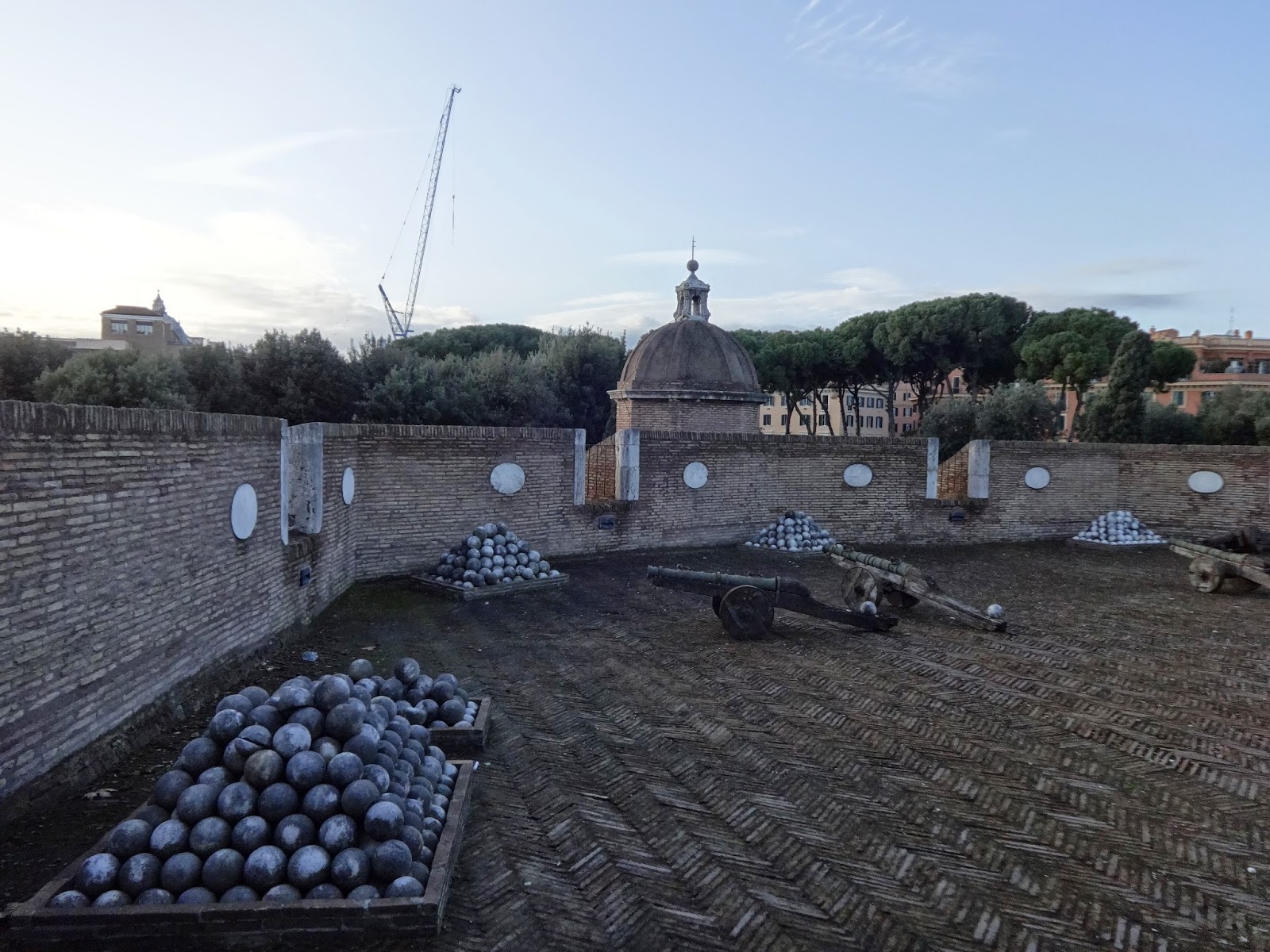 We return to the Vatican in an attempt to gain access to the gift shop.  At this point in our journey, we greatly regretted not purchasing the bust of Narcissus that we had ogled.  They wouldn't let us in for five minutes, even with an escort, to drop 200 euro in the gift shop, unless we could present our previous entry ticket.  It was in our suitcase.  At the hotel.  I was sad.

But then we had gelato.  And it was oh, so good. 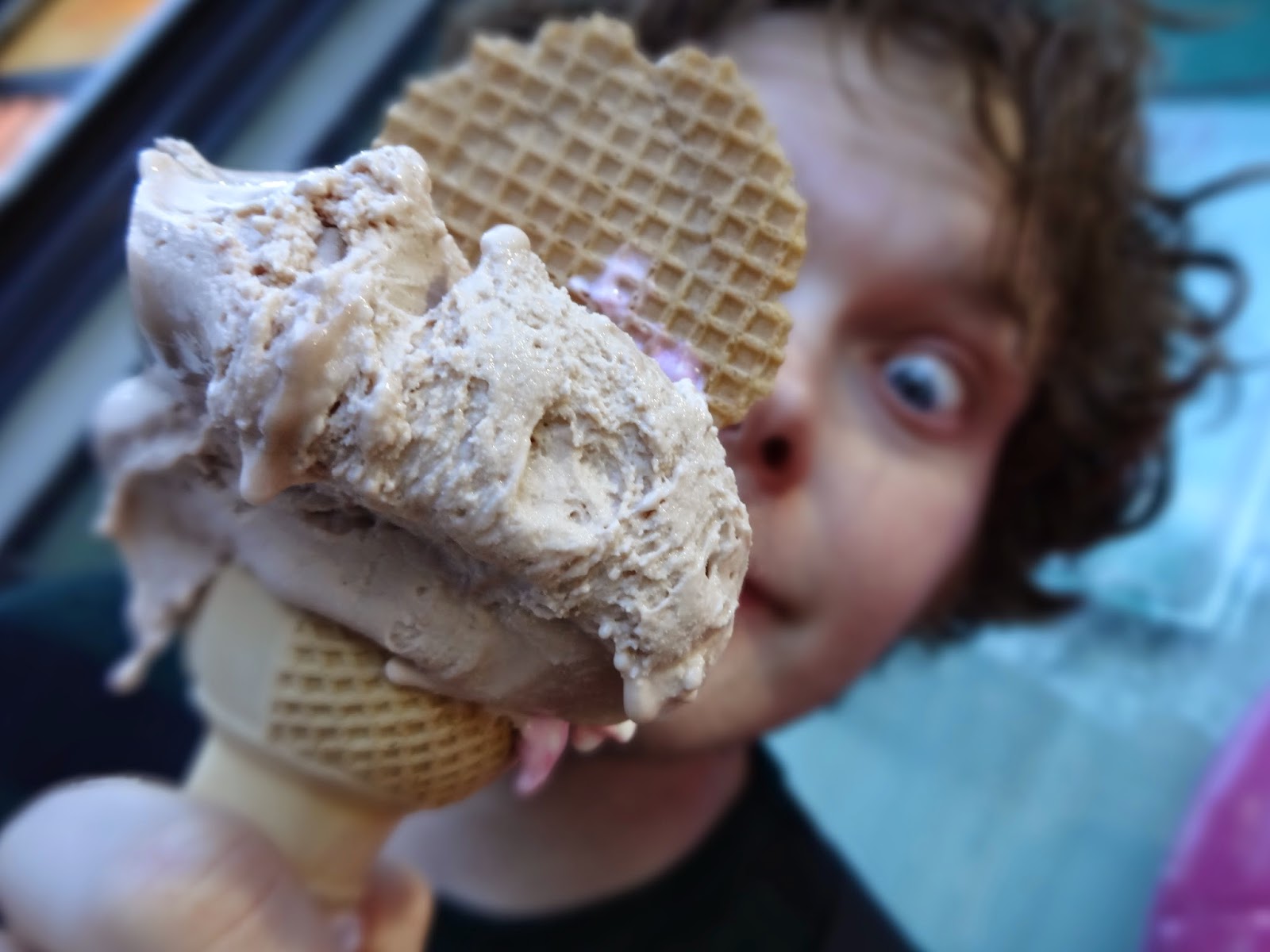 I'll be more diligent going forward so that these posts are timely and relevant (and fresh on my mind).

It's a tragedy that it took almost six months to chronicle the entirety of our first anniversary.  But it's also exciting to realize that I'm only six months away from our second.
Posted by Aaron at 11:39 AM