After nine non-stop days of heavy vacationing, and understanding that our next stop would be an overnighter, we decided to take it easy in Izmir.  All excursions would have involved travel outside of the city and there wasn't anything we were dying to see anyway, so we opted to sleep in a little and then leisurely stroll the town.

Prior experience had taught us not to expect much in a port town if you haven't planned an excursion, but Izmir proved to be the exception to that rule. 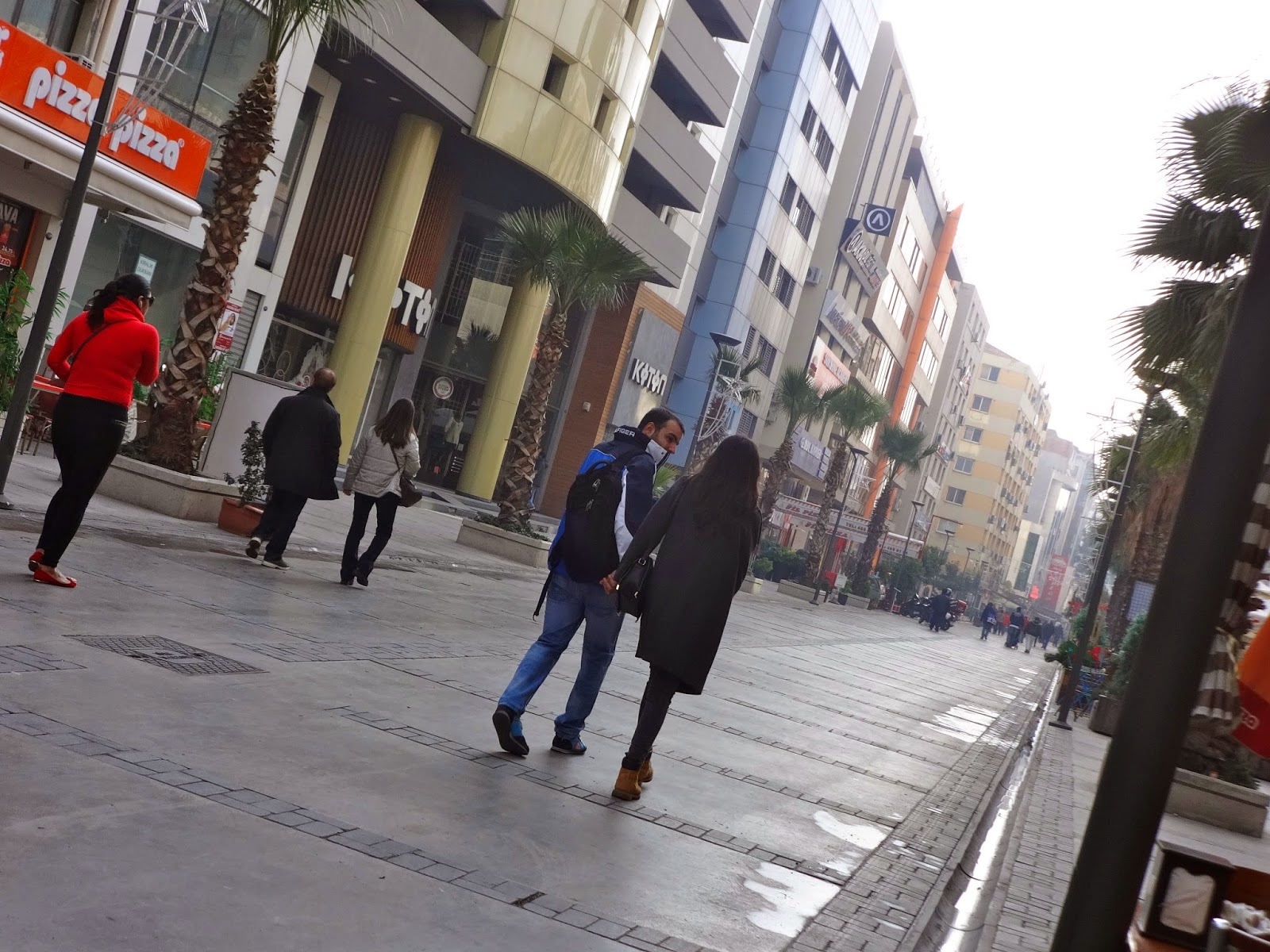 Izmir, the third most populous city in Turkey, turned out to be a bustling beach town full of restaurants, cafes, and high end fashion boutiques.

We disembarked and headed for the nearest coffee shop that also offered free Wi-Fi, then promptly disconnected from any and all conversation for approximately 30 minutes.  After a strong Turkish coffee and the tastiest chocolate pastry in the history of ever, we walked into a Starbucks where I purchased a coffee mug but avoided all consumables.  I may be a tacky tourist, but I wasn't feeling that tacky on this particular morning.

We walked along the beach for a while, where we found, in what I have since learned was Gündoğdu Square, the Republic Tree Monument, which commemorates the 80th anniversary of Turkey becoming a republic. 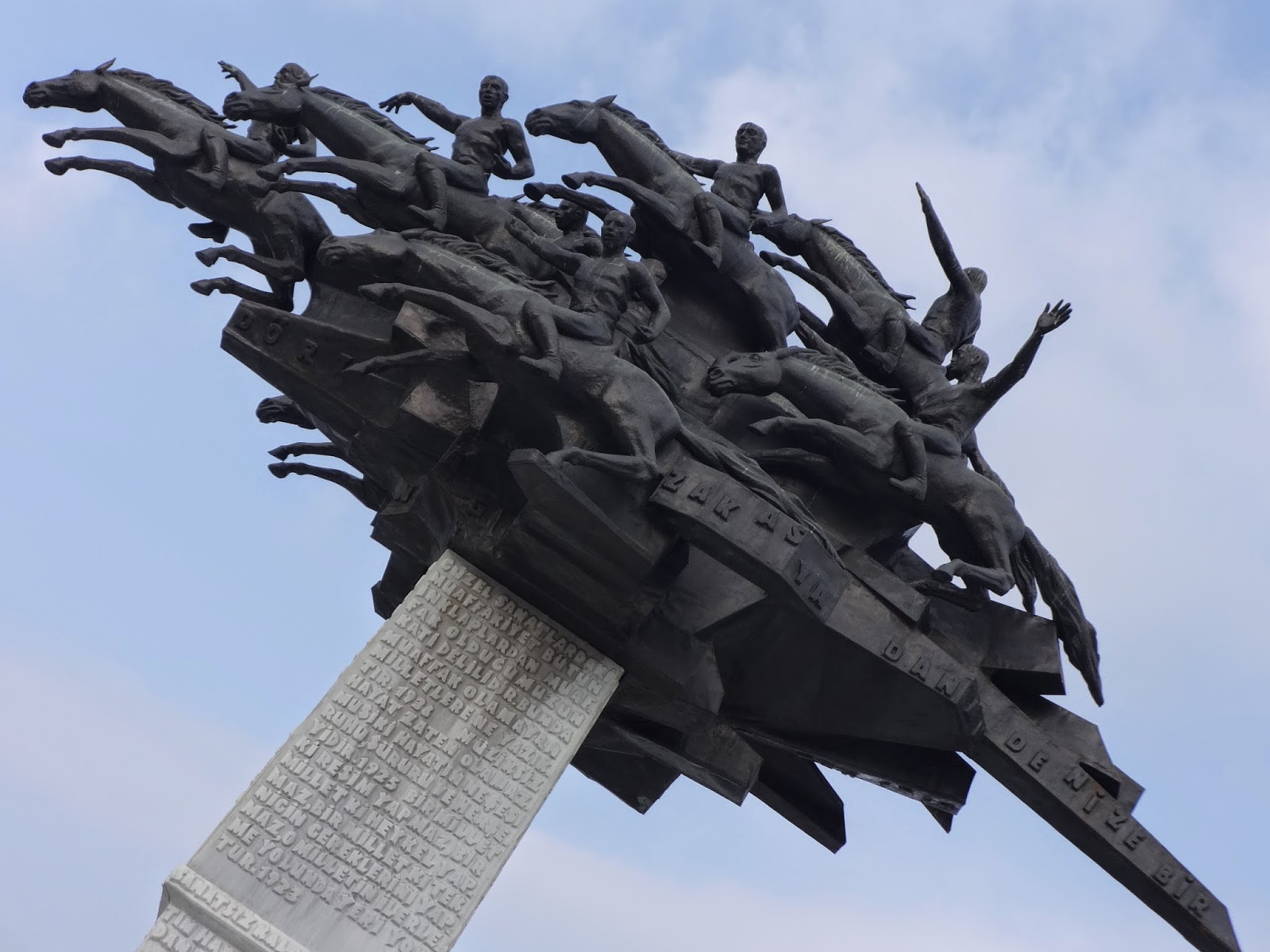 Leaving the beach, we headed into the heart of Izmir, and found what appears to be the entrance to Universal Studios Turkey.  We searched high and low, but couldn't find the ticket booth. 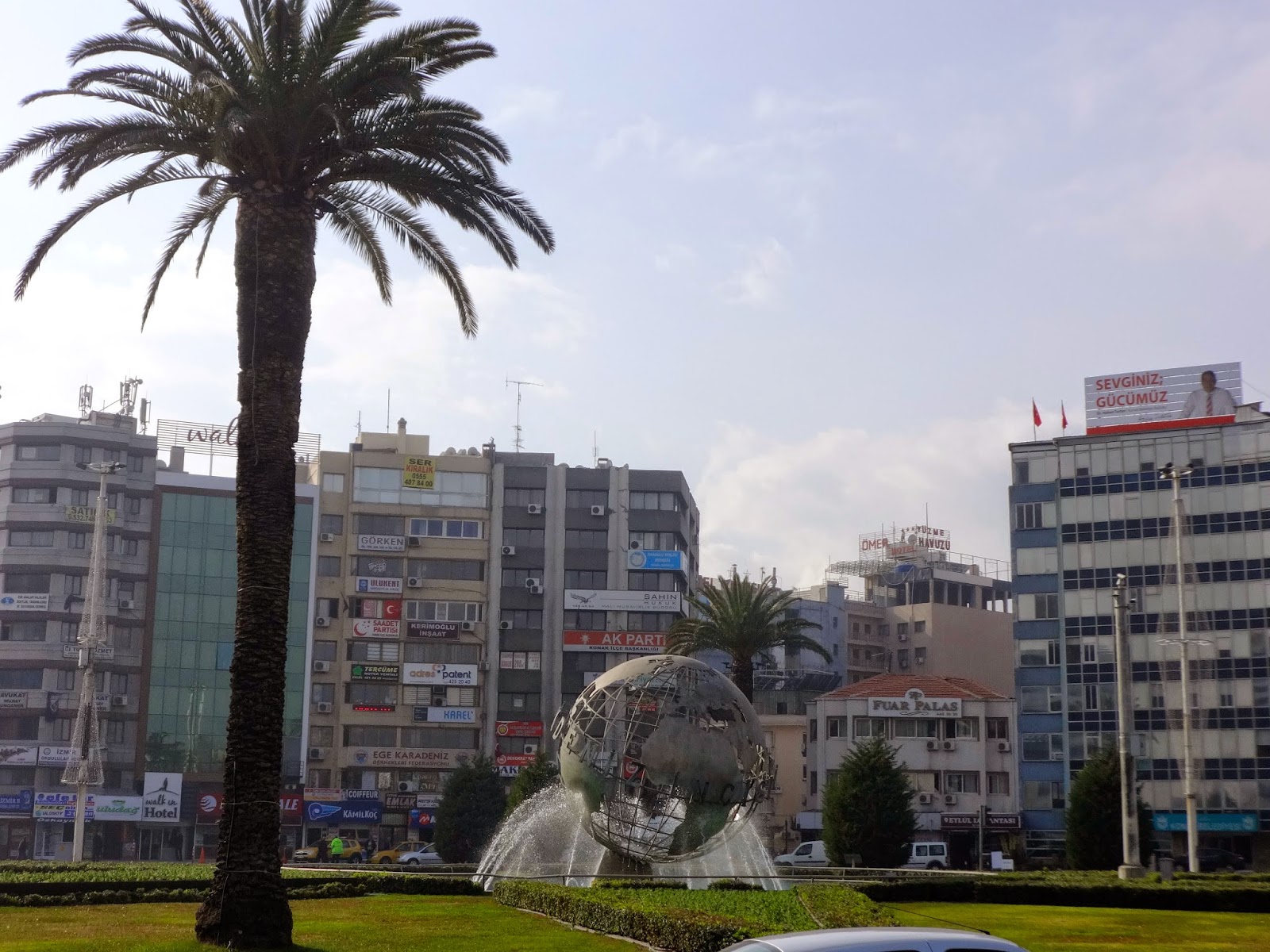 We also stumbled across the Yalı Mosque and the Izmir Clock Tower, both located in Konak Square.  Here is the obligatory photo to prove that we were actually there. 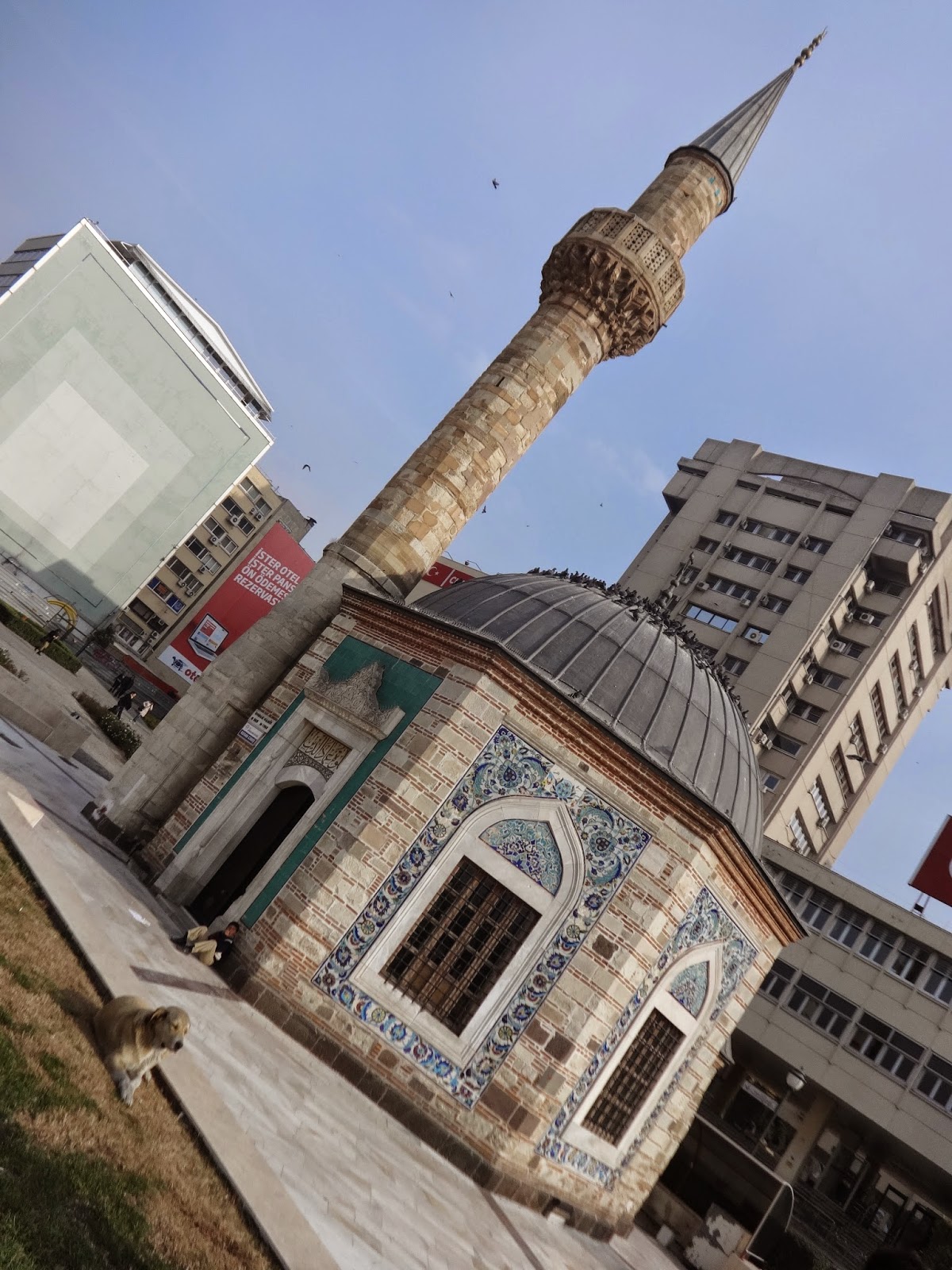 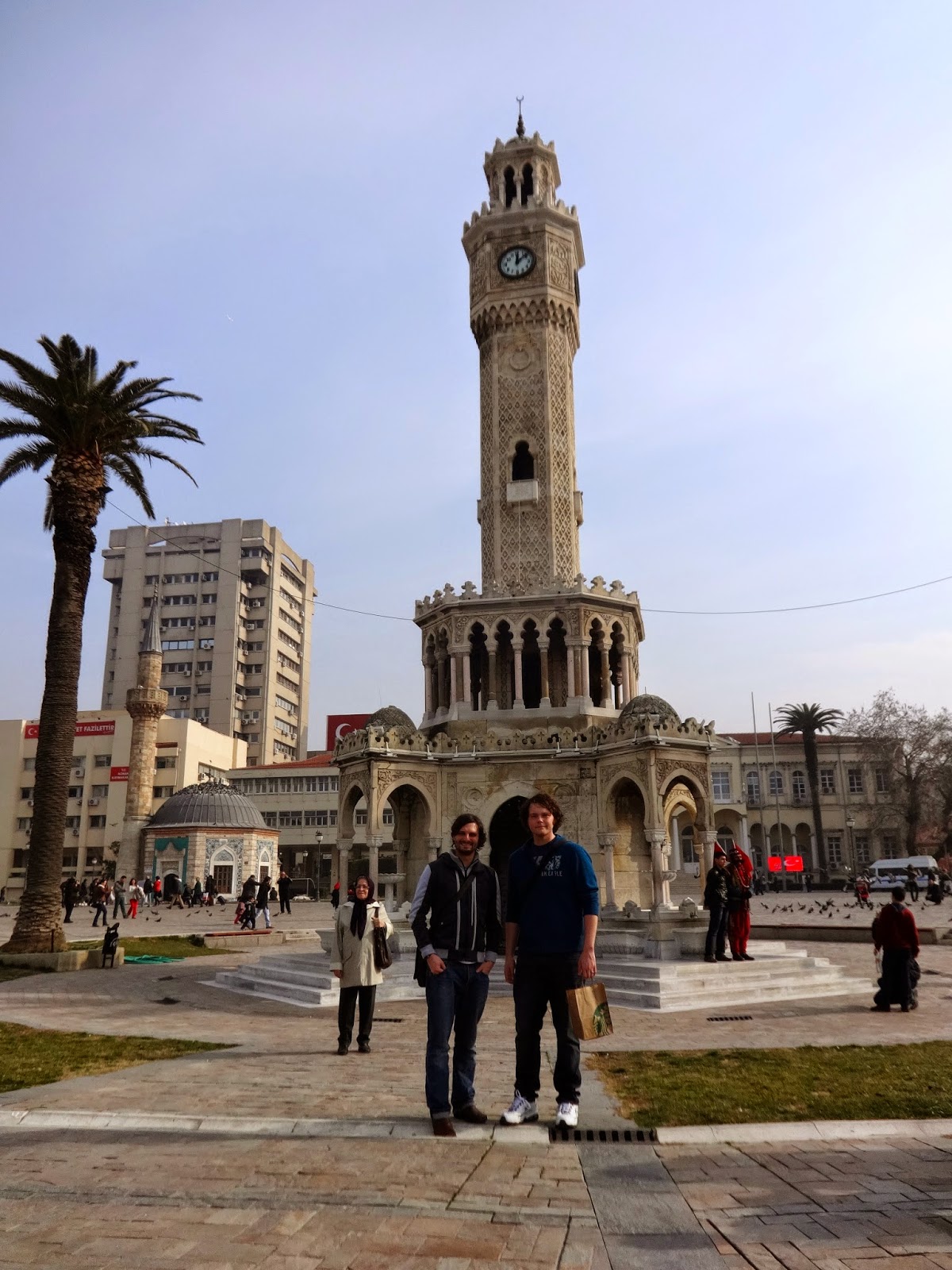 Moving along, we found the Devlet Opera and the Salepçioğlu Mosque. 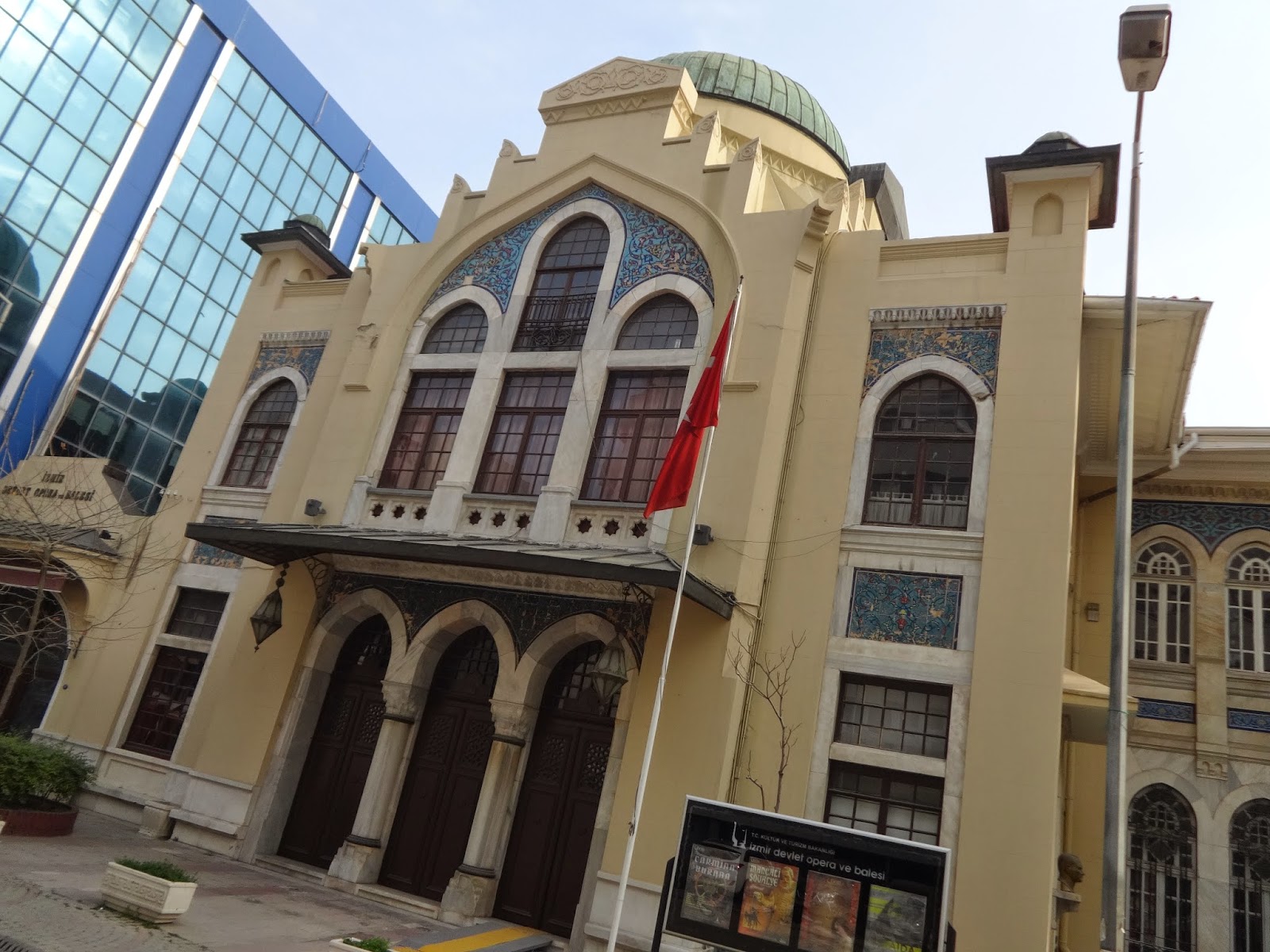 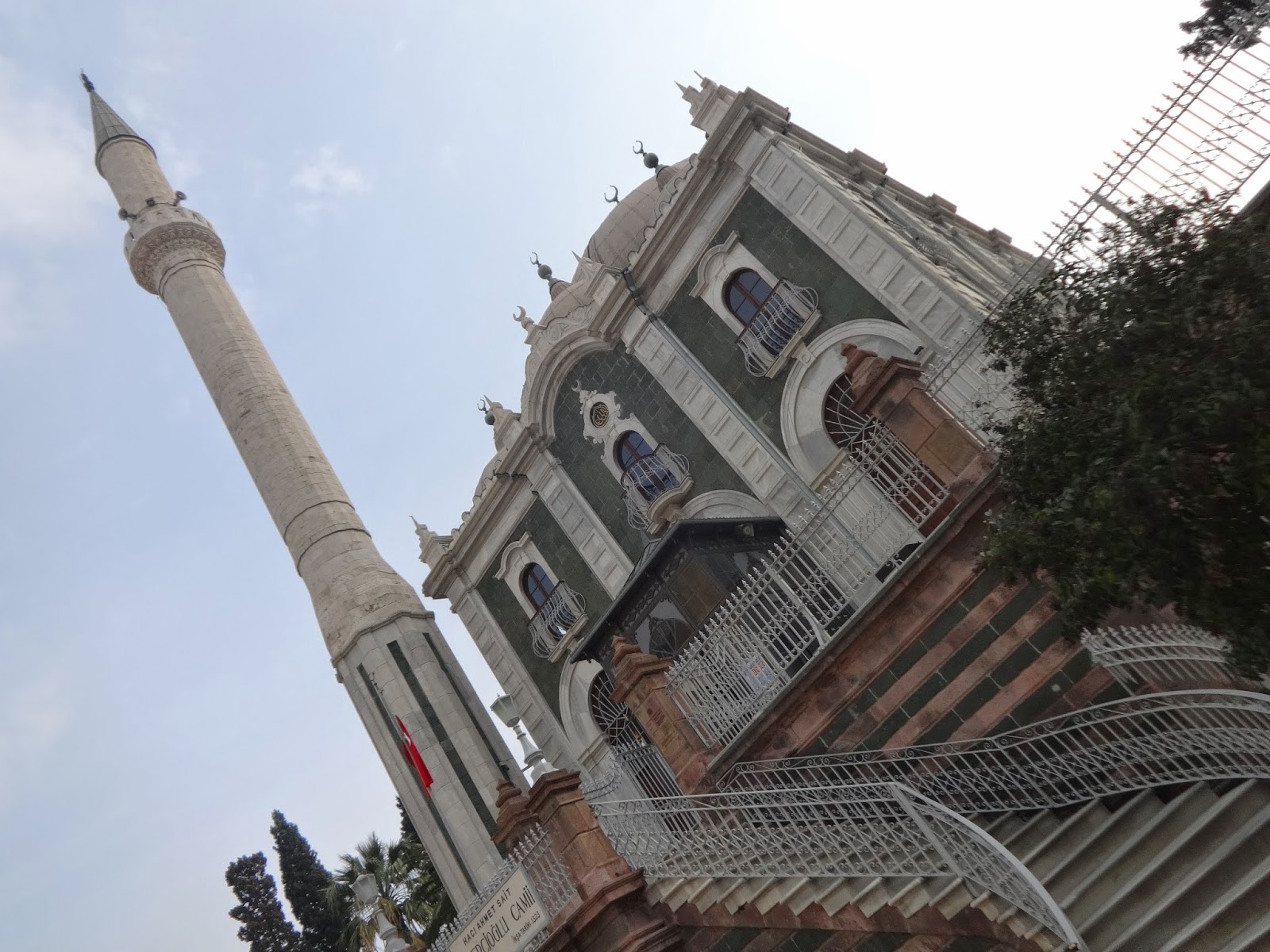 Despite the lack of an agenda and the absence of photos in front of famous landmarks, this turned out to be one of my favorite days, in that it was the most relaxing.  I saw enough of Izmir to know that I wouldn't mind going back some day to explore further, and I suppose that's the highest compliment you can ever pay a dot on the map.
Posted by Aaron at 6:52 PM