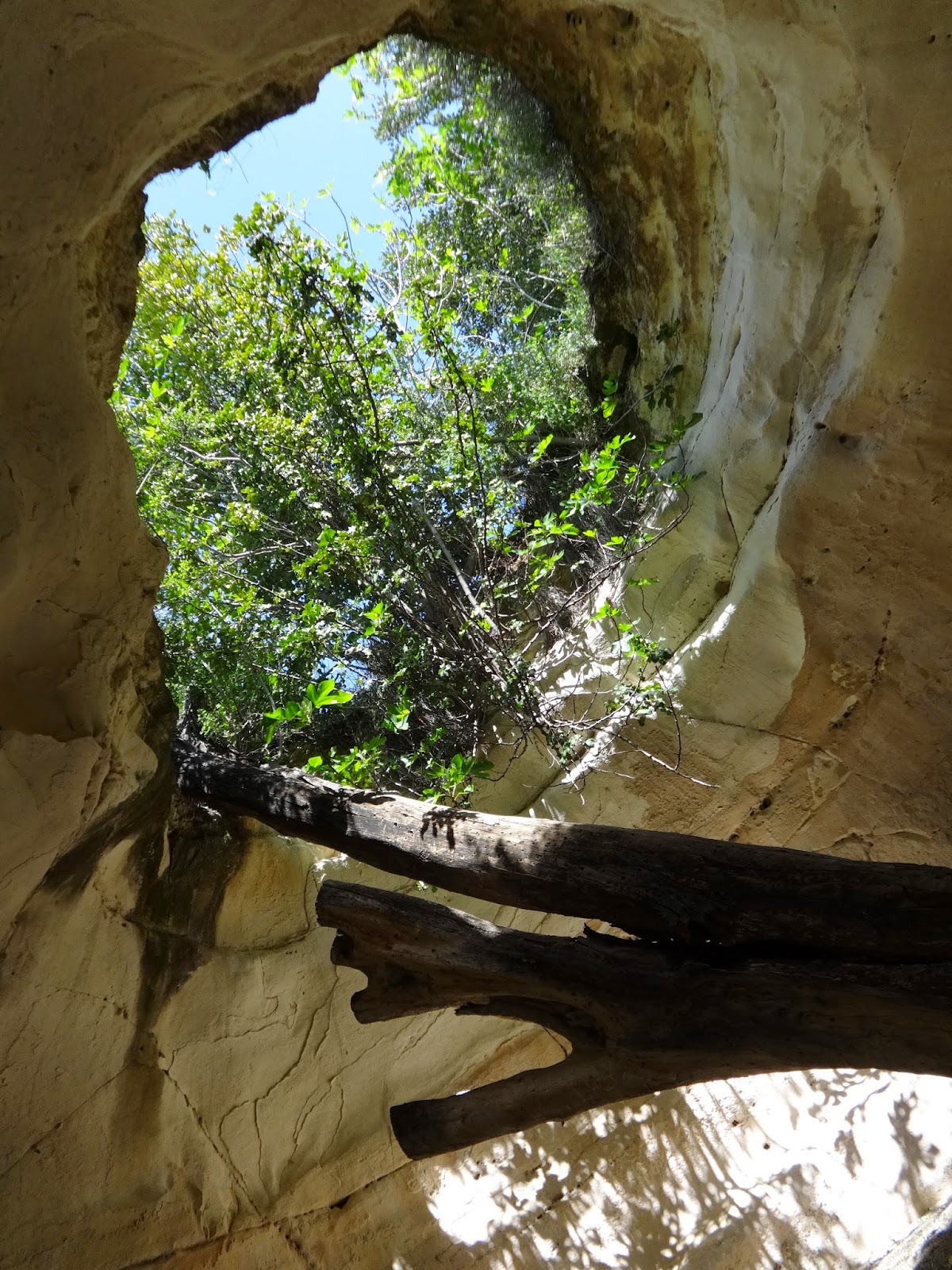 Saturdays in Jerusalem can be (i.e. always are) a bit of a drag.  Most shops and restaurants are closed for Shabbat, meaning there's not a lot to do without some forward thinking.  We aren't always good at planning in advance, but Israel's cup runneth over with so many parks and excavation sites that it's fairly easy to come up with something to do at the last minute if you're willing to hop behind the wheel.

A lack of planning in advance is what led to our exploring yet another national park on Saturday, March 29th with our good friend Naser, a Palestinian who lives in the West Bank and thinks coming to Jerusalem on a Saturday (which we've established is a bit of a drag) to see us sounds like fun.  Bless his heart. 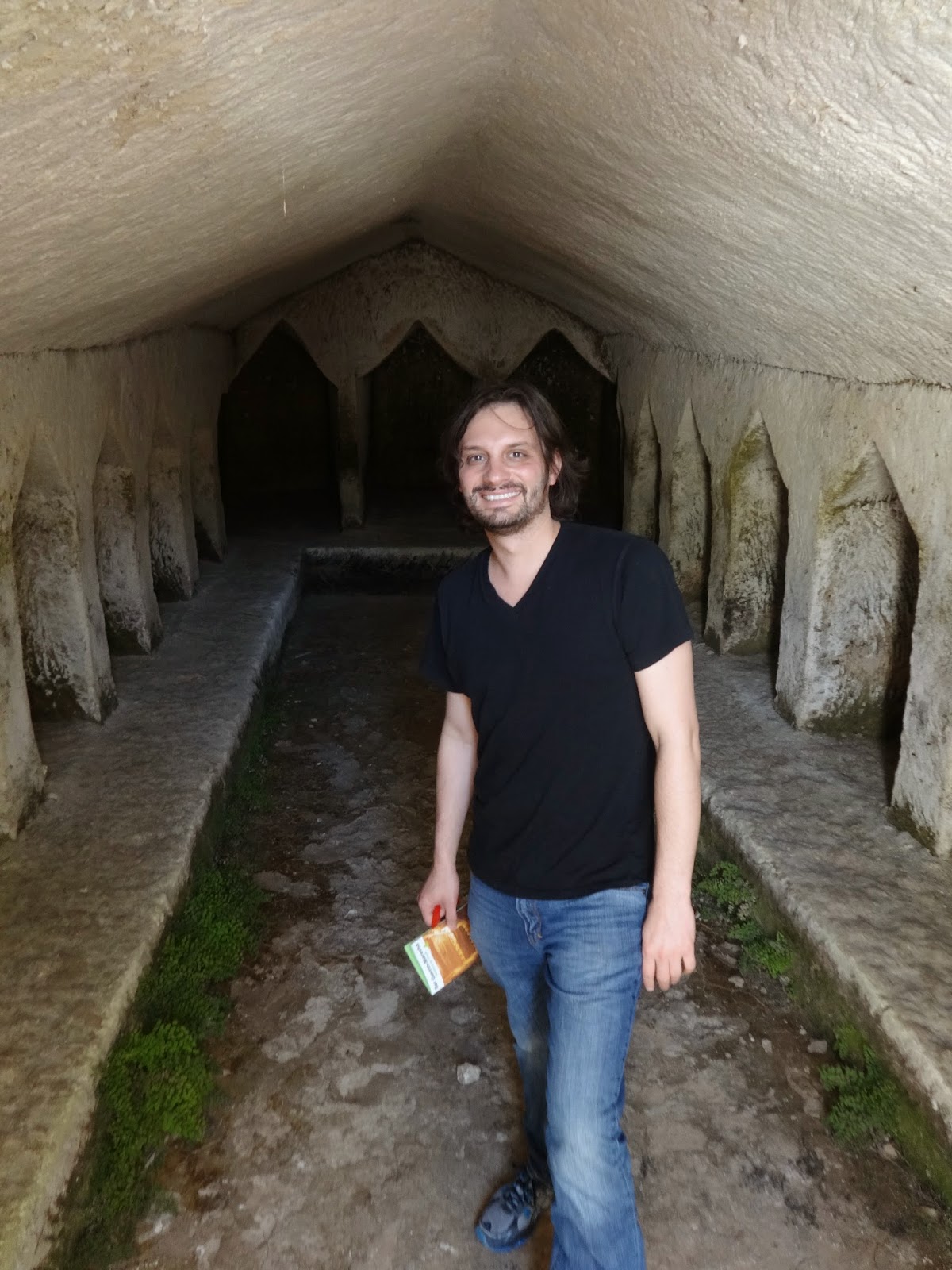 Beit-Guvrin-Maresha National Park can be found approximately 50km southwest of Jerusalem.  The 1,250 acre park contains the ruins of Maresha, an important town in the Kingdom of Judah during the First Temple period, and Beit Guvrin, a town previously known as Eleutheropolis during the Roman era.

Were you to ask me, I could best summarize the experience by saying something like "You walk around a lot.  Don't go in March.  I went in March and it was really hot.  There are lots of caves, so that's pretty neat.  It's definitely not as hot in the caves."

UNESCO is a bit more cultured than I am, so let's see what they have to say.

The "Caves of Maresha and Bet-Guvrin in the Judean Lowlands as a Microcosm of the Land of the Caves" were inscribed upon the list of UNESCO World Heritage Sites sometime between our visit and this writing.  So we must have made the place more special somehow…though I don't find our names in the write-up... 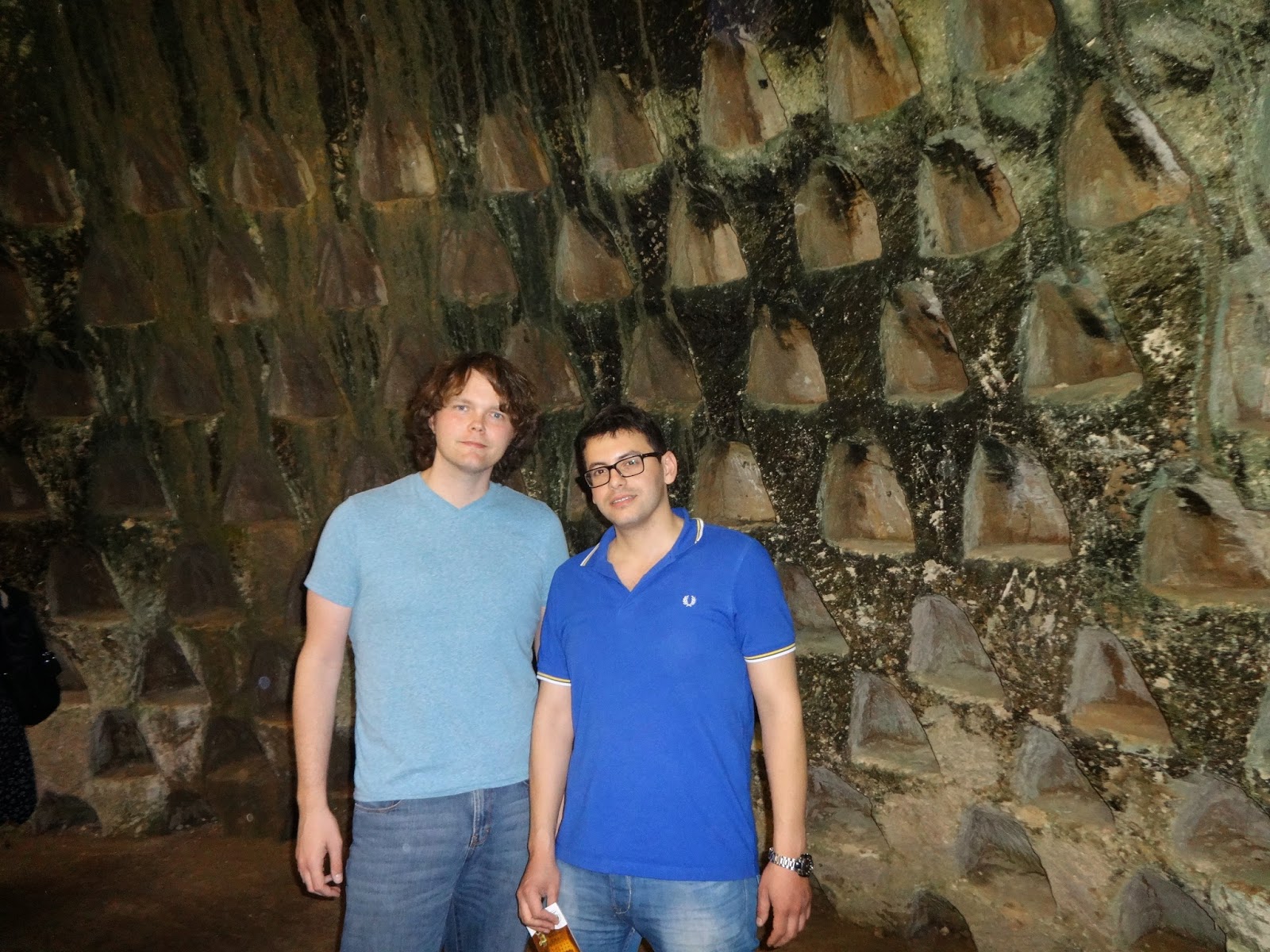 The archaeological site contains some 3,500 underground chambers distributed among distinct complexes carved in the thick and homogenous soft chalk of Lower Judea under the former towns of Maresha and Bet Guvrin. Situated on the crossroads of trade routes to Mesopotamia and Egypt, the site bears witness to the region’s tapestry of cultures and their evolution over more than 2,000 years from the 8th century BCE—when Maresha, the older of the two towns was built—to the time of the Crusaders. These quarried caves served as cisterns, oil presses, baths, columbaria (dovecotes), stables, places of religious worship, hideaways and, on the outskirts of the towns, burial areas. Some of the larger chambers feature vaulted arches and supporting pillars.

Thanks, UNESCO!  I'll take it from here. 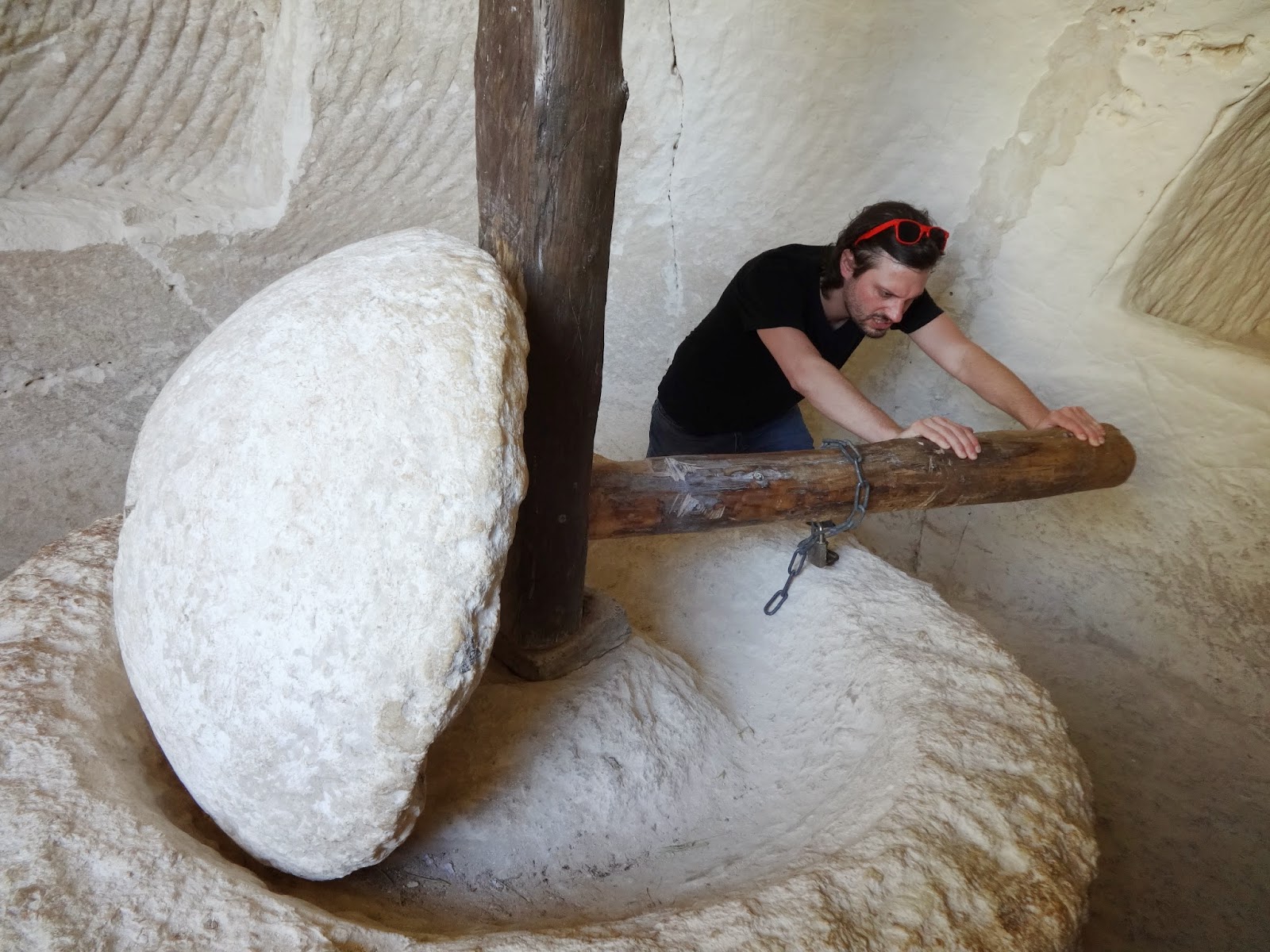 Maresha was founded during the Israelite period and continued in existence until the law Hellenistic period.  Olive growing was a major source of income in Maresha.  The oil press seen below dates to the Hellenistic period.  Olives harvested in the surrounding groves were brought into the city for pressing.  Twenty olive presses have been discovered within the city, all dating to the 3rd-2nd centuries.  This is the one of only two group photos from the day.  Either we don't know how to pose in front of things, or our photographer has a lot to learn about composition. 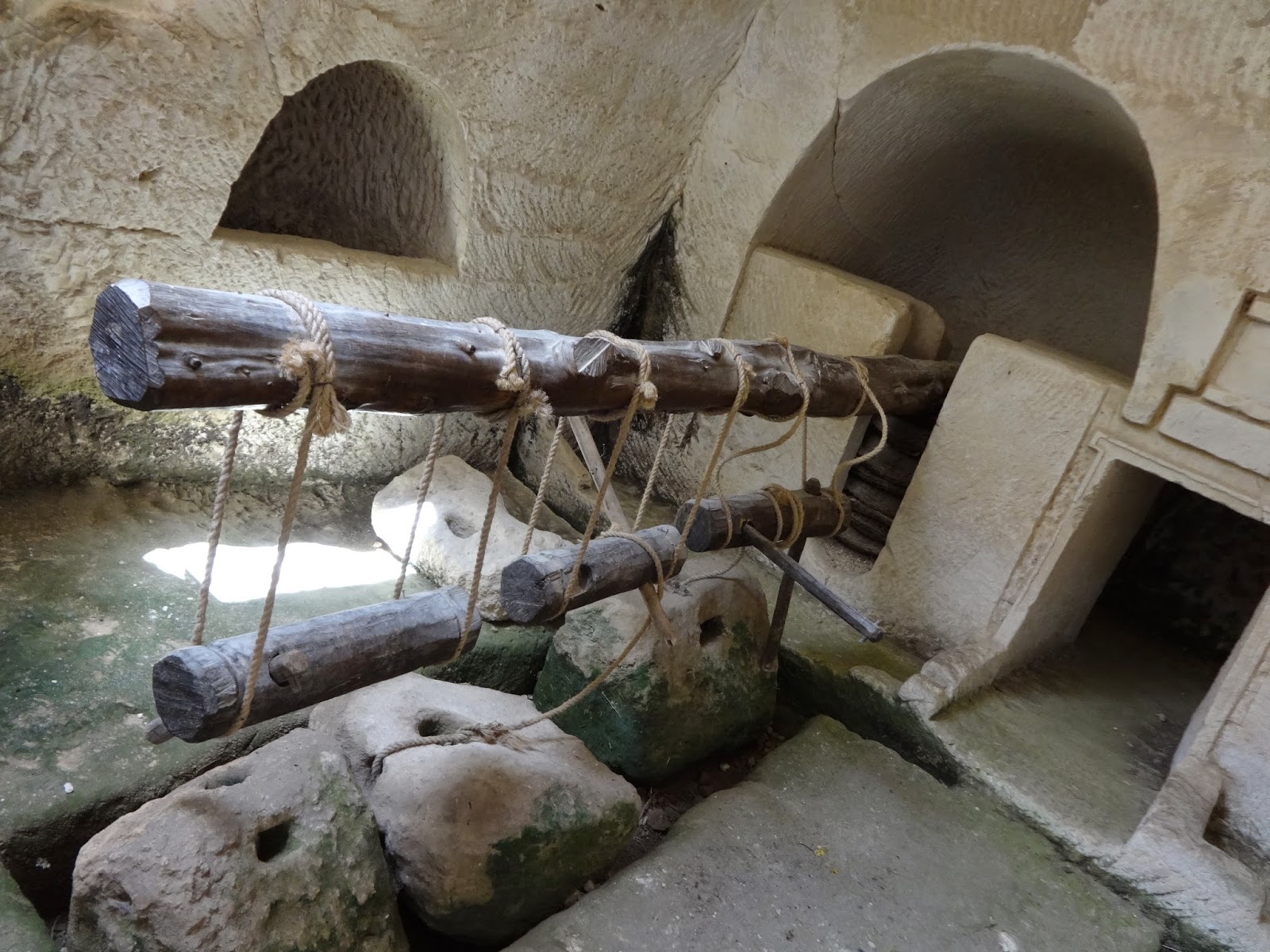 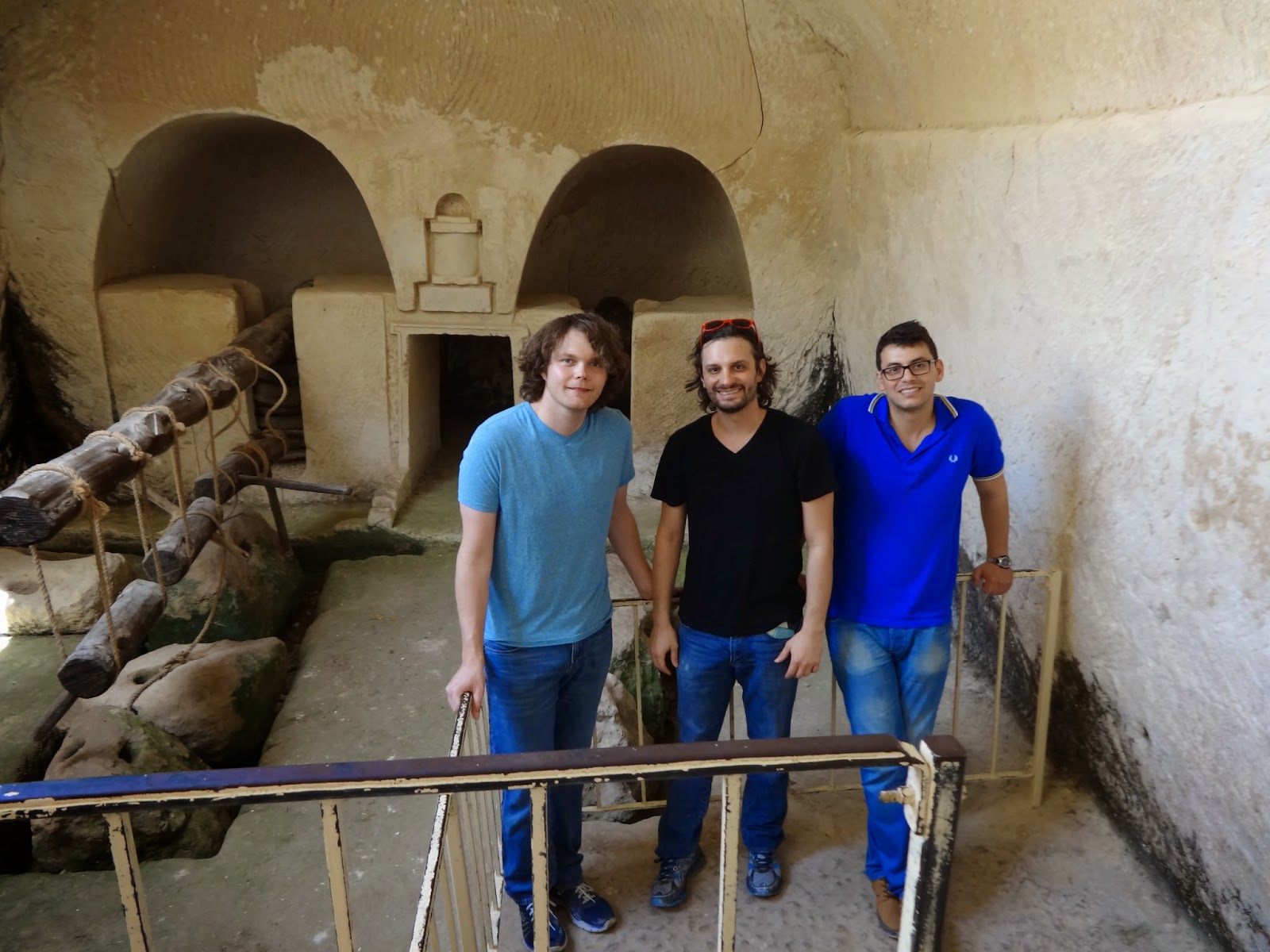 Excavations in the early 1990s revealed an urban section that included residential and shopping areas from the 3rd-2nd centuries.  These residences quarried cisterns underneath the houses that were used for a variety of purposes:  water halls, baths, oil presses, storage facilities, etc.  Each cistern had its own staircase descending from the house above.  Connections between them that allowed access from one to another without having to first ascend to ground level came during renovations in late periods.

It seems that I've spent a lot of time in cisterns since moving to Jerusalem…certainly more than ever before.  I like them.  Exploring the underground world, comparing the archaeology of different communities, flirting with waterborne disease.  Speaking of, I won't be sharing a picture of the water pool here due to it not turing out very well…but I assure you it was particularly grody. 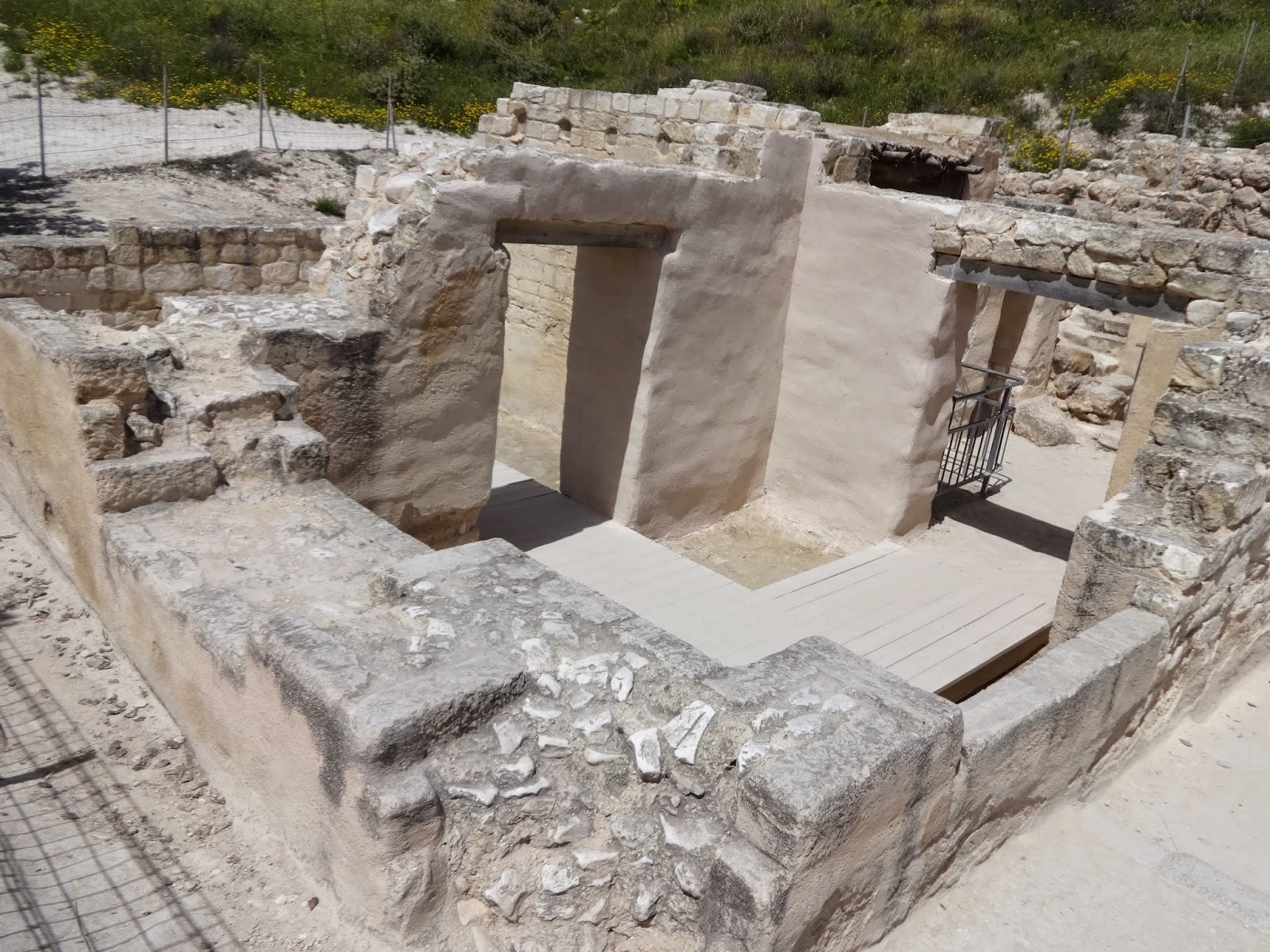 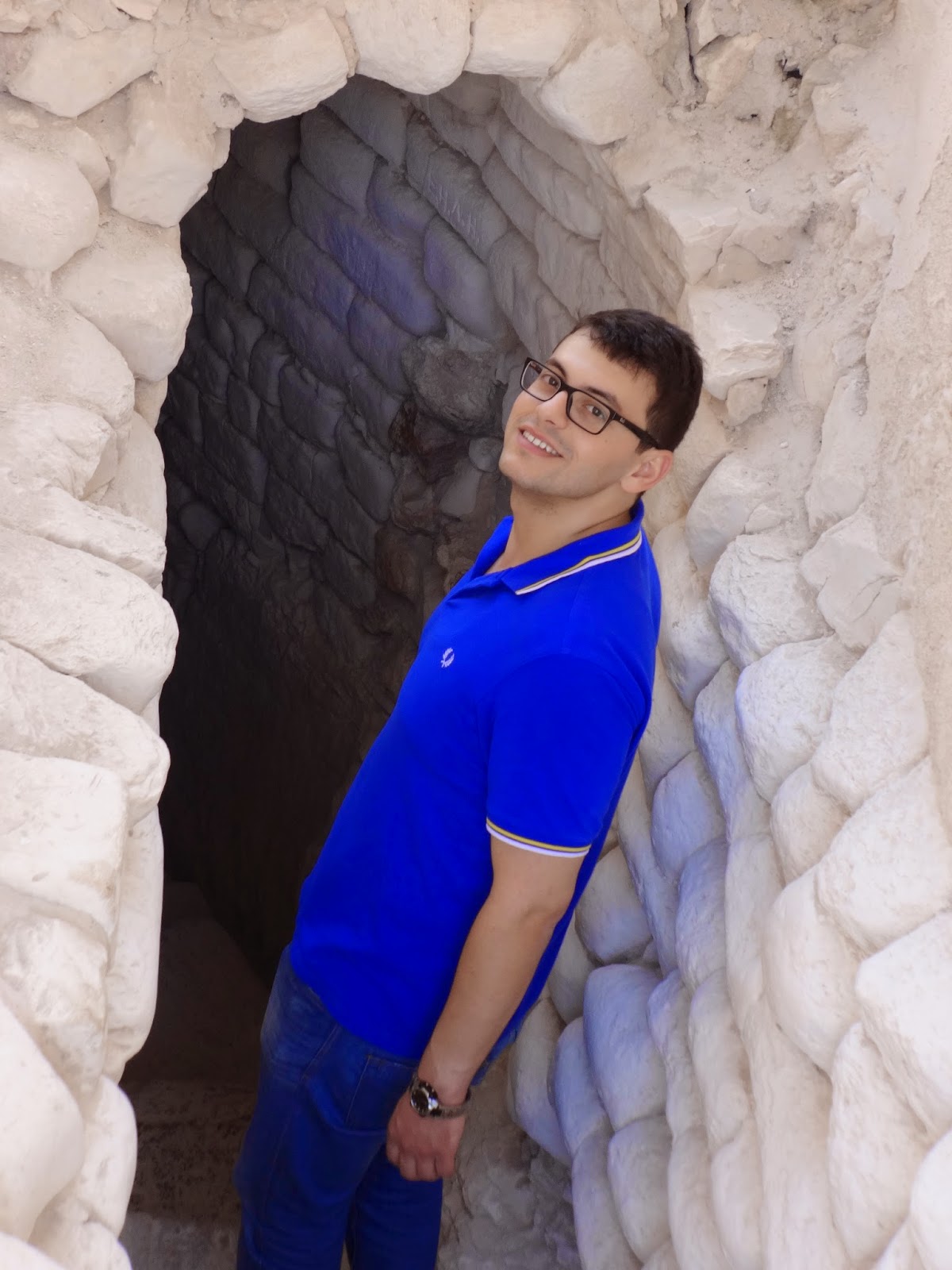 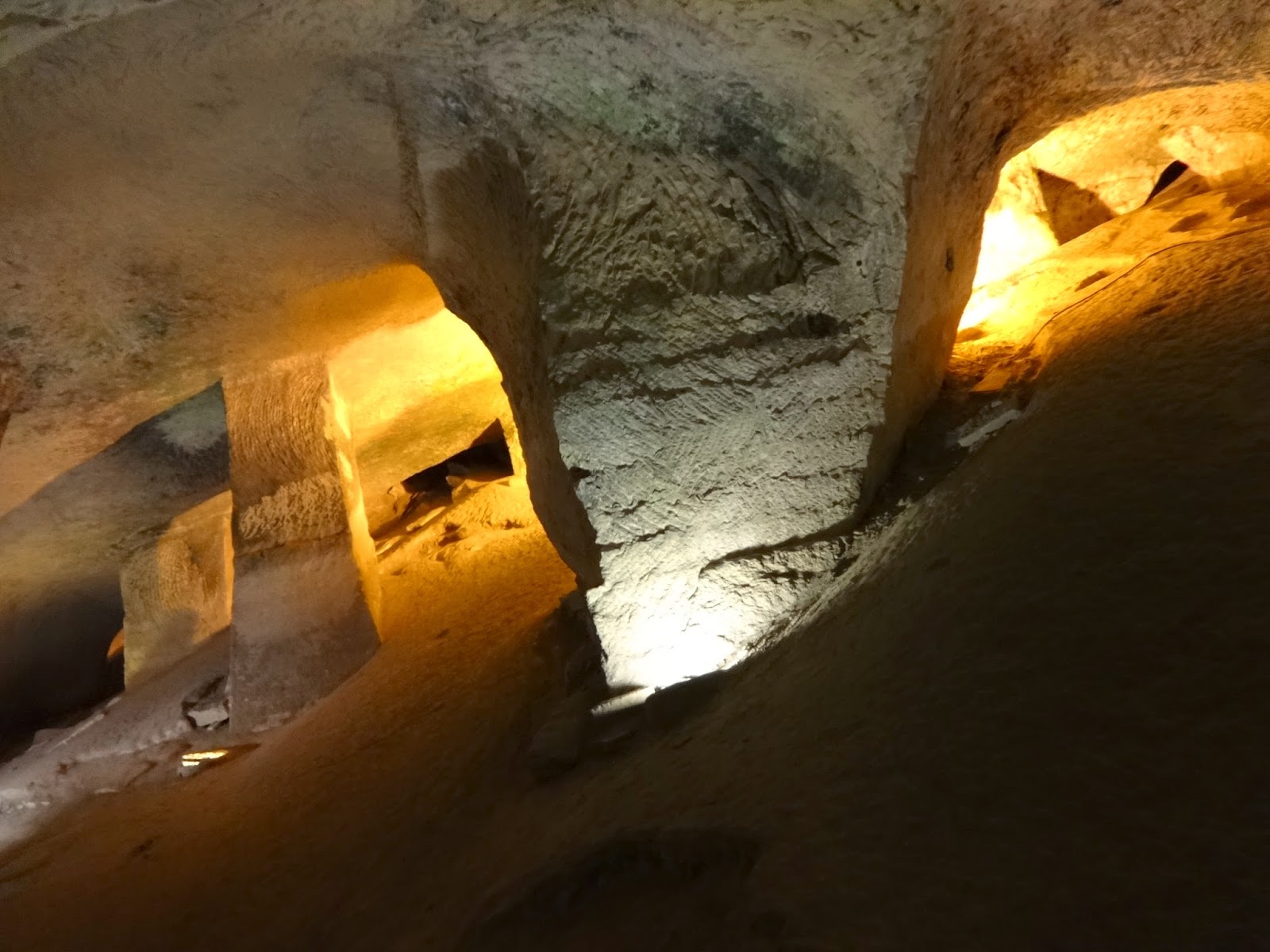 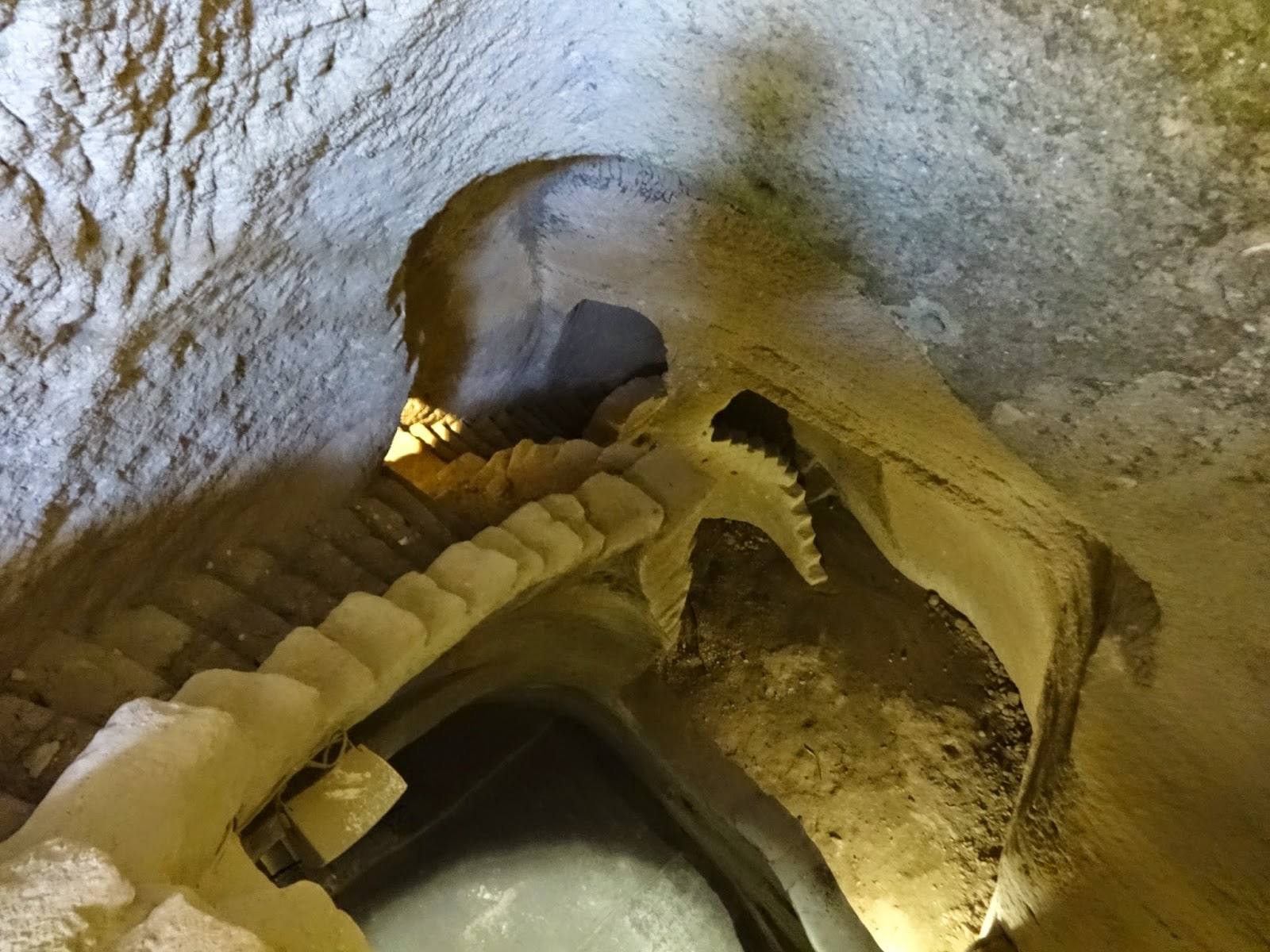 Beit Guvrin was an ancient city that rose in importance after Maresha was destroyed.  It existed from the late Hellenistic until the end of the Byzantine period.  Most of the bell caves were dug during the Byzantine and early Islamic period as a means of harvesting chalk to cover the roads.  Bell caves are so called because of their unique shape, which results from the method of quarrying.  First, a round shaft is cut through the hard surface rock.  The shaft is then enlarged and rectangular blocks are removed from the cave with ropes, until they look like a bell…because why not? 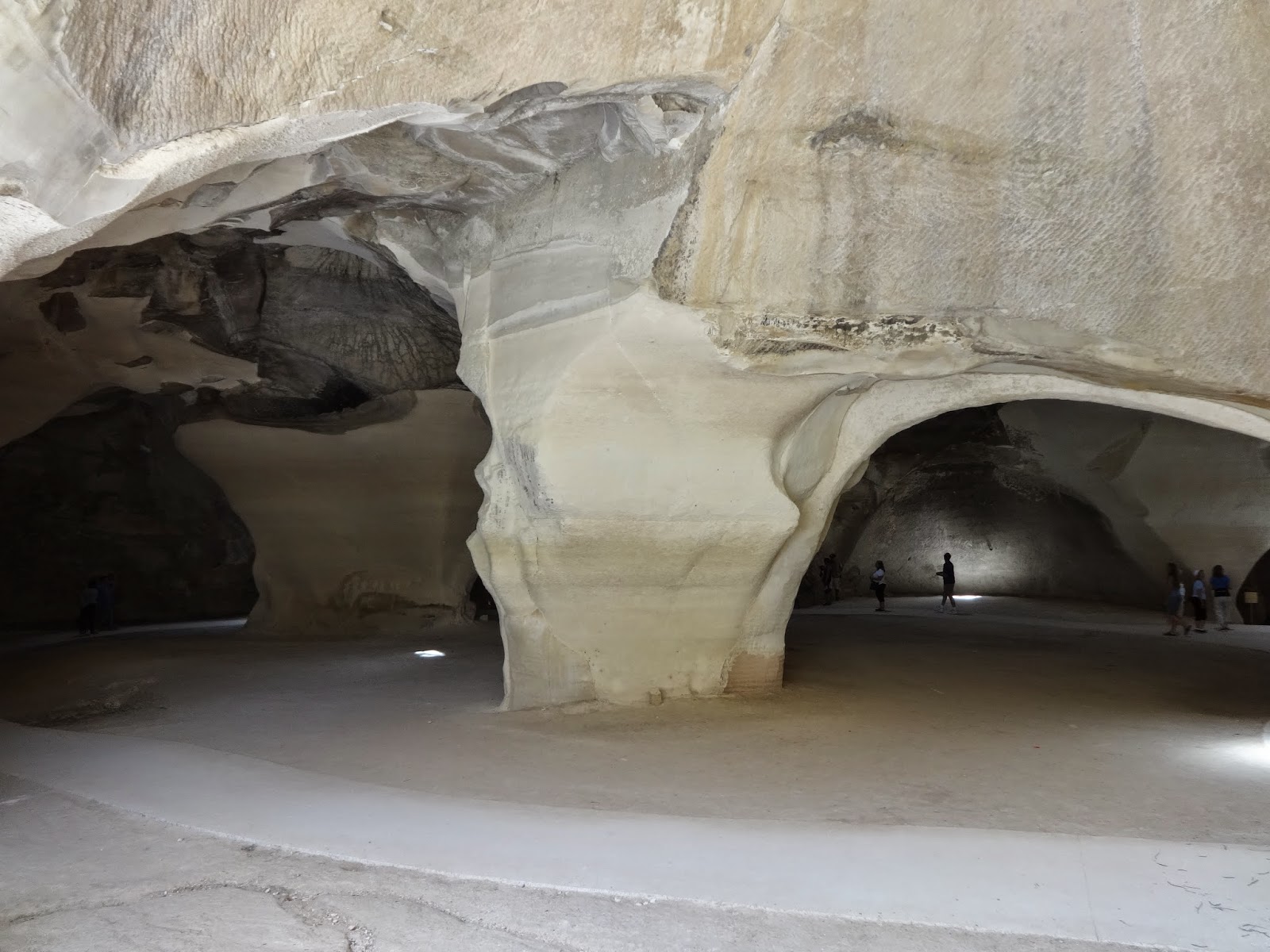 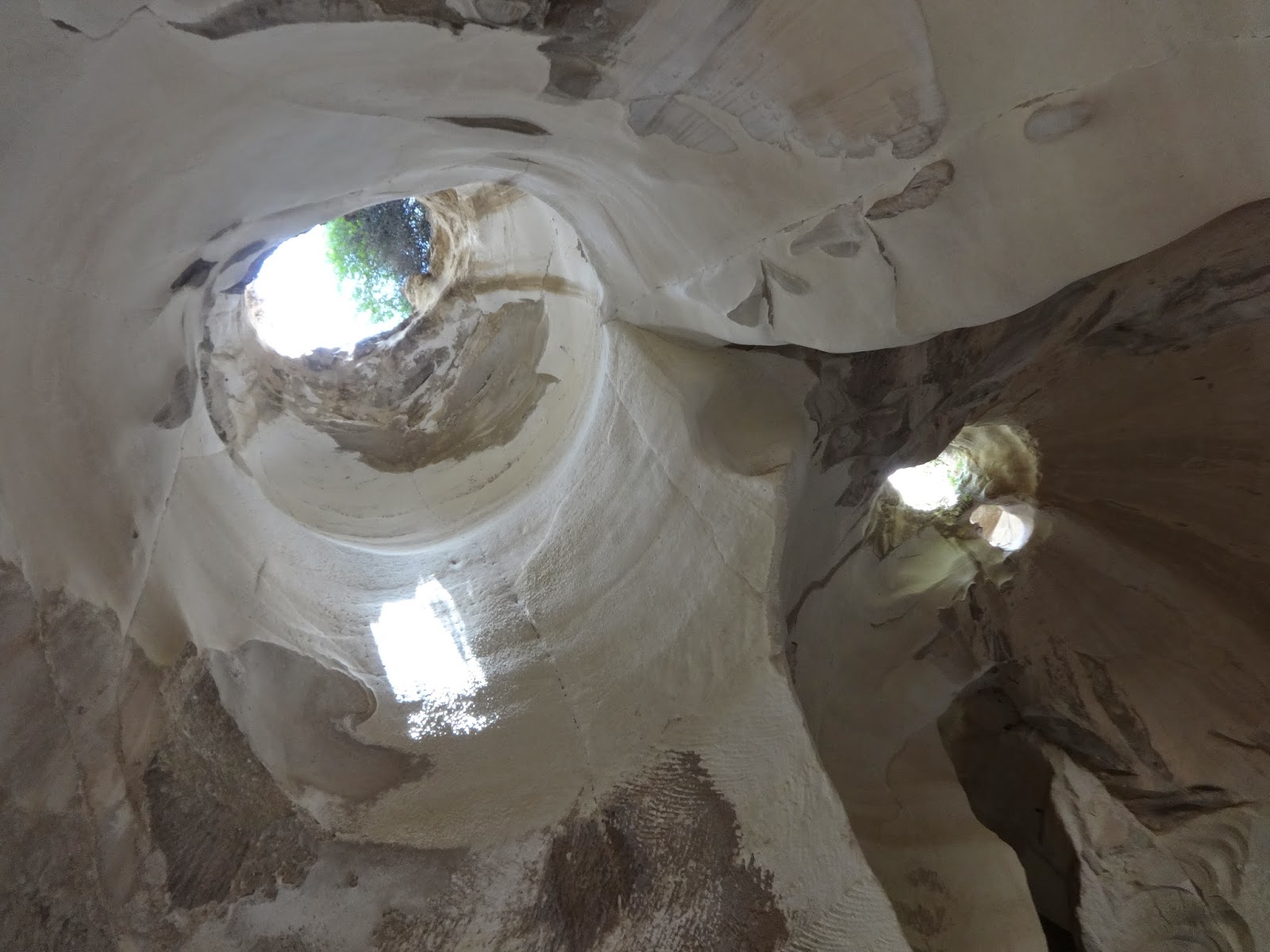 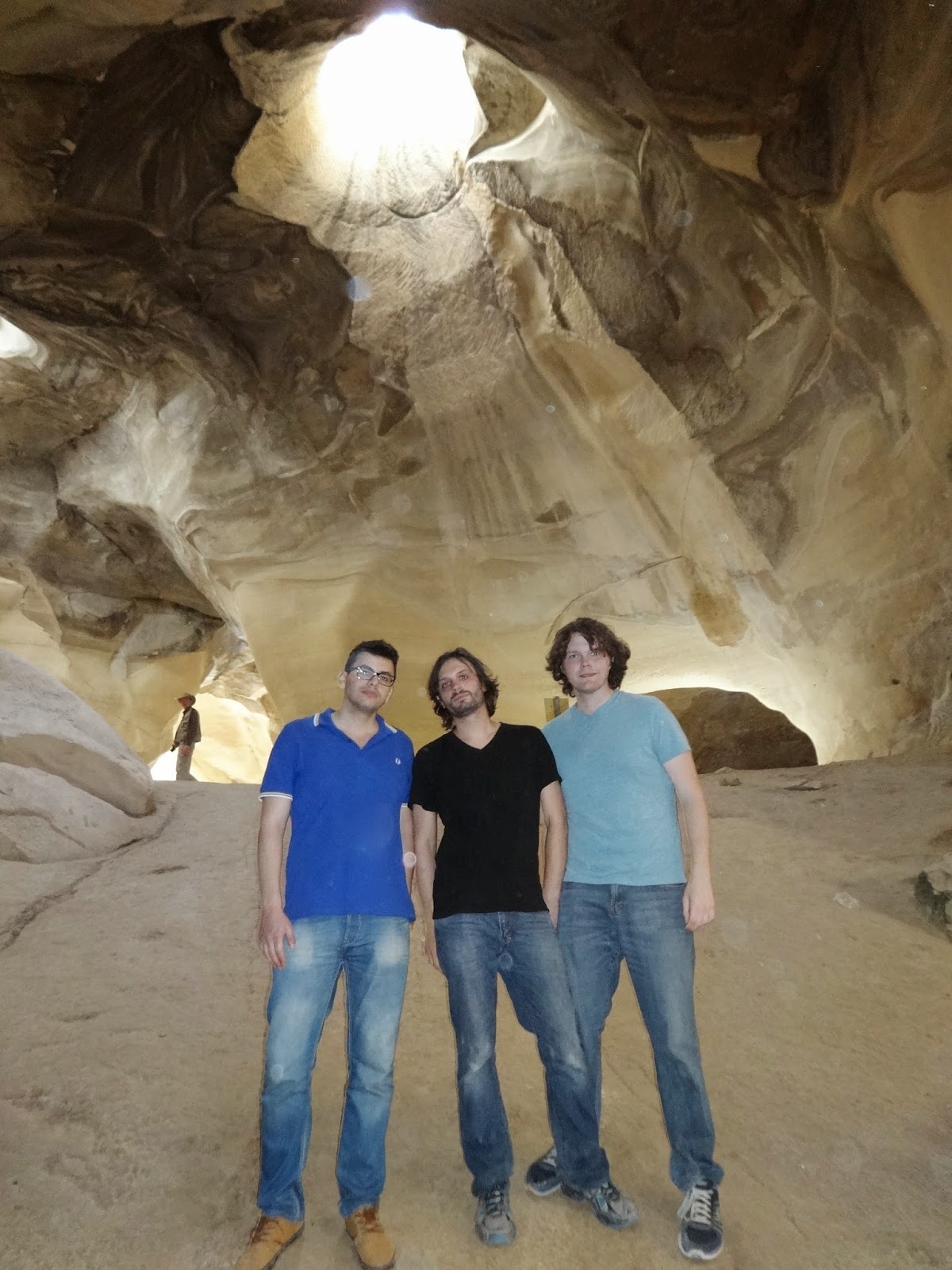 We next visited the Roman ampitheatre, because apparently they are everywhere... 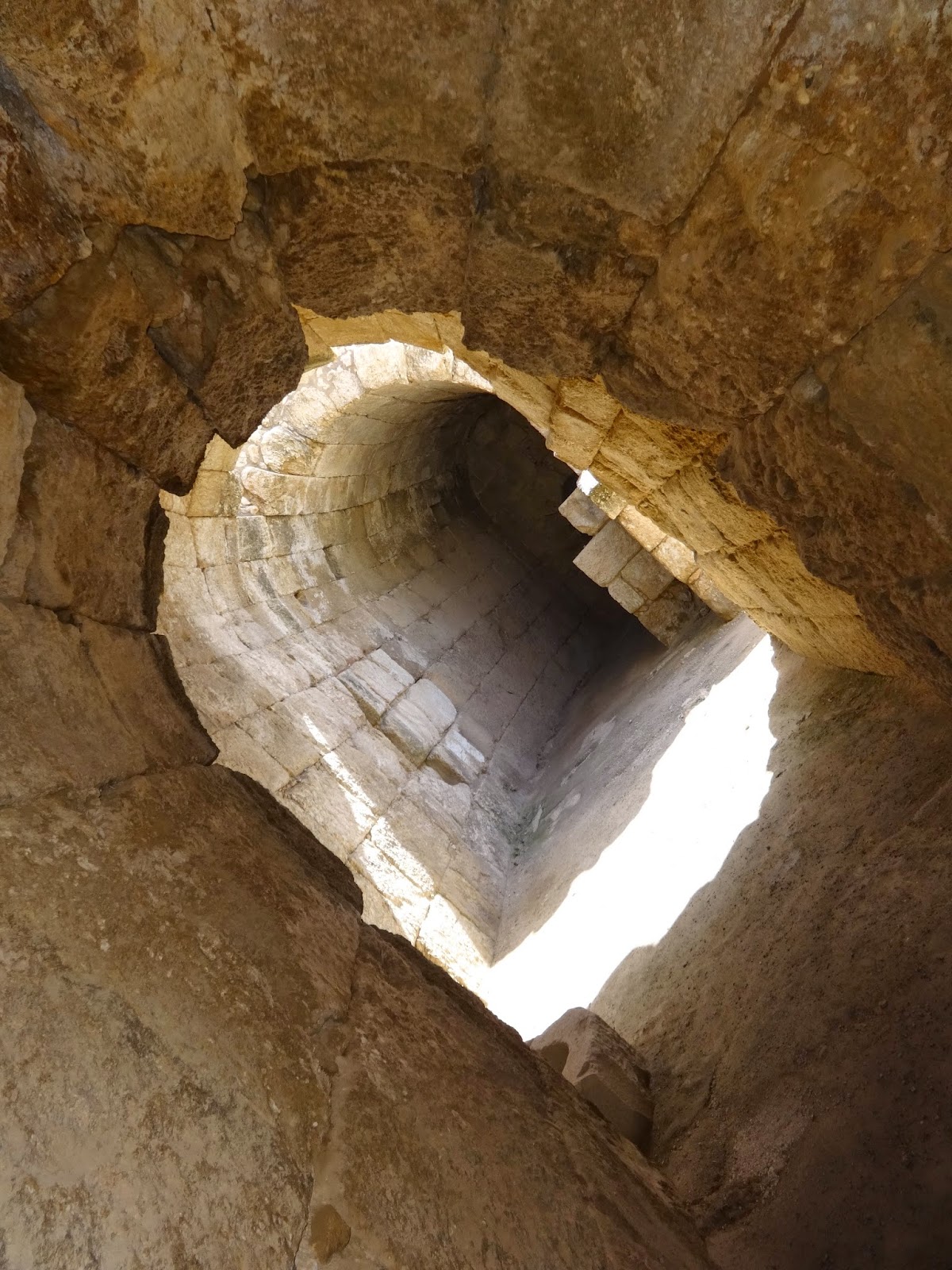 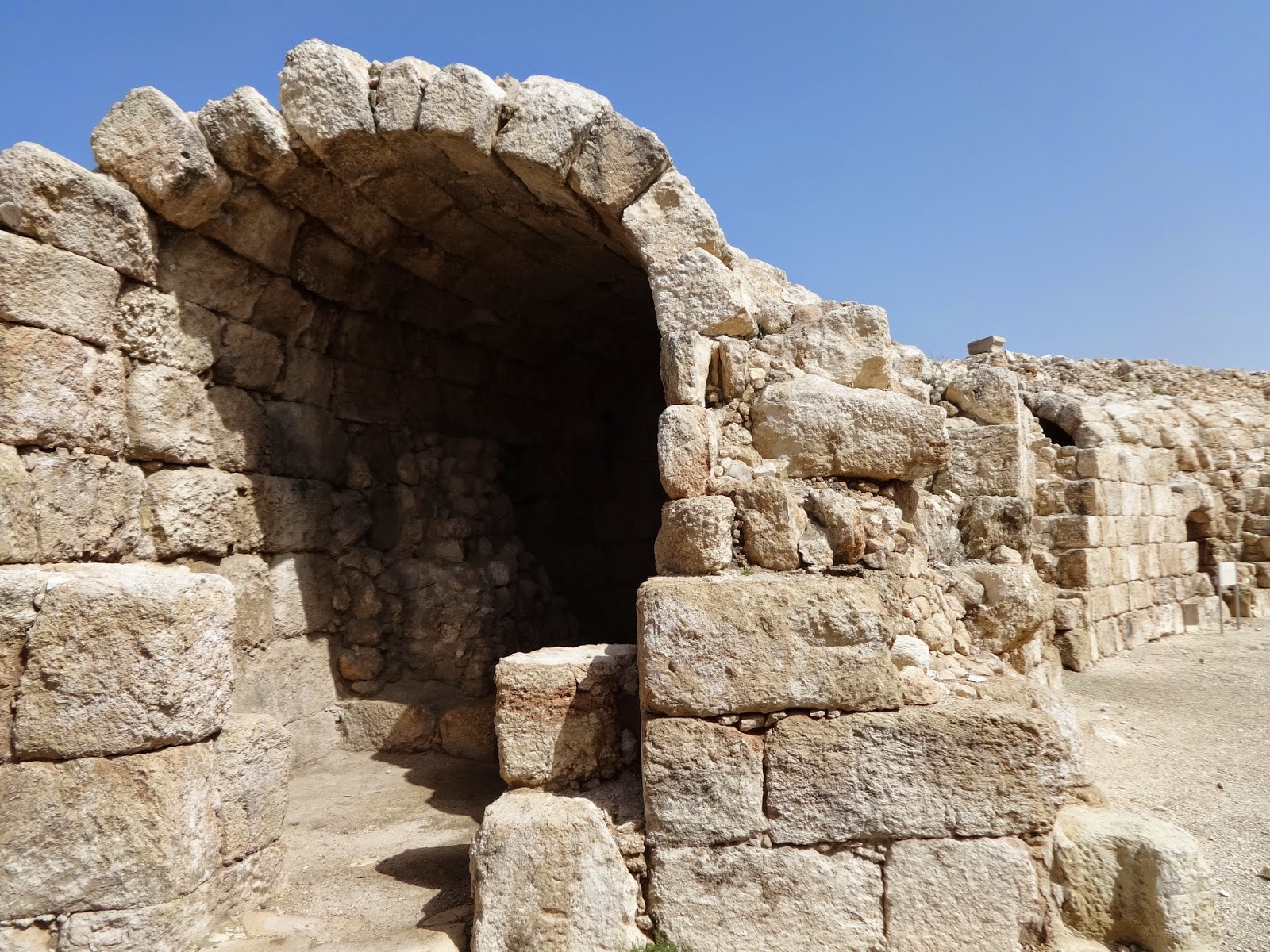 …and wrapped up our day at a Crusader-church-turned-mosque…because those are everywhere, too.  Not sure what the deal is with the smiley rock, but he was too cute not to share. 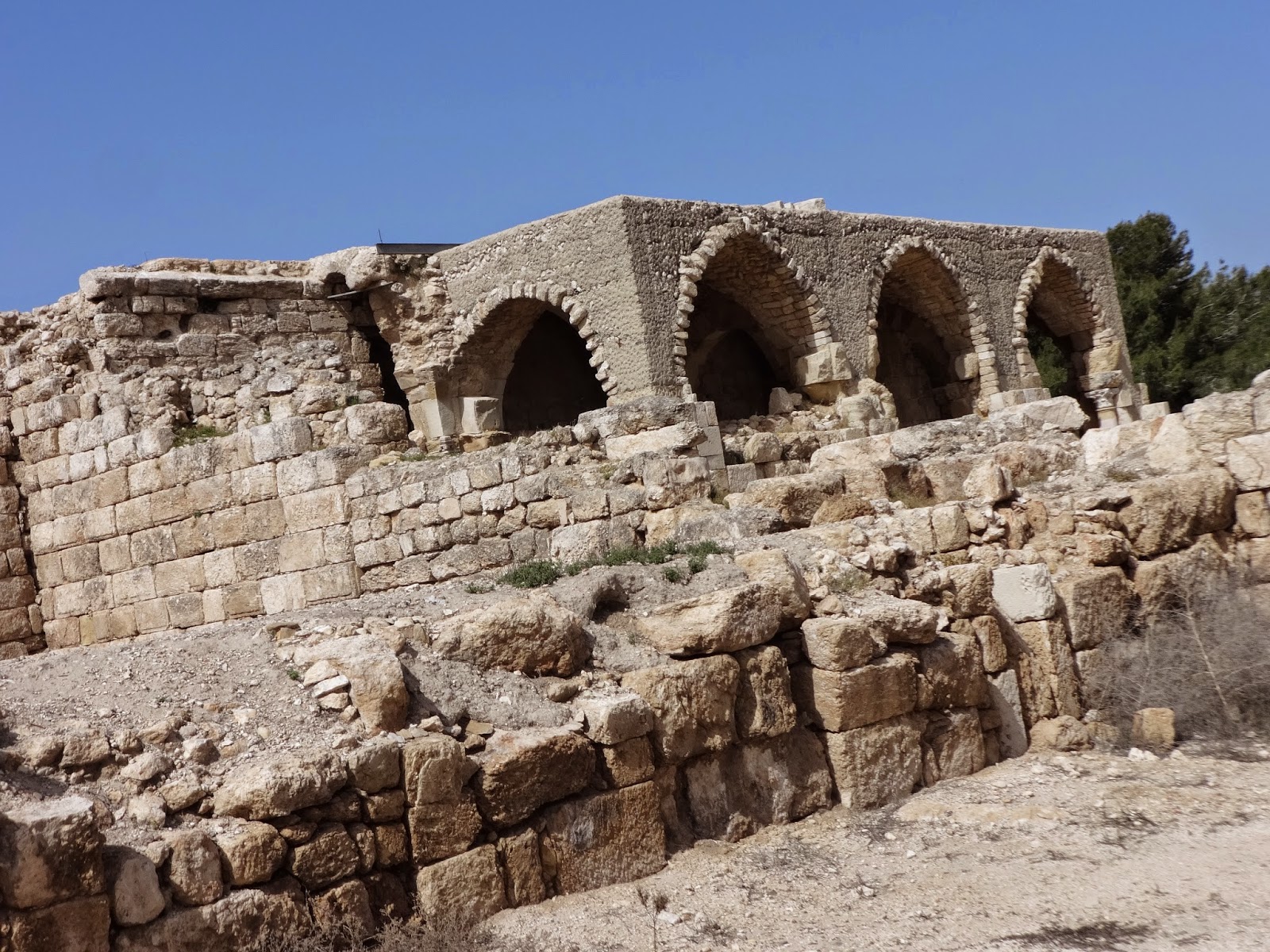 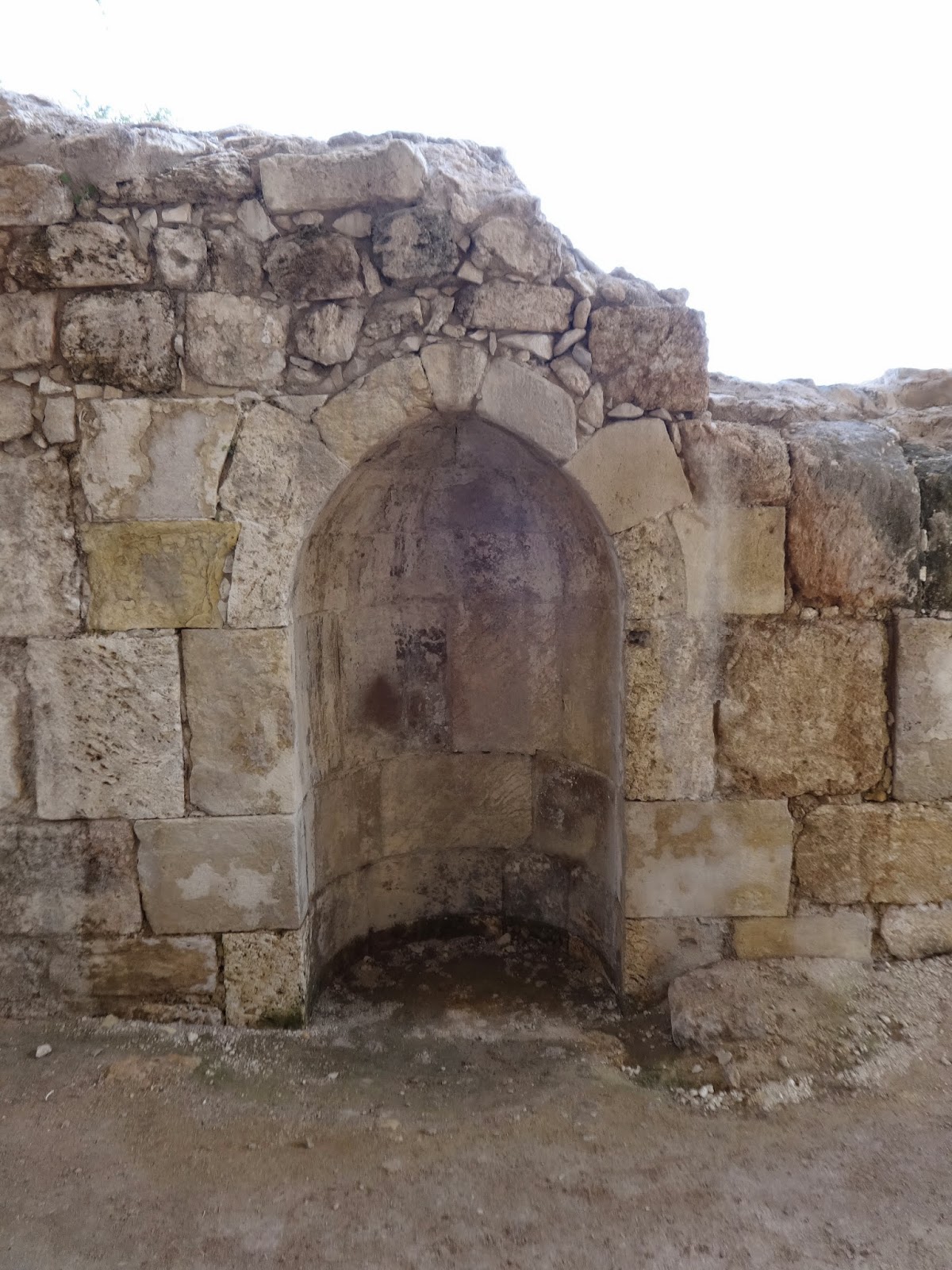 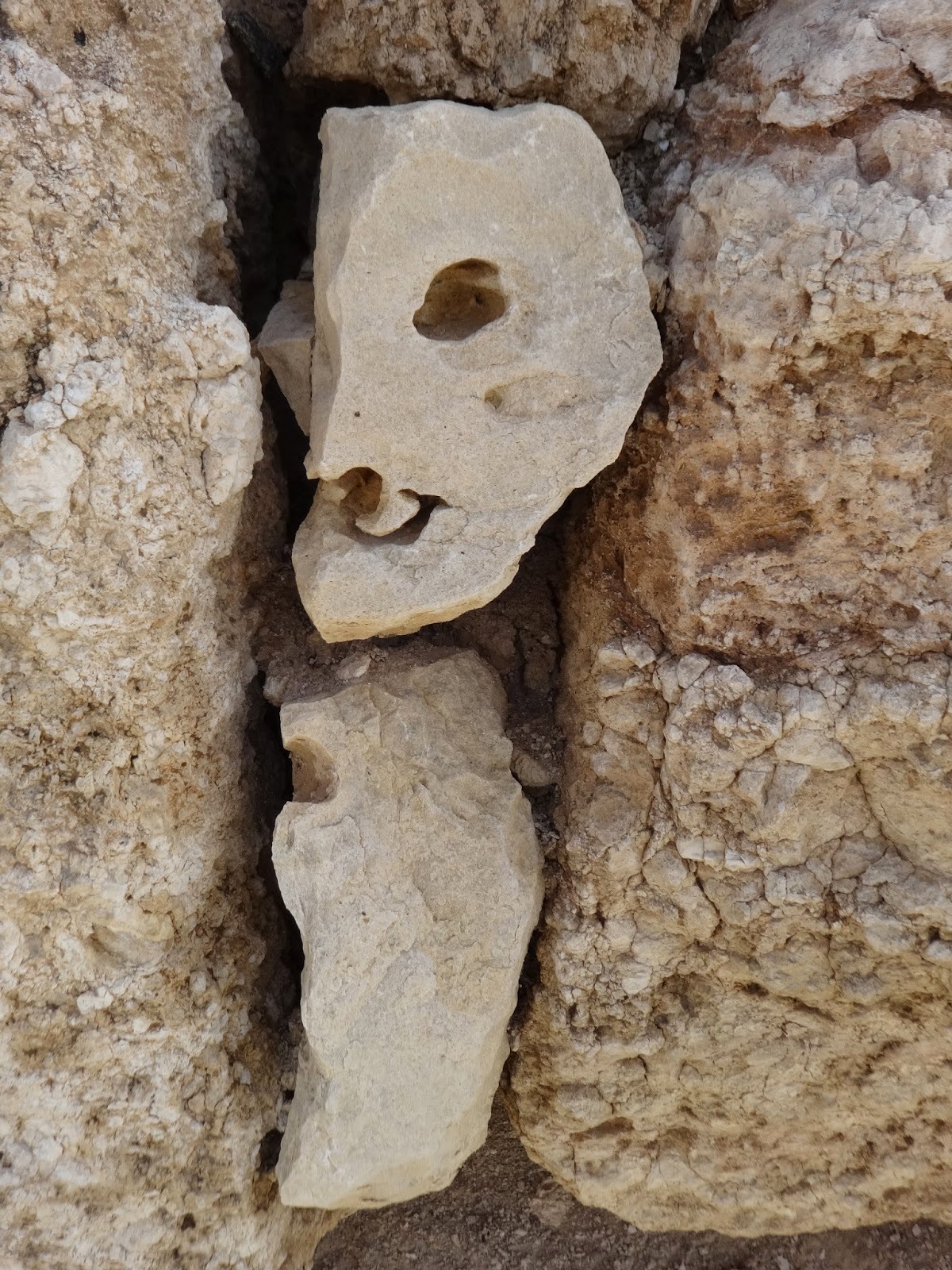 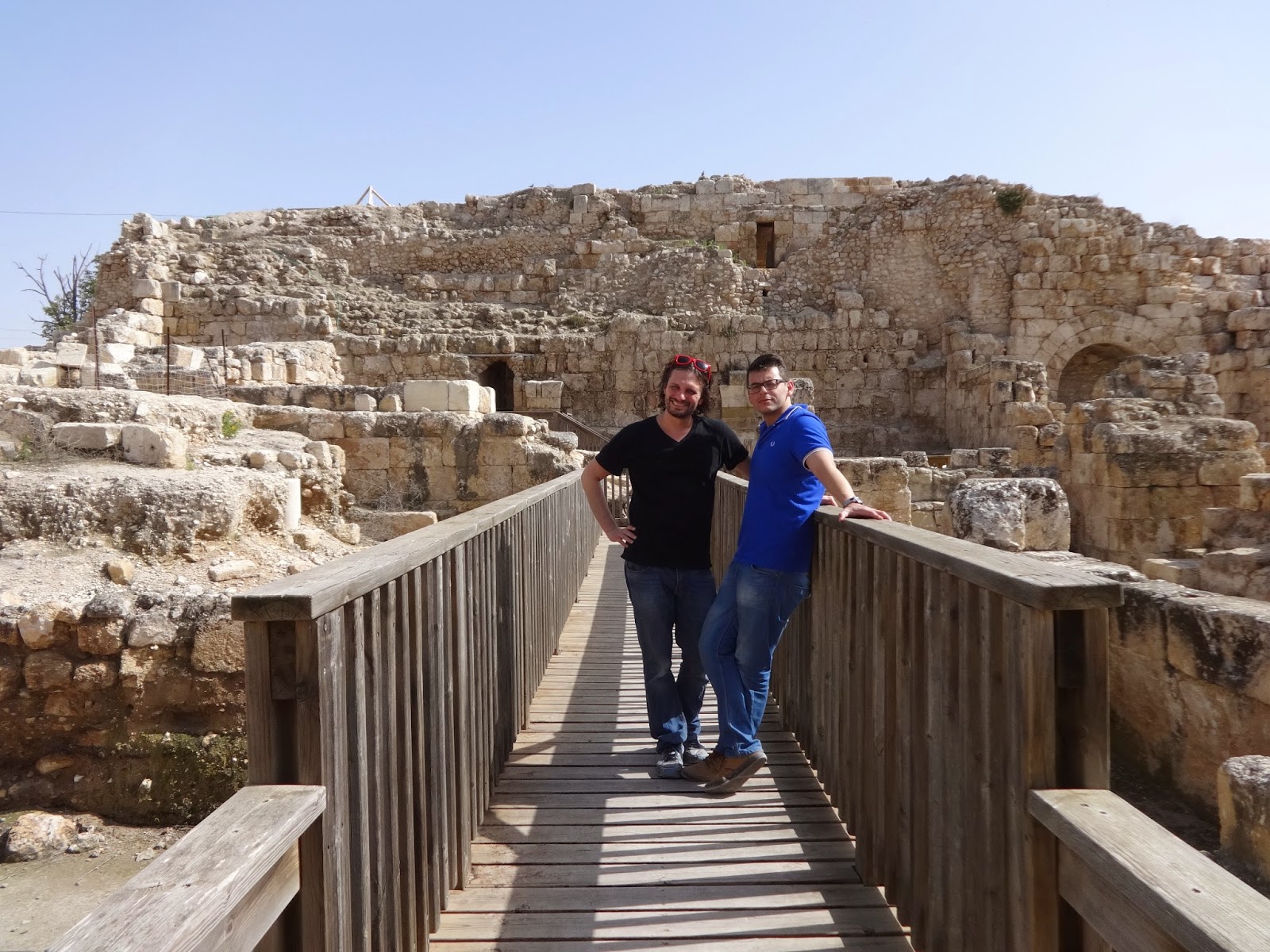 As our day wound down, we headed back to Jerusalem.  The sun would be setting soon.  Shabbat would end, and normal life would resume.  We would be able to go out to eat.  Drink at our favorite bar.  Go to a movie.  The possibilities were endless.