Our friend Adi invited us to join her in Tel Aviv for the Hip Hop Pop-Up Purim Party on the evening of March 14th.  The party was described as "80s/90s old school hip hop plus some modern beats.  Friendly Israel meets North American vibe and Florentin neighborhood feel."  TJ and I hadn't celebrated Purim since 2010, so we happily grabbed some new costumes and our friend George, and hit the road. 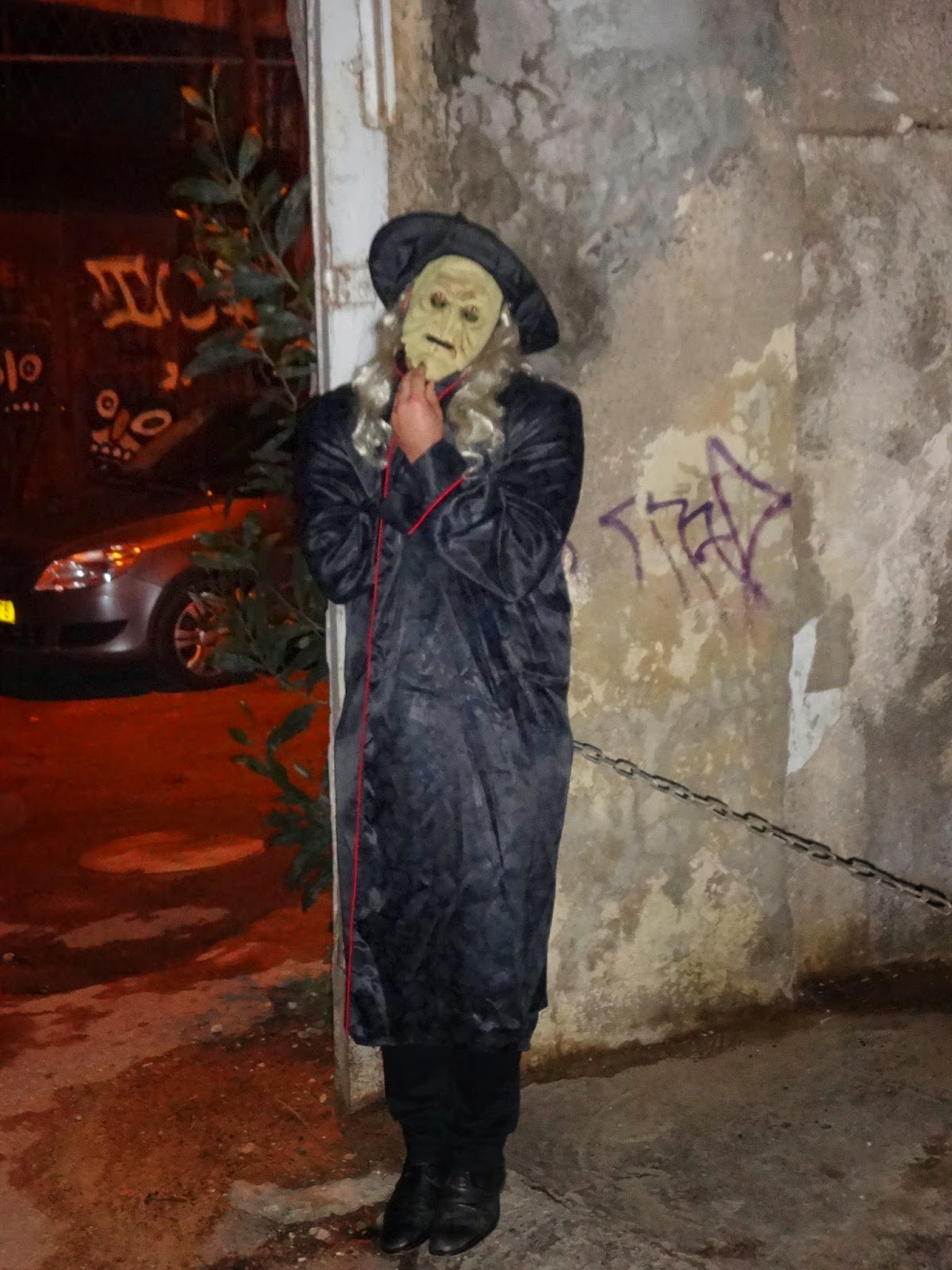 In the week leading up to the party, George was a bit wishy-washy about whether he was going to join us or not.  TJ and I had ordered our costumes weeks in advance.  He would be dressed as some sort of dragon warrior, and I would be a pharaoh (though I was a bit nervous dressing as a Biblical enemy of the Jewish people).  George, on the other hand, hadn't prepared and was concerned that he wouldn't have a cool costume.  I told him to just cut two holes in a sheet and be a ghost, but he wanted to aim higher.  He ended up cobbling together what is probably the creepiest thing I have ever seen.  It was more suited for Halloween than Purim, but I absolutely loved it.  Look at that thing.  LOOK AT IT.  *shudder*

The party was in an old warehouse, so we naturally had to park our car on some side street that by all rights should have been the last place that we would ever lay eyes on it again.  As we began walking to the party, an obnoxious young man carrying a briefcase that I suspected to be filled with drugs and wearing slacks and a button down shirt looked at TJ and said "Hey, cool costume, what are you, some 300 warrior or something?"  TJ said "Something like that, I guess."

The guy then turned to me and said "And what did you come dressed as?  A faggot?"  "Yeah," I said,  "And I see that you've dressed up like an asshole."  What is it with people today?  Stone age cro-magnon mentalities abound.

We walked around the corner and waited for him to head off down the street, just to be sure he didn't mess with our car.  Awkwardly enough, he ended up spending the evening at the same party. Given how many hands he shook and how many time he disappeared into the back of the club, I stand by my earlier suspicion, though we never interacted again.  I haven't had occasion to wear my pharaoh costume since, but I do suspect he dresses like an asshole daily.  Thankfully, he didn't hinder my enjoyment of the evening in the slightest.  Now, the fact that I was designated driver may have... 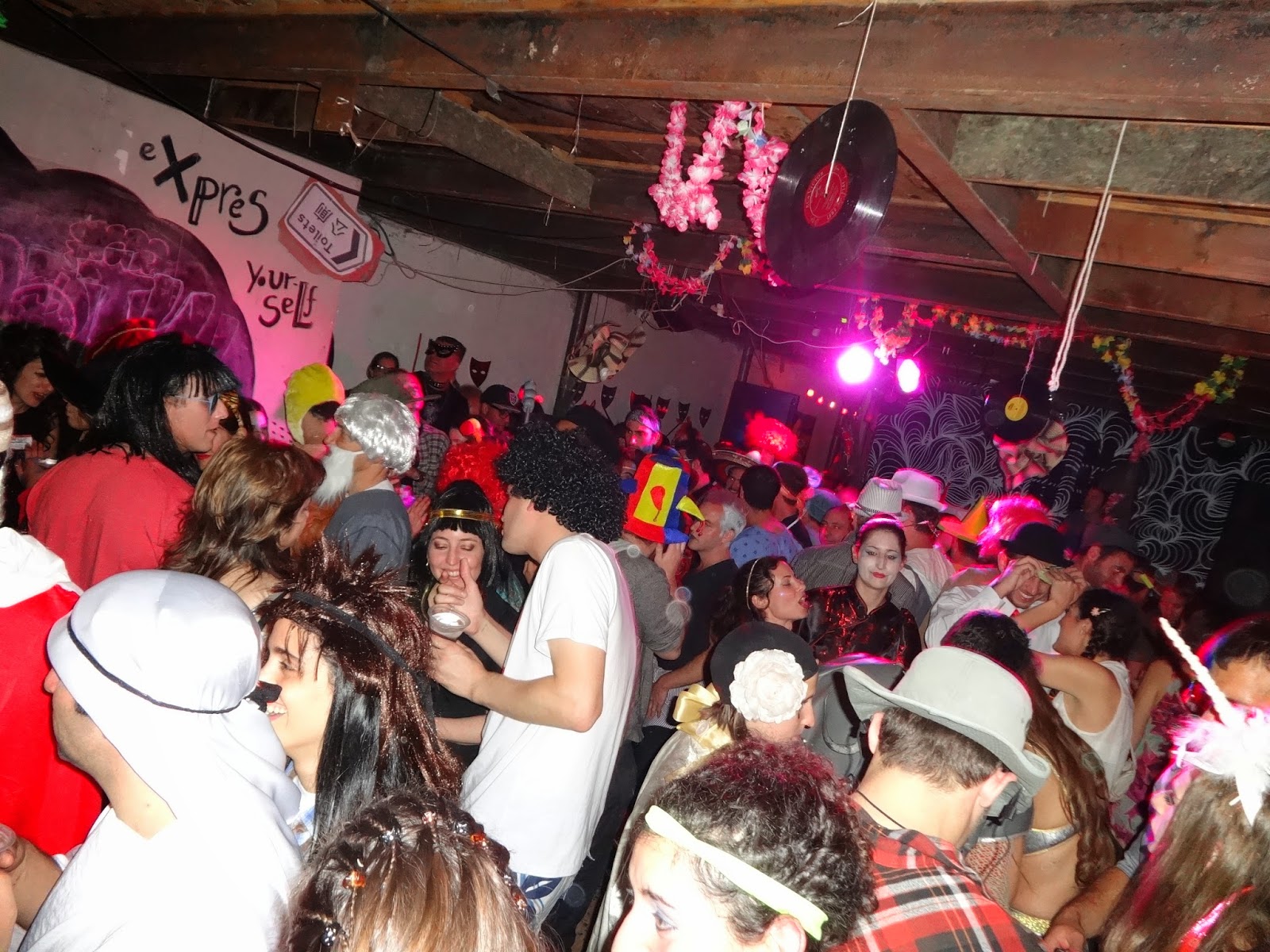 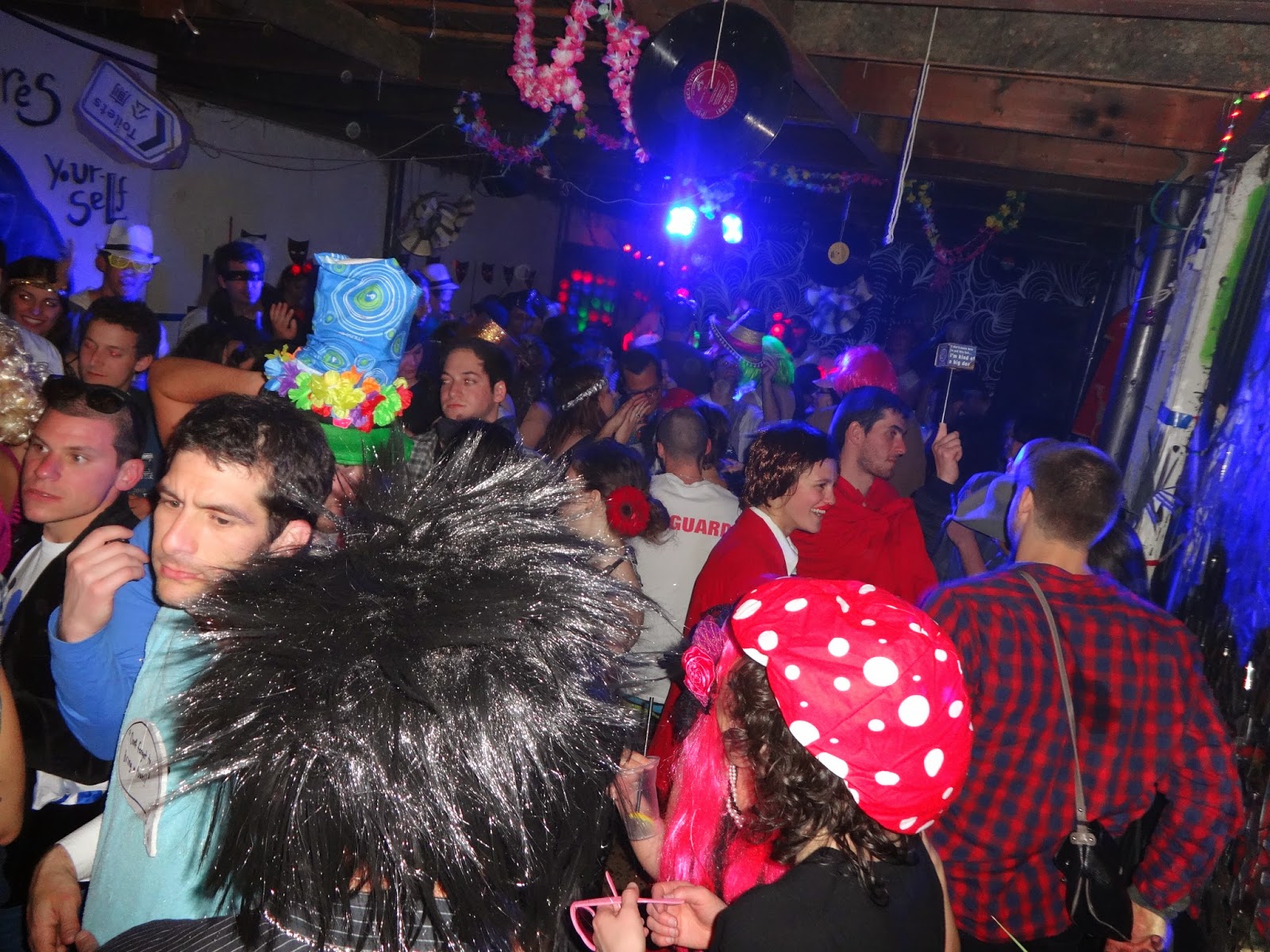 As it turned out, I needn't have worried about wearing a culturally insensitive costume.  While the majority of people were dressed in standard Halloween/costume party attire, there were people dressed in stereotypical Middle Eastern attire and a cute Jesus that made out quite enthusiastically with every girl in arm's reach.  I took the opportunity to teach Adi the hilariously tasteless joke about why all the girls love Jesus.  If you don't know it, ask a friend.  I shan't be sharing it here. 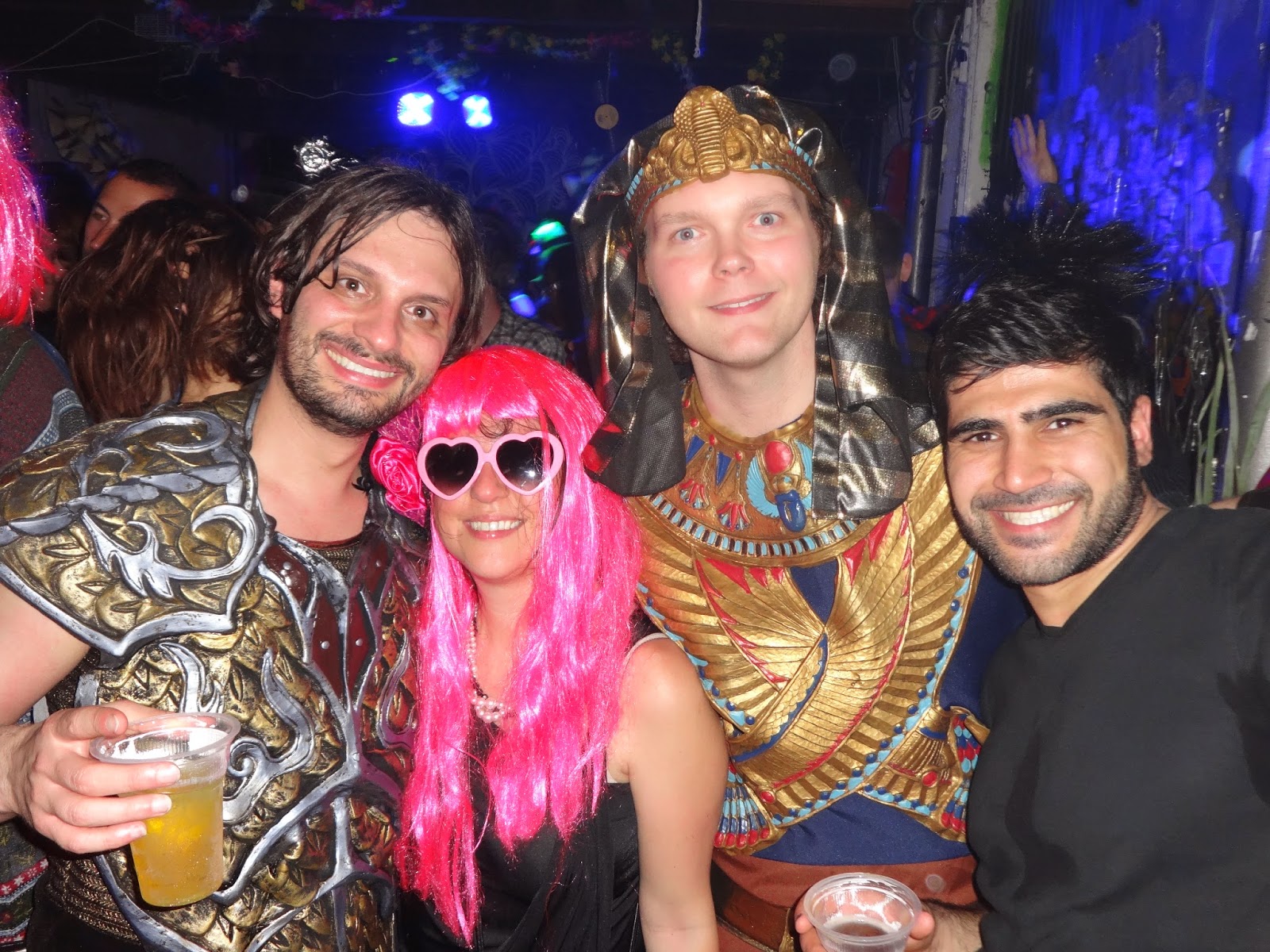 Overall, a fun night with fun people.  Next year, I think I'd like to try and see if one of the gay clubs hosts a Purim party, as I bet that'd be insane.  We'll have to work on TJ's costume though.  I mean, I was already dressed the part.
Posted by Aaron at 10:48 AM