It's A Magical World...Let's Go Exploring! 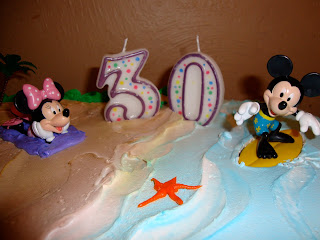 Wow....it sure has been a while, hasn't it?
I want to apologize for my absence. Many of you have made mention of the fact that I haven't posted in a while...many of you mentioned this more than three months ago. I have my reasons, though I suppose they are just excuses.
When I started this blog, I did so with the intention of chronicling my (mis)adventures as a Trailing Spouse. "Trailing Spouse" is the insulting terminology used by the Foreign Service to identify the partner or spouse of a Foreign Service Officer that has the audacity of not wanting to be an FSO him/herself. My new life was scary. It was thrilling. It was different. I wanted to capture it in words and pictures.
Well..."The best-laid plans of mice and men often go awry."
By mid-March, I was growing comfortable living in Falls Church, VA. I began to realize that there was nothing particularly scary, thrilling, or different about my new life. Well, okay, Virginia/DC traffic is horrifying. But other than that, I was just...home. Same circus, different clowns, if you will.
Then, on March 23rd, I celebrated my 30th birthday surrounded by our new FSO friends, with a Florida-inspired Mickey Mouse cake along for good luck. I had anticipated having something profound to say about turning 30, but, as is more than likely often the case, I discovered that age is but a number. At this point, I retreated into a self-pitying display of writer's block, and have stayed there ever since.
I guess my intent had been to wait until we moved to Guadalajara before posting again. Trouble with that is, after adjusting to the culture shock, Guadalajara, too, will be home. What then?
I feel that I am a person with things to say. Events to chronicle. Photos to share. So what if I think life in Metro DC (or even Guadalajara) becomes ordinary? I have friends around the world that may not agree.
It's a magical world out there....it's time to start exploring...and sharing.
Posted by Aaron at 4:09 PM