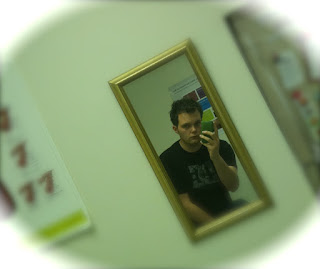 When we made the decision to join the Foreign Service, one of our biggest concerns was that the United States government continues to ignore the validity of same-sex relationships. The Obama administration has made some noticeable improvements in this area when it comes to State Department employees and their spouses, but there are still gaps that need to be filled.
Under Secretary Clinton, the partners of Foreign Service Officers are now counted as Eligible Family Members (EFMs), which impacts the square footage provided to the FSO's in their overseas assignments. I now qualify for emergency evacuation in times of crisis. I am able to get a job in a consulate or embassy and earn a salary in US dollars vs. local currency. I am provided all of the tools necessary to learn the language spoken at our post.
Our biggest concern is the continued inability for me to obtain health care benefits under TJ's plan. It is not enough to be an EFM. We must be in a federally recognized marriage for me to qualify for health care. What this means is that, unlike any other spouse, I must find employment when we leave the country. It means that, when I quit my job in September to start language training, I will either be without medical coverage, or will have to pay higher premiums for private coverage.
For the most part, I have always been healthy. One of the stipulations for TJ receiving his worldwide security clearance was that we both had to pass a stringent physical examination. Everything came up perfectly well for both of us.
I have always said that, barring any unfortunate attacks by a burro, there should not be immediate need for health care in Mexico.
Saturday night, I found a lump on my groin.
There was no pain. There was no visible sore/wound. There was no discoloration. But it was there. It was marble-sized. And it didn't belong.
I did some Internet research, and was comforted by the fact that testicular cancer is, well, on the testicles. Further research caused an upswing in panic when I read about swollen lymph nodes in the groin area.
As a rule, when swelling appears suddenly and is painful, it is usually caused by injury or an infection.
Enlargement that comes on gradually and painlessly may result from malignancy or tumor.
It was Saturday night. I had no choice but to sit on this until Monday morning. I called a few doctor's offices and was fortunate enough to find an opening this afternoon.
As I sat waiting for the doctor, I realized that I had never been so terrified in my life. I lifted my head and caught sight of my haggard face in the mirror. A few months ago I pondered the significance of turning 30. THIS is the significance that I failed to find then. Getting older means being more aware of the things your body tells you.
Thankfully, everything turned out alright in the end. I'm embarrassed to have gotten so worked up over a mild skin infection. Even more embarrassed to admit that the Nurse Practitioner thinks I irritated a few hair follicles during some routine "manscaping," thereby causing the infection. She thinks I will be OK after a few days on antibiotics. She did say that, had I not come in when I did, it probably would have gotten pretty ugly, so there's some vindication in that, I suppose. I've had ingrown hairs before. They don't look like this. So, whatever.
I should probably be mortified sharing this story. But we all have our hypochondriac moments. And you know what? It could just as easily have been something serious.
I'm not going to get attacked by a burro. It's time to lay that joke to rest. But I could have a car accident. I could fall down the stairs. I could get stabbed or shot in a street robbery. I don't have cancer. But I could. And where would I be then? Less than two months away from quitting my job, and with no health coverage, that's where.
Agree or disagree with the rights of individuals to love whoever they chose. Everyone deserves access to health care.
Posted by Aaron at 5:44 PM