The Honeymooners, Day Three: Rome If You Want To 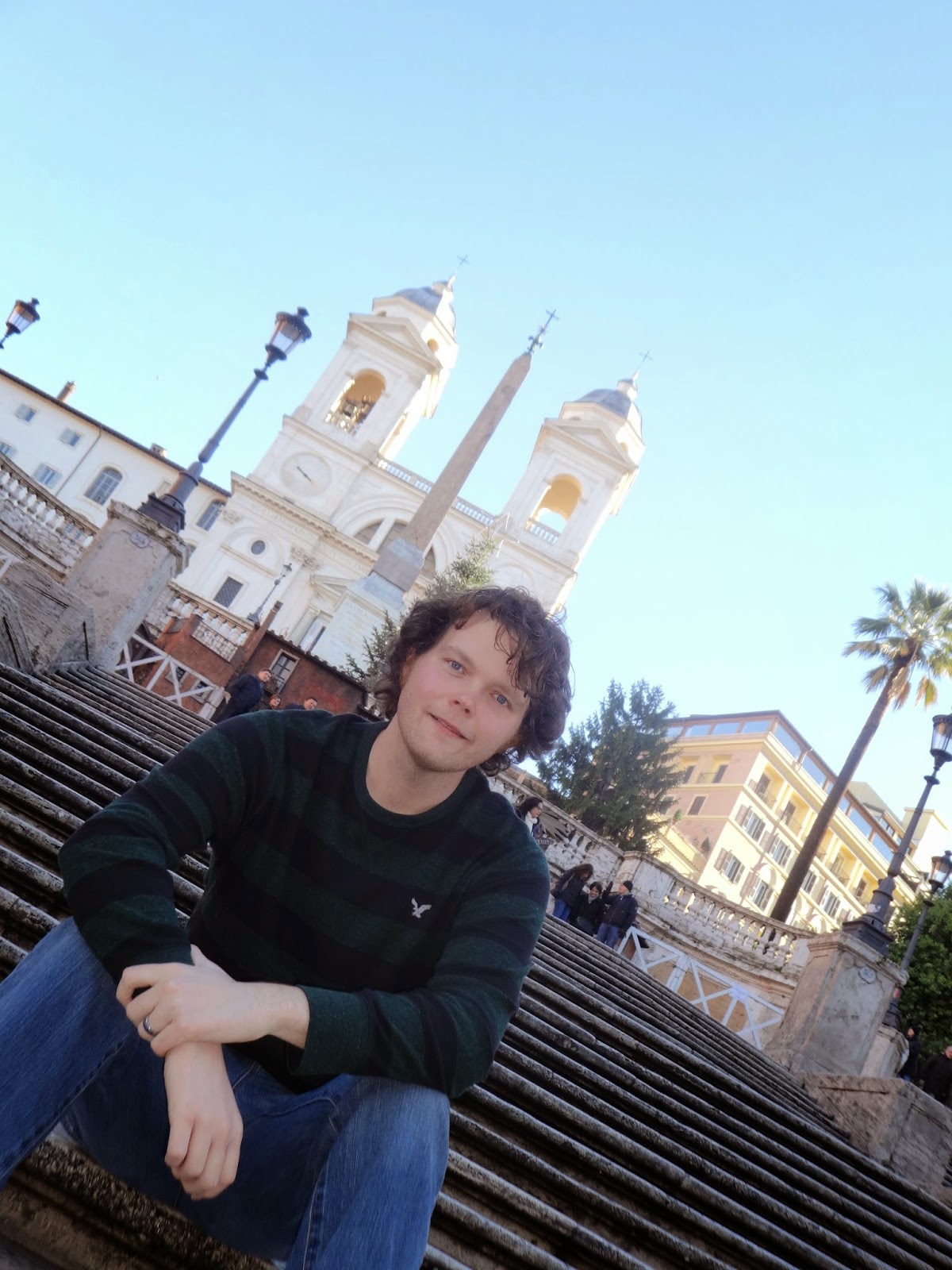 We started the third morning of our honeymoon adventure by scaling the Spanish Steps.  Holding the honor of being the widest staircase in Europe, the 136 steps span the distance between Piazza di Spagna at the base and Piazza Trinità die Monti and a church of the same name at the top.

The stairway was built with funds provided by French diplomat Étienne Gueffier in 1723, making my meager donation to the Trevi Fountain seem irrelevant.  But at least it fed the poor right?

Audrey Hepburn and Gregory Peck made the steps famous in the 1953 film Roman Holiday.  But I used that title for my last post, so we'll just have to move right along and live with the regret of that just-missed opportunity. 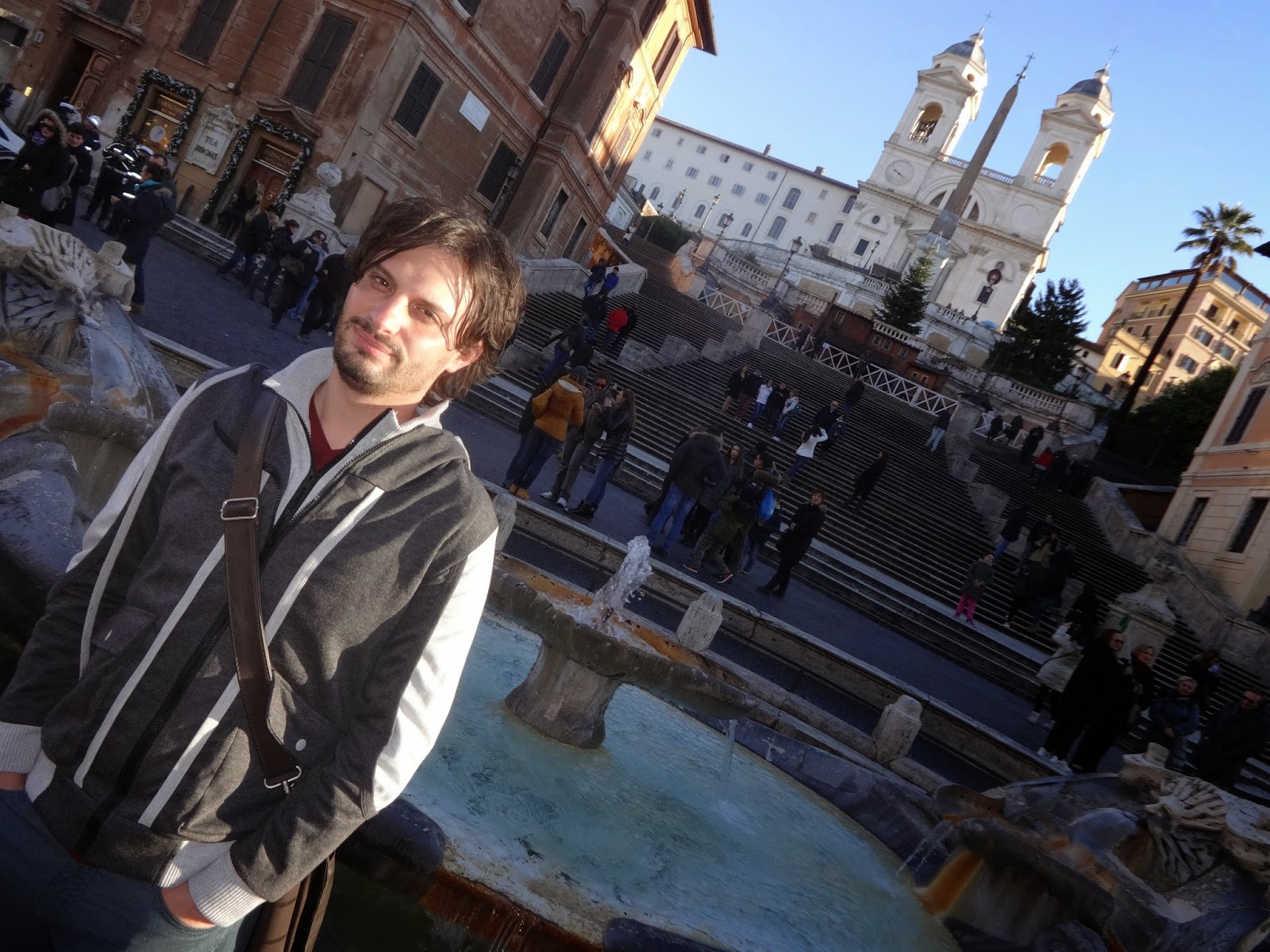 Fontana della Barcaccia (Fountain of the Ugly Boat), located in the lower plaza, is credited to Pietro Bernini, father of the artist behind the Fountain of Four Rivers.  It is said that Pope Urban VIII requested the installation of this fountain after being impressed by a boat that had been carried to this spot by a flood of the Tiber river.

Christmas celebrations in Italy begin eight days before Christmas and end after the Feast of the Epiphany on January 6th.  It just so happens that the day of our climb up the Spanish Steps was January 6th.  We didn't participate in any such feast but I did snag this photo of a beautiful Nativity scene that had been placed at the top of the steps.

A short distance from the Spanish Steps was the expansive gardens surrounding the Villa Borghese.  There appeared to be some sort of marathon in progress, but the park had more than its fair share of casual Sunday walkers and bikers.  Along the way we came across this statue honoring German writer/poet Wolfang Goethe.  The statue was a gift of friendship from Germany's emperor William II to the city of Rome and was inaugurated in June 1904 in the presence of Italian king Vittorio Emanuele III.  Goethe stands atop the highest pedestal, surrounded by representations of the fields in which he was influential:  philosophy, drama and opera. 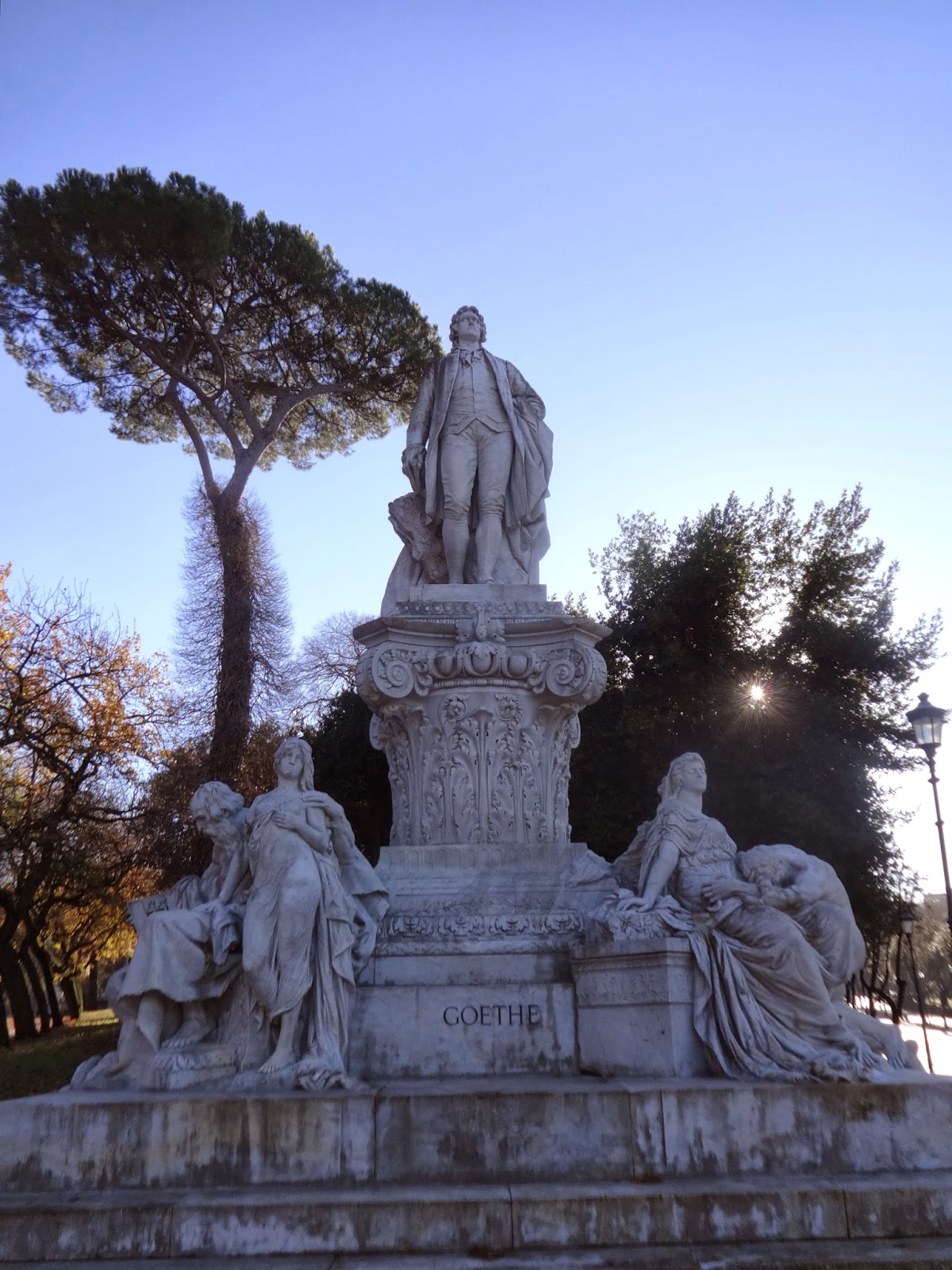 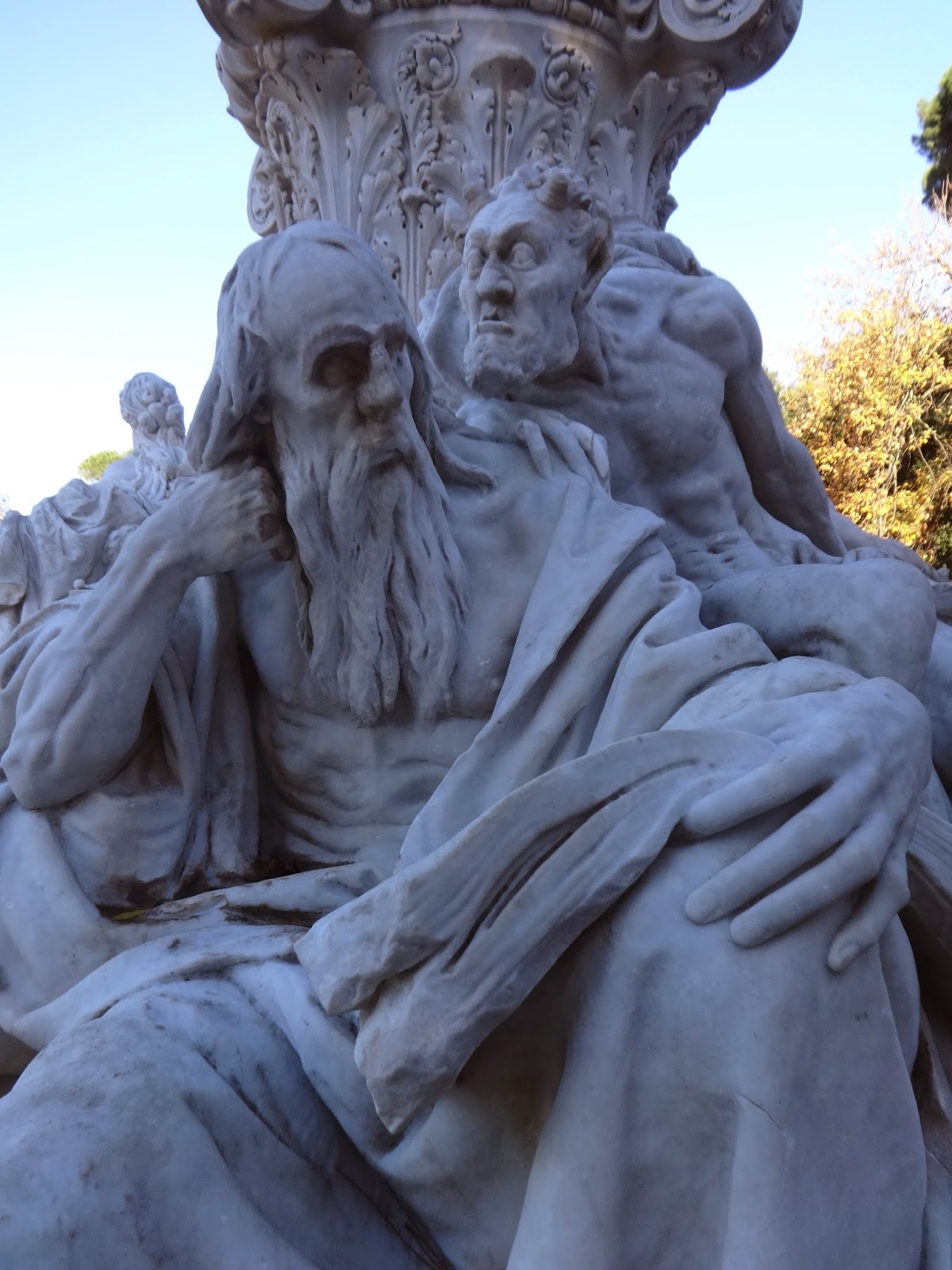 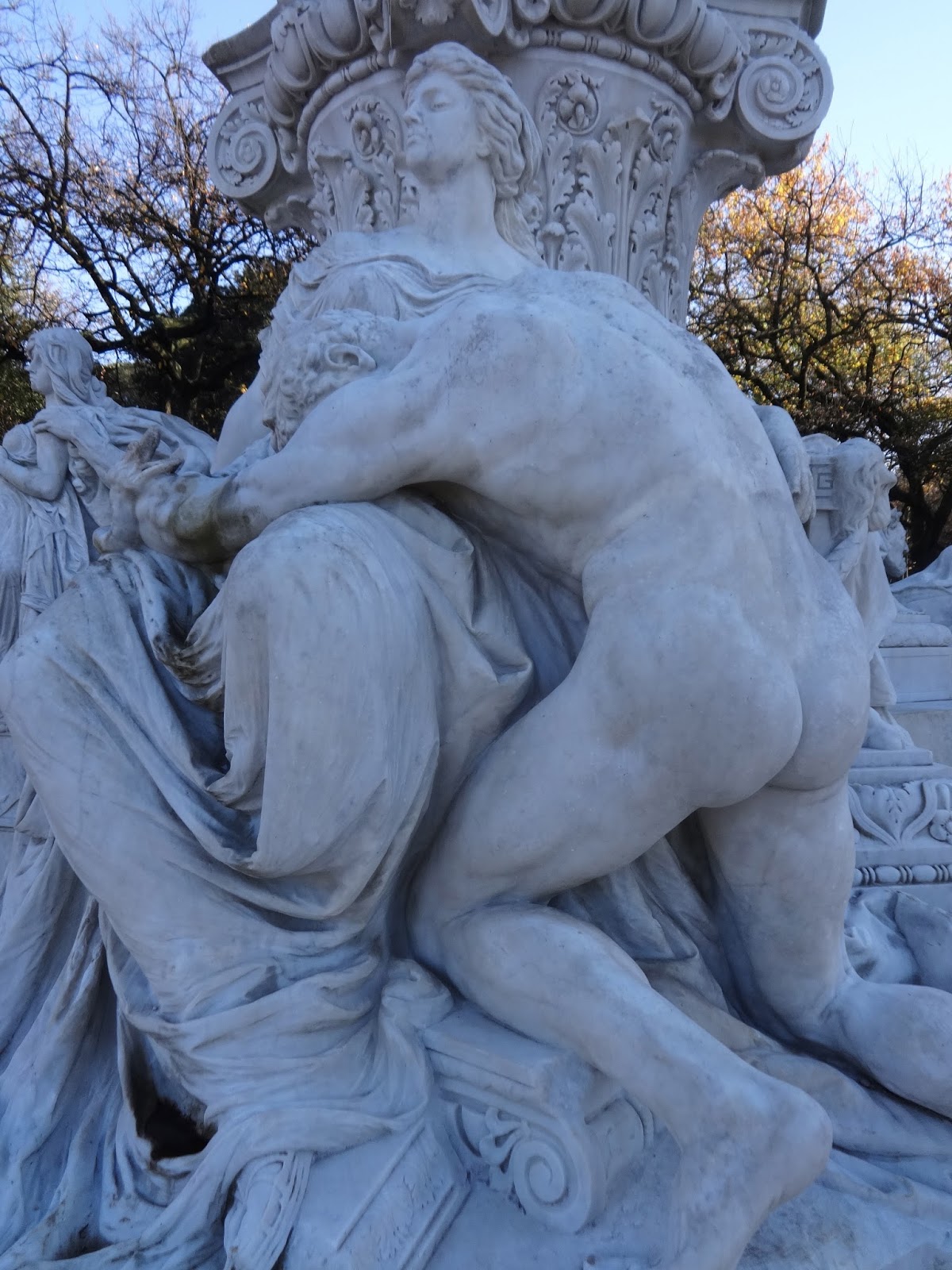 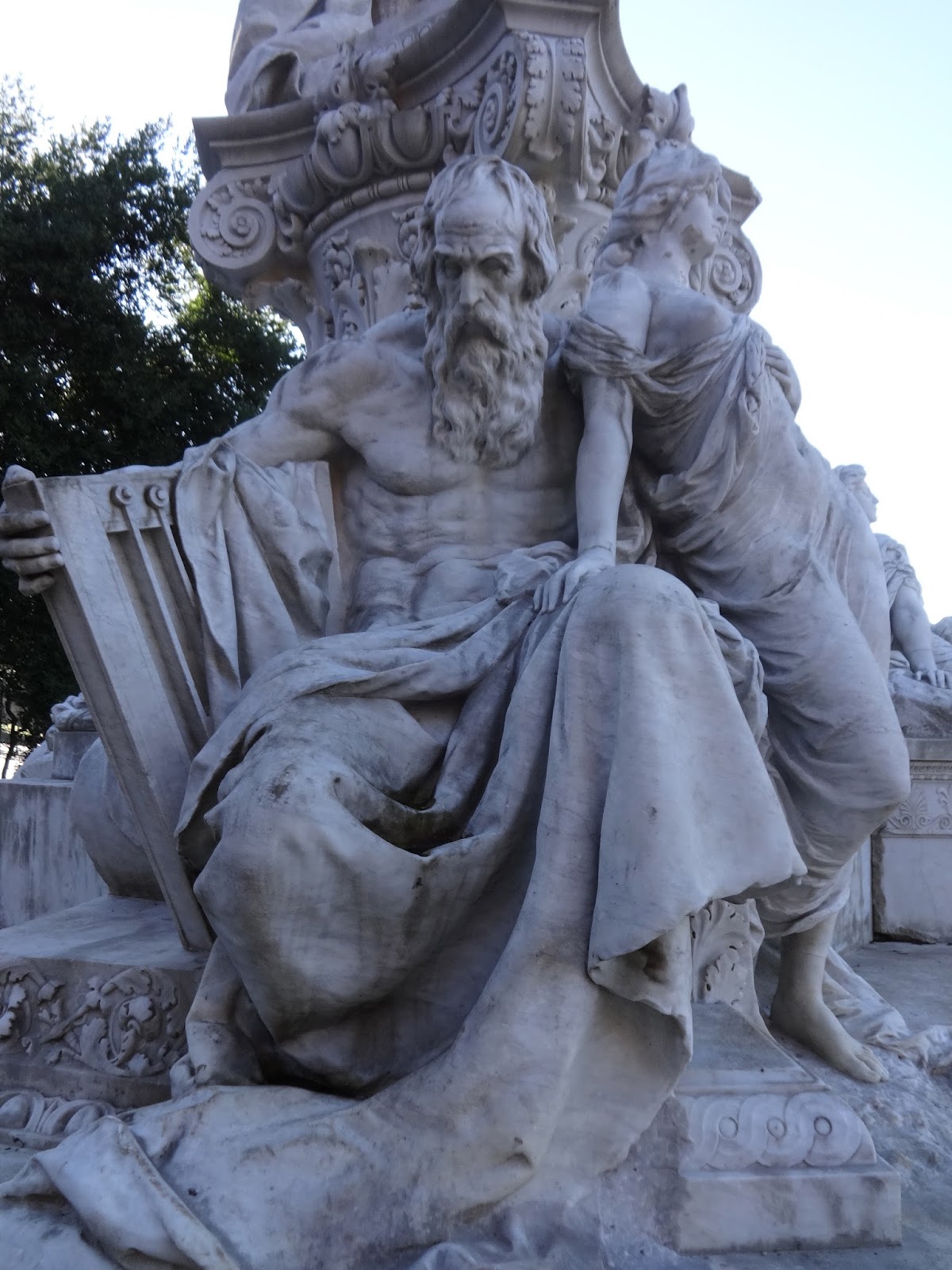 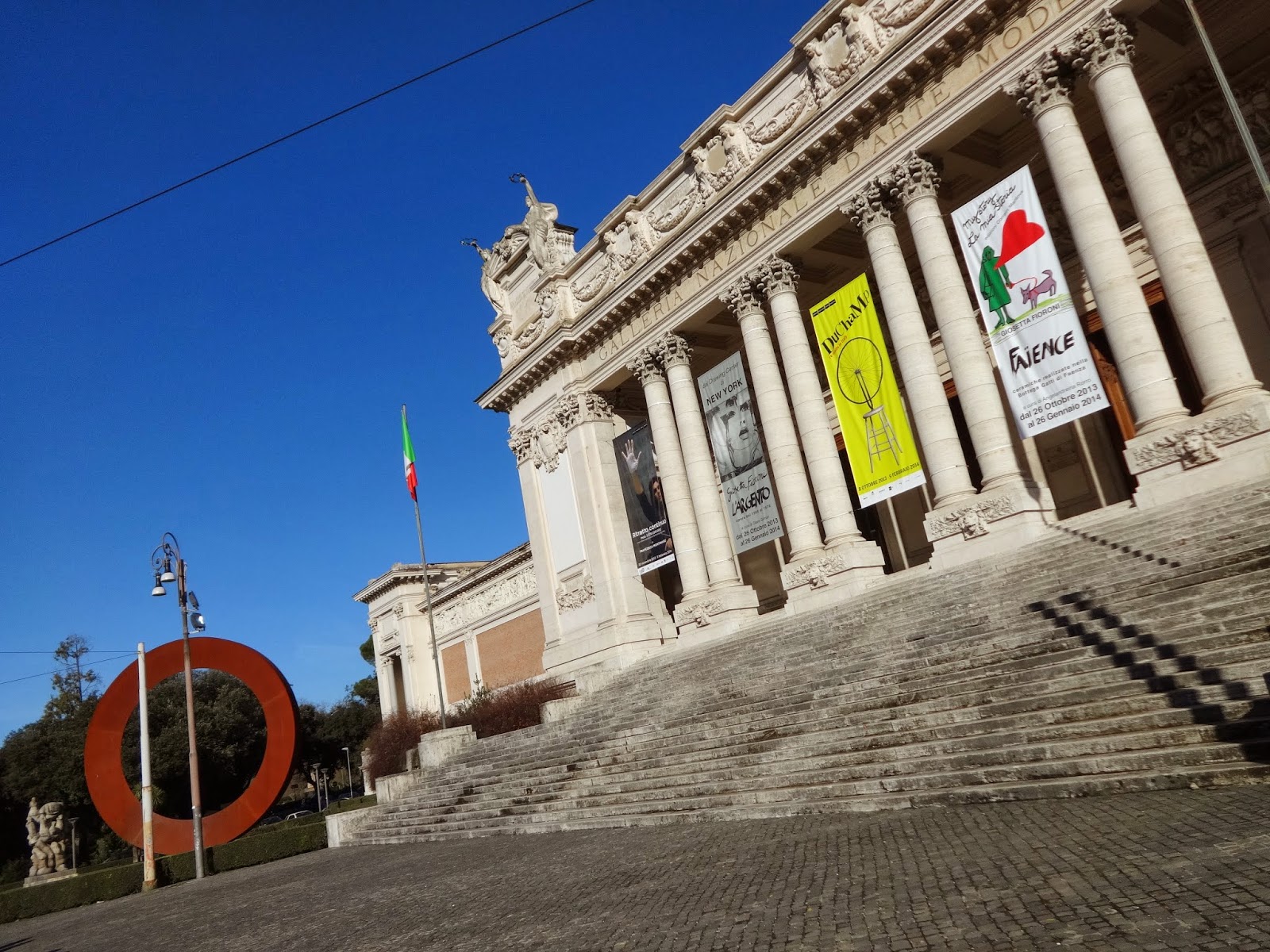 Although I was enjoying a leisurely stroll through the park, TJ was a man on a mission.  His plan was for us to charge through Galleria Nazionale d'Arte Moderna (GNAM), Rome's National Gallery of Modern Art, located at one end of the park, go grab lunch at the other end of the park, and then return to the park to hit up another museum, all within a three hour period.  I'll save you the suspense:  we did it.

GNAM is a contemporary gallery featuring exhibits from the late 19th century to the mid 20th century.  It was a surprising oasis of modernity in a desert of antiquity.  Let's take a moment to appreciate some of my favorite pieces. 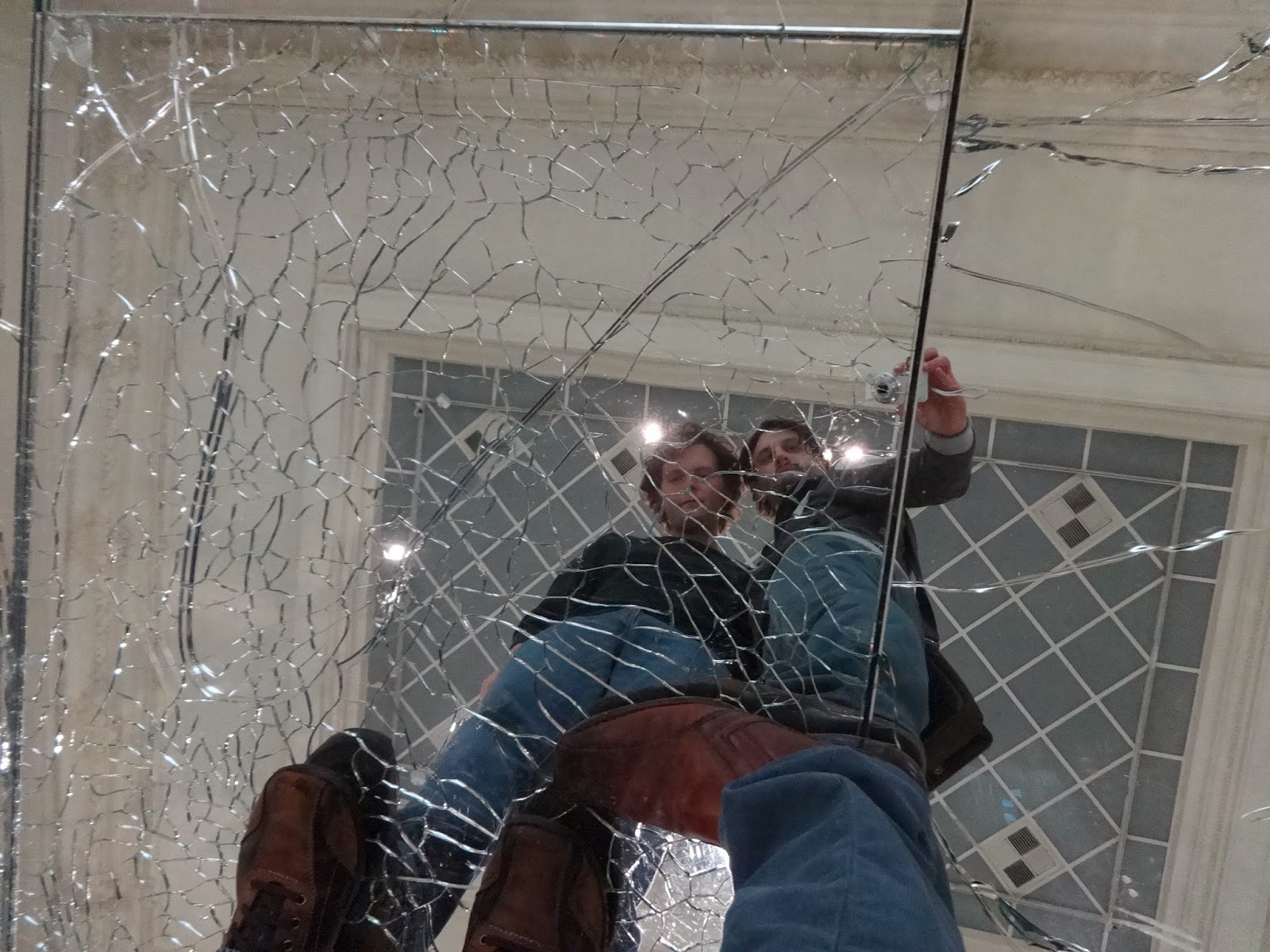 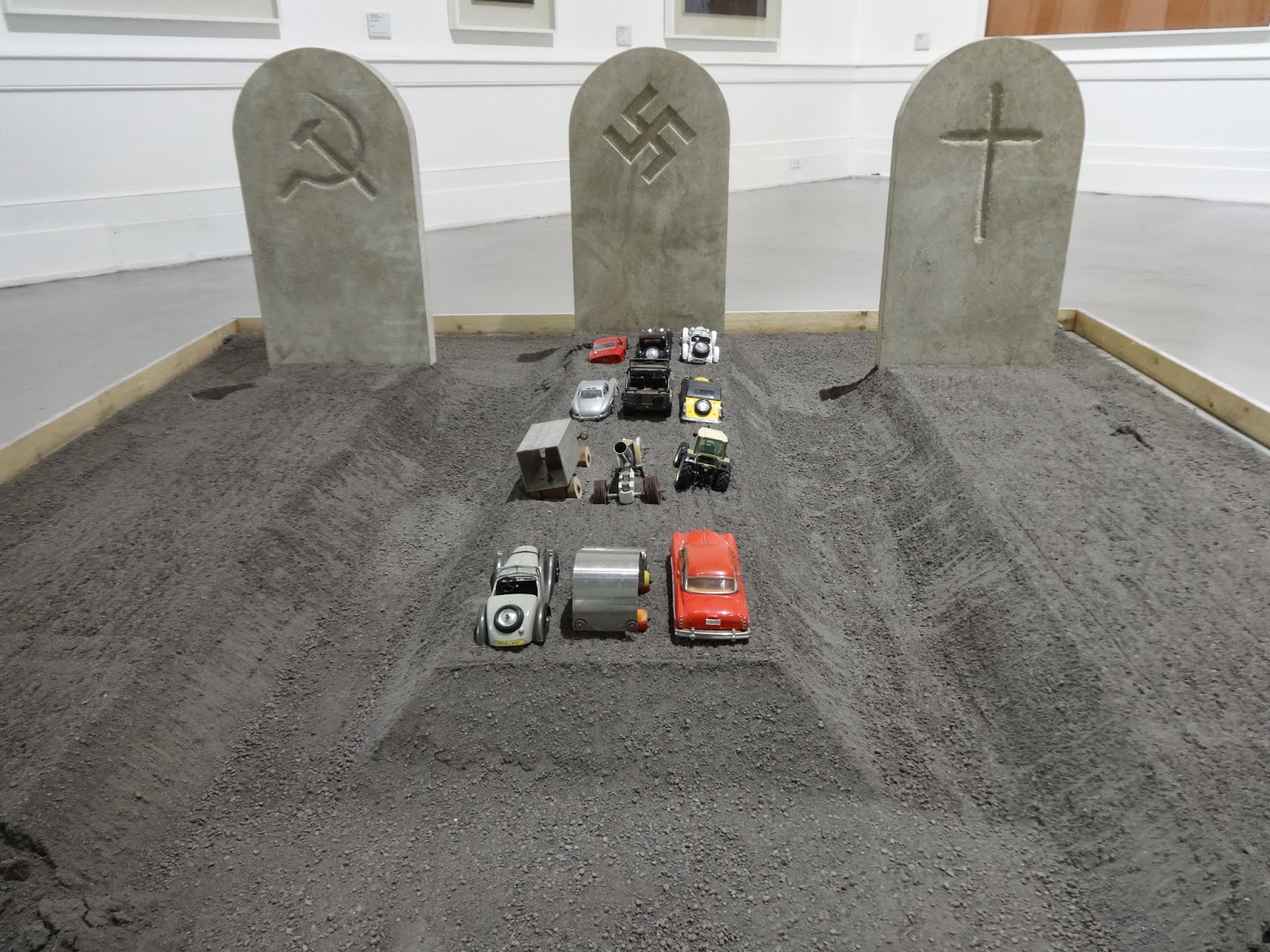 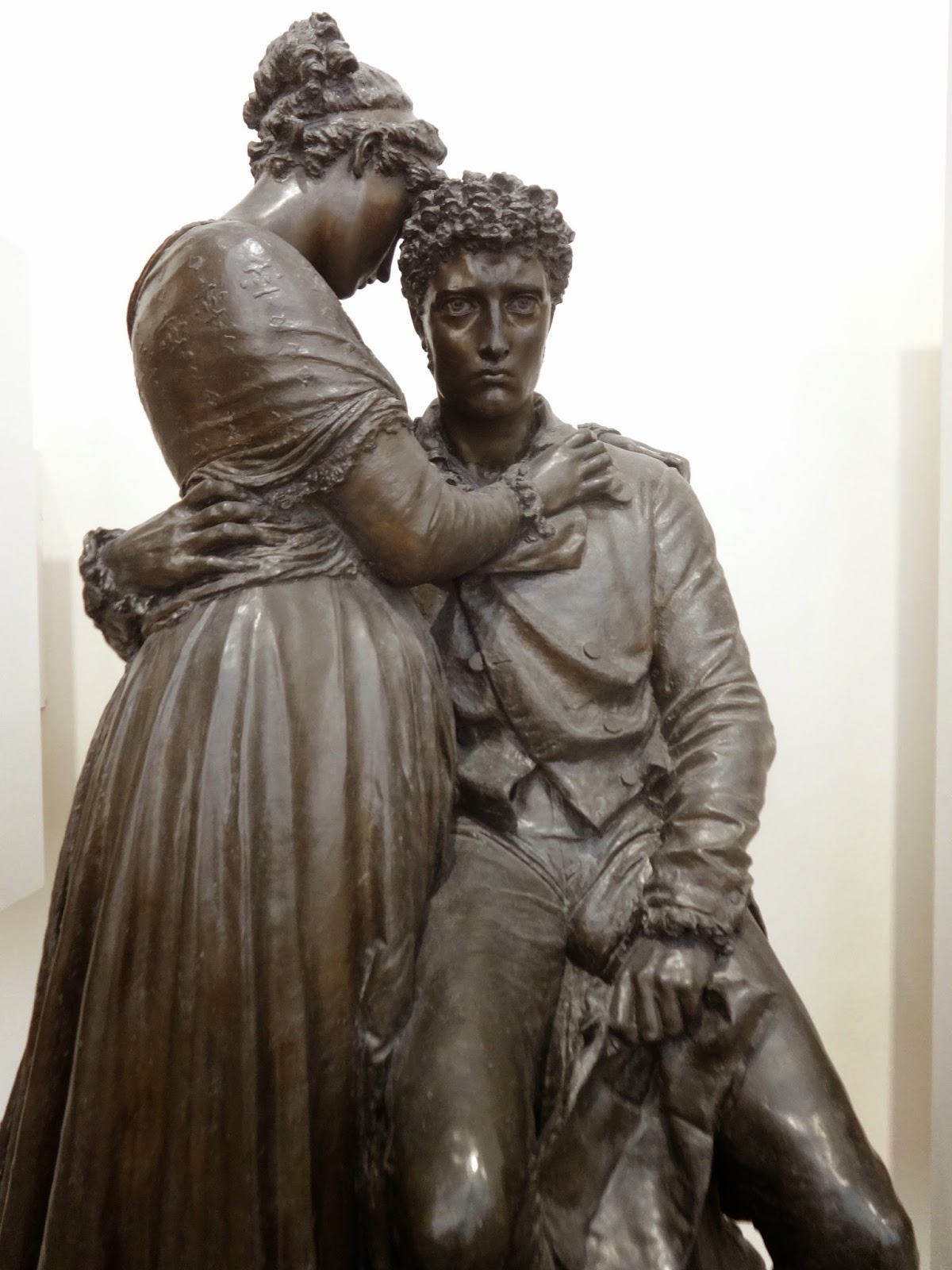 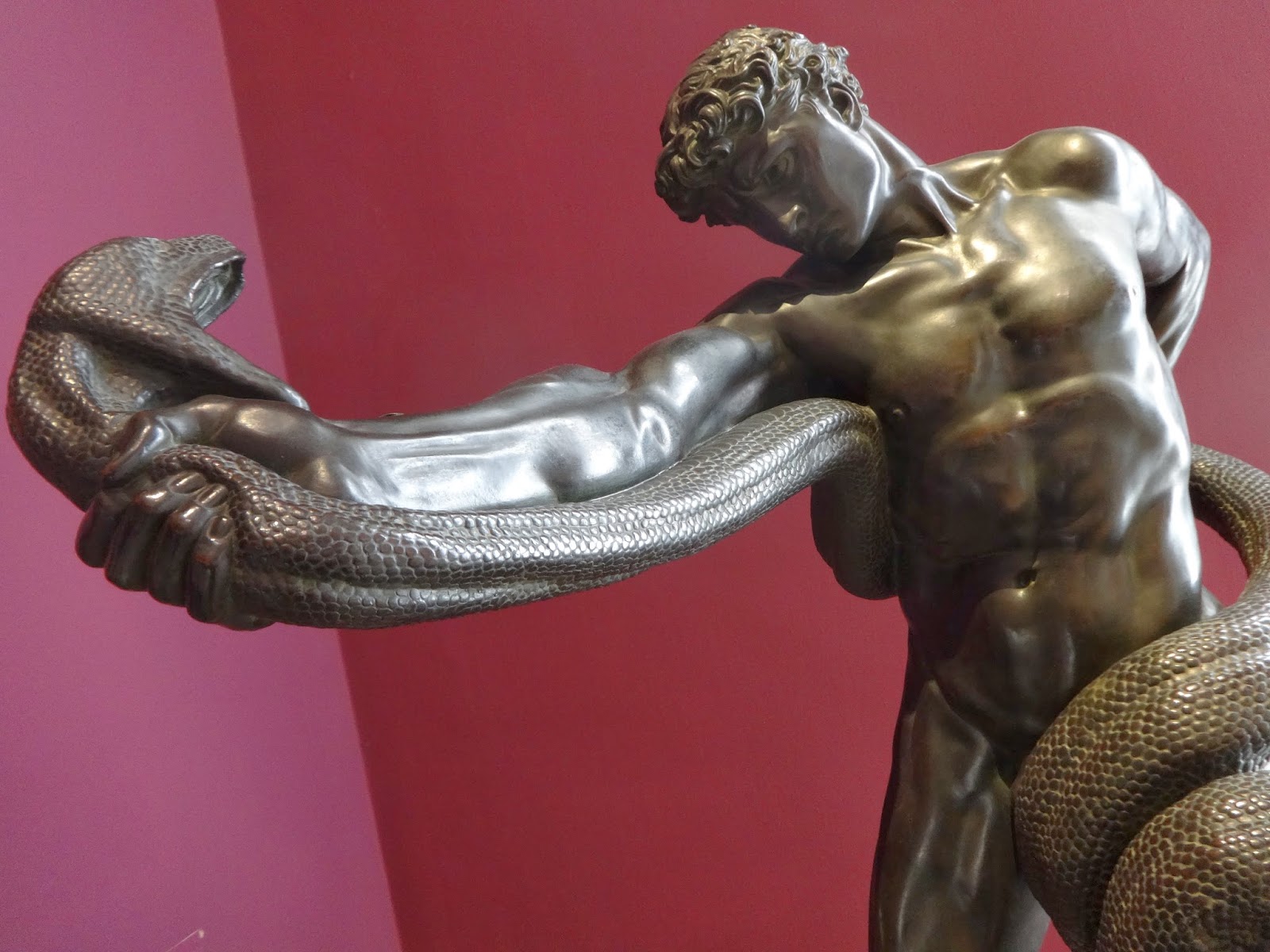 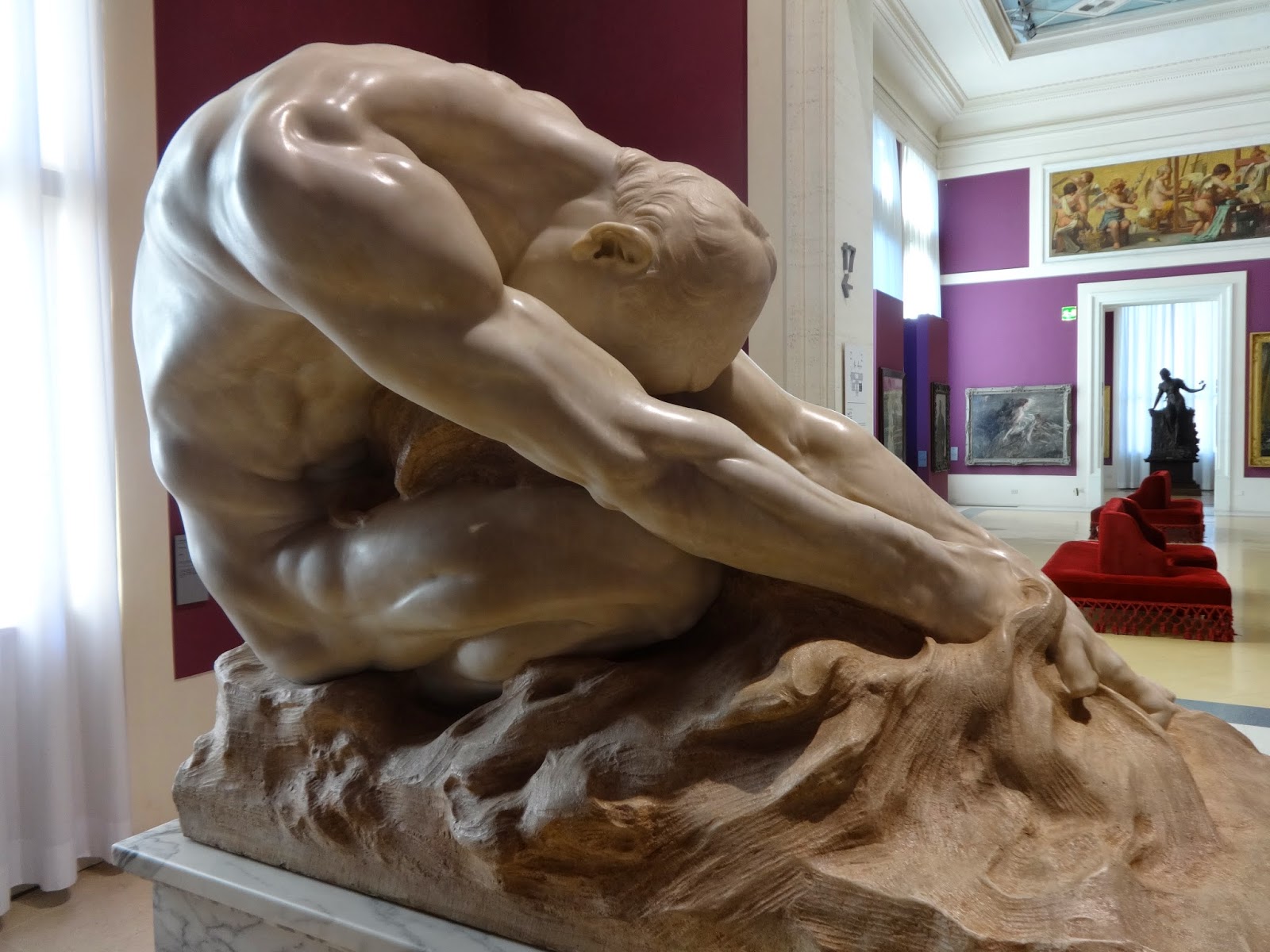 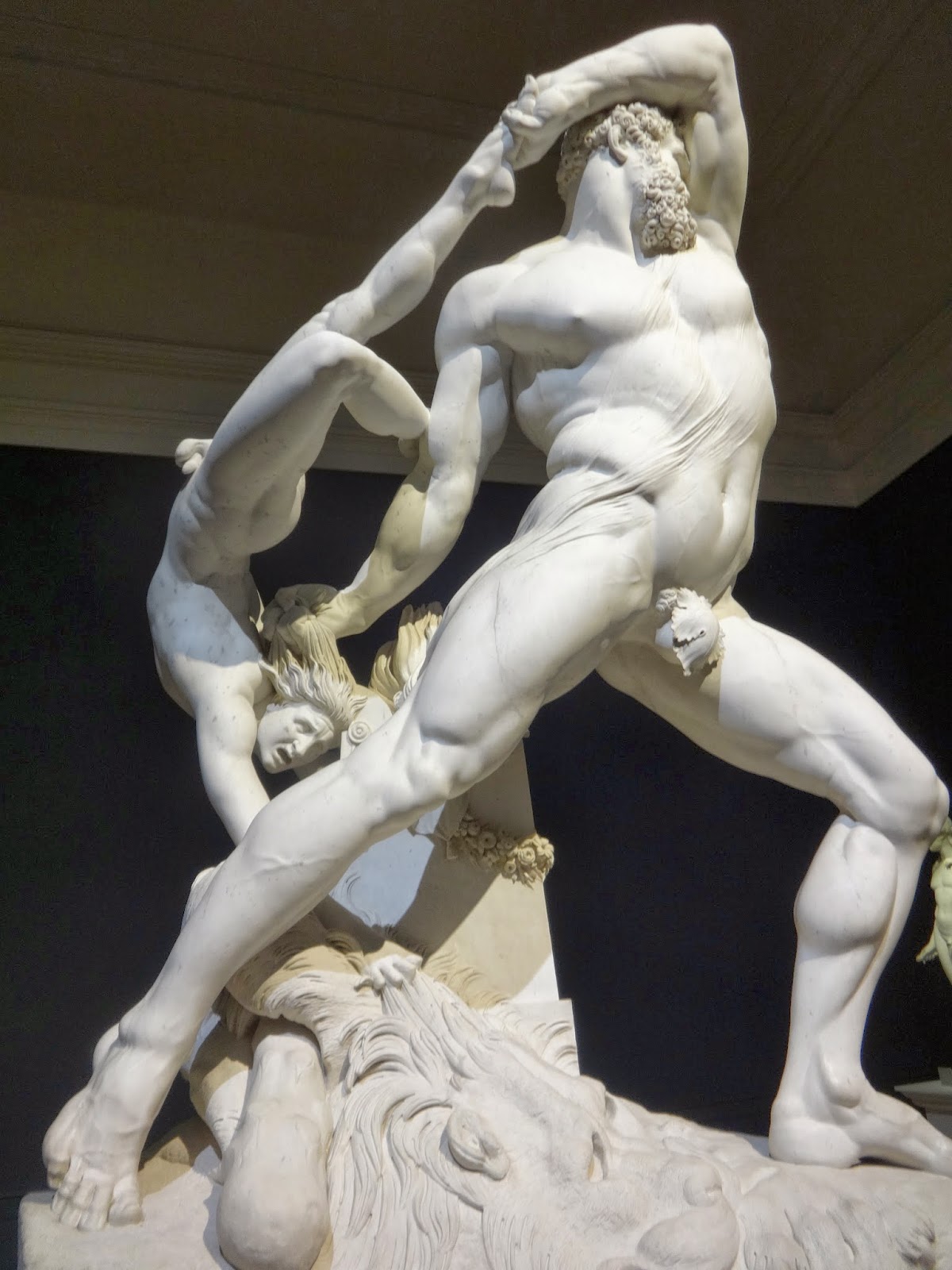 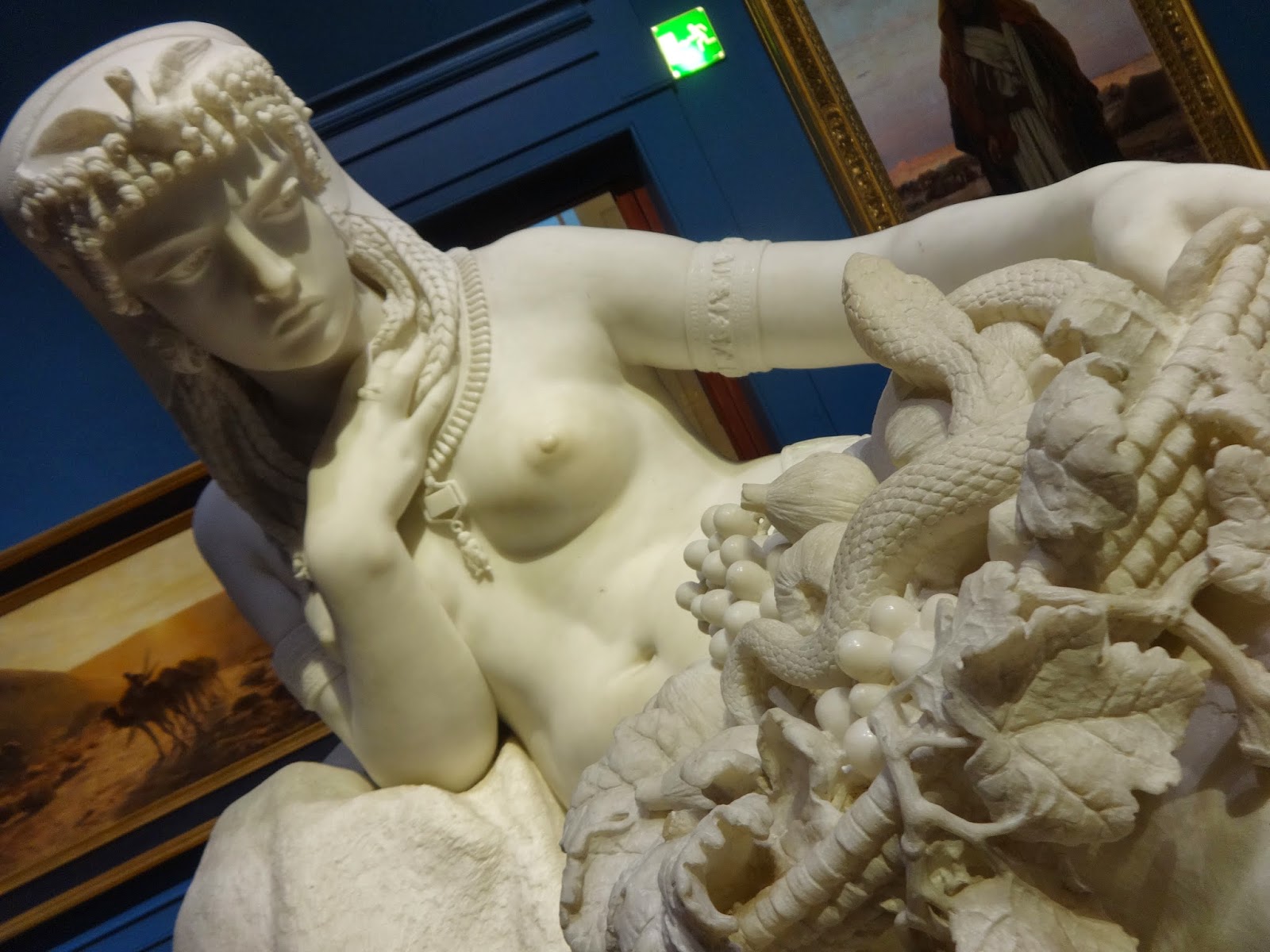 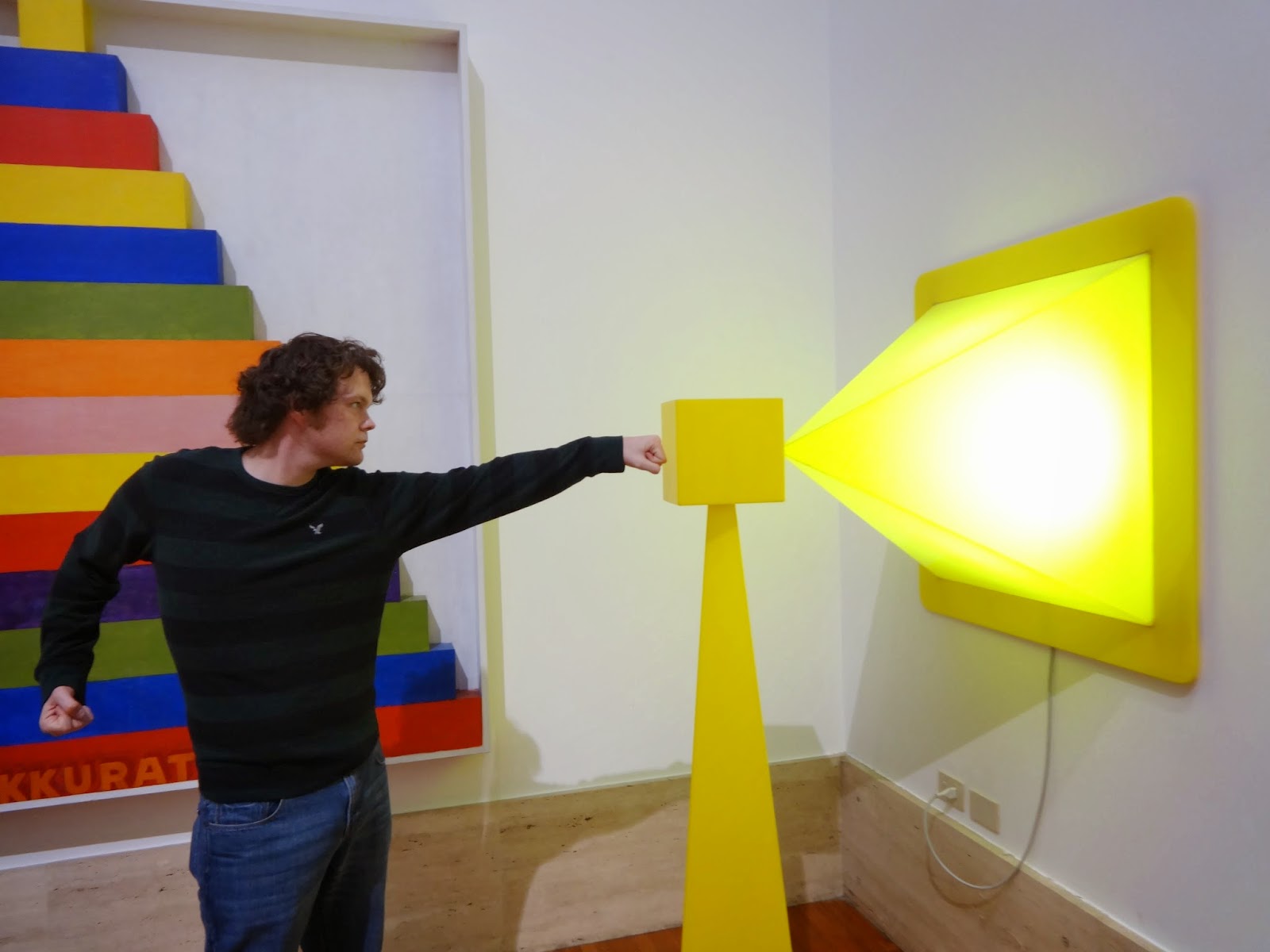 While waiting for our next destination to open it's doors, we stopped for lunch at the Hard Rock Cafe.  Glorious, delicious, trustworthy Hard Rock Cafe.  Loved by some, hated by others.  Some stop by for shot glasses and then hit the door.  I stop by for shot glasses and stay for the gluttony.  Wherever you go in the world, you know that you can visit the HRC for a consistent menu and free refills.  Below is a photo of a sight that almost brought me to tears.

To the left is the cafe.  To the right is the US Embassy.  You know, where I would work if ever we were assigned to Rome.  Do you know what's across the street from the US Consulate in Jerusalem?   Nothing, that's what.  *cries* 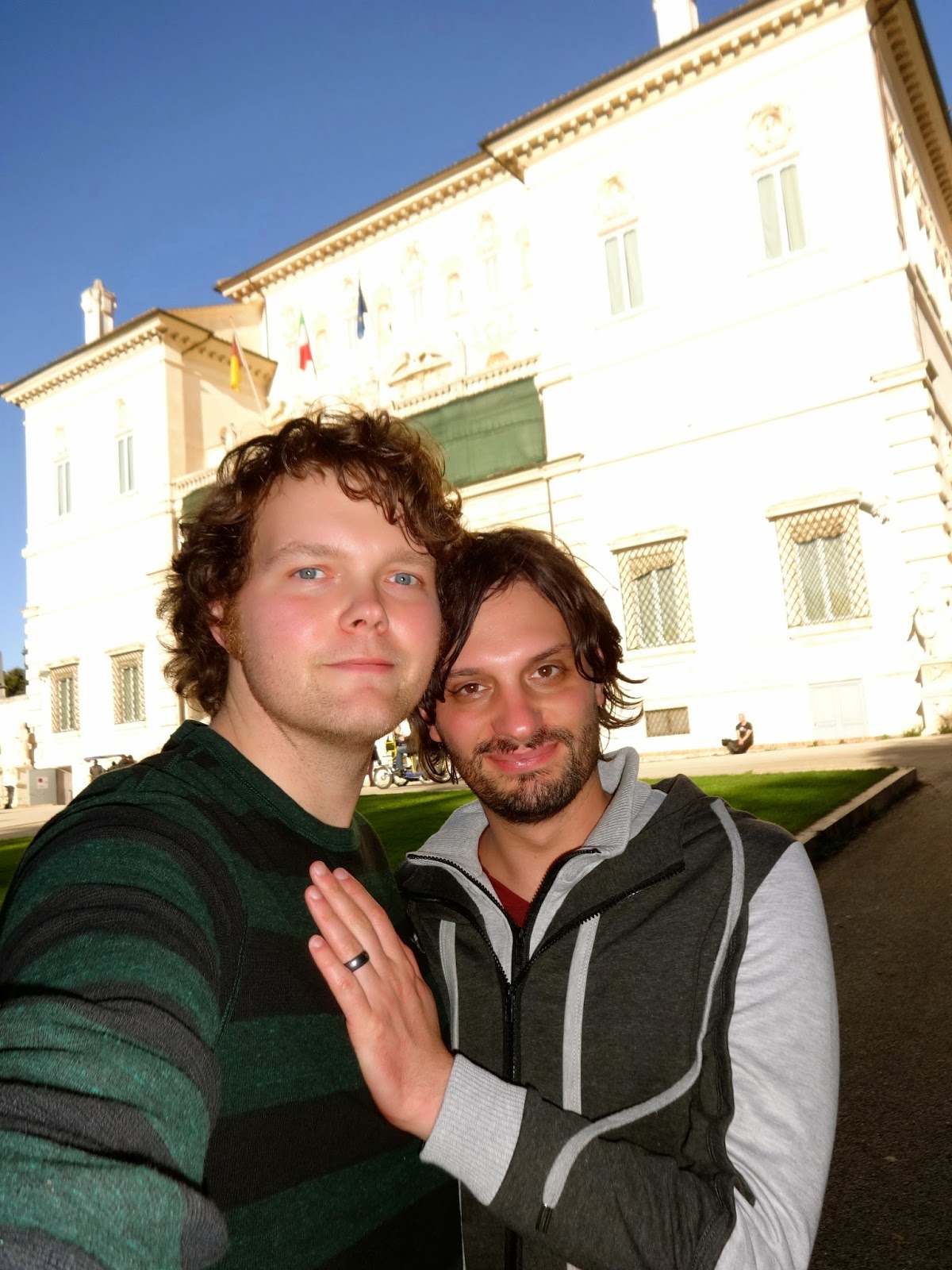 After finishing our lunch, we walked across the street and back into the park.  The Borghese Gallery was built using sketches by Scipione Borghese himself, who used the property as a suburban party villa.  Nowadays, the house provides gallery space for a large portion of the Borghese collection of paintings and sculptures.  The gallery features twenty exhibition rooms spread across two floors.

The gallery contains three stunning works by Gian Lorenzo Bernini:  Apollo and Daphne, David, and The Rape of Persephone.  Every wall seemed to be wallpapered with art from floor to ceiling.  I had to watch myself, lest I knock over one of countless sculptures adorning elbow high pedestals.  Yet I have no proof of this.

Photography is not allowed inside the gallery, which is a shame as I have a strict policy of "Pics or it Didn't Happen."  I will say that forcing one to put down a camera and truly experience what is in front of him does allow for better appreciation in the moment.  It just doesn't allow for vivid recollection two months later when you finally get around to blogging about it.
Posted by Aaron at 11:38 AM