A Festival of Lights

No, not Chanukah.  Though, that would be some amazing synergy were they to host the event closer to that time of year.

The 6th International Festival of Light in Jerusalem was a series of light-inspired installations and displays that ran throughout Jerusalem's Old City every night from June 11th-19th (excluding Shabbat).  Admission was free, and people arrived en masse.  We are talking crowd chaos on the level of 5am, Black Friday at Wal-Mart, and Nintendo, Sony, and Microsoft are all releasing their newest video game platform. 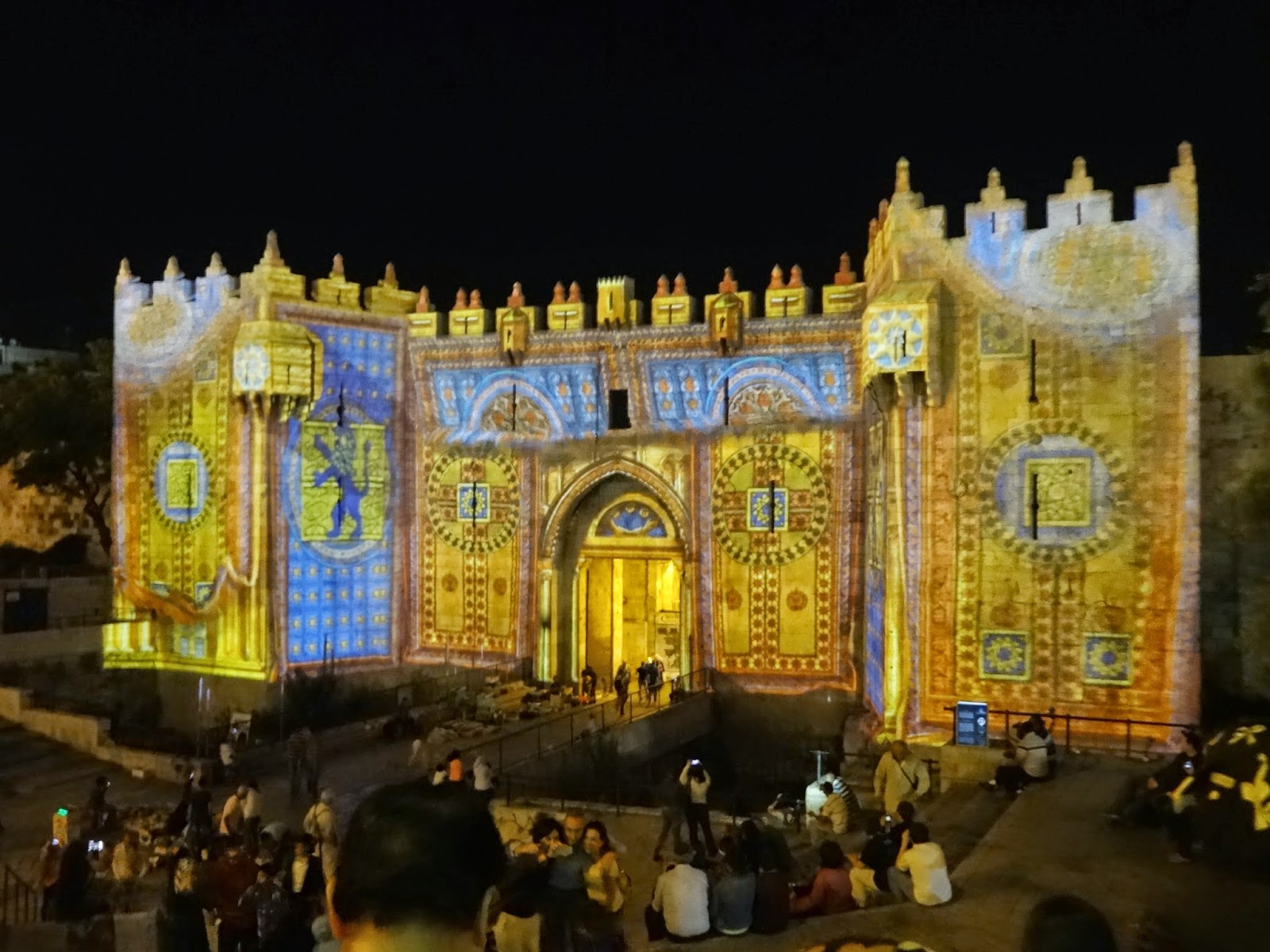 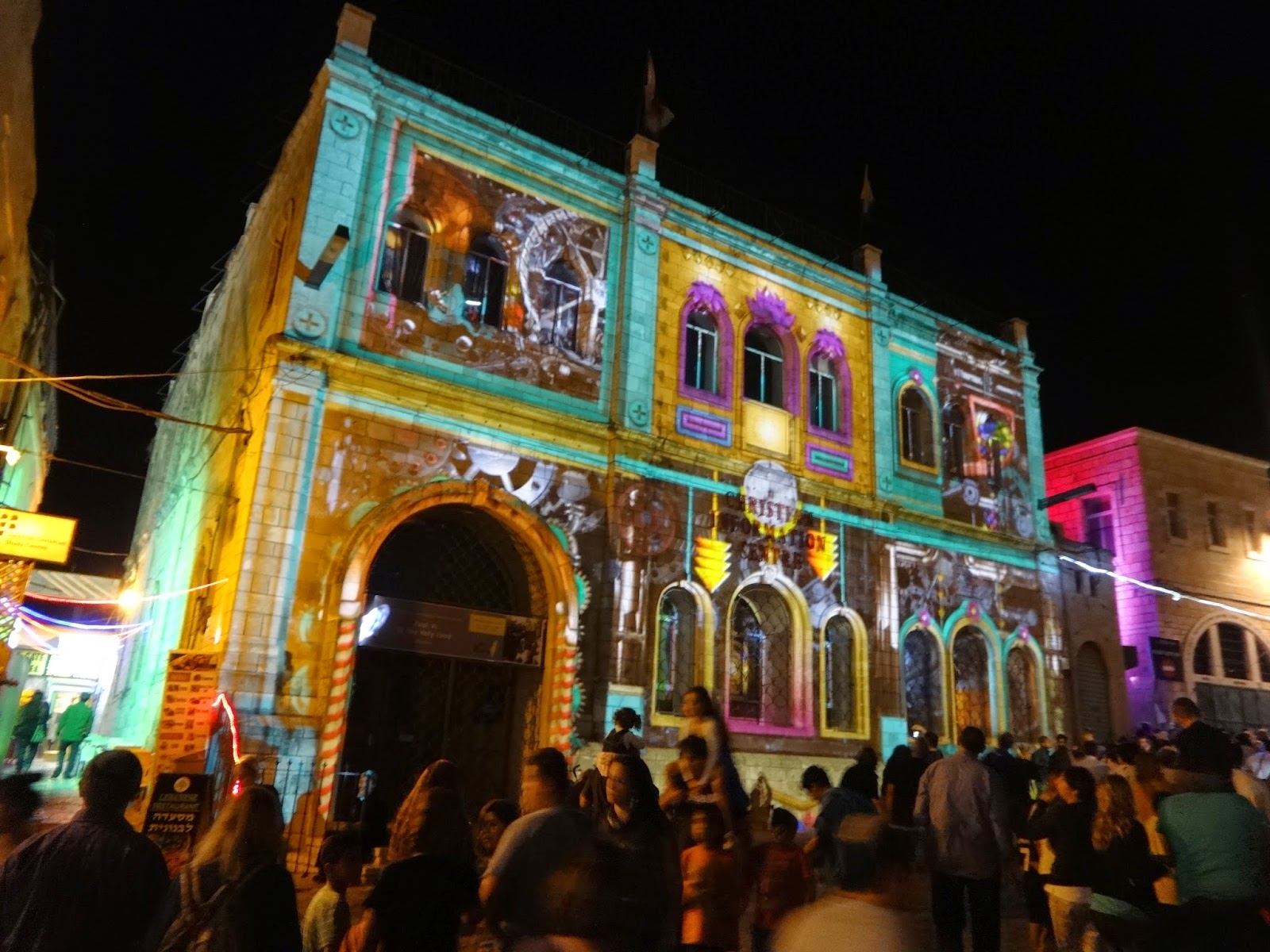 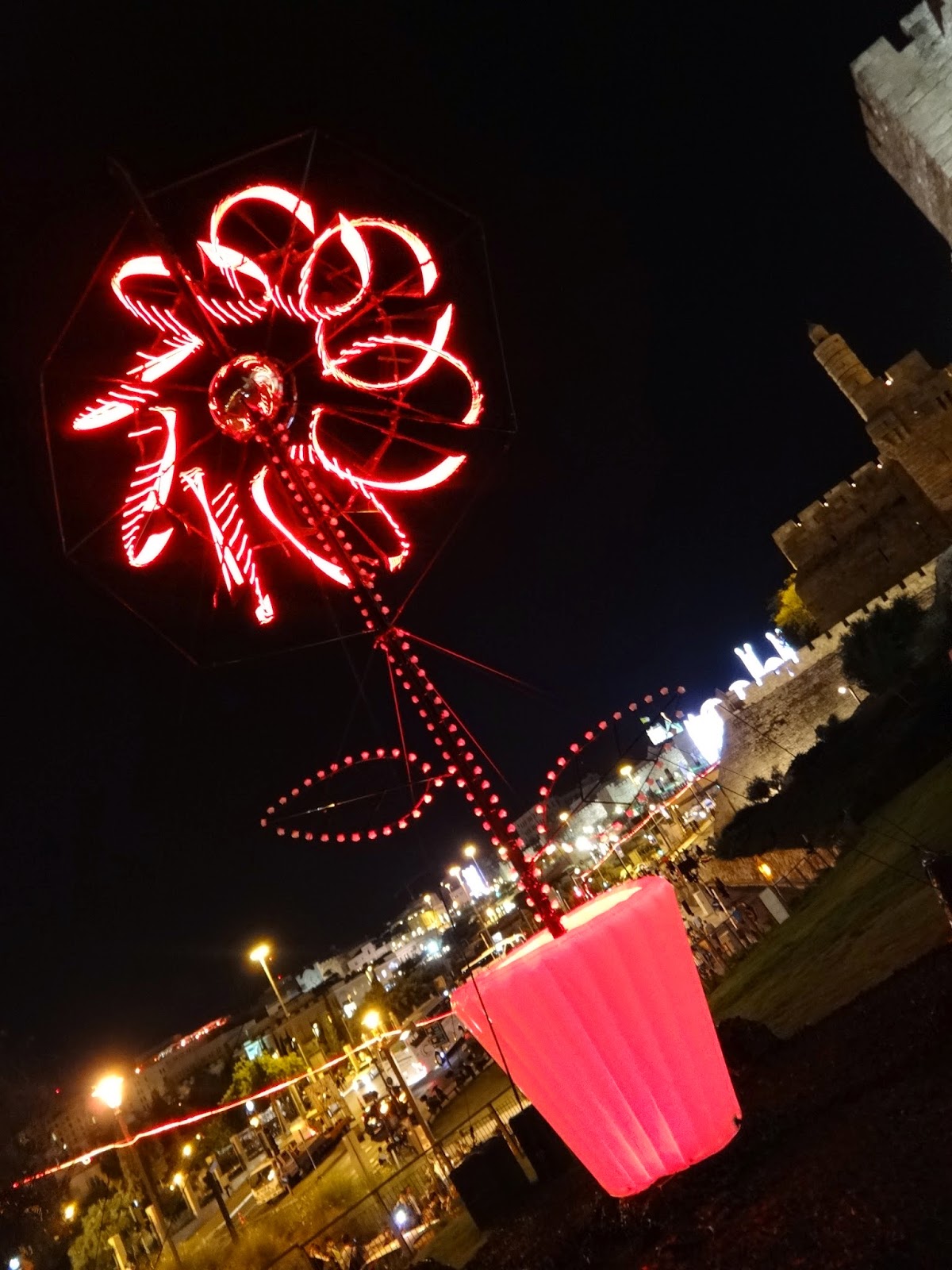 The festival provided a unique way to see the Old City, which is, well, old, in a new and exciting light (pardon the pun).  As someone that adores Christmas and all of the external home decorating that goes with it, something like this always makes me smile.

It strikes me as funny that I'm sharing this with you before writing one word about the historic sites of the city itself, but c'est la vie.  All in good time.  When I do it, I want to do it right. 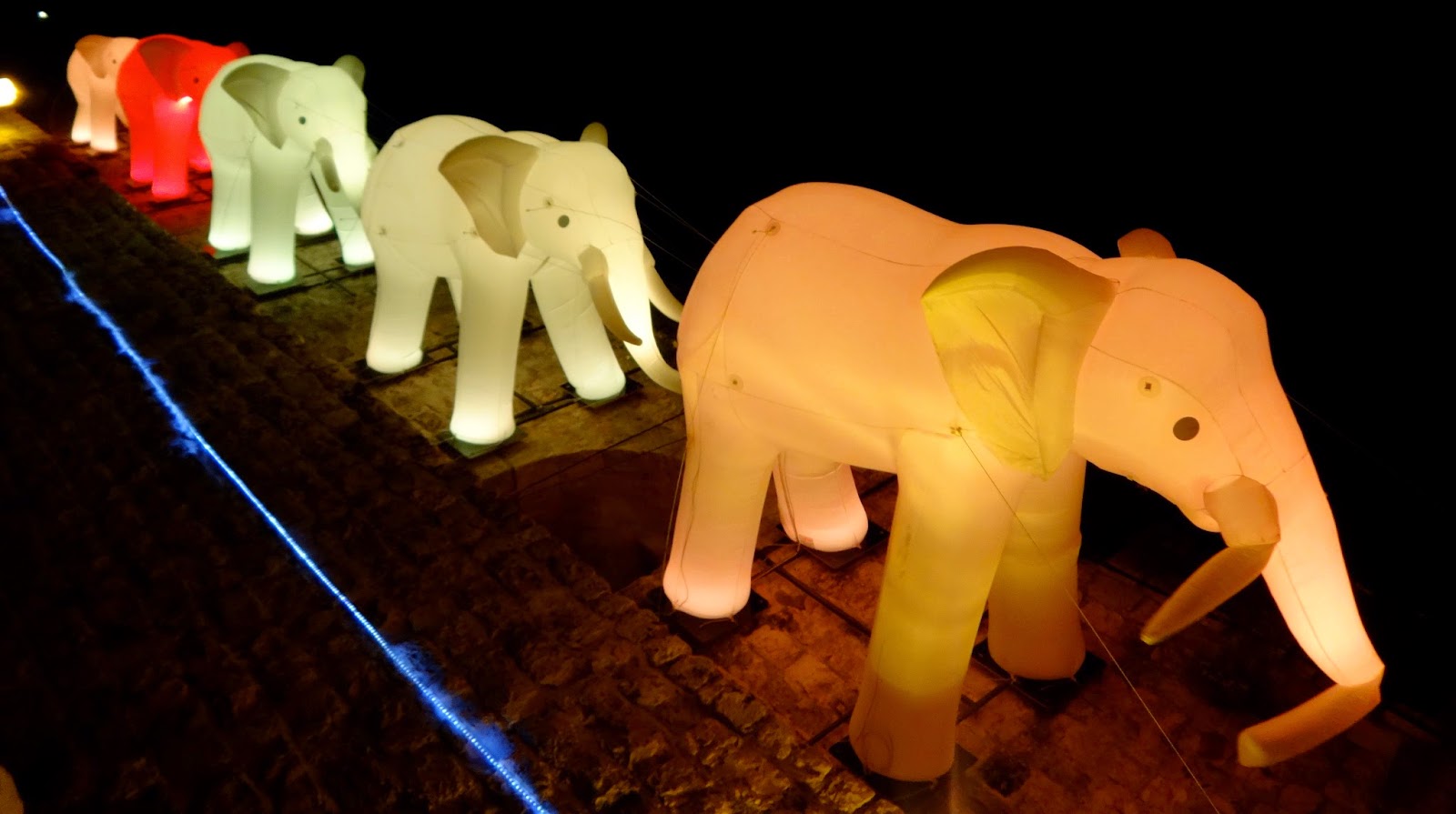 I feel that I seriously missed an opportunity with this exciting event, as I didn't understand that it was happening until the week was half over (I saw stuff going up, but had know idea why), and I didn't realize it was ending until the night before.  We rushed to the festival on the evening of June 18th, taking in as much of it as we possibly could....which wasn't nearly enough. 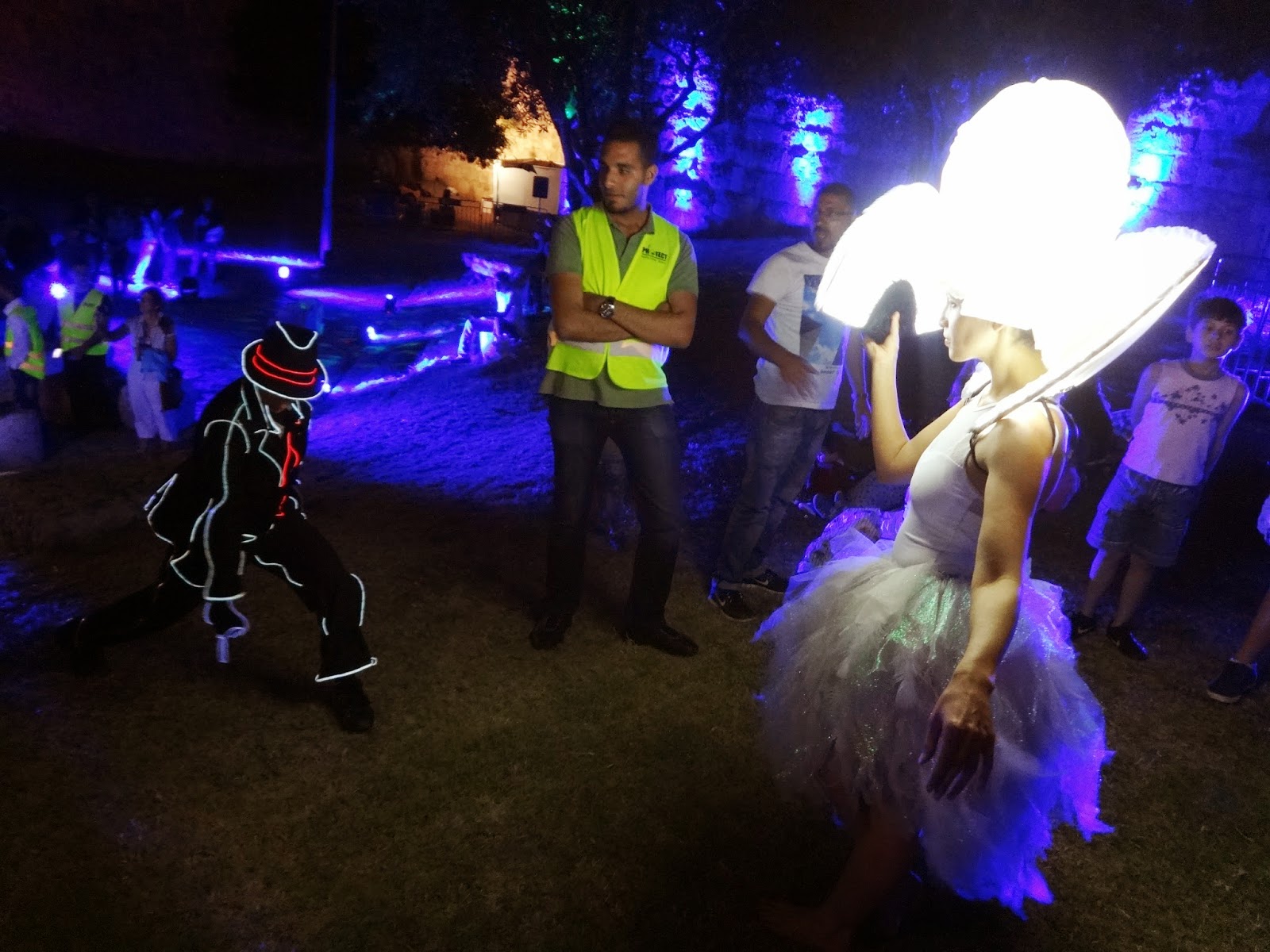 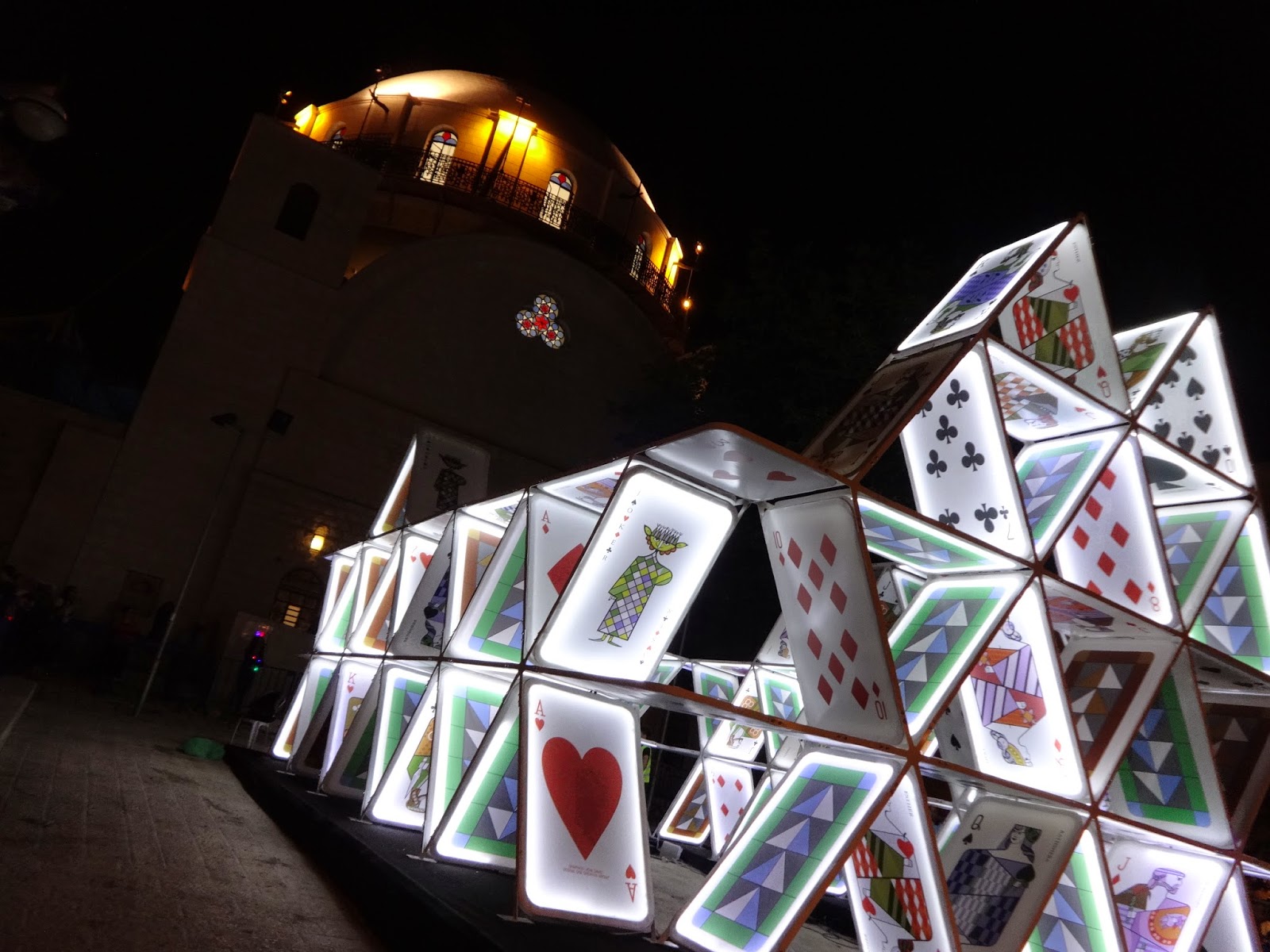 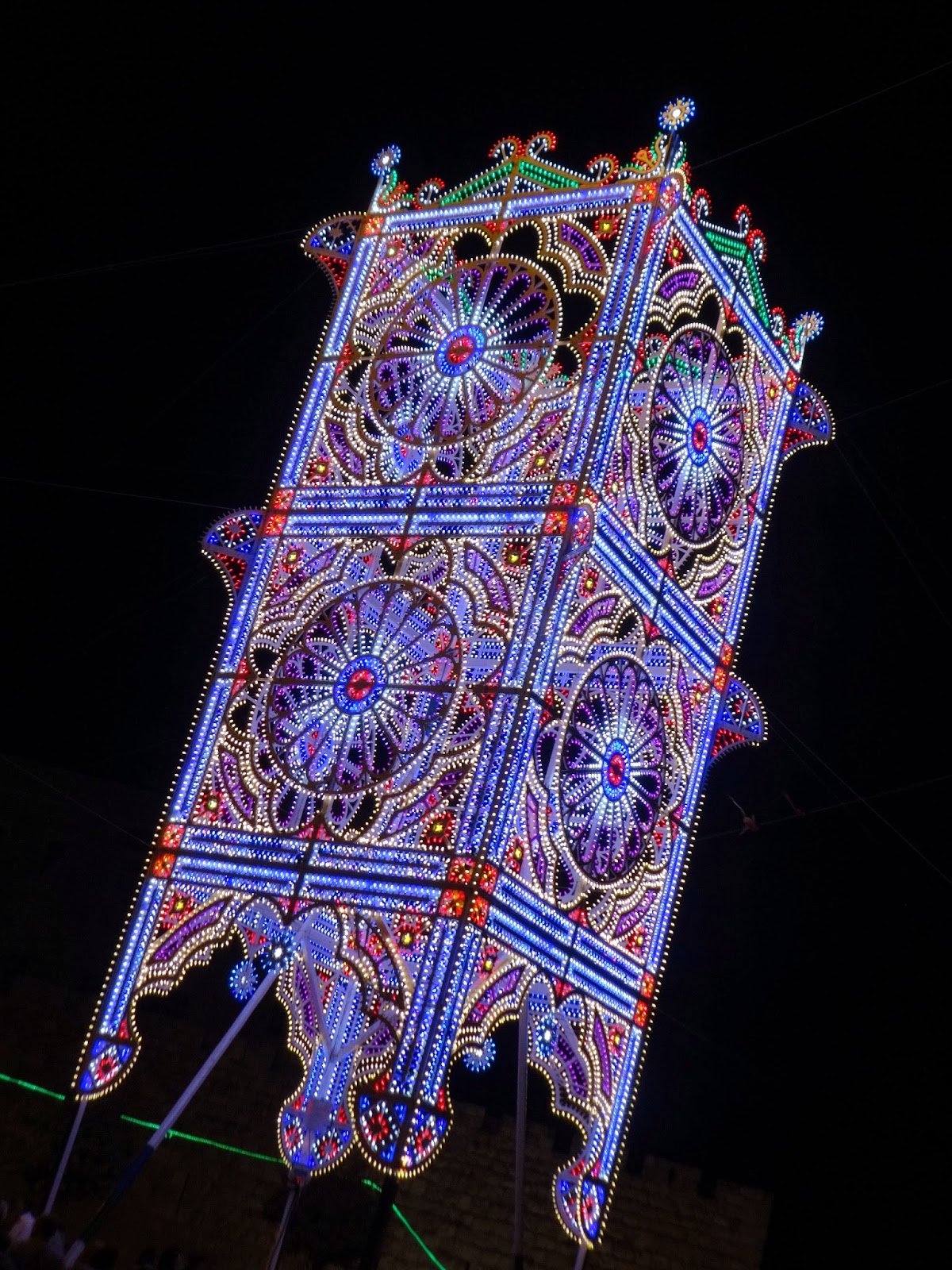 The crowds made it difficult...okay, impossible....to quickly navigate through the exhibits.  The sheer expanse of it all (I read somewhere that it was up to four miles of pathways?) made seeing it all in one night quite a challenge even had the sidewalks been empty.  Which they weren't.

All told, I think we saw one full route, and then tiny chunks of two or three others.

That's okay.  It was a completely beautiful, if not stressful, event.  I fully plan to go again next year.  Hopefully, advance planning will allow me to go on multiple nights so that I have the opportunity to see it all.

Until then, I hope you enjoy the photos of what I was able to catch this time around.
Posted by Aaron at 11:10 AM