The morning after Eilat Pride, TJ and I met up with Jacob, Pete and Shawn for a delicious breakfast at what looked like an Israeli version of the Cracker Barrel, minus the country fried steak and cinnamon apples.

After noshing on a delicious breakfast of salads and sandwiches, we loaded into our cars and headed for home...with one tiny pitstop along the way. 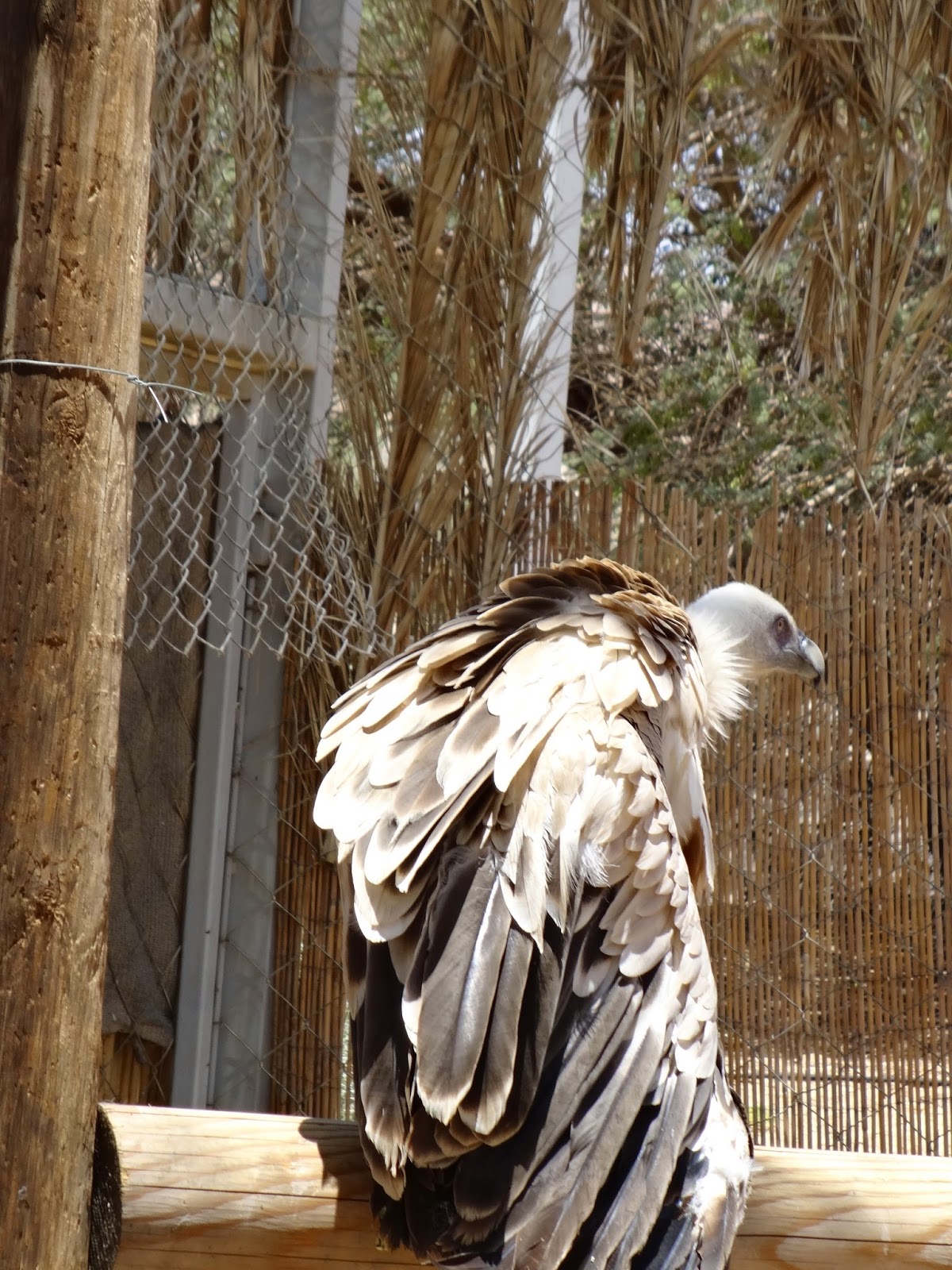 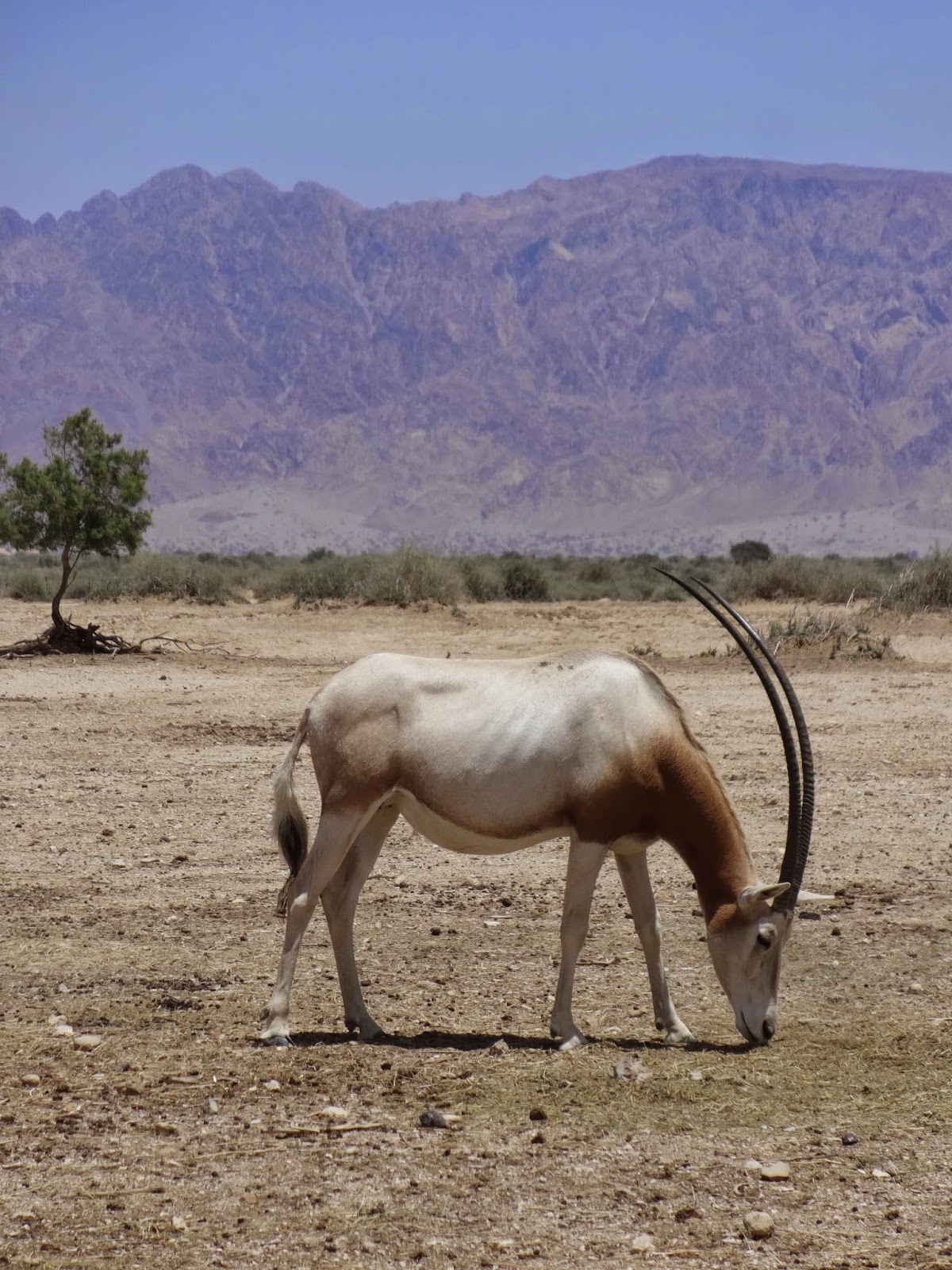 Yotvata Hai-Bar Nature Reserve is a 3,000-acre breeding and reclamation center administered by the Israel Nature Reserves & National Parks Authority.  Located 30 minutes north of Eilat, the reserve is situated within the Aravah, a section of the Jordan Rift Valley that runs in a north-south orientation between the southern end of the Sea of Galilee down to the Dead Sea and on to the Gulf of Aqaba. 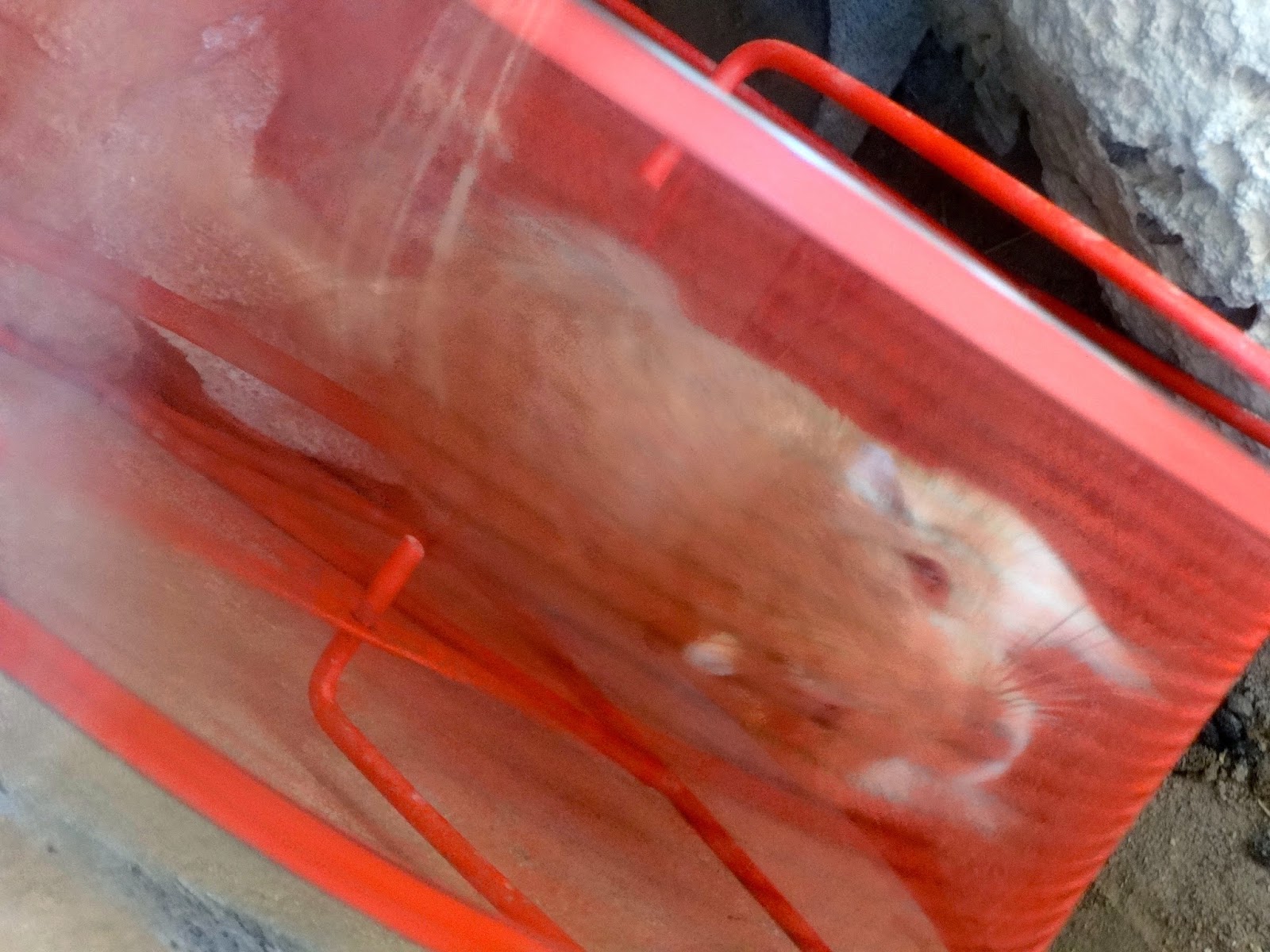 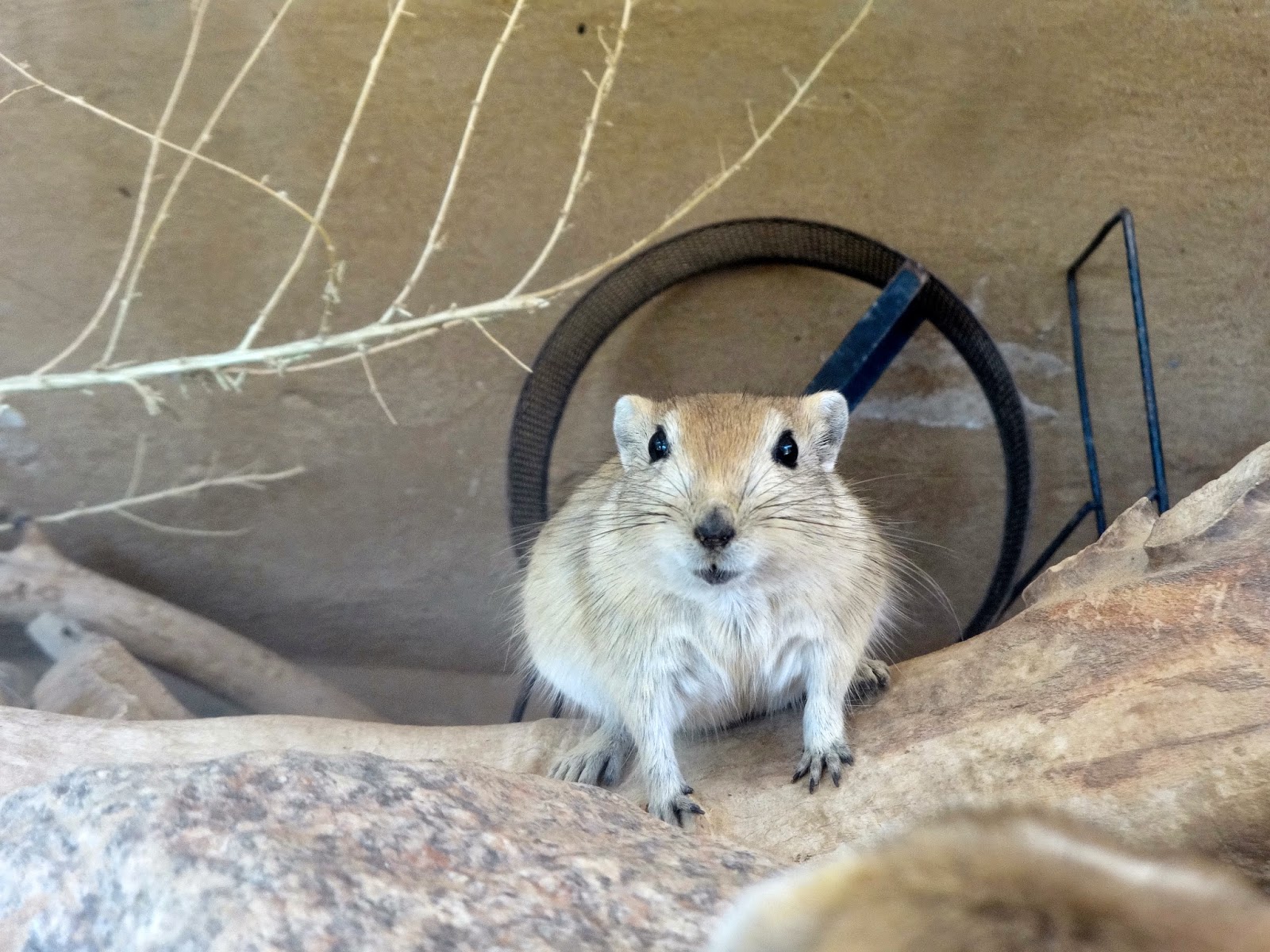 The Fat Sand Rat, the largest member of the gerbil family, lives on plateaus, in wadies, and on salt flats.
It is native to the southern Dead Sea, the Negev, the Arava, and the southern coastal plain. 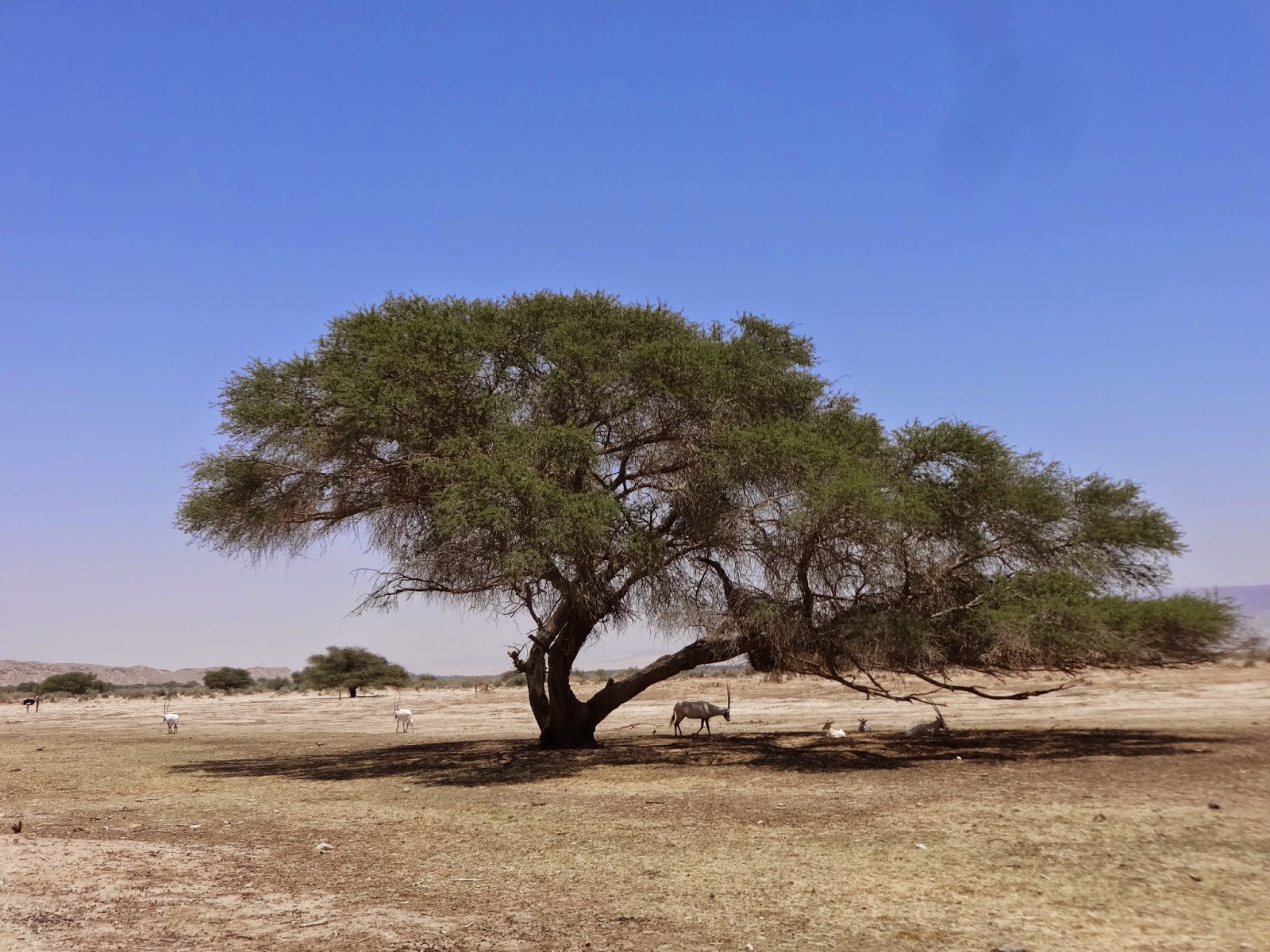 Endangered and locally extinct animals mentioned in the Bible are nurtured here until they can be released into the wild.  The Asian Wild Ass has already been reintroduced into the wild via  Makhtesh Ramon.  Ostriches, oryx, and addaxes are among the critters on hand for your sightseeing pleasure.

You are able to purchase a CD to play in your car that tells you about the animals as you drive along the nature trail...but it's kinda boring and only useful if the animals in question are within your line of sight. 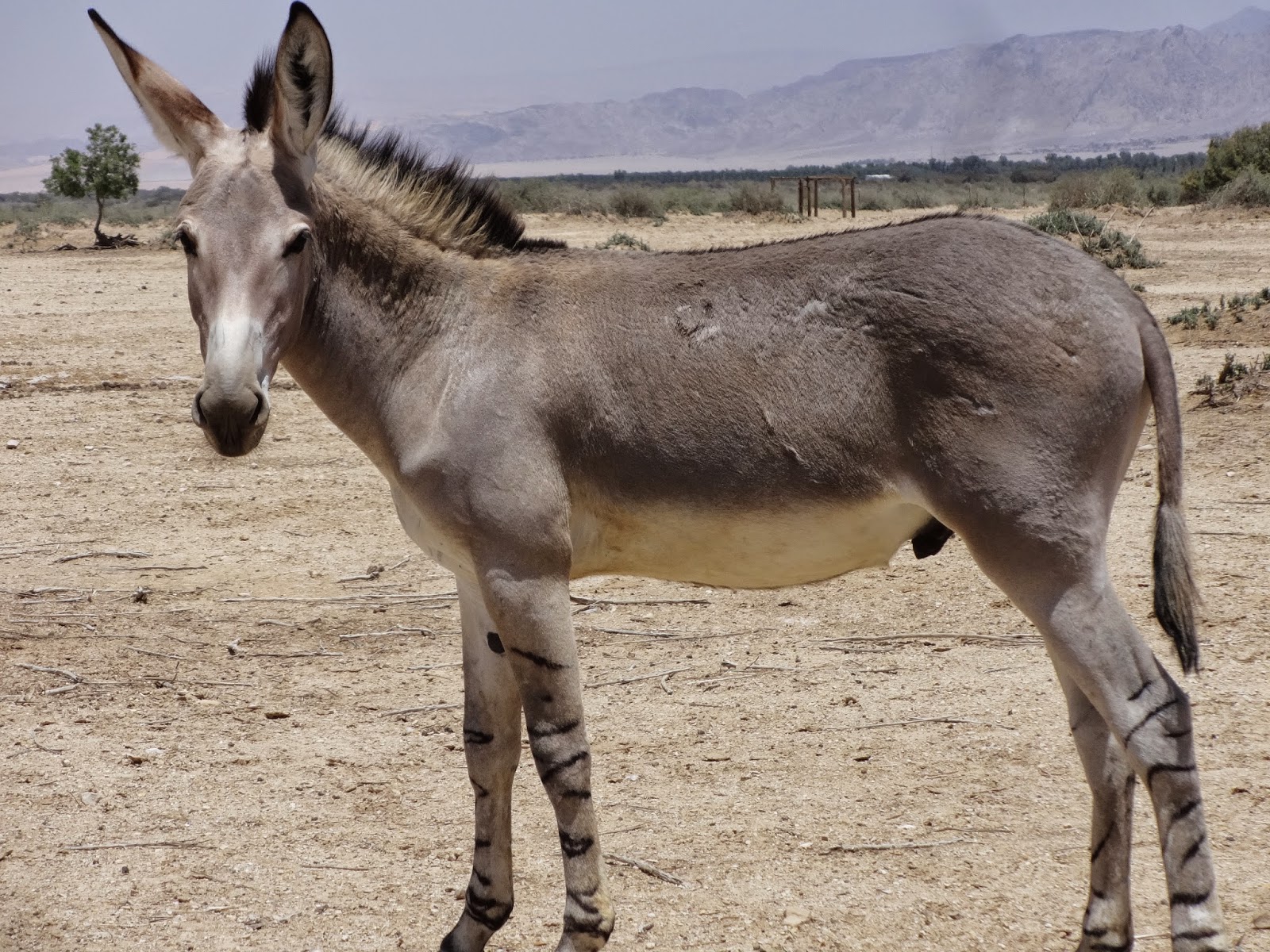 Your tour is supposed to end with a visit to the Night Life Room (think: bats!) and the predator center, home to spotted leopards, wolves, caracals and snakes...but we took a wrong turn at Albuquerque and actually did that part first.  I assure you it did not detract from our enjoyment in the slightest.

In lieu of a photo of a nocturnal predator (which was impossible to obtain, as all the lights were off...duh), please enjoy this photo of a donkey-type creature with zebra-type leggings.  I took the liberty of selecting the photo without the huge pile of animal poo in the frame.  You're welcome. 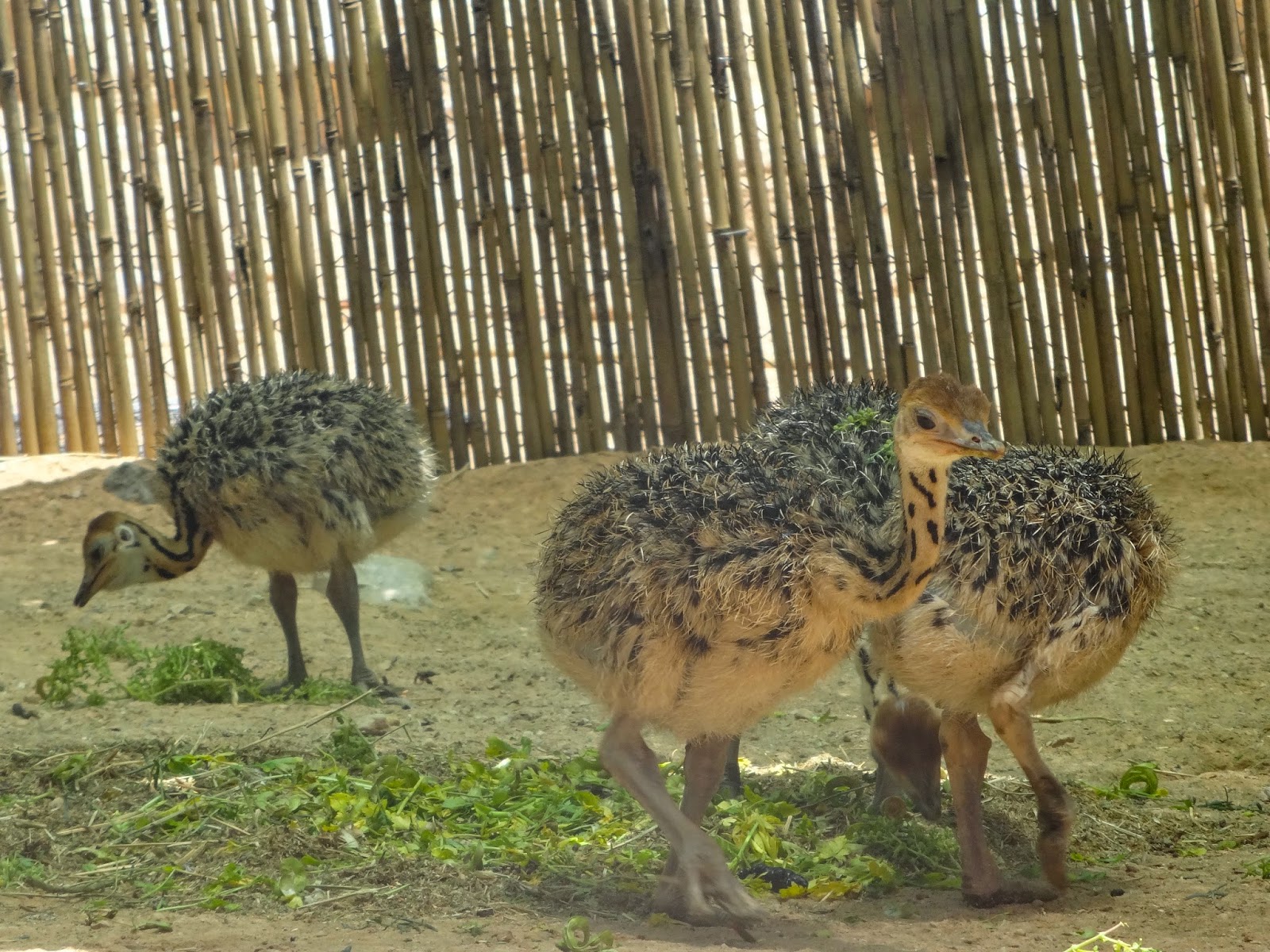 Zoos, nature walks, and safari treks are always a hoot.  Especially when you get attacked by a curious ostrich.  Well, I guess that's only a hoot if your windows are up, which ours were.  No war wounds here, no sir.

Hai-Bar is not a very large park (or at least the portion that you are given access to isn't), but visitors are free to drive along the marked roads as quickly or as slowly, and as many times, as they wish, which I feel adds a significant value to your entry fee.

Israel maintains more than 150 national parks/nature reserves.  As of this posting, I think I've only been to a half dozen or so.  I've greatly enjoyed aspects of each one that I've had the opportunity to visit, and would love to be able to say I've visited them all...but given the amount of time we have left before leaving for our next assignment, I think I'd have to visit 16 per week.  So....maybe I'll just shoot for the highlights.
Posted by Aaron at 10:17 AM