No fewer than four teenagers have committed suicide in the past month as a result of anti-gay bullying.
18-year-old Tyler Clementi (New Brunswick, NJ) ended his own life by jumping off of the George Washington Bridge after his Rutgers University roommate Dharun Ravi and accomplice Molly Wei posted images of Clementi being intimate with another male on the internet. Twice. Clementi was a gifted violinist.
15-year-old Billy Lucas (Greensburg, IN) was bullied and tormented constantly during his time at Greensburg High School. Billy ended his life after being suspended for cursing at his tormentors. Billy loved animals. He spent his last remaining hours on earth with his horses. He ended his suffering via hanging. He used one of his horse's leads.
13-year-old Asher Brown (Houston, TX) ended his life by self-inflicted gunshot wound after officials at Hamilton Middle school ignored family pleas to end two year's worth of bullying. Unlike many states, Texas has no law that prohibits bullying and harassment based on sexual orientation.
13-year-old Seth Walsh (Tehachapi, CA) attempted suicide via hanging. He died after nine days of life support. Despite claims of having an anti-bullying program in place, staff members at Jacobsen Middle School have been accused of offering no protection or guidance by Walsh's schoolmates. 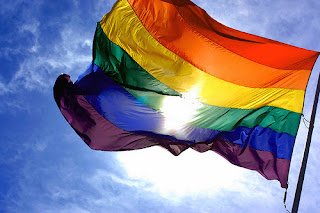 Suicide is a permanent solution to a temporary problem. It breaks my heart to know that these four young men thought that life couldn't get any better for them.
I was bullied in high school. Not to the point that I thought I had no options, but definitely to the extent that I was emotionally hurt. Embarrassed. Ashamed. Fortunately, I was able to look beyond all of that and envision a day that I would be free of the restraints of high school.
That day comes sooner than you think. You just have to hang in there.
But what I want to know, is what the HELL is wrong with the parents of today's teenagers? Where are these kids learning these behaviors from? At 13, 15, and 18, their parents can't be THAT much older than I am. I have apparently been living under the misconception that my generation was going to be the one that changed EVERYTHING. But these kids aren't learning these behaviors on their own. Somebody's teaching this hatred.
Meanwhile, other parents aren't telling their children that they love them no matter what. That there is no problem that a family can't overcome together. That they are proud of them. That it's okay to be different.
Tyler Clementi's death angers me the most. At 18, he was on the cusp of greatness. He was at a point in his life that he could have escaped the hatred, ignorance, and bigotry that surrounded him. He could have sought help from campus counselors. He could have transferred to another school. But he chose suicide.
But it's Asher Brown that terrifies me. Asher grew up in Texas, just like me. I was seldom bullied, often teased, but never tormented. Are things getting worse? Of course they are. four suicides in the span of 30 days tells me that. The question is...why?
Here is my personal plea to all of you out there that are raising children:
You don't have to approve of homosexuality, but please teach your children to be tolerant of others. And please tell them that you love them, no matter what. Because they could be gay, too.
Posted by Aaron at 6:19 PM