If you don't count watching parades, I've never been much of a participant in Pride.  No particular reason behind it; I just haven't.  Oh, I take that back.  We did reserve a hotel near Walt Disney World one summer during Gay Days Orlando.  Or maybe it was One Mighty Weekend.  I'm not sure which one it was.  It's the same weekend, either way.  Just depends on which event planner you throw your money at.  But it doesn't really matter.  We had all but decided not to go when we found out that our house was facing a wee bit of a termite problem and had to be fumigated.  We needed a hotel anyway, soooooo....whatevs.

Passing interest changed to active participation this past summer when TJ and I joined friends in celebrating not one, but TWO Pride weekends in Israel.

First up was Eilat Pride May 16th-17th.  Pete and Jacob had invited us to join them and another friend, Shawn, for a weekend of fun in Israel's southernmost city.

We weren't really sure what to expect here, so it was a bit of a trial run.  We opted not to stay at the host hotel, but rather a more economical option a few blocks away.  The location was decent enough and it was apparent immediately upon arrival that not staying at the main hotel was a good idea, as music could be heard blaring from the epicenter for blocks and blocks.  Within the confines of our room...delicious silence.  Pete, Jacob, and Shawn stayed even farther away, so we sadly didn't see them as much as I'd expected.

The room itself was a bit dingy.  It reeked of smoke.  We called the front desk to ask if it would be possible to get a non-smoking room and were told no without apology.  There was a small kitchenette, which was nice...but there was neither an ice bucket nor a place to get complimentary ice.  There was, however a small store in the lobby from which we were able to purchase bagged ice for $5.00.  How...generous.  Circulation was poor, resulting in a clammy, never-dry (much less clean) feeling throughout the weekend.  This was very disappointing as the hotel was within the Isrotel family that brought us the amazing Beresheet Hotel from my birthday.  Just goes to show that quality does not equal consistency.

The big draw for this Pride weekend was supposed to be a Boy George concert.  What we didn't realize until the party started was that Boy George was only pulling DJ duties.  Le sigh.  No worries.  The party was a smashing success and we took many pictures together as we drank and danced the night away, "Karma Chameleon" be damned. 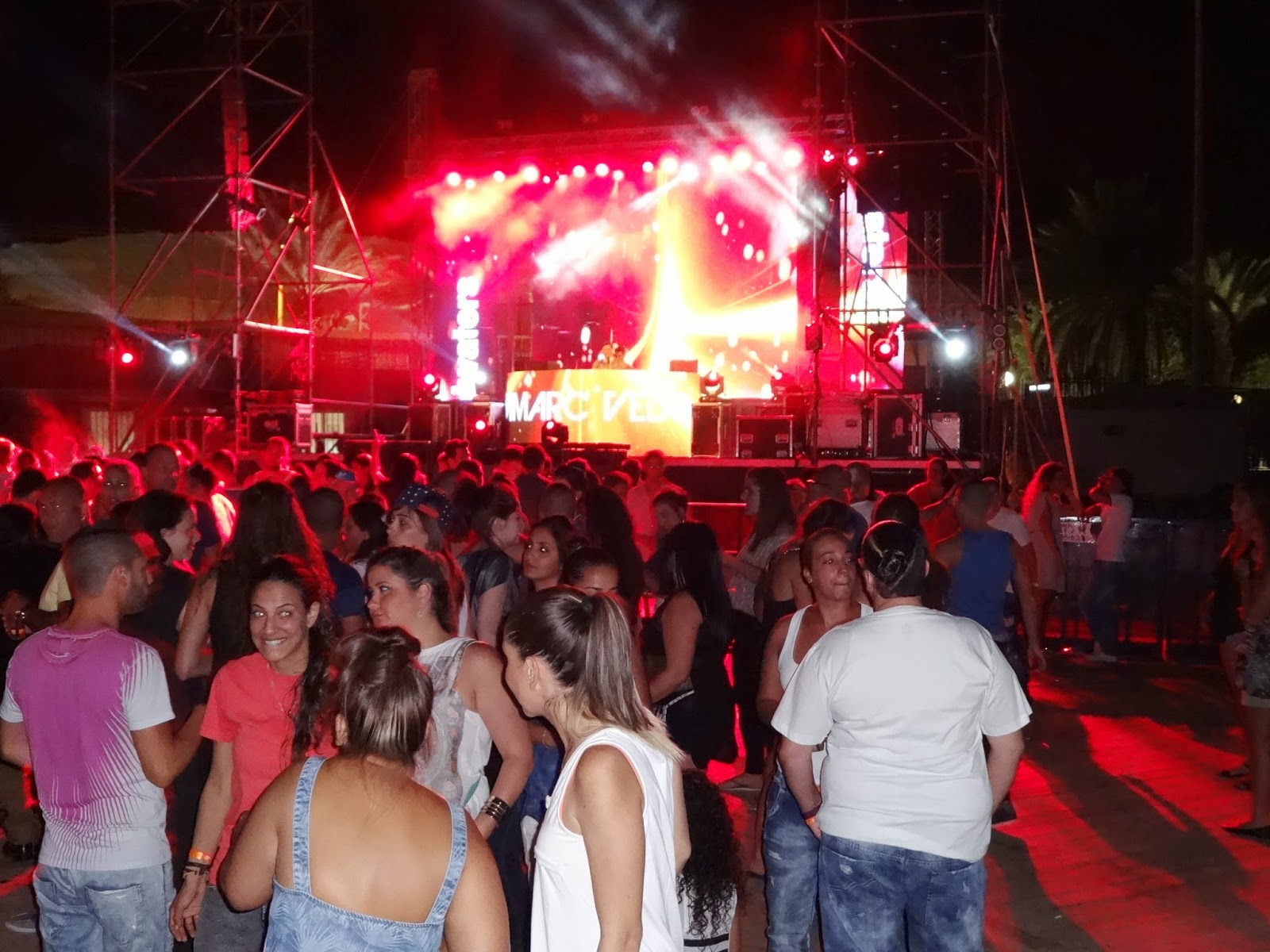 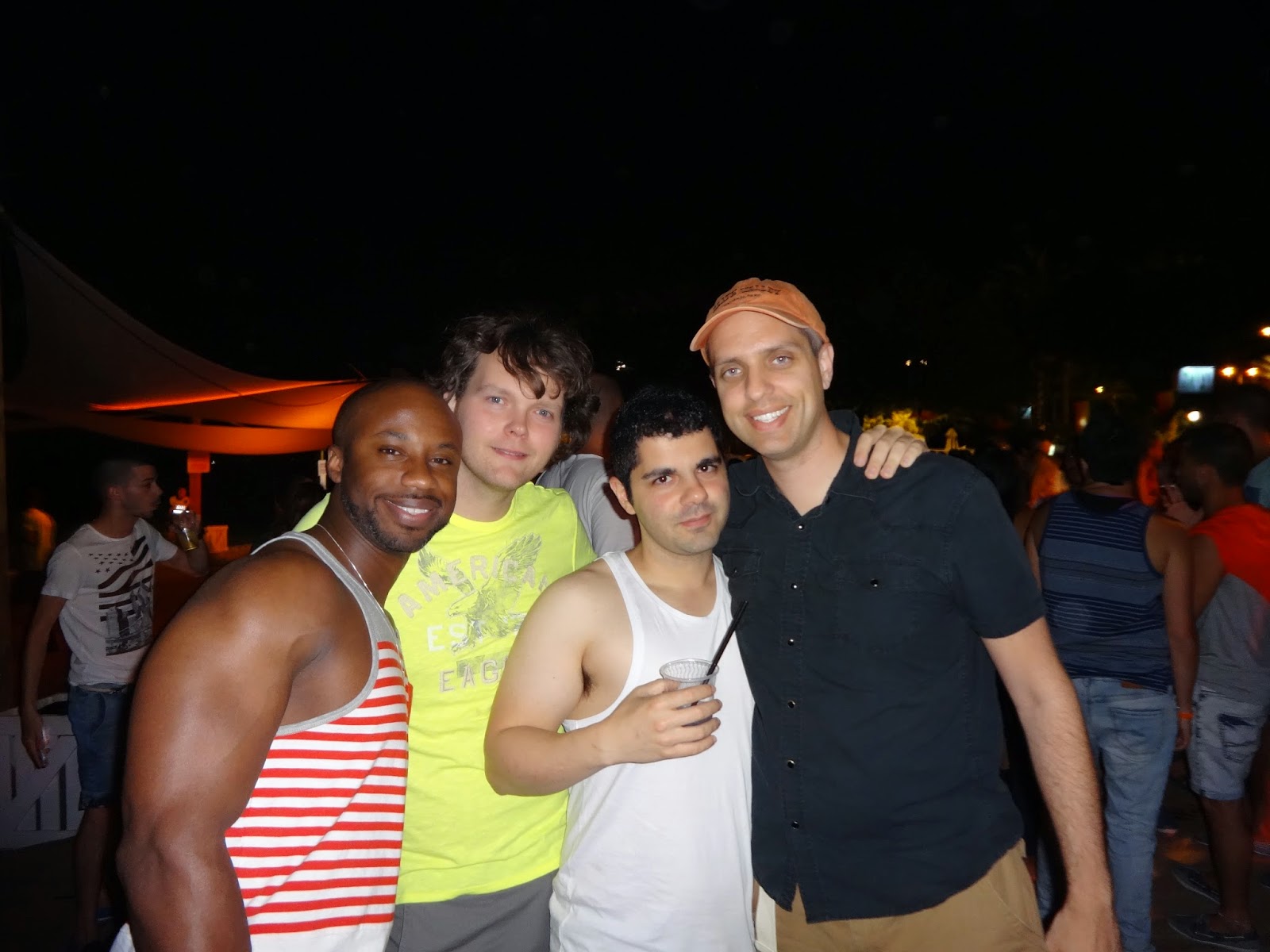 No clue who the guy in the white tank is.  I assume somebody did. 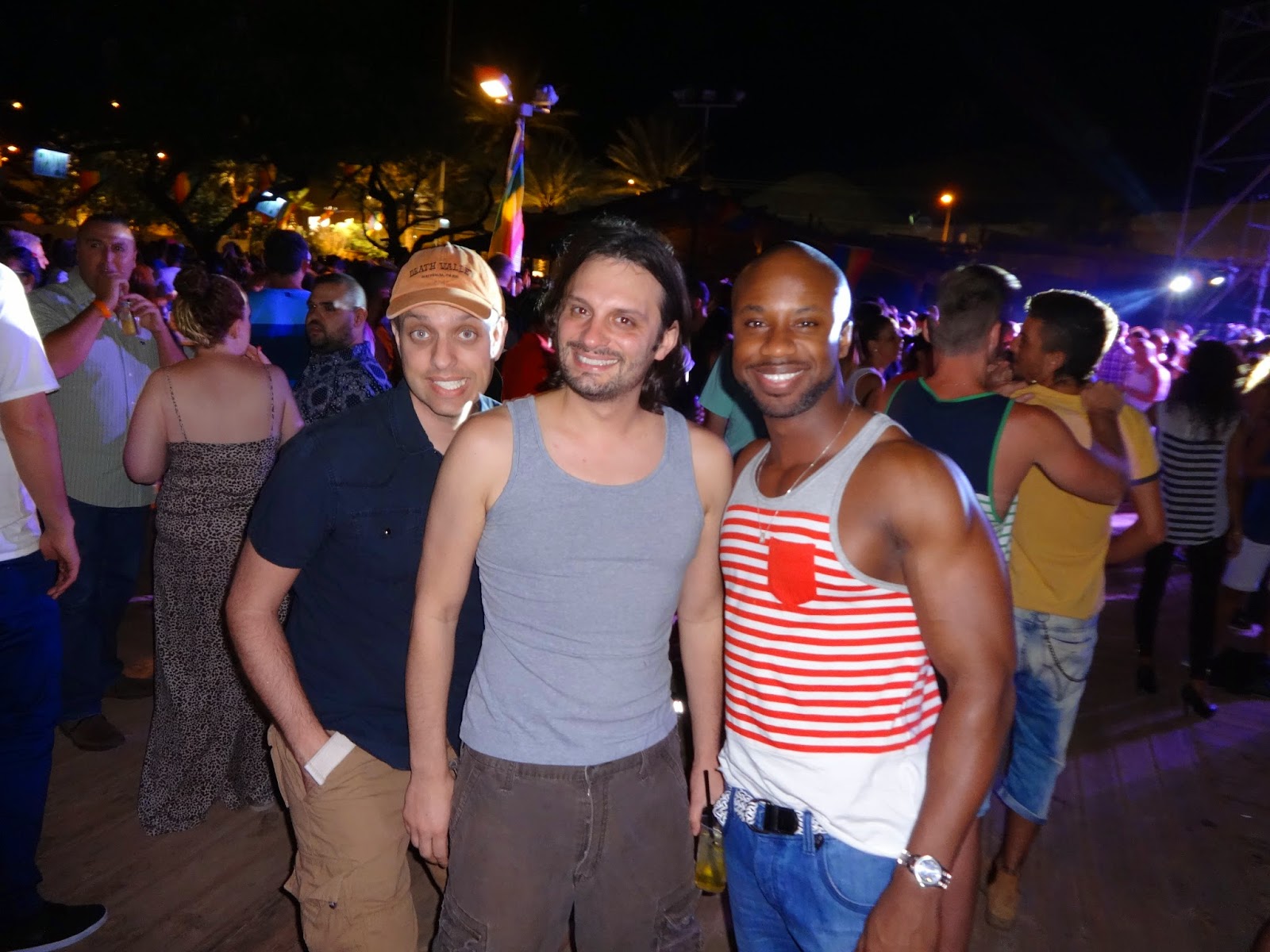 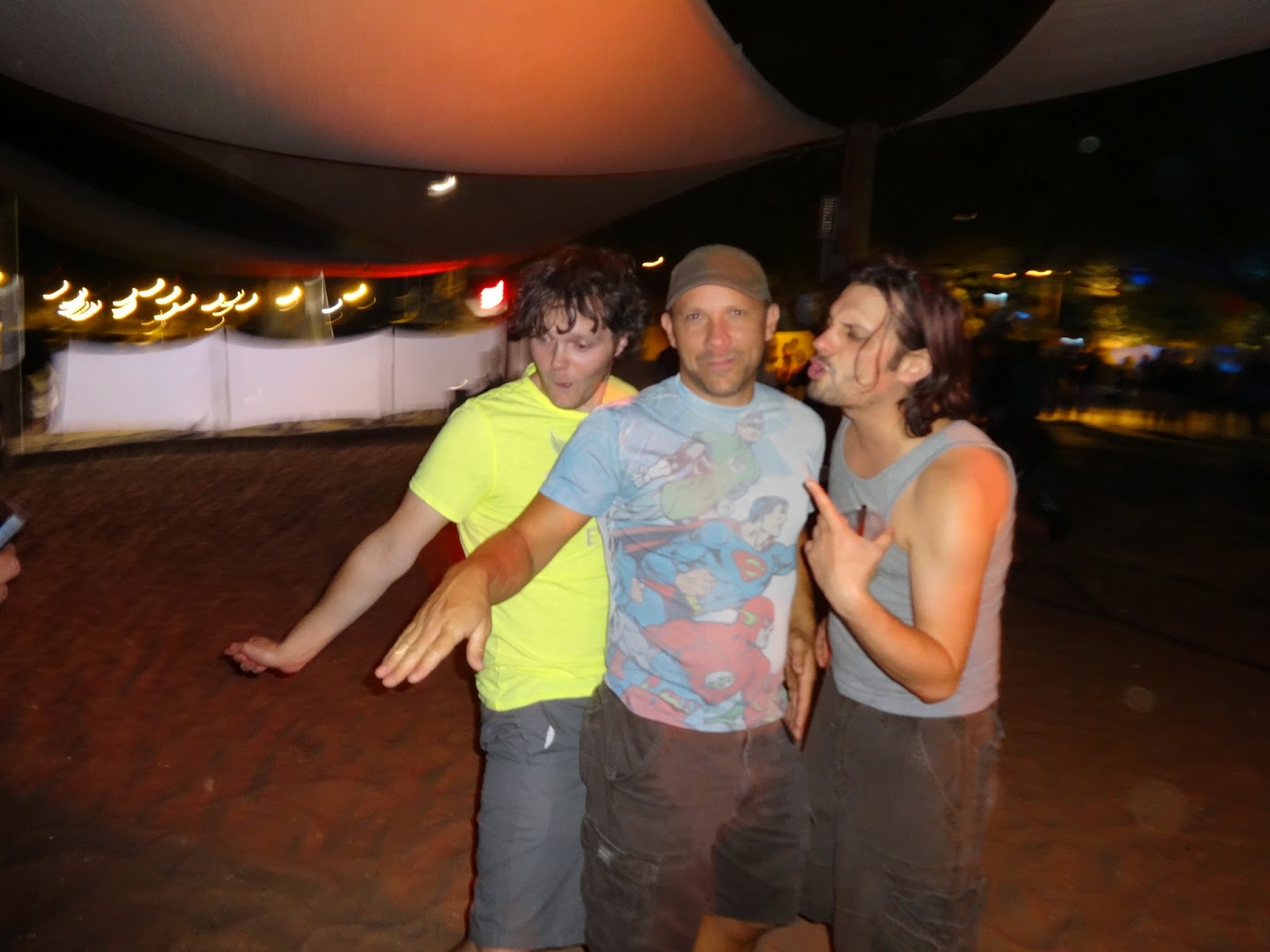 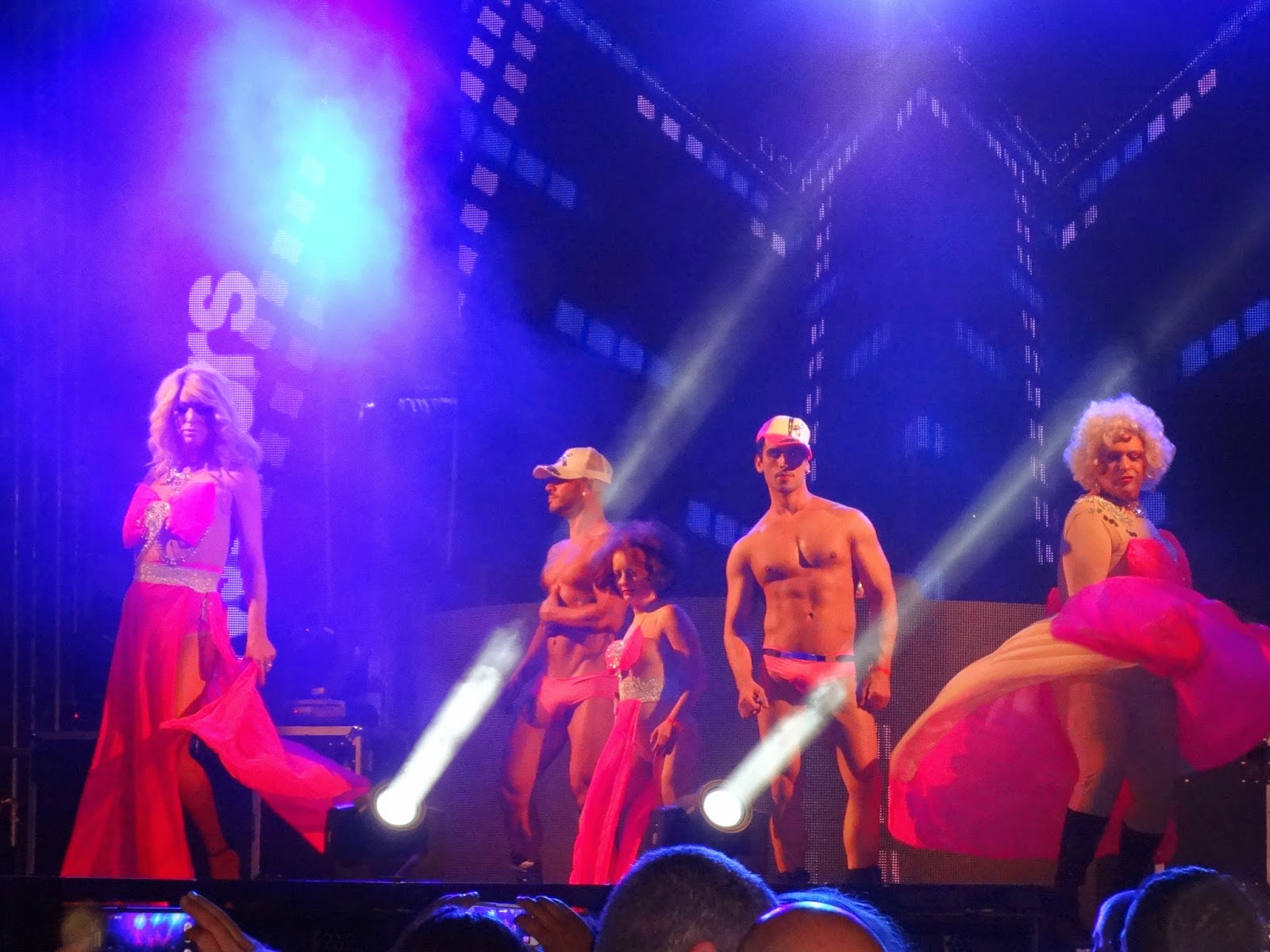 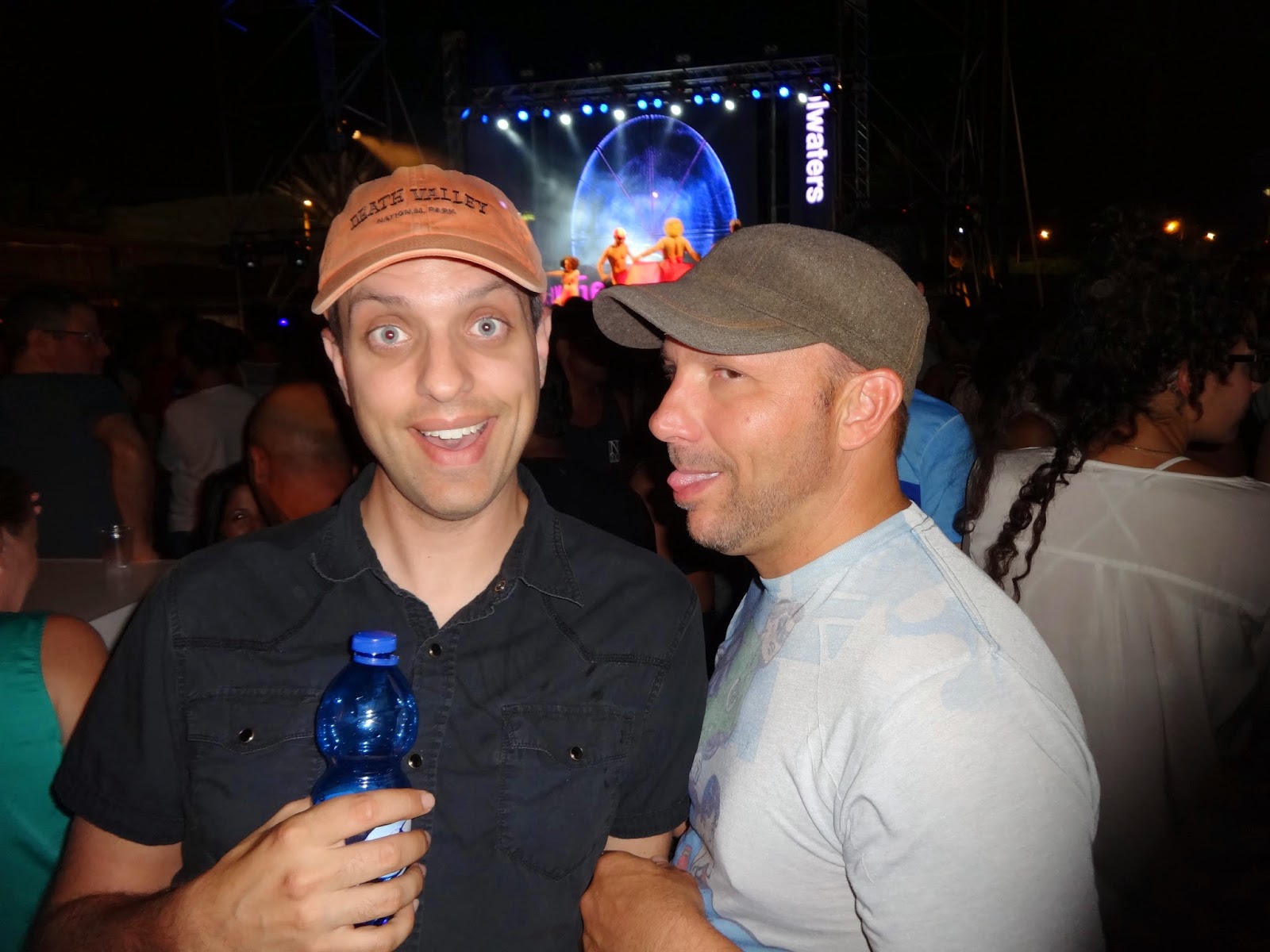 Drag and semi-nudity always makes for a good party.

The next morning we met for breakfast on the beach and then parted ways to....well, recuperate.  That evening TJ we reconvened for some delicious Chinese food before parting ways again.  TJ and I headed to the Wow Show, a music, dance, magic, and acrobatics-filled extravaganza sponsored by the Isrotel family of hotels.  Better than (but in the same vein as) any cruise ship entertainment we have ever seen, this was our hotel's redeeming quality.  No photography allowed, though.  Boo.

The final morning of our weekend getaway will be discussed in my next post, as it is a total thematic shift away from the subject matter at hand.  So, moving on...

Next up was Tel Aviv Pride June 11th-15th.  This came at no invite, but as Jacob, Pete, and Shawn live in Tel Aviv, we did run into them a time or two.  Also in town were our friends Yann and Charles from Paris, and their friend Patrice...though sadly, we somehow managed to not take any photos together... 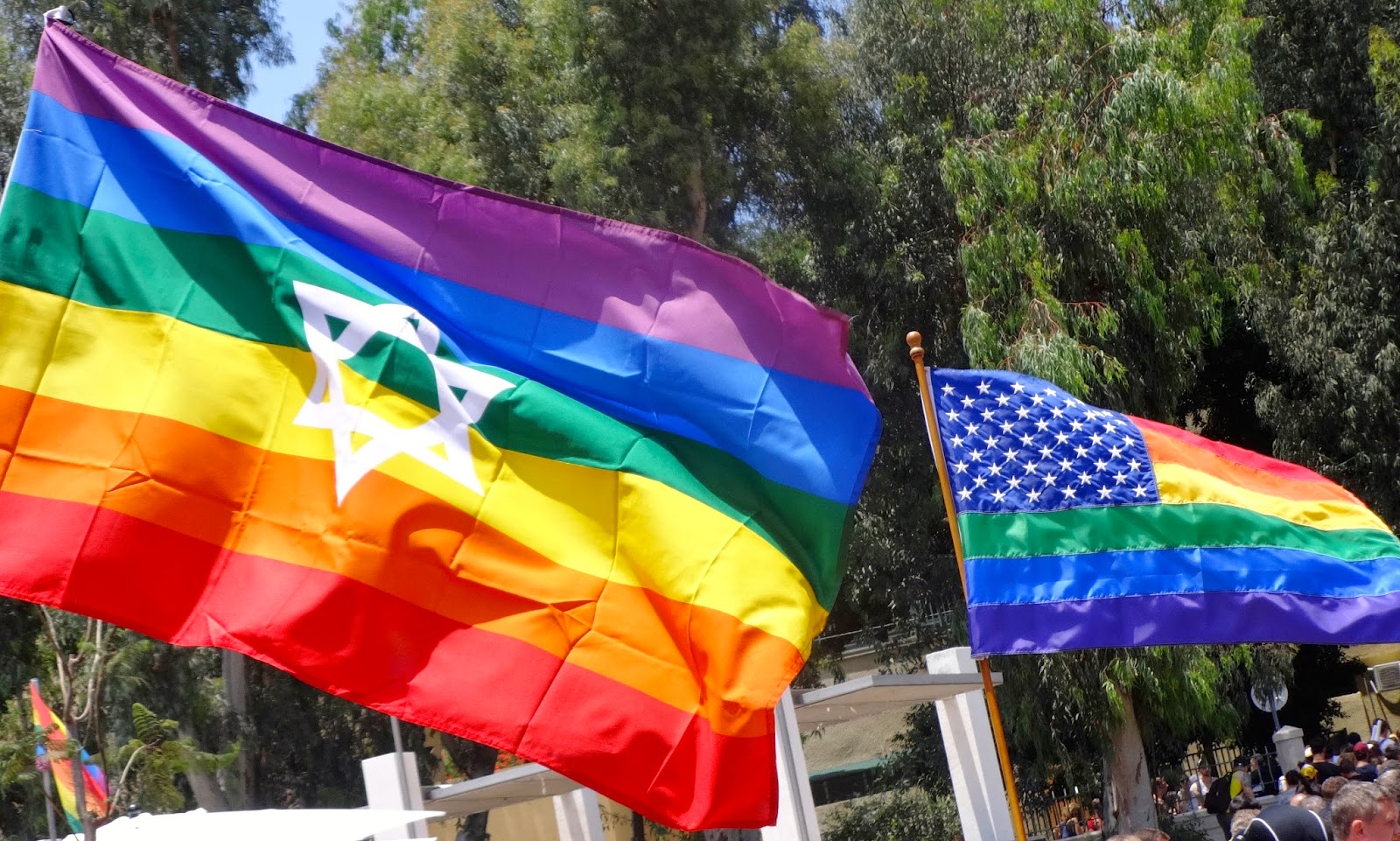 We marched with US Embassy Tel Aviv and our friends in the annual Pride Parade.... 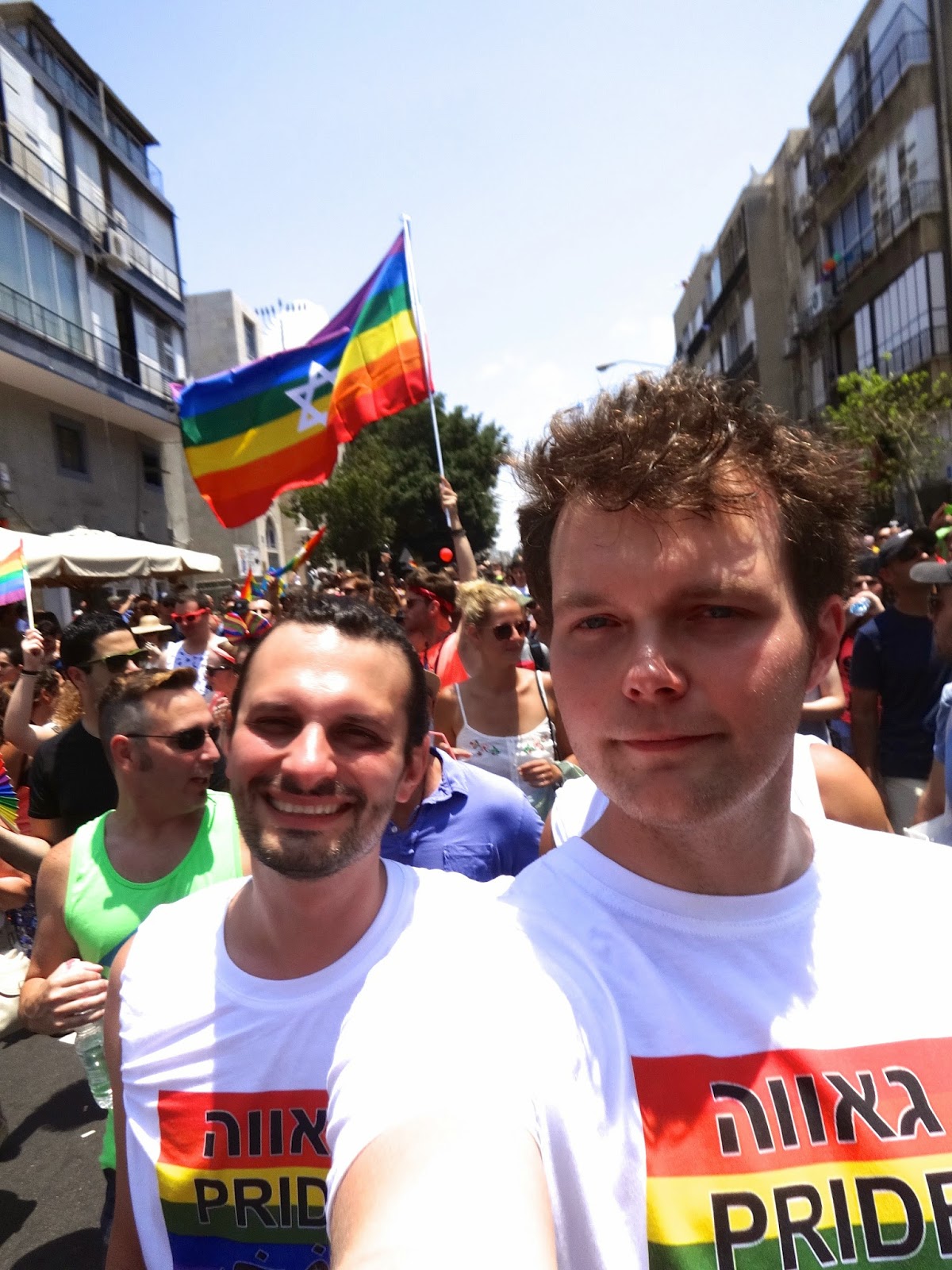 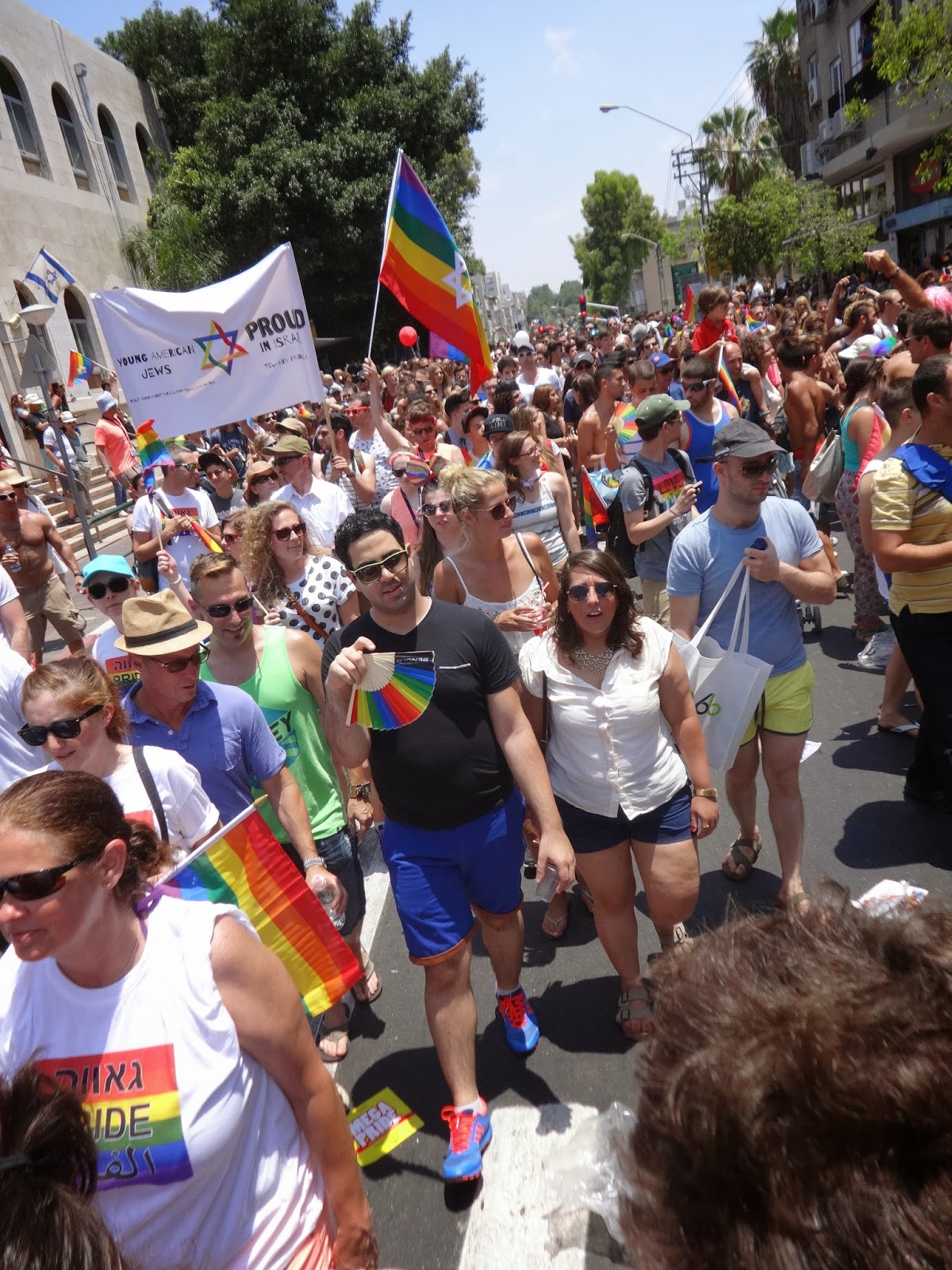 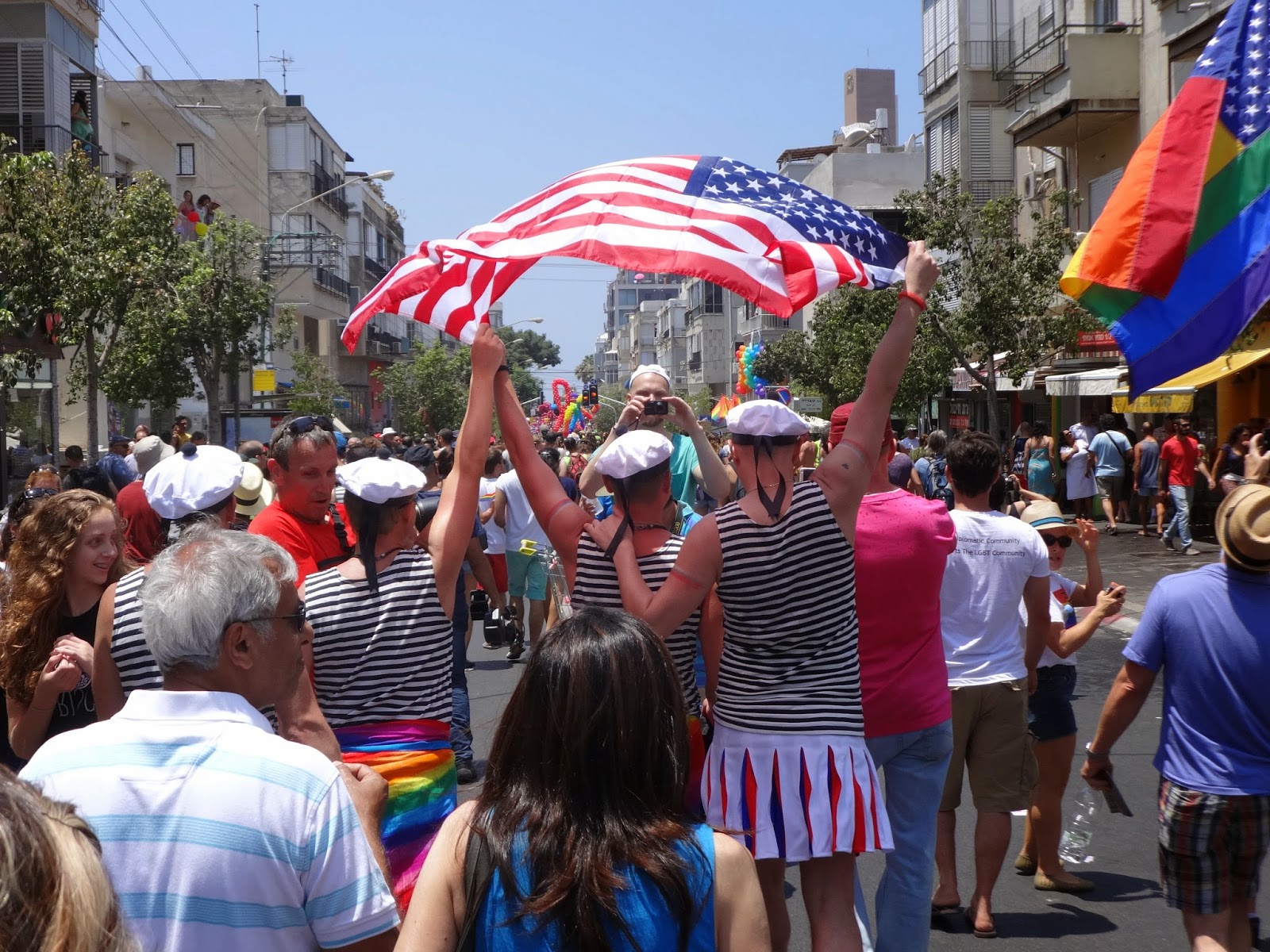 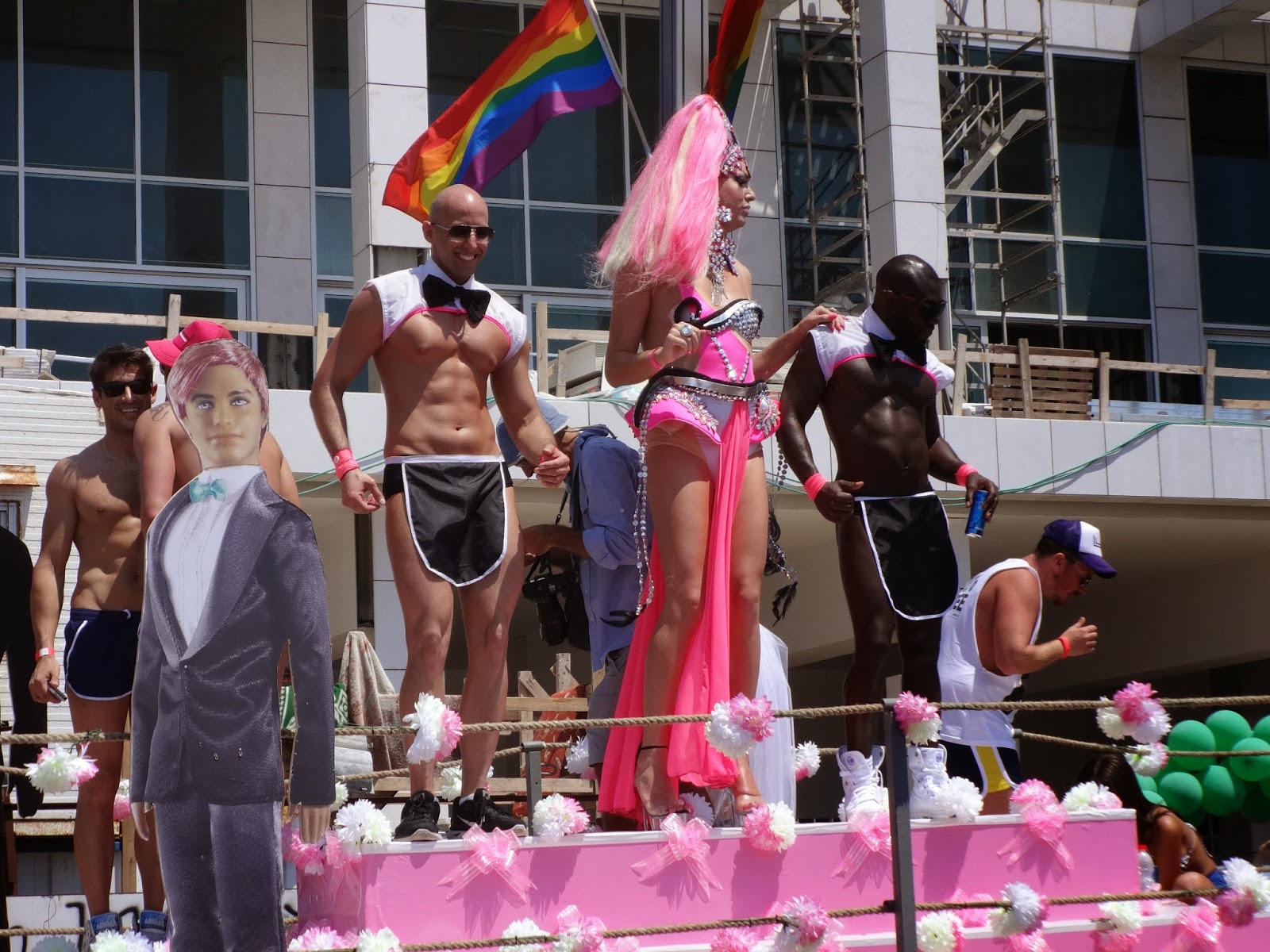 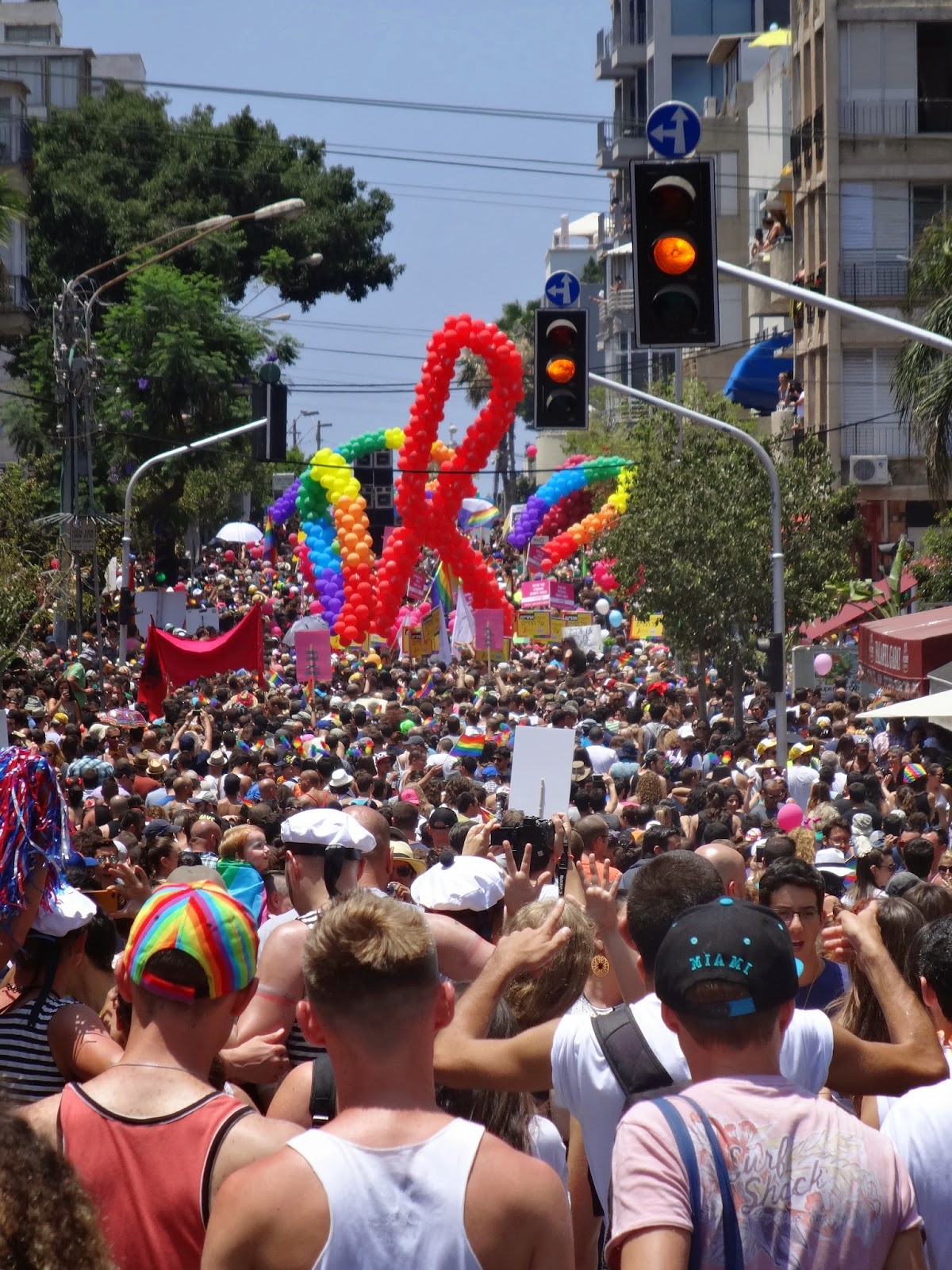 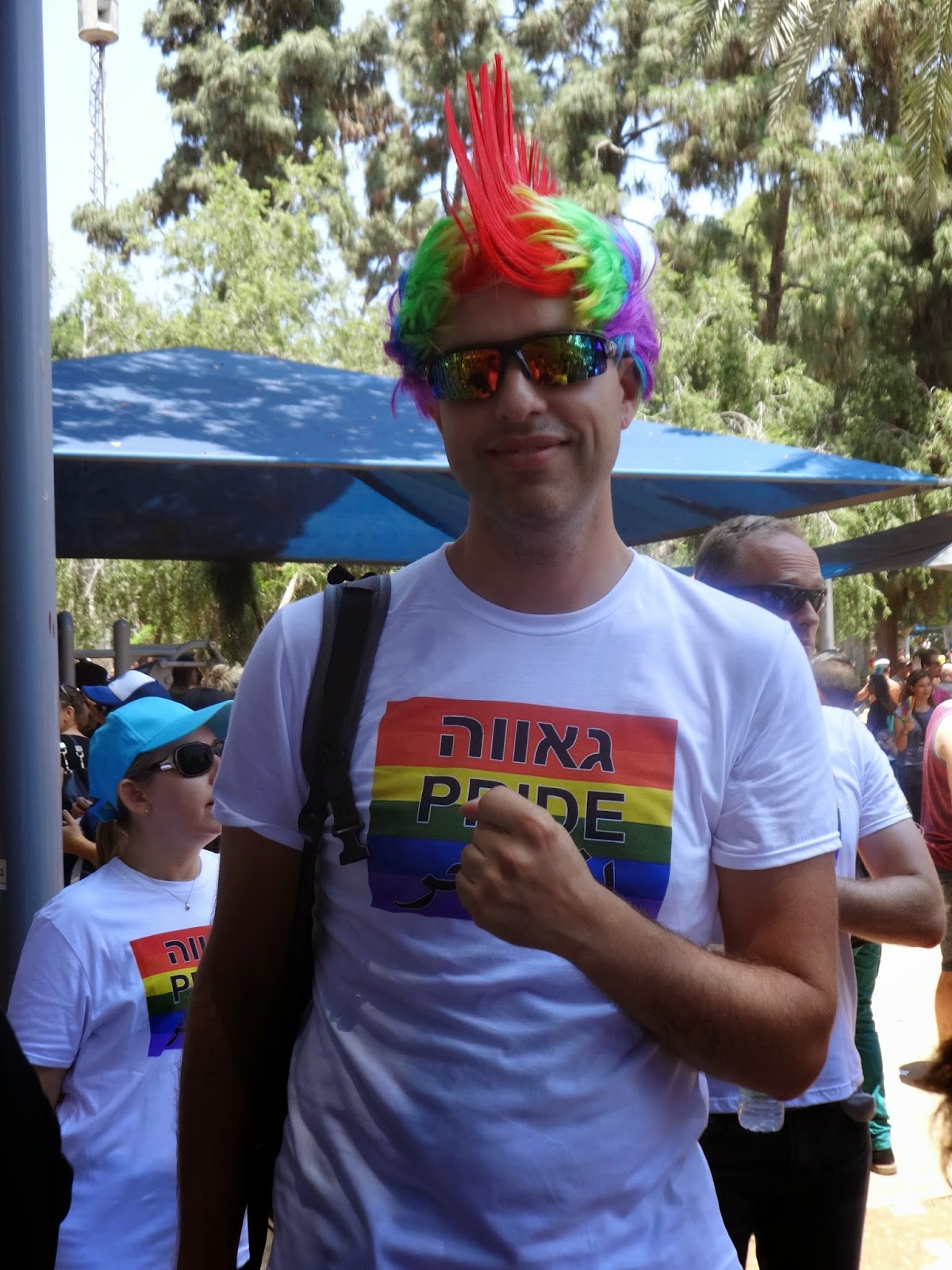 ...and attended some amazing parties. 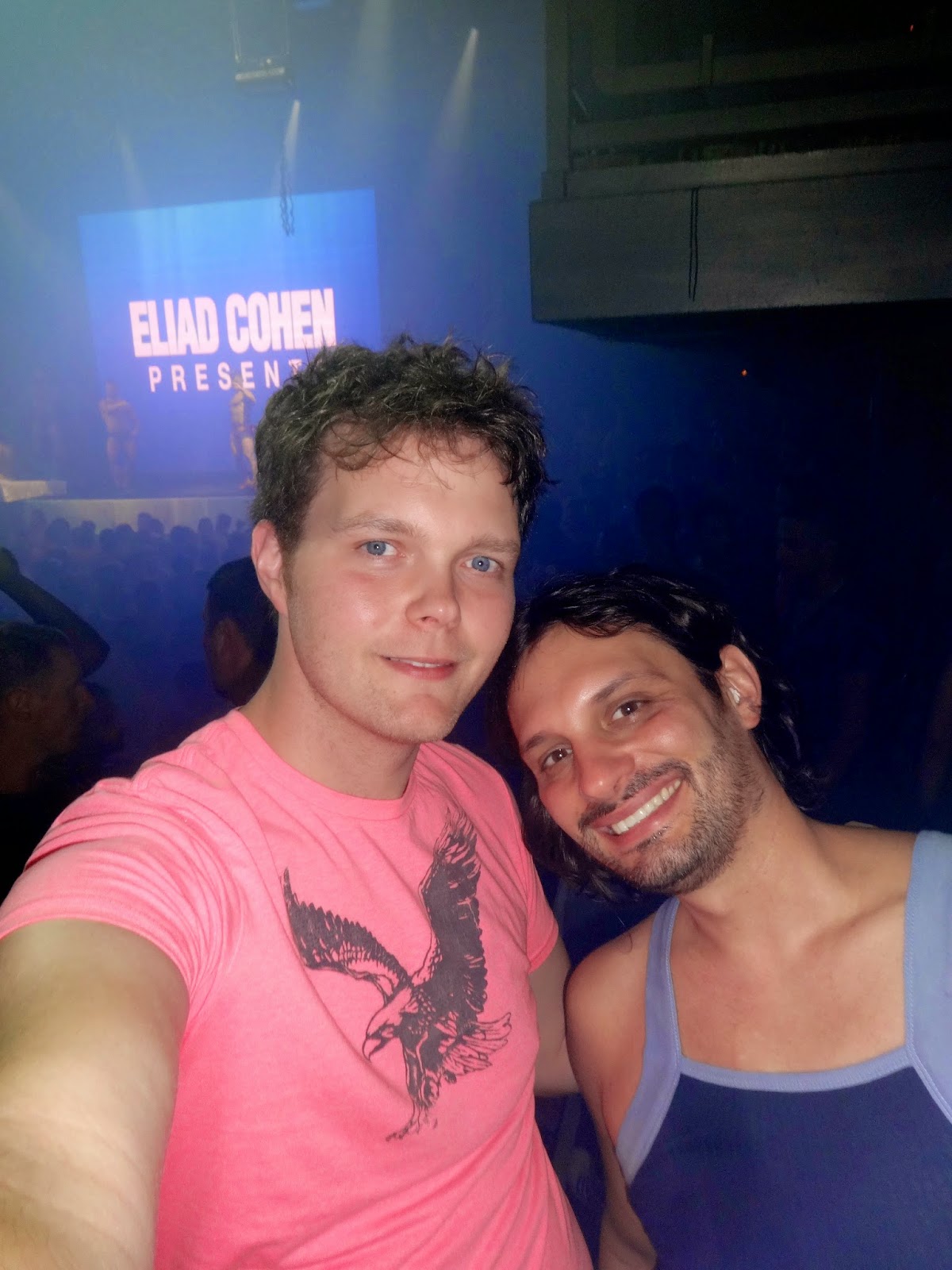 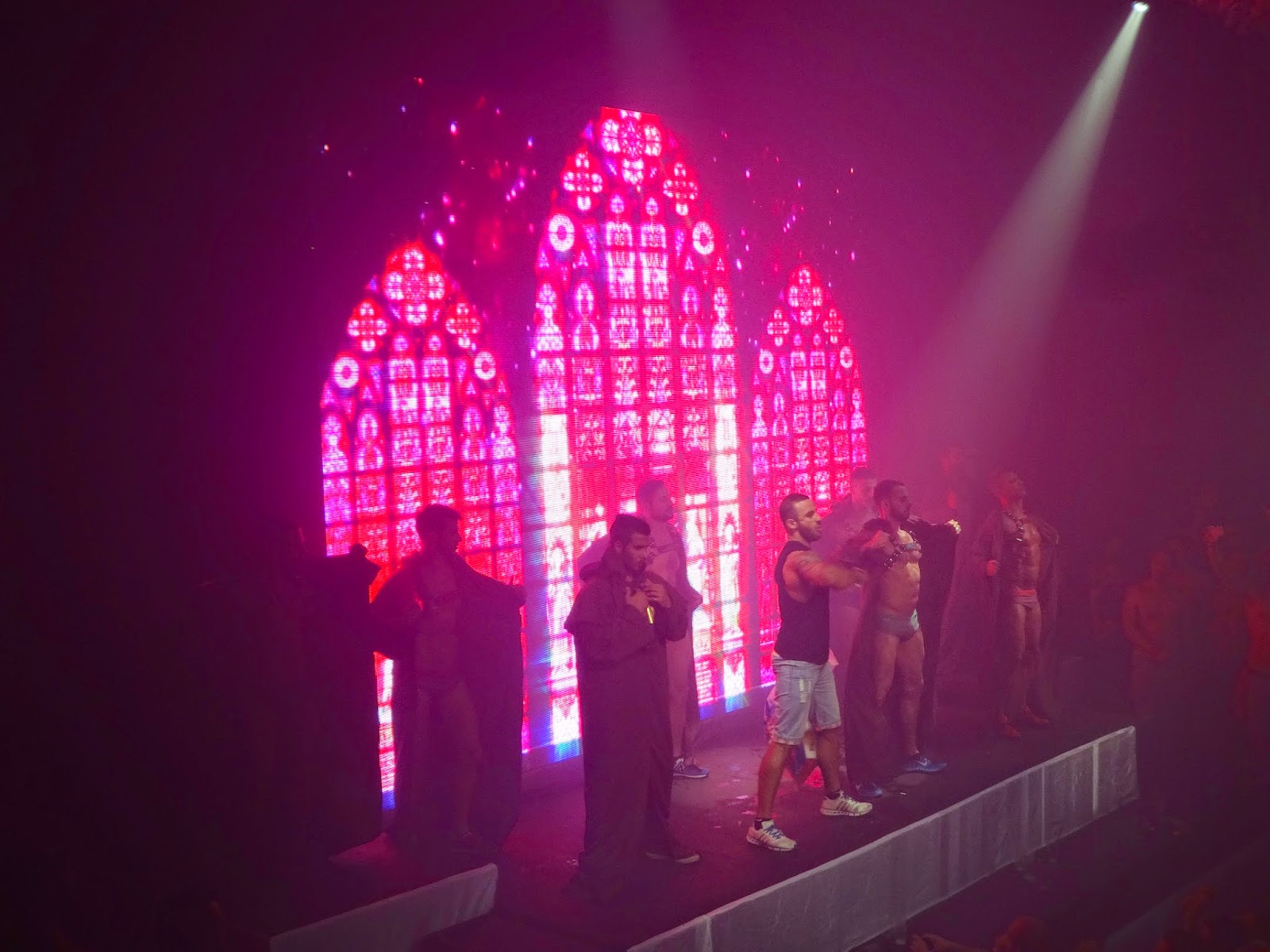 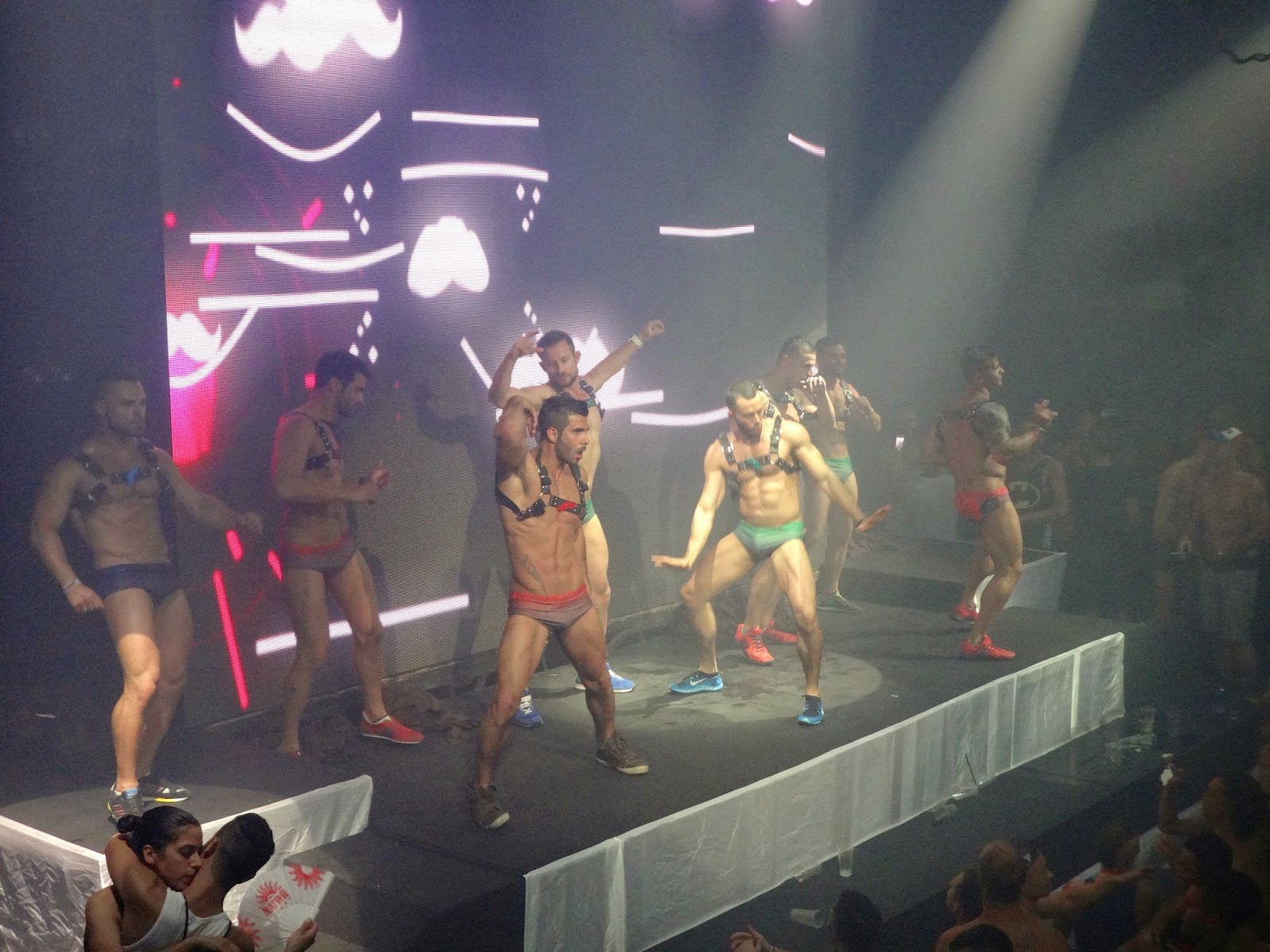 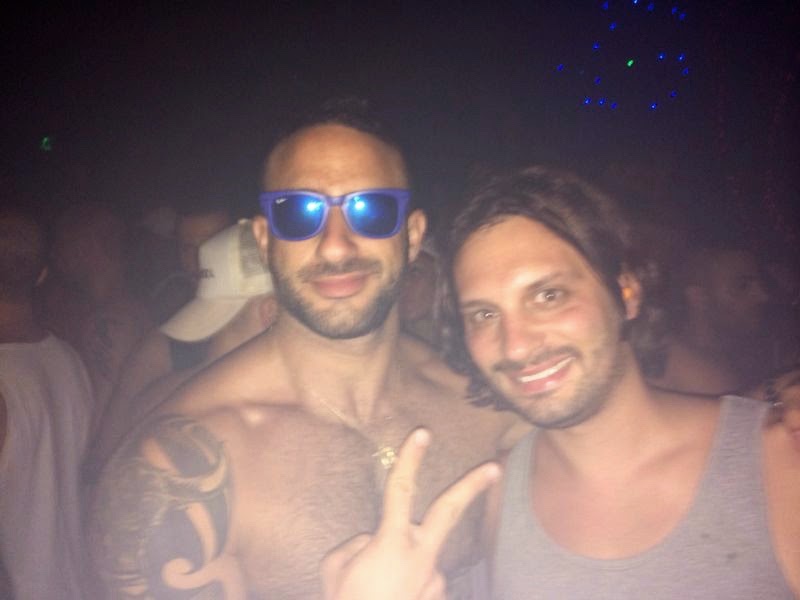 TJ even got to meet his idol, Israeli sex symbol and party-/self-promoter Eliad Cohen.  Who, being relatively famous, was not interested in becoming best friends or anything.

All in all, two fantastic Pride weekends that, hangovers aside, made me wonder why I'd never bothered to really participate before.

No need to cry over any spilt milk.  One more year in Israel means two more Pride celebrations on the horizon.
Posted by Aaron at 11:20 AM