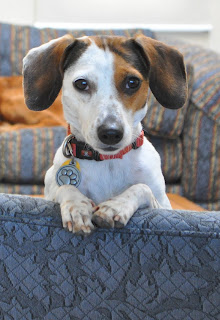 One of the chief concerns for any pet owner new to the Foreign Service will surely be what the pet regulations are for your future country of residence. I know that, for us, part of the bidding process included finding those countries with difficult or impossible importation requirements and placing them at the bottom of our bid list. This may not be something we will always have the luxury of doing, considering the need to diversify TJ's resume for future career advancement, but for the first time out we wanted to make sure our family stayed together.

Anyone that knows us or has read this blog for any length of time knows that we have three pets: Sophie (ill-tempered but loving-in-her-way gray kitty), Zelda (skittish but devoted Beagle/Jack Russell mix), and Chloe (dopey but happy Golden Retriever).

We love them dearly. Because of this, we may not have known much about the climate, culture, or history of every country on the bid list, but we certainly knew whether or not our animal friends would be welcome. And yet, at the conclusion of the Flag Day Ceremony, we still made a bee-line for the FLO (Family Liaison Office) to double check that, yes, Mexico would allow all of our pets to tag along.

Club Pet is a USDA-Licensed facility that offers boarding, airport pick-up and delivery, veterinary care, and assistance with Import Health Certificates and whatever other documents Customs may require. They were listed as a viable option. Let me just say that it is my understanding that many FS families have been satisfied with their services. But this is our story, and we found them to be practically useless.

Ventura Air Cargo is an international freight import/export service. The Mexican government requires that one such organization act as the intermediary between Customs and the pet owner. Ventura is the company selected by the US Consulate in Guadalajara to handle these brokerage needs. Until recently, FS families and their pets were allowed to drive to Guadalajara. Security concerns have necessitated a change in this policy and everyone must now fly into the city. To our knowledge, Ventura has only been commissioned for one other act of brokerage, and the pet in question arrived only after spending several nights alone in the airport. He was covered in feces, dehydrated, and half-starved. A beautiful, older, giant bear of a dog that deserved much better.

Well, that doesn't sound promising, does it? But what choice did we have? Let our comedy of errors begin.

Club Pet only offers veterinarian services on Sundays. This was a huge concern, given the fact that we were told, by Club Pet, that once the veterinarian completed the Import Health Certificate, we would only have 10 days to import the pets.

We had to be in Houston from November 5th – 8th. The previous Sunday was October 30th. Ten days from then would be Tuesday, November 9th. Given that our first afternoon in Guadalajara would be on November 8th, this did not allow much room for error if troubles arose. It was decided that our best course of action would be to leave the pets with Club Pet beginning on Wednesday, November 3rd, to receive an examination on Sunday, November 6th. We were told that the documents would be overnighted to the USDA (United States Department of Agriculture) via FedEx, and should be returned on Tuesday, for shipment on Wednesday, November 10th. This would provide ample wiggle-room if there were any issues.

When we arrived at post, we learned two very interesting things. The first is that the health certificate does not start the countdown to expiration until the USDA stamps and returns it to Club Pet. The impression that Club Pet had given was that the countdown started the day of examination. What this means is that we could have, in fact, had the examination done the week prior to departure, thus ensuring pet arrival same-day as us (or soon thereafter).

The second thing we learned was that, once the USDA signs off on the documents, they must be forwarded to a 3rd Party Agency in the country of Import, which takes several days to certify and return. One would think that both of these details should be familiar to an organization that prides itself on pet import/export.

Needless to say, the Health Certificates expired, and had to be reissued, thus causing delay number one.

It was around this time that Club Pet failed to deliver on a specific request. The Mexican government requires that the Import Health Certificate be certified by the USDA and written in English and in Spanish. We were assured that Club Pet would make this happen. Yet, when the documents were returned to Club Pet, they were only in English. Fortunately, I was ressured by a representative from the Consulate that this would not be an issue, as there were plenty of English speakers in Customs.

Delays number two and three were the result of Veterans Day, Thanksgiving, and Mexican Revolution Day all being celebrated within the same two-to-three week period. When the government is shut down, paperwork doesn't flow very quicklly. I'm not sure if I can blame any particular organization for this without jeopardizing the credibility of this otherwise sensible rant, but it was still irritating.

Delay number four came when Club Pet called to advise that the renewed health certificates had not arrived on time, and they would have to reschedule the flight.

It was finally decided that the kids would arrive on Monday, November 29th. We received a call late in the afternoon on Saturday, November 27th. Club Pet needed the name of the broker that would be picking the pets up at the airport before they could book the flight. We provided the information, but for some reason this resulted in a one-day delay. I asked why this new piece of information was so important now, when the flights had been booked three times previously without such a requirement. Club Pet's response? “I don't mean to get short with you, sir (okay, lady, then don't. I'm not paying you to get short), but I only know what I've just told you.”

This additional delay also caused a new wrinkle. The pets would be flying from DC to Guadalajara with a layover in Houston. The second leg of this journey was full, so the dogs would be coming on Tuesday, but Sophie would have to spend the night in Houston, arriving in Guadalajara the following morning. 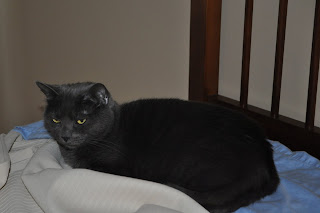 "I never liked you people much, anyway."

Tuesday arrived. Zelda and Chloe did not. We received a phone call from Ventura Air Cargo to let us know that our dog was doing well, but would not be released until the next morning because the flight arrived late.

Customs only received one dog. We have TWO. Ventura was unable to tell us which dog they had, or where the other one could possibly be. After several heartbreaking hours, in which I both called to let my mother know what had happened (It always helps to pass your fear on to others) and called our Houstonian friend, Patrick, to let him know that I might need him to break into IAH in the middle of the night to find out which animals, if any, might still be there, we were informed that both dogs were in Guadalajara, but the air bill (provided by Club Pet) only listed one animal on the flight.

Anyway, now that we could breath easy, we headed to Starbucks for a drink and some Internet time. Out of curiosity, we checked the flight plan. The plane had landed on time. We had been lied to by Ventura.

Upon bringing this to their attention the following day, the story changed. The plane had arrived on time, but the dogs were delayed in customs. Why? Because, despite the fact that two dogs were sitting in Guadalajara, the documents that proved that there were two dogs cleared to arrive in-country were in the cat's crate. The cat was in Houston.

Who's fault was this? Continental? Club Pet? Ventura? I certainly don't know, but I would guess Club Pet, as they are the one's that, you know, PACKED THE CRATES.

Sophie 's flight landed shortly before noon on Wednesday, paperwork in tow...and yet, for some unknown reason, Ventura did not deliver them to our home until after 8pm. They arrived in what looked like a U-Haul moving truck. When the driver opened the cargo door, I was horrified to see that our pets had been sitting in a completely dark space for (best case scenario) an hour, and that their crates had not been strapped down. Fortunately, everyone was sitting in the upright position. They reeked of urine. They were visibly shaken. Despite the long separation, they didn't even look happy to see us. Who could blame them?

Five days have passed since their arrival, and only Zelda appears to be back to her old self. Chloe looks depressed, and Sophie rarely comes out from under the bed.

We could have had our own veterinarian conduct the Import Health Certificate examination. We could have FedExed the documents to the USDA...or, even better, scheduled a face-to-face appointment. We could have scheduled their flights. We could have done everything, minus the boarding, which wouldn't have been necessary if we had ensured that all of the paperwork was where it needed to be and then scheduled the pets for a layover in Houston while we were also there.

But we chose to pay good money...LOTS of money...to a company that was supposed to make this easier. I fully admit to not knowing all of the nuances of such a complex transaction. The thing is, Club Pet should know the process. It's their job.

The broker is the one thing we couldn't have changed, but two miserable days in the Guadalajara airport wouldn't have been so bad if we could have shaved off a couple of weeks at Club Pet. This, of course, does not change the fact that the broker has thus far refused to provide us with an official bill for services rendered, nor have they verbally told us a total amount due. They apparently prefer to do business first, then tell you what you owe.

I have a feeling this could get uglier still. 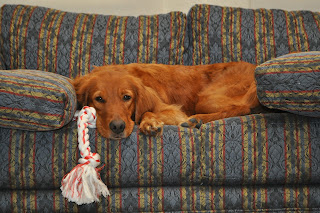 The good news is that everyone is alive and well. Despite the troubles, I will say that everyone was well-fed, and, besides smelling of urine upon arrival, it was evident that they had been cared for while being boarded.

It's a shame that all-around incompetence forced them to be boarded for so long, however.