And so our London-based exploits continue.  On with the highlights. 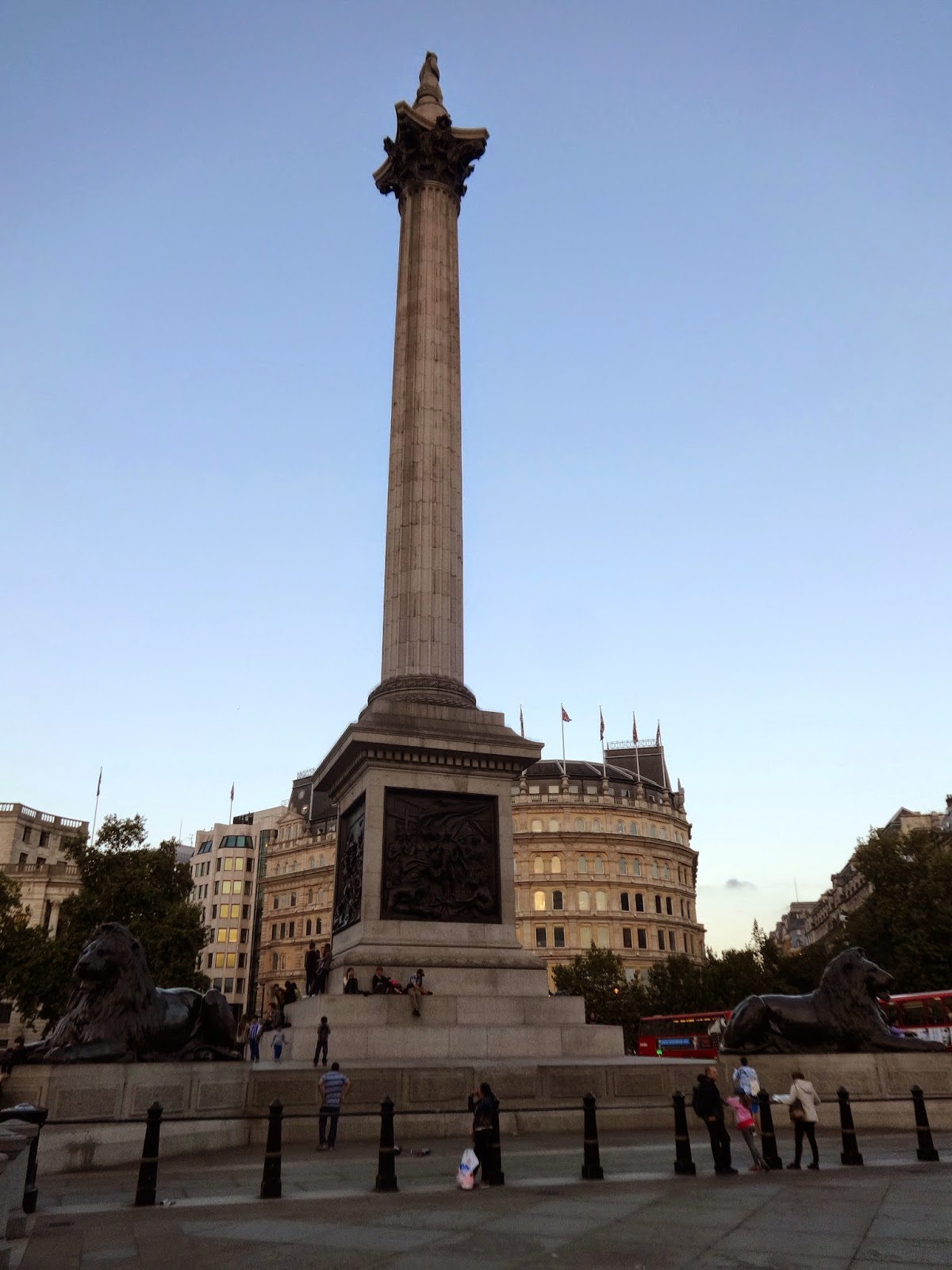 Trafalgar Square is one of the city's most vibrant open spaces.  This central London landmark is a lively place often used for a wide range of activities including:  special events and celebrations, St Patrick's Day, Pride, Eid, and Chinese New Year; filming and photography; and rallies and demonstrations.

It is best known for Nelson's Column, which stands in the center guarded by four lion statues.  The Column commemorates Admiral Horatio Nelson, who died at the Battle of Trafalgar in 1805.

In 2011, consultants for the Greater London Authority reported that tourists climbing onto the backs of the lions have caused considerable damage and 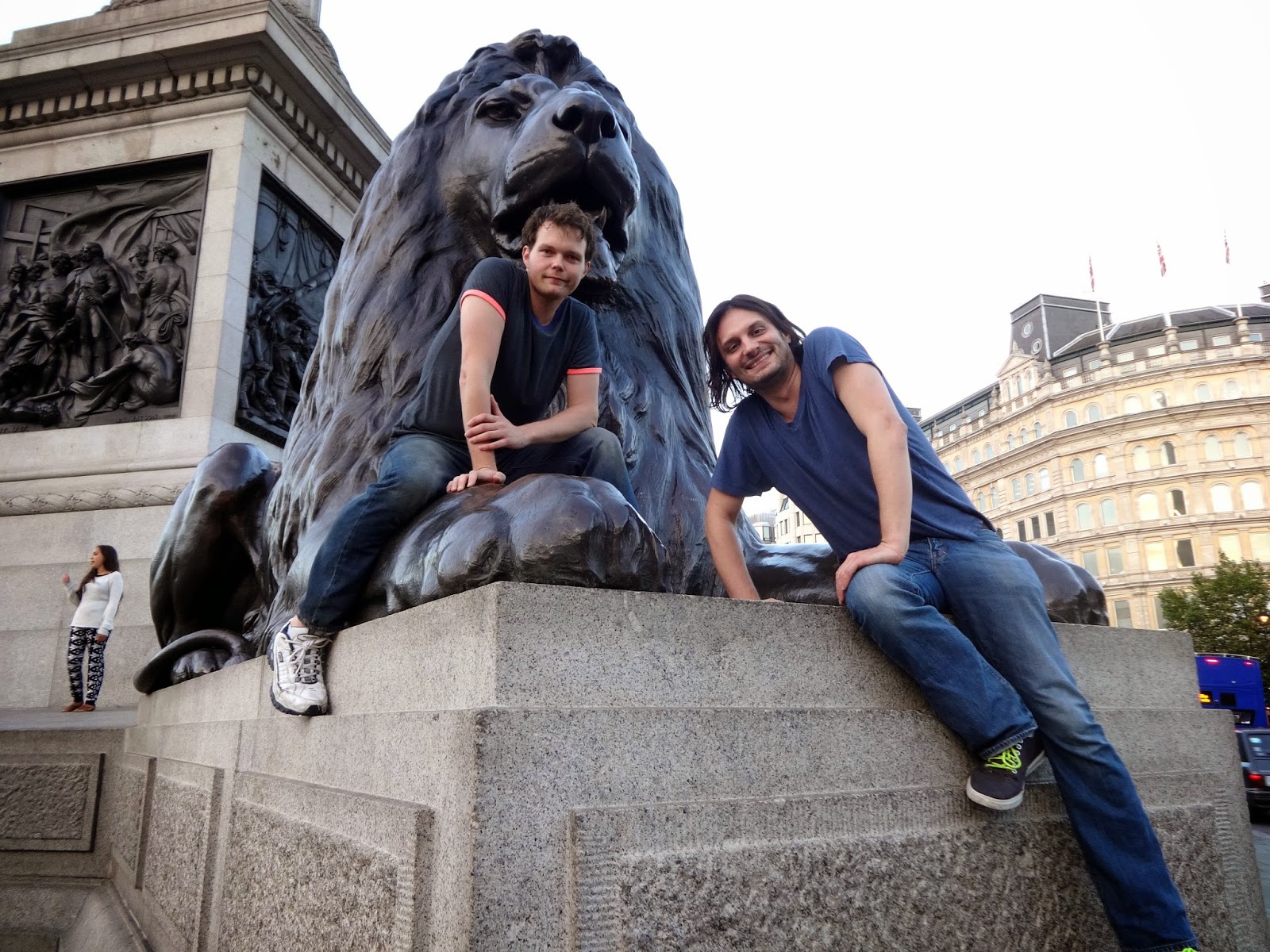 recommended banning tourists from climbing them.  Whoops.  (Hey, now, it was only recommended.  No crimes committed here, people.)

Okay, okay.  Full disclosure time. I really wanted to hop on the lion's back...but once I crawled up there, I kinda got scared of the height.  Which is odd, as I've never been afraid of heights.  TJ, meanwhile, hoped right on.  And he IS afraid of heights.  Go figure.  Anyway, I still wanted a photo, so he was nice enough to come down to paw level for to take a pic with his wussy husband.  I'm so lame.

The National Gallery, founded 1824, sits on the edge of Trafalgar Square and houses a collection of over 3,200 paintings dating from the mid-13th century to 1900.  Unlike similar museum in Europe, the National Gallery was not formed by nationalizing an existing royal art collection.  Instead, it came into being when the British government purchased 38 painting from the heirs of an insurance broker and patron of the arts in 1924.  After this initial purchase, the Gallery was shaped by its early directors and by private donations.  Of all the places we explored during or time in London, I think this is the one I would most like to revisit.  We happened upon the gallery at a moment in which we did not have sufficient time to stop and truly appreciate the art.

Anwarul skipped out of work early/took an extended lunch break to join us at Buckingham Palace. 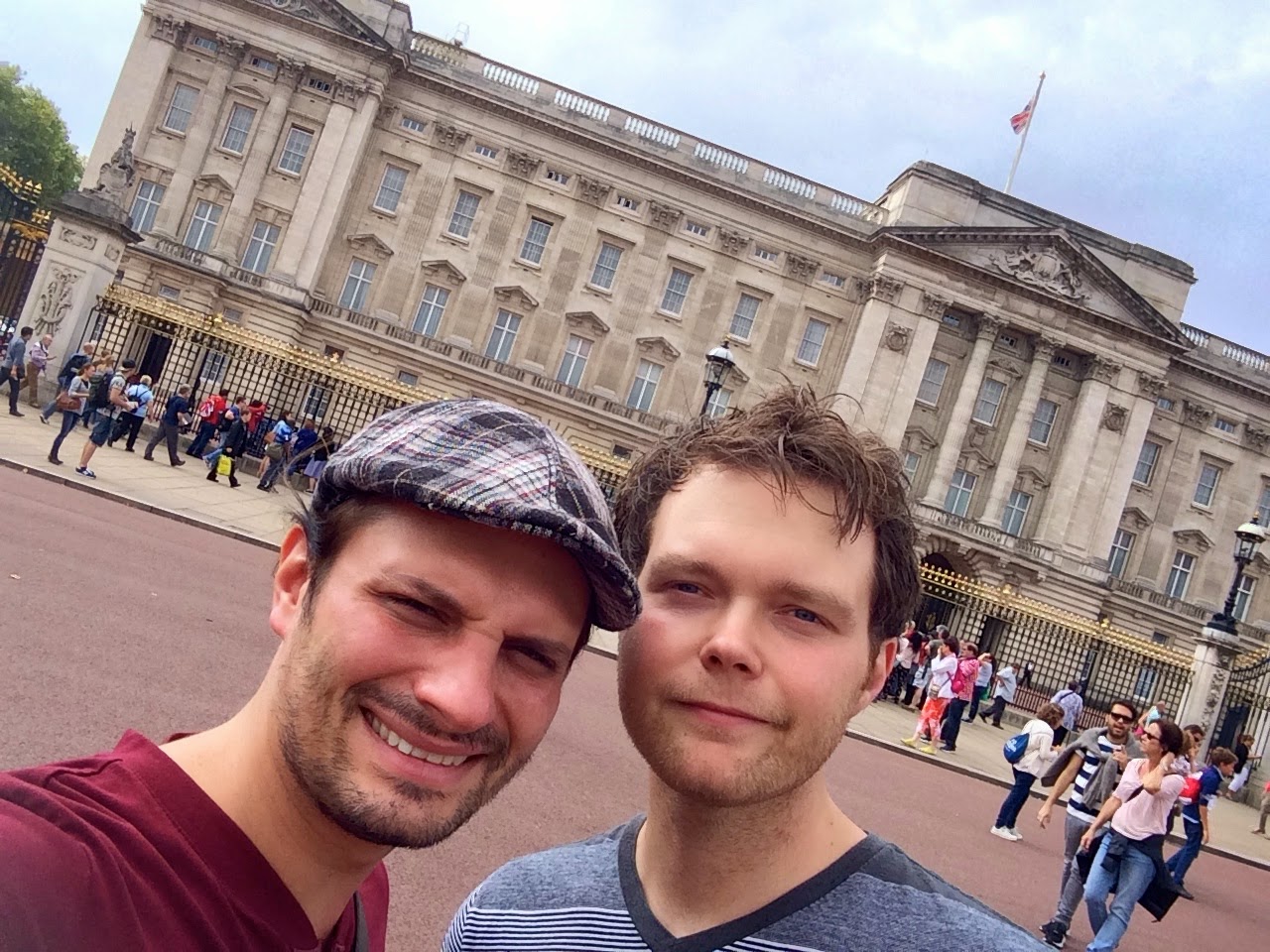 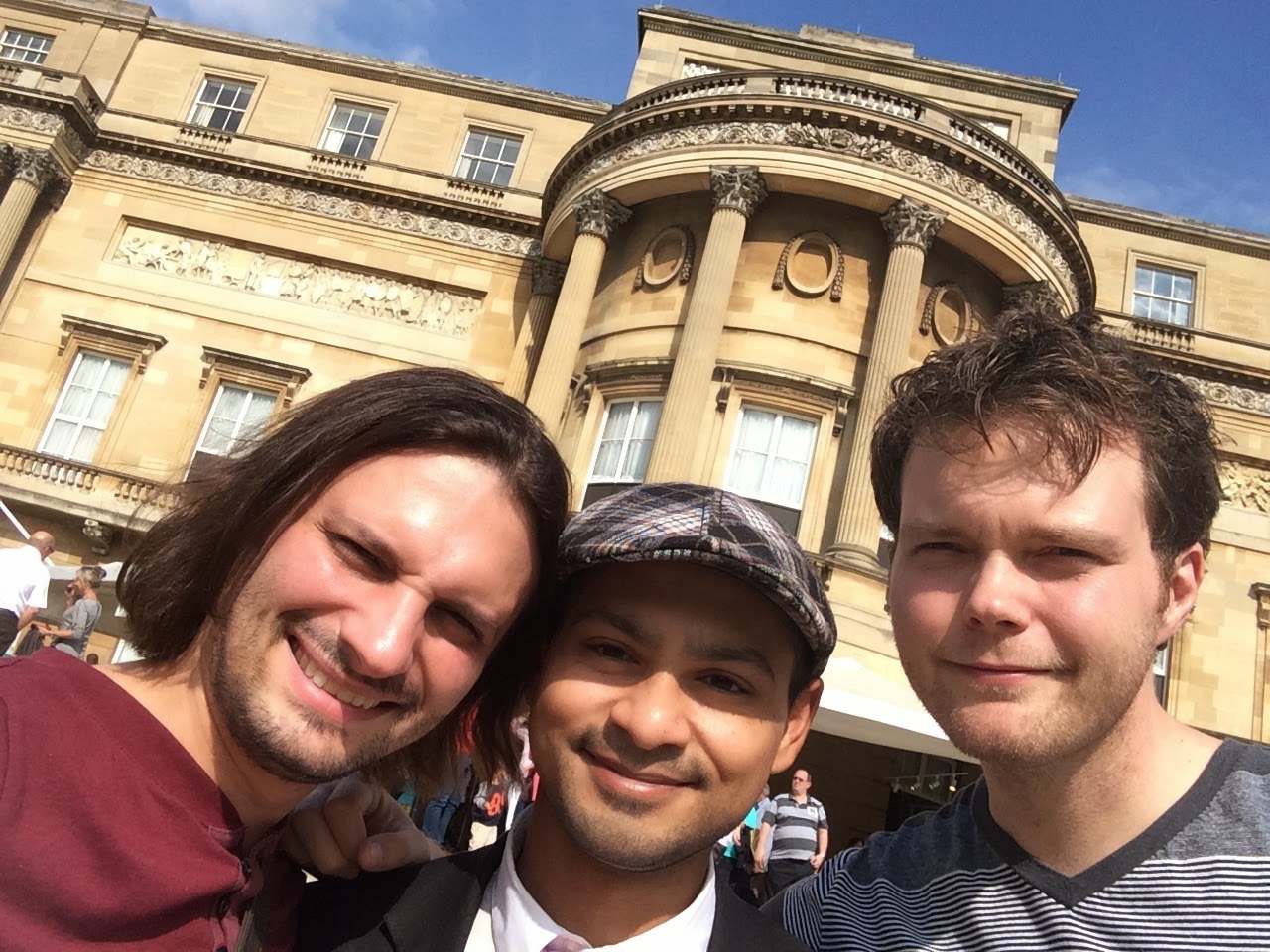 Buckingham Palace is one of the most readily recognized buildings in the world.  Like the Houses of Parliament, it stands as an international symbol of London and the United Kingdom as a whole.

The Palace is a working headquarters of the monarchy, where Her Majesty The Queen carries out her official and ceremonial duties as Head of State of the United Kingdom and Head of the Commonwealth.  The Queen spends the working week at Buckingham Palace and is normally at Windsor Castle for the weekend.

During the summer and early fall, when the Palace is not being used in its official capacity, visitors are able to tour the State Rooms.  These rooms are furnished with some of the greatest treasures from the Royal Collection - paintings by Rembrandt, Rubens, and and Canaletto; sculpture by Canova; and some of the finest examples of English and French furniture in the world. 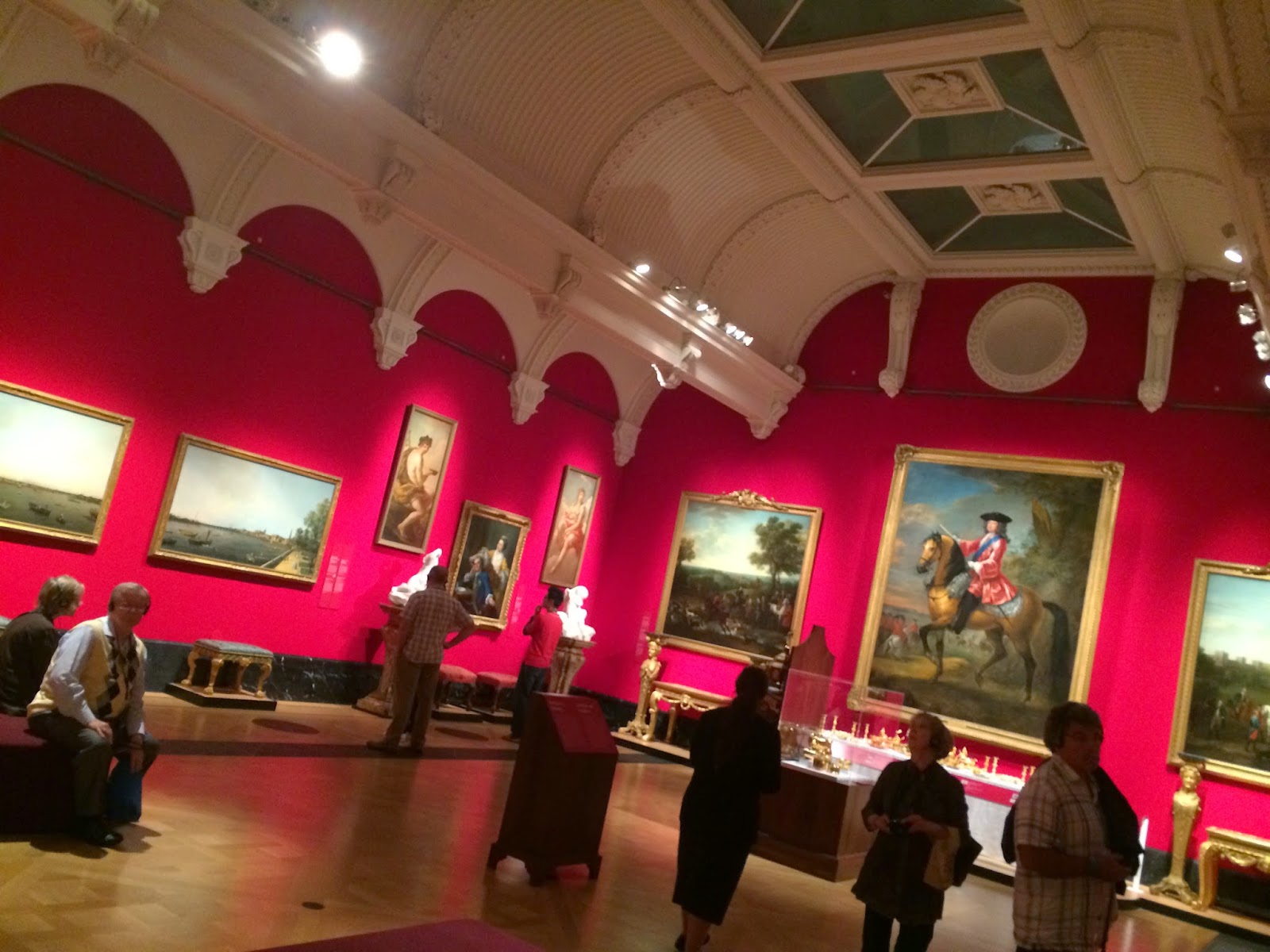 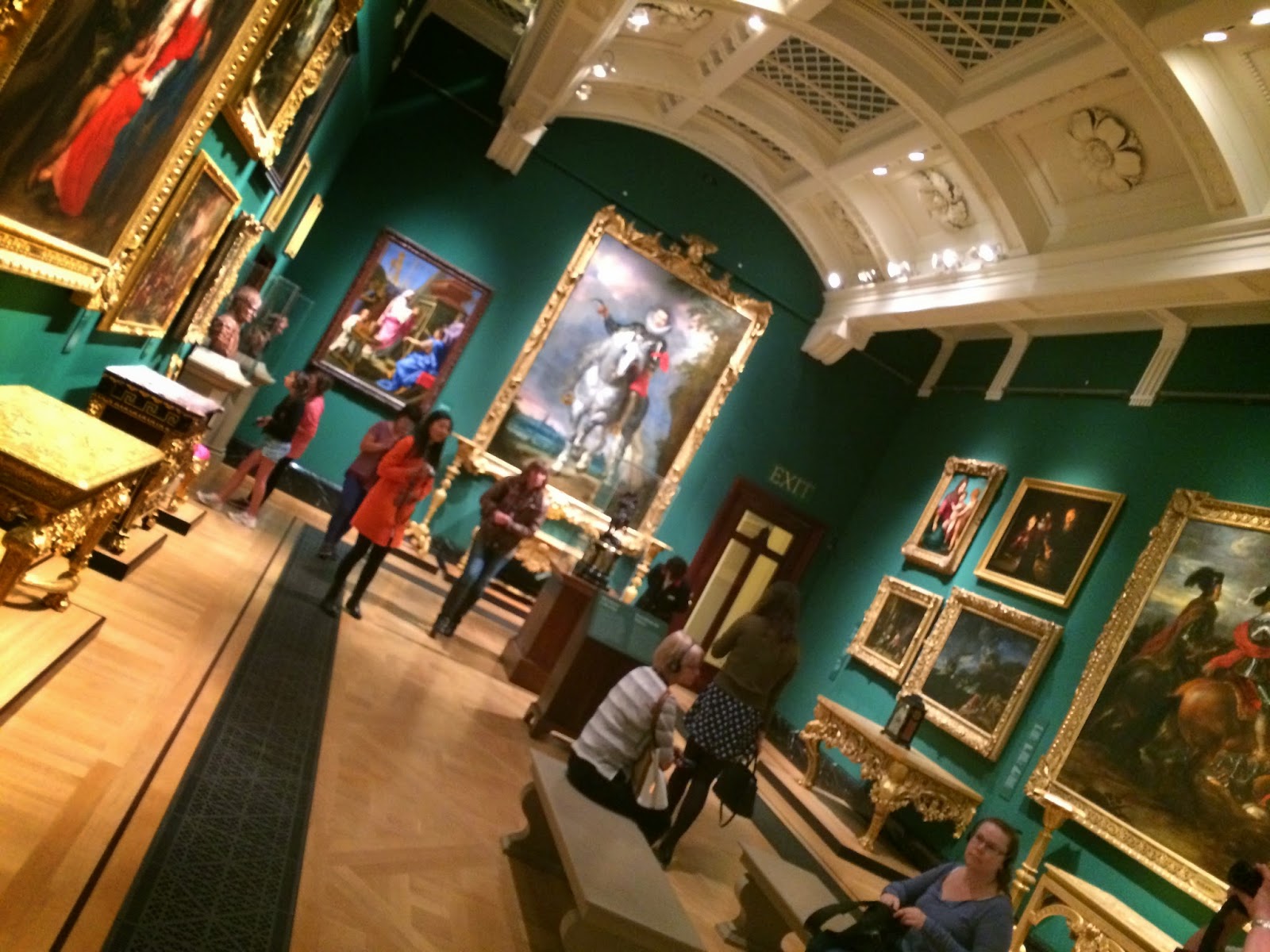 The Royal Mews is one of the finest workings stables in existence and a living part of Britain's heritage.  The Mews is responsible for all road travel arrangements for The Queen and members of the Royal Family, and is home to the Royal Collection of historic coaches and carriages. 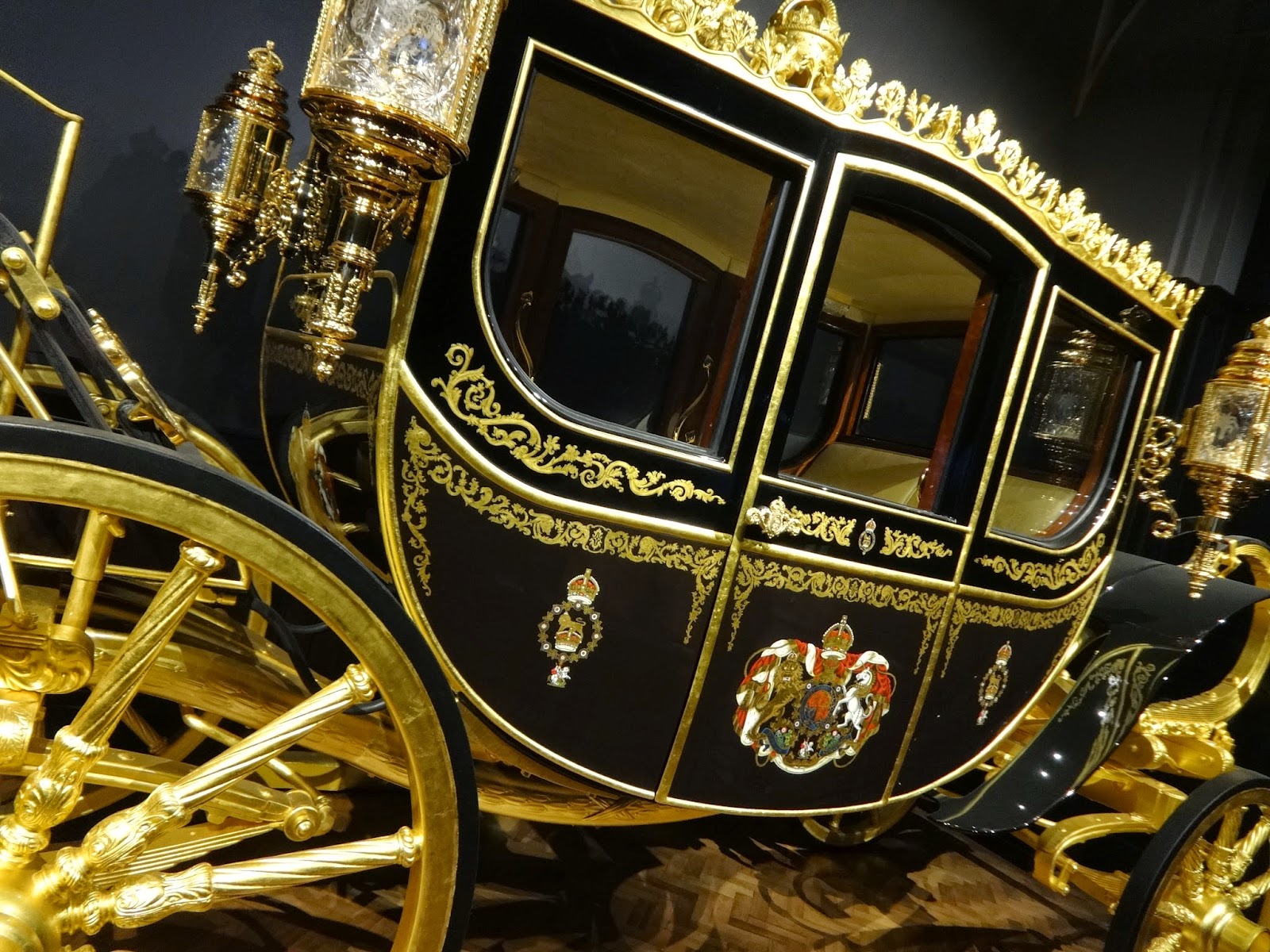 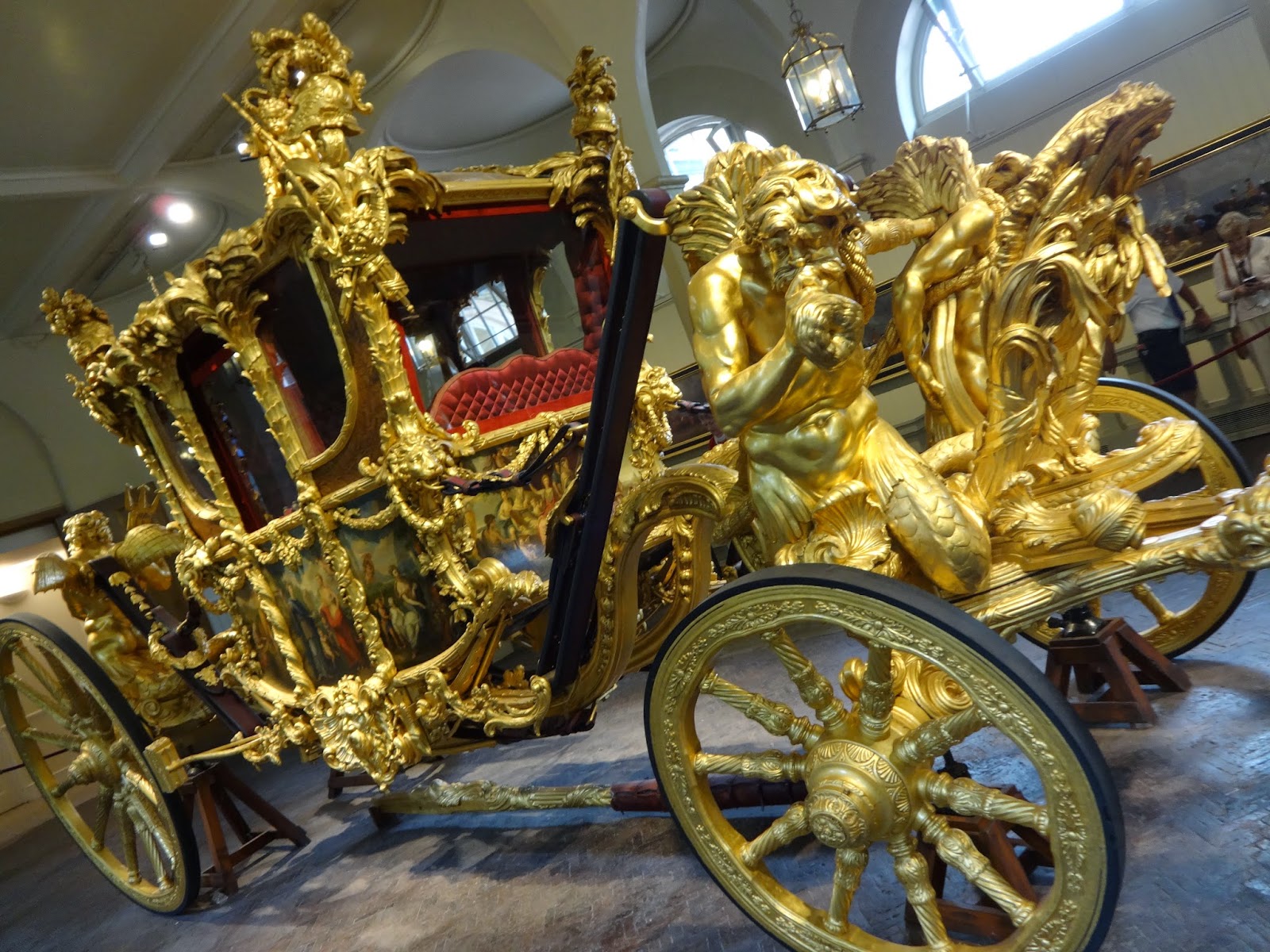 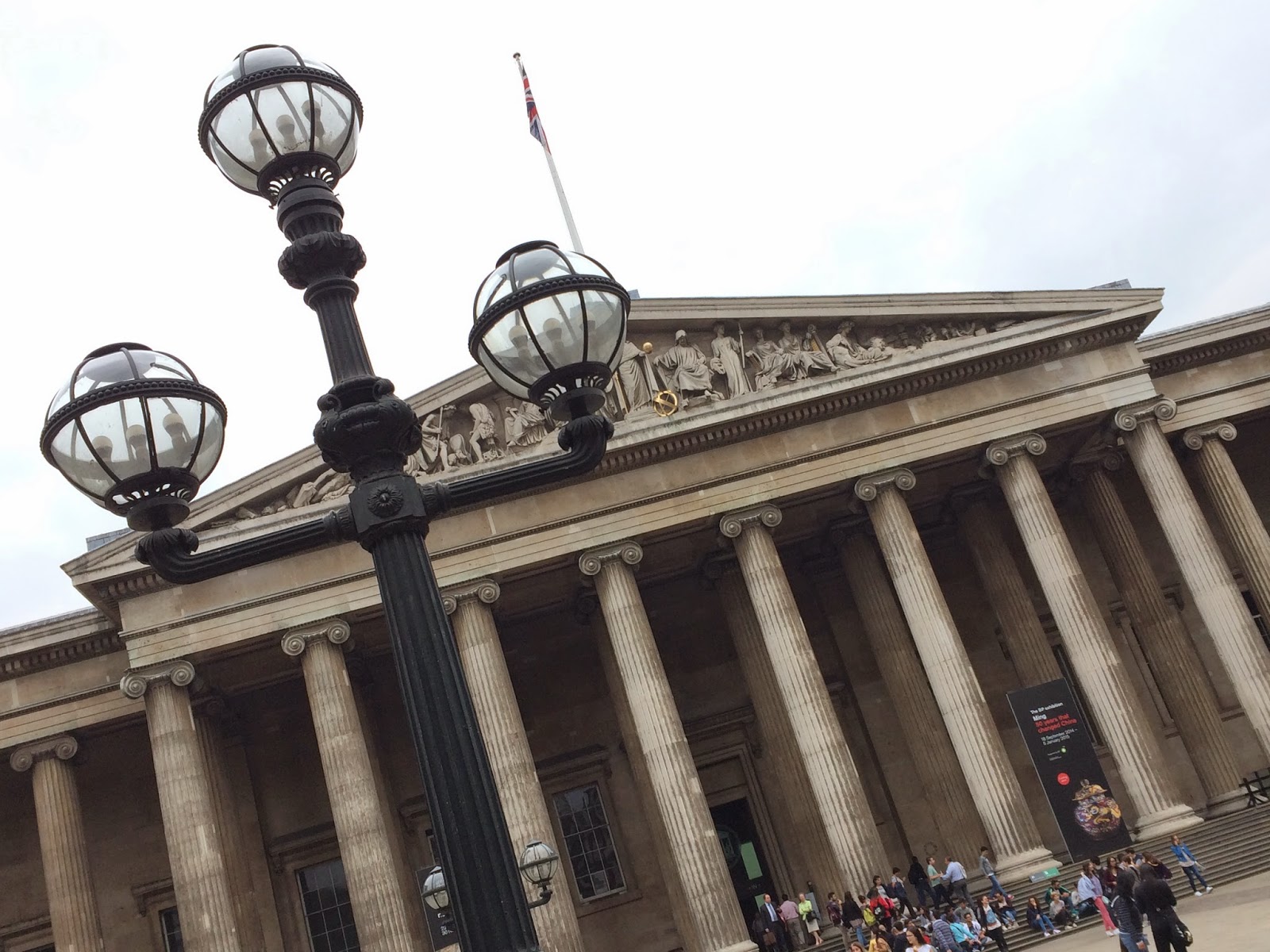 The British Museum is a museum dedicated to human history and culture.  Established in 1753, it is home to over six million artifacts, ranging from small archaeological fragments to massive objects from past and contemporary cultures.

We found ourselves at the museum at a time of day in which the camera battery was dying (shame on me) but it served well in forcing me to stop and enjoy what I was seeing.  Here are but a few  examples of my favorite exhibit pieces. 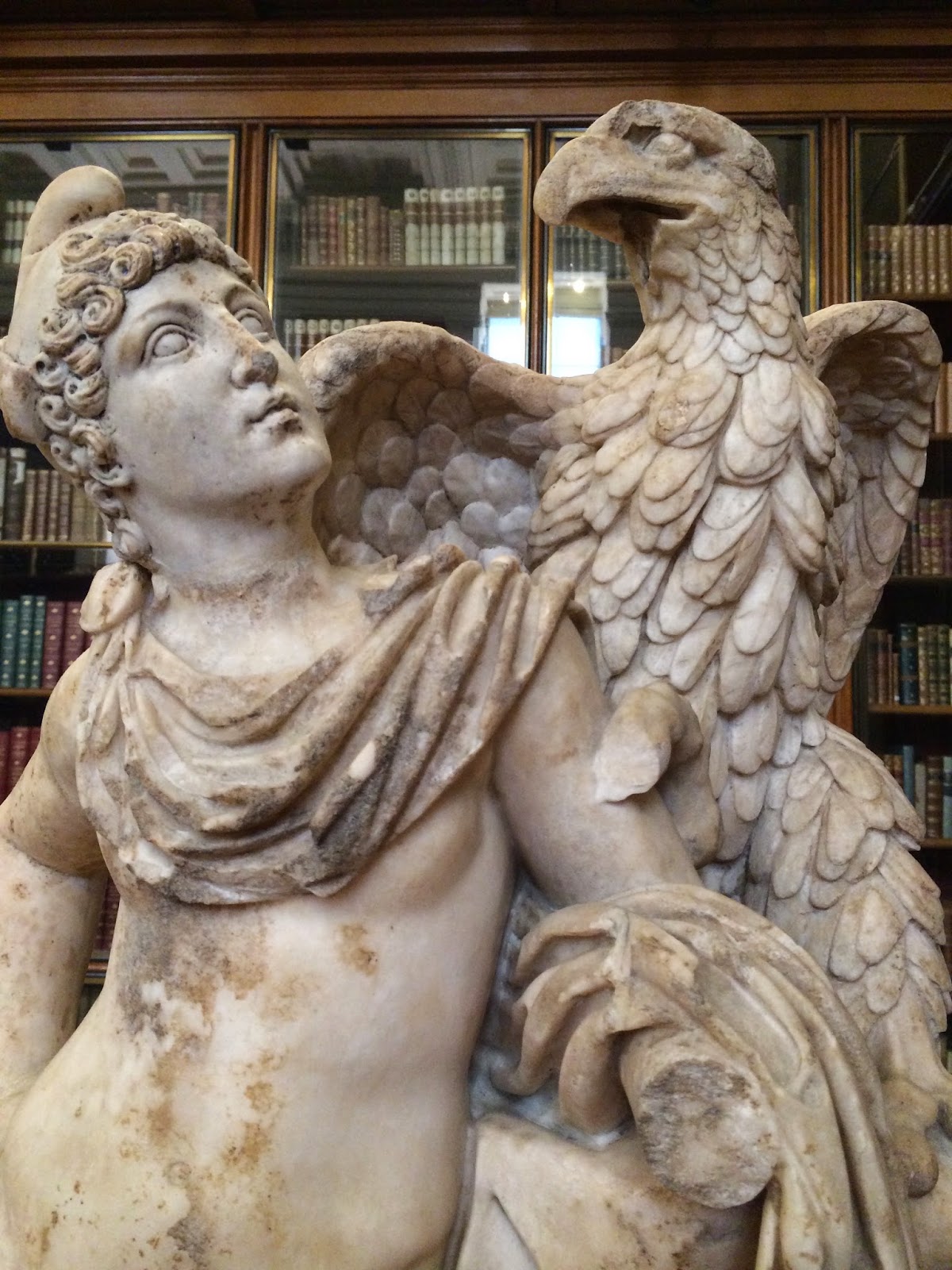 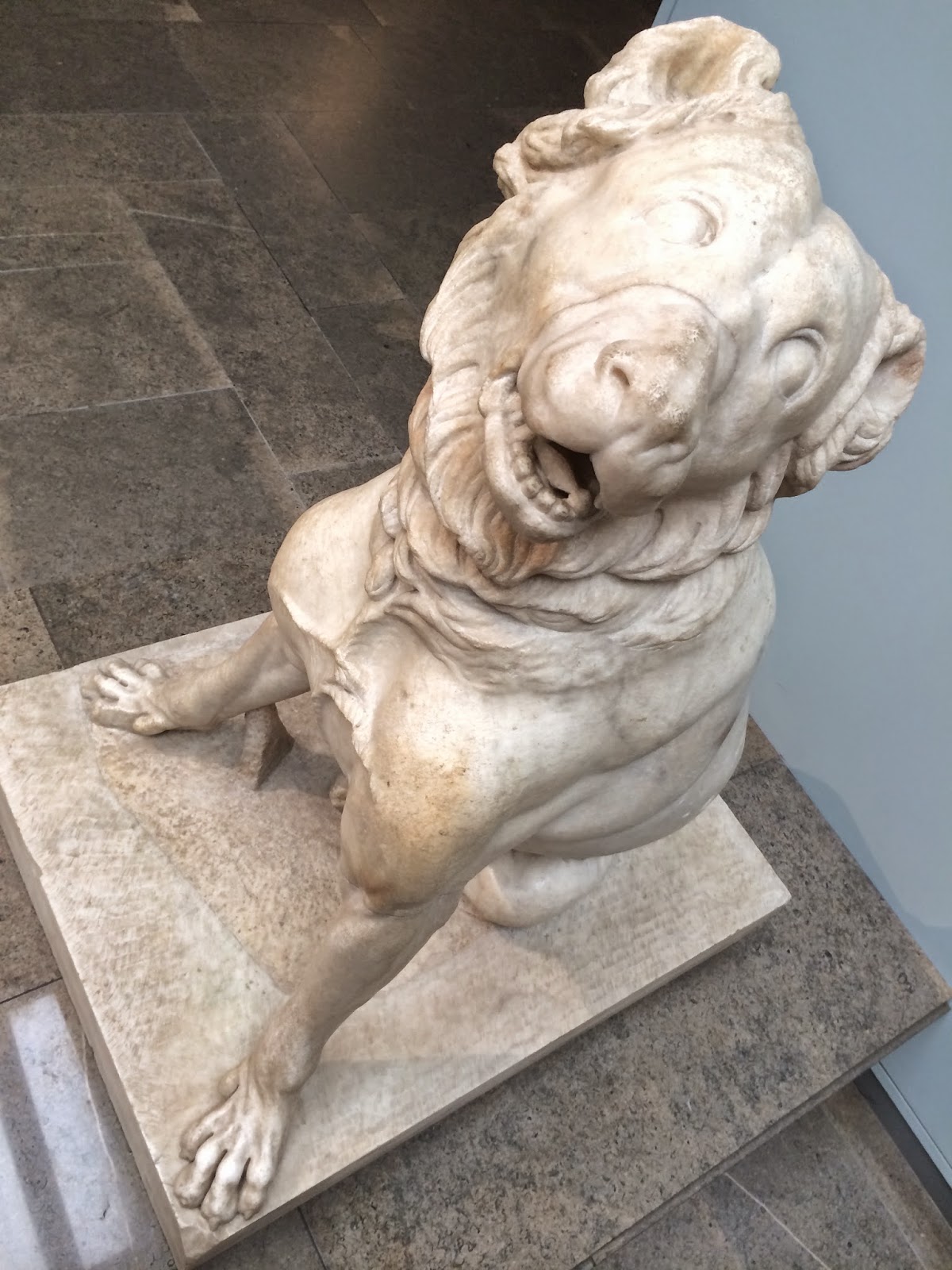 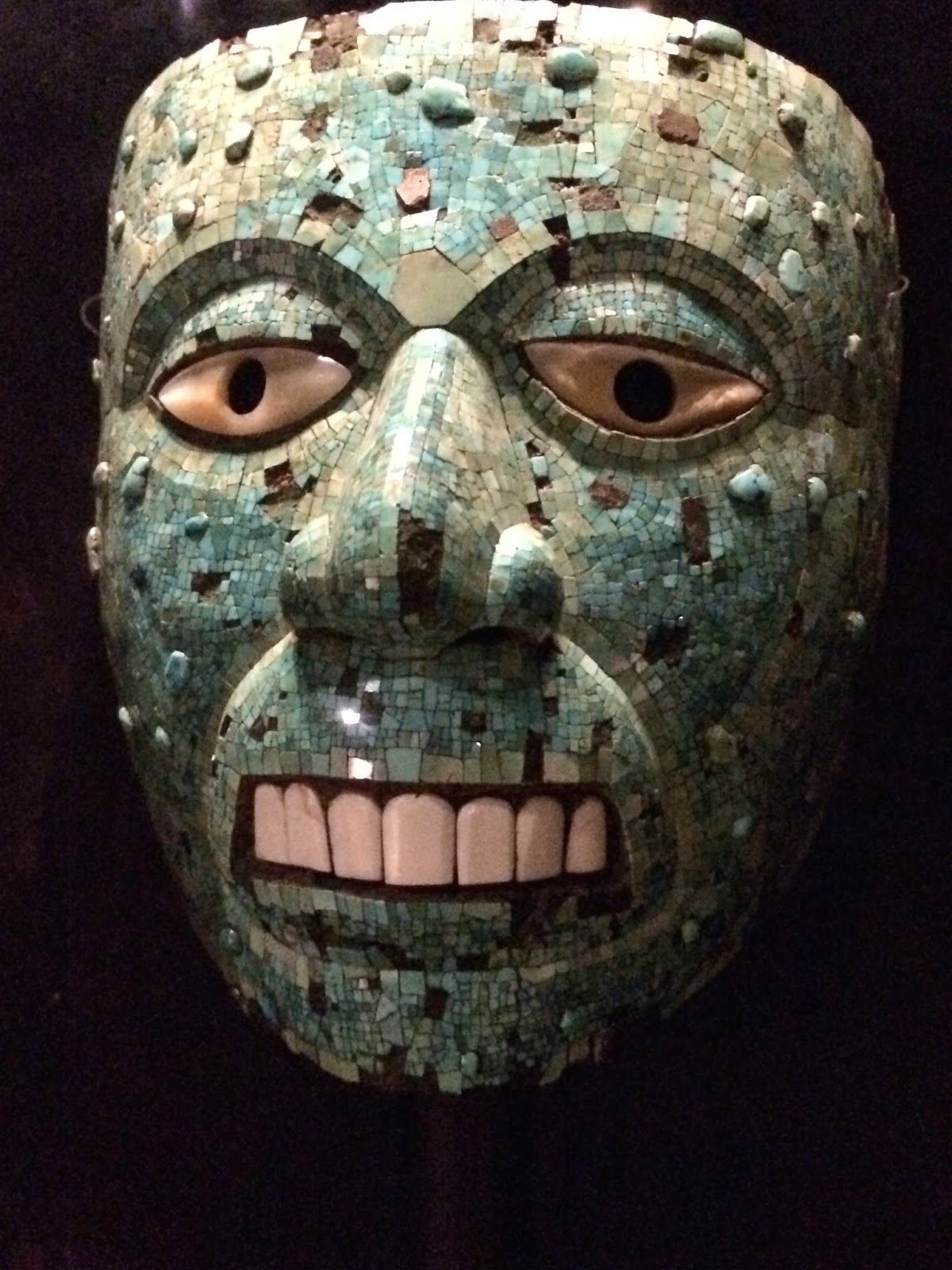 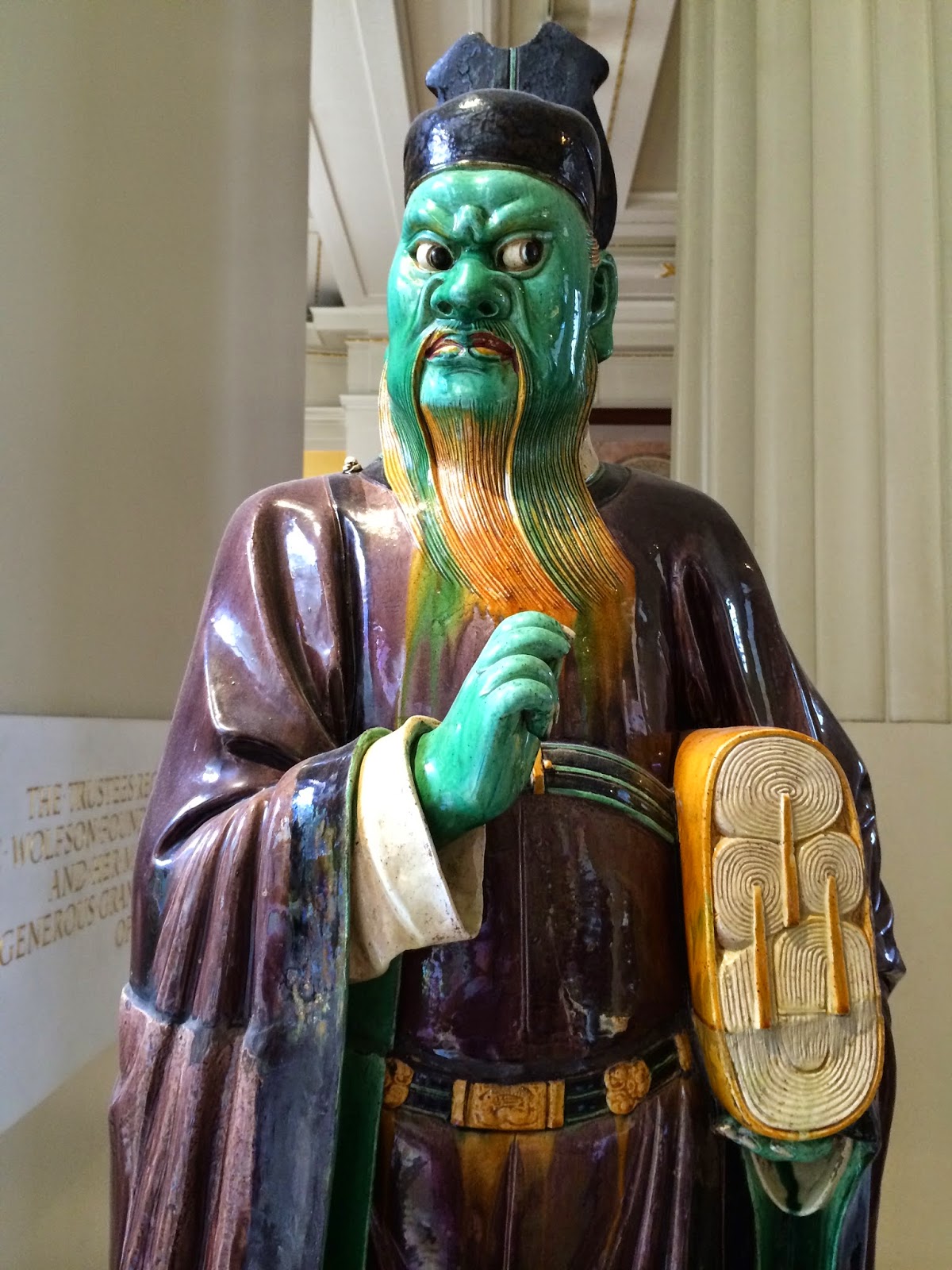 That concludes London proper, but we have one final stop before this post's conclusion.  I am including it here because A) It was mentioned above; B) It was the final location on this vacation that I have previously been to, so why not wrap up with a clean break?; and C) That green man above giving you some serious side-eye is no way to say goodbye. 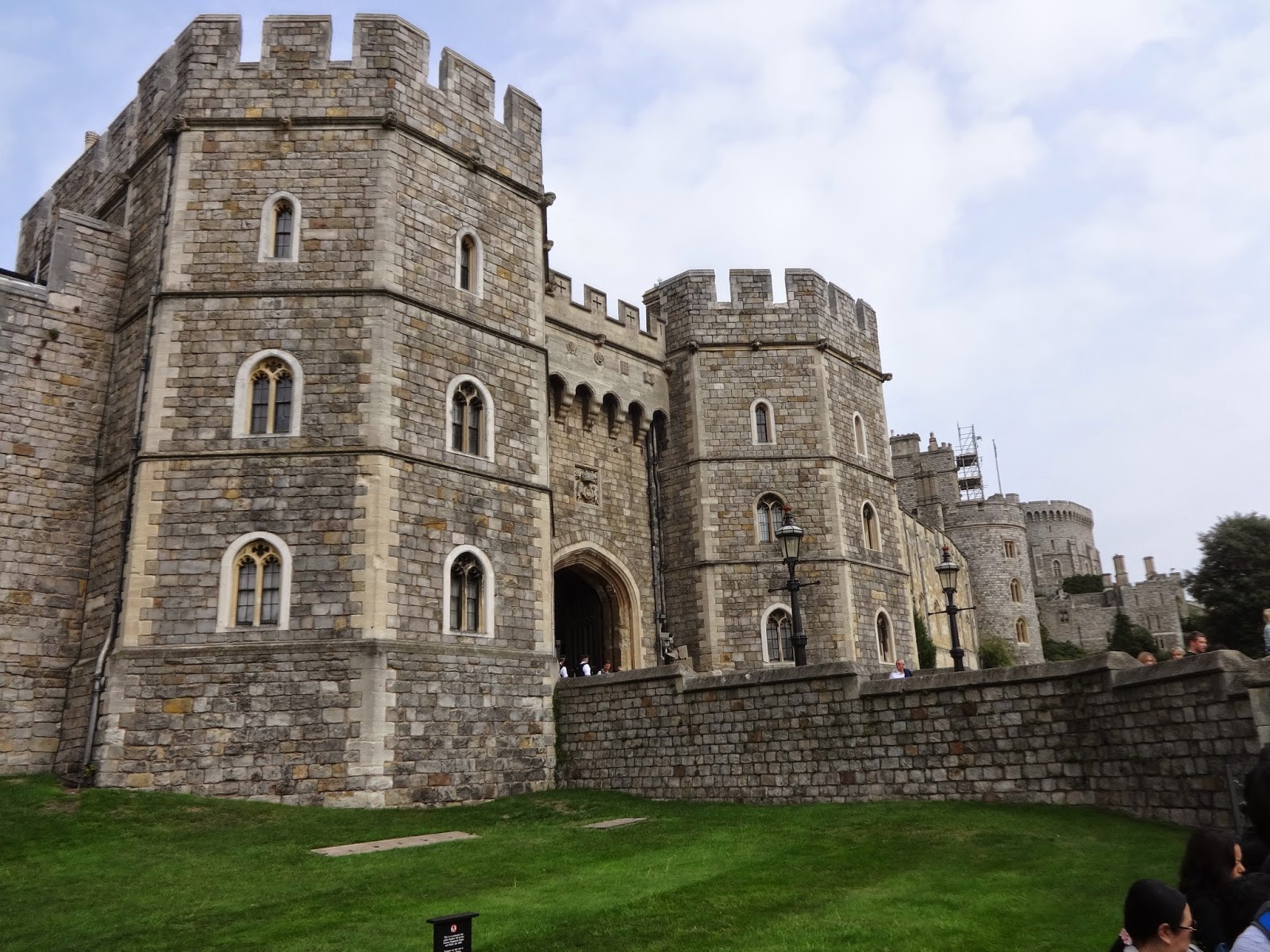 Windsor Castle was founded by William the Conqueror at the end of the eleventh century.  It has been the home of 39 monarchs and is the oldest royal residence in the British Isles to have remained in continuous use.

The Queen is officially in residence at Windsor twice a year:  at Easter, and again in June, when the annual Garter Service is held in St. George's Chapel.  The Castle is used as an alternative to Buckingham Palace for ceremonial visits by foreign heads of state.  As stated above, The Queen (and The Duke of Edinburgh) spend most of their private weekends at Windsor. 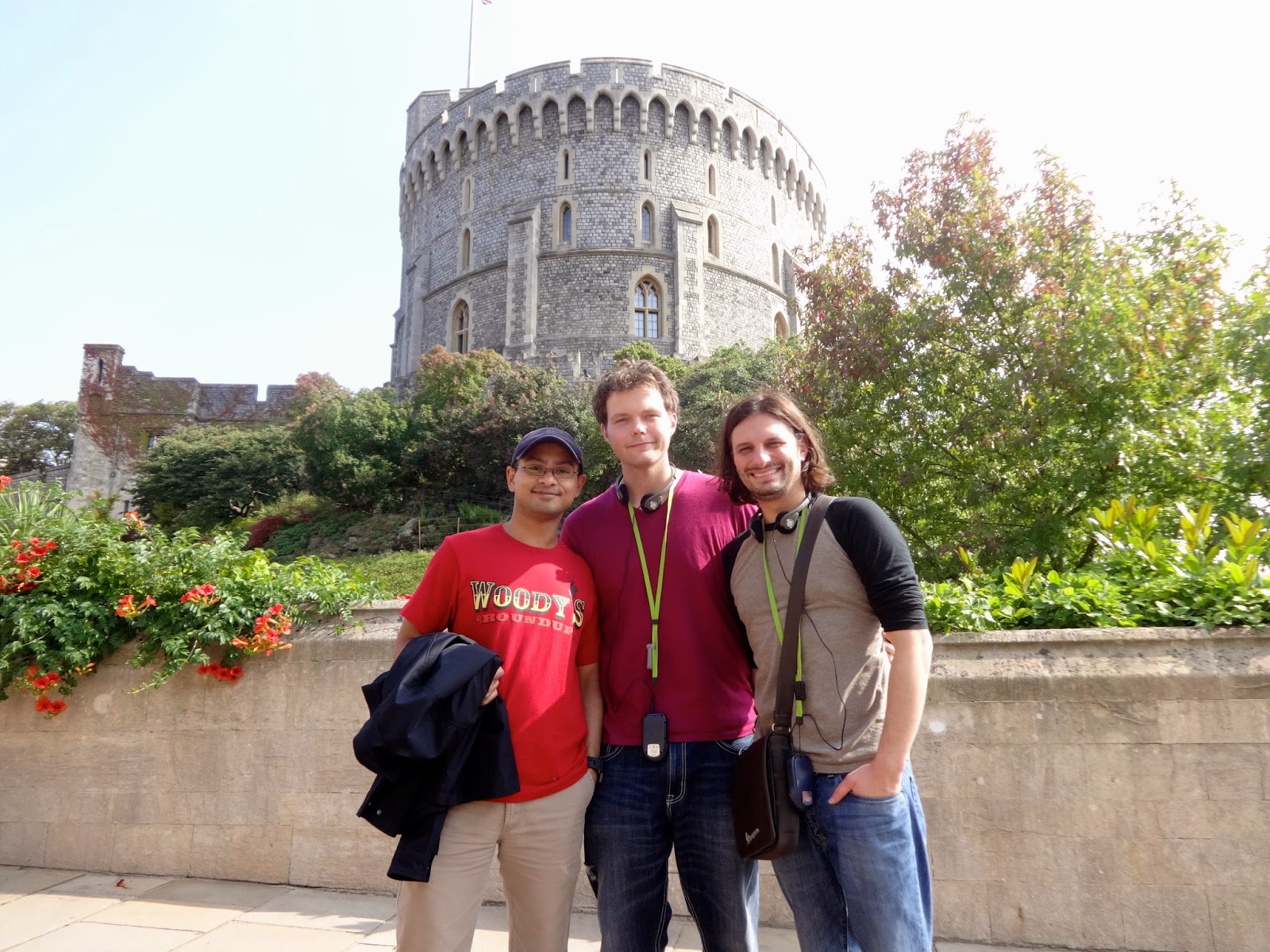 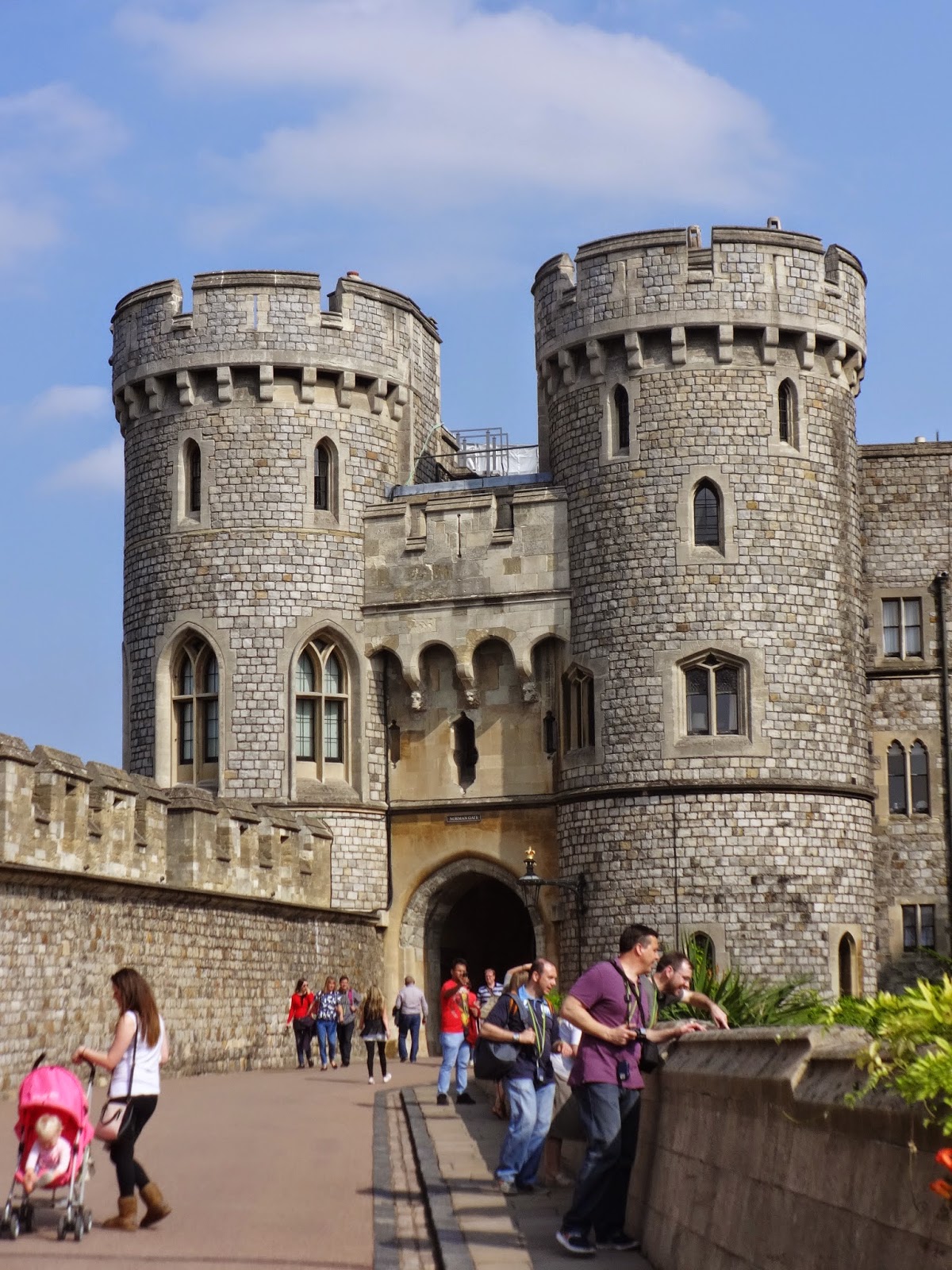 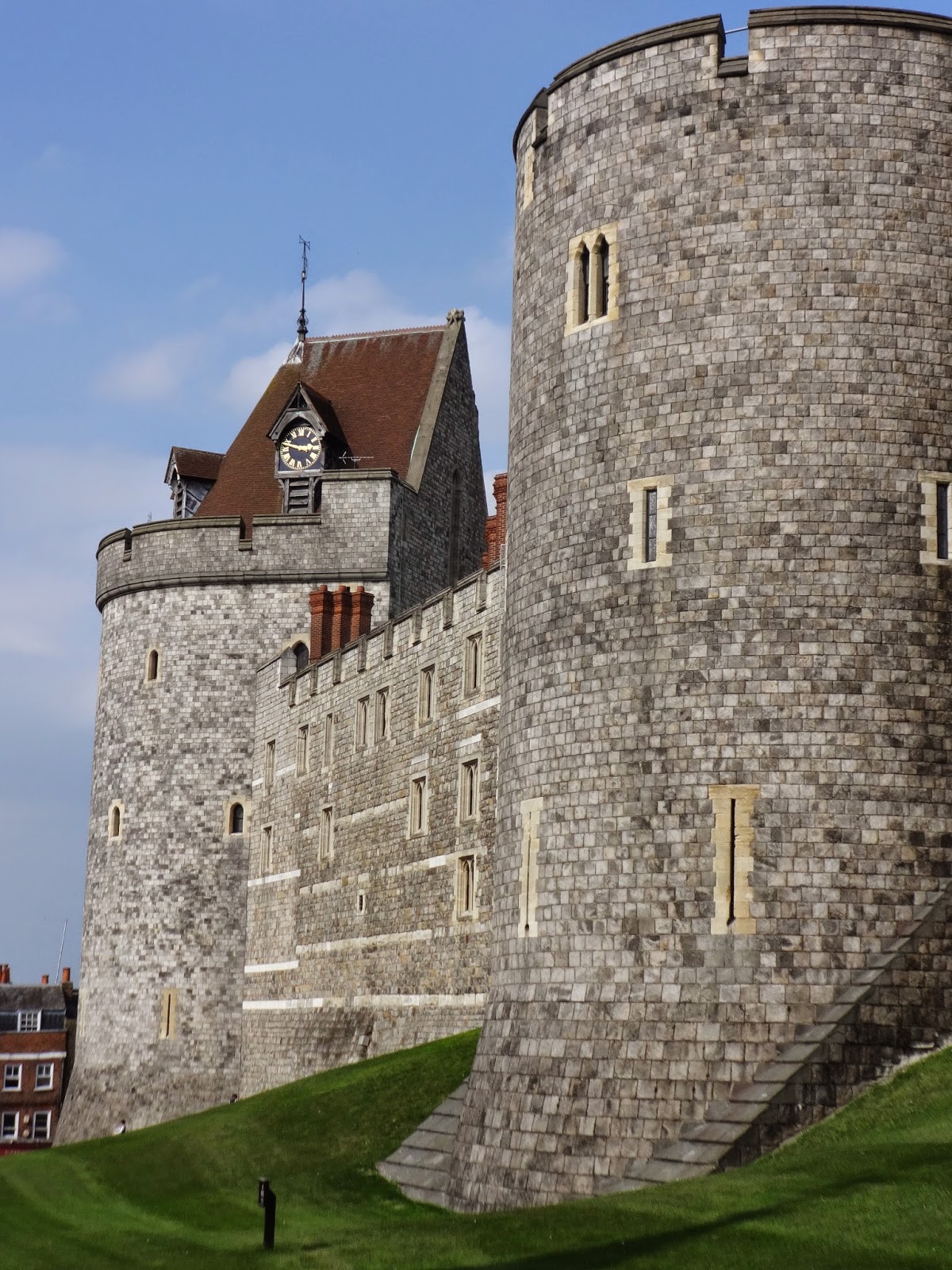 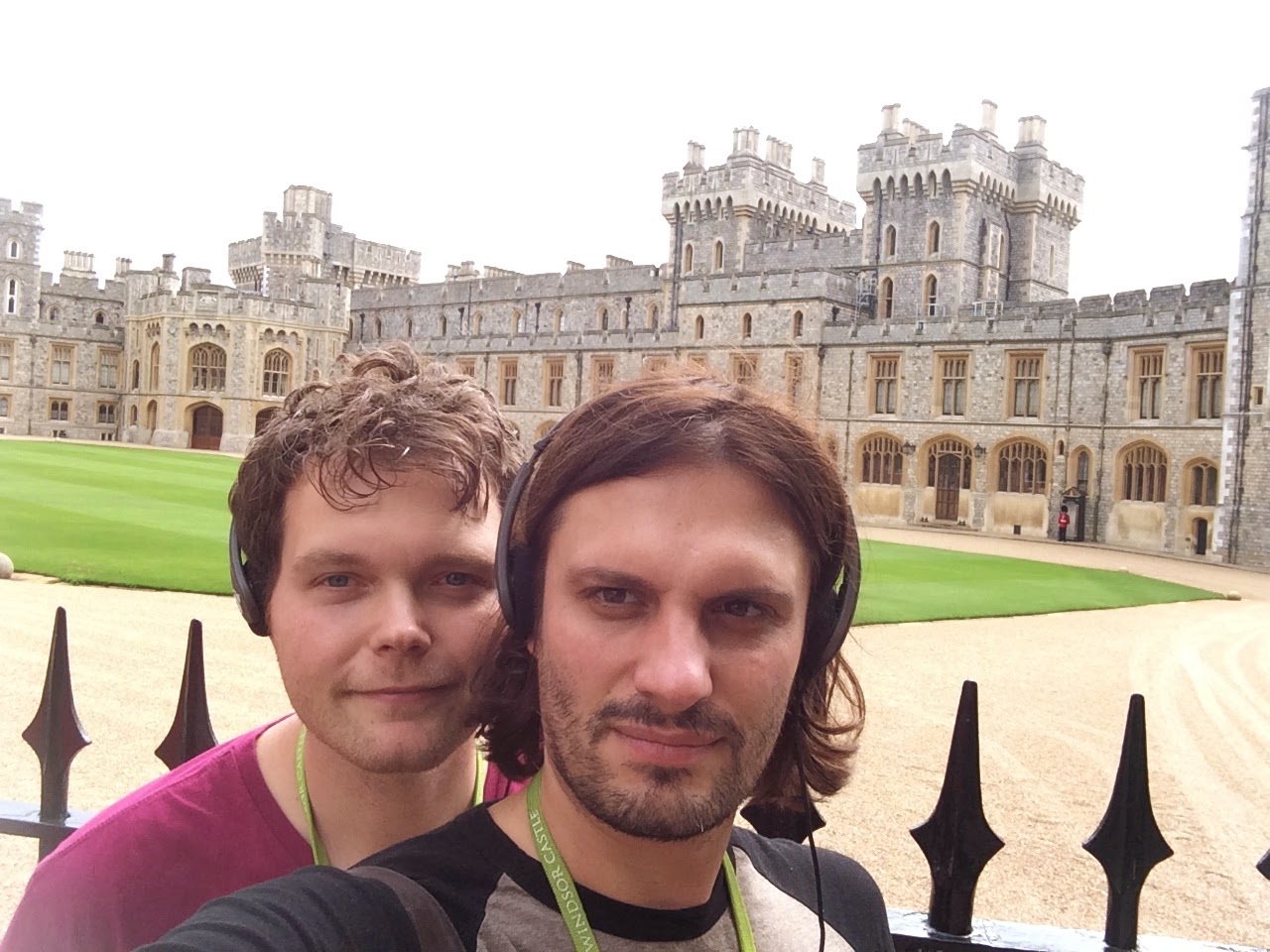 Annnnndddd, that's a wrap for London (and Windsor!).  Tune in next time, when we set our sights on roller coasters, mysterious rock formations, and even more palaces.
Posted by Aaron at 1:25 PM