Following our day at Windsor, we returned to London for one last farewell show (West End Bares) before  heading to Anwarul's house in Henley-on-Thames.  And now Part 1 is in sync with Parts 2 and 3.  Whew!  On to Part 4... 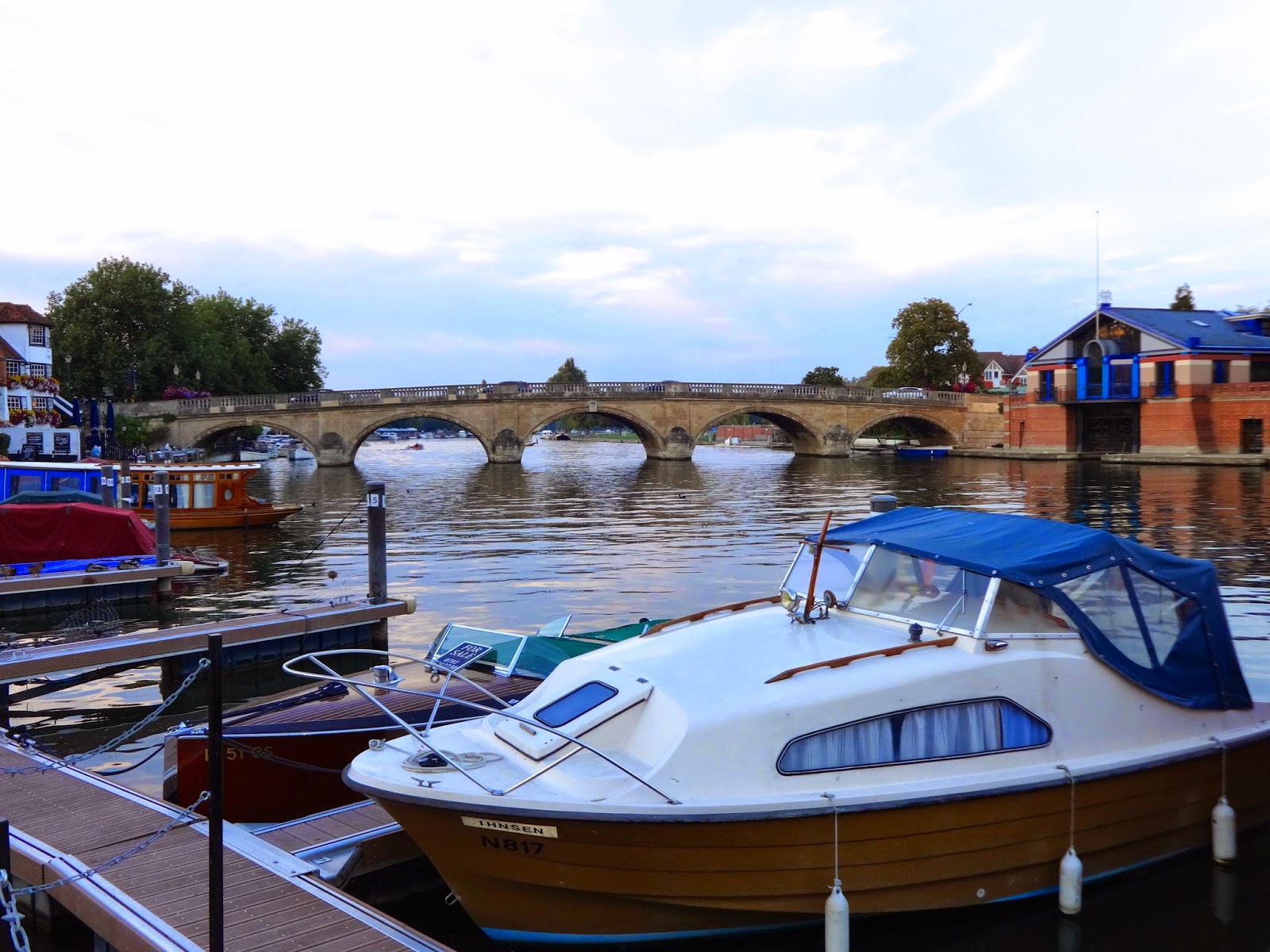 Henley-on-Thames is, approximately, a 1.25 hour drive west of London.  For this and all of the travels planned for the days ahead, Anwarul rented a car.  Because he's awesome.  Also, because he's
British and, generally speaking, would prefer taking public transport when at all possible but the bloody Americans had to come visit with all of their luggage.

Sadly, we didn't do much exploring of the town; It served primarily as mission headquarters and was really just a place to lay our heads between bouts of tourism.  Plus, TJ developed a cold on our last day in London and spent most of his down time sleeping.

We did have some great food at a local pub, a traditional Sunday roast,  and access to a washing machine that didn't require quarters...which was pretty awesome after a week in a hotel room.

There were also cute duckies and a mid-transformation mermaid statue that was pretty cool. 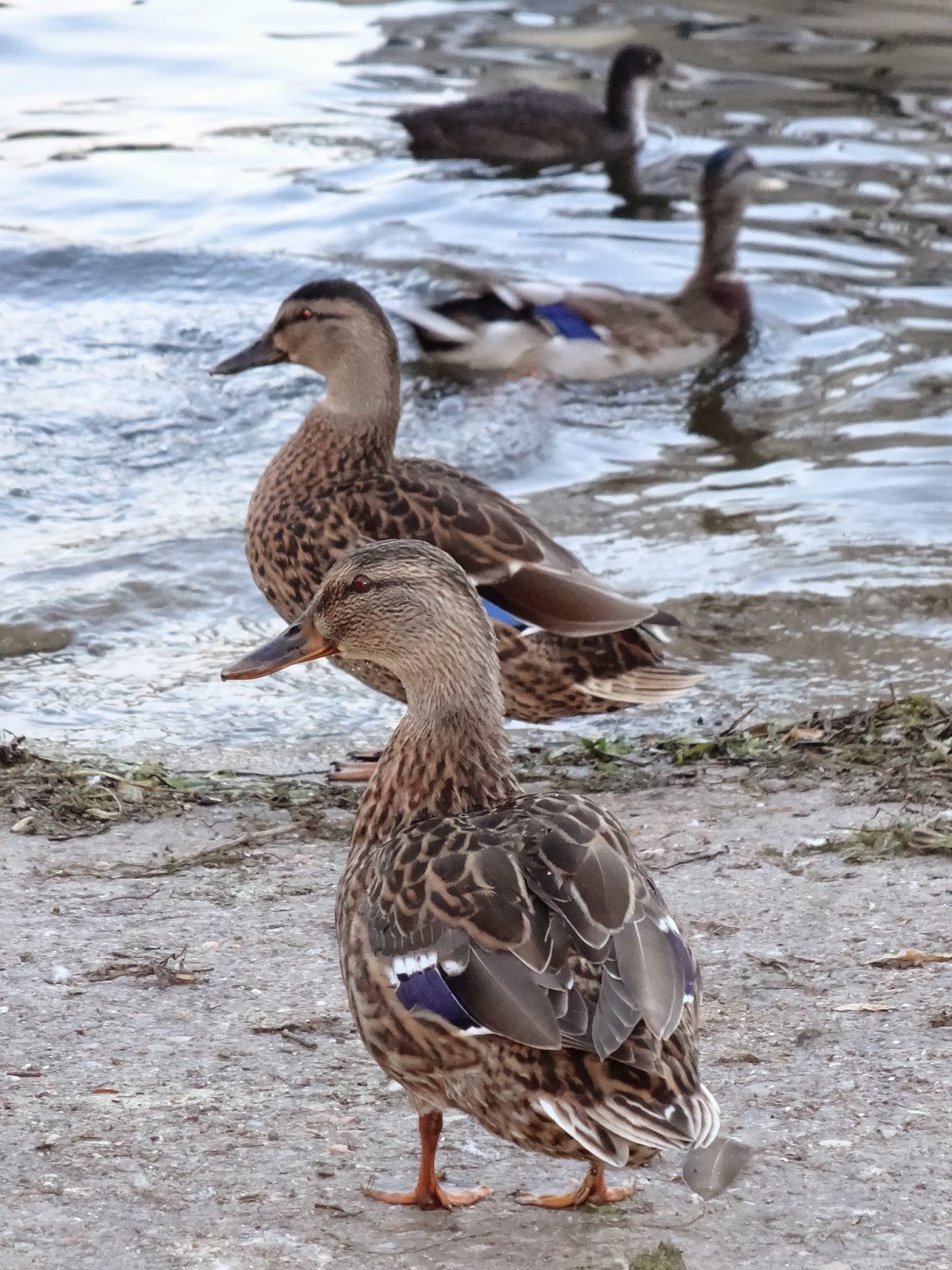 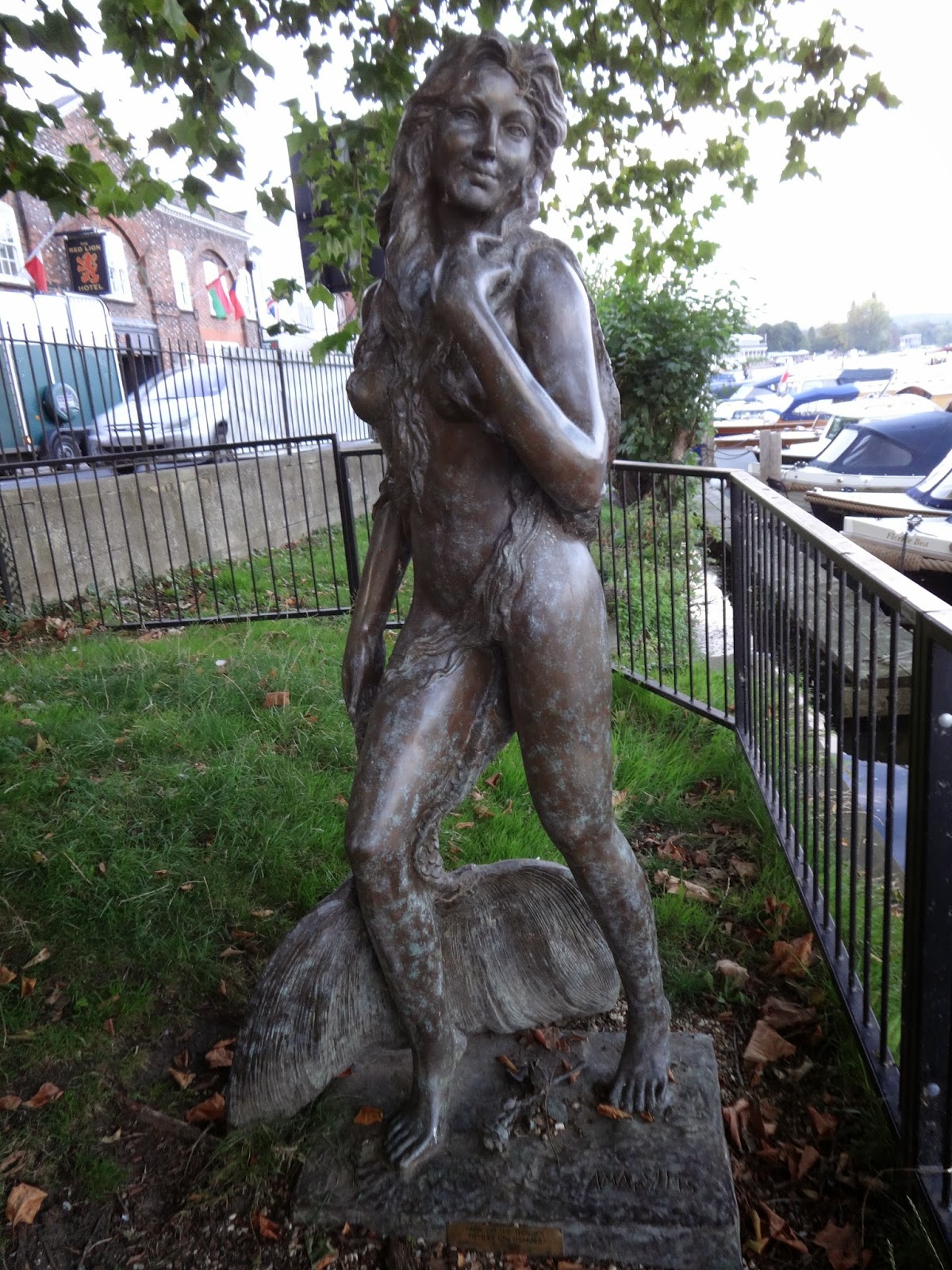 I'm sure there will be opportunities to properly explore in the future; I'd hate to think London and its surroundings have left my life for good.  But for now, we must move on with the adventuring that has been, not what could be.

Thorpe Park is a theme park located between Chertsey and Staines, approximately thirty miles southeast of Henley-on-Thames.  Built in 1979, the park caters mainly to young adults and teenagers (or us older folk that haven't yet developed back problems) due to the vast majority of attractions being roller coasters and other thrill rides such as Saw-The Ride (yes, the movie) and Stealth. 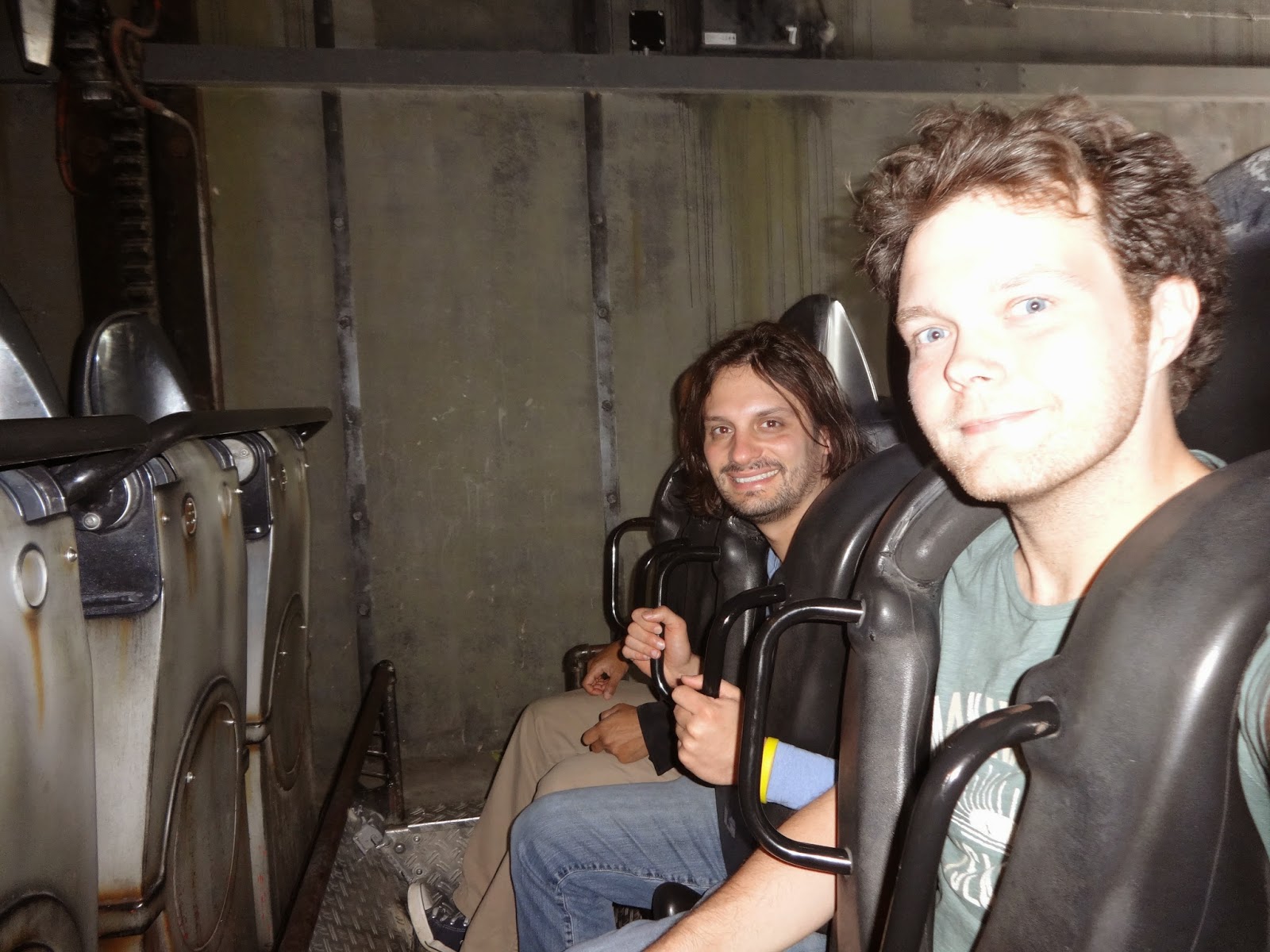 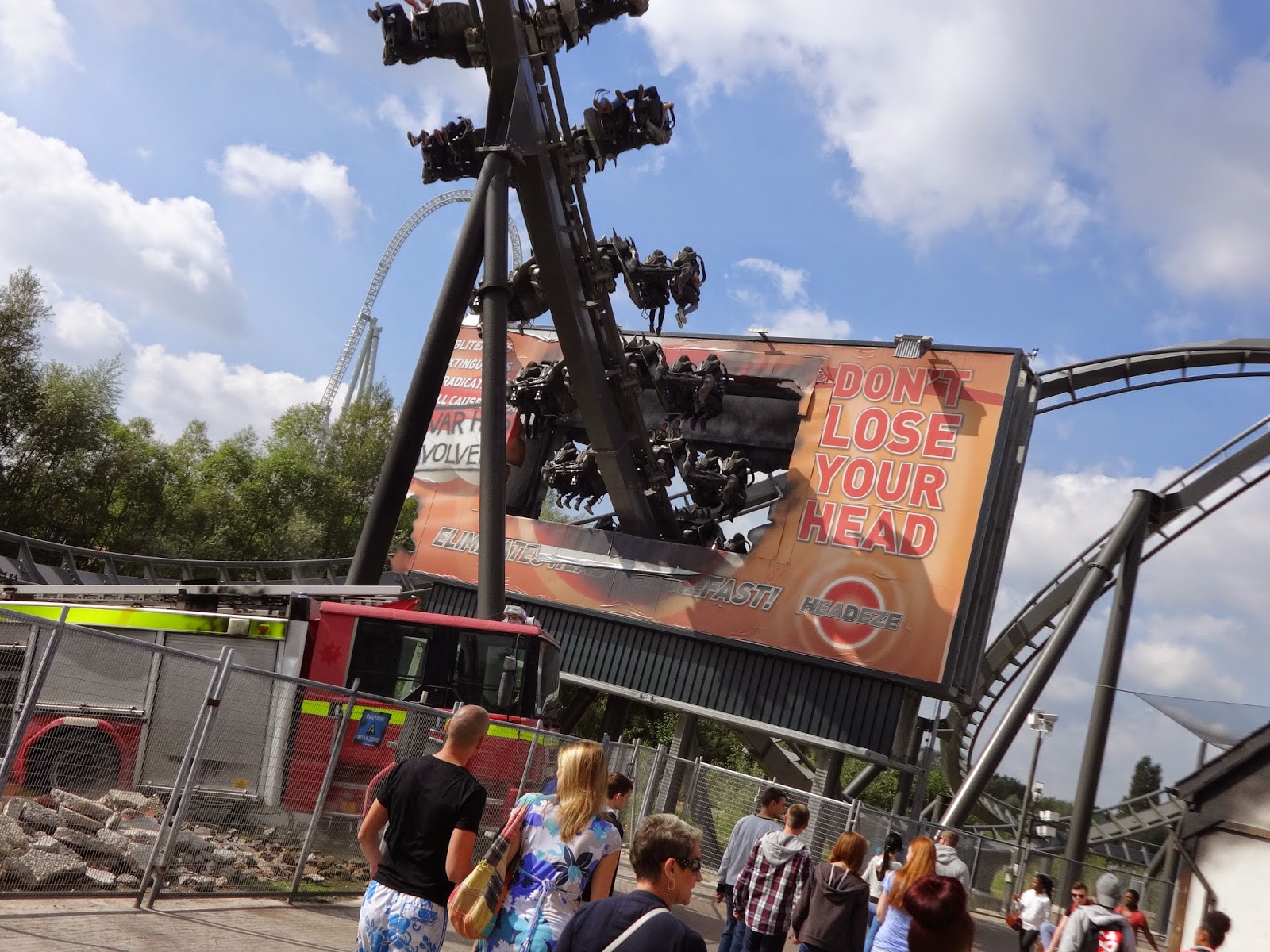 The Angry Birds 4D Experience and the Tetley Storm in a Teacup did not count amongst the thrill rides. 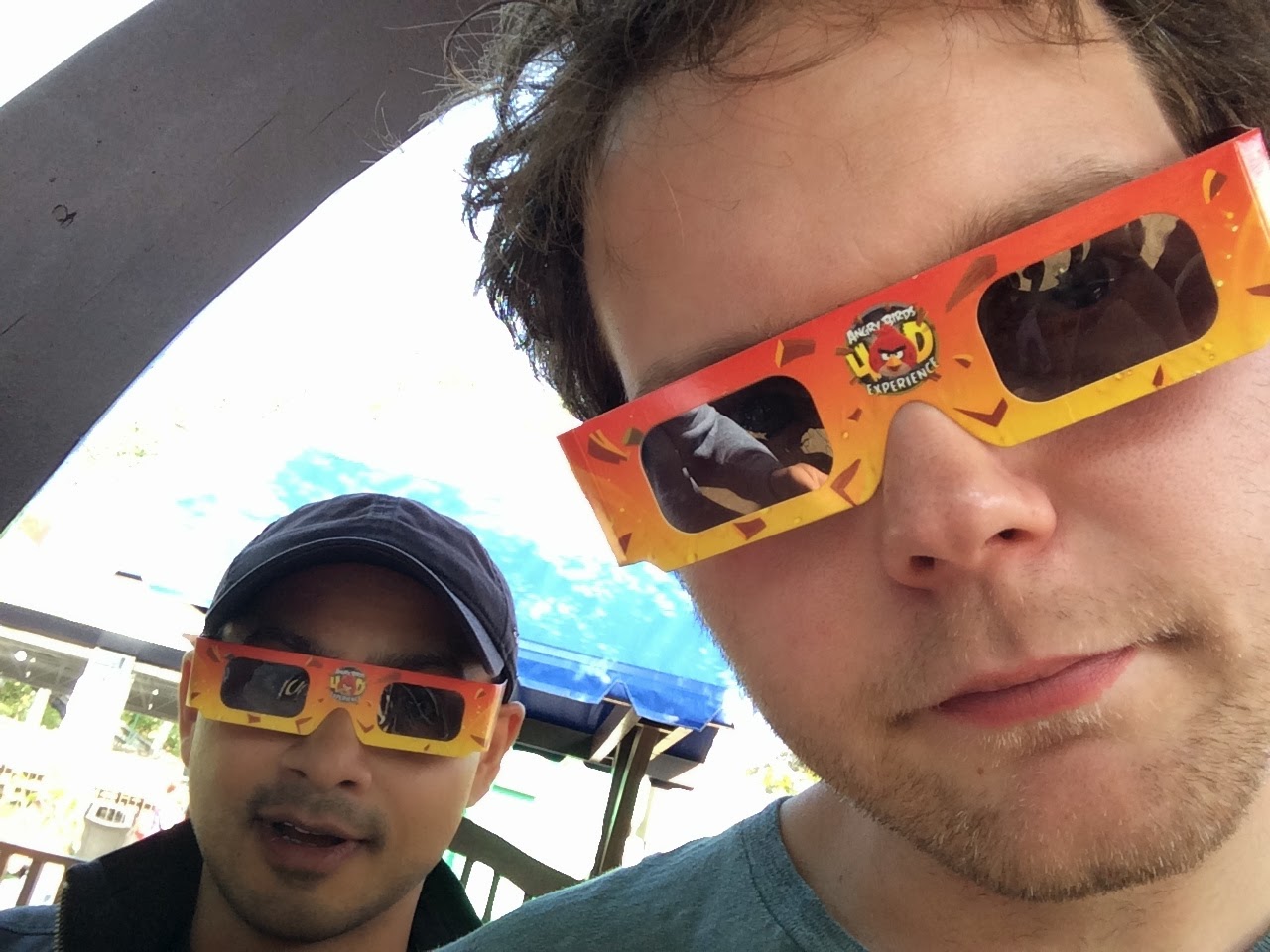 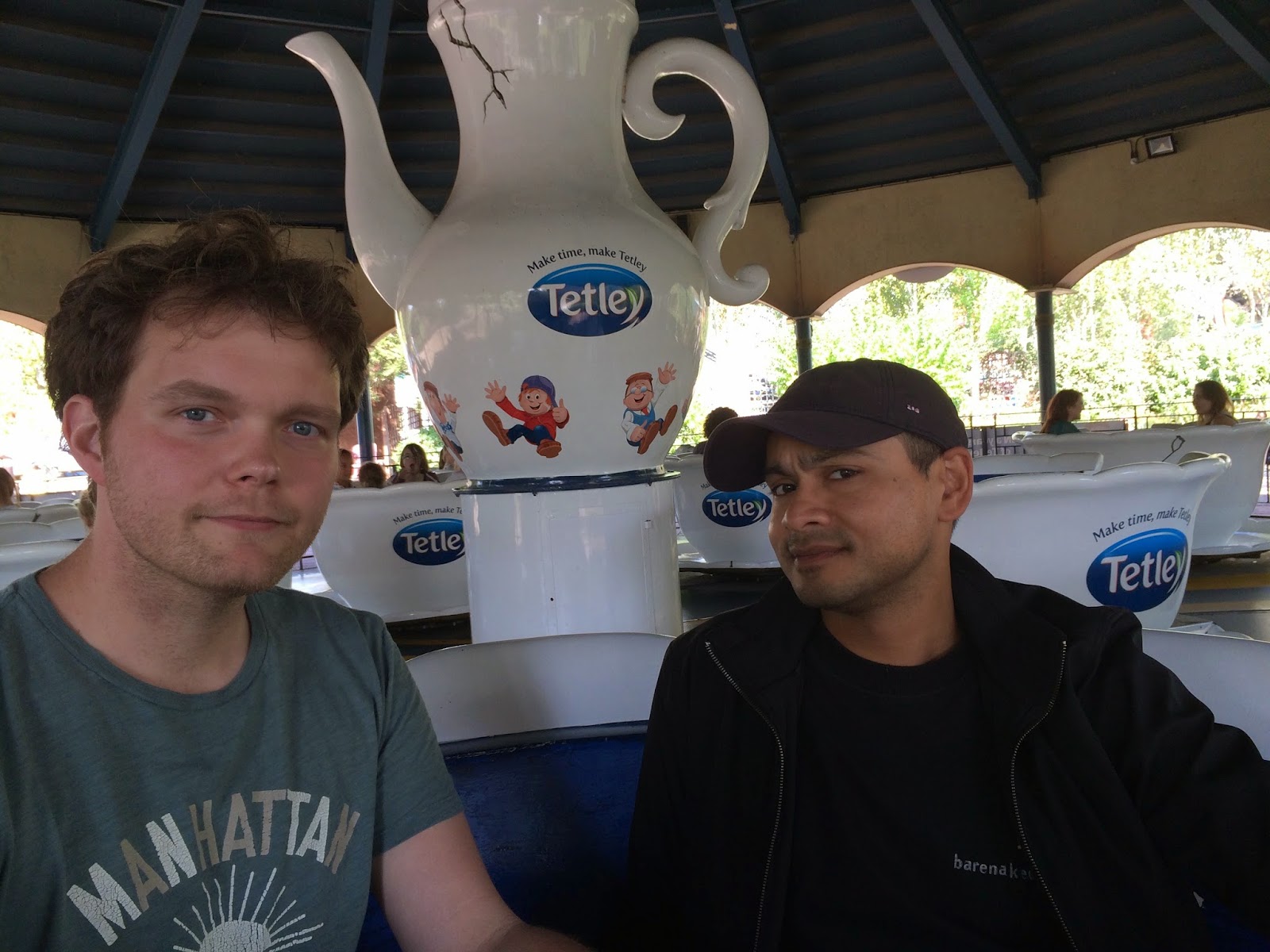 This was an amusing day for us (good outcome for a trip to an amusement park, don't you think?).  TJ and I always try to sneak in a trip to a park whenever possible, and since we met Anwarul during our last trip to Disney World, it seemed to be a fitting inclusion for this vacation.  Now, don't get it twisted; Thorpe Park is no Disney World...but it did have an all you an eat pizza buffet and a Dairy Queen, so...

If you had told me that I was going to fall in love with Stonehenge, I would have told you that I thought you were crazy.  I mean, sure, as far as Bucket List items go, it's pretty high up there (and I was SUPER bummed for having missed the chance to see it when visiting London in 2001)...but it always struck me as the kind of thing you would queue up for, look at for five seconds, snap a picture of, and then walk back to the parking lot or bus stop whence you came. 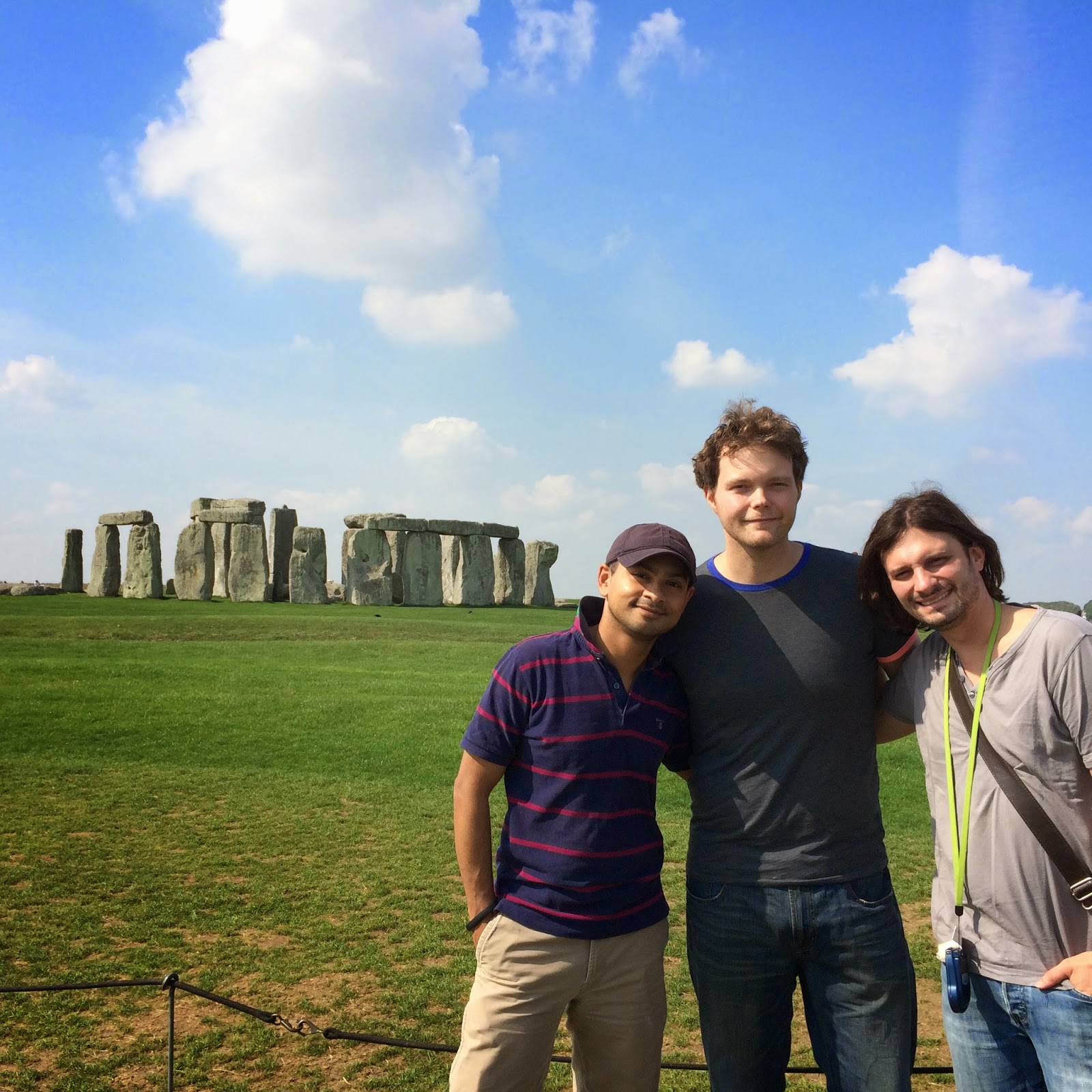 I was more than elated to find this was not to be the case.  The site and its surroundings, which were added to the list of UNESCO World Heritage Sites in 1986, feature a fairly expansive interactive indoor/outdoor museum space, a 360-degree time-lapse video showing Stonehenge through the ages, and models of Neolithic houses that would have been prominent at the time in which Stonehenge was built.  As for the ruins themselves, I don't know why I was surprised to find that I could walk all the way around them.  I mean, duh, right?  Have you ever seen a photo or video that looked like there was a fence or something that kept you on one side of it?  I sure haven't.  And yet, there I was.  Surprised.  At least it was a happy surprise.

Stonehenge, located two hours west of London in Wiltshire, is one of the most famous sites in the world.  The prehistoric monument consists of the remains of a ring of standing stones set within earthworks, an artificial mound made up of piles of earth, gravel, sand, rocks, or debris.  These stones were raised more than 4500 years ago by sophisticated prehistoric people and are aligned with the movements of the sun.

Archaeologists are still trying to determine just exactly what its purpose was, though evidence suggests that it could have been a burial ground as well as a site for memorial services. 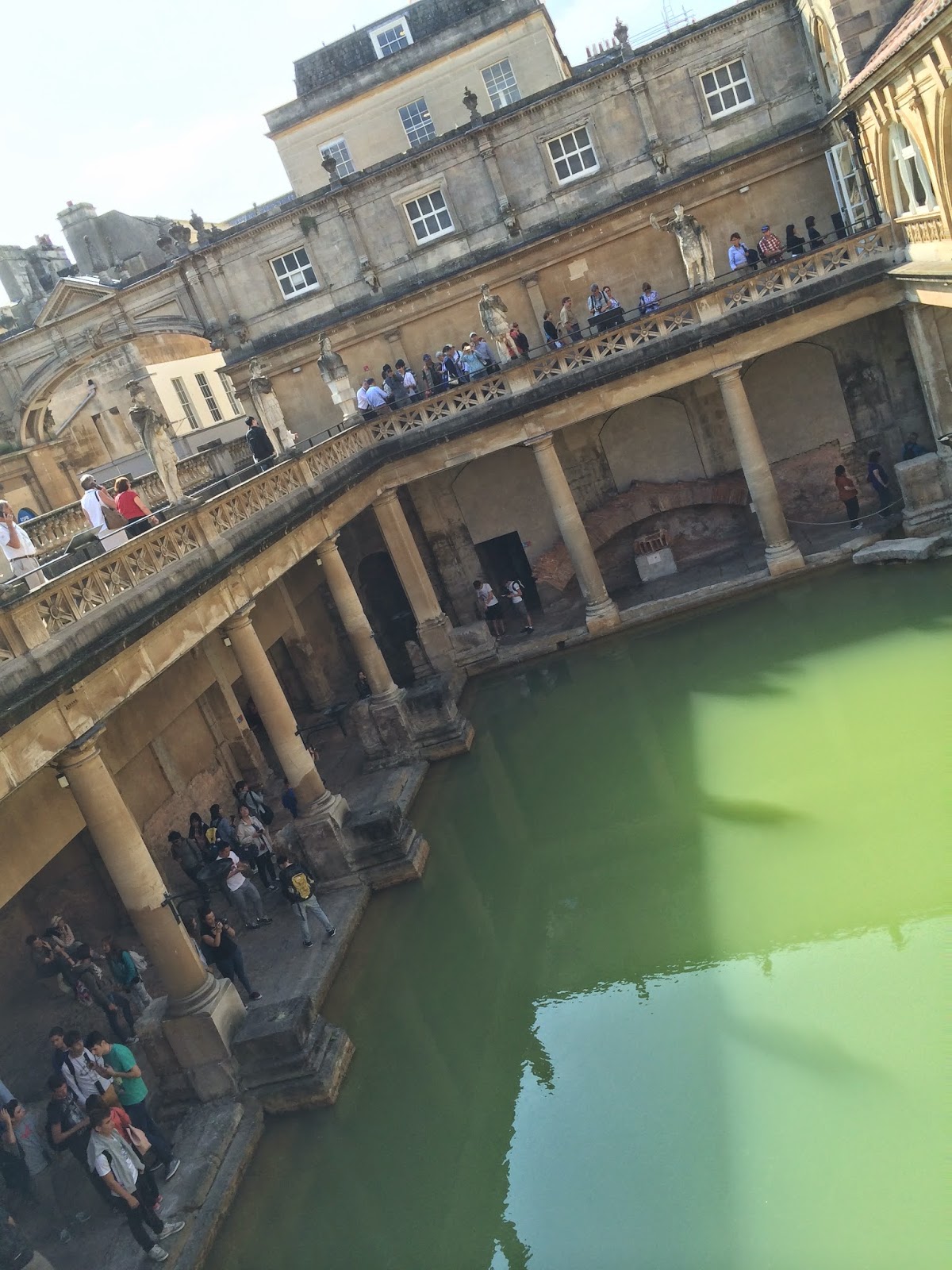 Moving on down the road, we found ourselves in Bath, 97 miles west of London.  Bath became a UNESCO World Heritage site in 1987 due in large part to the Roman spa which is its namesake (Though it was known as Aquae Sulis in 60 AD when the facilities were built).

The Roman Baths flourished between the first and fifth centuries AD.  The facility was built around the only natural hot spring located within the United Kingdom, with temperatures rising to 46ºC/115°F.  The remains are remarkably complete and among the finest in Europe. 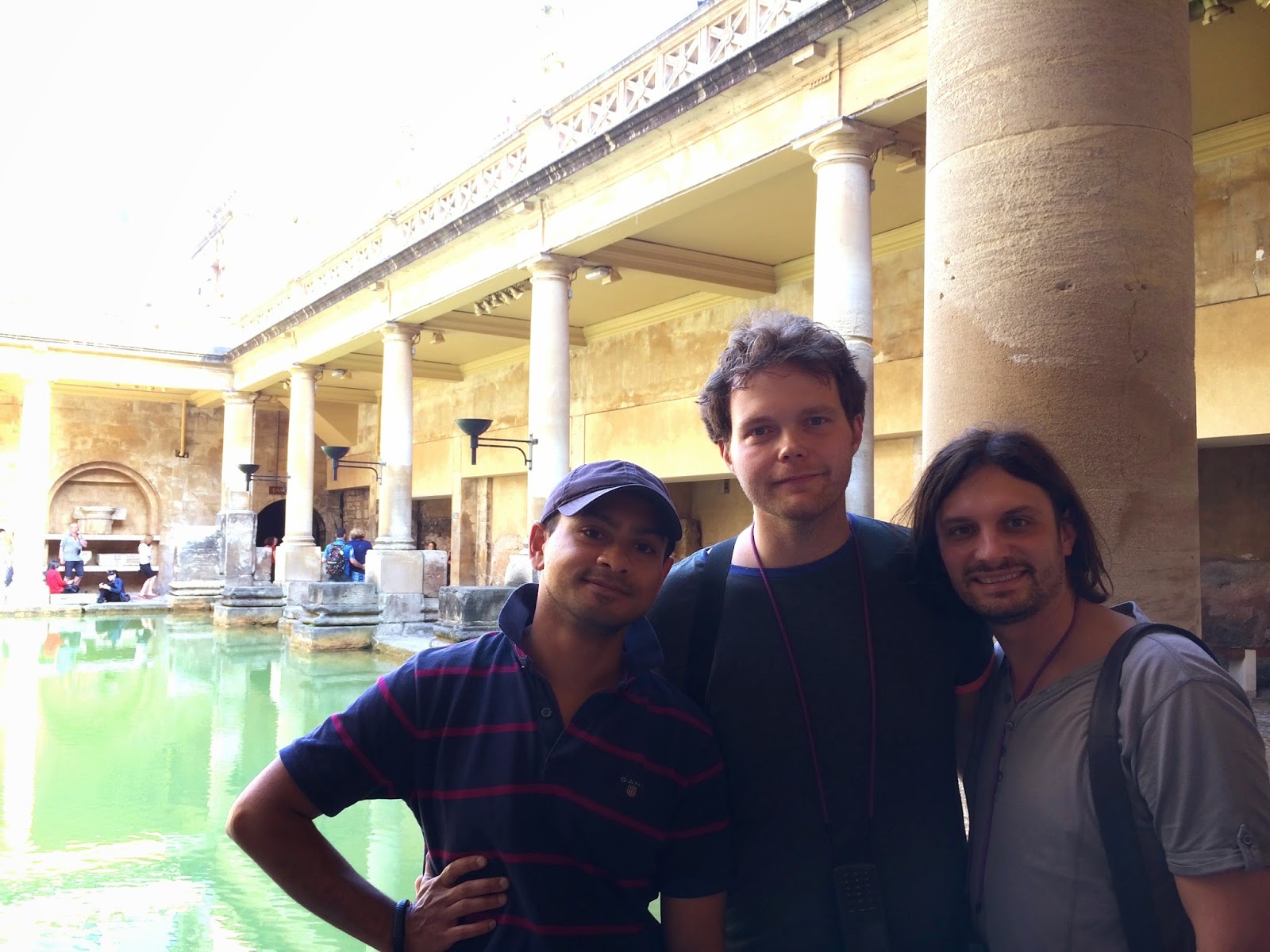 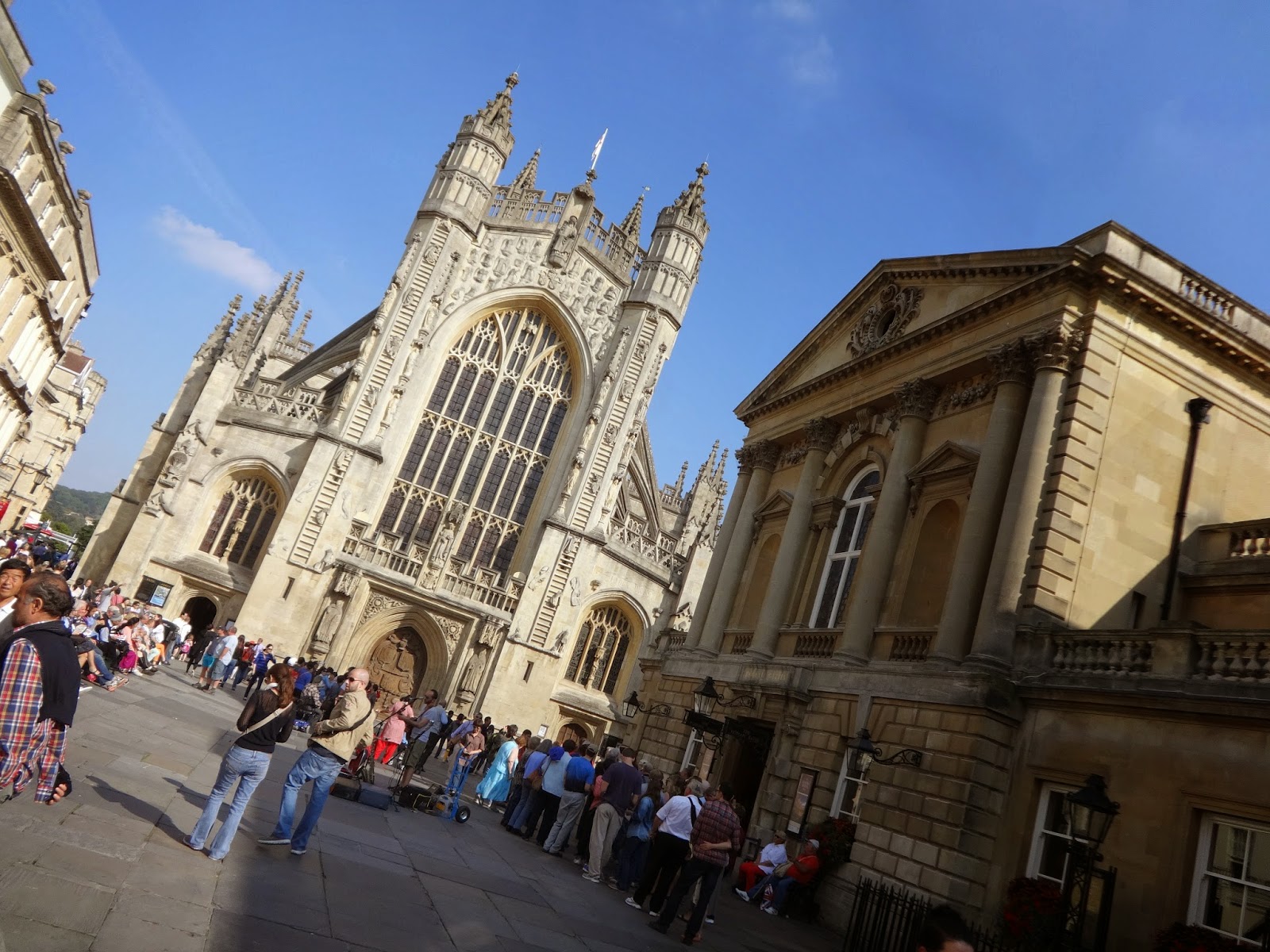 Next door is the beautiful Bath Abbey with its 56 panel stained glass window depicting scenes in the life of Jesus Christ.  The Abbey has been a place of Christian worship for over a thousand years, though it has undergone many transformations and changed during that time.  Beginning life as an Anglo-Saxon monastery, it transitioned into a Norman cathedral before becoming the Abbey we see today.  King Edgar, the first King of all England, was crowned on this site in 973, beginning a long history of royal coronations here. 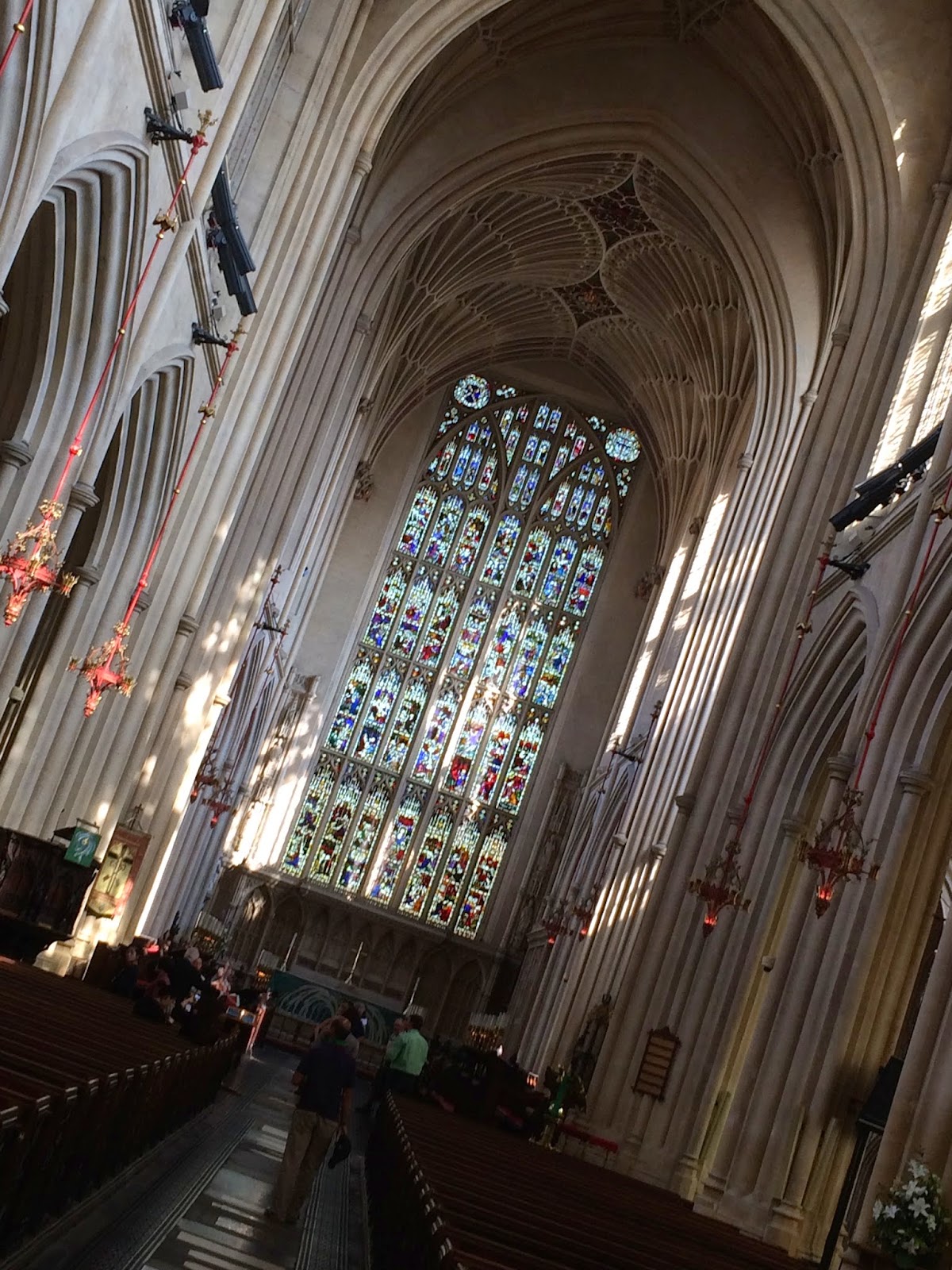 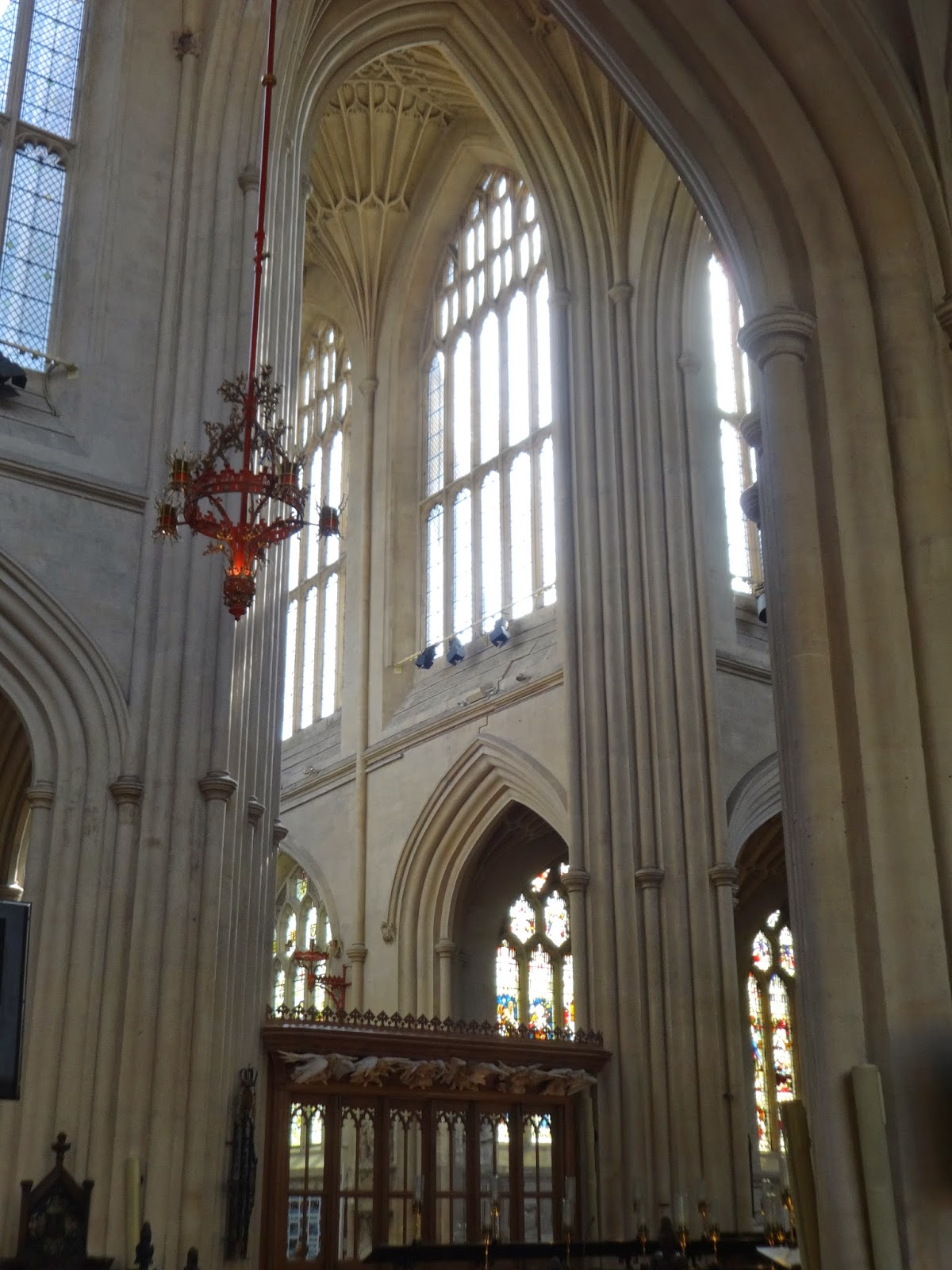 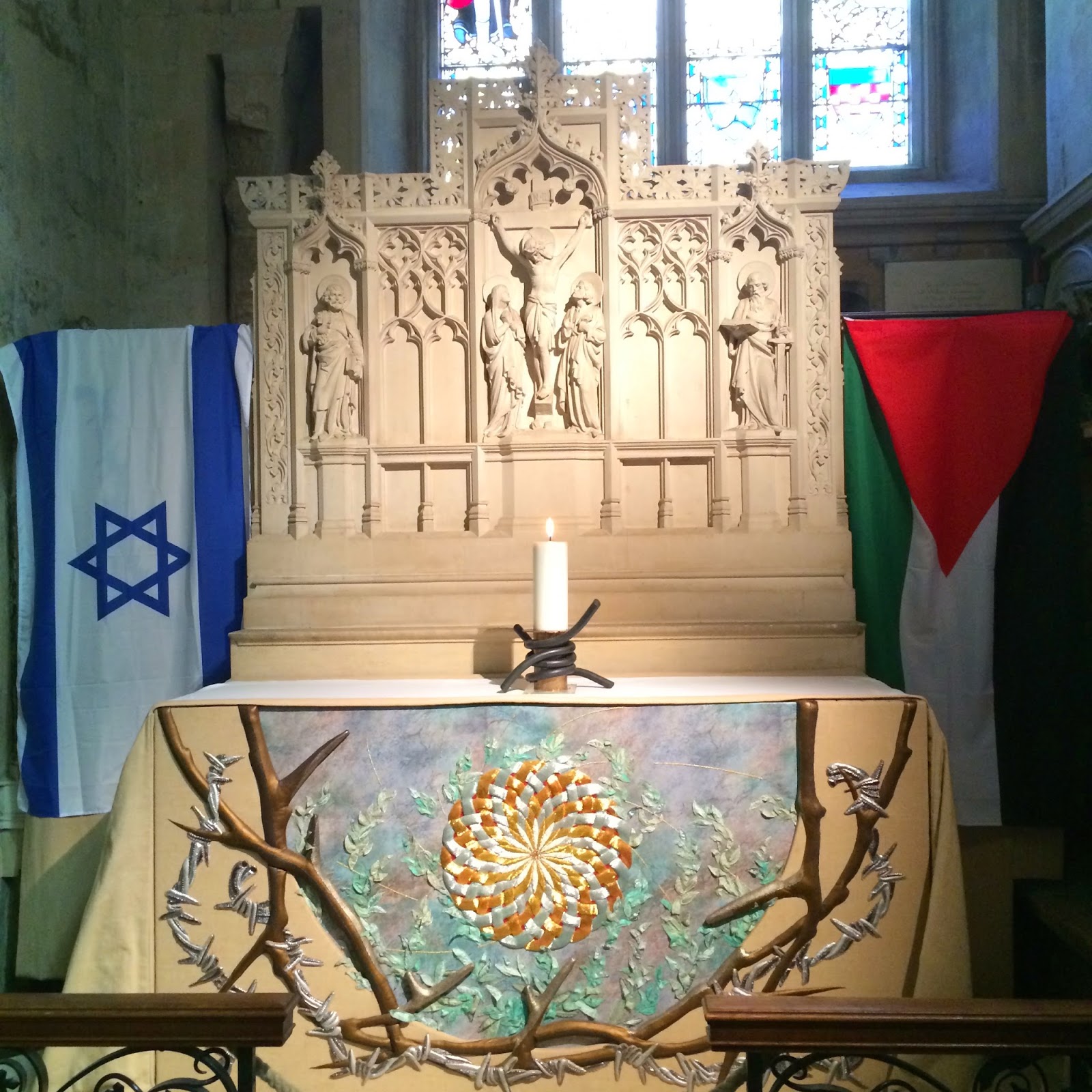 The most moving sight from our travels was found within the walls of the Abbey:  A prayer and shrine for peace between Gaza and Israel.  To say this touched us emotionally, given our closeness to the conflict, was an understatement.  The prayer follows.

Lord God of compassion, whose will is for peace built on righteousness, we pray for peace in Gaza and Israel:
for an end to hostilities, for comfort and help for all who suffer, and for reconciliation between Palestine and Israel, through Jesus Christ, the Prince of Peace.
Amen

After feeding our souls, it was time to take care of our stomachs.  Number One on the complimentary "26 Things to Do in Bath...and Beyond" brochure and map was a meal at a place called Sally Lunn's Historic Eating House and Museum.  This probably means that Sally's descendants advertise heavily with the tourism board, but whatever.  The food was delicious...if not strict with the regulations on how to eat it.  Sally offers a variety of dishes that incorporate her famous buns, one of which you will typically receive open faced and quartered.  You do NOT get to select top or bottom half, though if you wish to dine with a friend, they say your odds are increased of getting one of each.  O...kay. 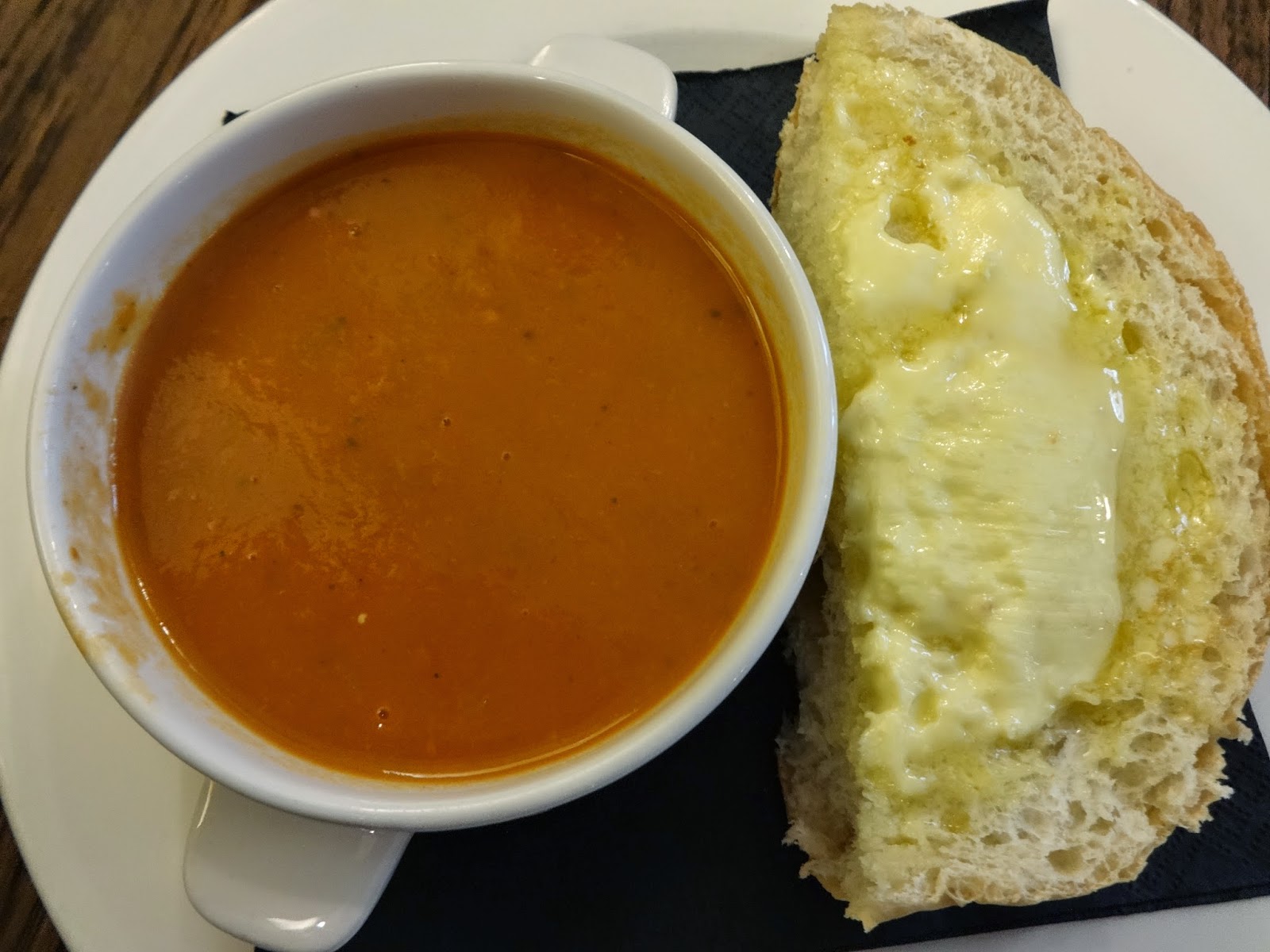 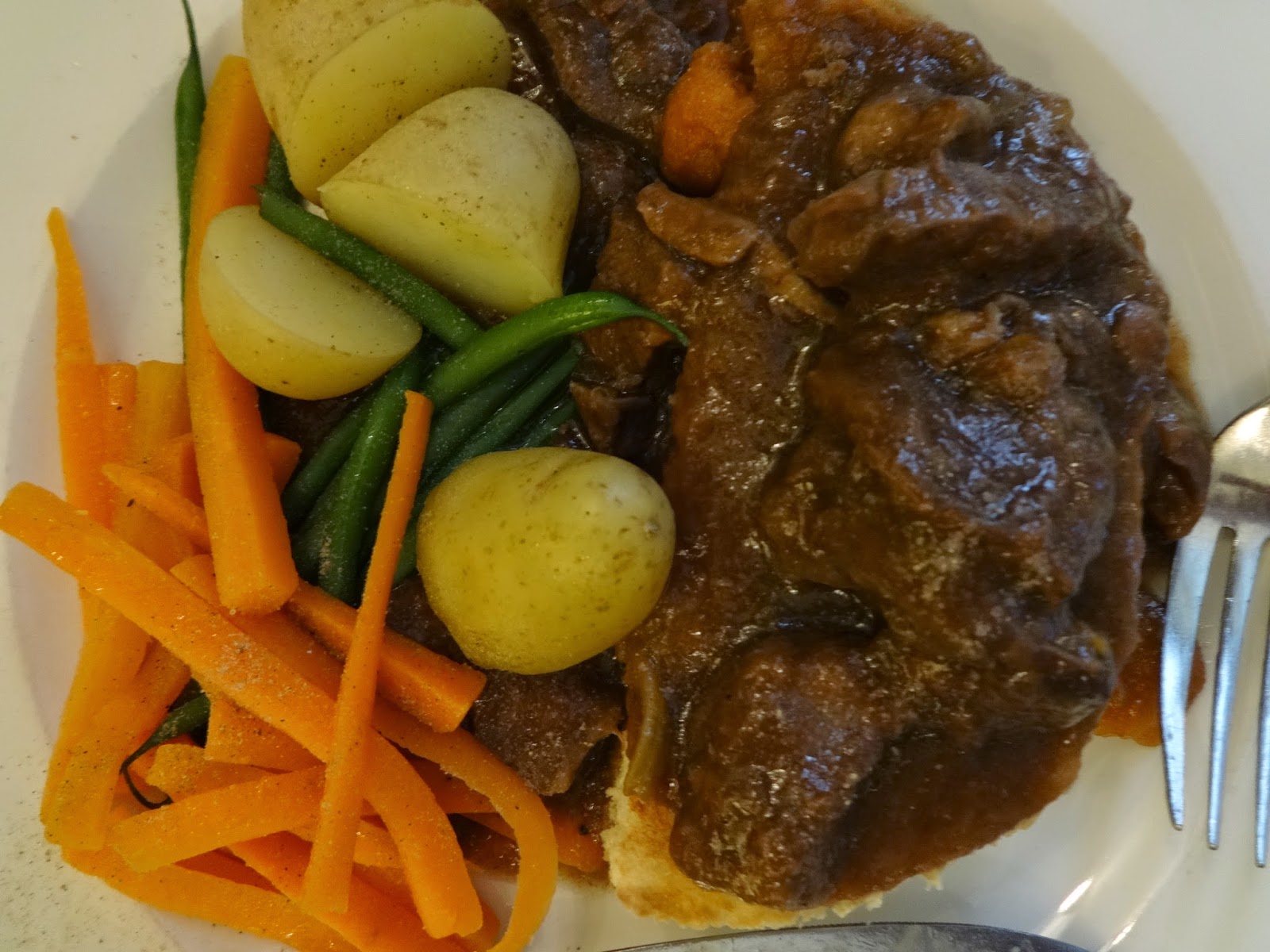 I think she's crazy.  But girlfriend can cook.

September 10, 2014
Home to the 11th Duke and Duchess of Marlborough, Blenheim Palace is a UNESCO World Heritage Site (1987) and is famous for being the birthplace of Sir Winston Churchill.

With its gorgeous construction, gardens, and museum space, Blenheim kind of puts to shame a certain Palace found in London some 62 miles to the southeast.  Sorry, your Majesty. 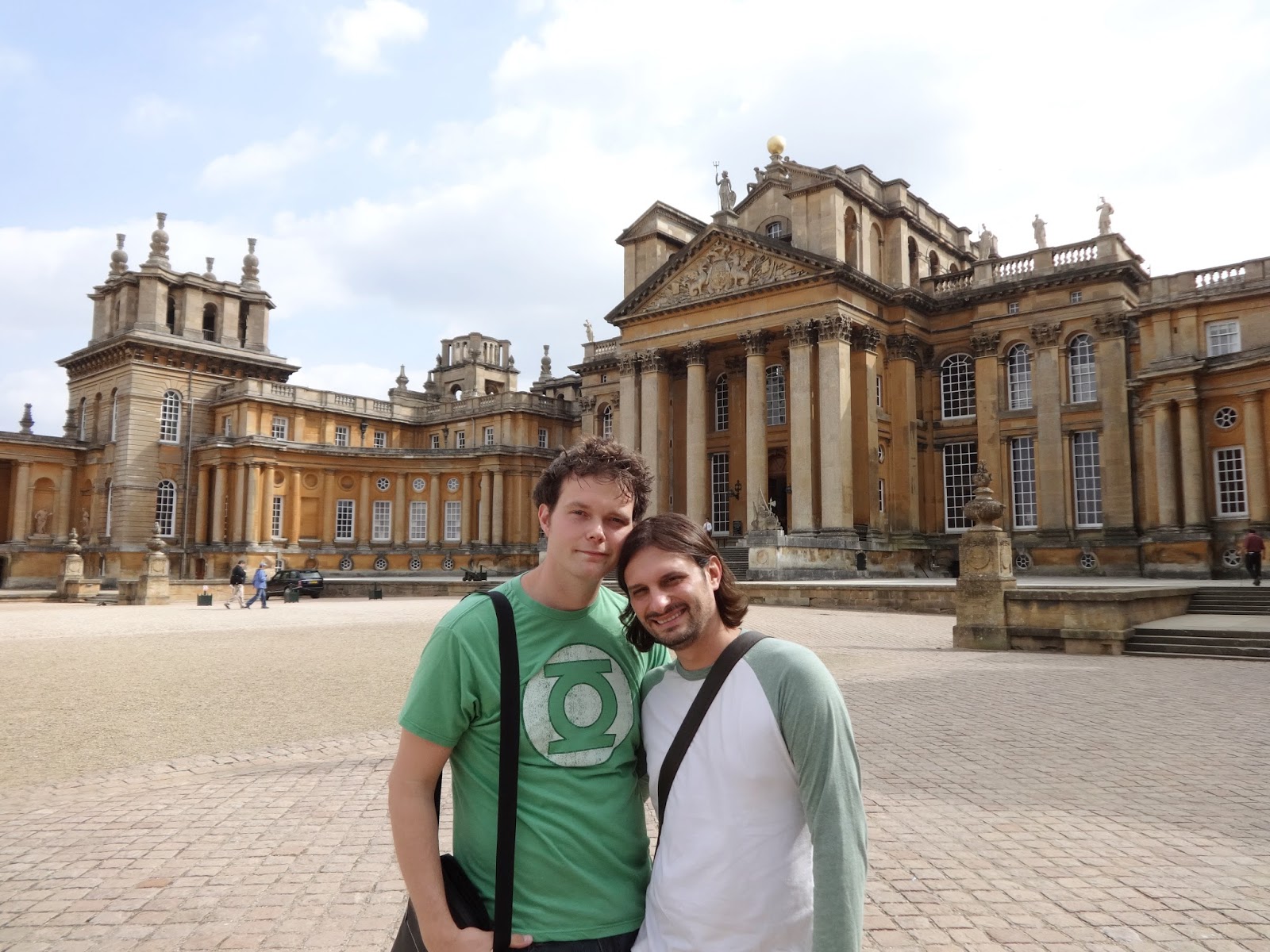 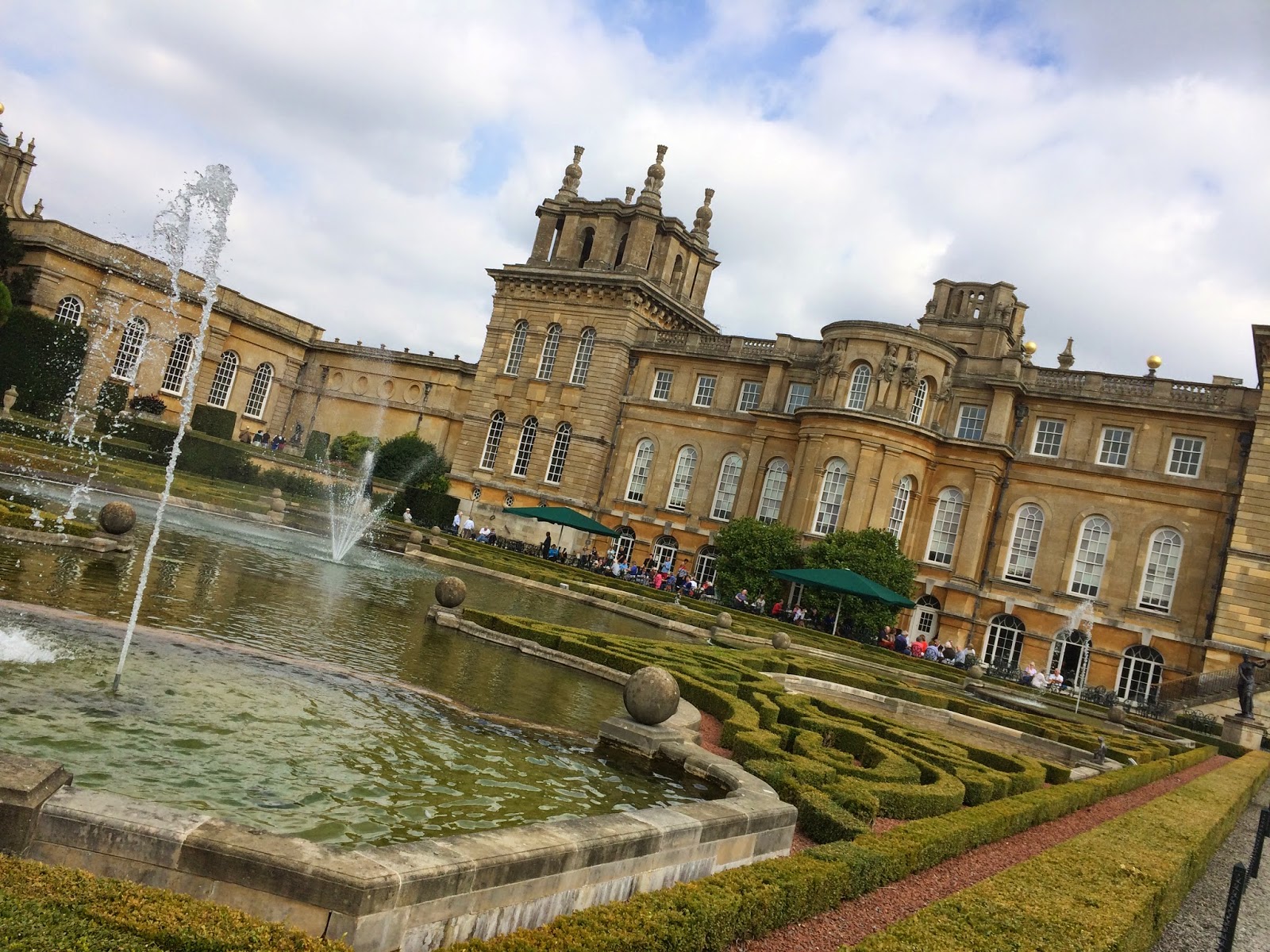 Possibly the most exciting aspect of the palace was found within the Pleasure Gardens (mind out of the gutter, perverts), in which we discovered the Marlborough Maze.  We couldn't believe it!  Our very first hedge maze!  And we OWNED it.  Woo! 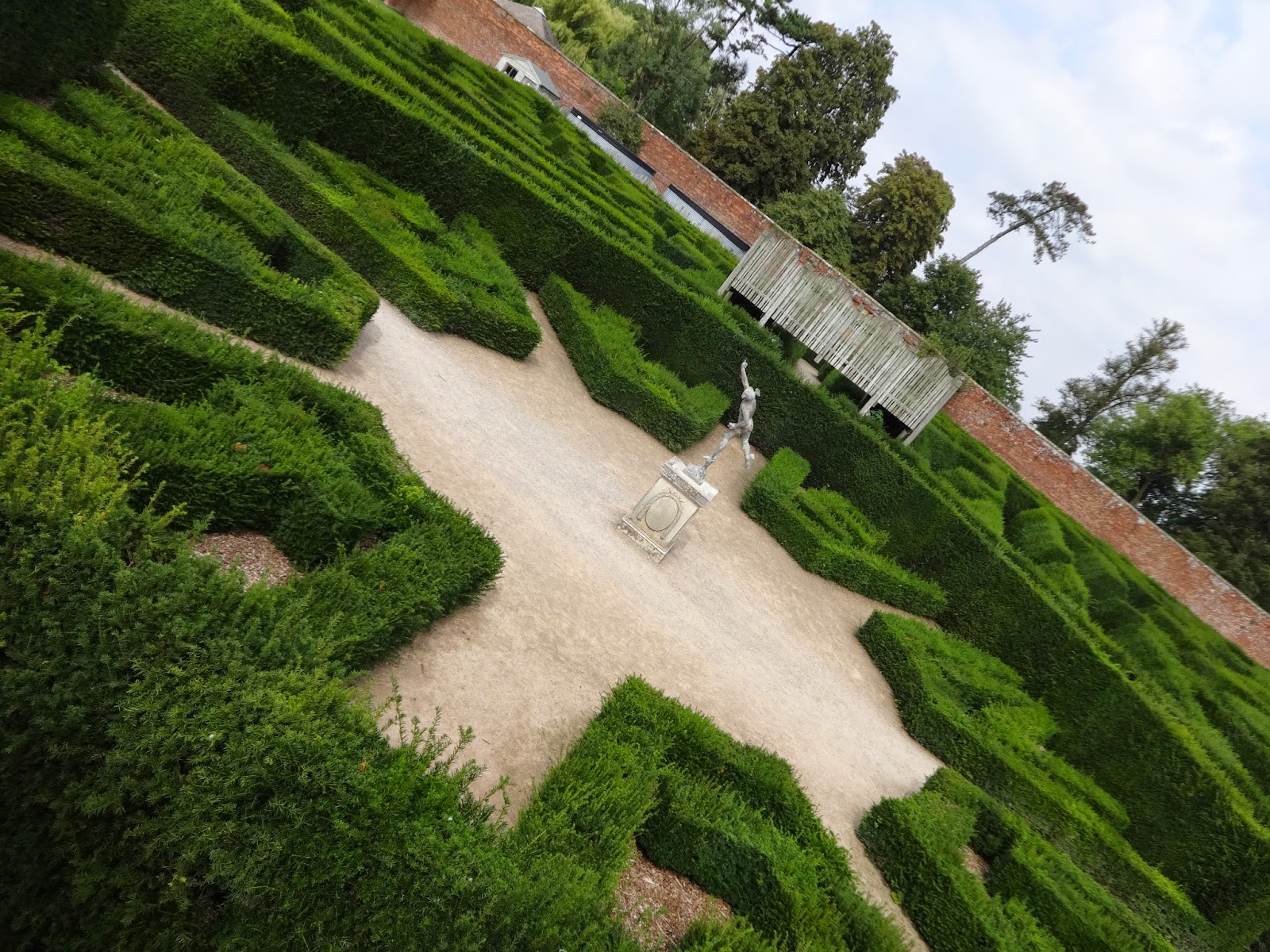 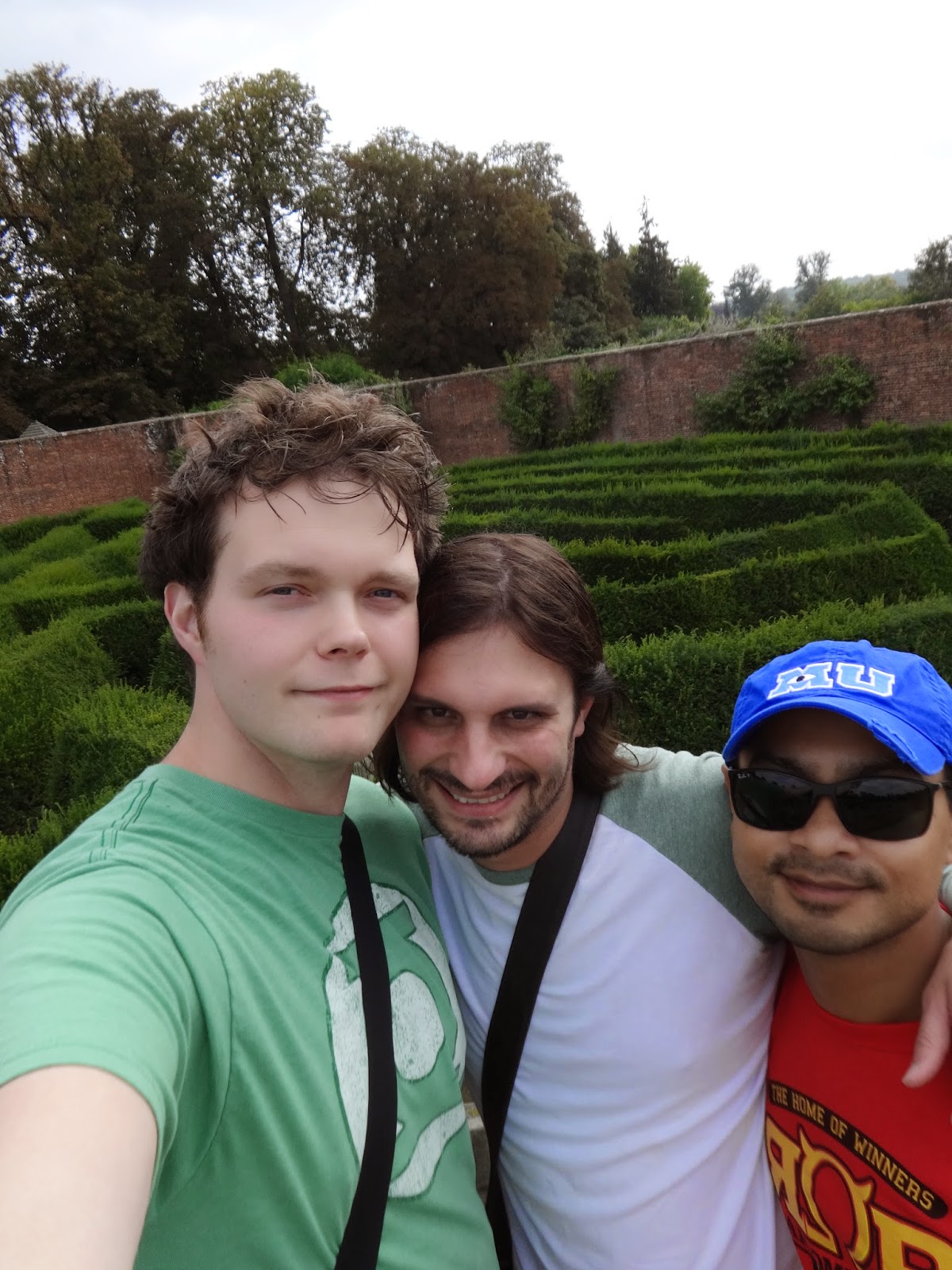 Oxford was the last stop of the day.  It was fairly brief.  Poor Anwarul had wanted to show us around the University grounds, but a lot was closed off to tourists and I wasn't about to enroll so late into the term.  Plus, we were rapidly losing energy as we entered the homestretch of this vacation.  We still managed to see a few things, though: 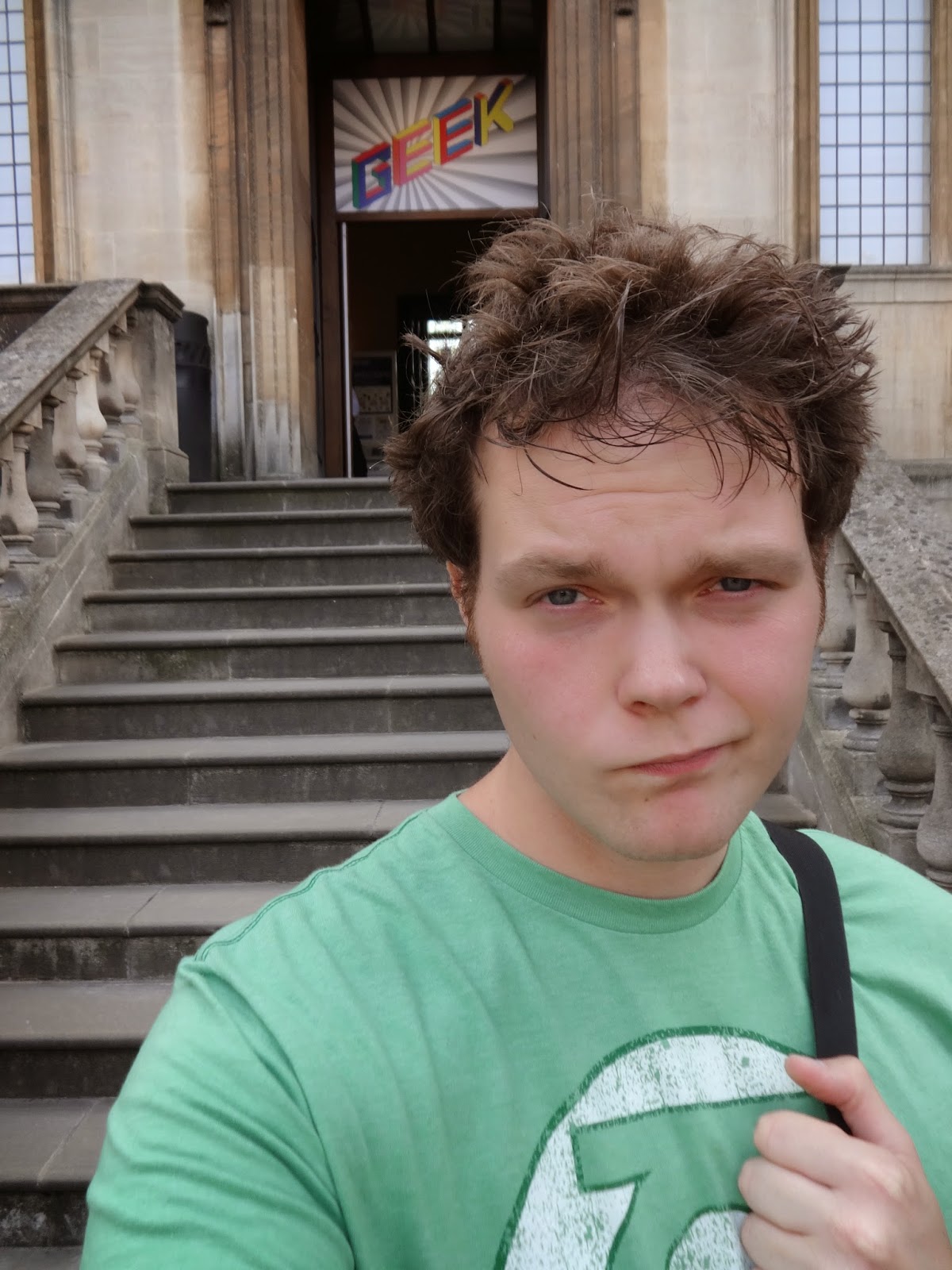 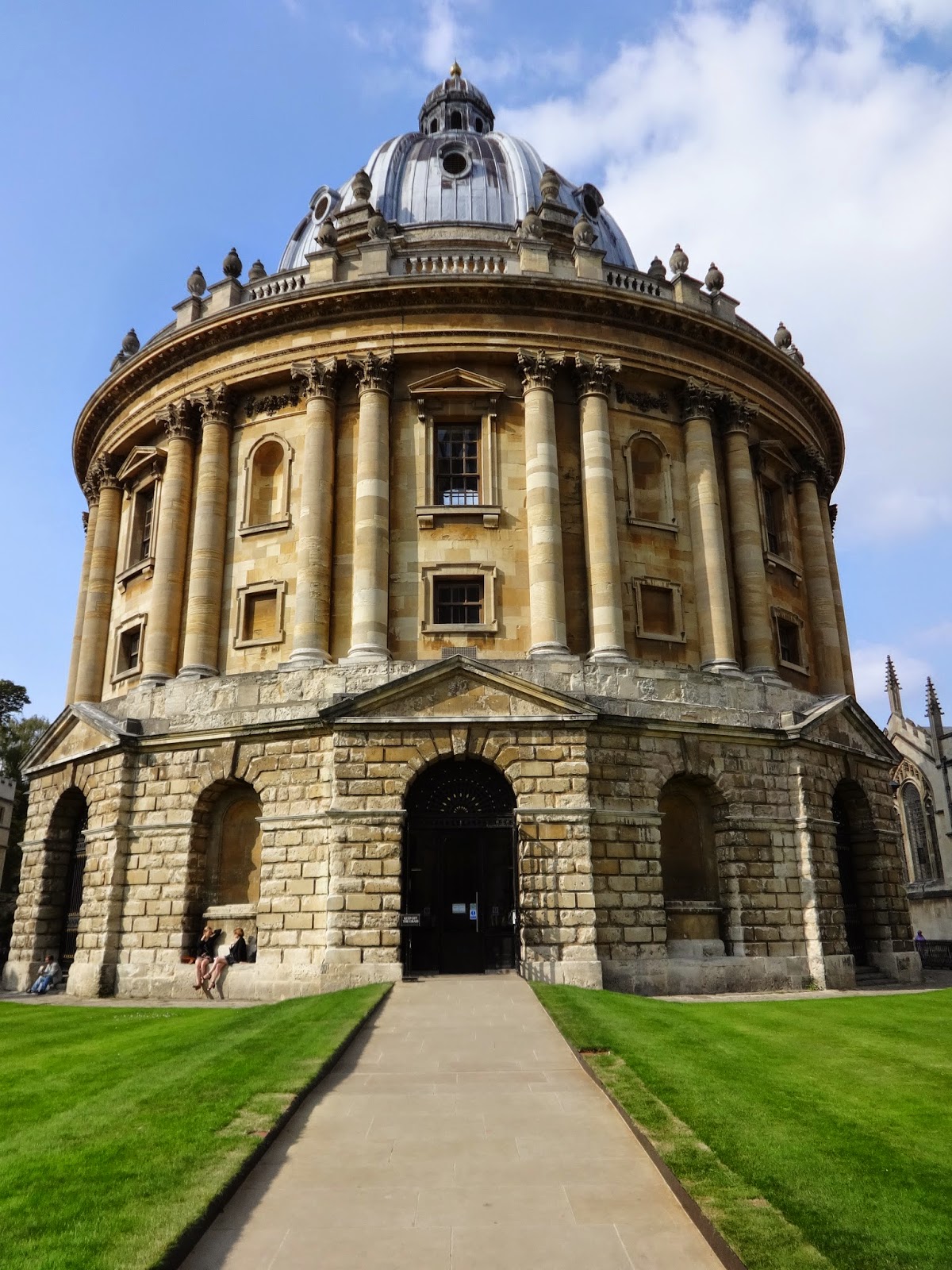 L: Museum of the History of Science;  R: Radcliffe Square 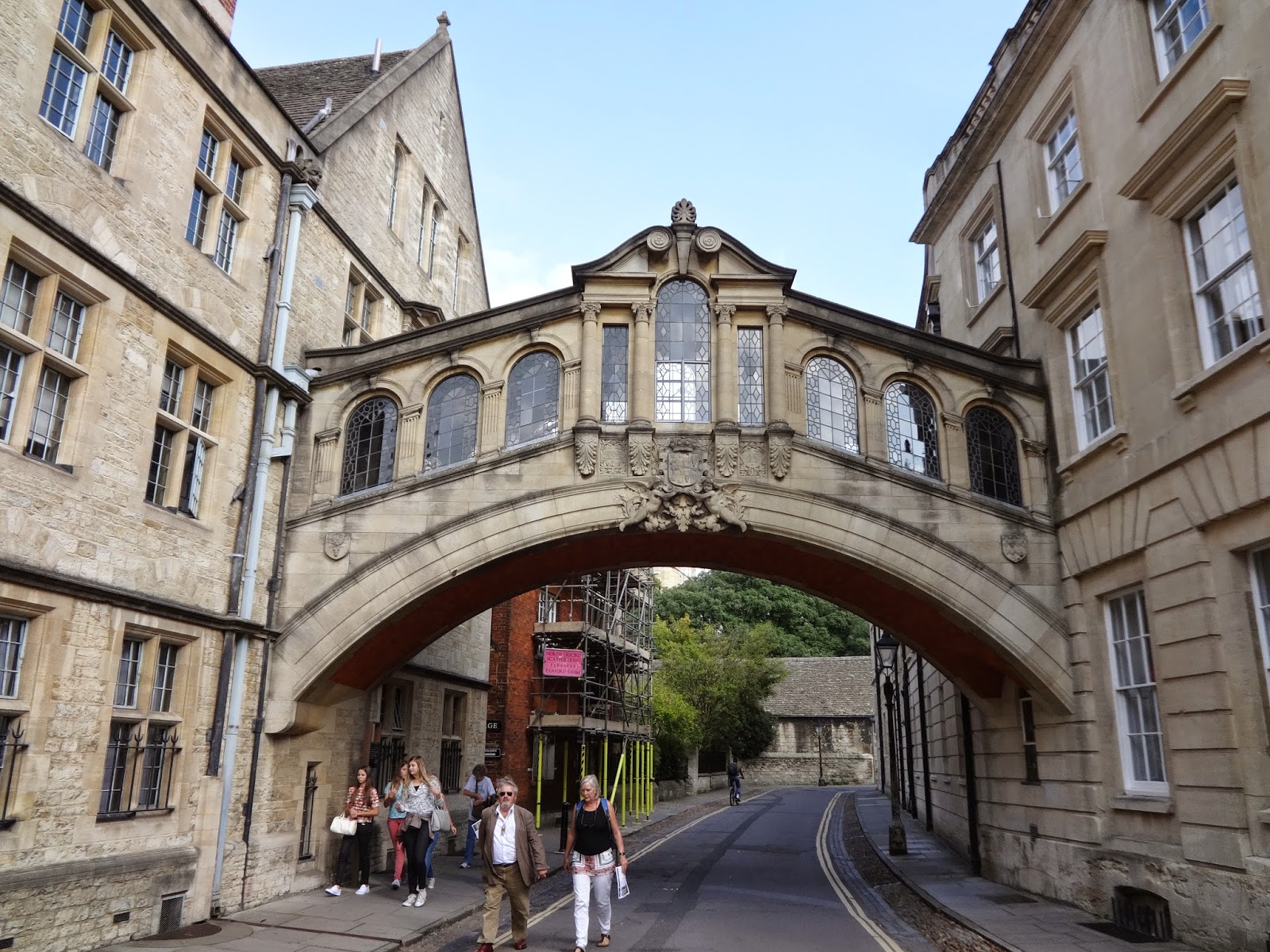 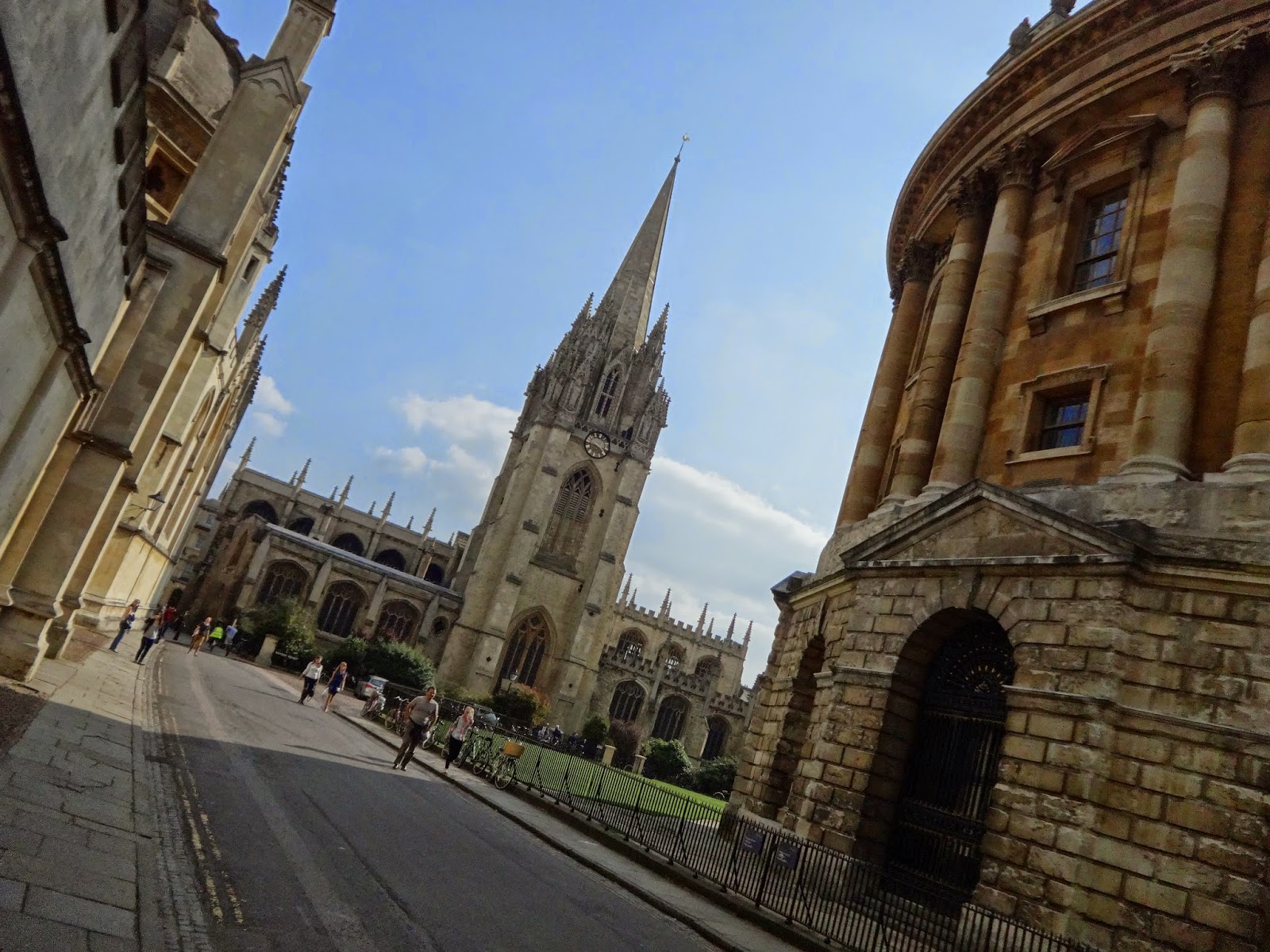 L:  Hertford Bridge, aka "The Bridge of Sighs";
R:  The University Church of St. Mary the Virgin

Manchester was our final stop on the England leg of this journey.  I'm sorry to say it was only to go to Starbucks and the Hard Rock Cafe as we passed through on our way to Edinburgh.  BUT!  We did see a lovely shopping plaza as well as a nightclub called "the birdcage."  Reason enough to go back, one supposes. 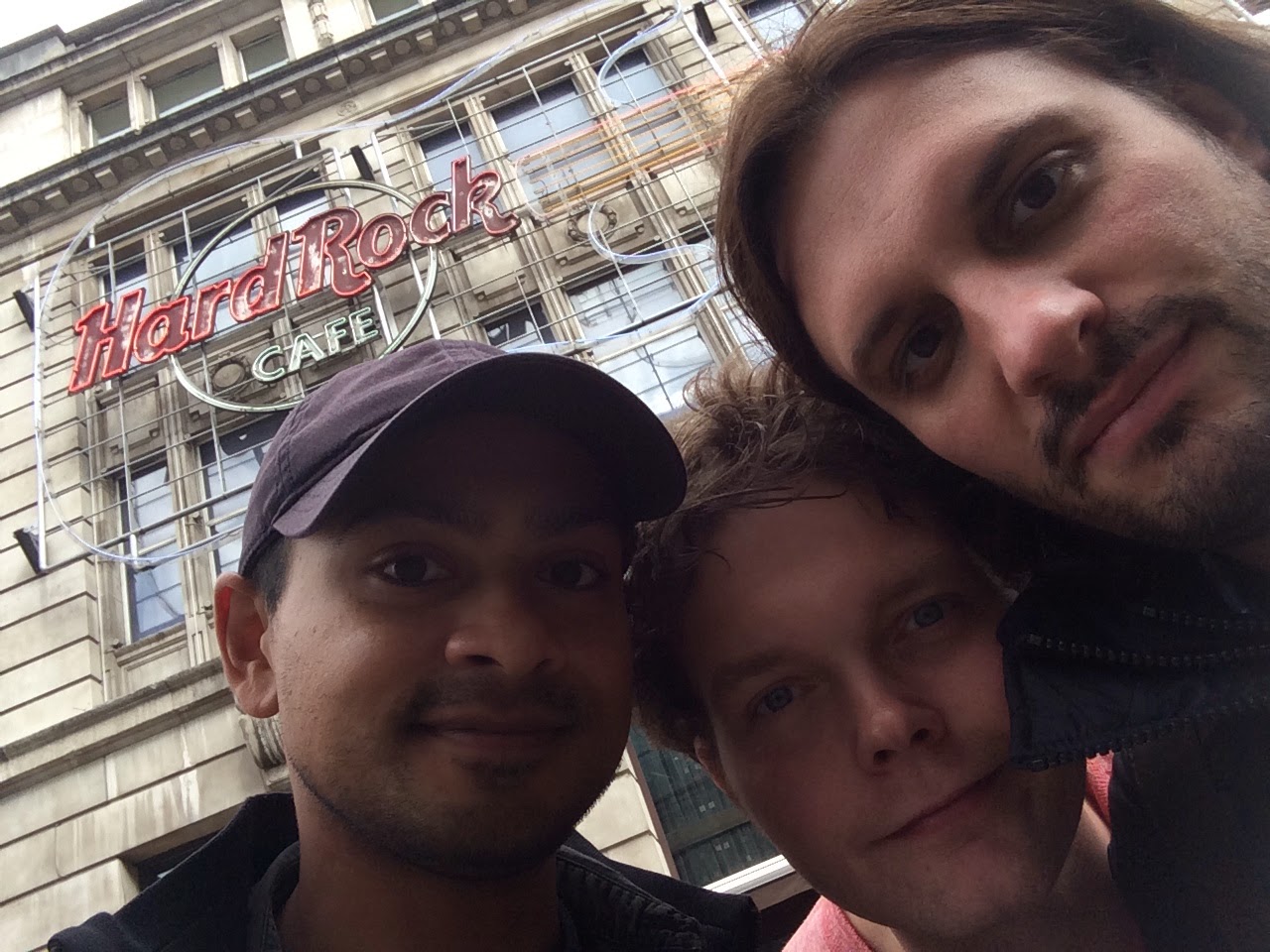 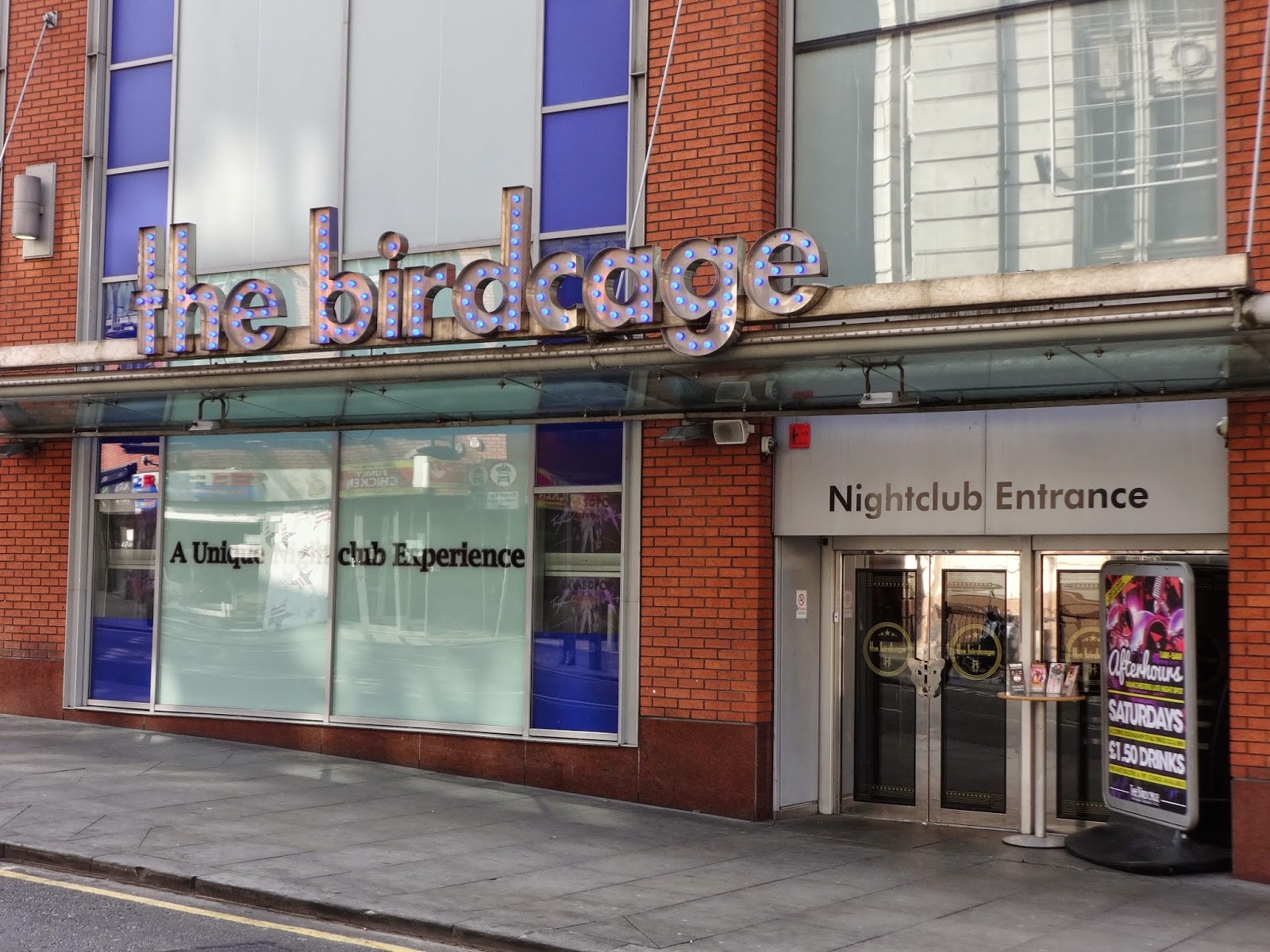 Next time we will wrap up this vacation with a brief trip to Scotland.  Hang in there, folks!
Posted by Aaron at 8:13 AM