Today marks the eighth anniversary of the day TJ and I looked at each other, decided we probably couldn't do much better without a lot of effort (and who needs that hassle?), and settled down together.

We met shortly after my mid-May 2003 arrival in Orlando. I had just completed my BBA at Texas A&M and was having one of those "Anywhere But Here" moments. I fled the state of Texas as quickly and quietly as possible and headed for the only other place I had ever known (thanks to a 2002 internship at Disney).

I arrived on the scene with a whole lot of no's: No Job. No Savings. No Friends. No Clue.

Then I met TJ. He started out as a wonderful friend that helped me find my first full-time, post-college job. He soon became a wonderful boyfriend that gave me my first (and, I'll brazenly assume, last) serious adult relationship.

Almost seven years later, as we were leaving Orlando to move to DC and begin this crazy Foreign Service adventure, my life looked completely different. I had a good job, modest saving, great friends, and, if not "A" clue, then I had at least managed to purchase the board game somewhere along the way.

And now, a year after that? We live in Mexico. Freakin' Mexico! And we love it. Who in the world would have thought something like this would ever happen?

Thanks, babe. I can't wait to see what happens next. 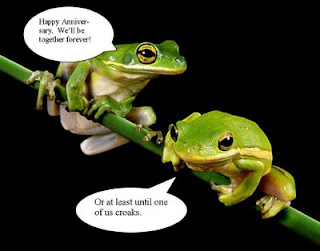