The Honeymooners, Day Fourteen: Pompeii, Napoli, and a Much-Coveted Pizza

After two days at sea, we arrived at our final stop of the cruise:  Napoli.  As we had done in Katakolon and Athens, we immediately hoped aboard a tour bus, this time headed for Pompeii. 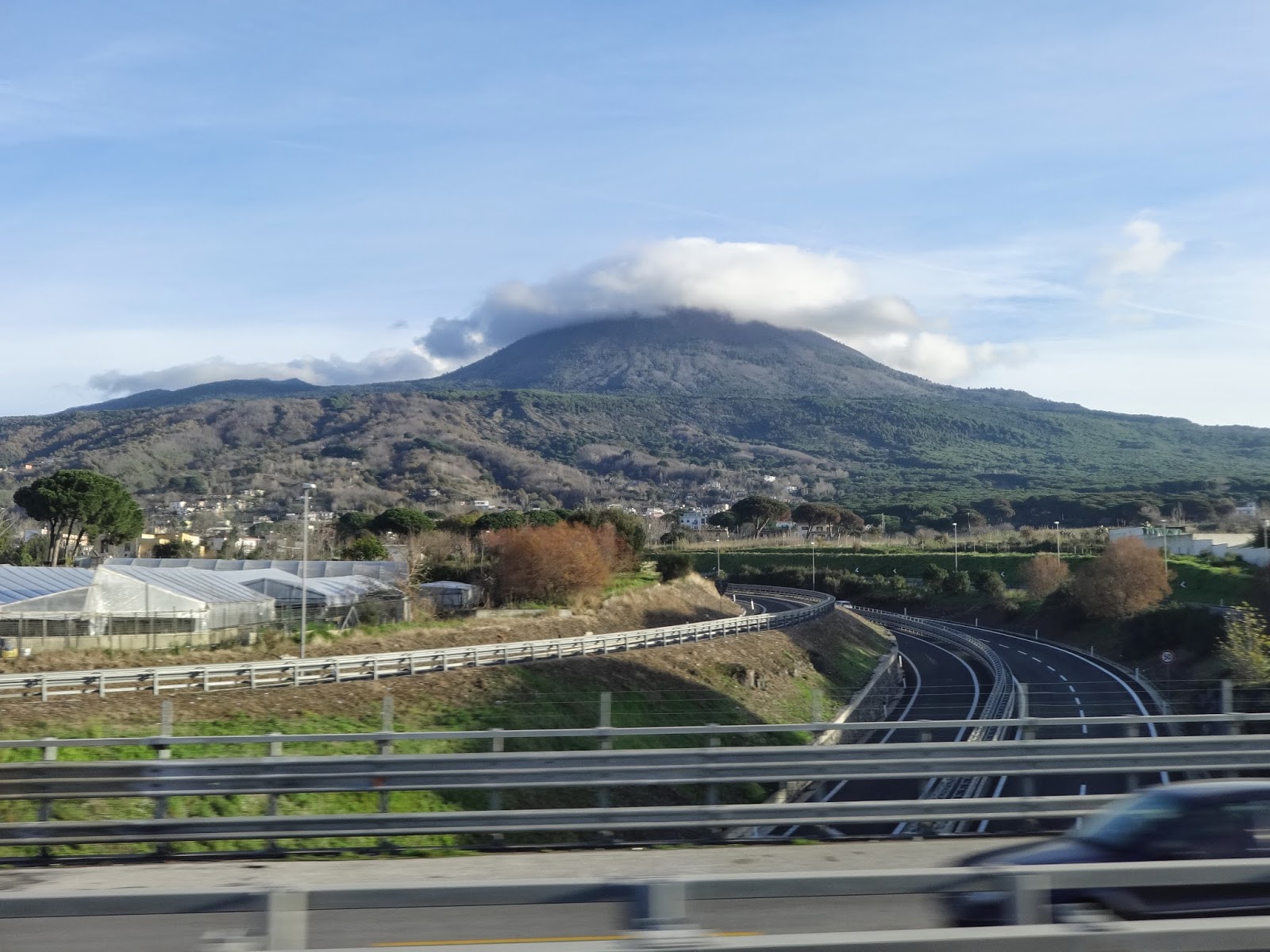 English speakers).  The city and its inhabitants were completely destroyed when Mount Vesuvius (left) raged on August 24th, in the year 79 AD.  Buried under several meters of ash, Pompeii simply ceased to be.  Thousands died instantly.  Science originally speculated that the primary cause of death was suffocation, but more recent evidence suggest that heat was probable culprit.  A 2010 volcanological and bio-anthropological study of the eruption shows that exposure to hot surges reaching temperatures of 250 °C (482 °F) or higher from the center of the eruption were sufficient to cause instantaneous death, even at a distance of 10km.  Nearby Herculaneum suffered a similar fate.

Completely covered in ash, both cities were abandoned and ultimately forgotten…until 1738 when the digging of foundations for the king's summer palace led to the rediscovery of Herculaneum.  Pompeii would be located 10 years later and both towns have since been excavated to reveal numerous intact buildings and murals.

Pompeii has been a popular tourist destination ever since, attracting over 2.6 million visitors per year.  It is part of the Vesuvius National Park and was inscribed onto the  list of UNESCO World Heritage Site in 1997.

The thing that is fascinating about Pompeii is just how well preserved it is when compared to Olympia and Athens.  Whereas the latter were consumed by fire and war, the former was overtaken by a volcano.  That sounds pretty devastating to me but I guess mother nature works in mysterious ways. 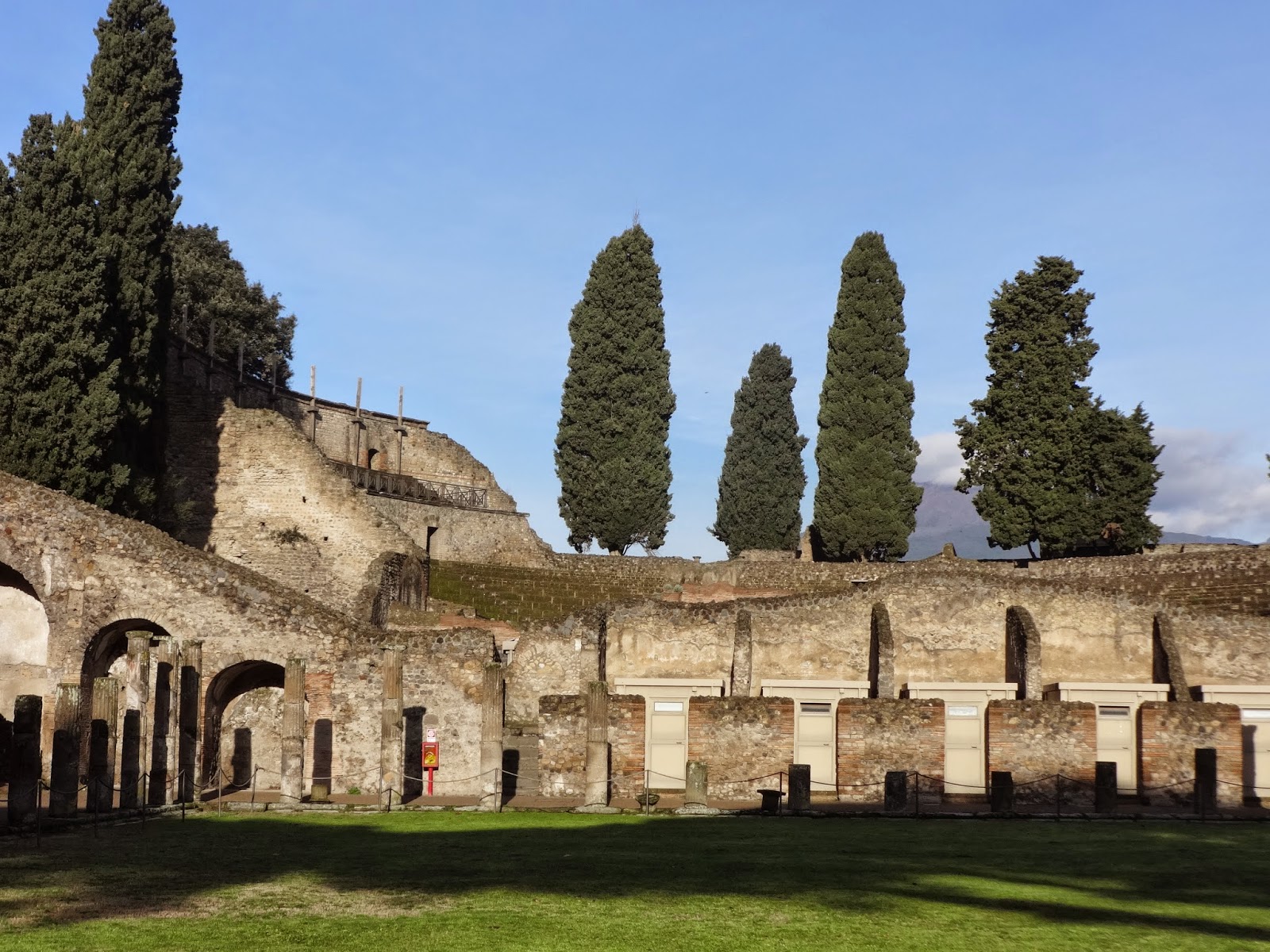 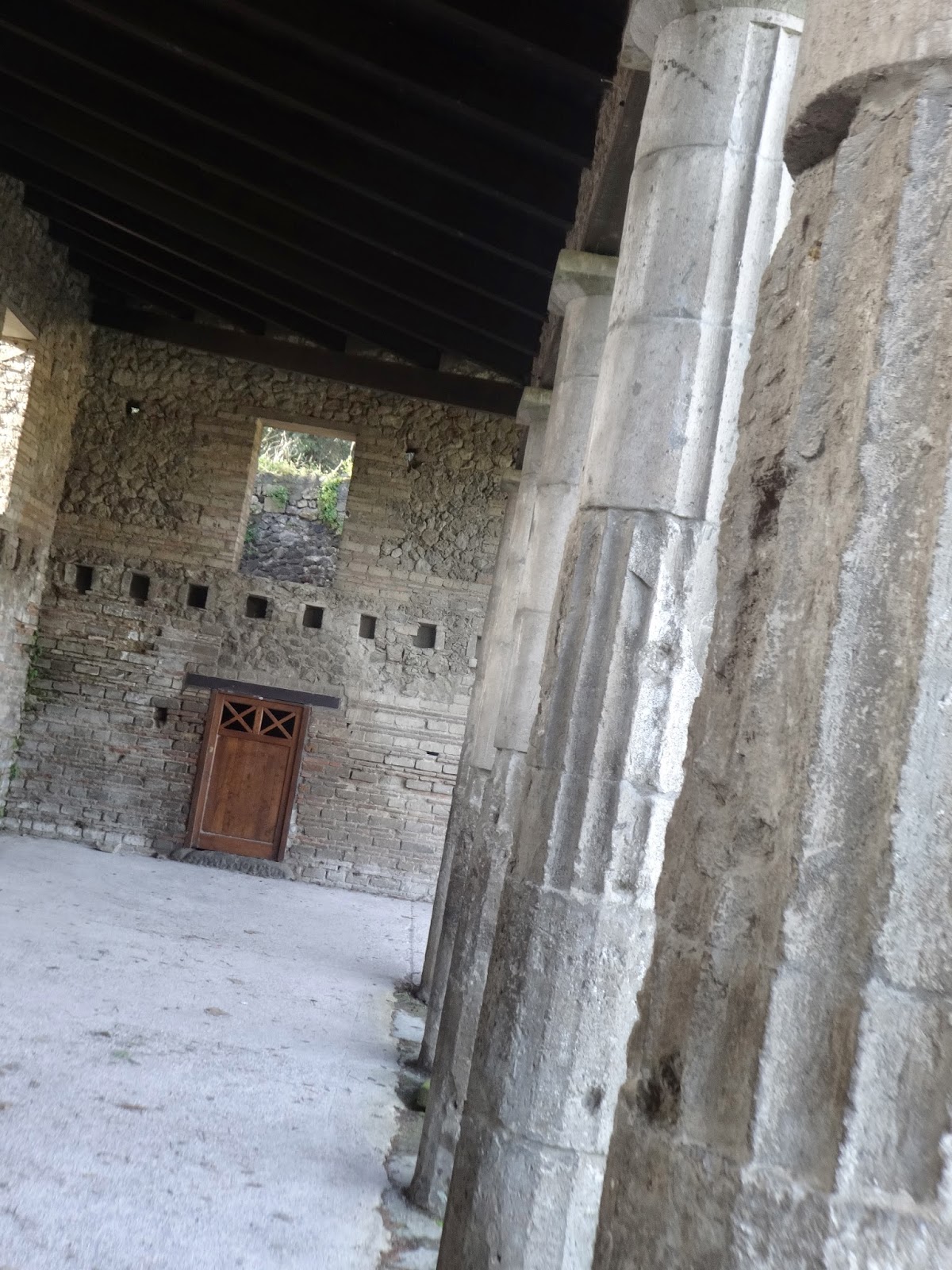 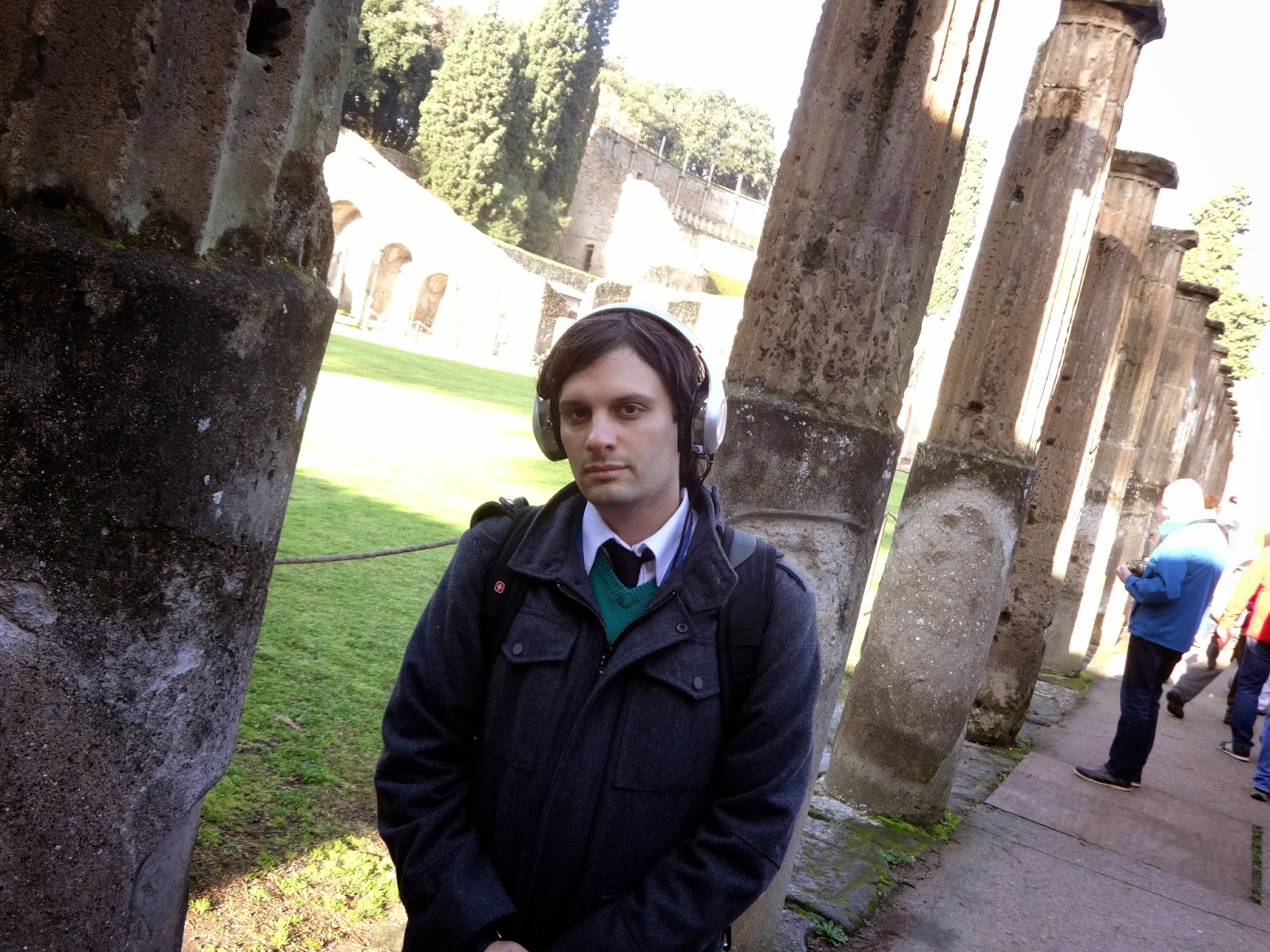 The Great Theater, where comedies and tragedies were held. 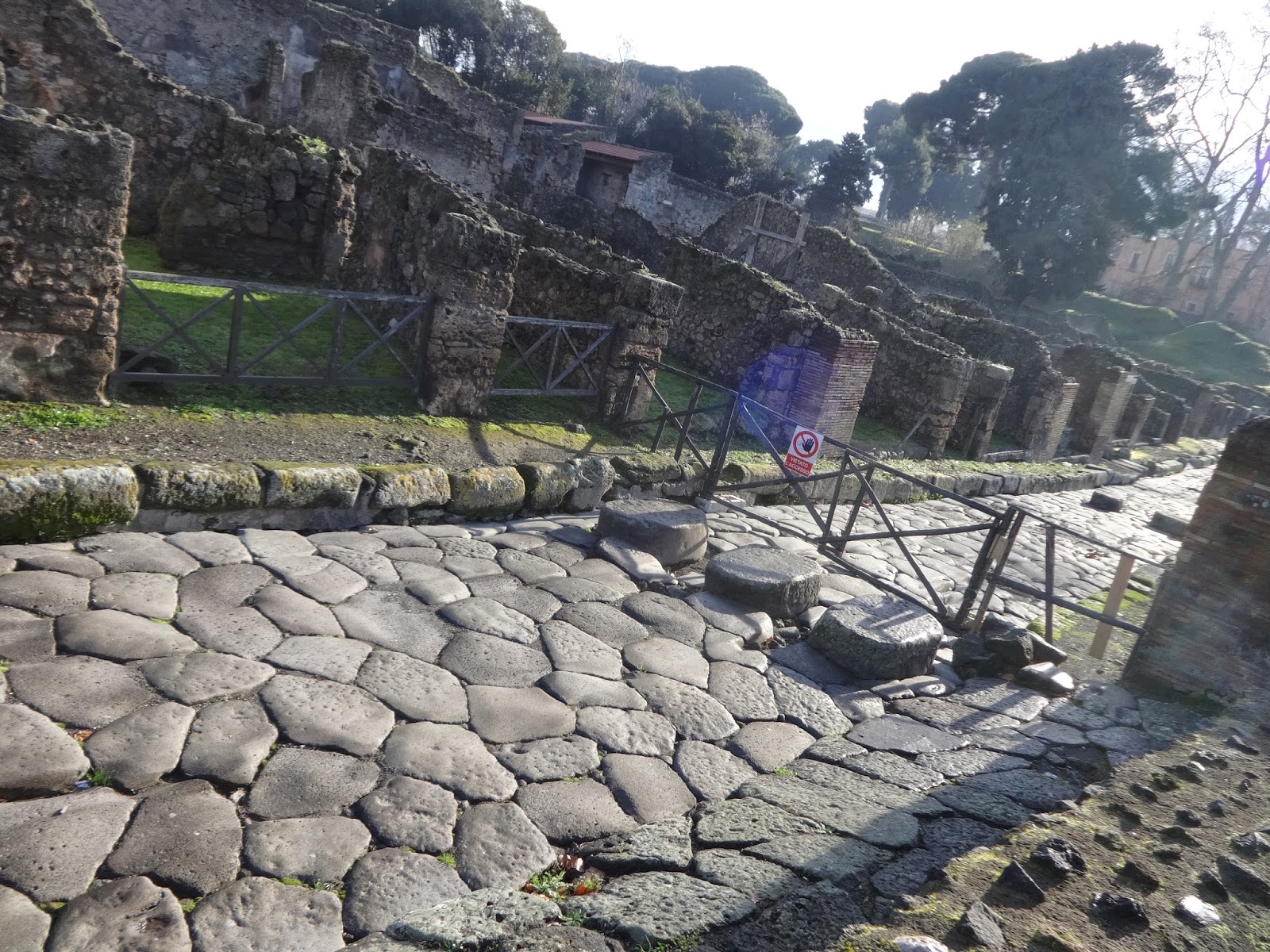 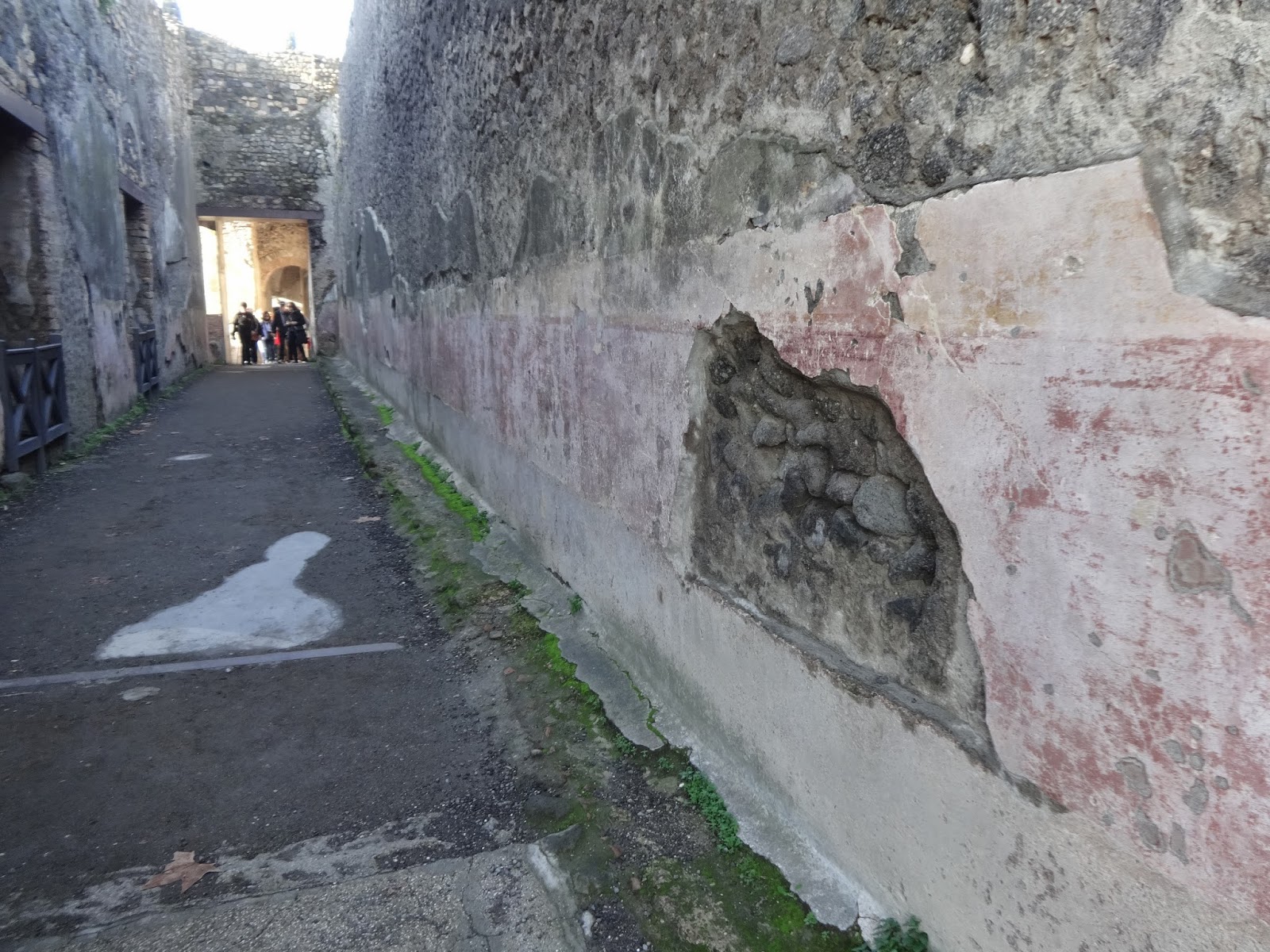 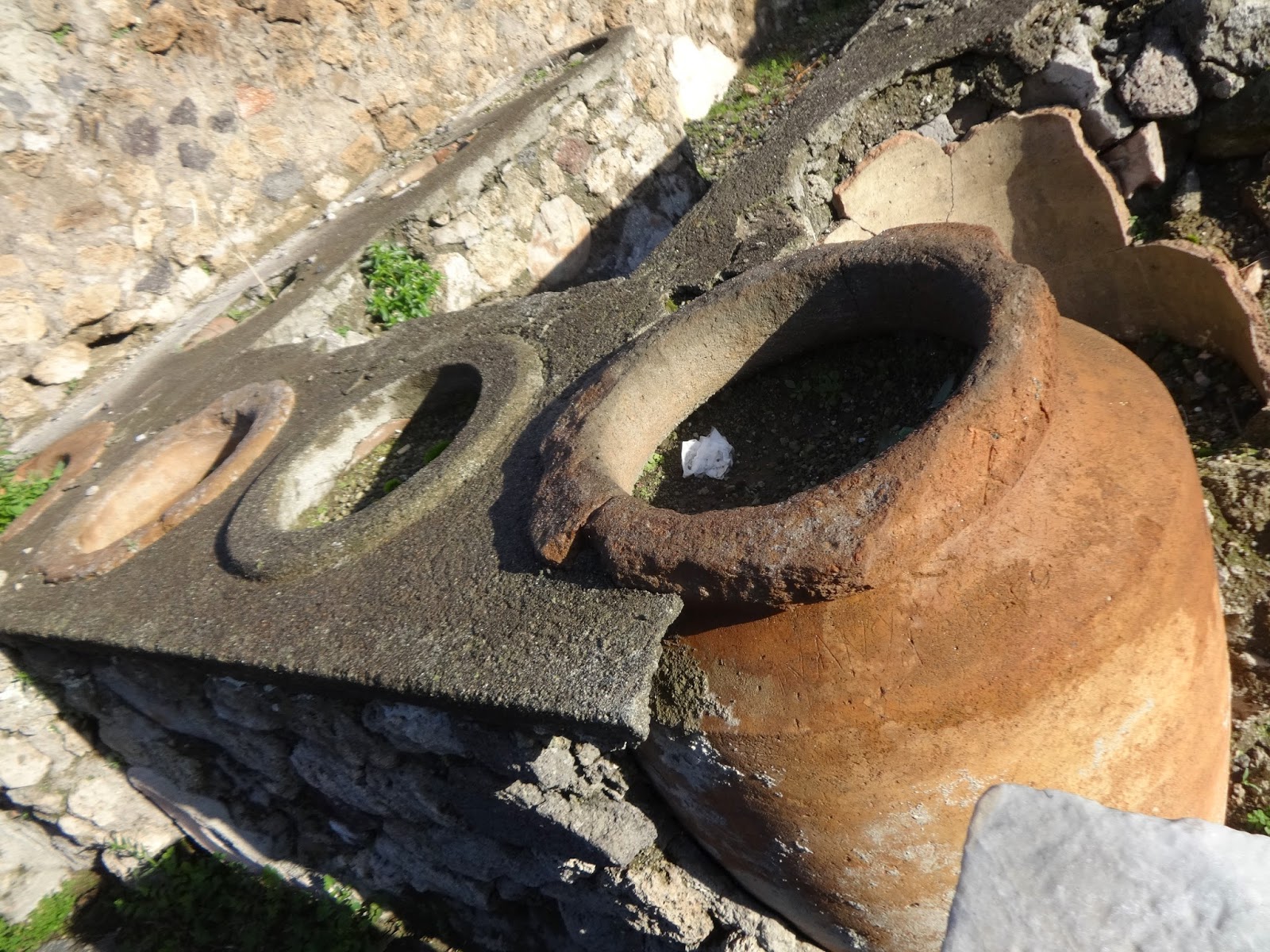 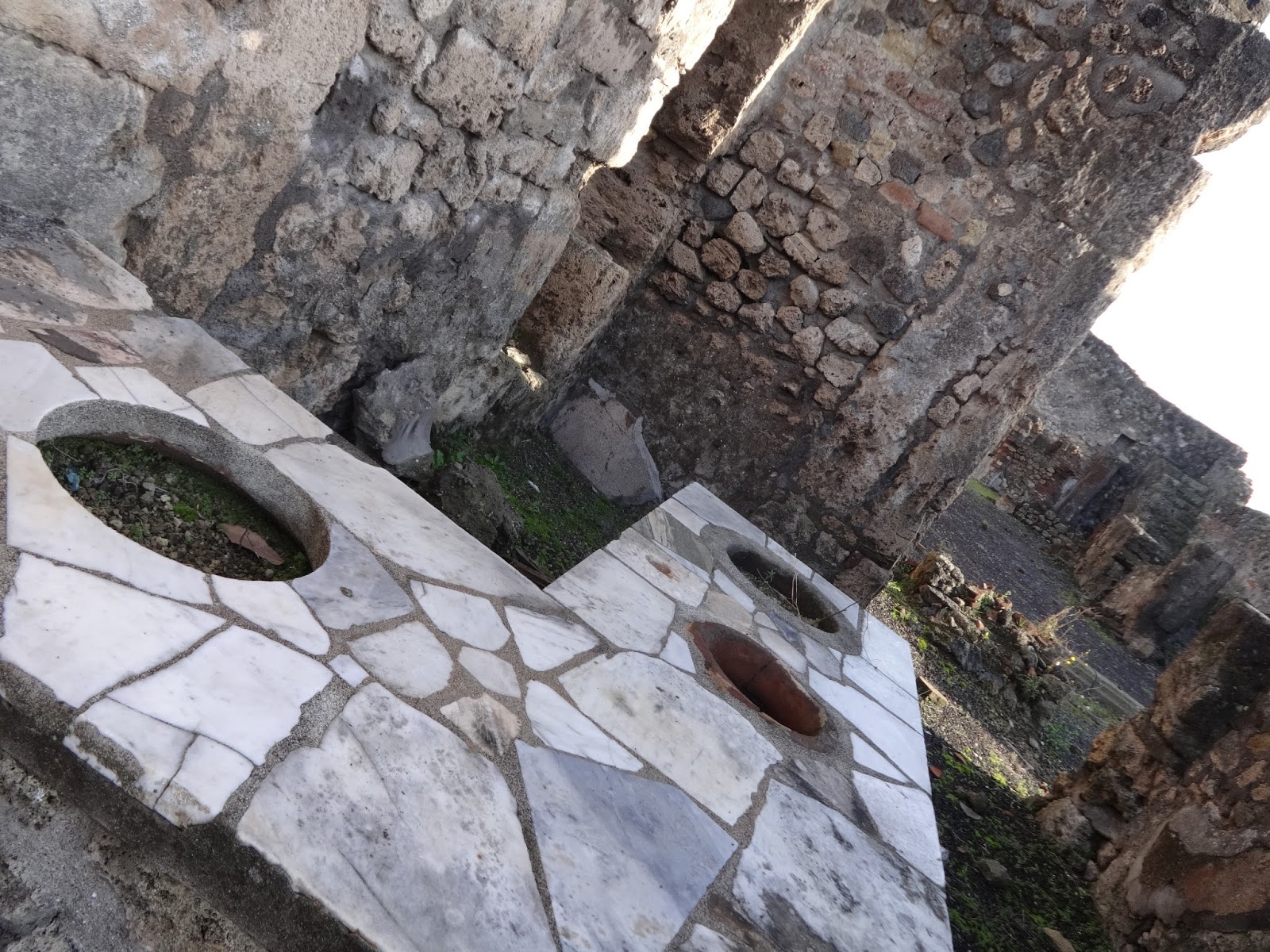 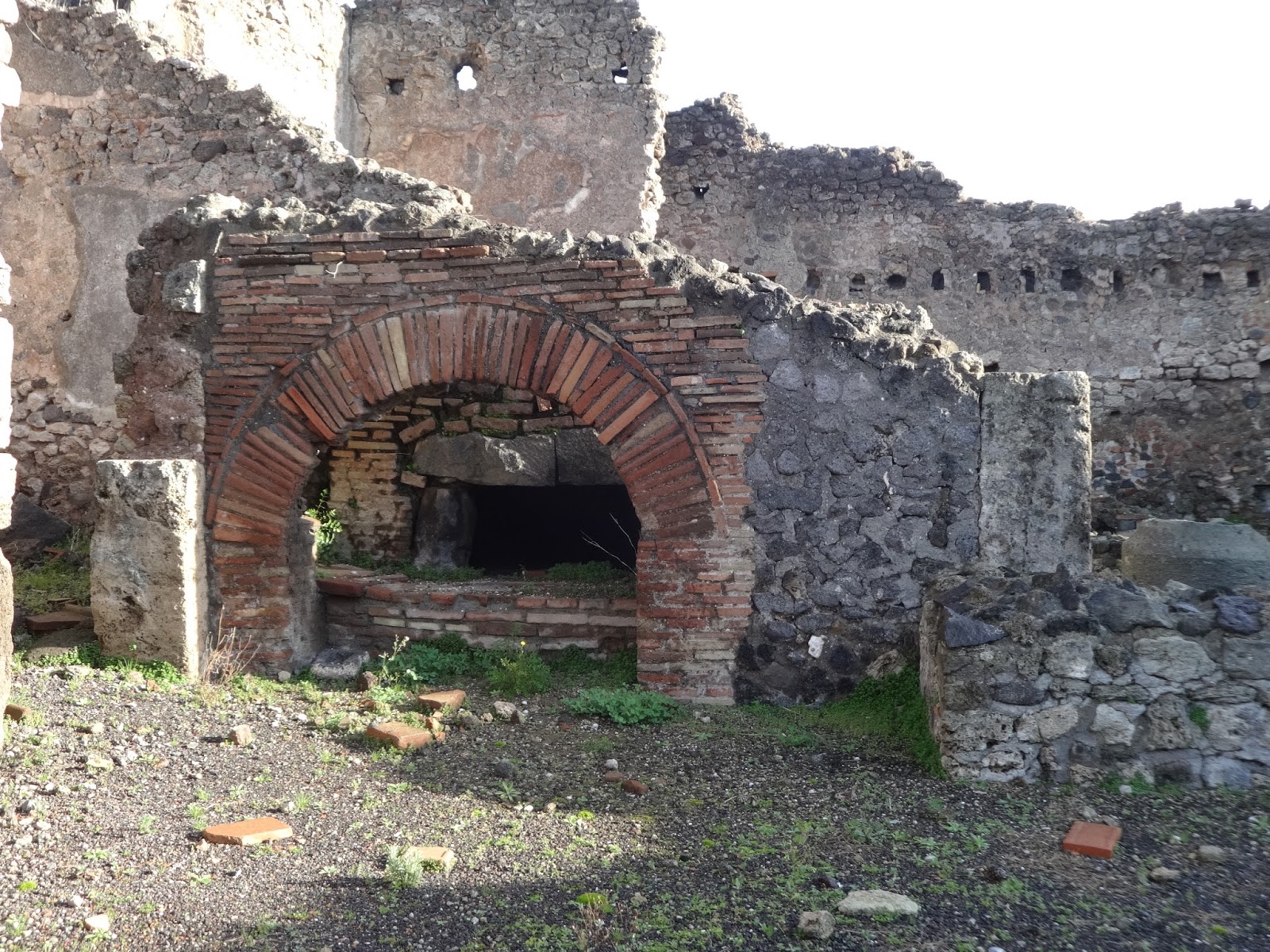 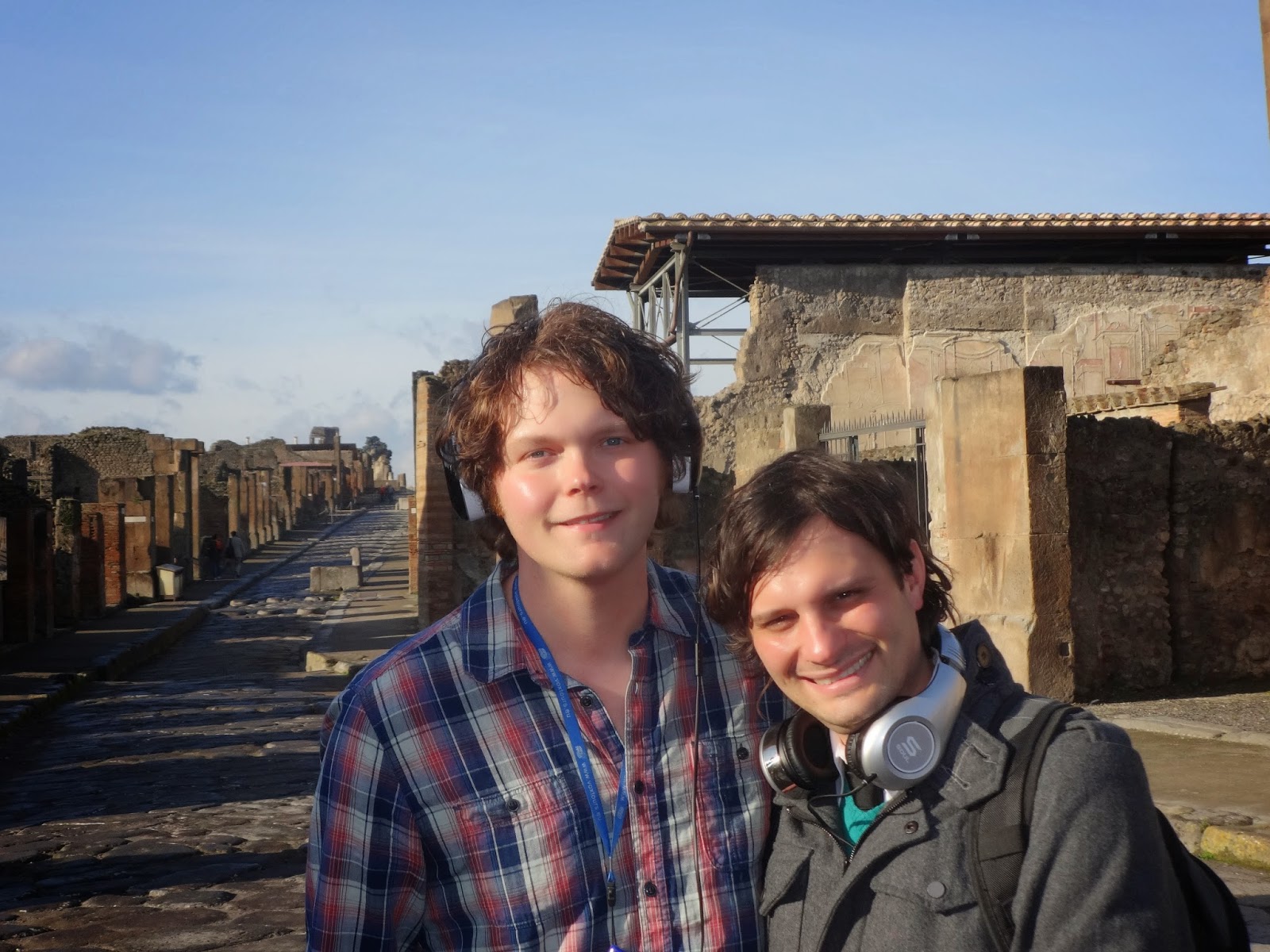 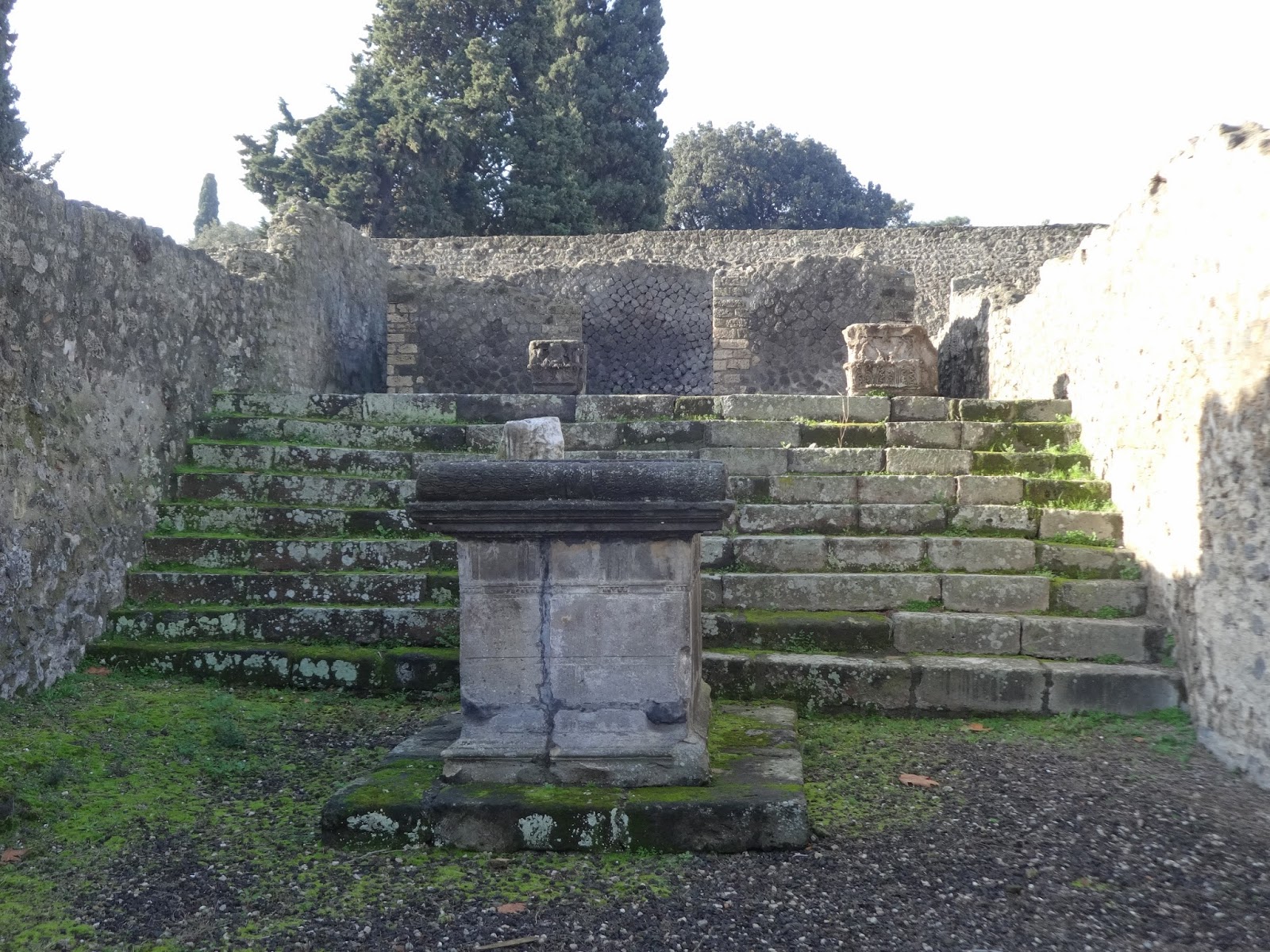 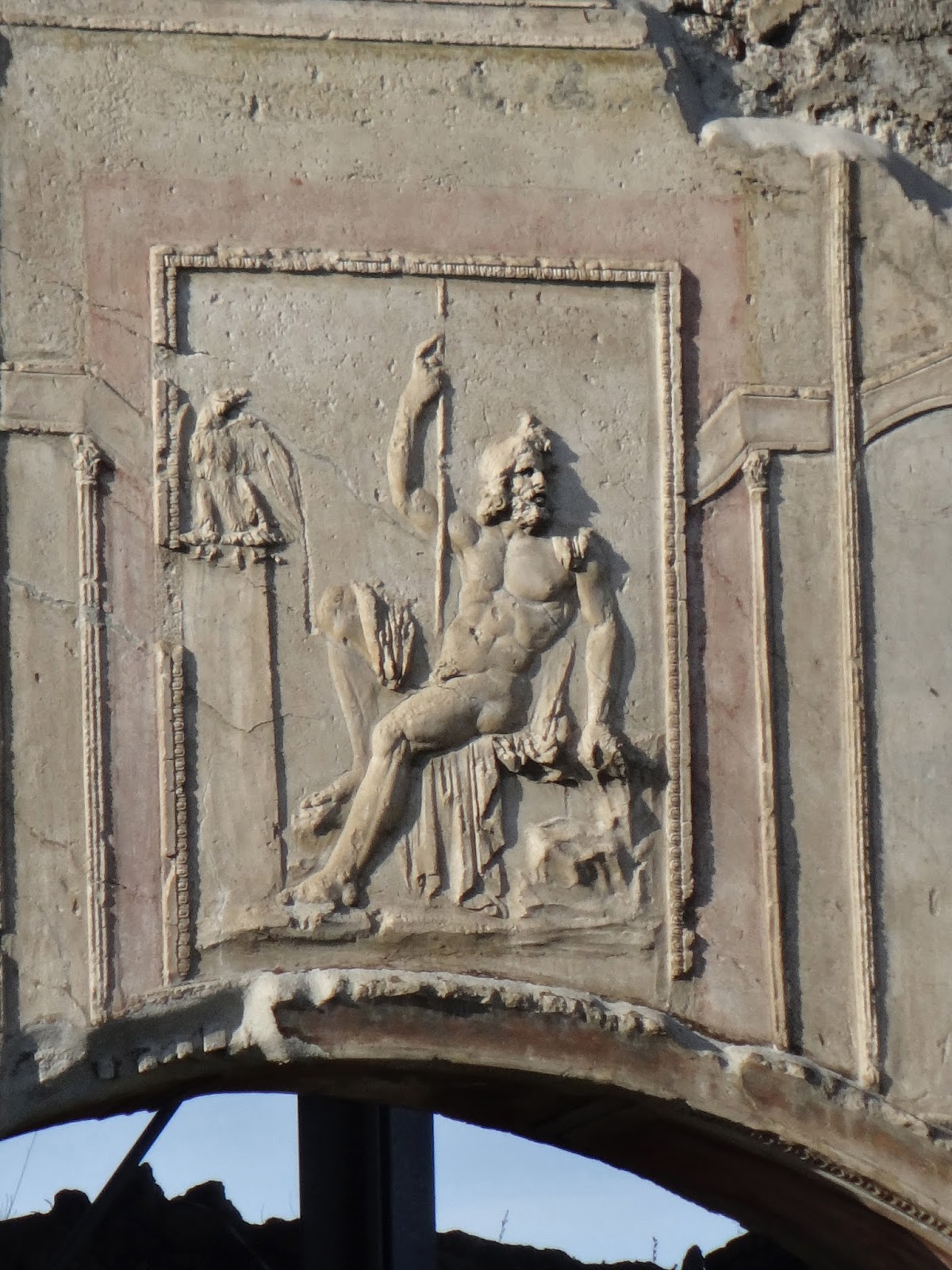 The deceased residents of Pompeii were covered in ash and debris and eventually decayed inside the hardening matter that surrounded them.  The remaining air pockets created molds of their bodies, which excavators discovered and filled with plaster.  The plaster casts beautifully capture the tragedy that was the destruction of Pompeii. 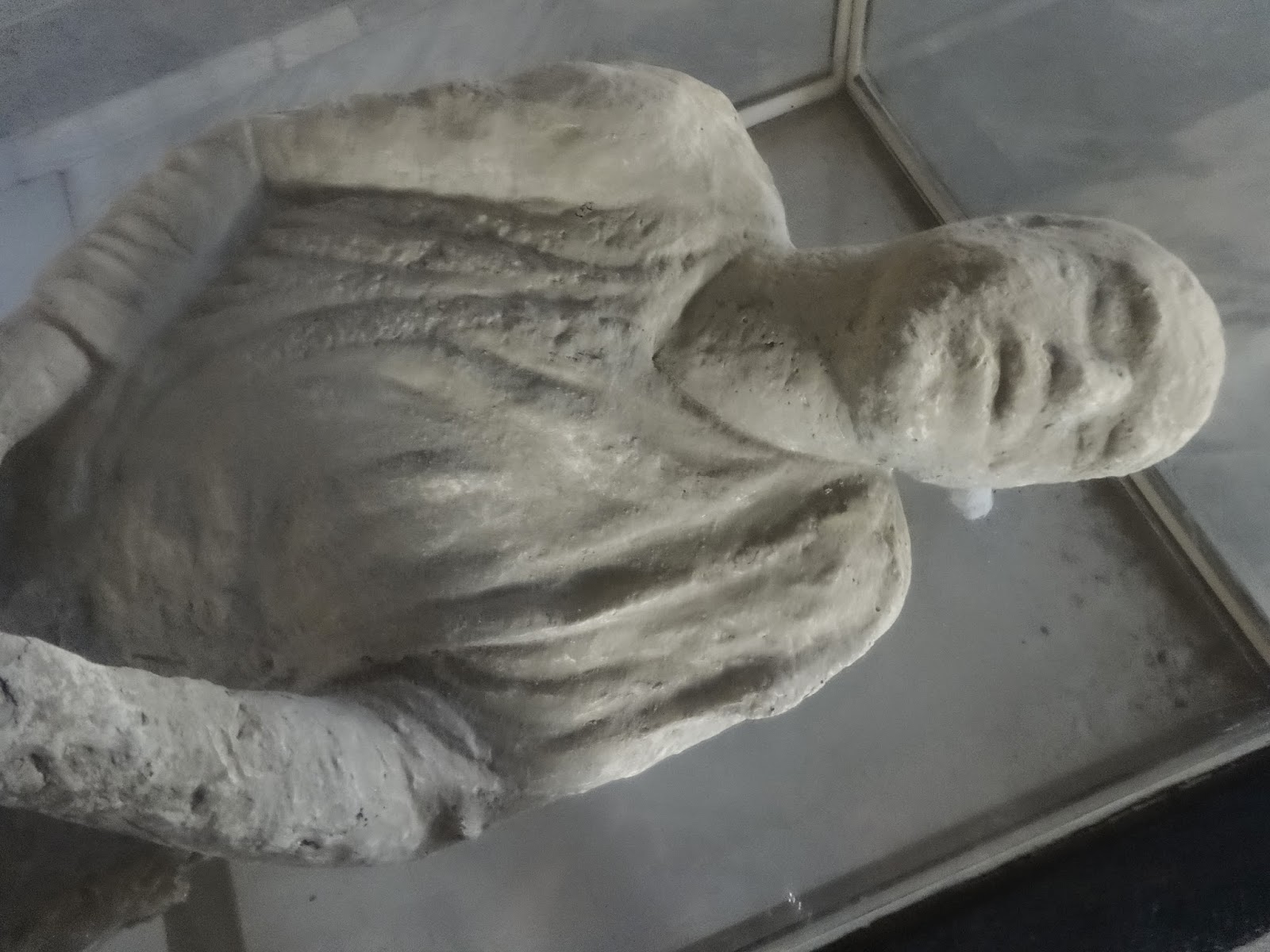 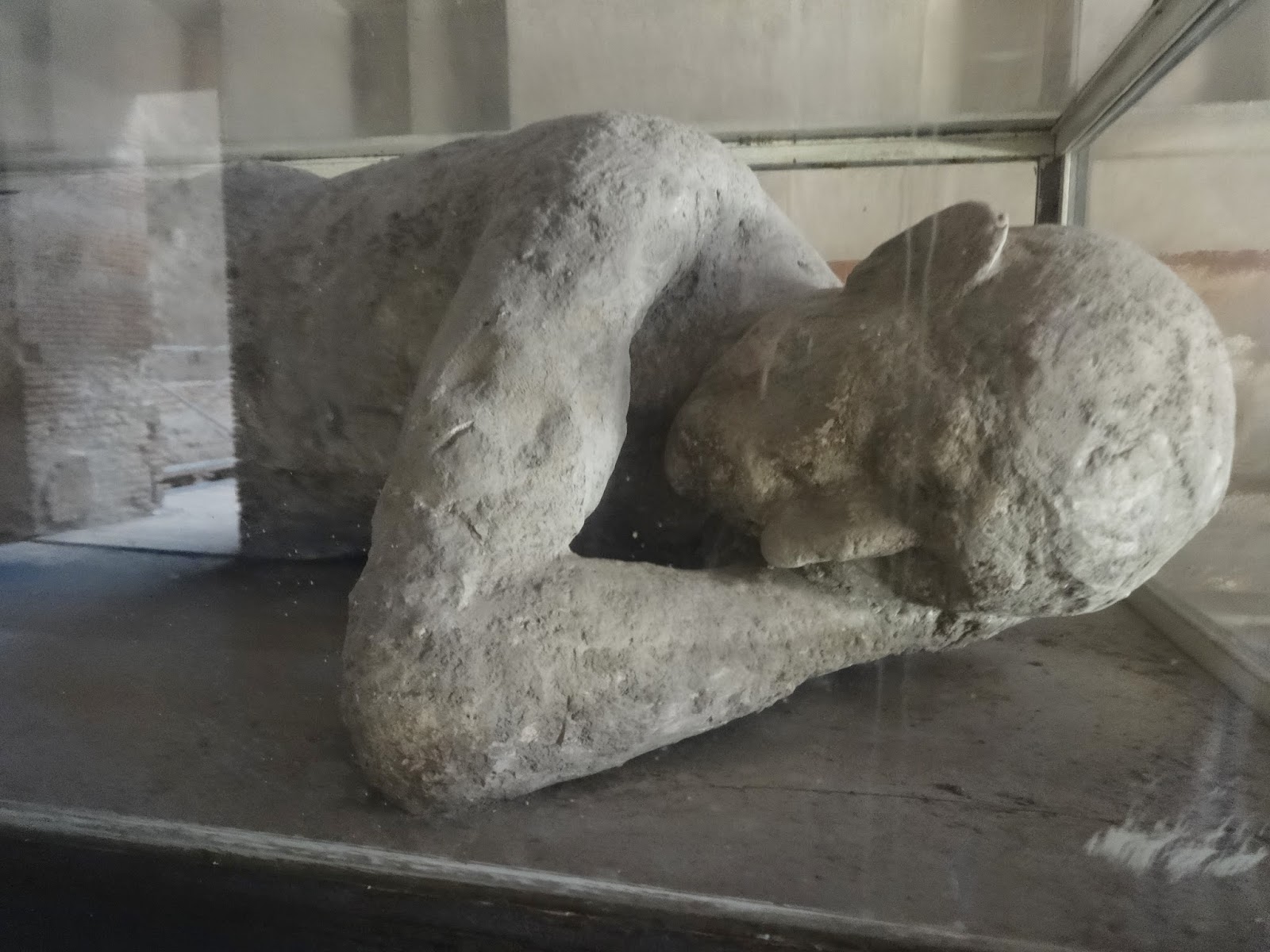 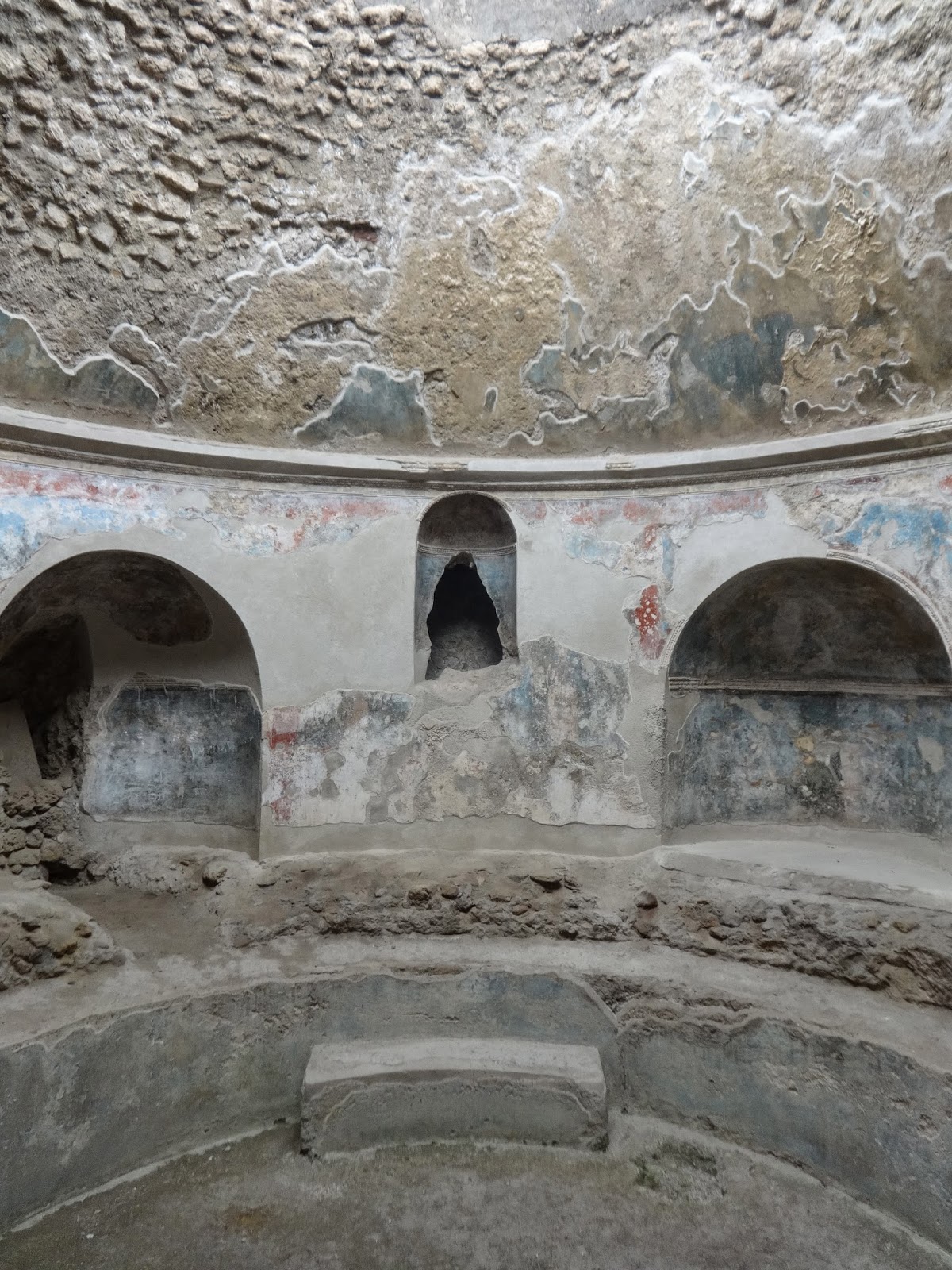 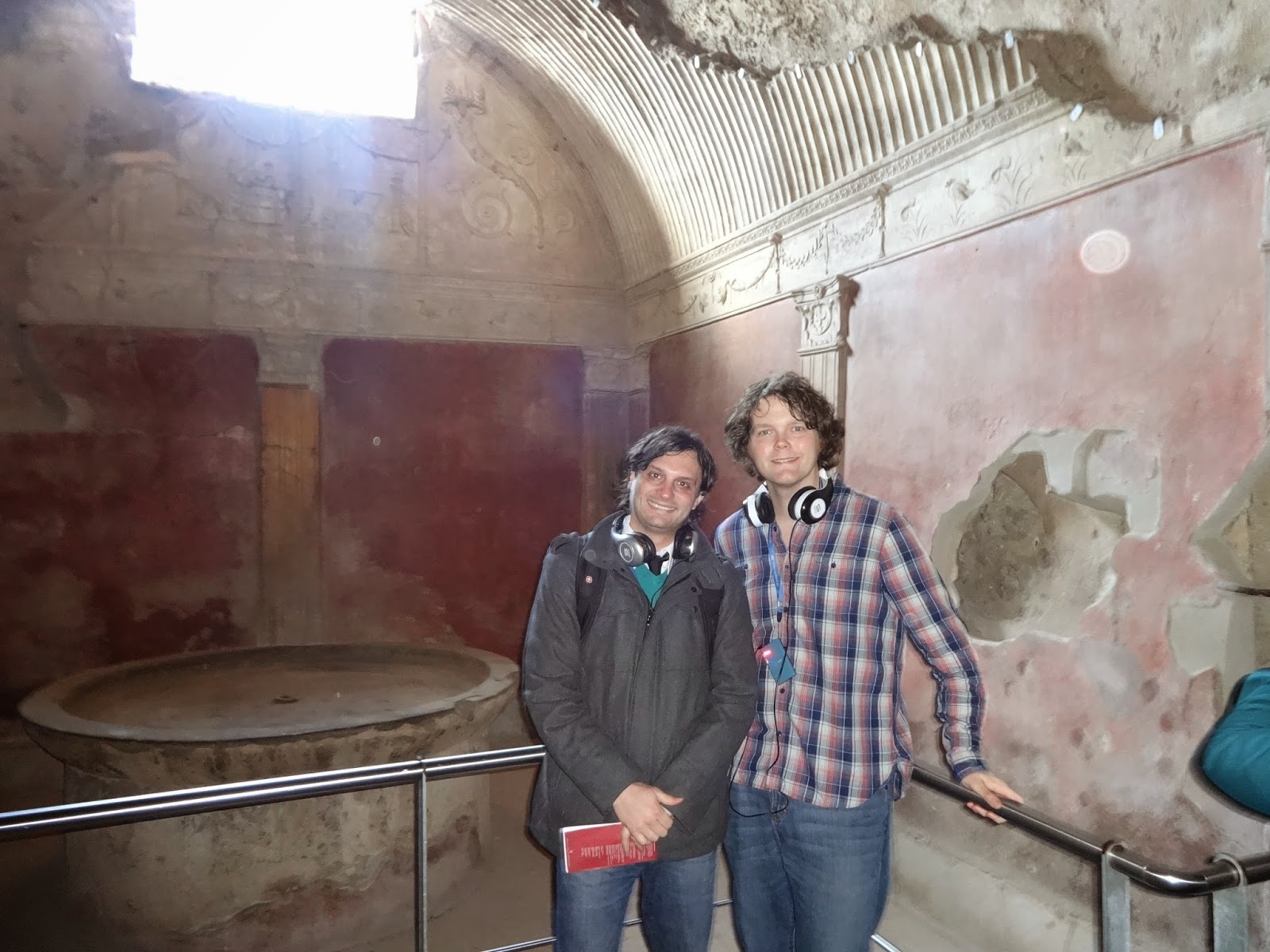 Pompeii was full of brothels.  Phallic carvings in the streets and on the sides of buildings indicated that you were close to some serious pay4play... 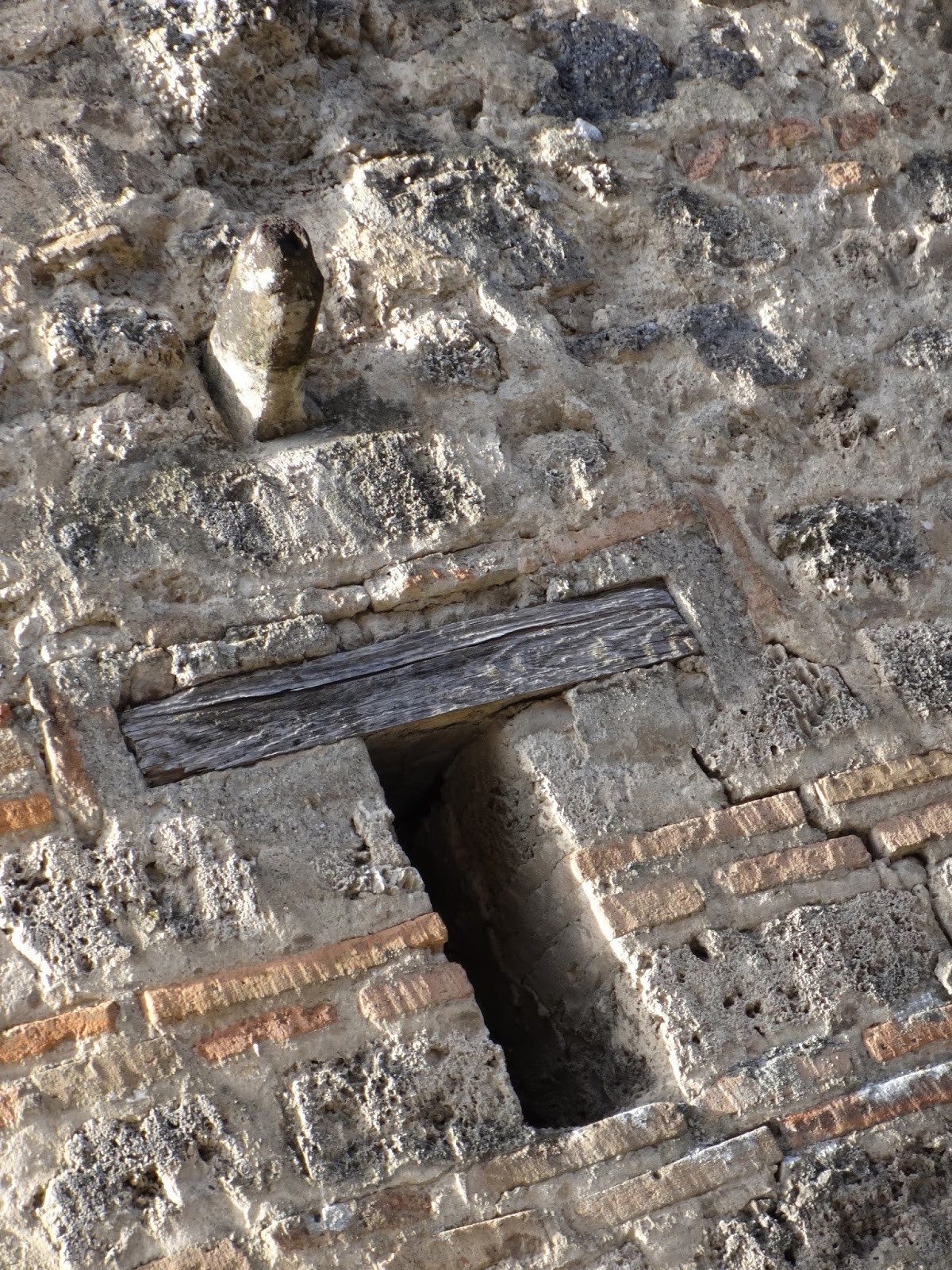 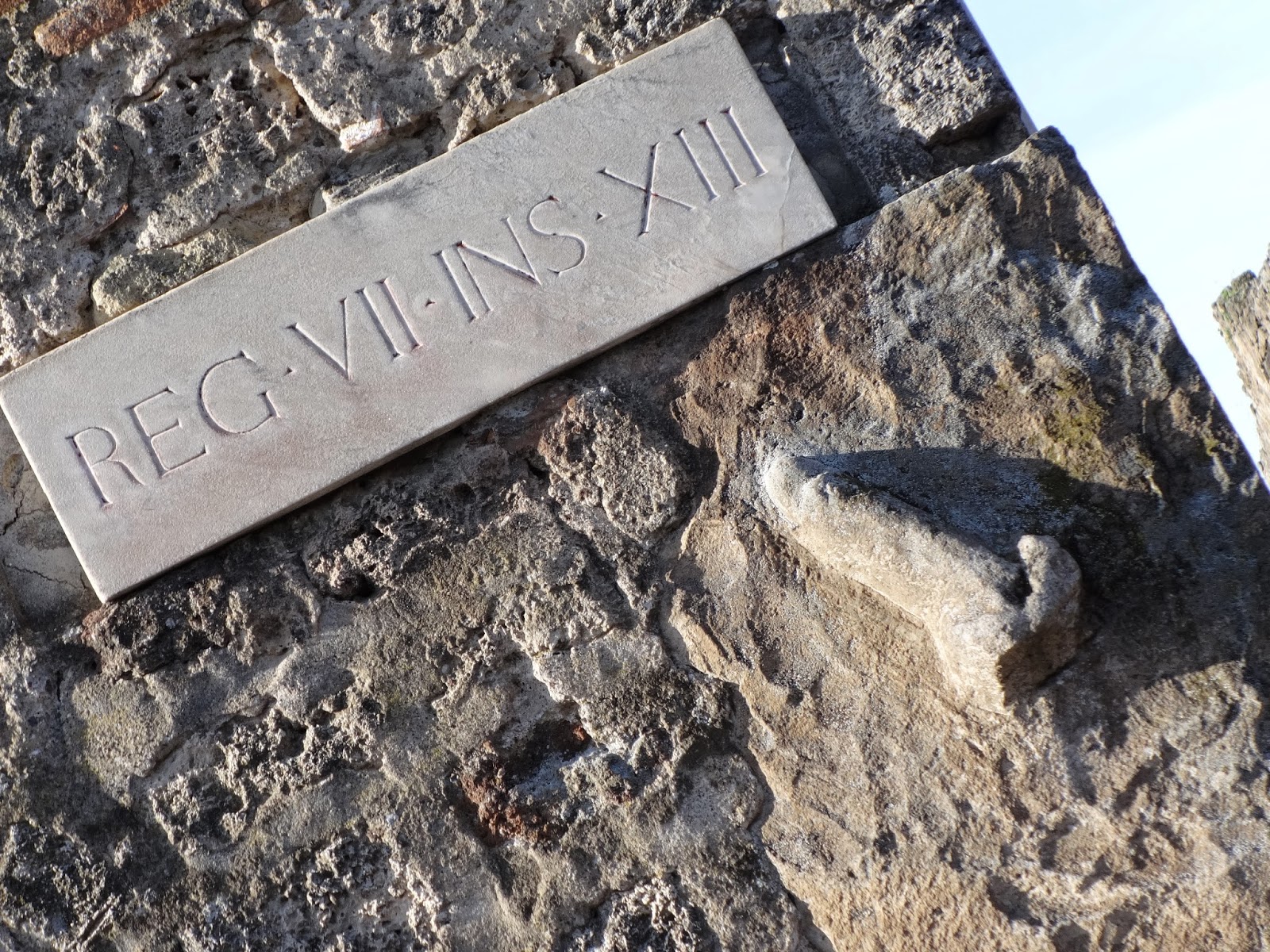 …while, inside the establishments, paintings above the doorways indicated what your hostess specialized in. 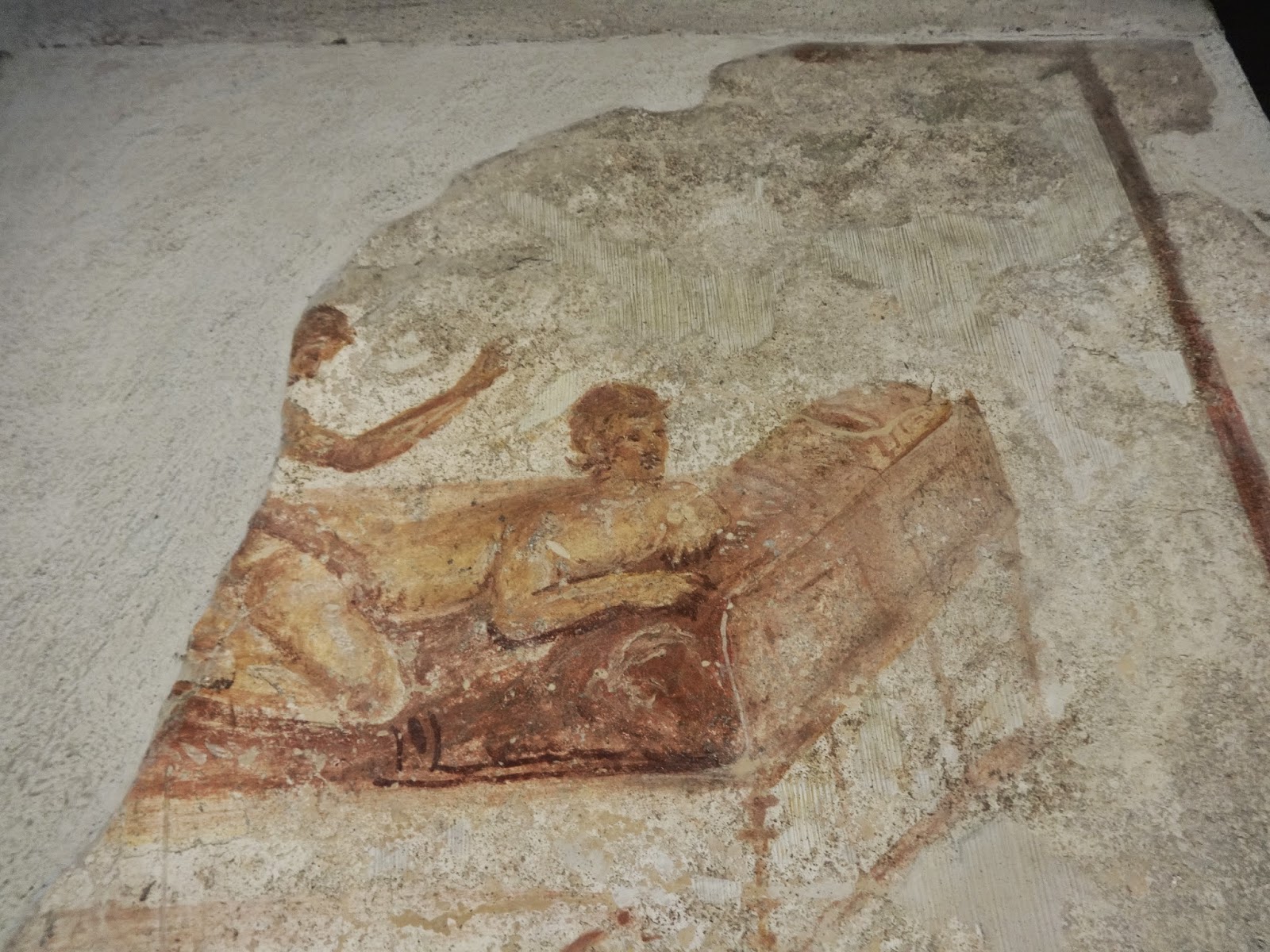 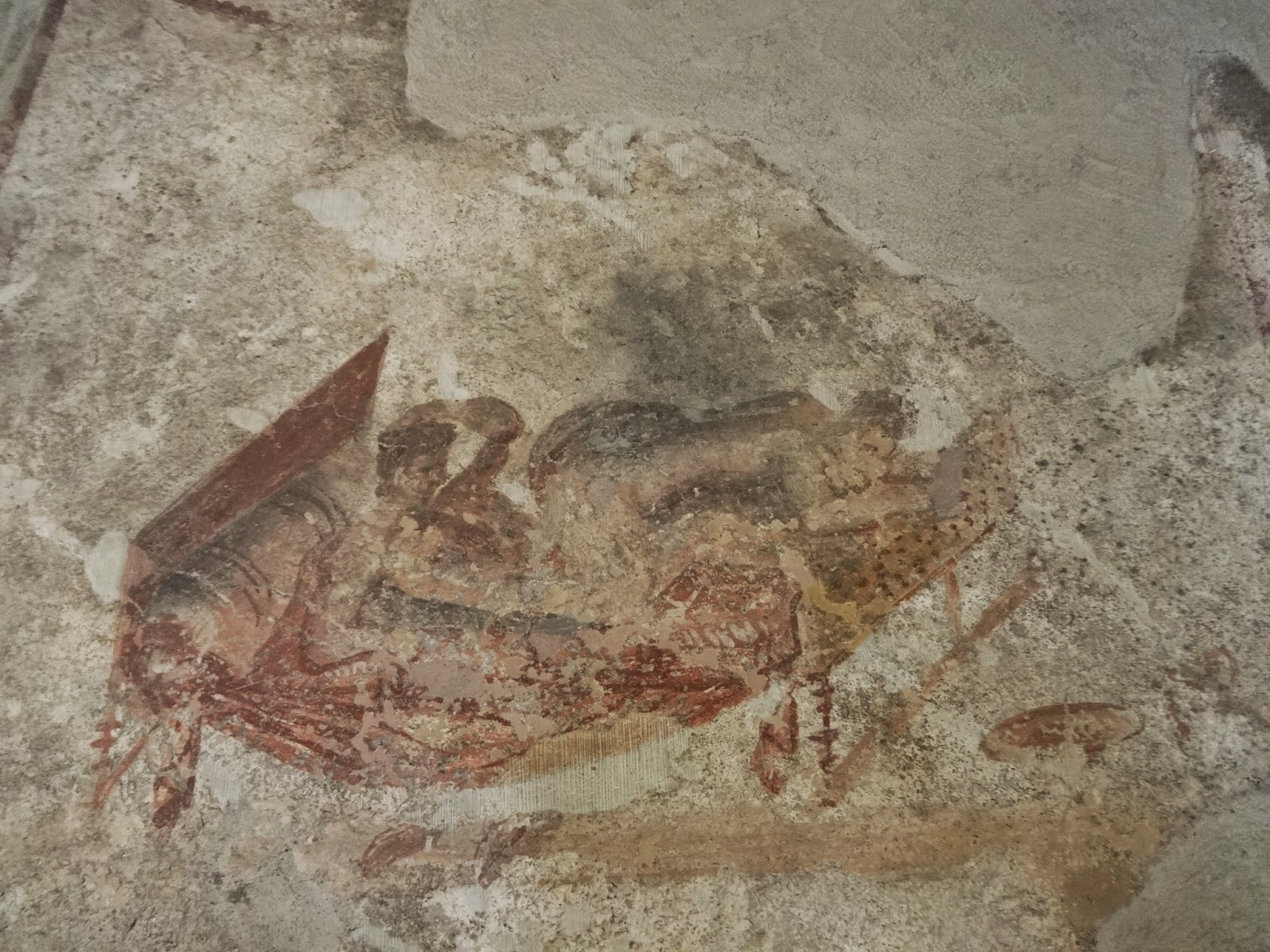 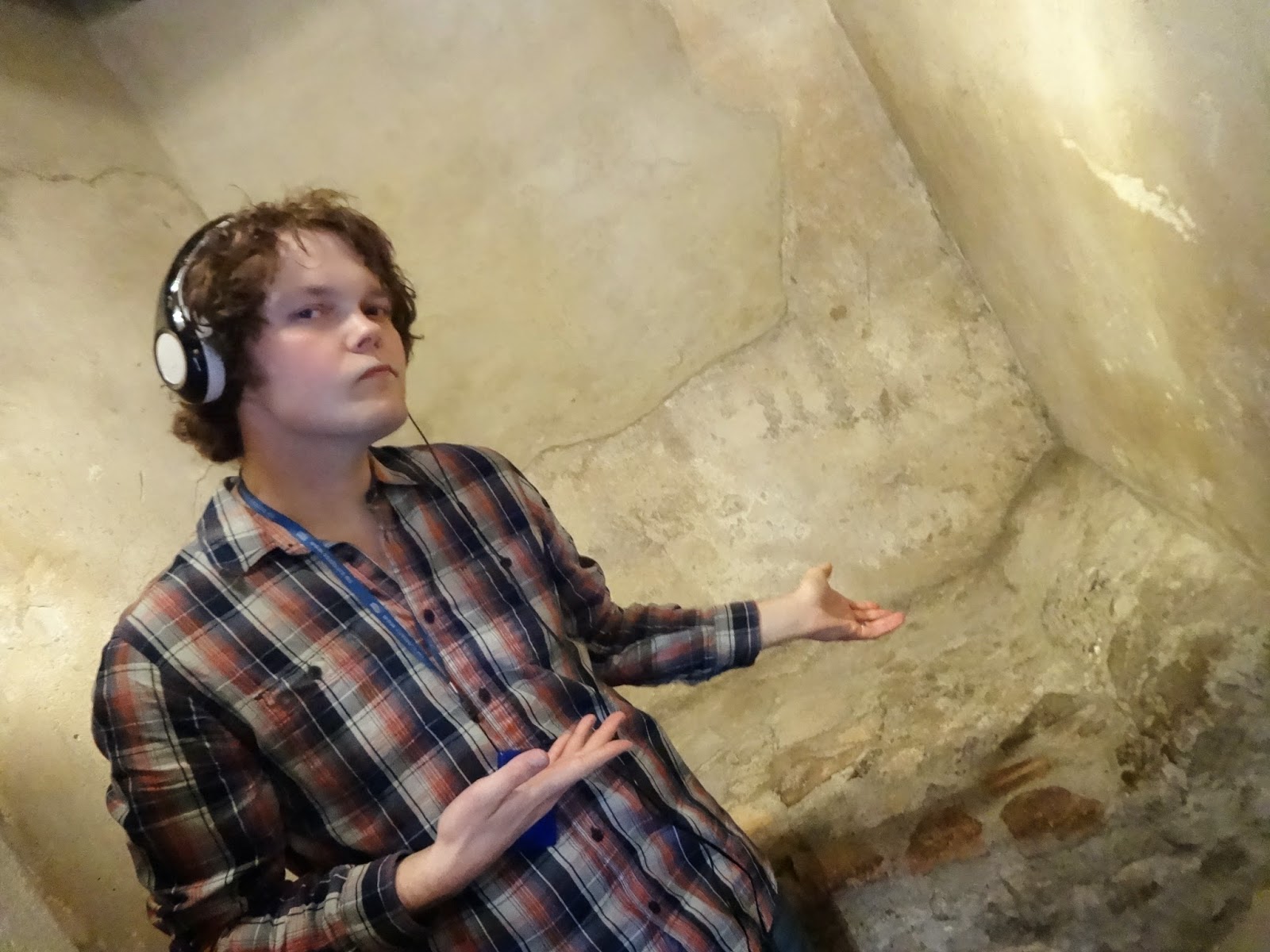 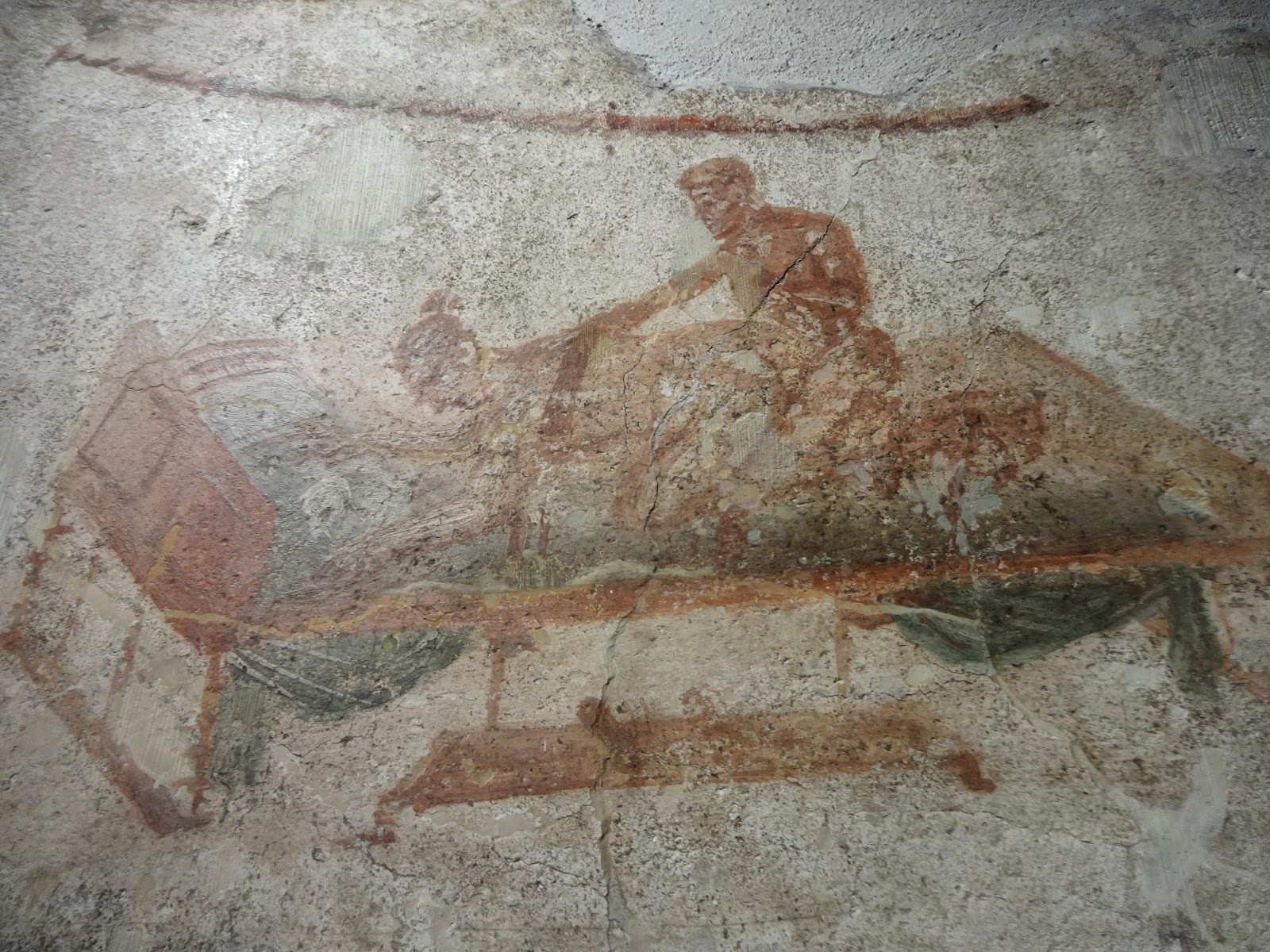 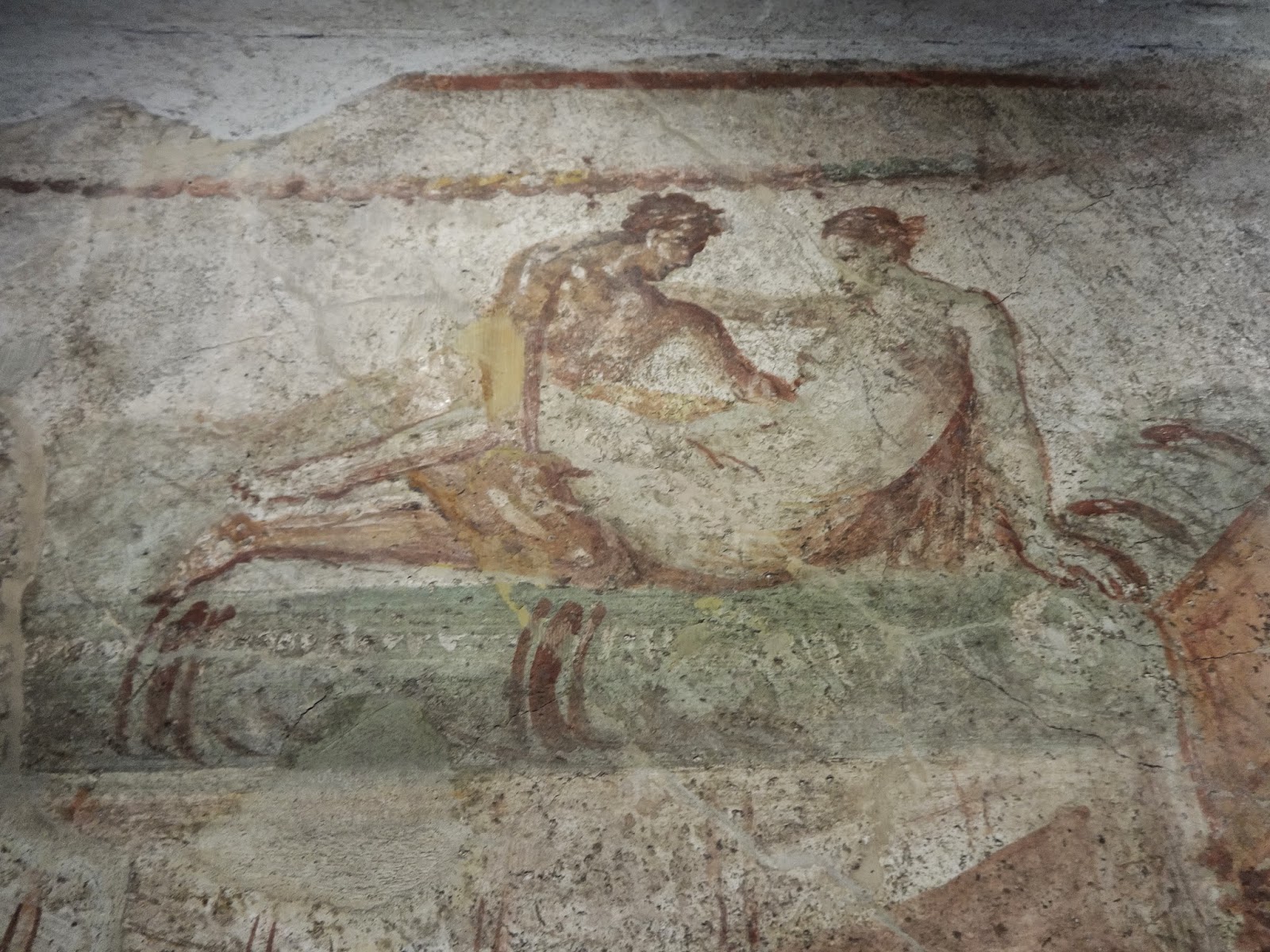 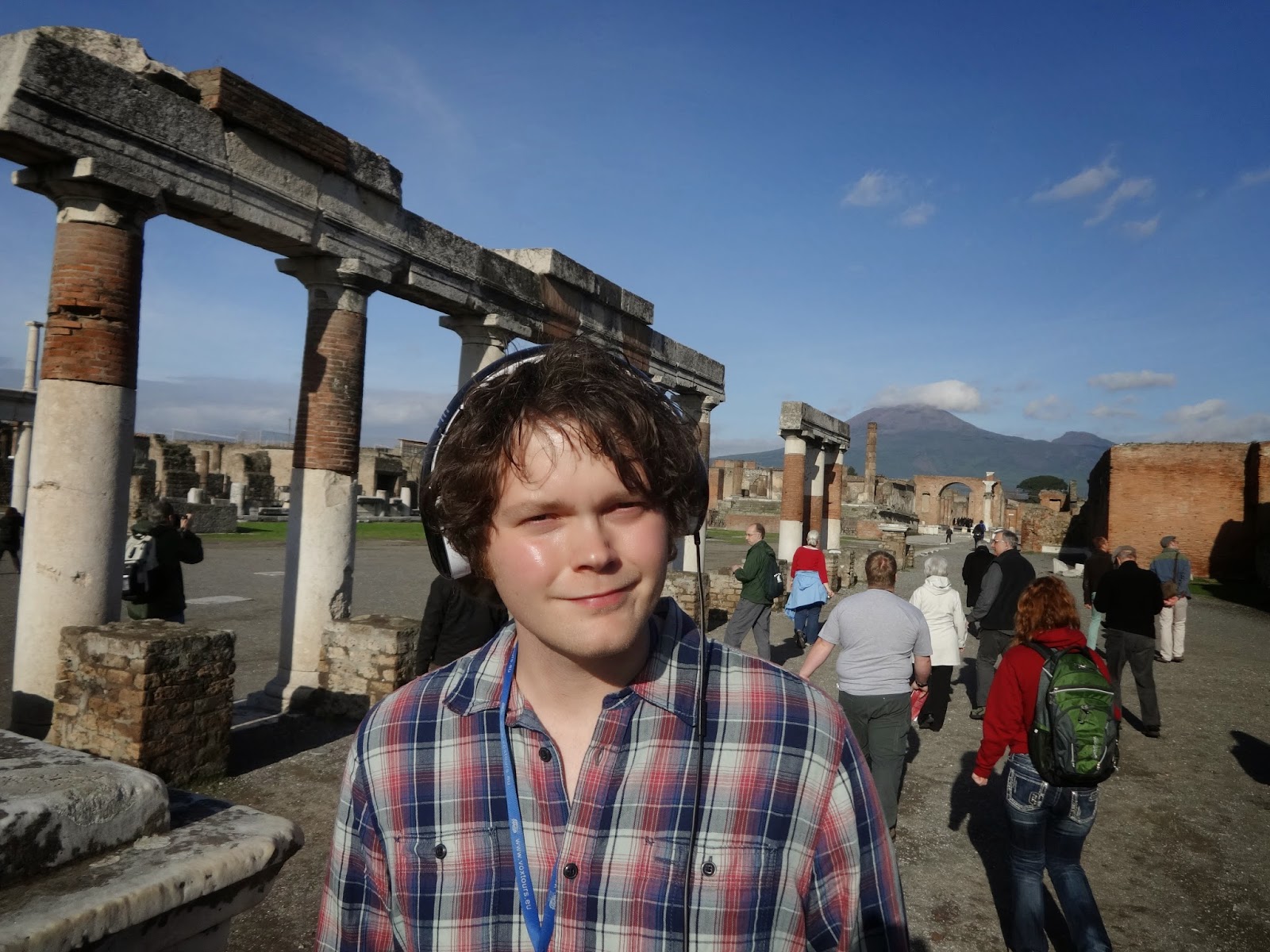 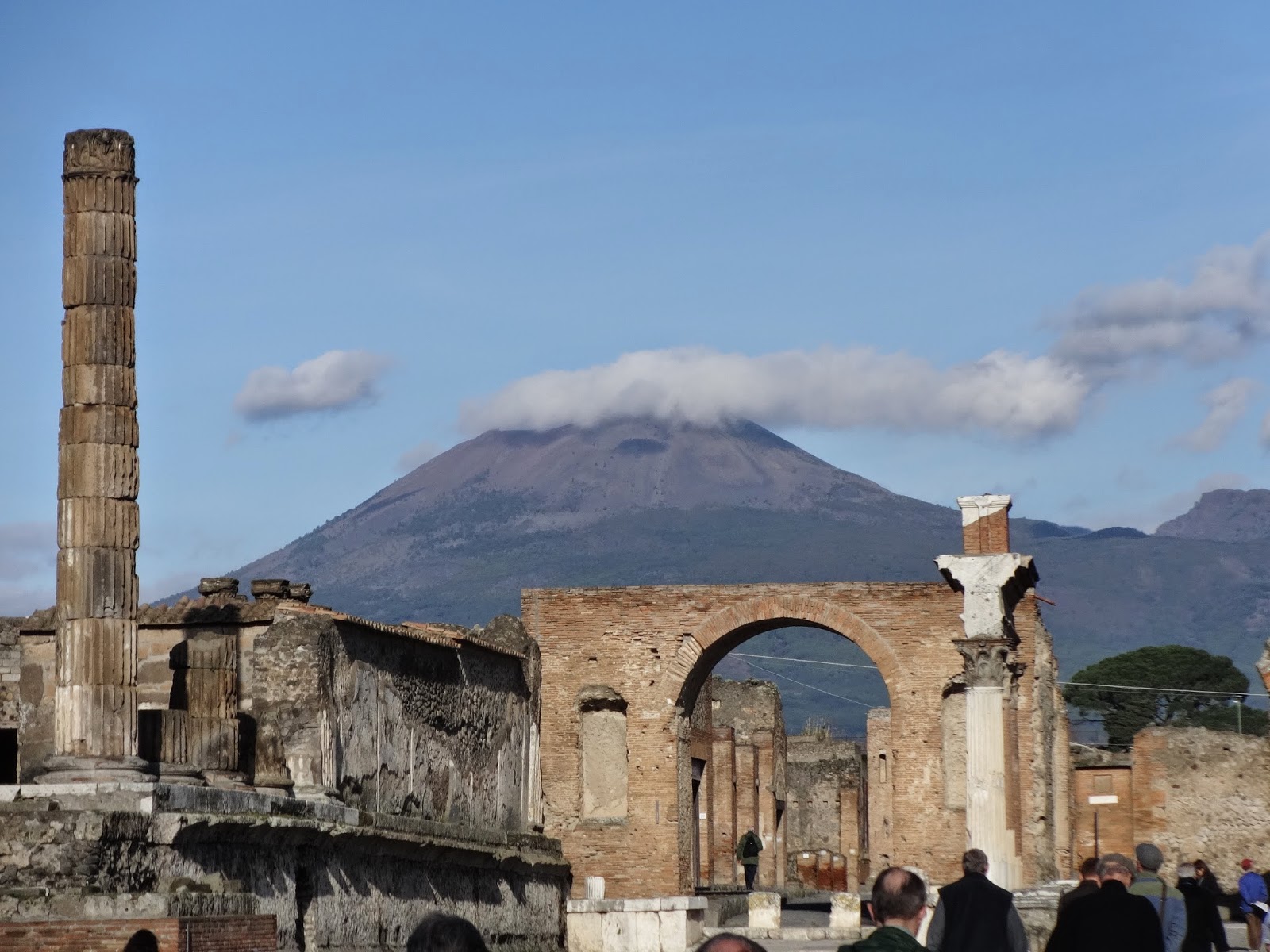 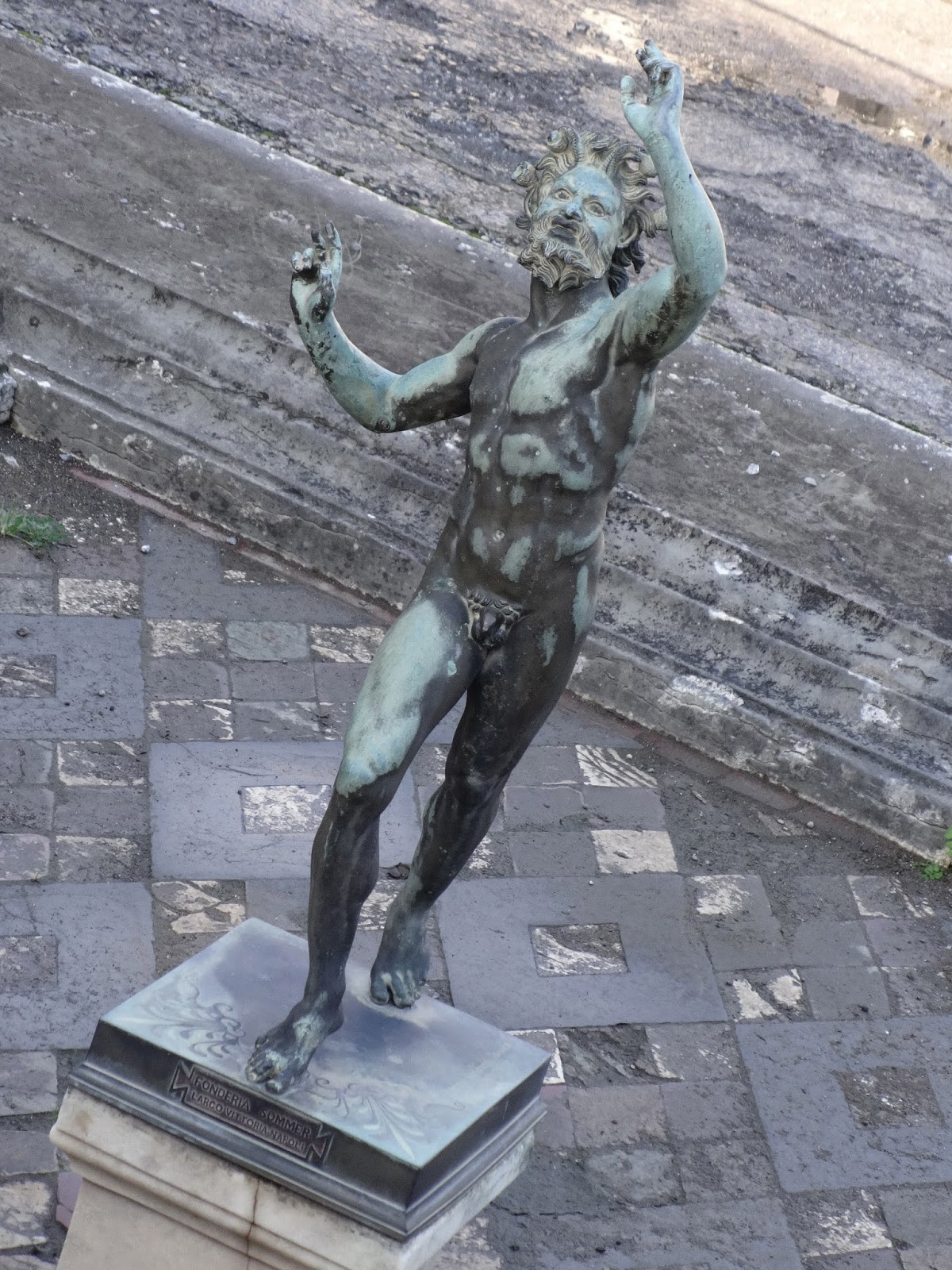 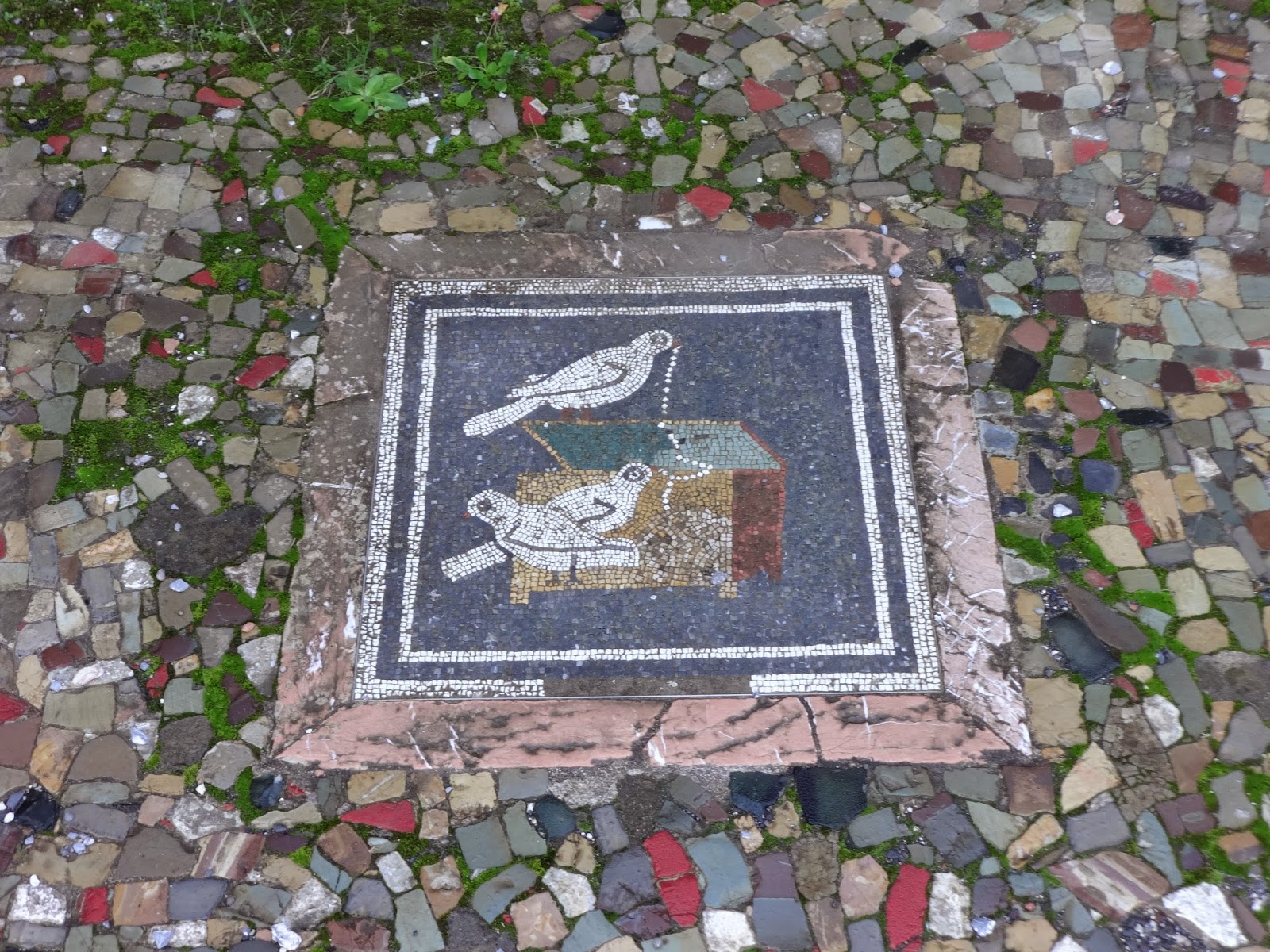 Following our tour of Pompeii (by far the best of the three organized tours we participated in during the course of our vacation), we had a couple of hours to kill in Napoli before the boat began its return journey to Civitavecchia.  We used that time to take a panoramic photo of some government buildings...

and to eat an authentic Napolese pizza (which TJ had been pining for for weeks)... 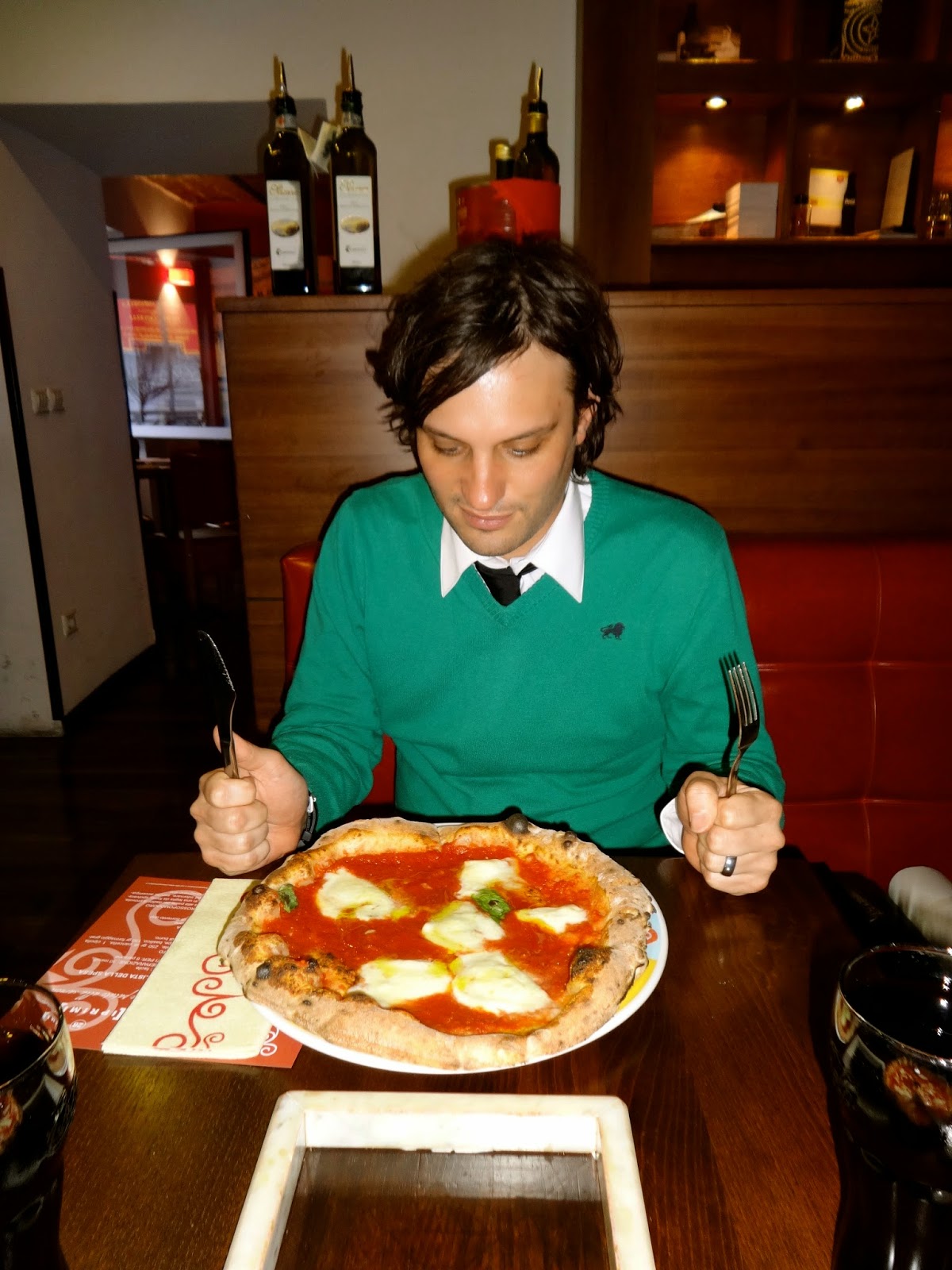 All in all, a great cruise.  We both have plenty of grievances about the boat, but the overall experience was amazing.  I know quality can vary depending on the ship and the season.  I know I've already said I will never use Norwegian again, but never makes liars of us all.  Who knows what the future will bring?

All I know is that the next post will bring one more day in Rome, and the end of this vacation.
Posted by Aaron at 4:33 PM