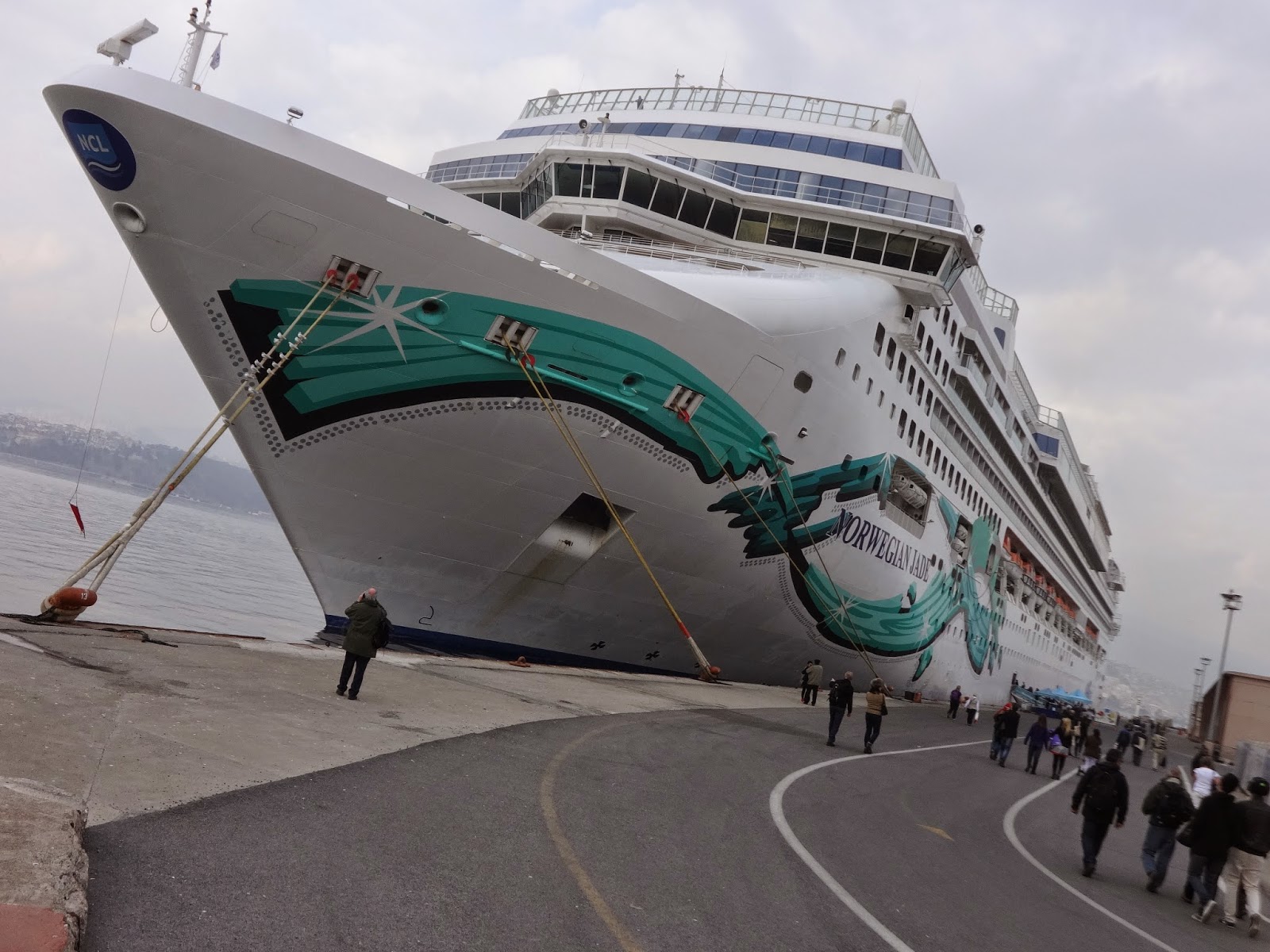 We awoke from our fourth restful slumber in Rome on the morning of January 8th, grabbed our luggage, and walked back whence we initially came: Roma Termini.  After diligently studying the departures board, we decided that we had plenty of time to settle in for a leisurely bite to eat before our train left for Civitavecchia, the port town 80km northwest of Rome from which we would embark on our 10 day Mediterranean adventure.

Finishing our brunch, we meandered over to the automated ticket machine.  As I was carrying a more burdensome load of luggage that consisted of an ornery duffel bag that enjoyed frequent nosedives off of the top of a wobbly rolling suitcase, I trailed behind TJ by some great number of yards.  I arrived at the ticket booth just in time to see TJ accepting assistance from someone who claimed to work at the train station.  The gentleman's help consisted of the complex task of confirming that the tickets we already planned to buy were in fact the tickets that we should buy, and pointing at the credit card slot.  Once the tickets printed, our new friend stuck his hand out.  TJ, confused, asked what what he wanted.  I explained the obvious:  the man did not work for the train station, and he wanted a tip.  "Oh. Well, I don't have any money.  Can you tip him?" TJ asked, wandering off towards the terminal.  Slack jawed, I opened my wallet, looked at my options, and bitterly let go of 20 euros, the smallest denomination I possessed.  We then realized that our train would be leaving in four minutes…and that it was on the absolute opposite side of the terminal.  Much running occurred.  We arrived just in time, and even managed to validate our tickets, which was beneficial, as attendants made rounds this time.

The train ride was uneventful.  I sat next to a young Filipino man who, as it turned out, worked on the ship.  We made polite conversation and then never saw him again once the train arrived.  Sitting in front of us was what appeared to be an American couple from the midwest.  Or maybe they were brothers.  But they were definitely gay.  We made polite conversation with them as well.  We saw them several times each day of the cruise, but none of us ever bothered to say hello.  I suppose it had been a boring train chat.

Our ship of choice this time around was the Norwgian Jade.  As we had only sailed with Carnival in the past, we weren't quite sure what to expect, though we did know that Norwegian was (supposed to be) a step above.

On the surface, it all seemed pretty similar to us:  The dining room had a tacky floral glass pattern.  The stateroom was small and uninspired, yet efficient. 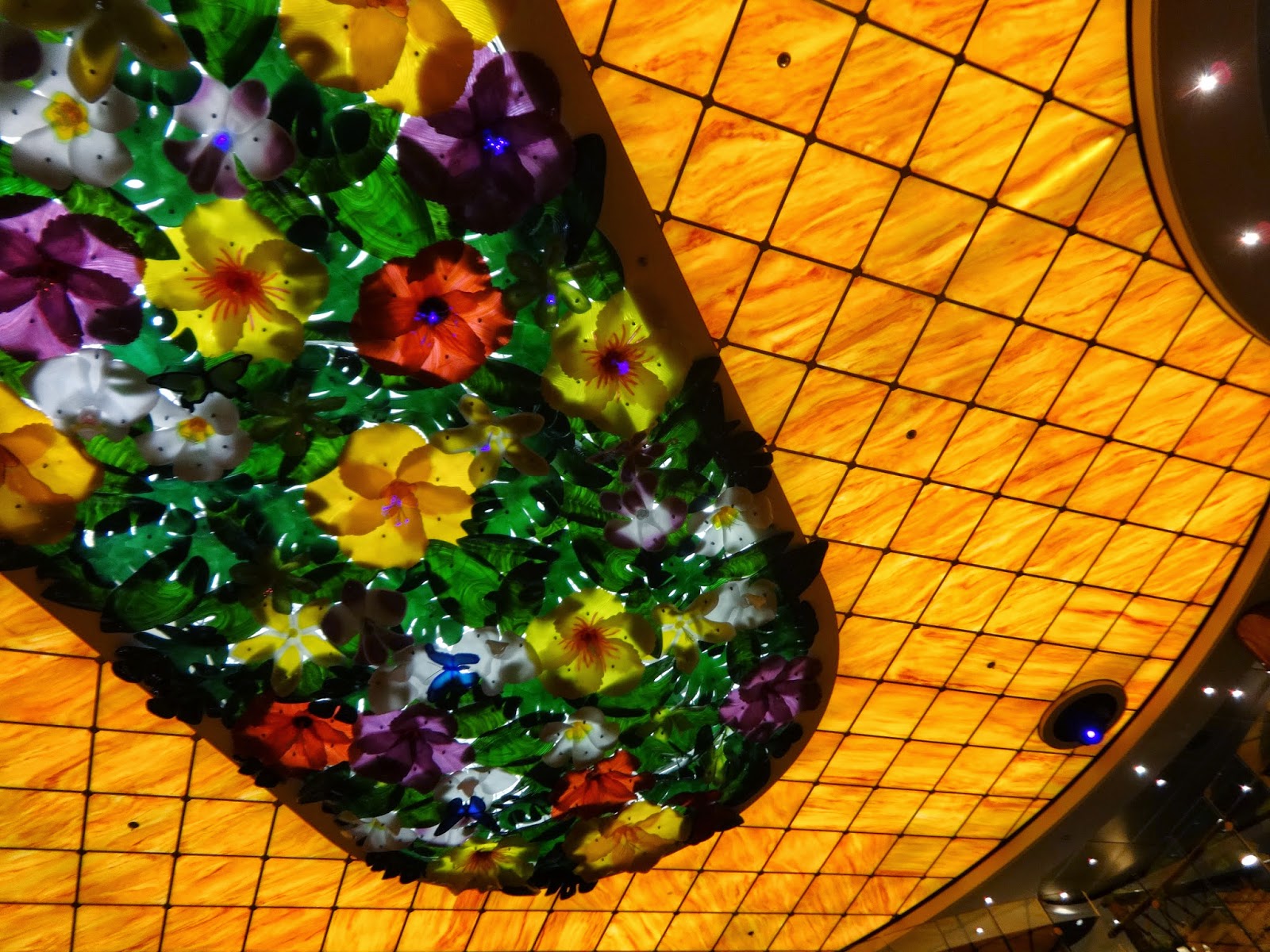 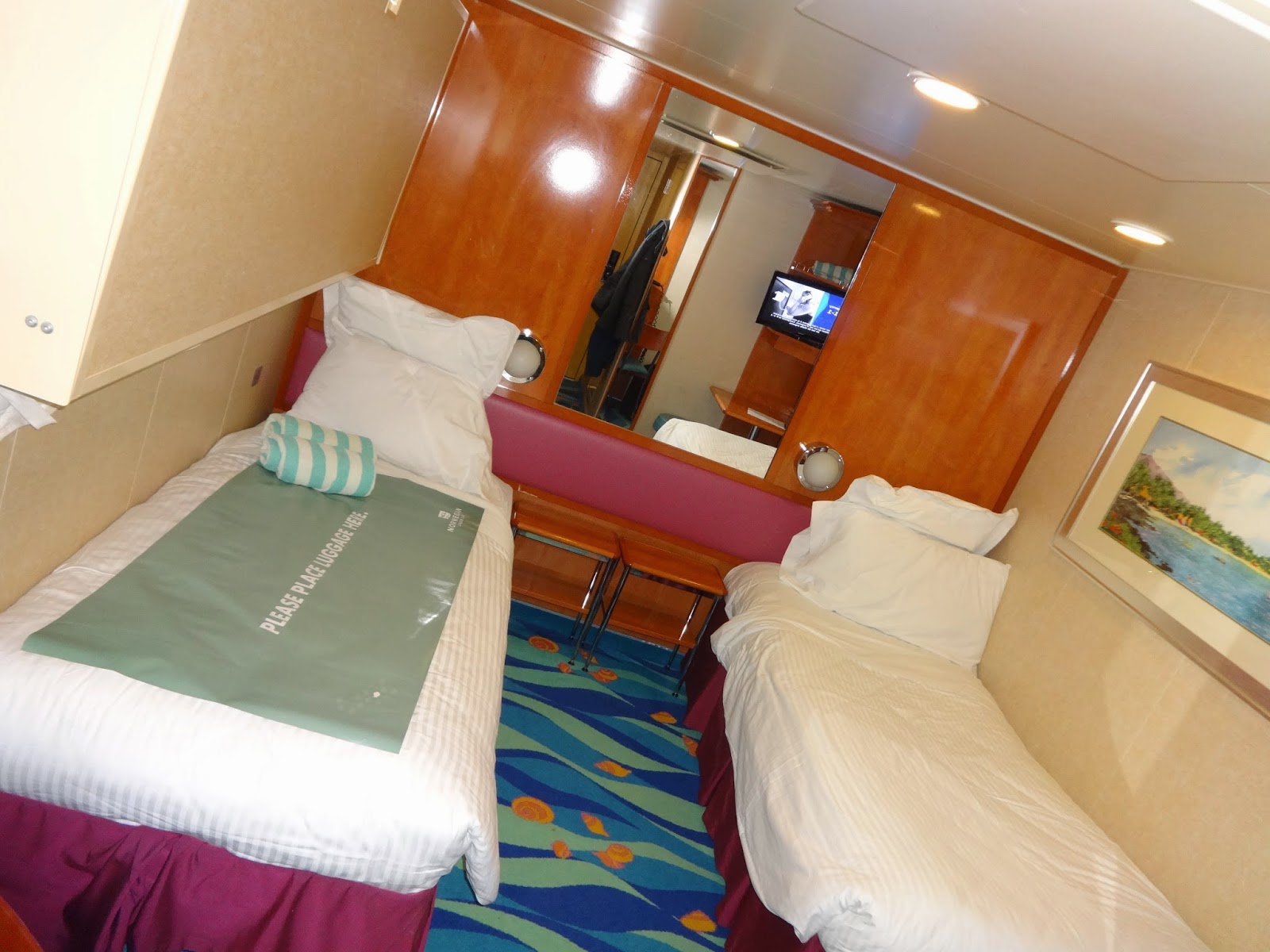 The lido deck had a pool and a couple of jacuzzis.  We spent our evenings dancing and imbibing in the "club." 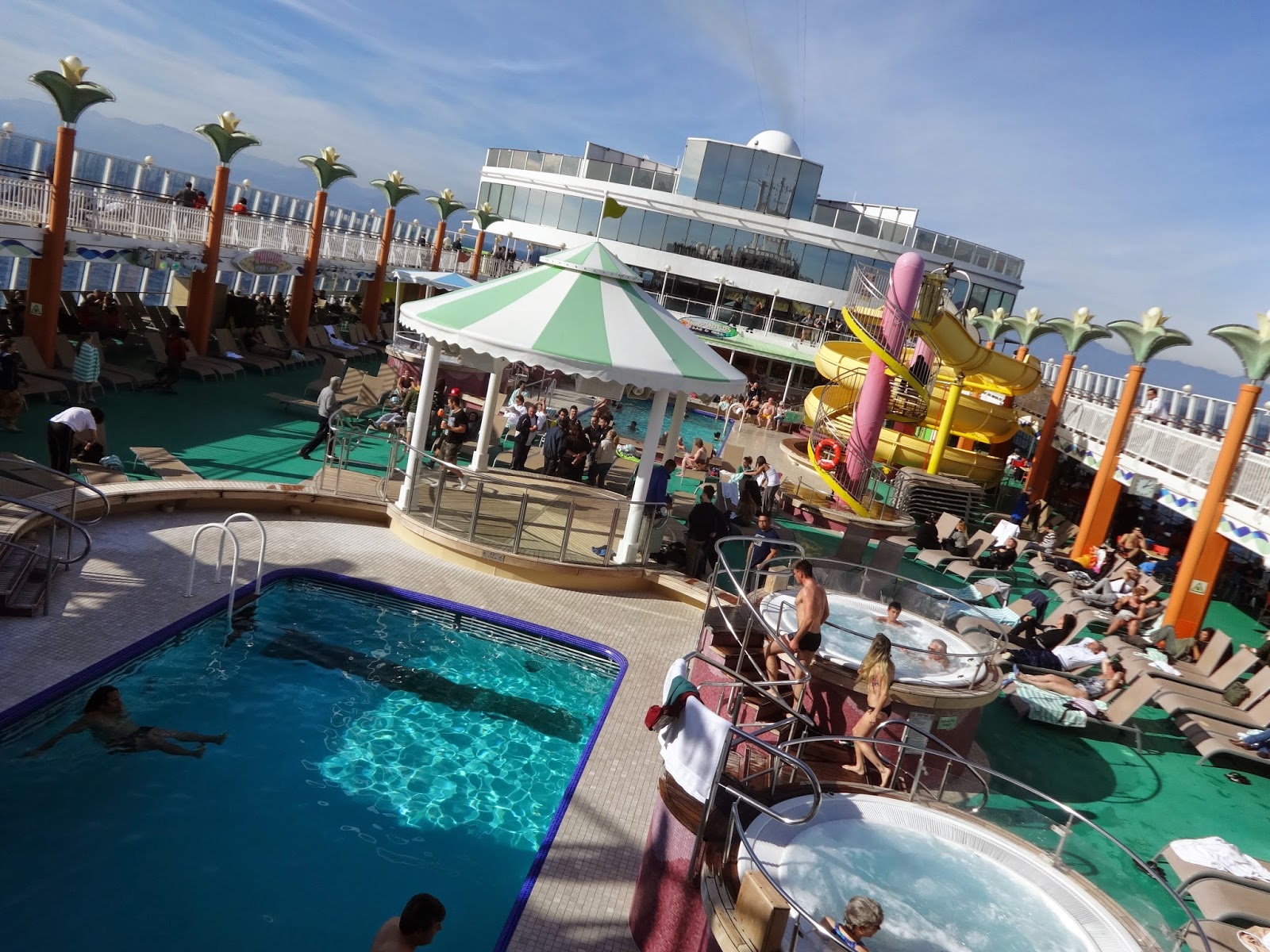 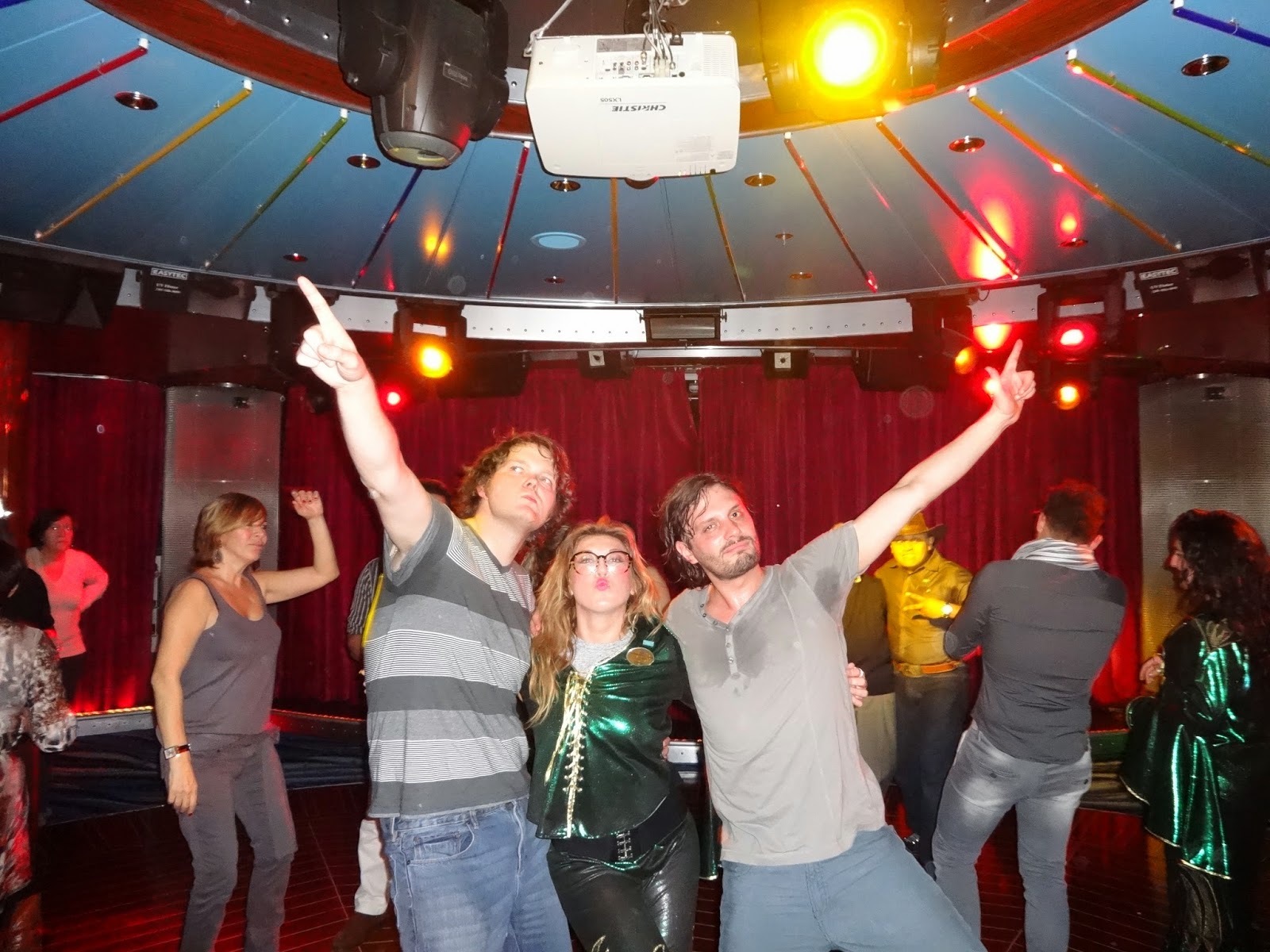 TJ continued his tradition of entering contests on cruise ships.  This time it was a dance-off, and his partner was a crew member who looked exactly like Anna Kendrick.  He won fourth place, and an ugly t-shirt. 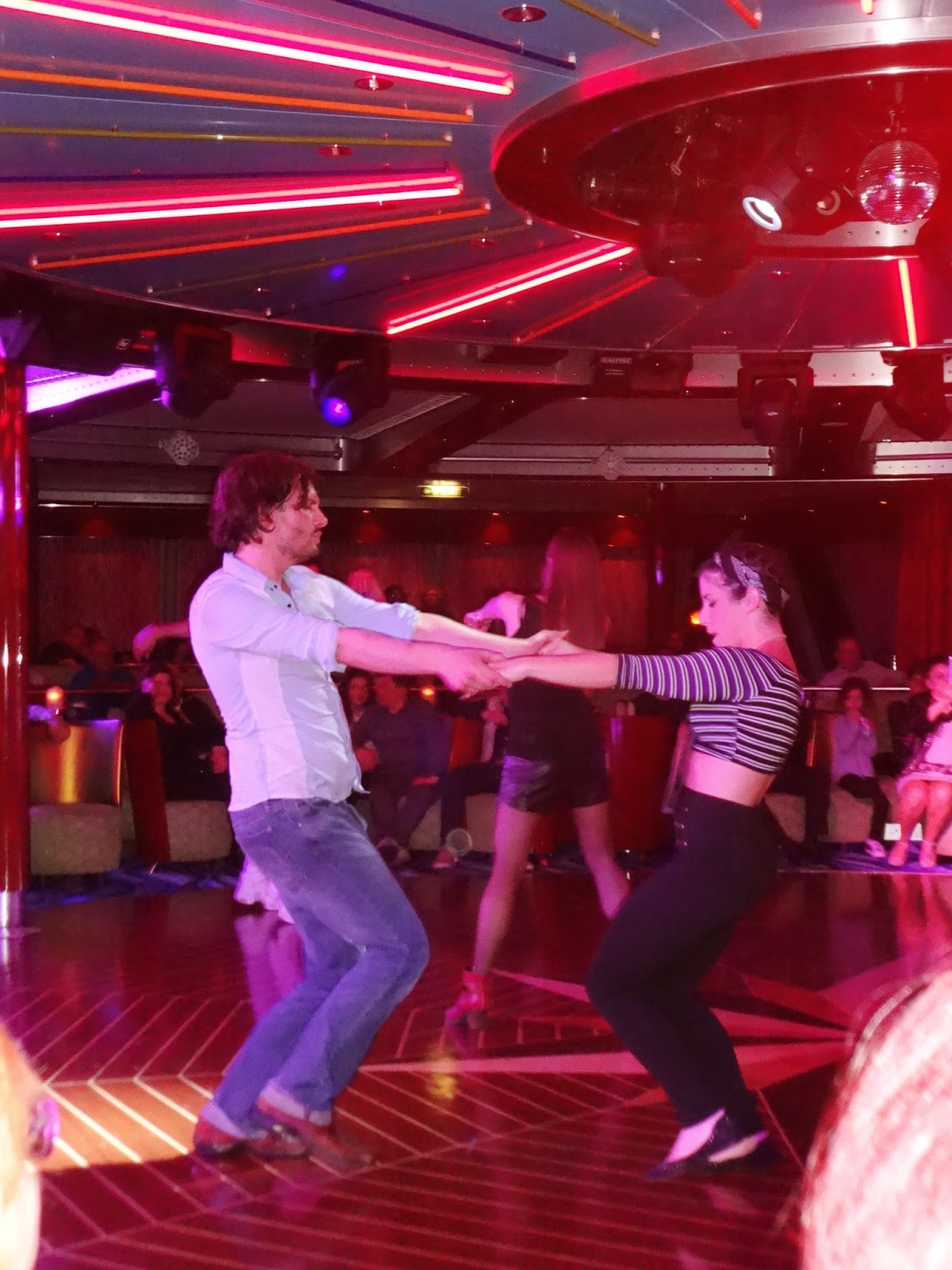 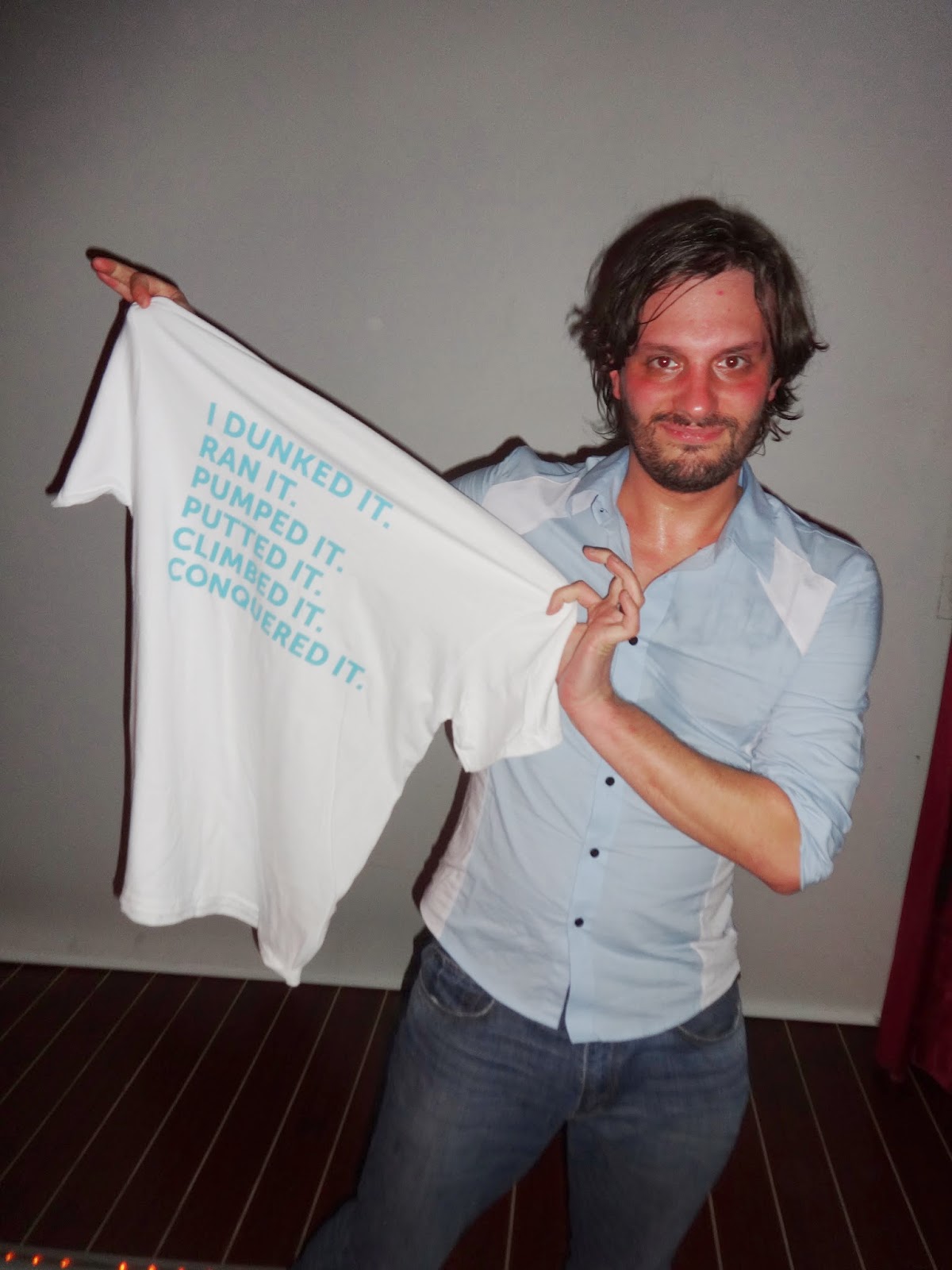 We also met two gay couples and their lady friend that had come all the way from Venezuela.  We spent time with them every day, whether it be a quick breakfast, evening drinks, or uncomfortable dips in the still-to-cold-to-swim-because-it's-January pool.  It's always fun to make new friends on cruise vessels.  It helps to break up the monotony of the sea, and makes you feel like you're at home.  We're all Facebook buddies now, but sure to never see each other again.  Such is life.

None of the above was any different than some variation of what we had experienced on our prior travels with Carnival.  So what, exactly, did Norwegian's perceived extra level of prestige offer us?

So glad you asked:


Things could have been worse.  The ship was rotating from an eastern to a western Mediterranean itinerary when we disembarked, and travelers had been offered, at time of booking, to do two back-to-back cruises so that they could experience both journeys.  When we embarked, I thought it sounded pretty awesome and was jealous that we weren't doing it.  By the time we disembarked, I could think of no greater torture.

We're already pondering our next vacation, and even our next cruise.  (In fact, I'm so behind on this blog that we've actually already taken another, shorter cruise…and sadly, that boat made the Norwegian Jade look like a dream. More on that in due time.)

We aren't sure where our next long cruise will take us…but it probably won't be on a Norwegian ship.

Not that it was all bad.  As I said previously, the ports of call were spectacular.  Now that this ugly business is behind us, let's get back to the fun stuff.  See you next time!
Posted by Aaron at 11:15 AM