Tiberias and an Israel Potpourri

On Sunday, February 16th, we embarked with Susan on what would turn out to be a fast and furious three-stop tour.  First up was Tiberias, a city on the western shore of the Sea of Galilee.  The city was founded in 20 CE and named after the Roman emperor of the same name.  Tiberias is venerated as one of Judaism's Four Holy Cities, along with Jerusalem, Hebron and Safed. 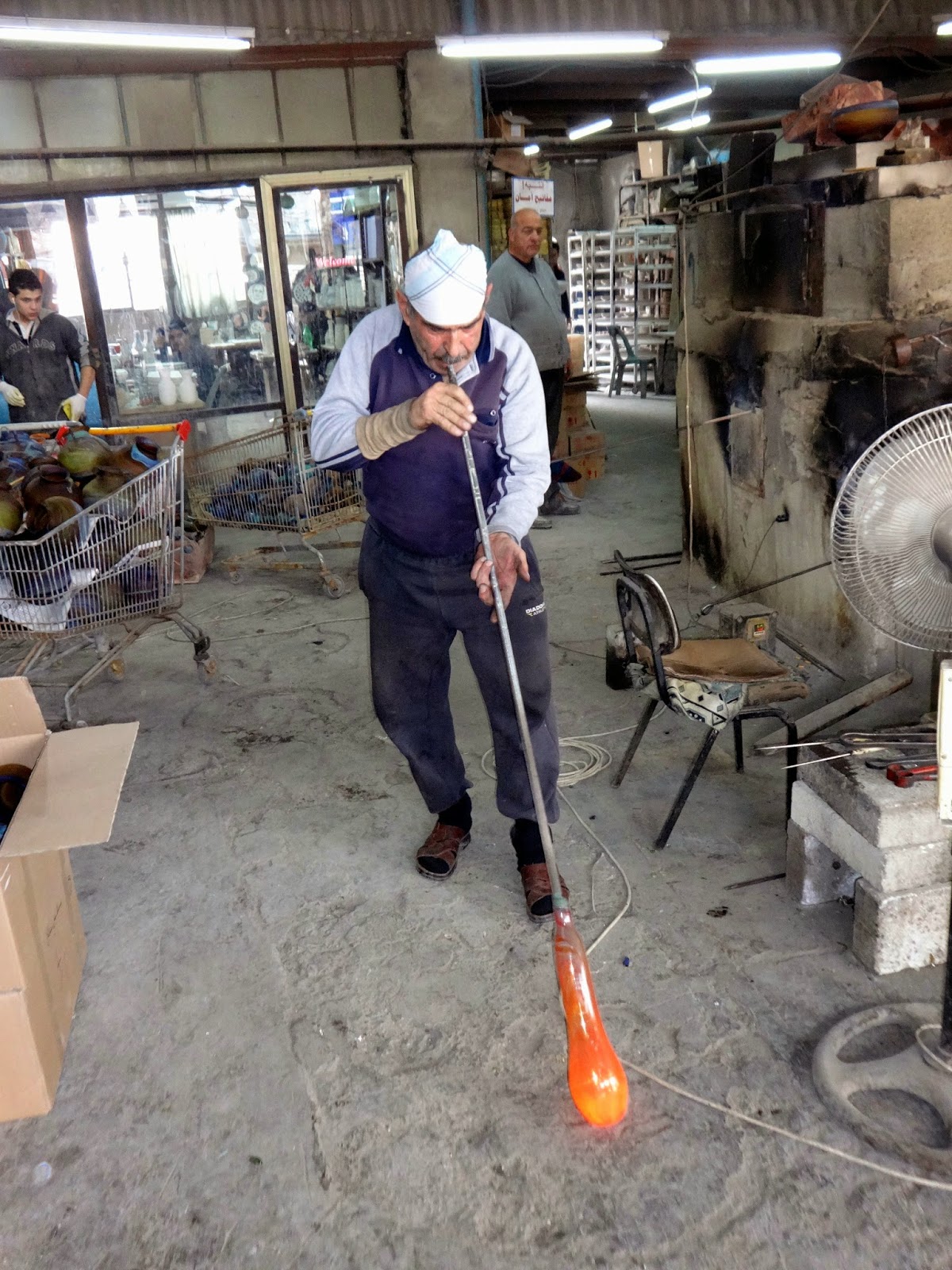 Regarding those four cities, it probably strikes you that I live in Jerusalem and have yet to really blog about the experience.  Frankly, it's been a rather glaring omission.  We shall get there, I assure you.  It's just a lot to wrap one's head around, especially given recent security concerns in light of the escalating Israeli/Palestinian conflict.

Hebron is a city located in the West Bank that work has not currently authorized us to travel to, though we did have one work-sponsored trip there on January 26th for purposes of visiting a glass factory.  A delicious lunch was also served…but, since a short visit to a glass factory doesn't really support it's own lengthy blog post, let's just share some pics of that before moving on. 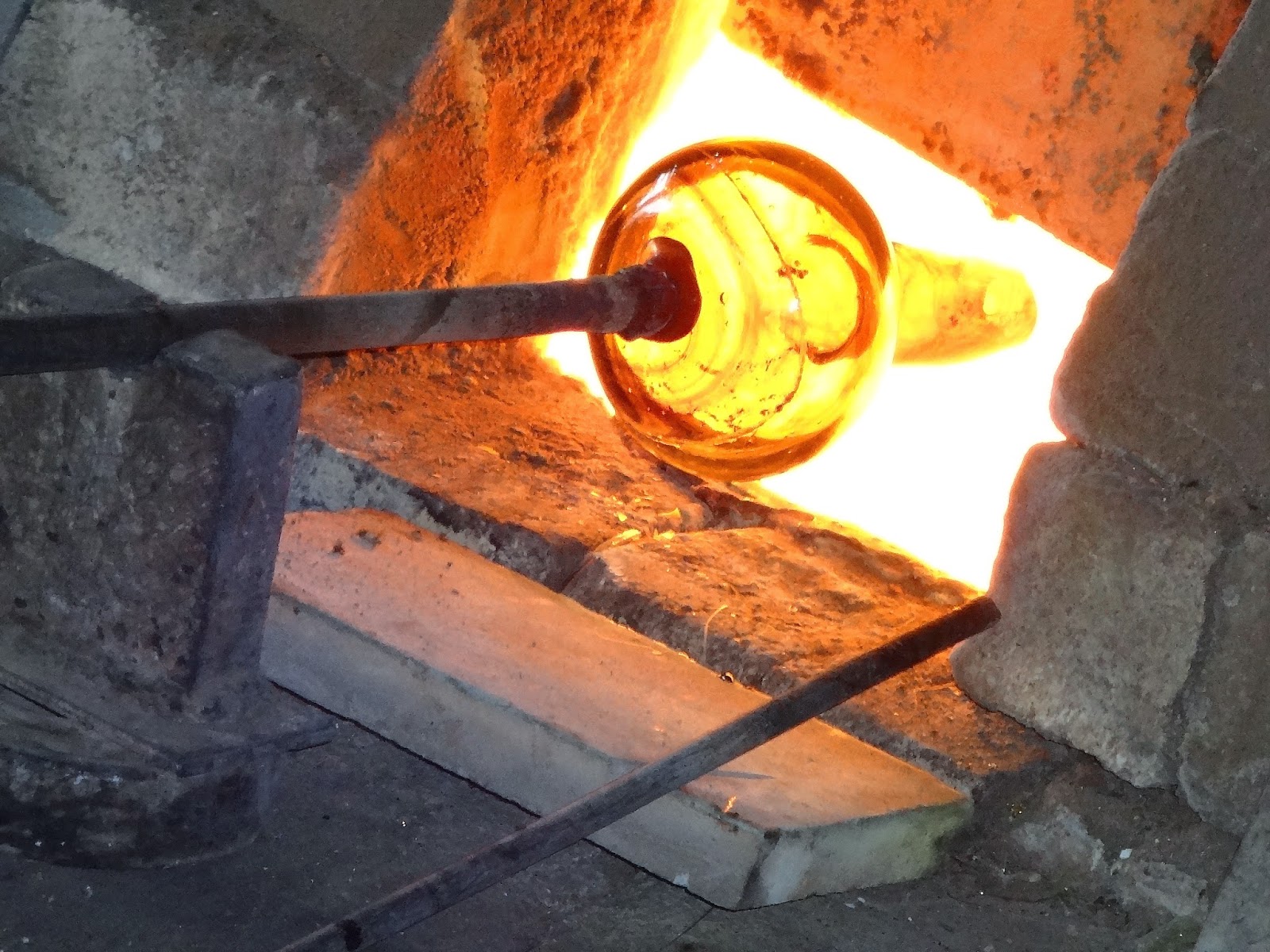 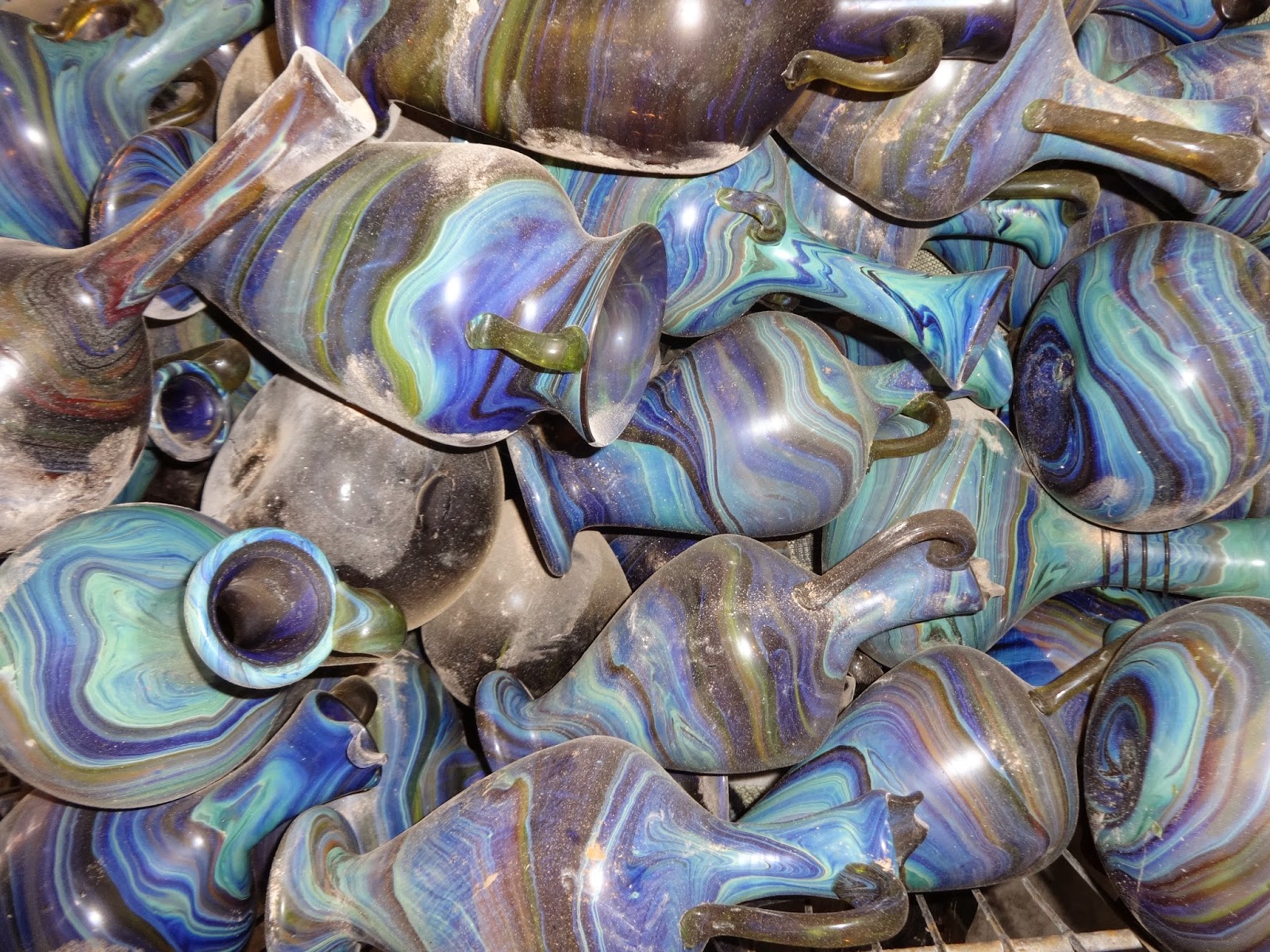 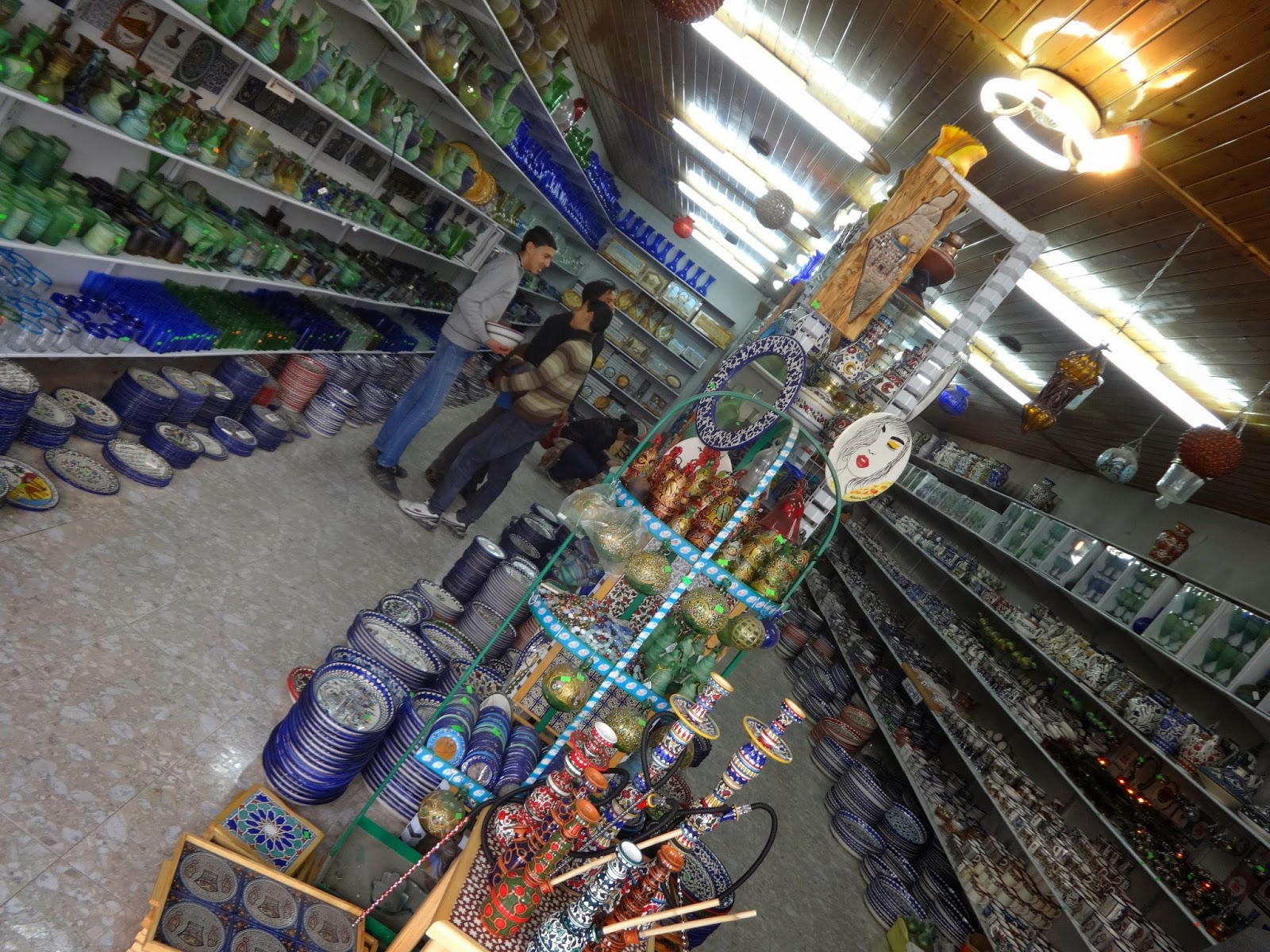 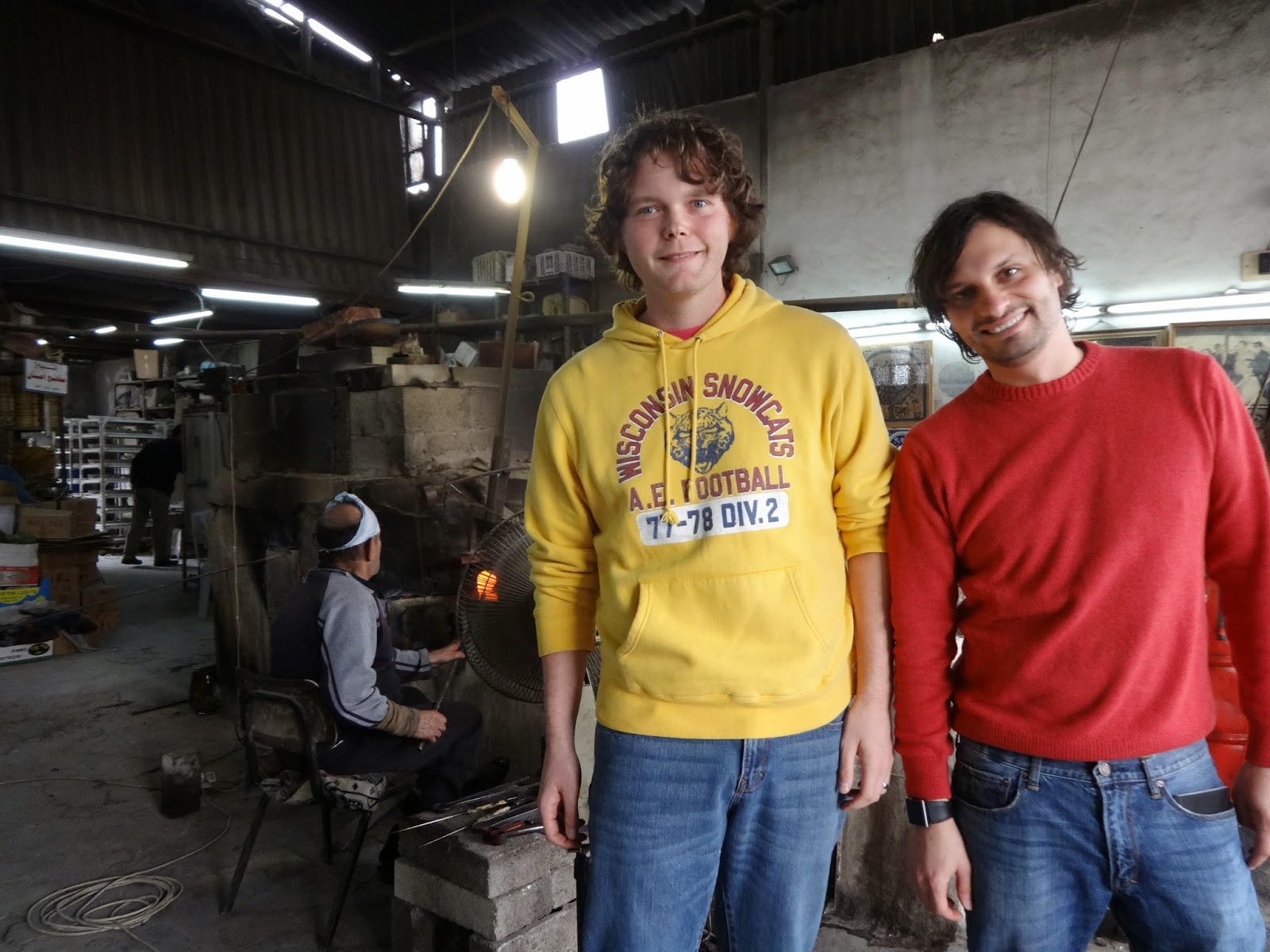 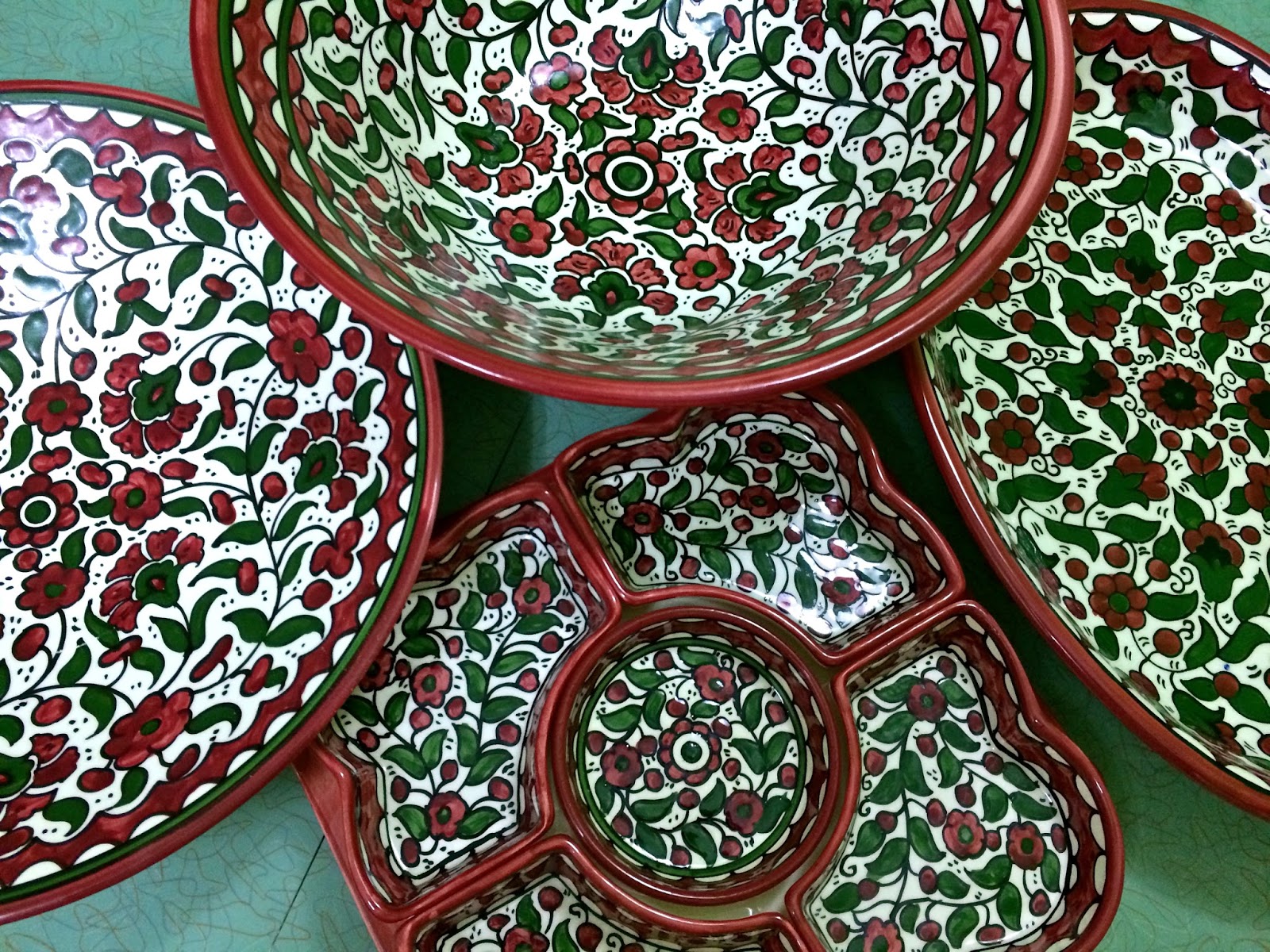 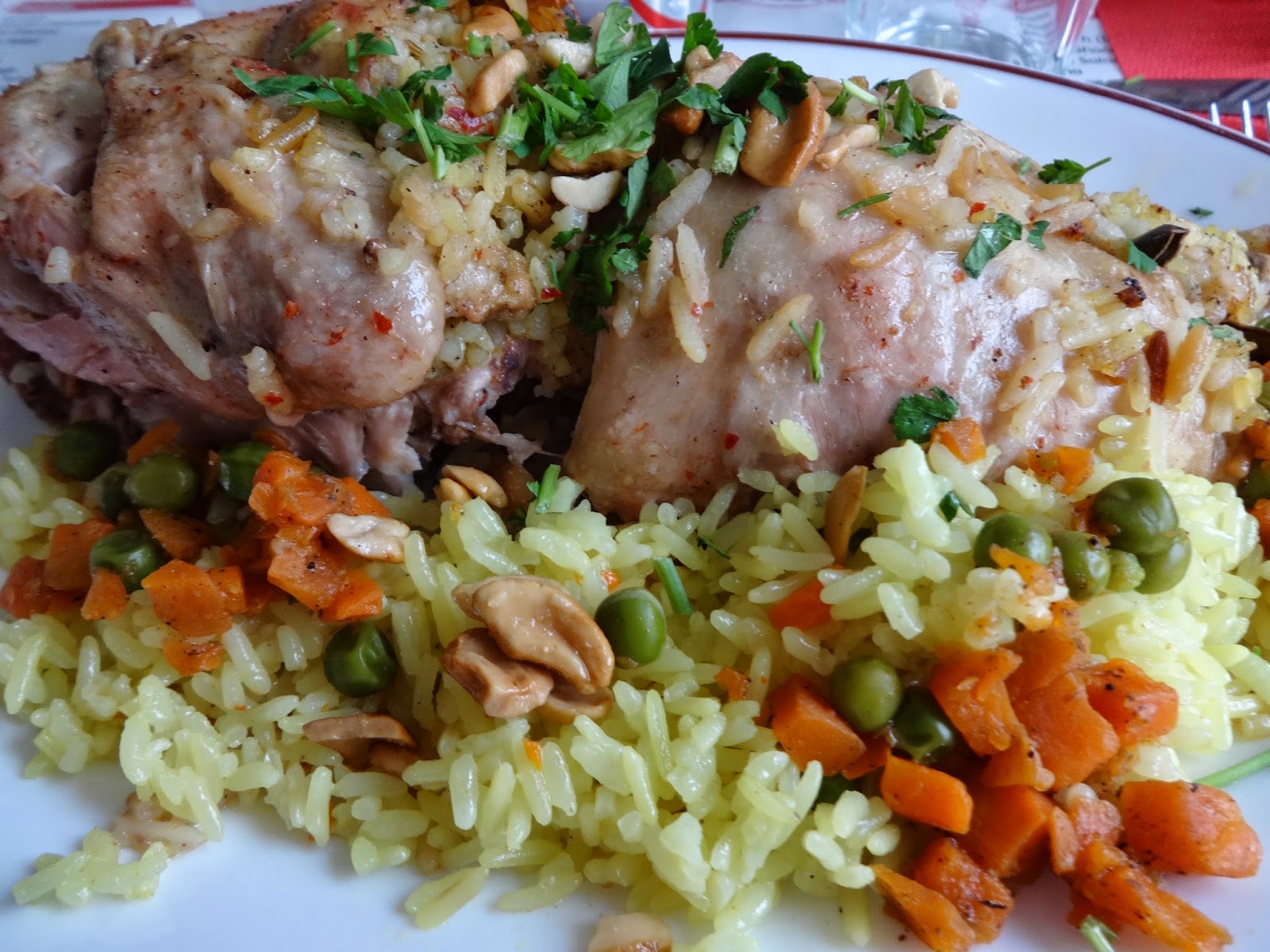 As for Safed, it would end up being the second stop in today's tour.  But, as I said, first up was Tiberias.

As we approached Tiberias, I was elated to discover that the city boasted its own Rachel's Tomb.  Bethlehem has one as well and, as our plan was to take Susan there the following day, I simply knew it would be a marvelous idea to visit both and compare them.  Religion is full of duplicate, conflicting sites and I think it would be interesting to visit these contradictions if given the chance.

Sadly, I never got to visit Tiberias's version of the tomb.  We pulled up and TJ was immediately unimpressed by the outside.  I managed to escape the car and make a run for it, only to be shocked and appalled by the elk lodge feel of the entryway.  Rachel, wife of Jacob and mother to Joseph and Benjamin could certainly stand to do better than that.  Whether the rest of the tomb is more impressive is a mystery that must remain unsolved until a later date, for on this day, I simply admitted defeat and returned to the car with my head hung in shame. 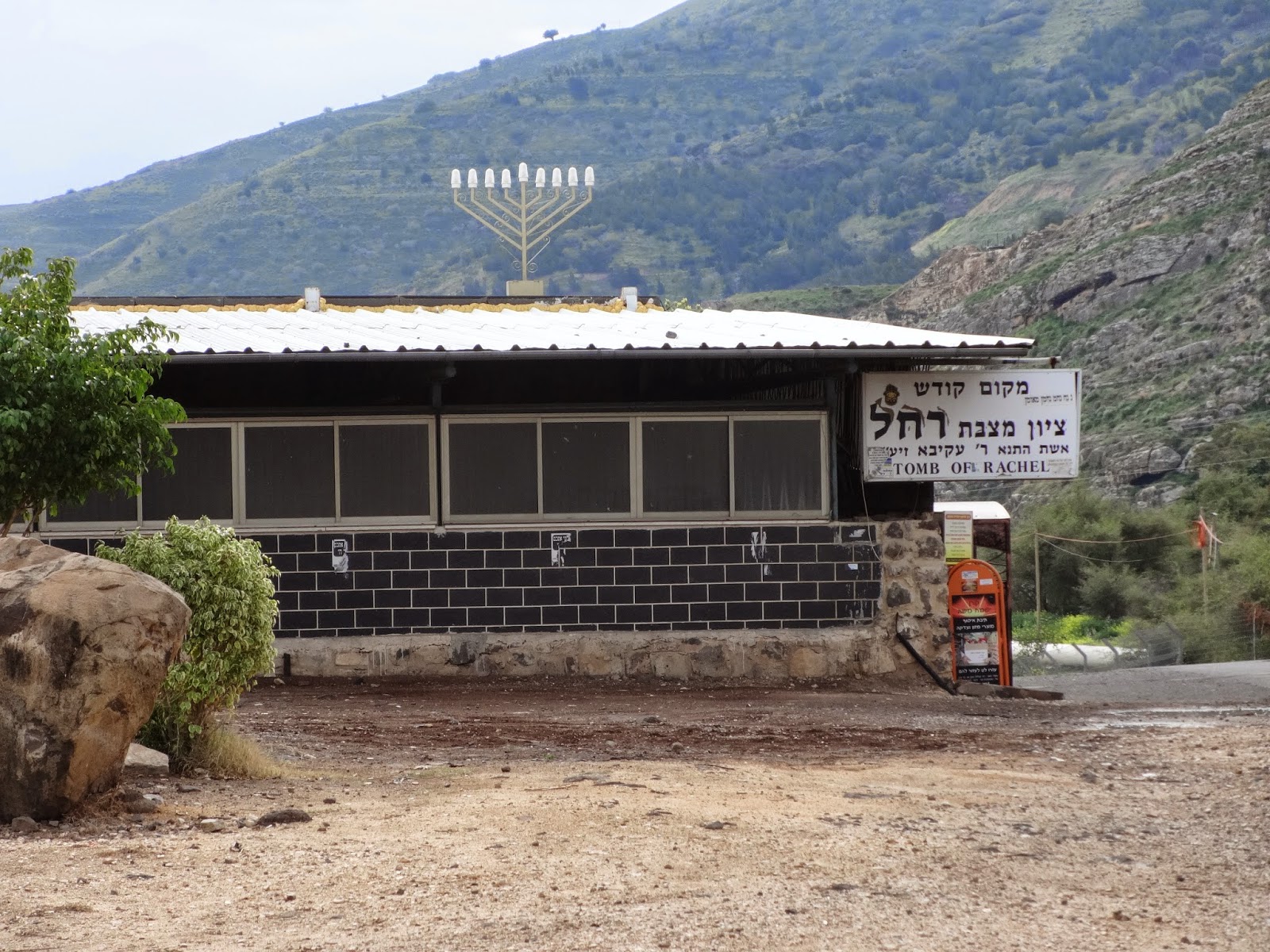 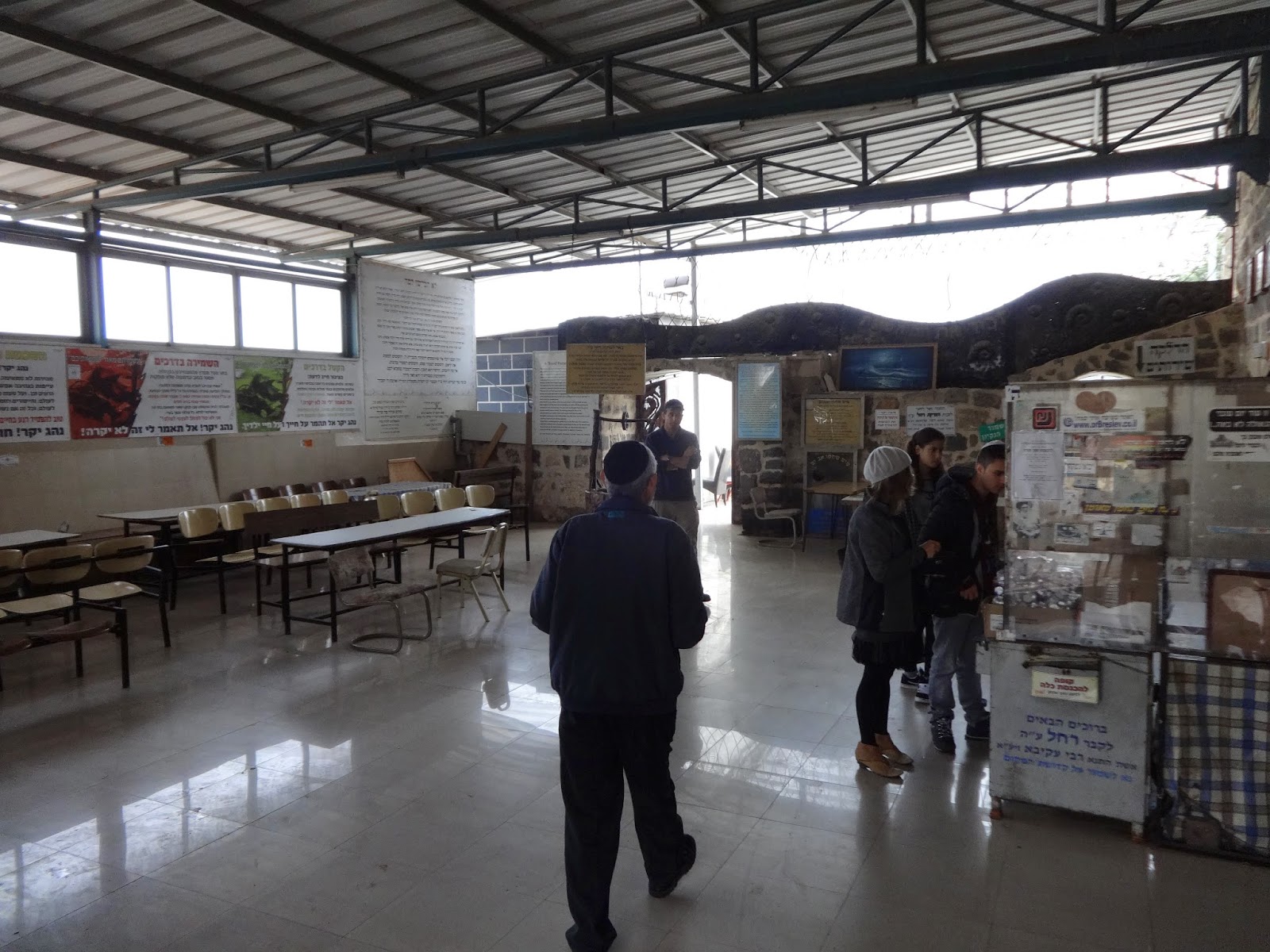 The guidebook next led us to  the Yigal Allon Pomenade which was touted as having many popular attractions.  First up was the Tiberias Open Air Museum, which really is just a fancy way of saying "sculpture garden and pedestrian walkway."  It ended up being my favorite part of the city, so here are several of the pieces on display. 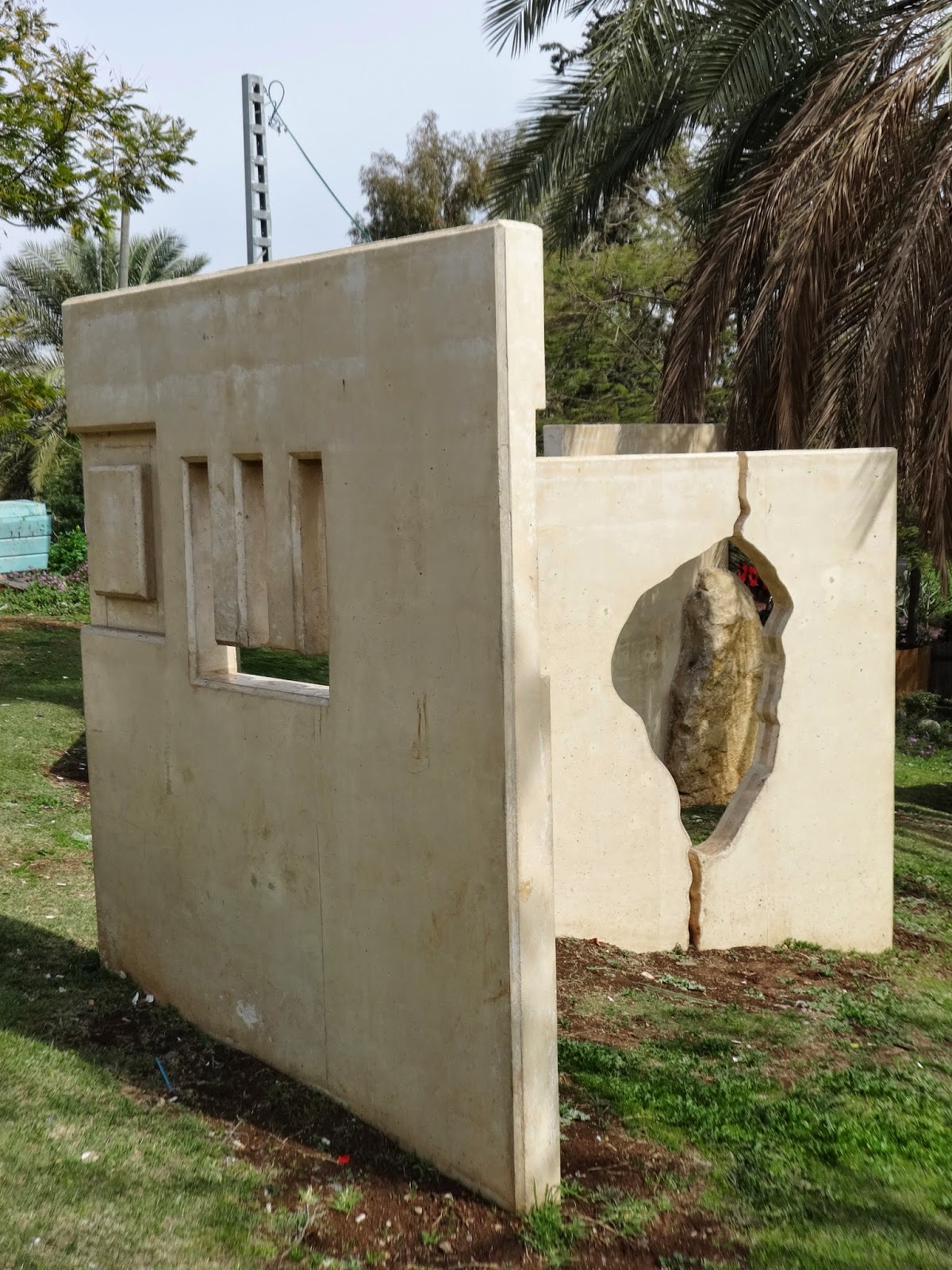 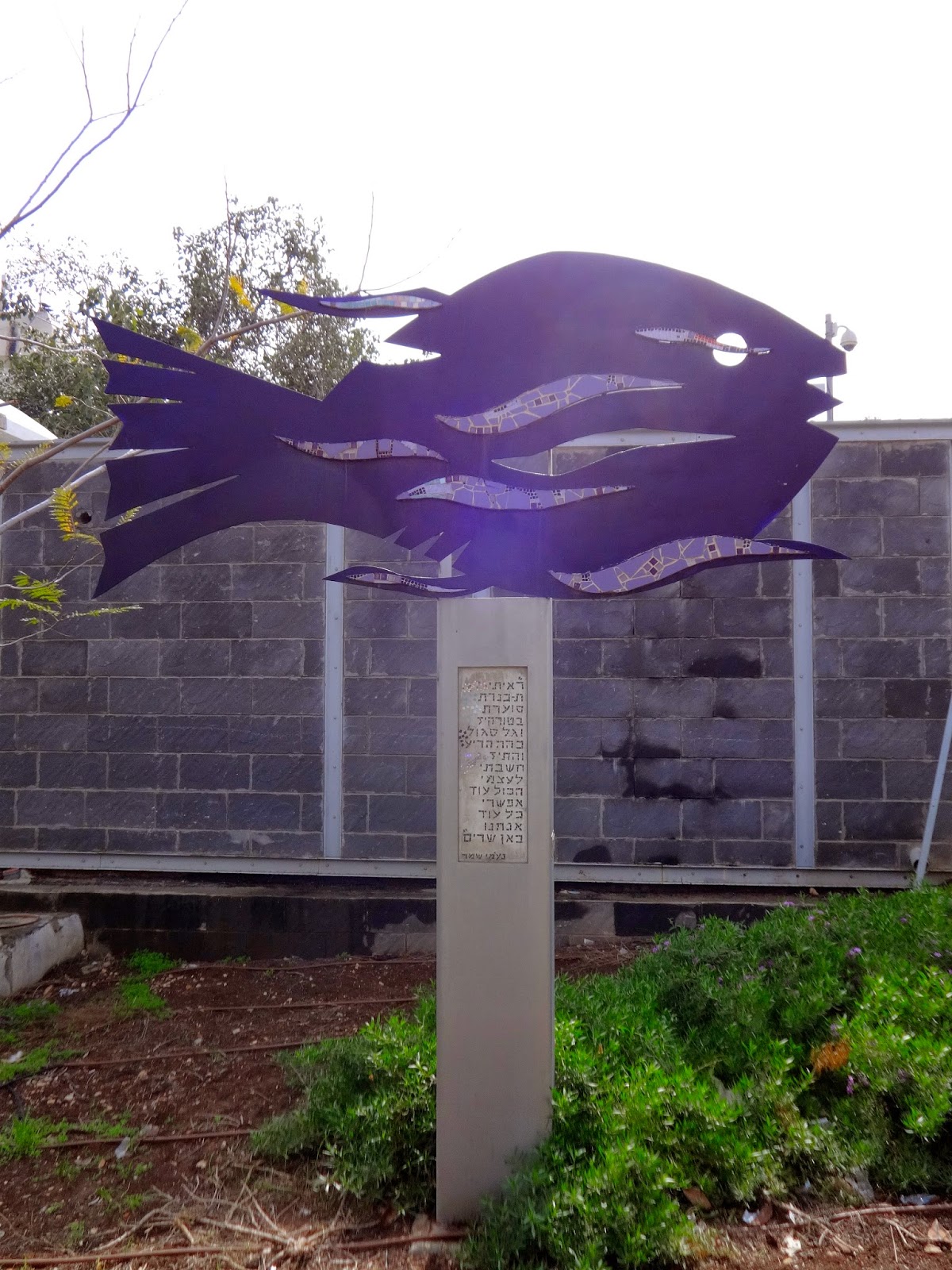 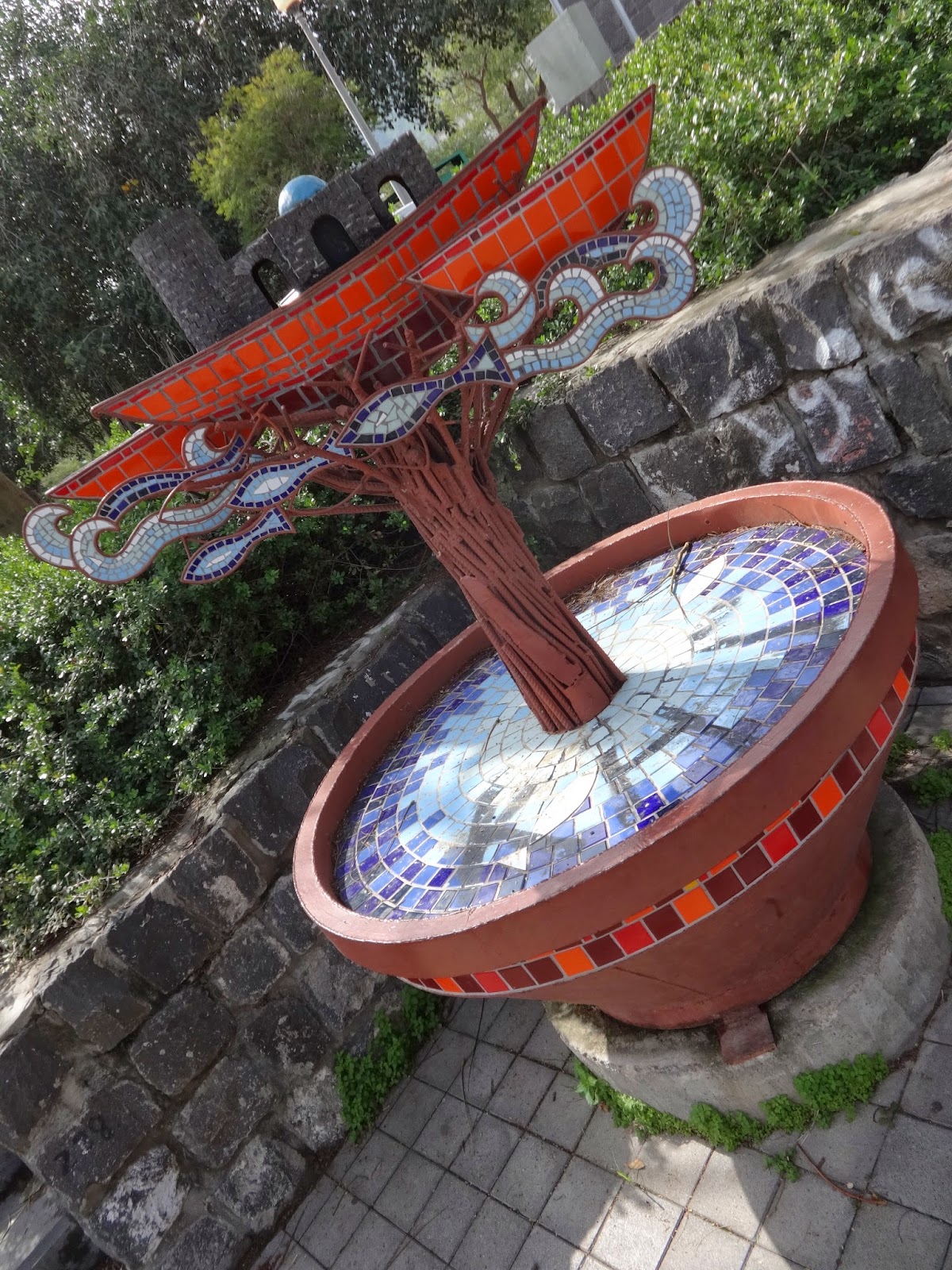 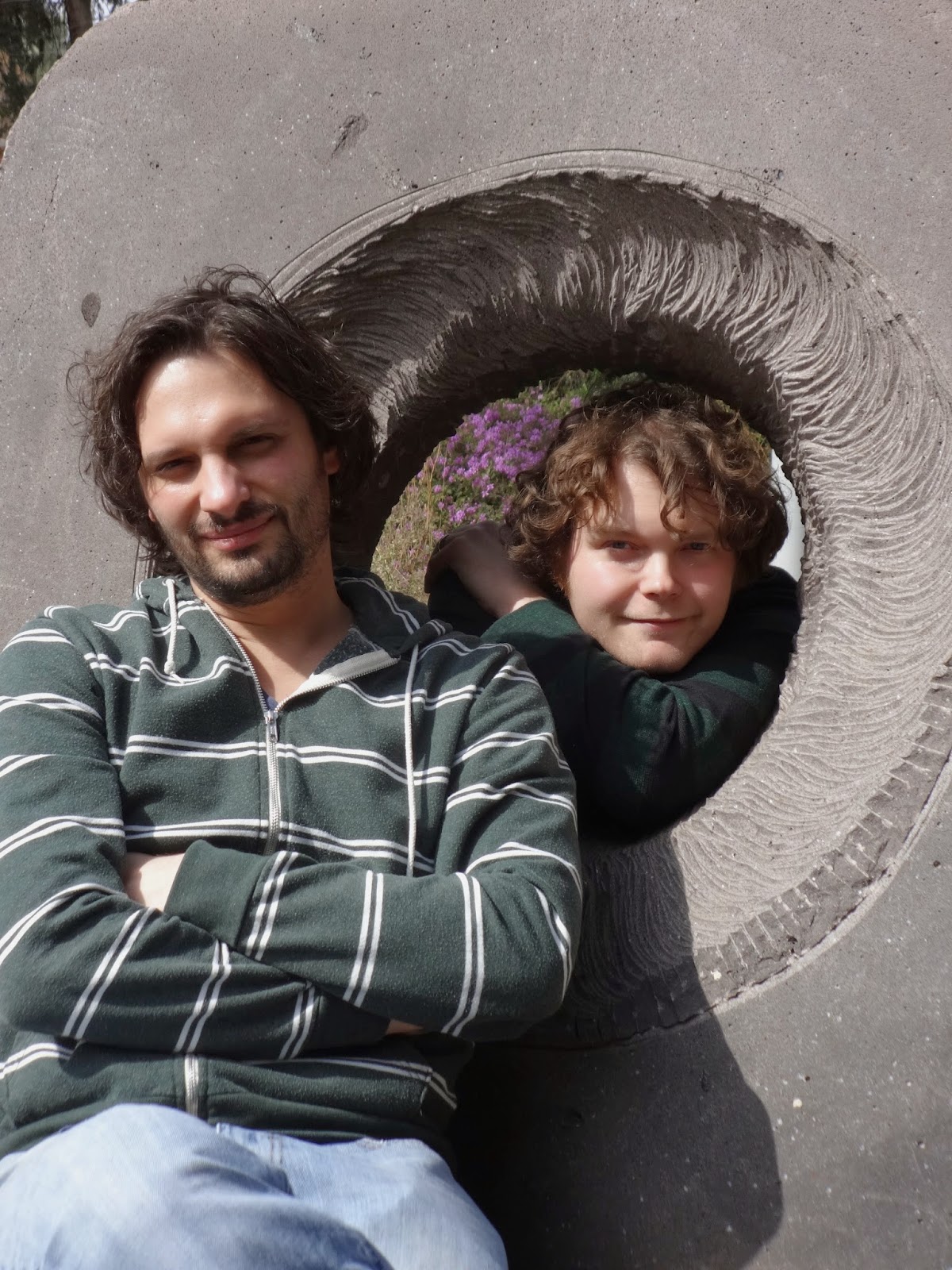 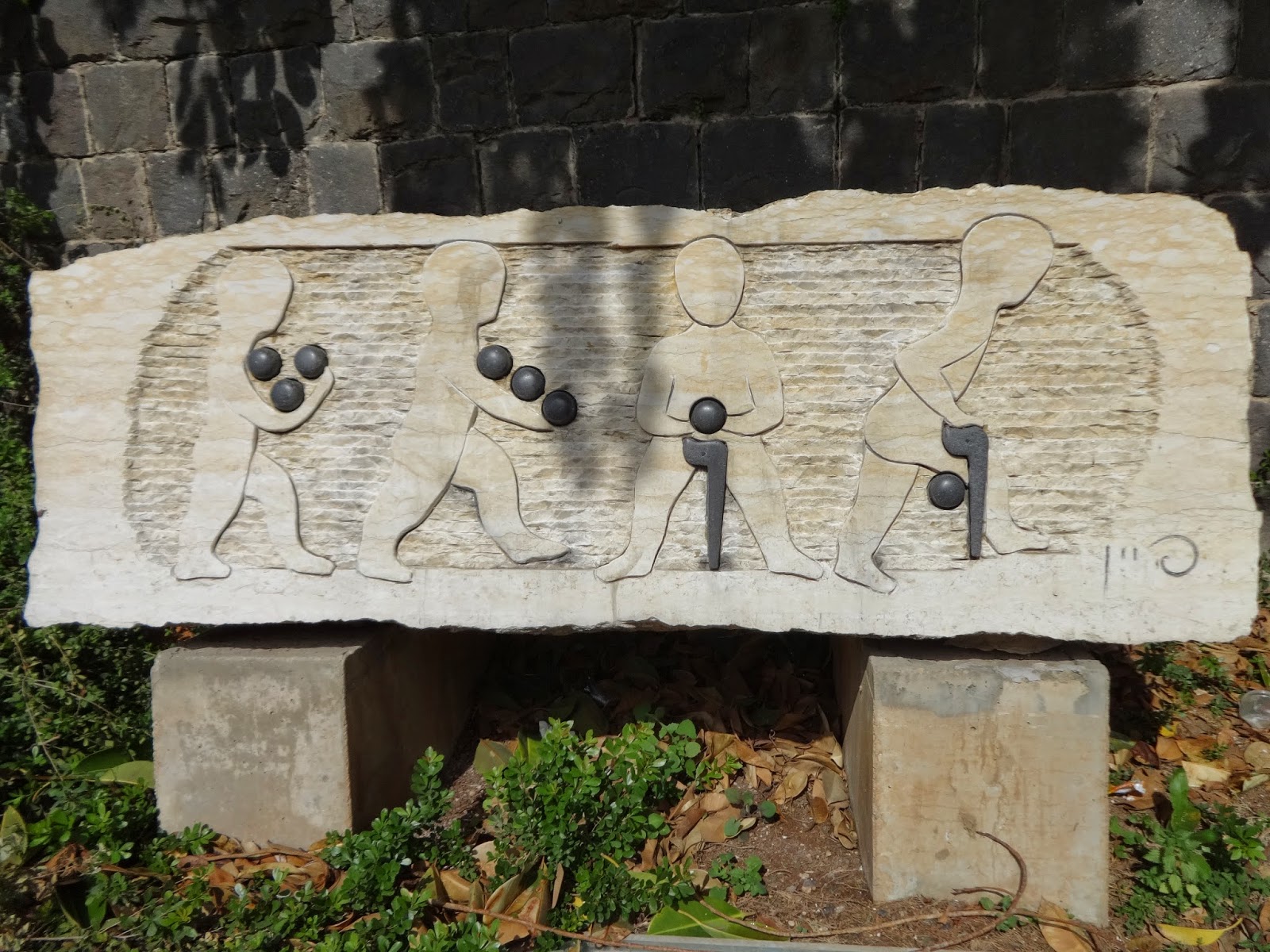 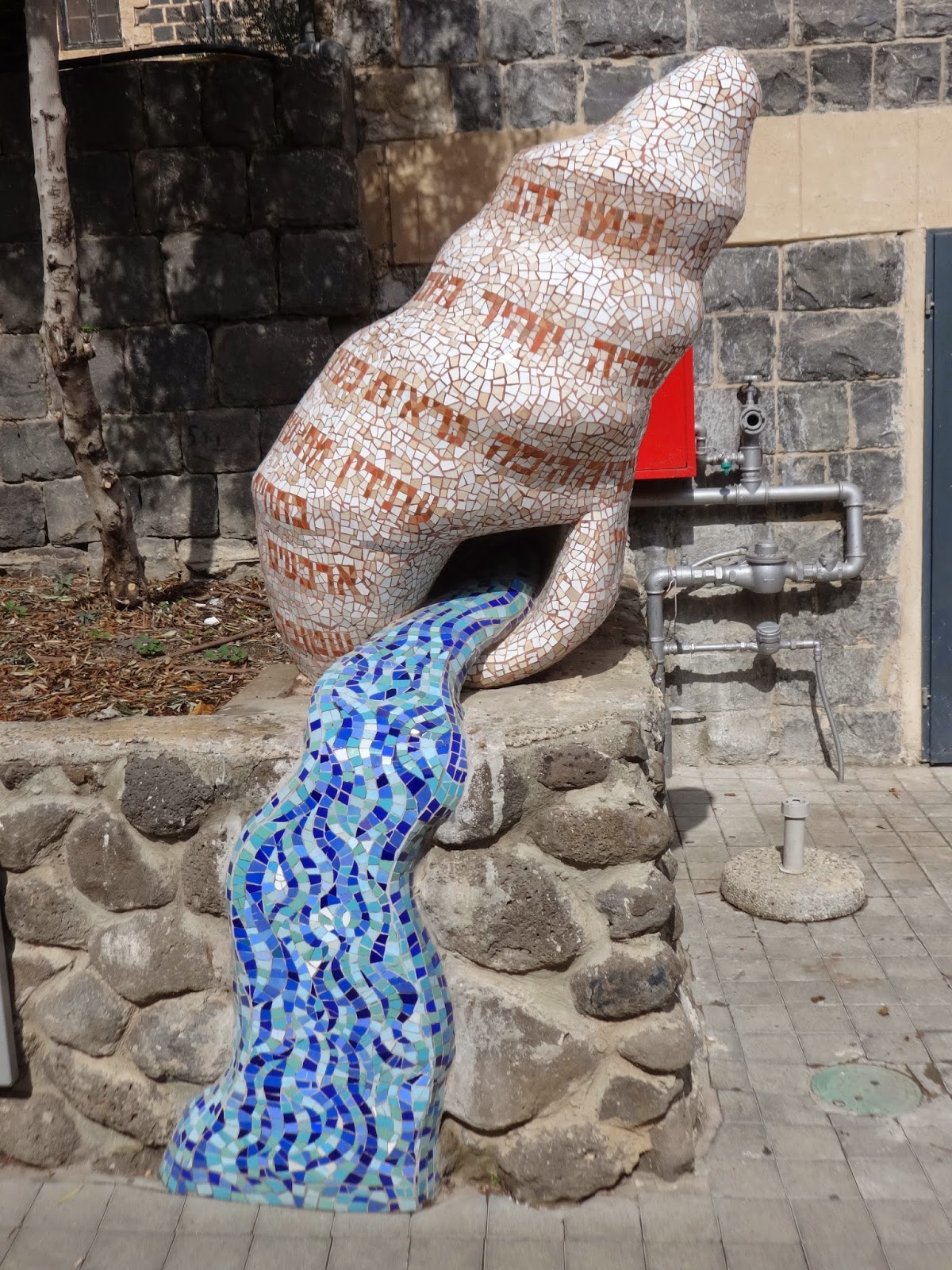 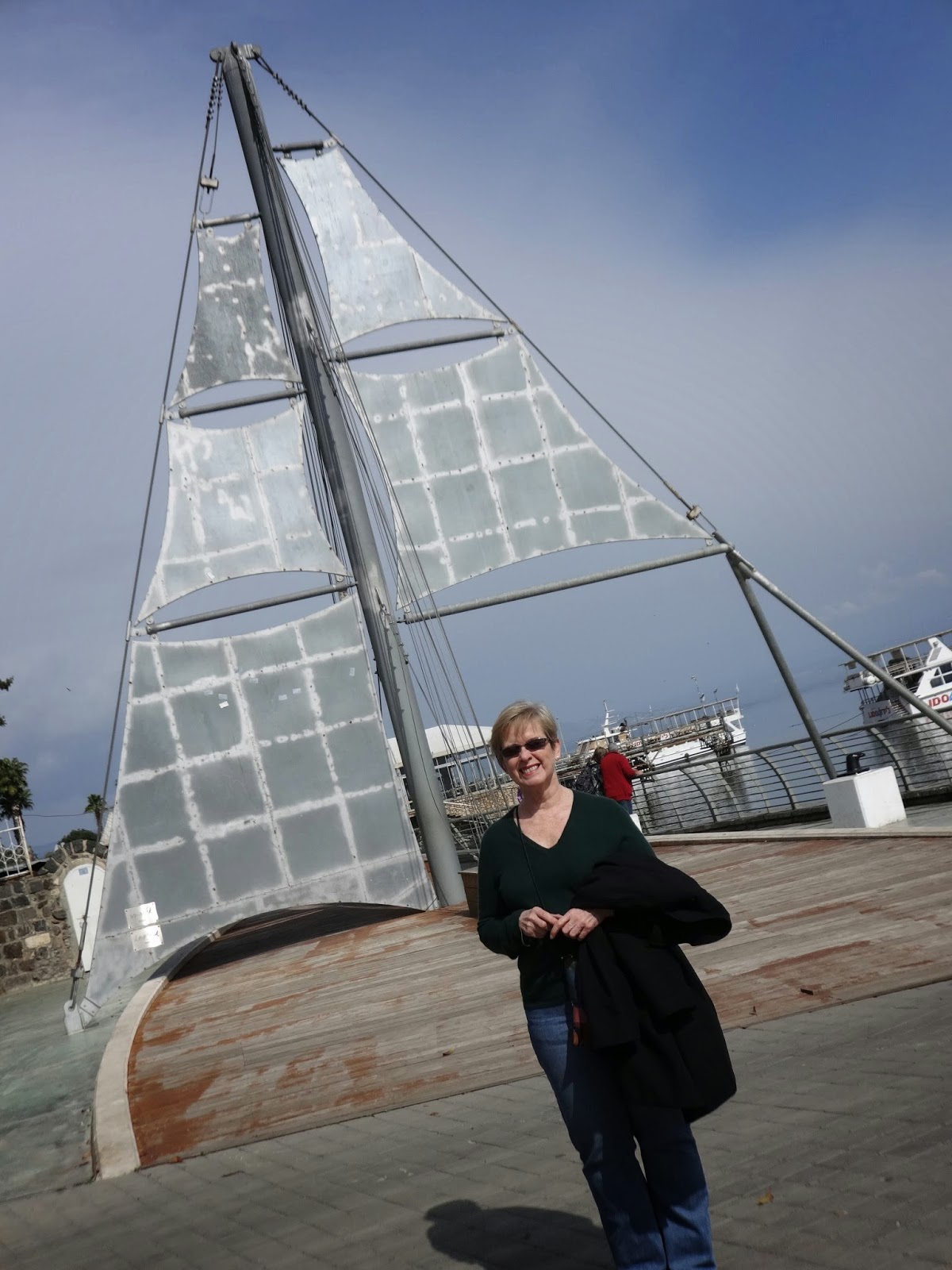 Left:  Migdalon (Arik Halfon)
Right:  Beats me. Forgot to snap a pic of the plaque.

Moving along, we stopped to admire the sea view.  To the best of my recollection, this was our first visit to the Sea of Galilee.  The Water Level Surveyor, located at the southern end of the Promenade, measures the depth of the lake to an accuracy of 1cm. 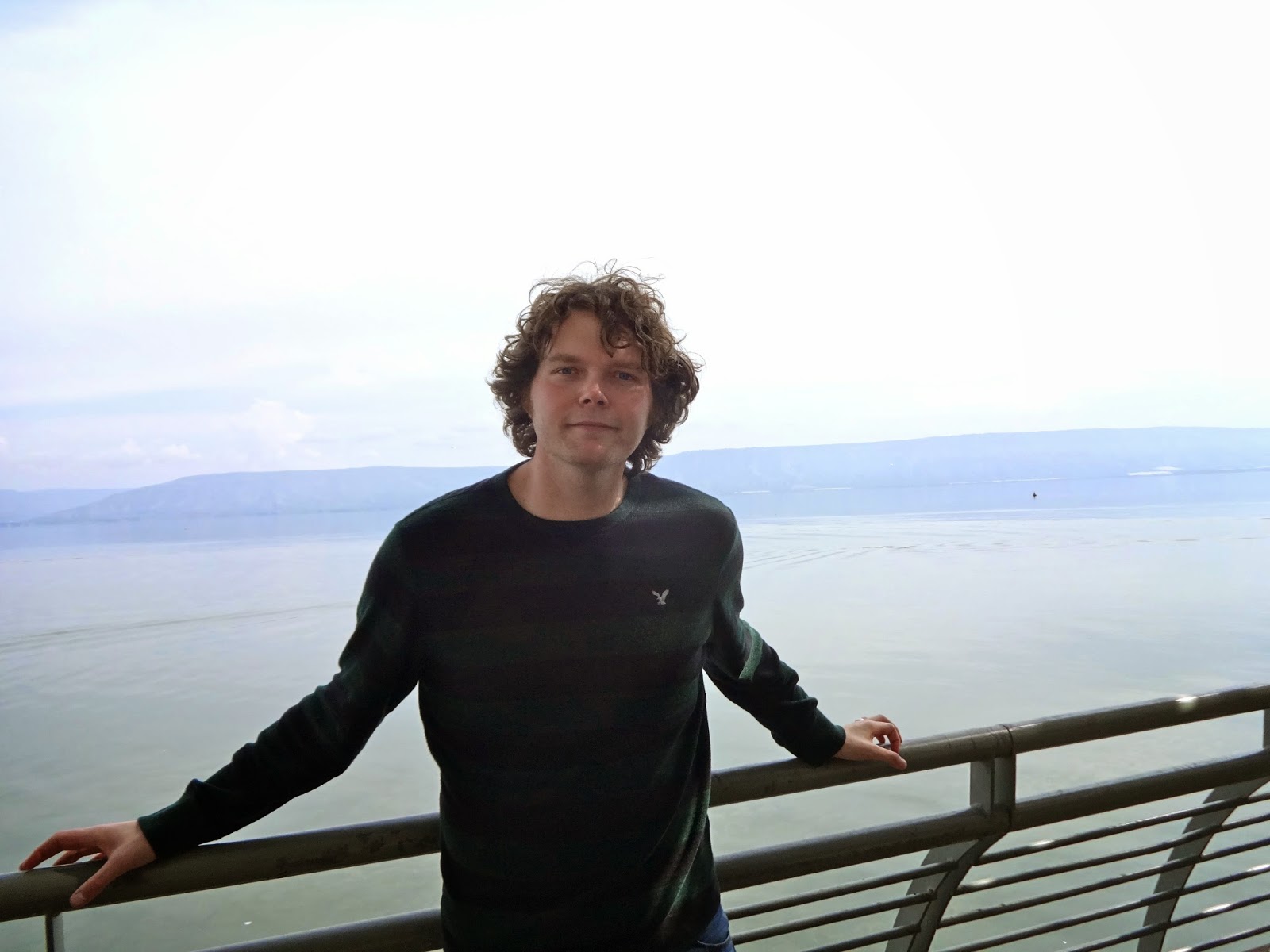 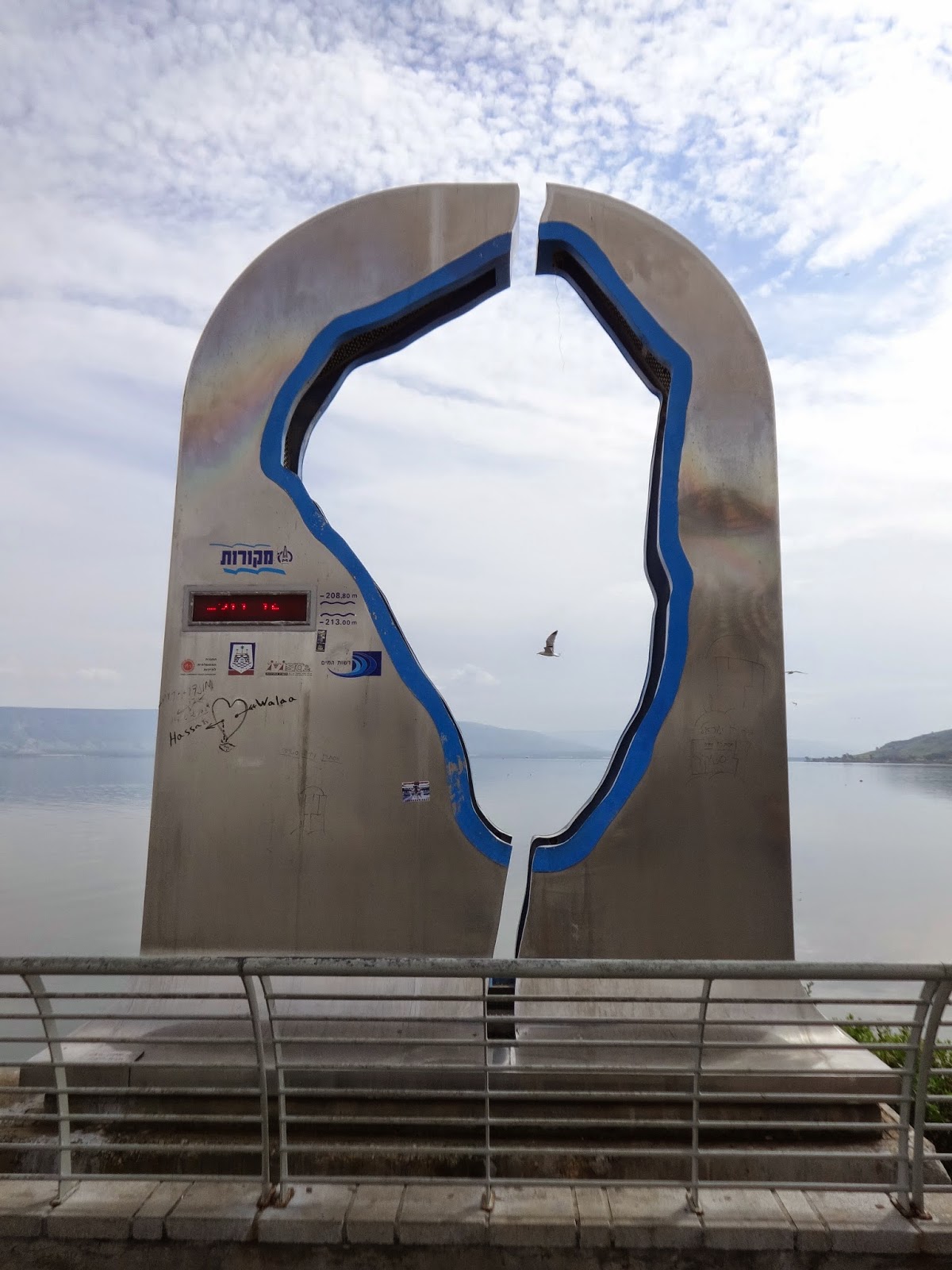 Moving down the boardwalk, we encountered the Al-Bahr mosque.  Once a beautiful house of worship, today the black basalt walls and white dome lay in a criminal state of disrepair, surrounded by restaurants and souvenir shops.  The mosque was built in the 18th century and featured a separate entrance for worshippers who arrived by boat. 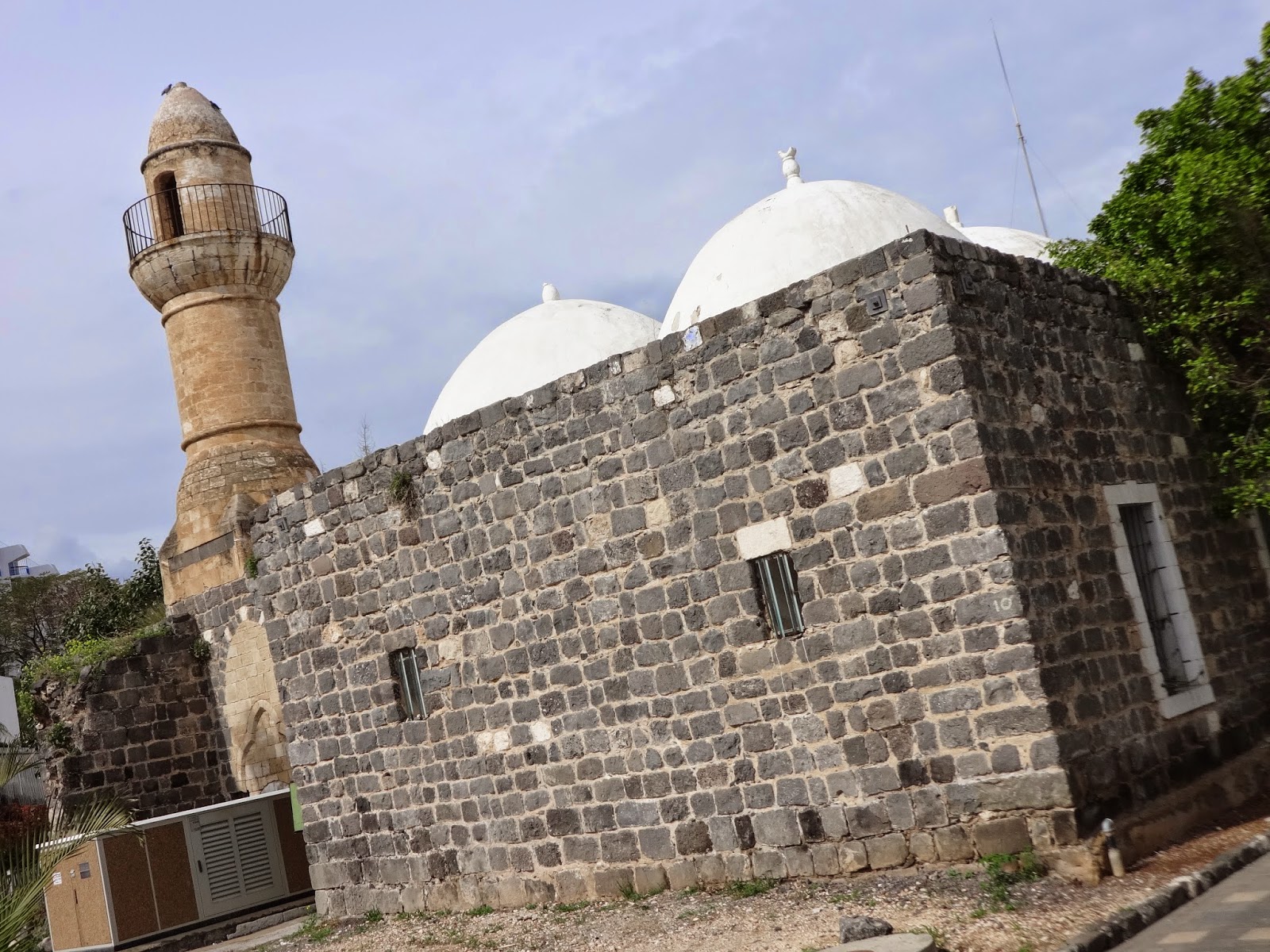 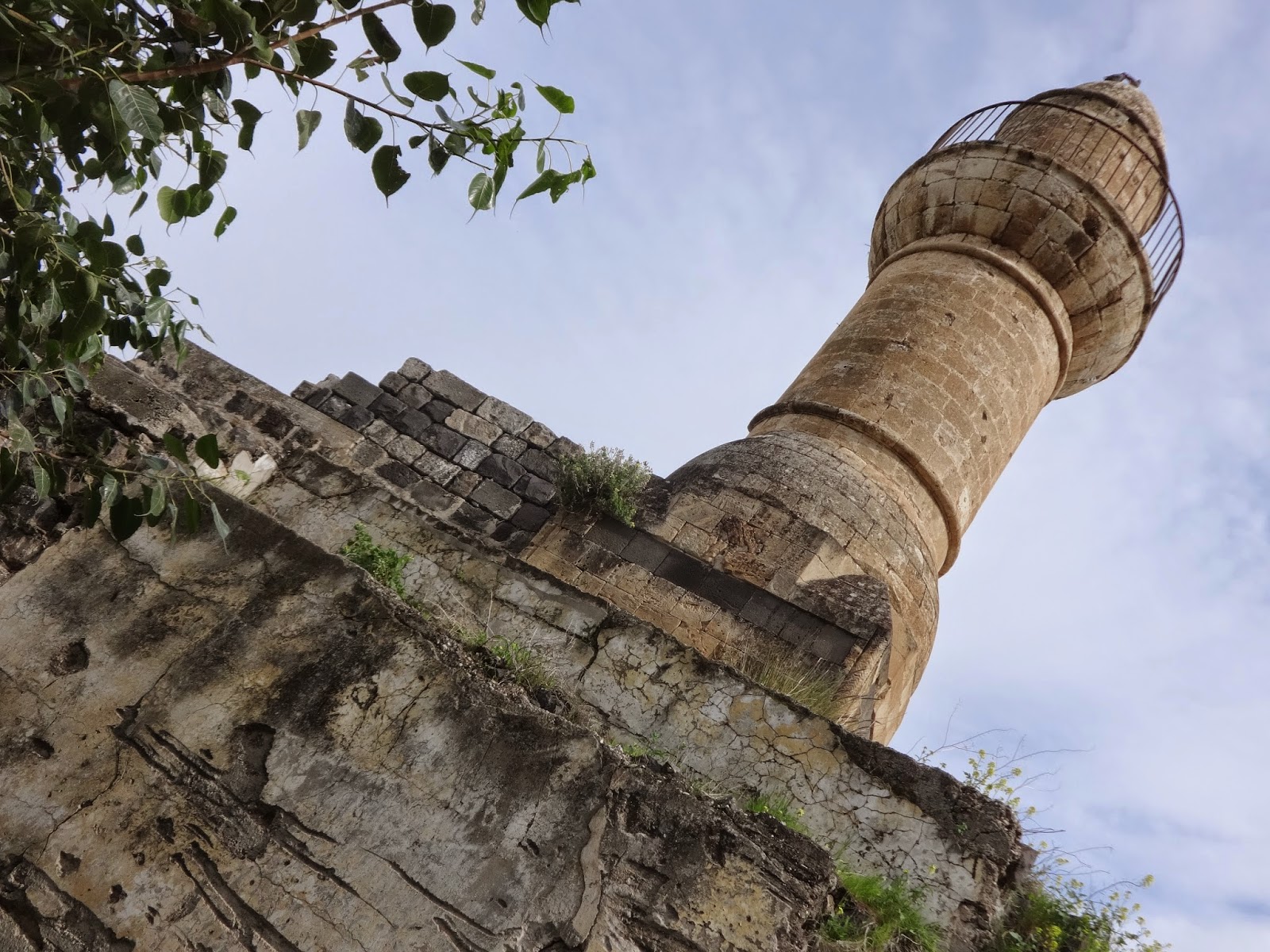 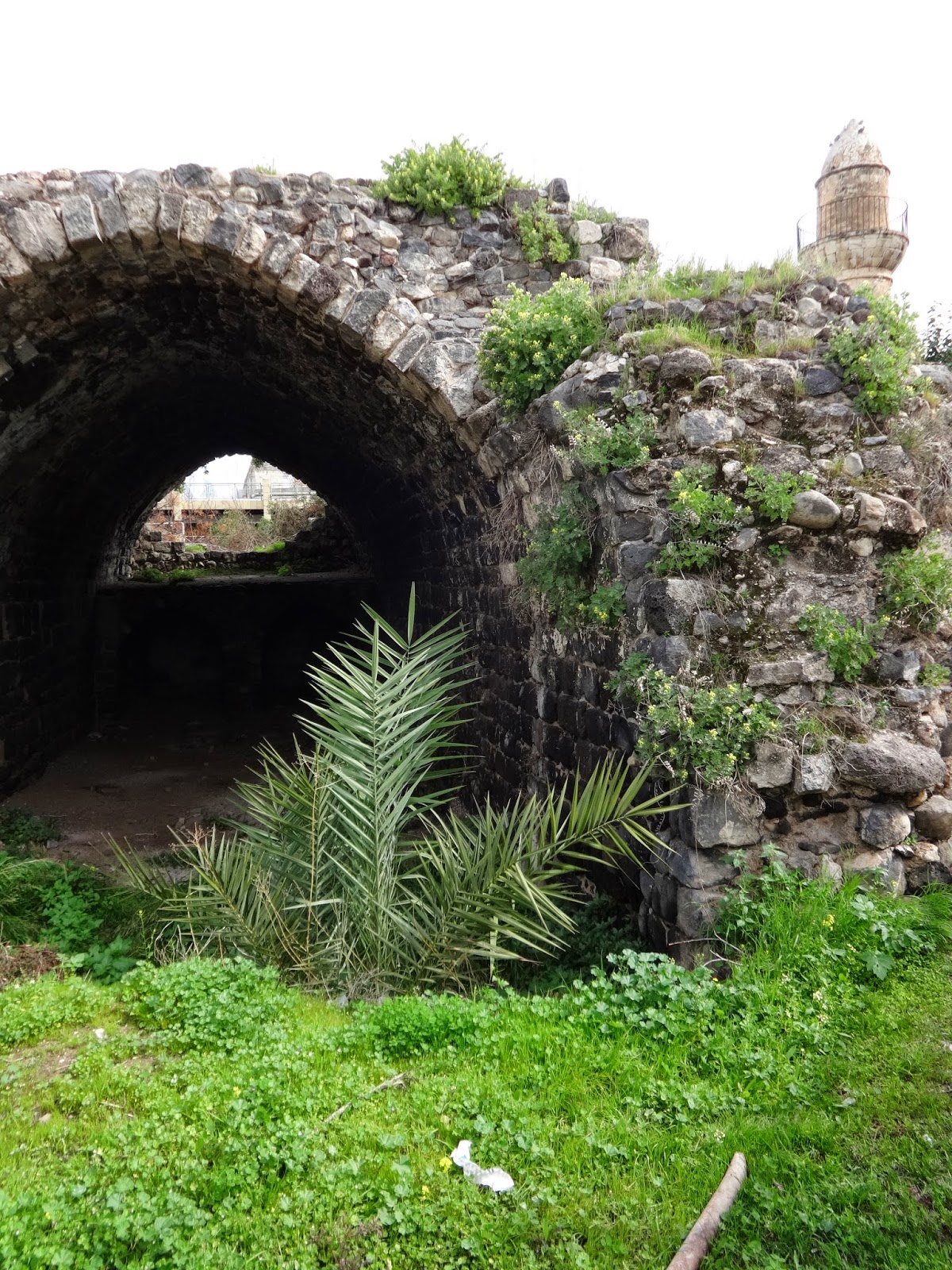 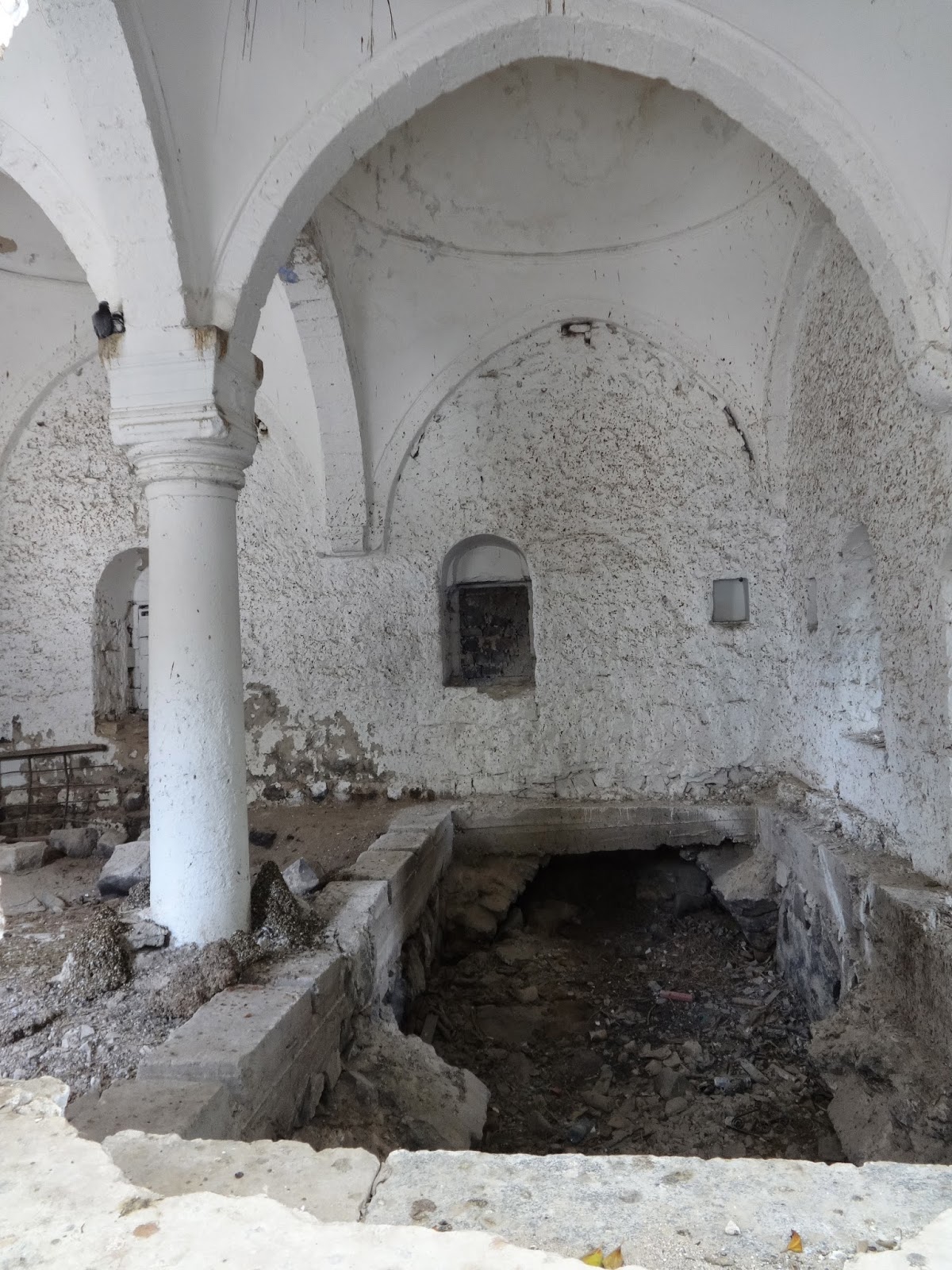 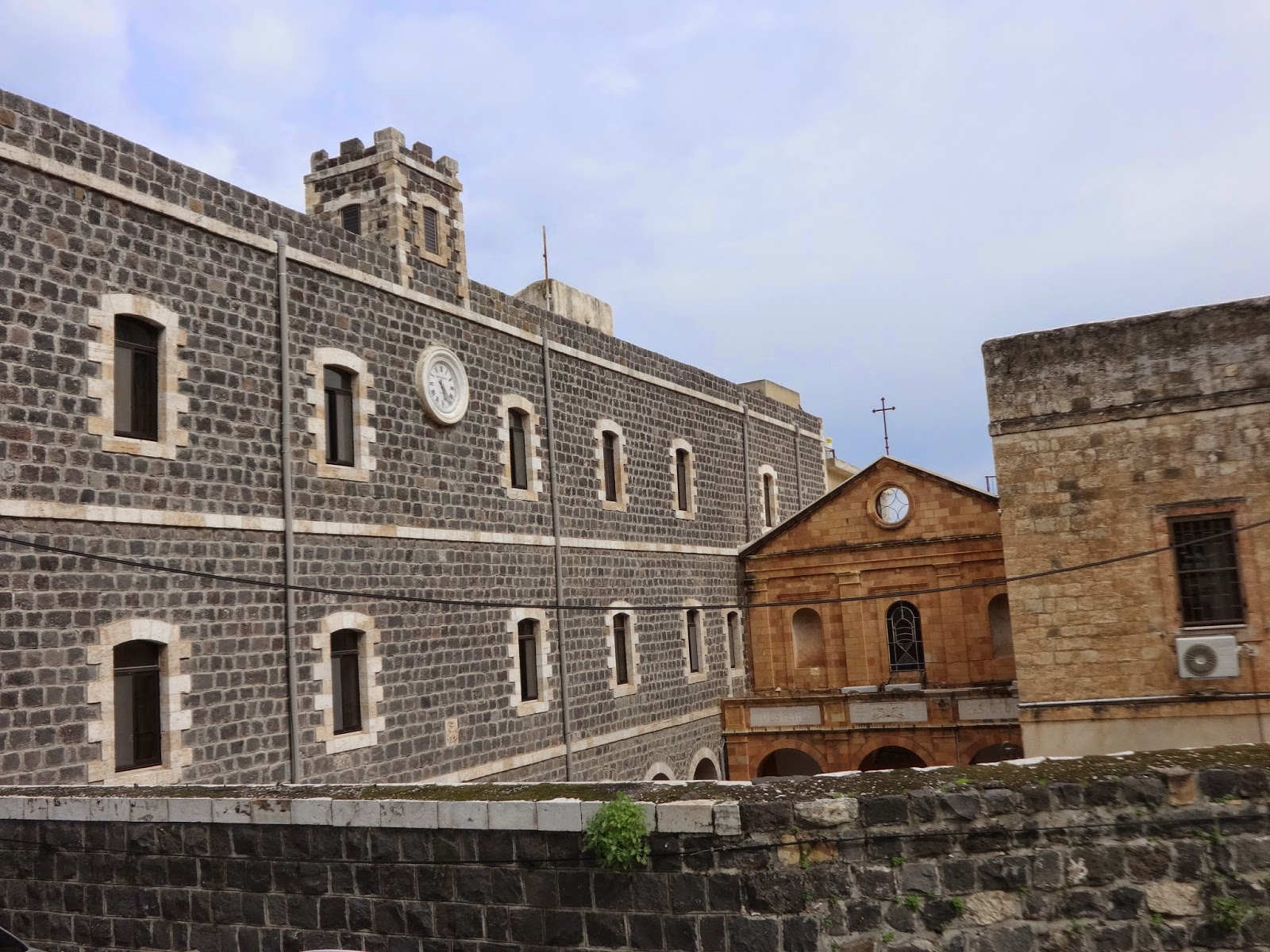 Our last stop in Tiberias was the Greek Orthodox Monastery, built in 1837.  Today, the site belongs tot he Greek Orthodox Patriarchy in Jerusalem, but in the 17th century it was the site of a Jewish synagogue called HASHALA (an acronym for the two stone tablets on which the Ten Commandments were engraved).  The monastery's leaning tower was erected by Daher El Omar on the basis of the walls built around the city by Crusaders.  It has become a symbol of the city. 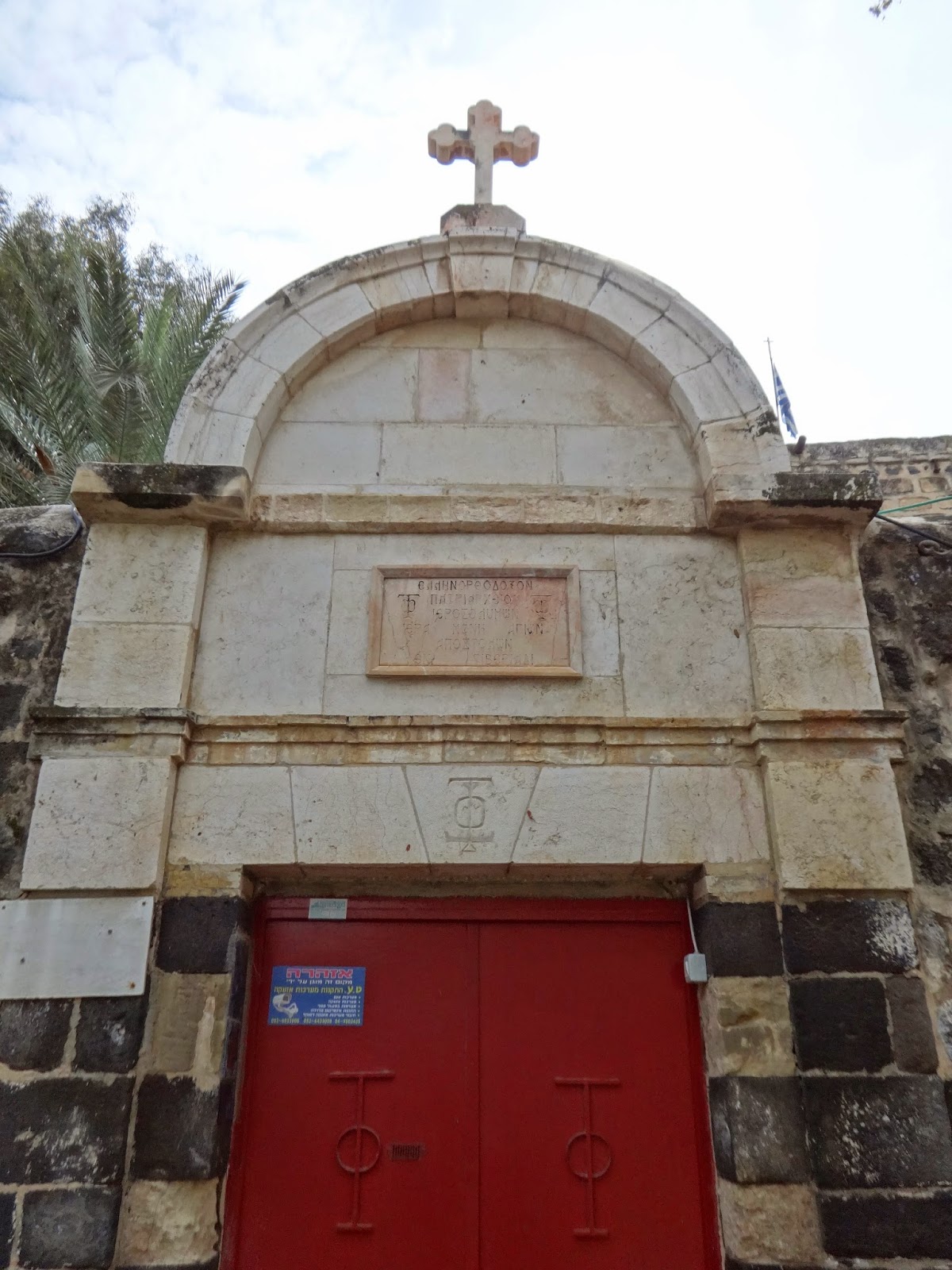 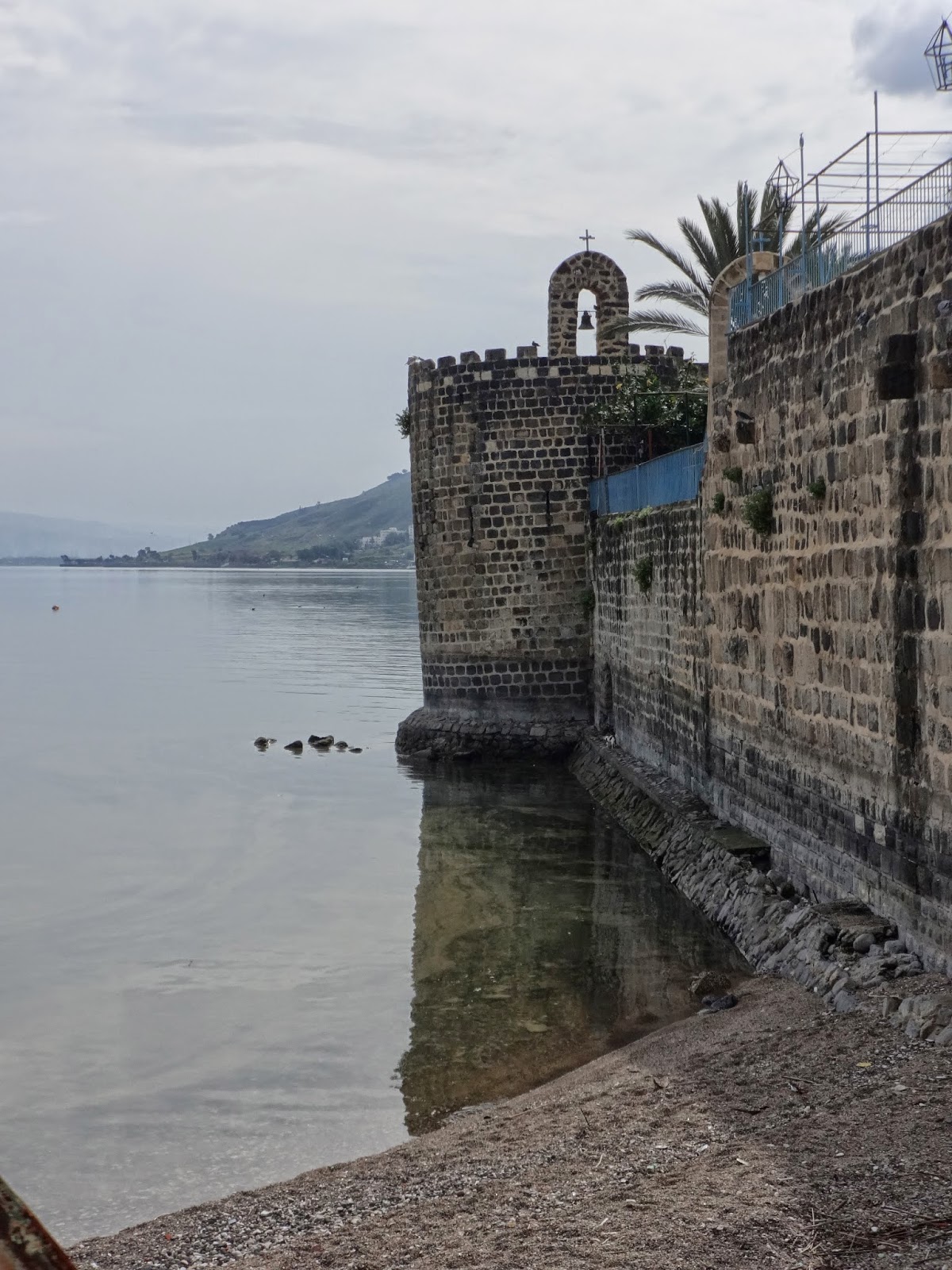 …which I guess is appropriate, as I found my head leaning slightly to the left the entire time, wondering what the draw of this town is.  For a seaside tourist destination, there wasn't a lot going on.  True, it was February and definitely outside of peak season…but I couldn't help but wonder what would be different during peak season.  I've since returned in the summer months and, although there were definitely more people, I still couldn't fathom what they were doing.  The city does have many gorgeous hotels, and I think I'm going to have to force myself to spend a weekend (okay, one night) here in order to properly explore. 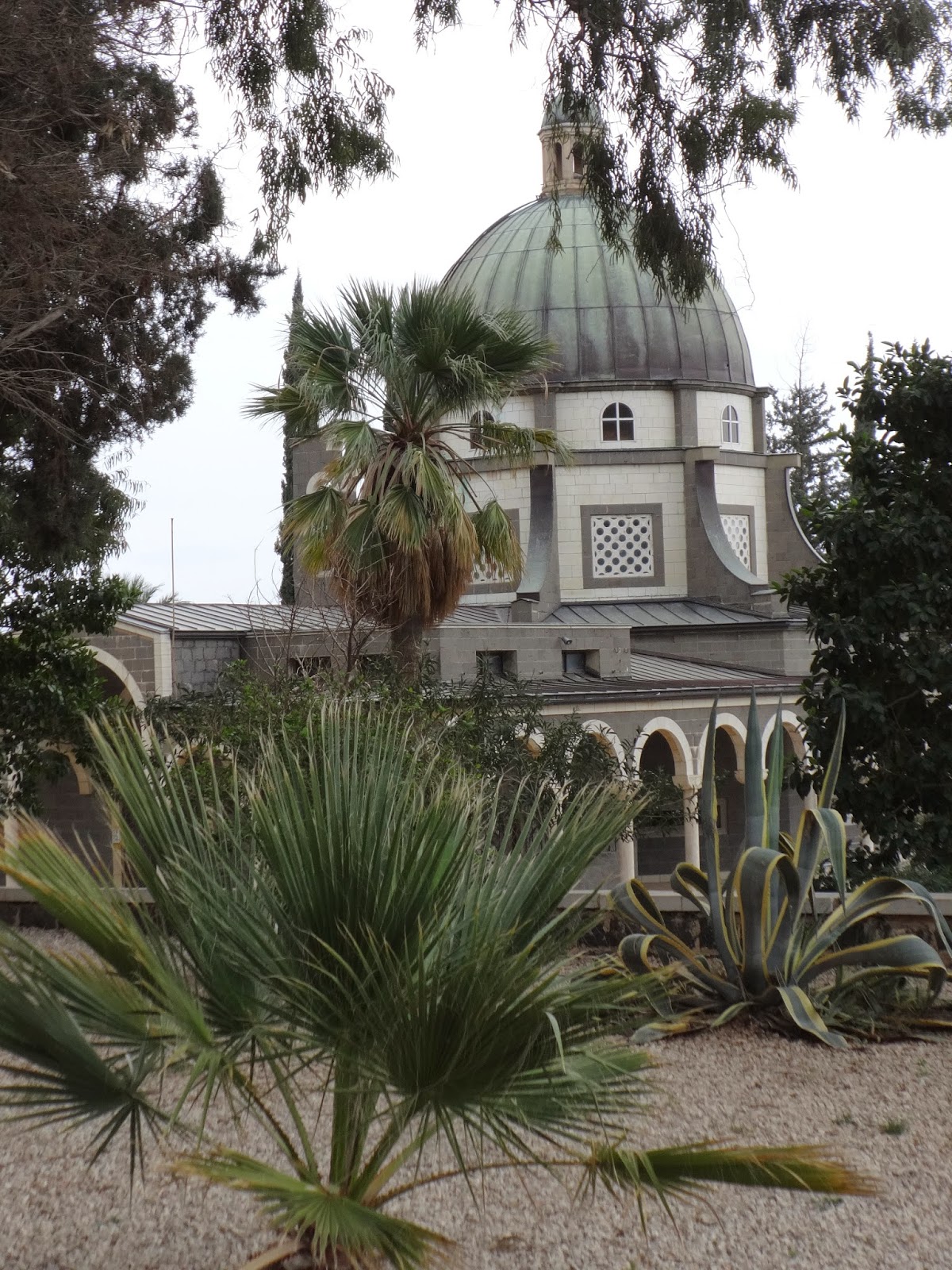 Our next stop was a brief one at the Mount of Beatitudes, the hill from which Jesus is believed to have delivered the Sermon on the Mount.  Although the exact location of the sermon is uncertain, the present site has been commemorated for over 1600 years.  The site was closed upon our arrival, so all we were able to obtain was a shot through the fence.  It was still gorgeous, and offered a great panoramic of the Sea of Galilee to the southeast.

It was a particularly moving part of the trip for Susan, who said that this sermon comprises some of her favorite Bible quotes.  Although TJ and I are serving in Israel for work and didn't want to be naughty by crawling over the fence for a better photo op, I cannot possibly speak for what anyone else may or may not have done while I was enjoying the landscape.

Our day's journey ended with a short stop in the aforementioned Safed, a hilltop city in northern Israel located at an elevation of almost 3,000 feet. It was beginning to rain by this point, and the steep city streets became slippery very quickly, making for an interesting if not haphazard exploration.  The city became an art capital in the 50s and 60s, and we spent most of our brief visit exploring the artists colony, where Susan bought some beautiful art prints for friends back home (including one as a surprise for us!) and some jewelry for herself.  Hey, a lady on vacation's got to treat herself, am I right? 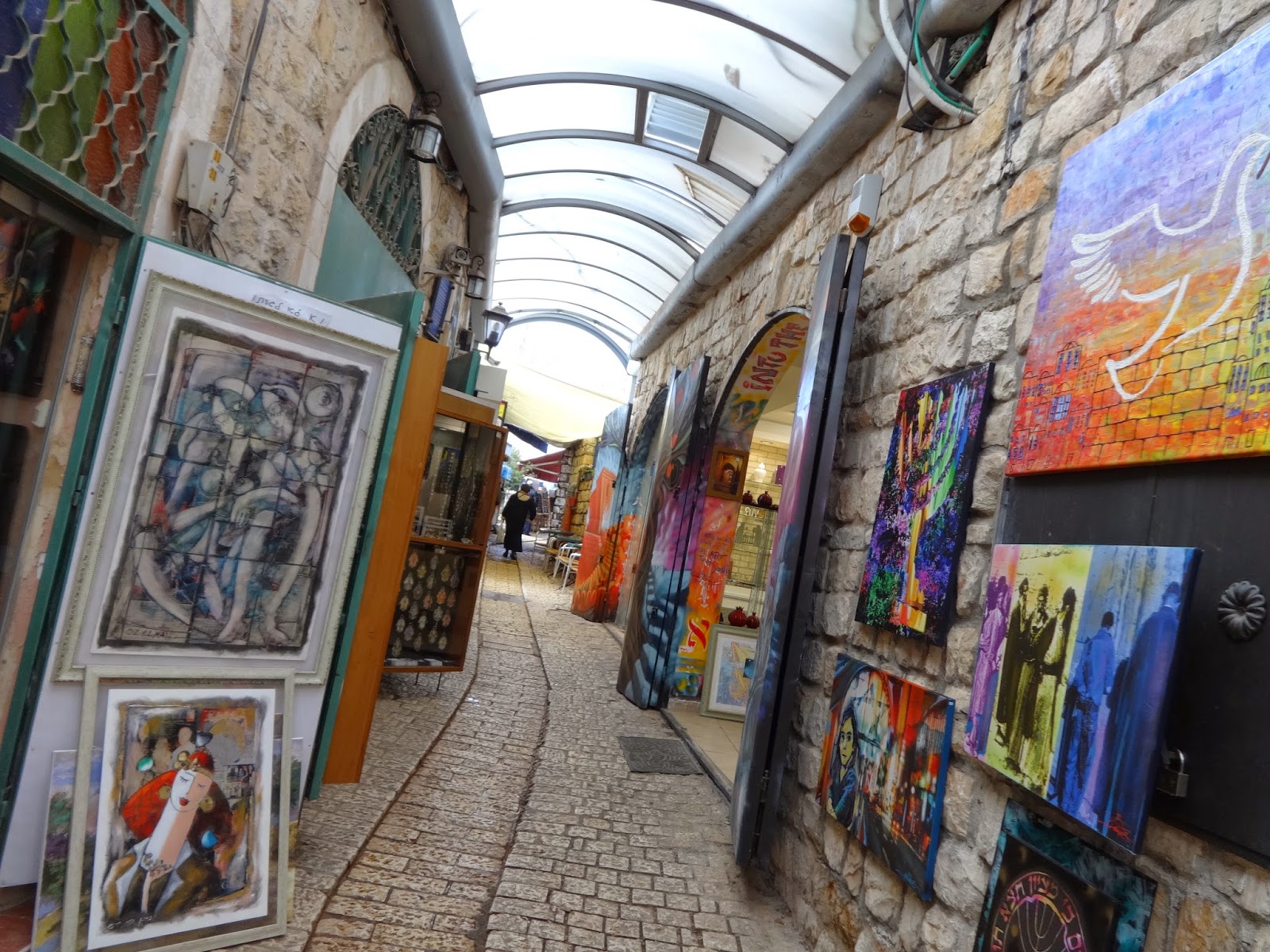 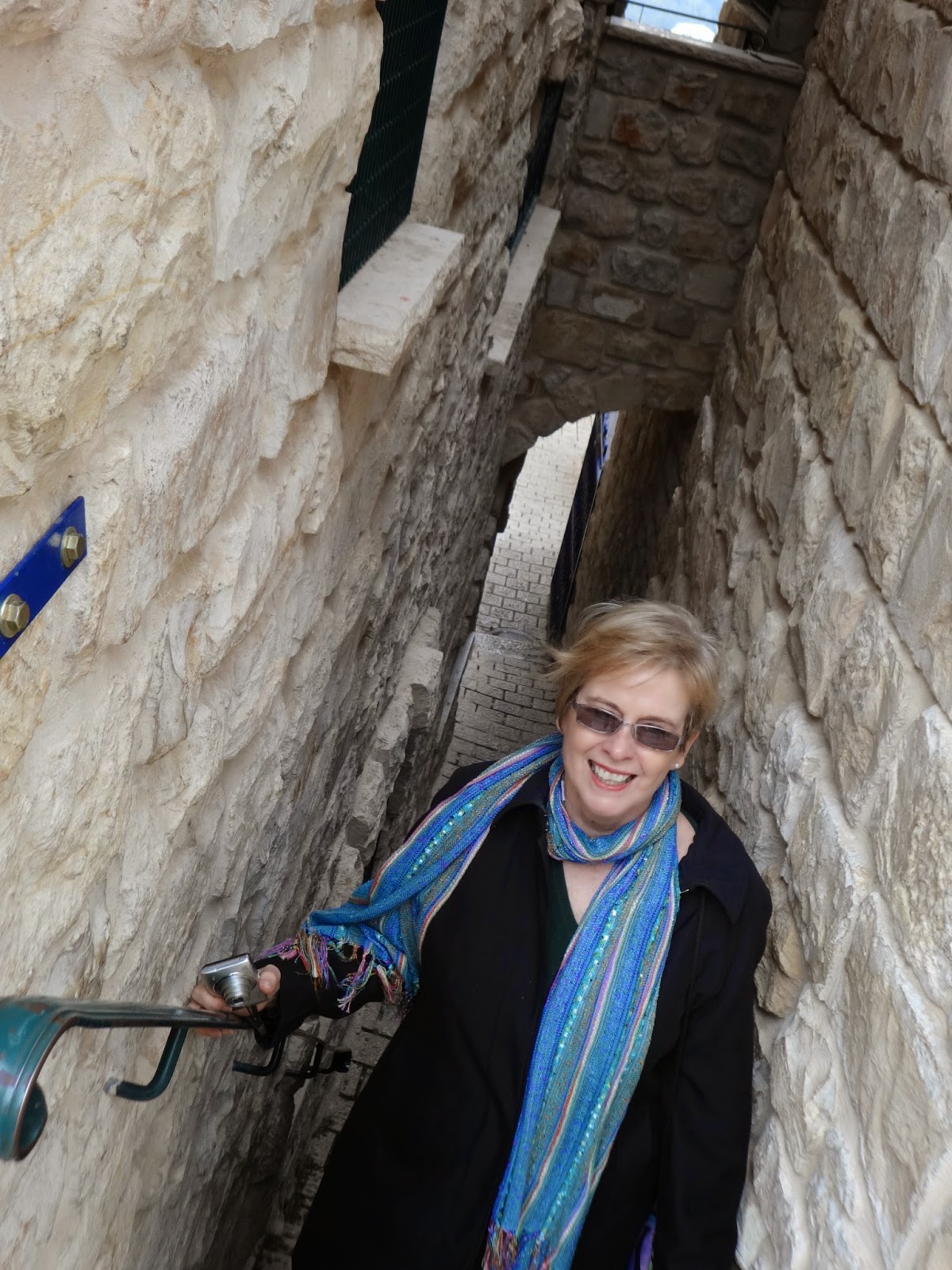 We did manage a little sightseeing, though it was late in the day and places were closing.  In the above photo, Susan is seen standing at the entrance to "The Messiah's Alley," a steep alley with stairs the narrowest of all Safed's alleys, that acted as the entrance to Yocheved Rosenthal's house, which laid at the bottom of the stairs.  "Grandma Yocheved" used to sit at the entrance to the alley waiting for the Messiah, who she believed would pass through Safed, via her alley, on his way to Jerusalem.

She outlived the entirety of her family, but did not live long enough to see the Messiah, who passed through the day after her funeral service.

Join us next time as we head back to Bethlehem.
Posted by Aaron at 11:41 AM