Monday, February 17th was Presidents Day, which means our weekend of fun with Susan gained  a day!  We took the opportunity to show her one of our favorite places around, Bethlehem.  As crowded as the touristy sites had been on previous visits, we were astonished to discover that we practically had the place to ourselves this time around.  I guess Mondays aren't particularly important in religious circles.  Anyway, I've already blogged about a lot of this before, so consider these to be mainly bonus round photos.

We started out at the Church of the Nativity... 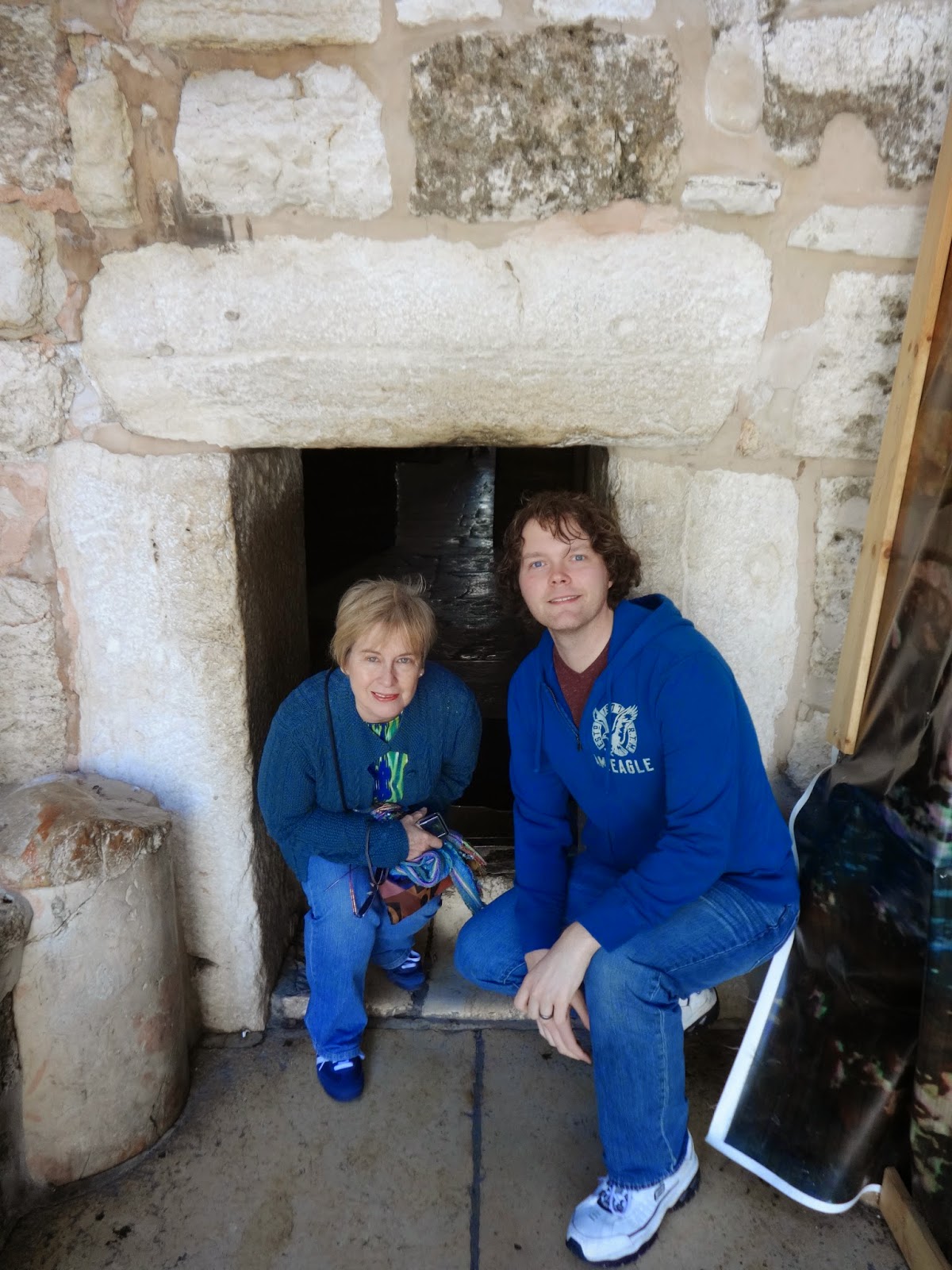 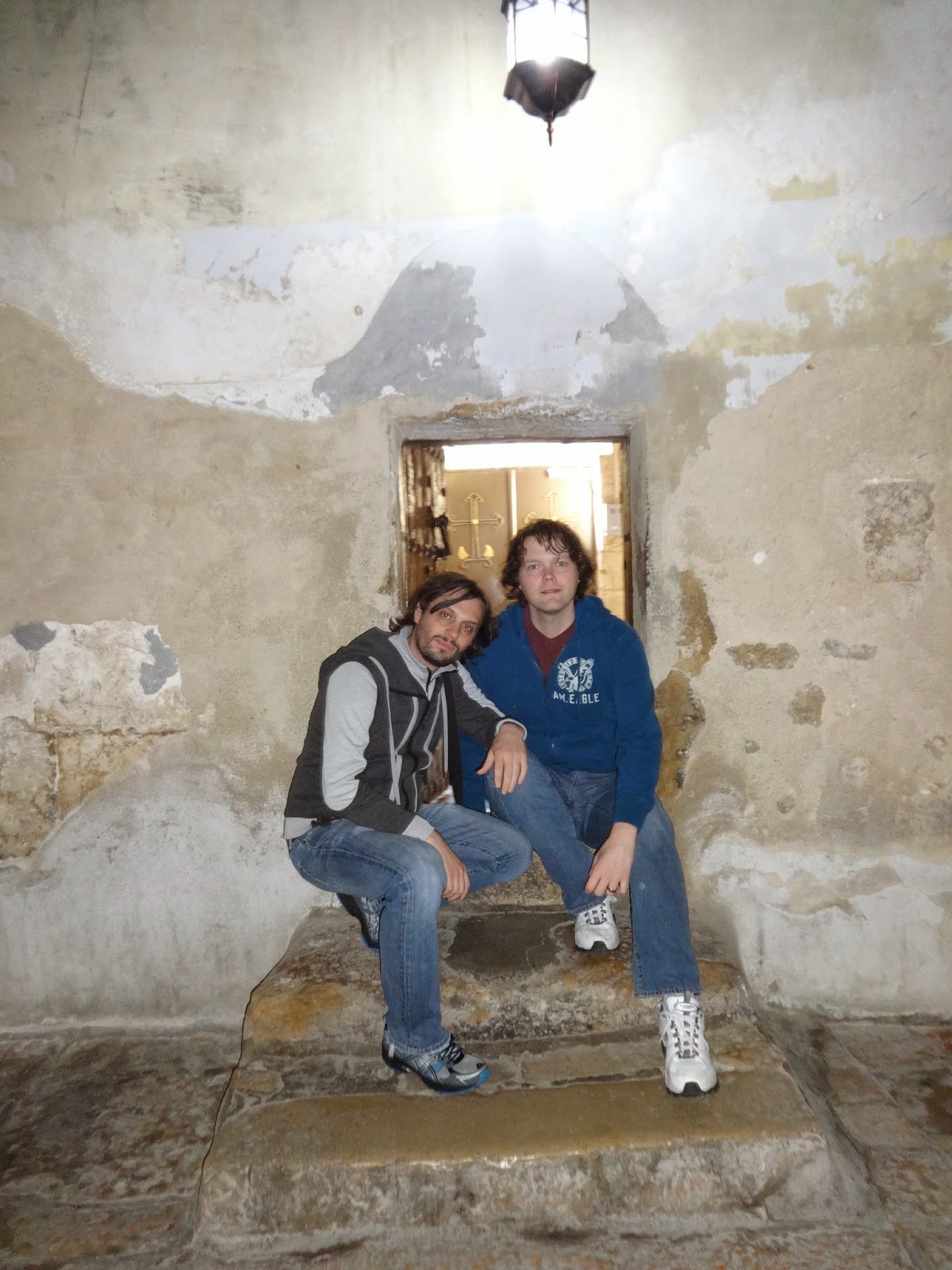 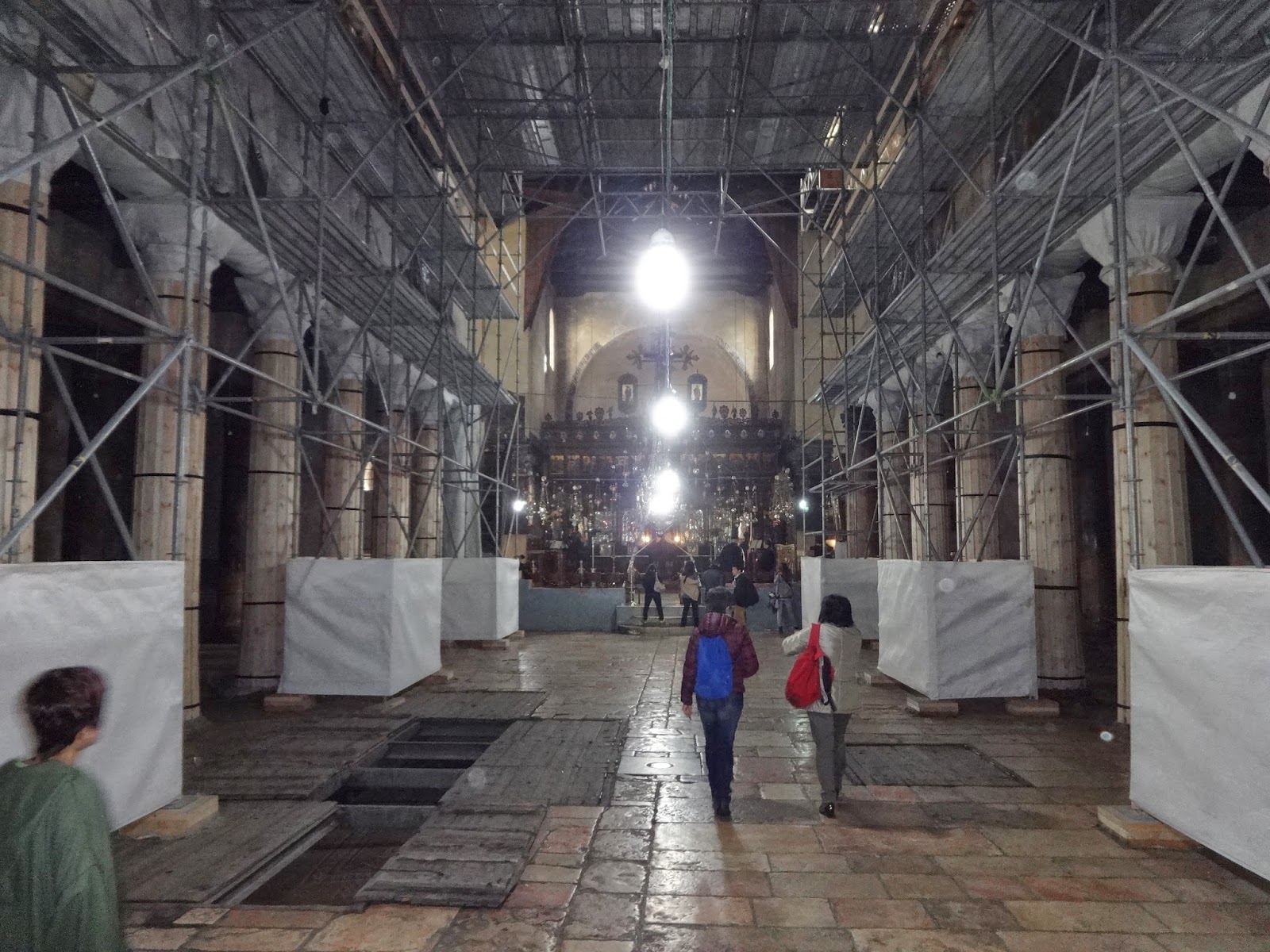 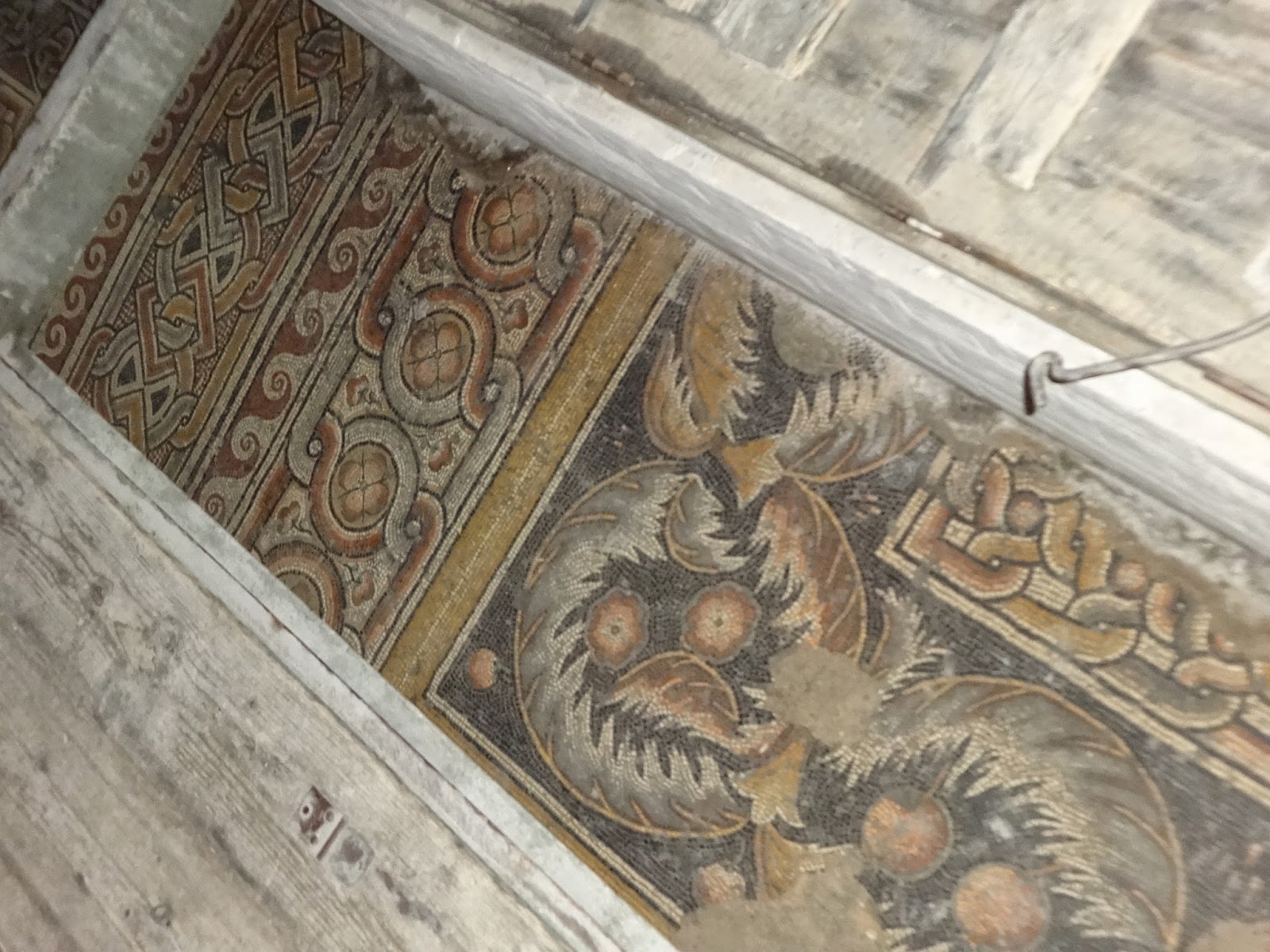 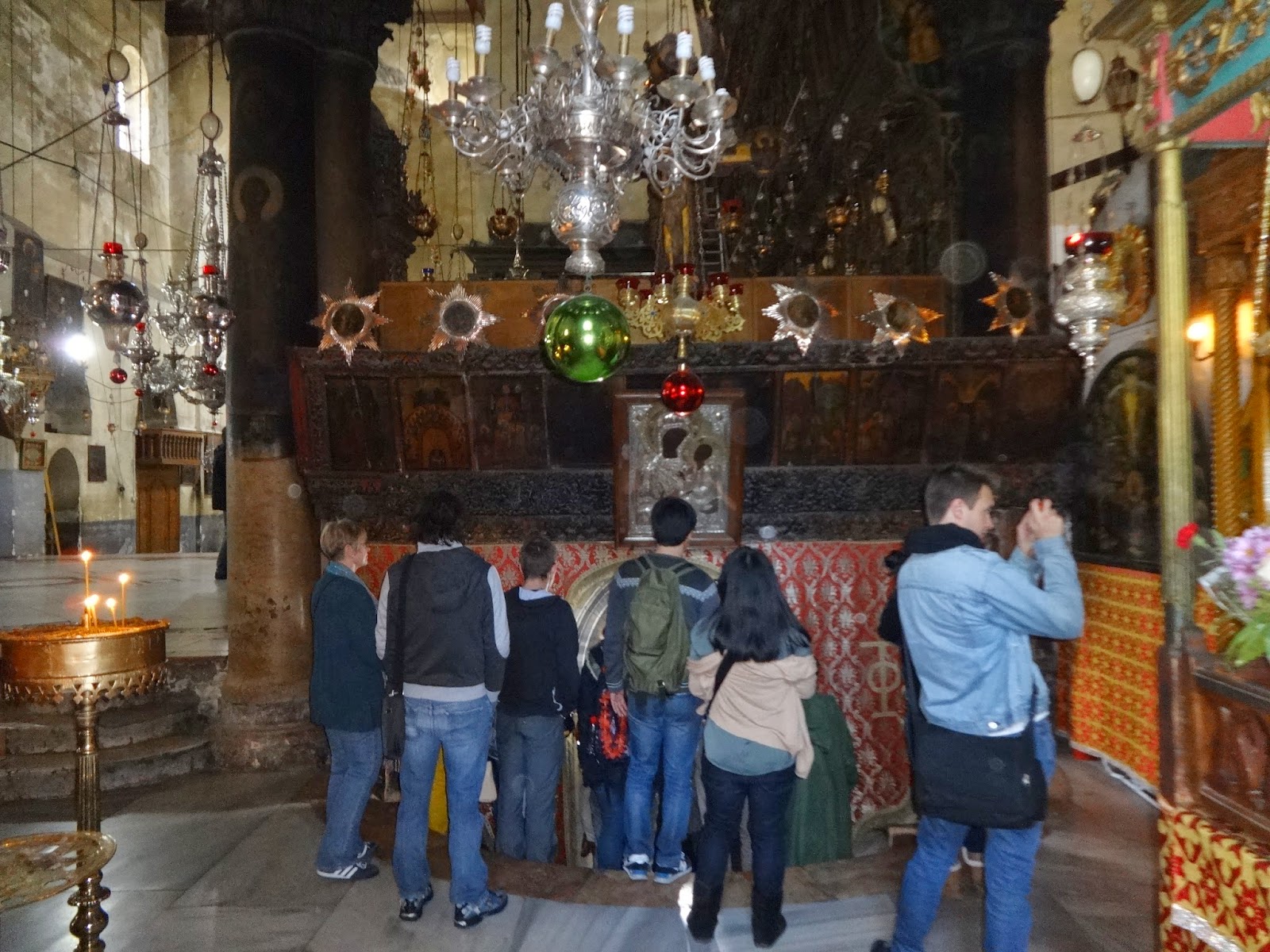 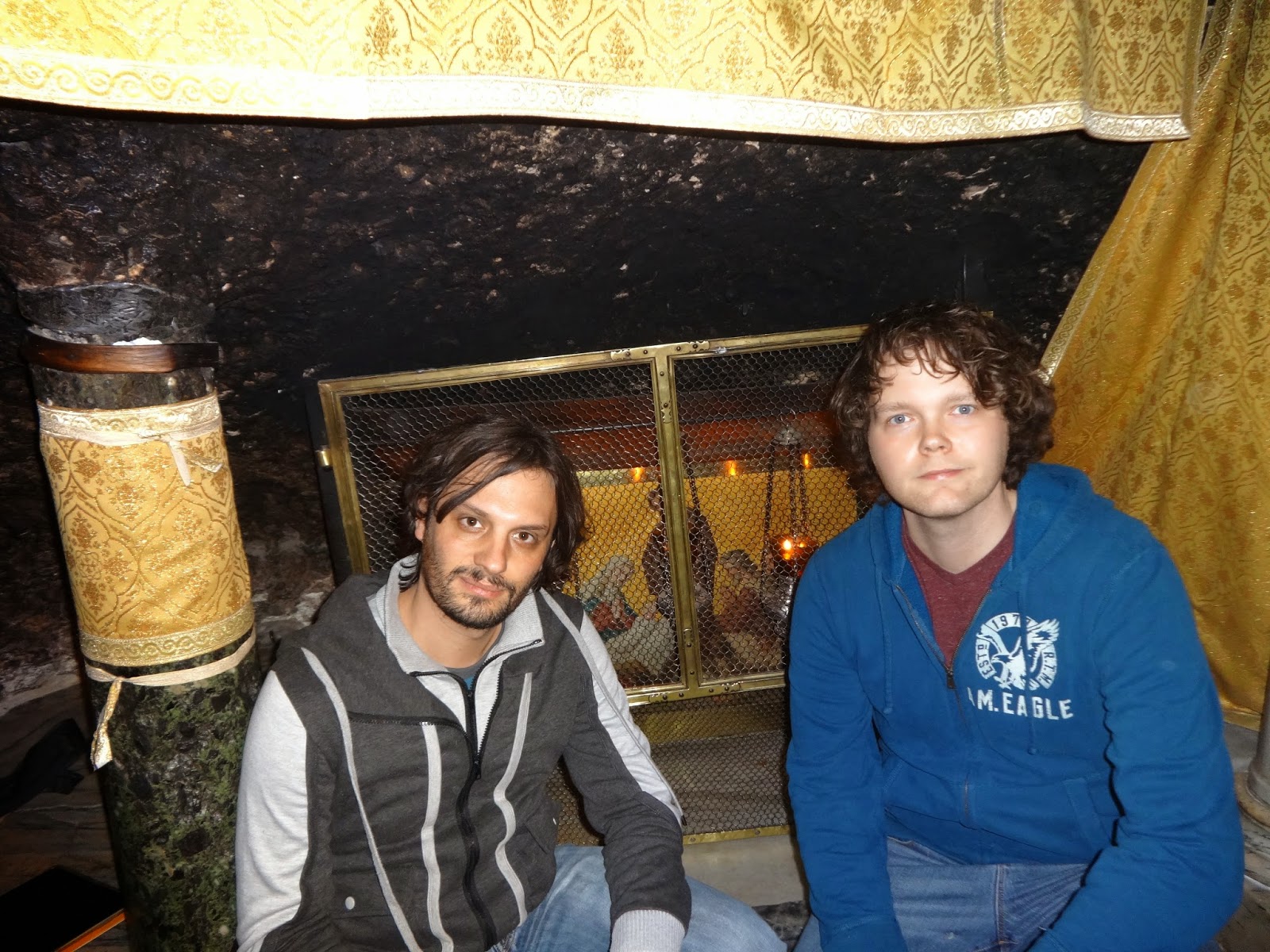 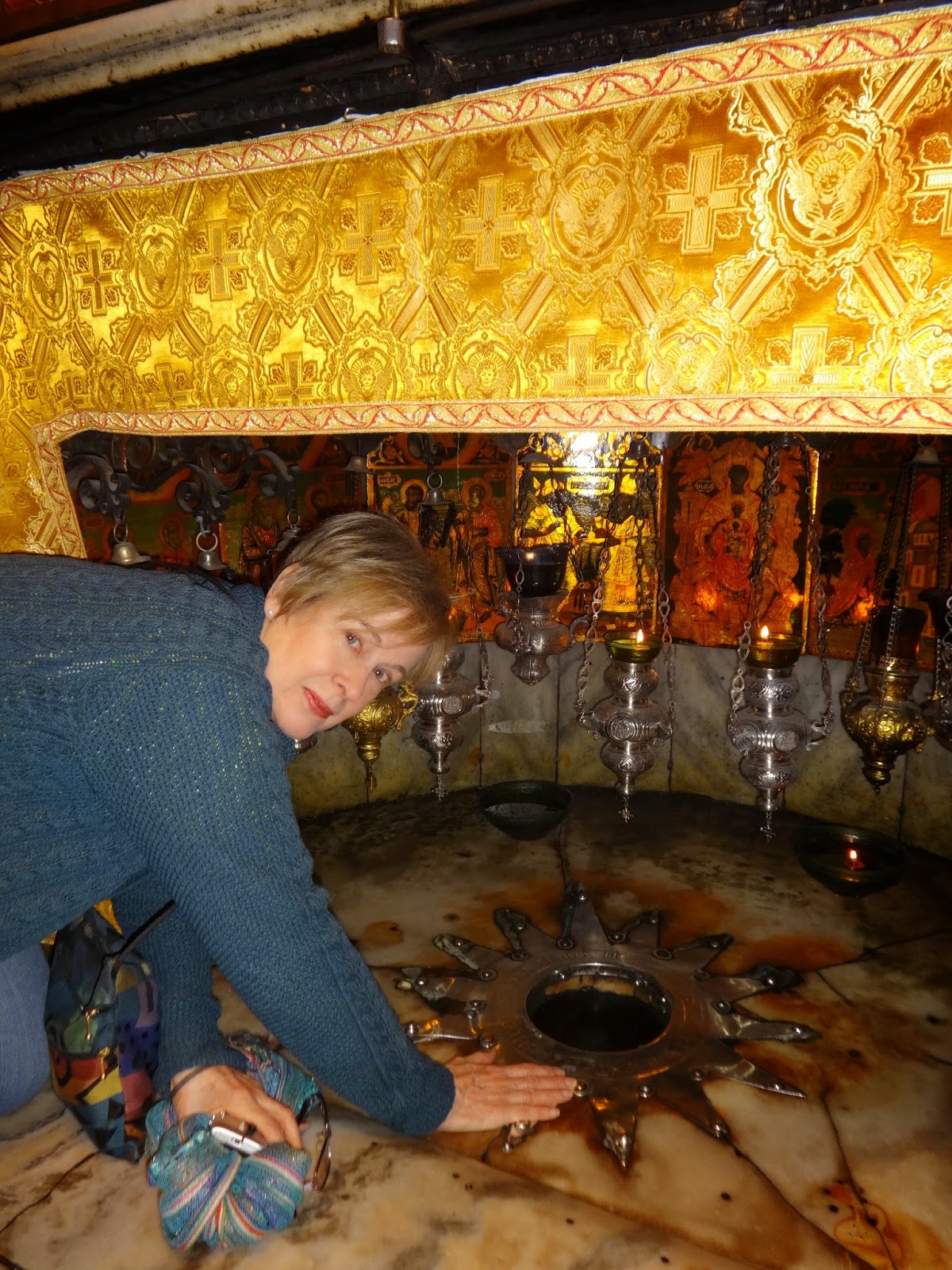 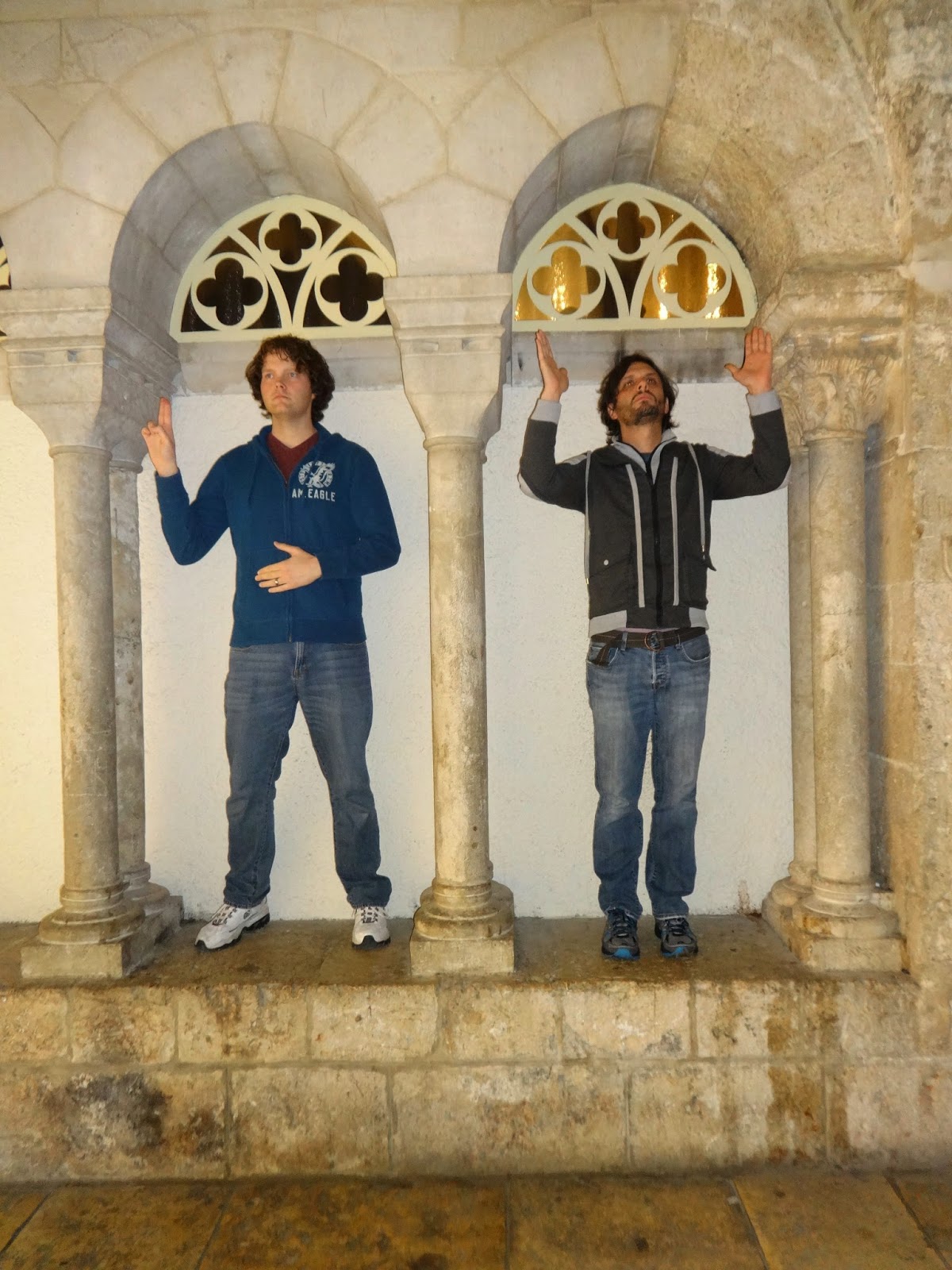 …and then moseyed over to the adjacent Church of St. Catherine and the caverns below... 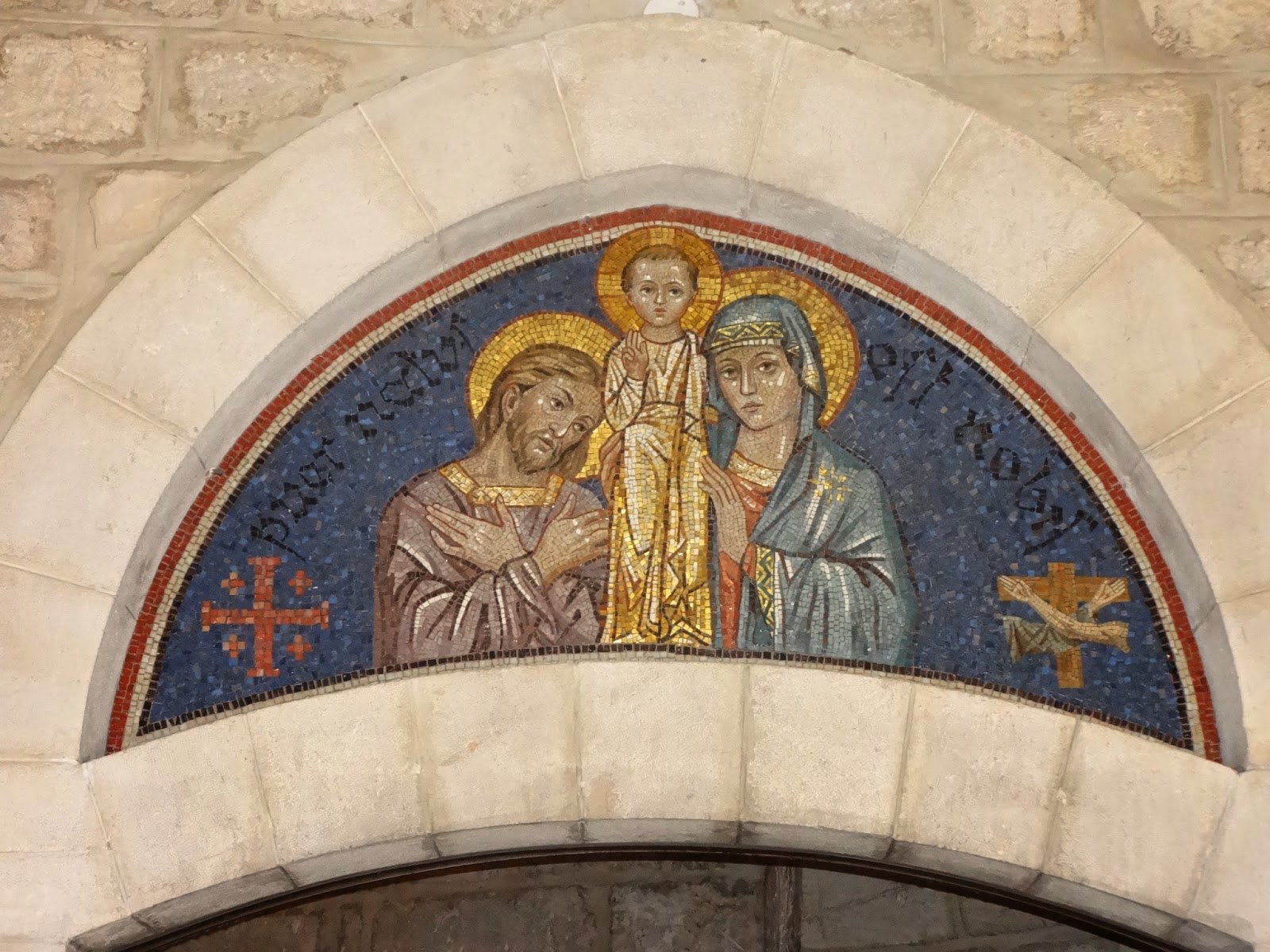 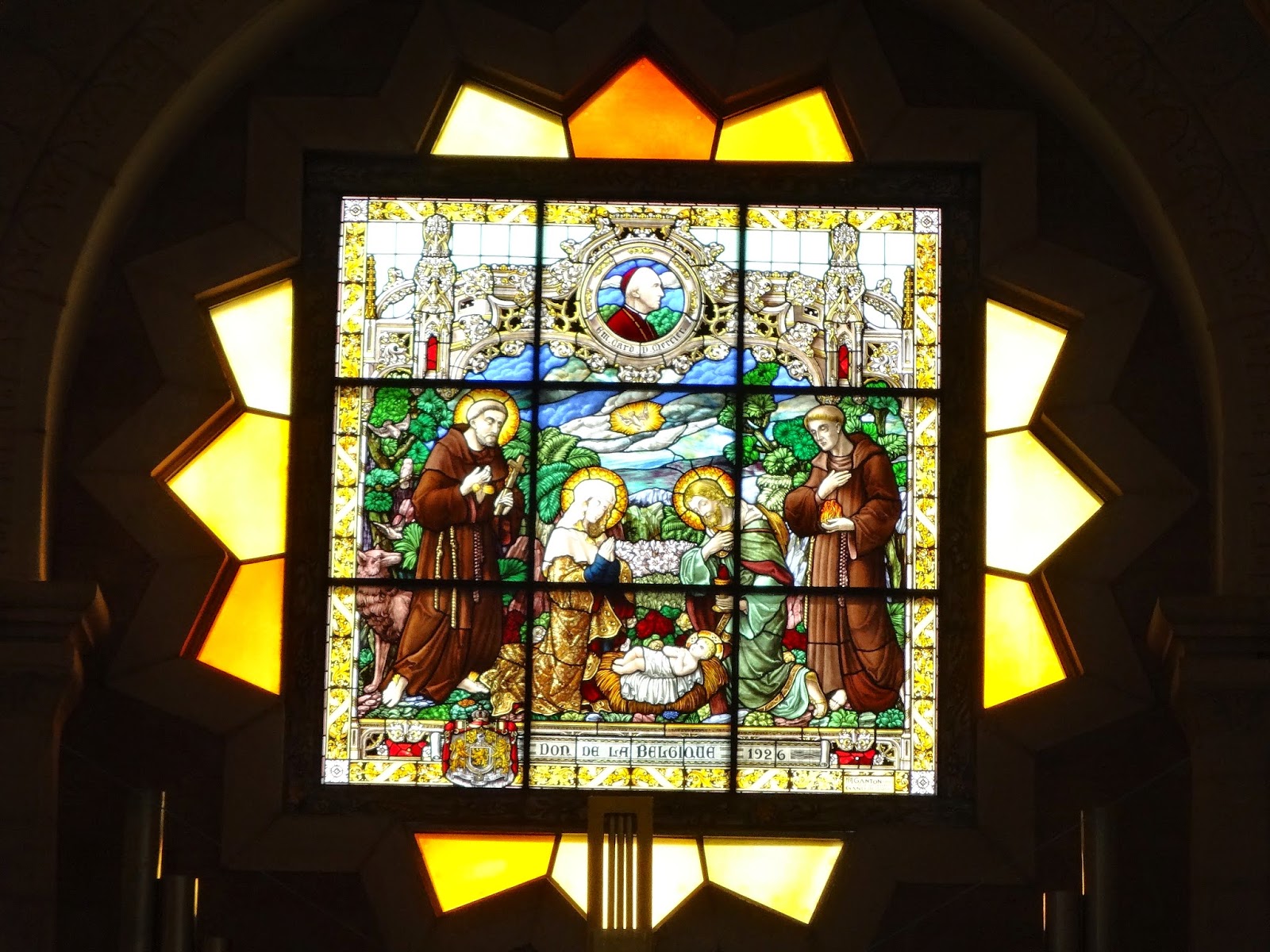 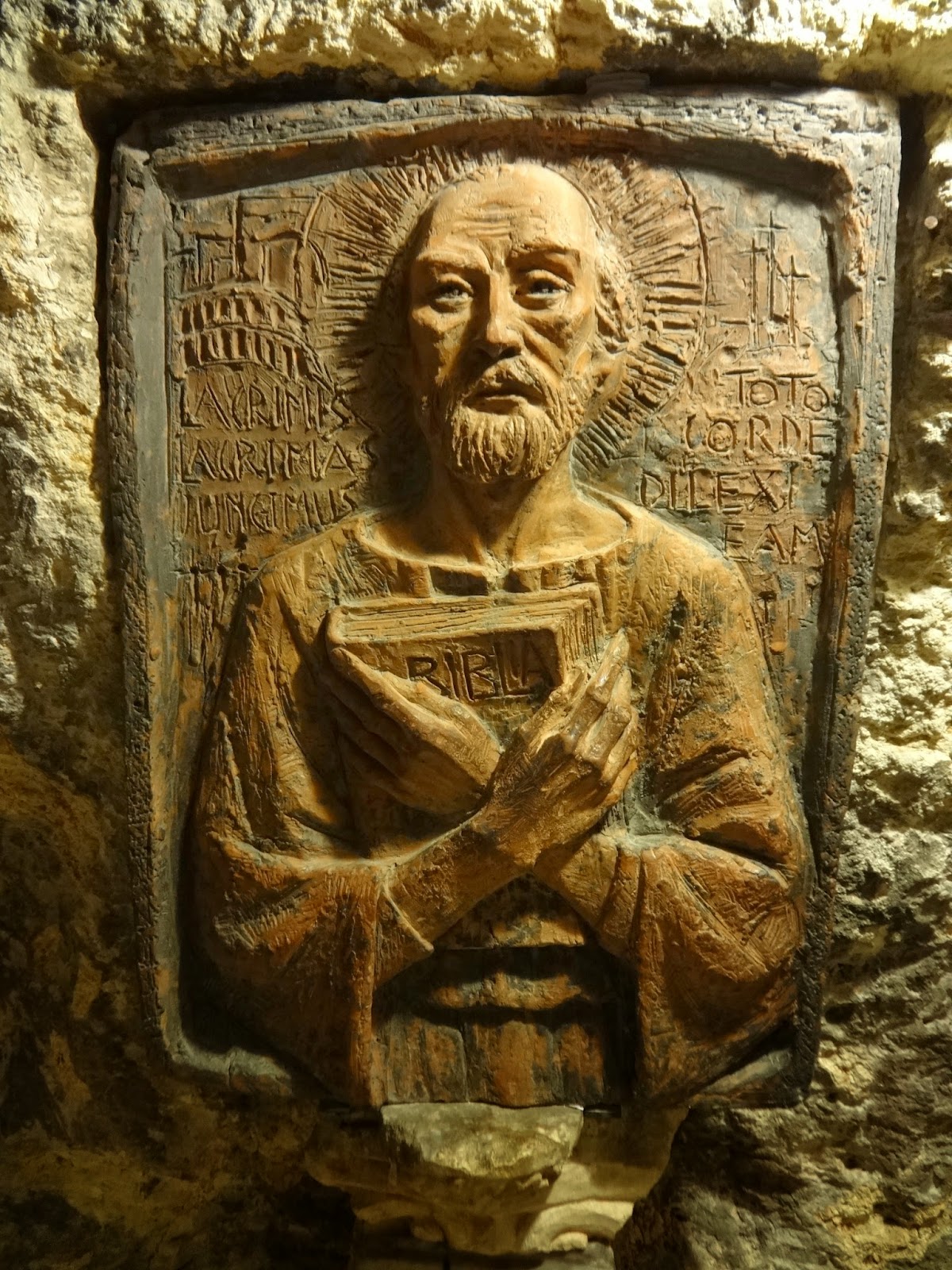 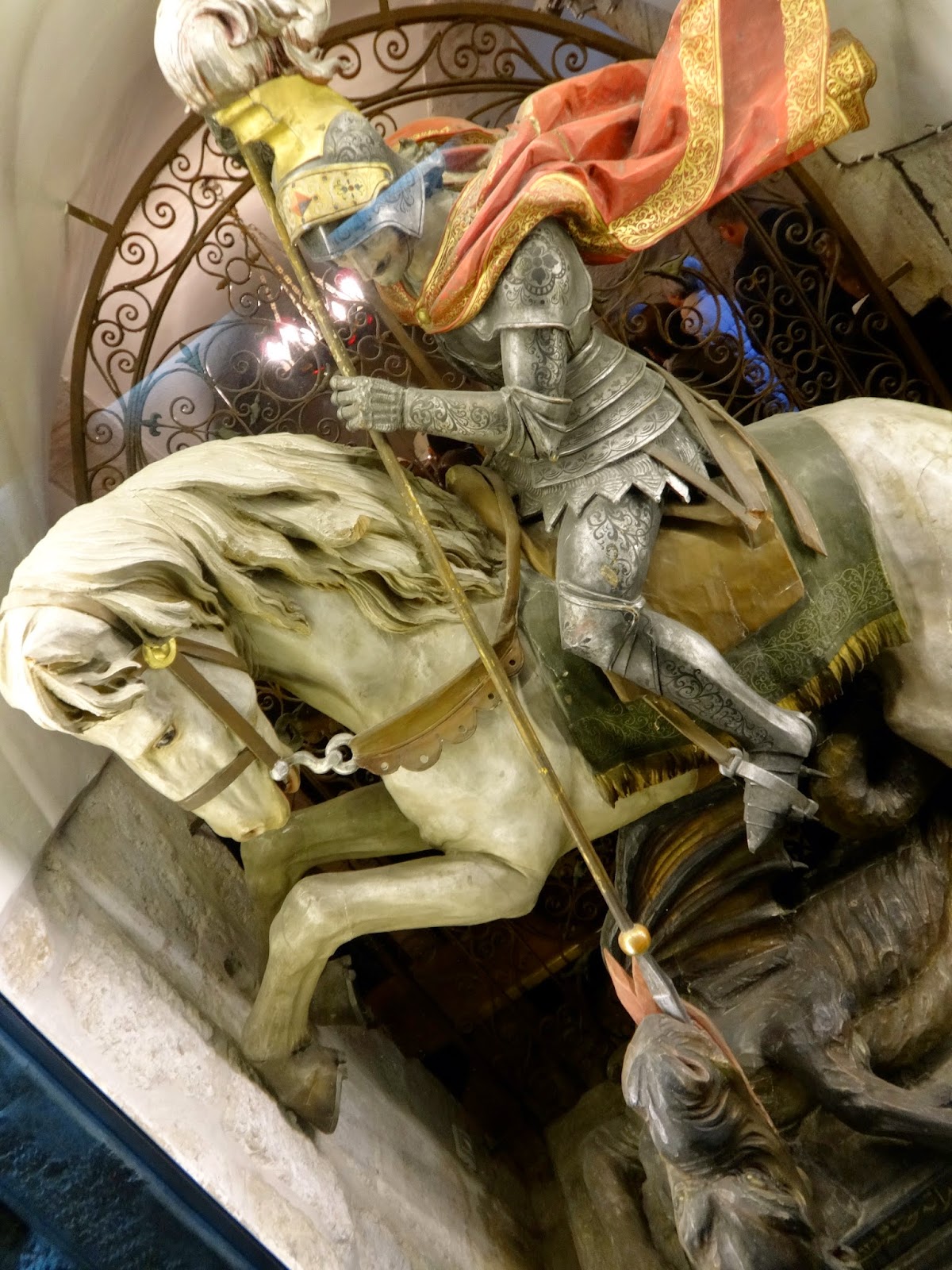 …which was followed by a trip to the Milk Grotto.  This time, we circled around to the back side of the grotto, where we were surprised to find a cemetery and an epic view of the West Bank 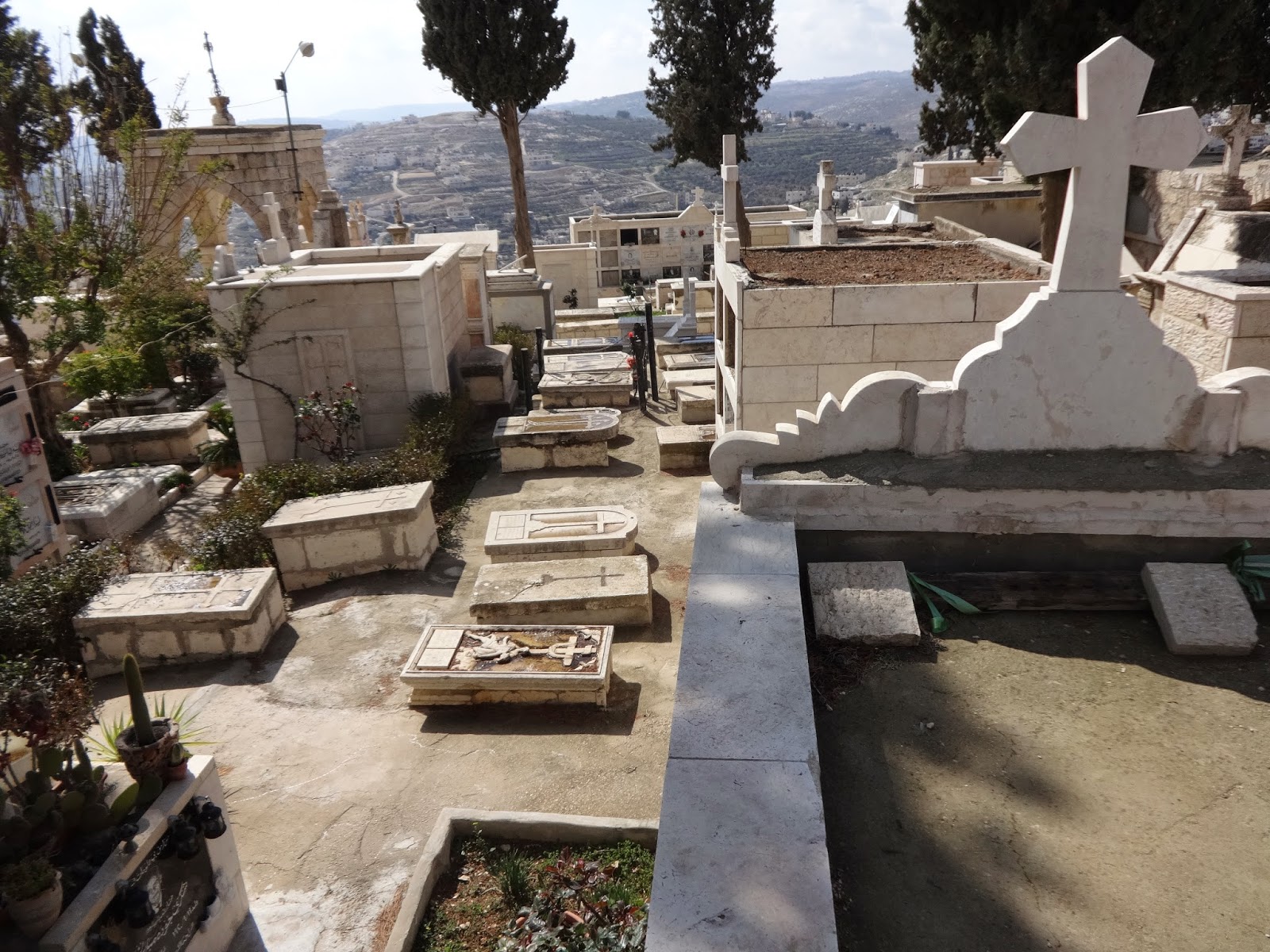 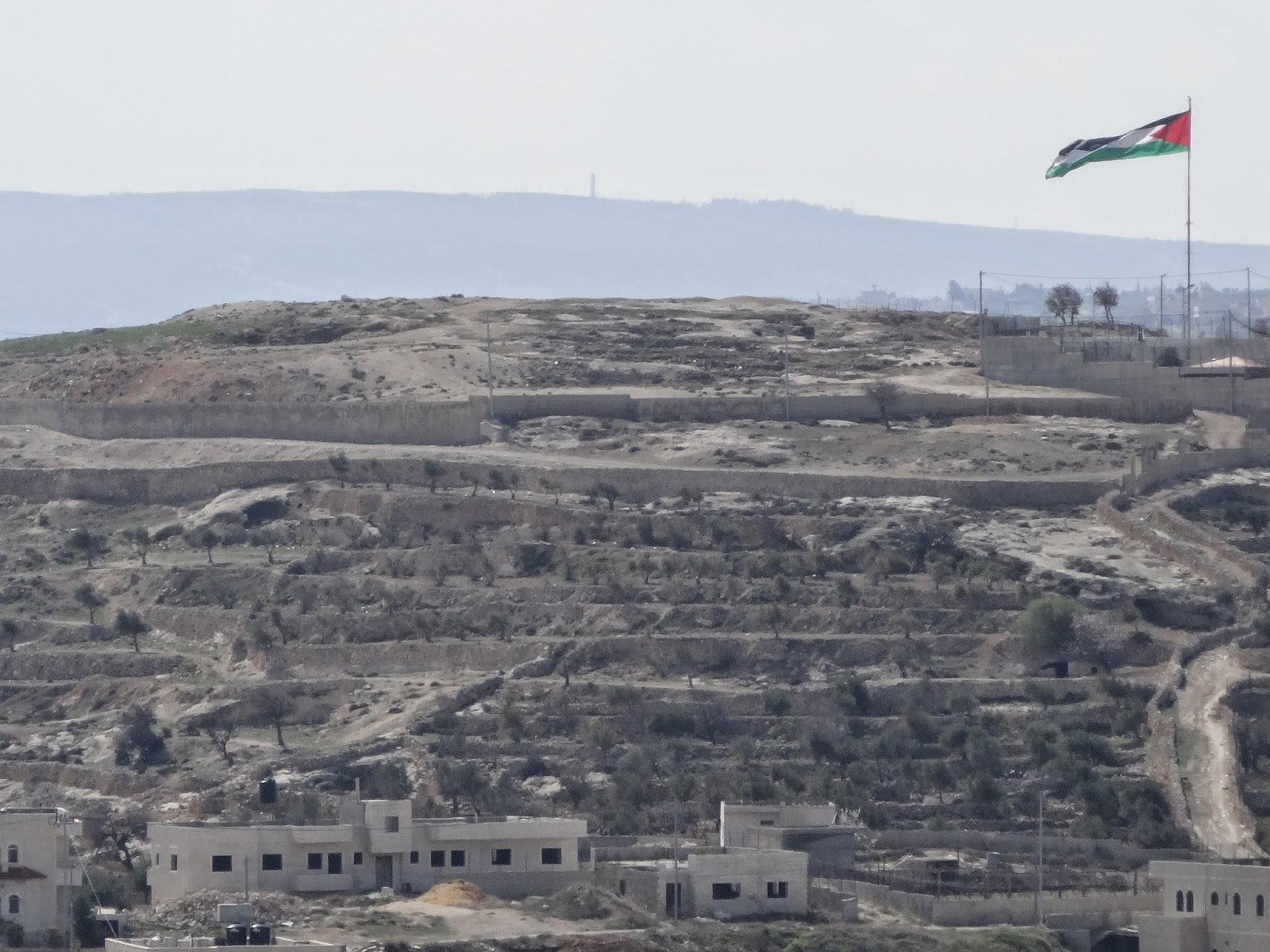 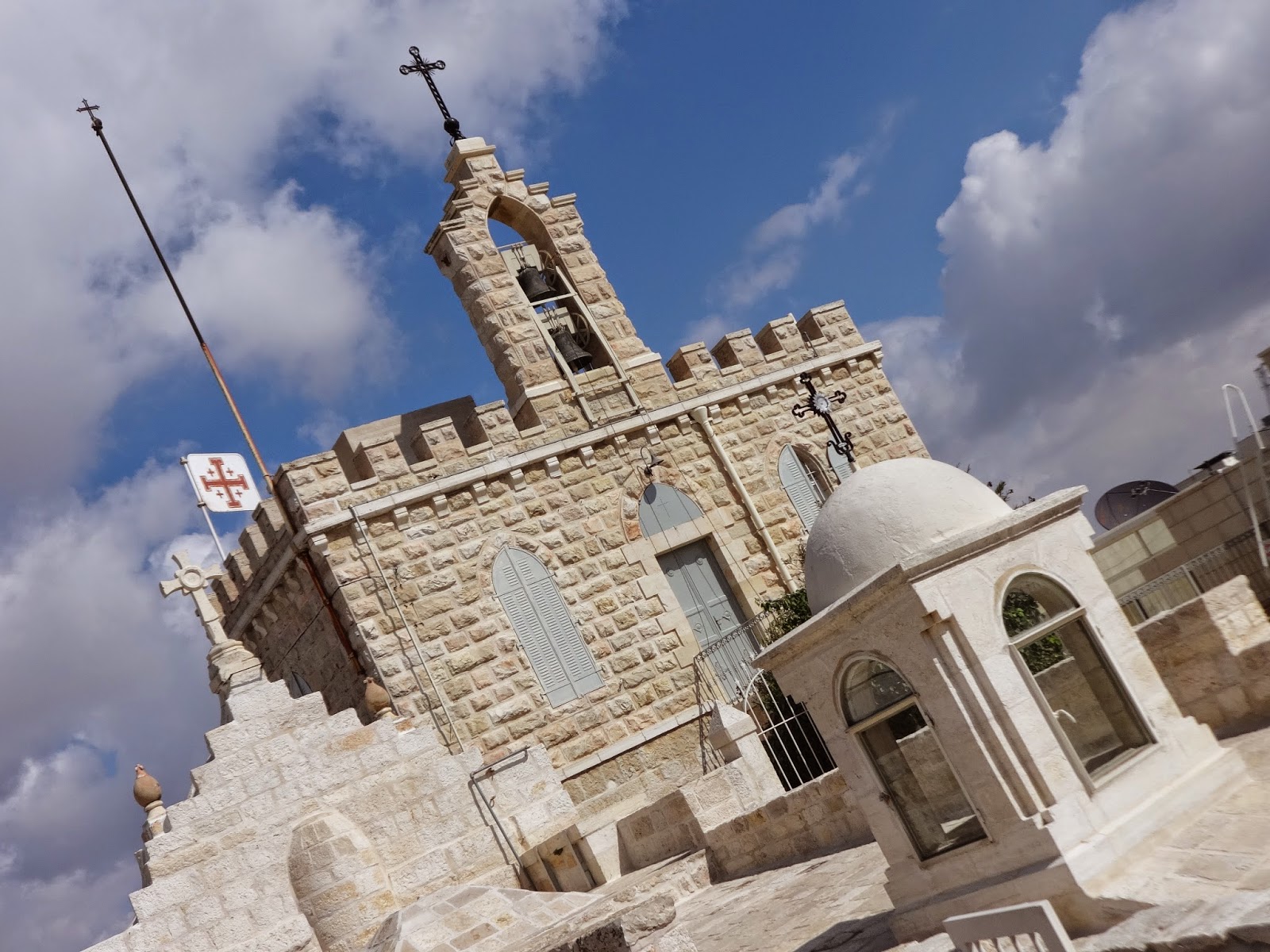 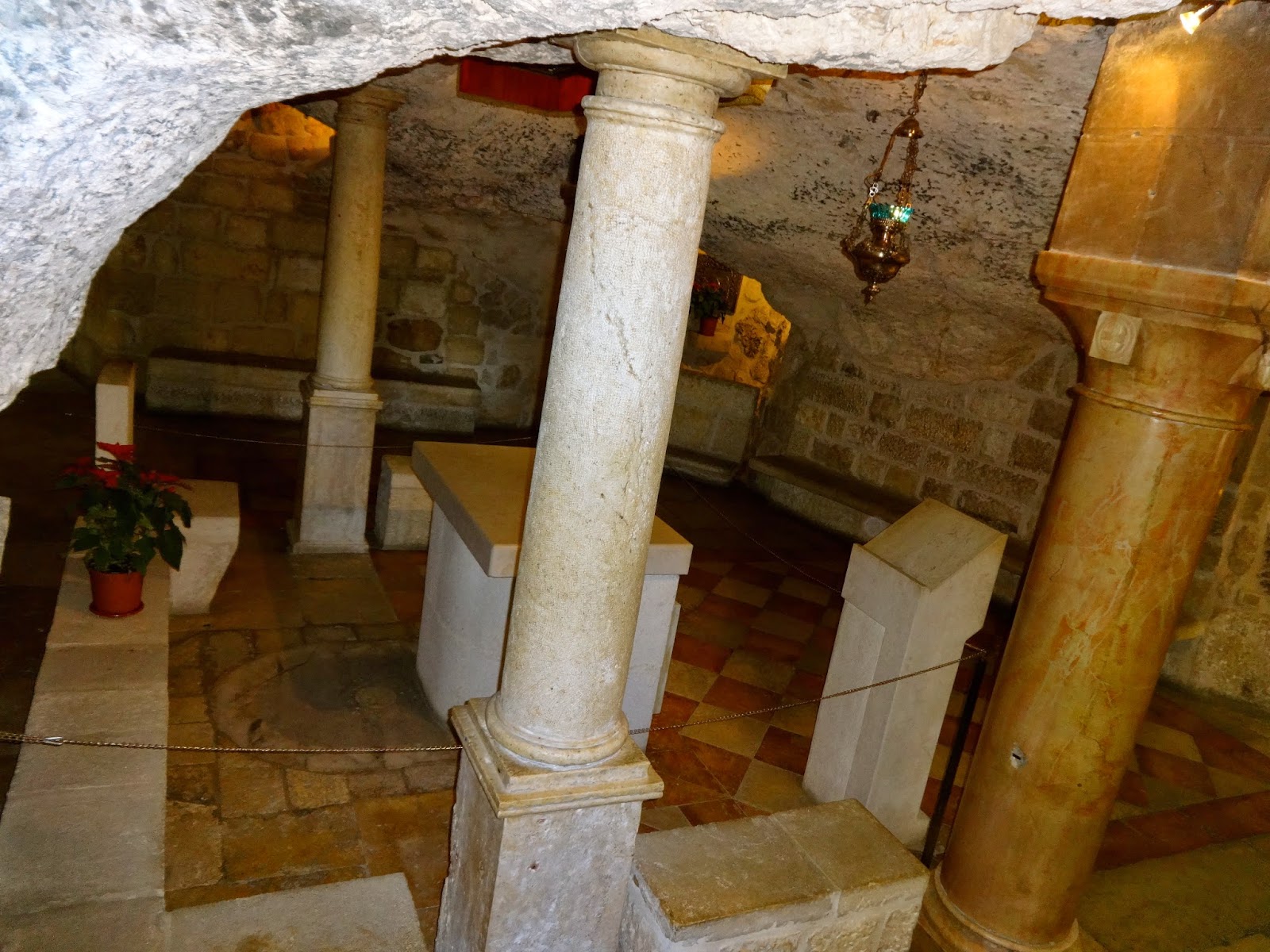 What goes great with milk?  Coffee.  (Yes, I know we are talking about breast milk, so that's kind of awkward, but I was in need of a transition.)

I'm the type of guy that always wants to know where the closest Hard Rock Cafe and/or Starbucks can be located.  Soon after arriving in Jerusalem, I stumbled upon this article:  "Why Israelis Didn't Like Starbucks or Why Americans Like Bad Coffee."  Fair enough, right?  No big deal.  Bethlehem has Stars & Bucks, a popular tourist destination that is one part parody and one part criticism of American consumerism.  I had been meaning to stop by ever since our first visit to Bethlehem, and today was the day my wish came true.  While TJ and Susan opted to share a pomegranate juice, I dove righting and sampled the iced coffee.  To my pleasure, I found the flavor to be a bajillionty times better than Starbucks (though many will say 'that's not very hard').  That may or may not be attributed to the half gallon of chocolate syrup the barista poured into the frosty beverage, but I wasn't complaining. 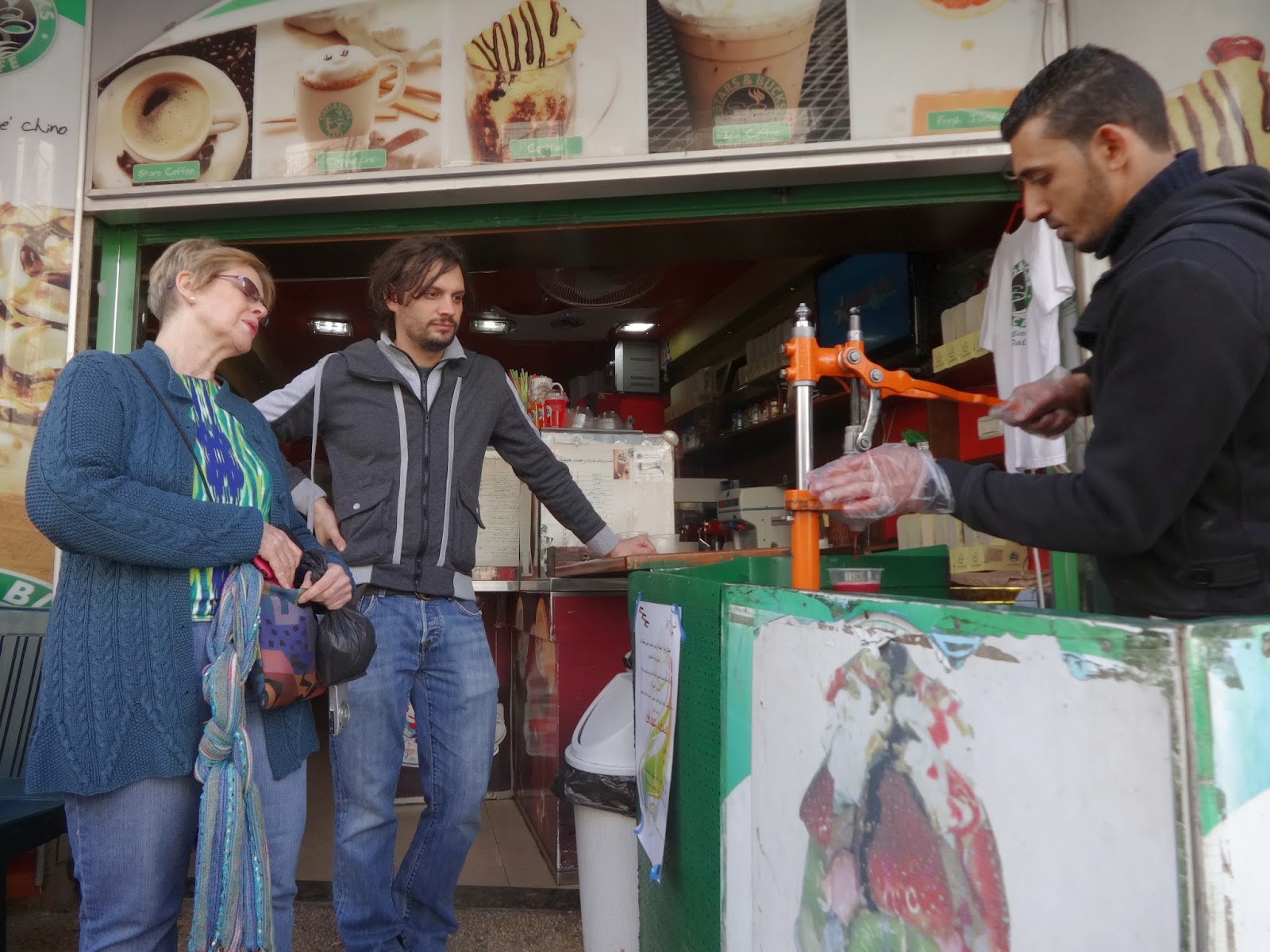 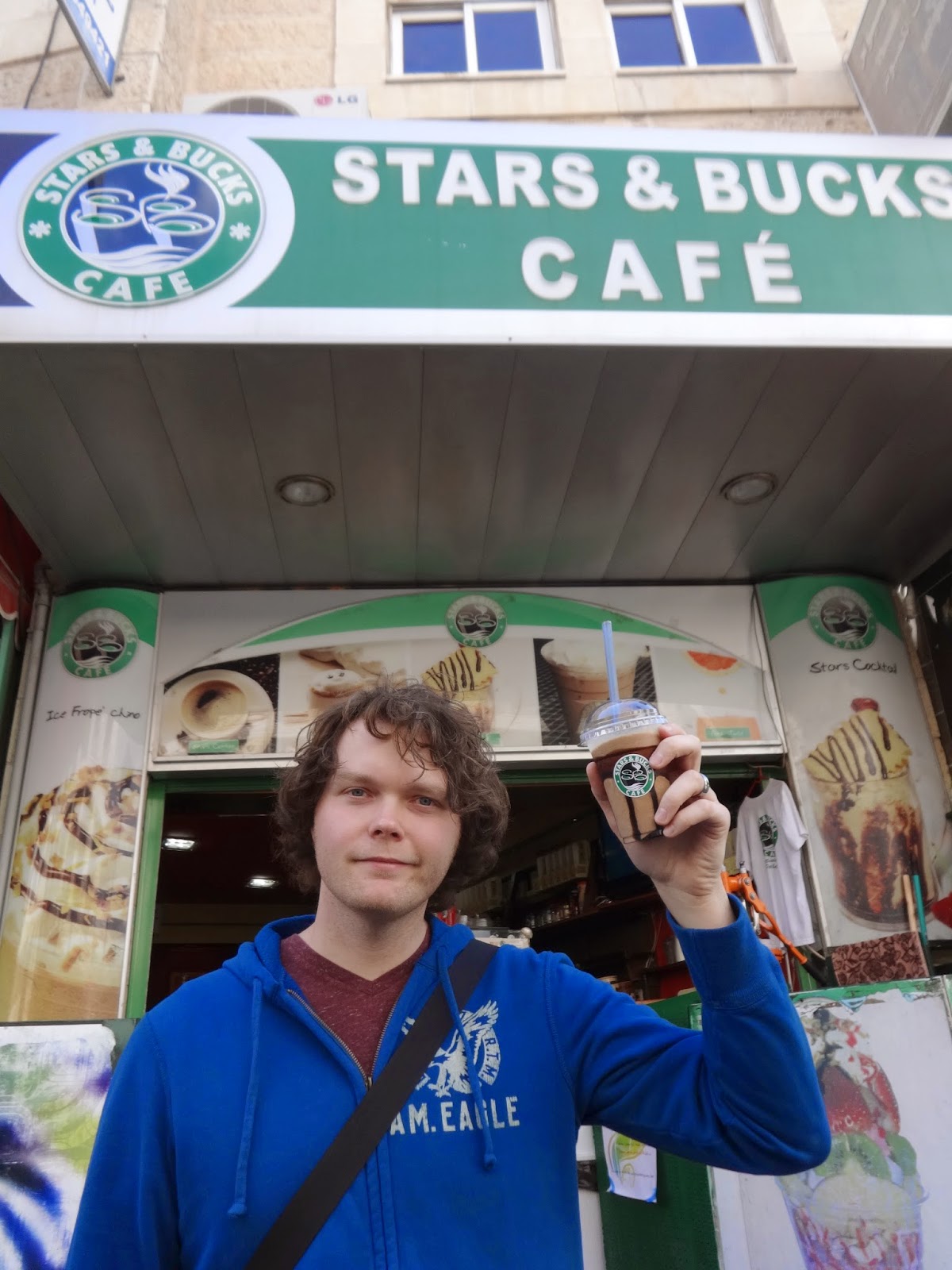 Next up was Sheperd's Field, where we once again visited the Church of Angels.  We also visited the caves behind the church where a tour guide had once told us the shepherd's had slept the night that Jesus was born.  I gotta tell you, those caves looked artificial and impractical, but a story is a story and we just let it lie.  This time, however, we walked along a path that was labeled "Excavations of IV-V-VI Century Byzantine Church and Monastery," and along the way stumbled across some caves that we had no trouble believing had once provided suitable shelter to somebody. 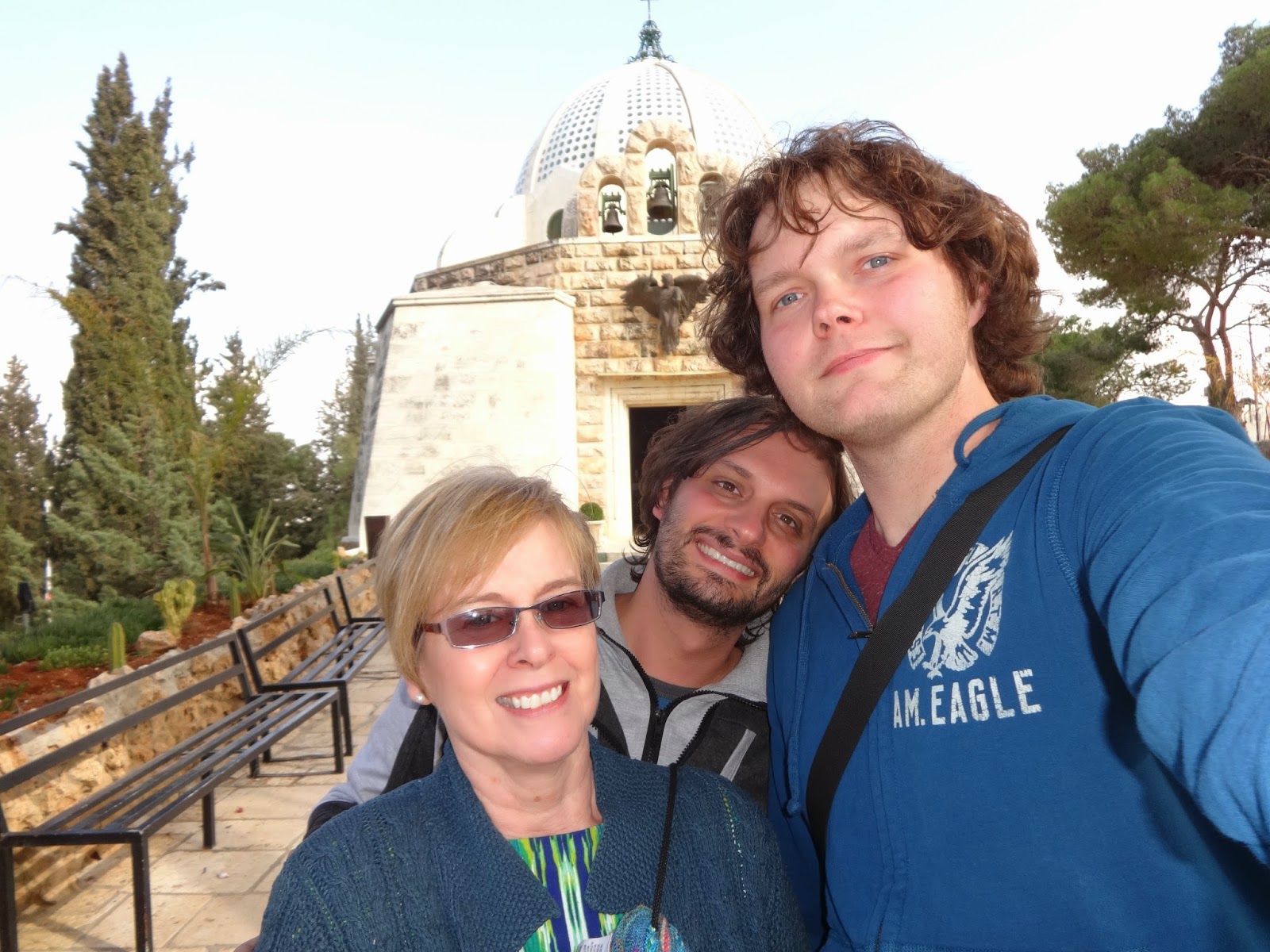 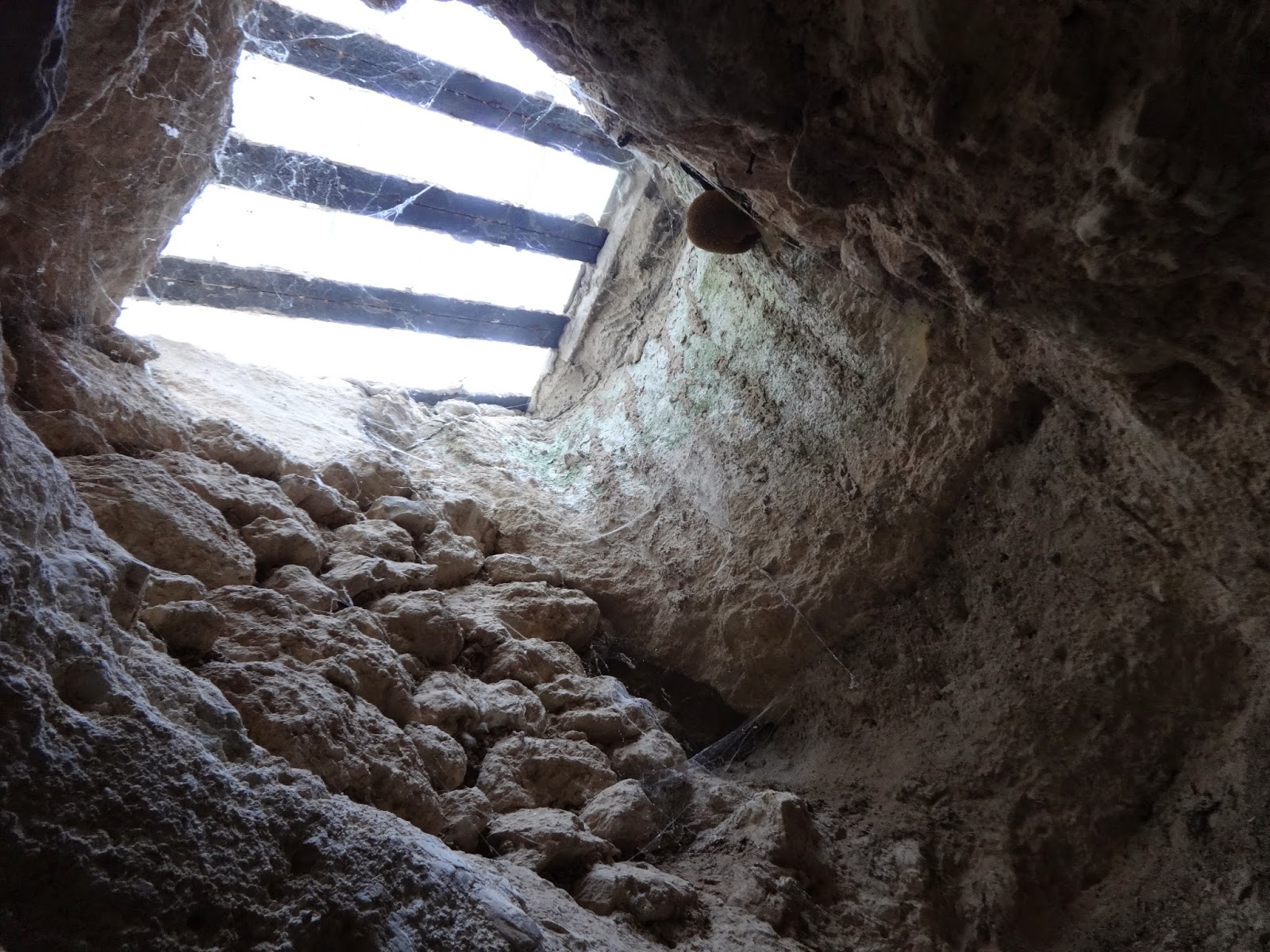 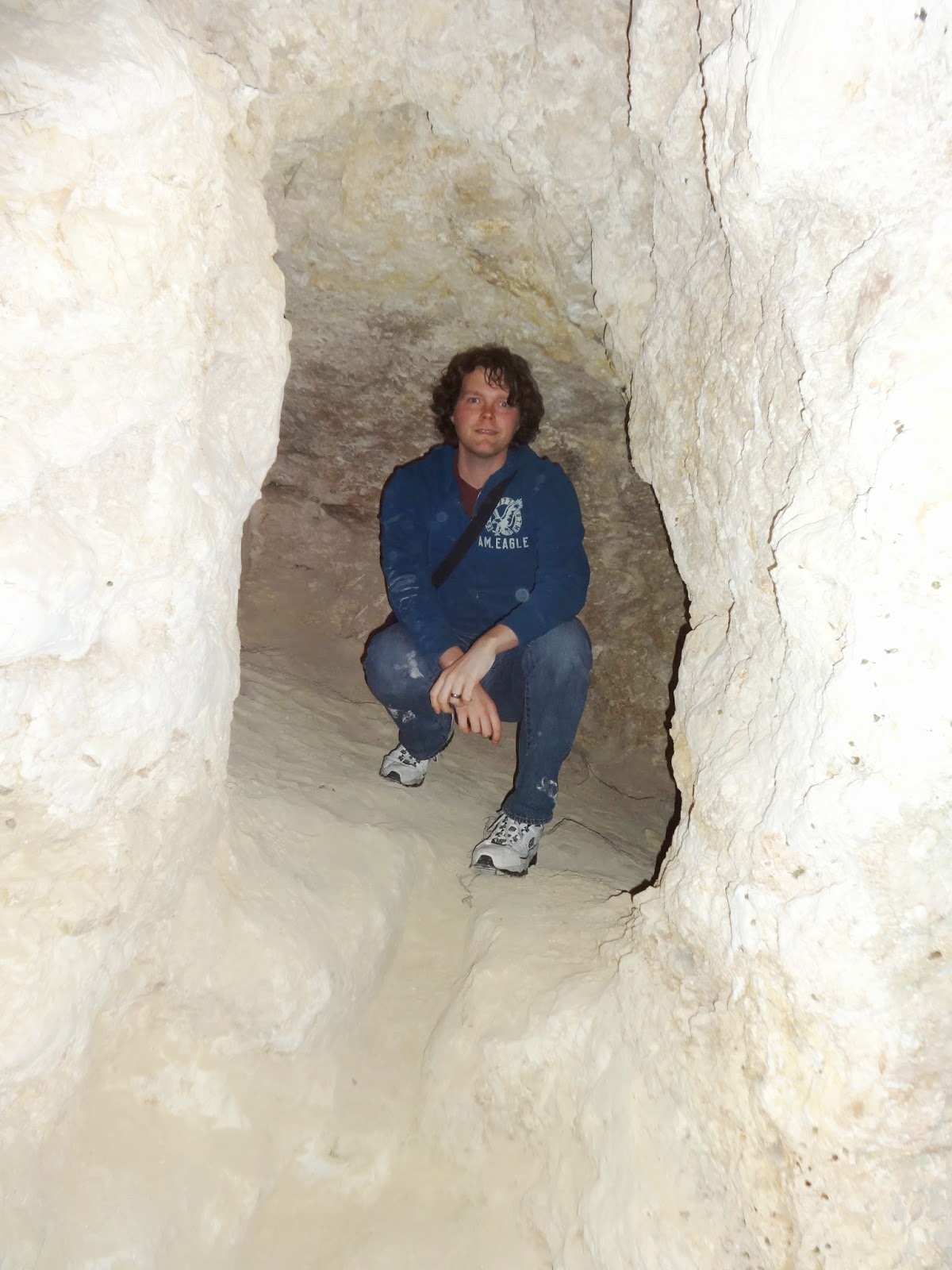 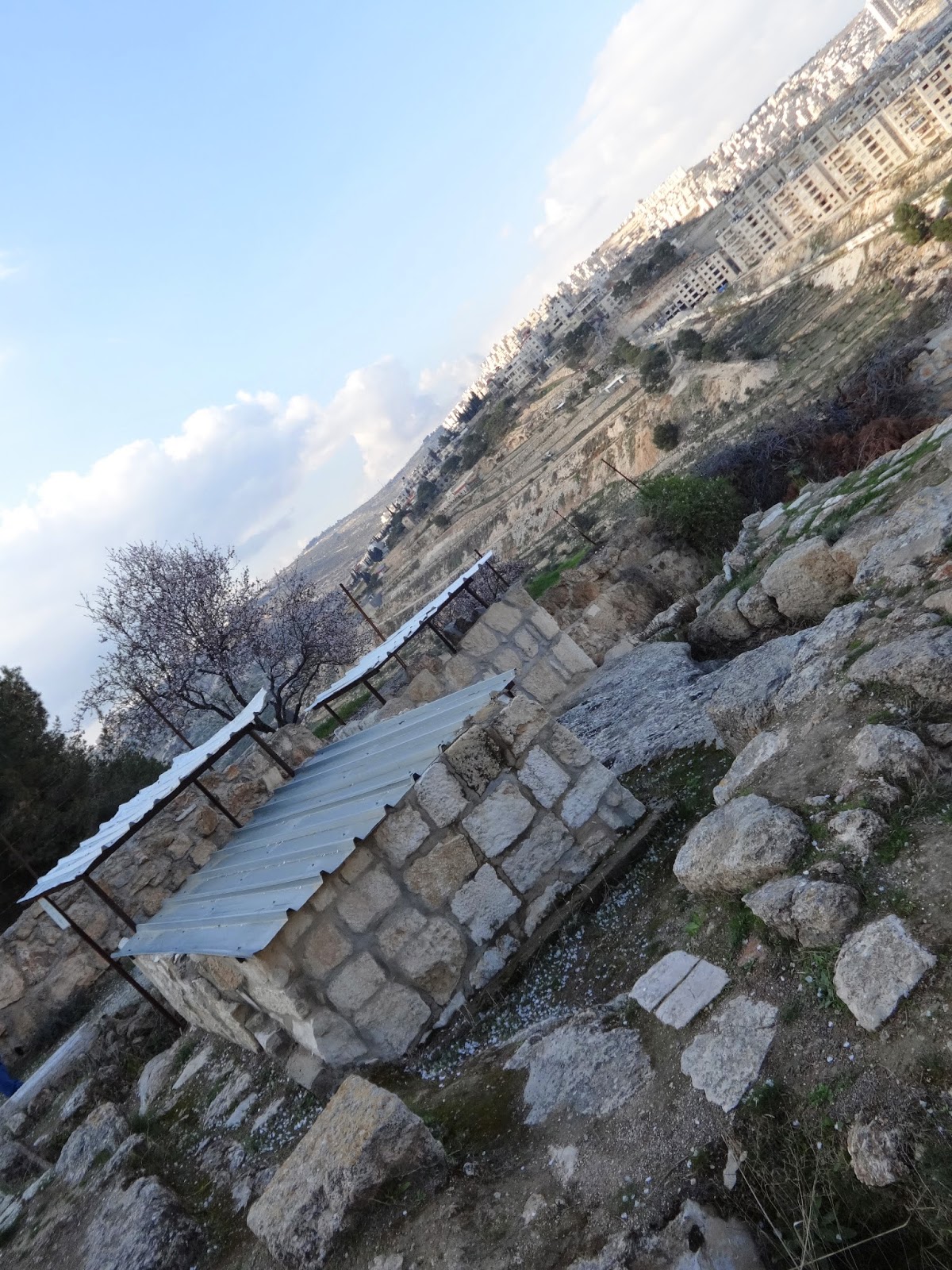 After getting sufficiently dirty and risking life and limb crawling into these caves, we topped off the day with dinner at the Grotto Restaurant, where we watched the afternoon sun gently begin to loosen its embrace on the landscape.

Susan's visit would last a couple of days longer, but the morning brought with it a return to the daily grind for TJ and me.  Workdays rarely offer anything fun, so next time we will skip to the following weekend.  And don't worry, folks.  The next Bethlehem post, which is already planned, will definitely NOT take place in these same familiar by now settings.
Posted by Aaron at 9:08 AM