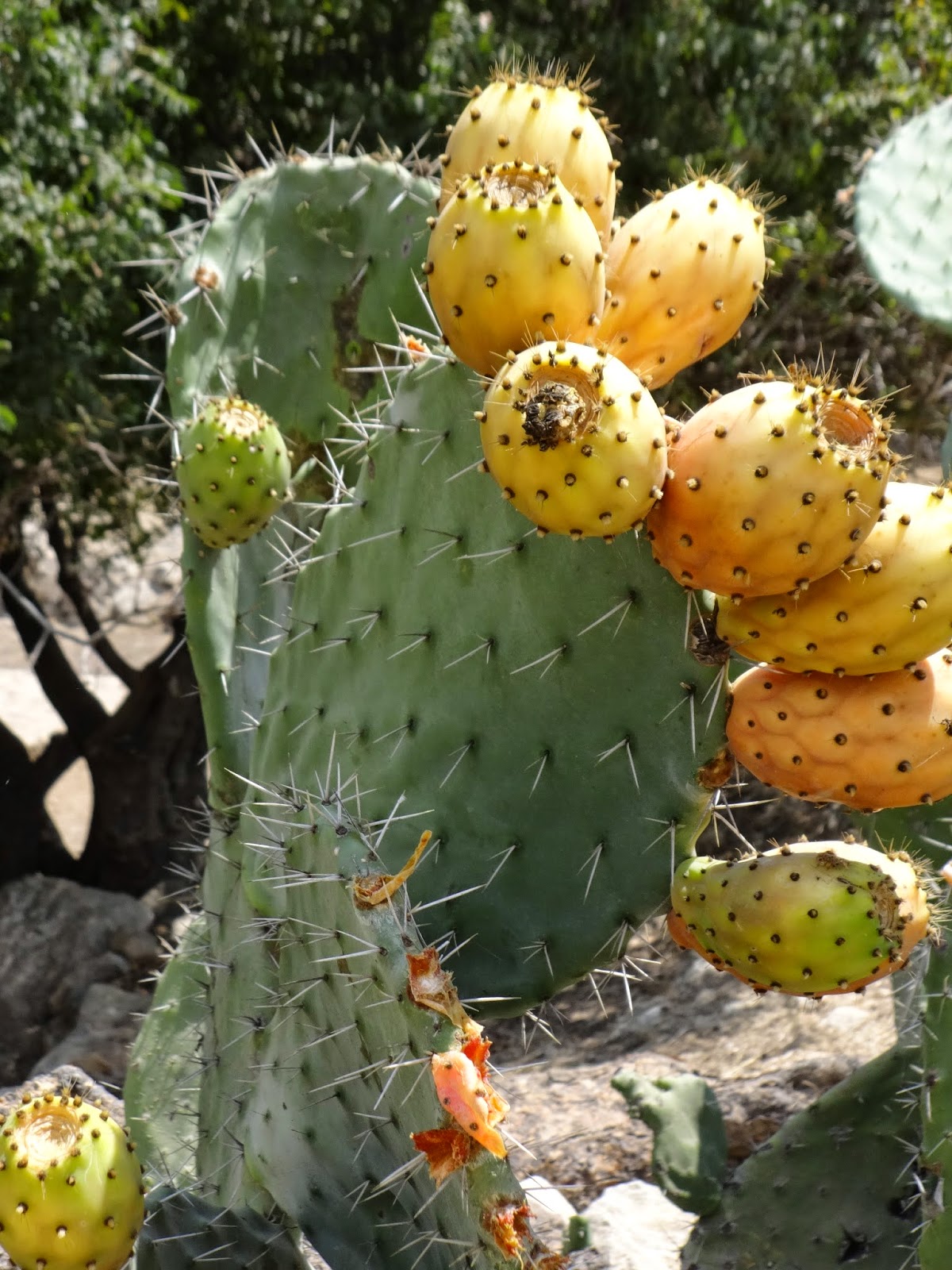 There are many ways to experience the world around you.  For some, that could mean visiting the museums and churches of eastern Europe.  For others, it may involve haggling with vendors and taking a risk on street food in Latin America.  You could go on an African safari or enjoy the Russian ballet.

For our friends Josh and Irene, all of the above is fine...but they would prefer to find a big splotch of green on the map and then proceed to walk from one end of it to the other. They arrived in Jerusalem a week or two after us, and as near as I can tell, we have yet to do one non-work-related function with them that didn't involve sand getting in my shoes.  I approve of this, as it often results in my seeing something I may otherwise have never given a passing thought to. 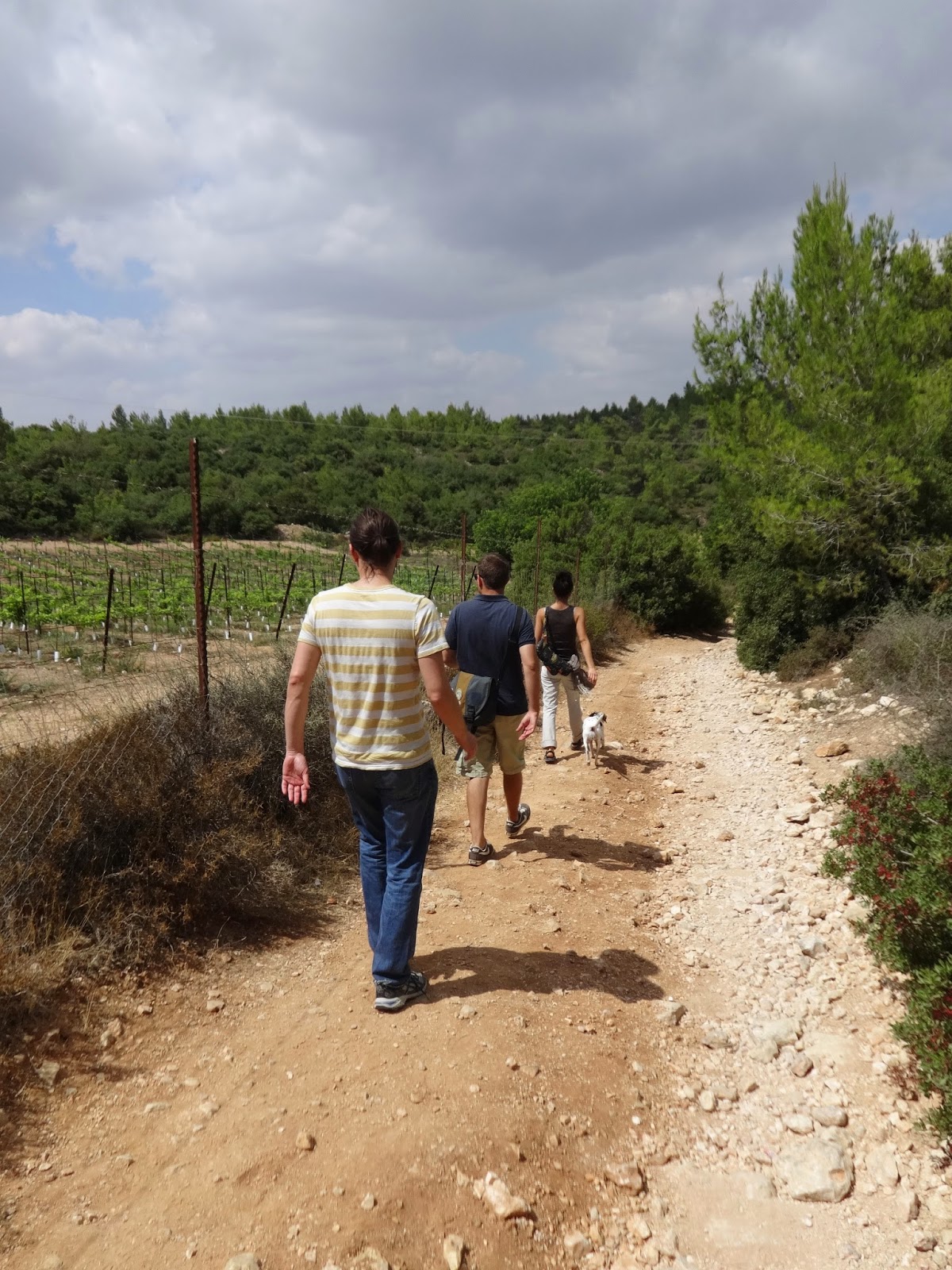 On Sunday, August 10th we joined them for a hike along the Wadi Me'Ara Trail in the Wadi Dolev Nature Reserve.  The trail, located 18km south southwest of Jerusalem, begins with a series of orchard trees that eventually give way to low vegetation.  The canyon is home to natural woodland species and wildflowers.  A sign at the trail's beginning advised that foxes, jackals, gazelles, porcupines, hyenas, and rodents make their homes there, as well as various kinds of amphibians, songbirds, and raptors.

Now, even assuming that "raptors" referred birds and not dinosaurs, I still had no desire to run into 56% of the critters listed.  Happy to report that we encountered none of the above.

The trail's main attractions would have to be En Khod and the ruins of Bayt 'Itab, which have been turned into a national park (Bayt 'Itab National Park, for those that missed this post's title). 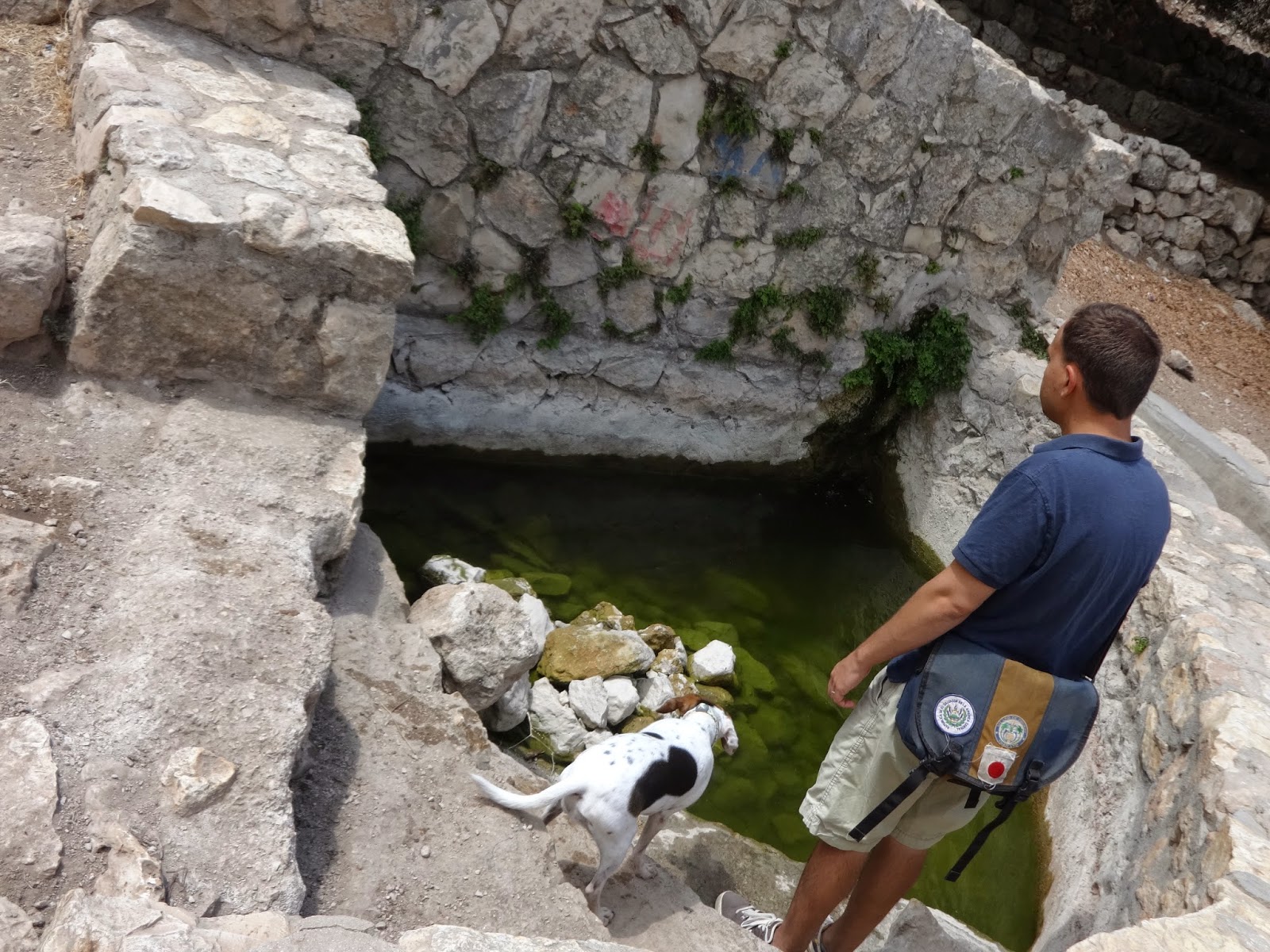 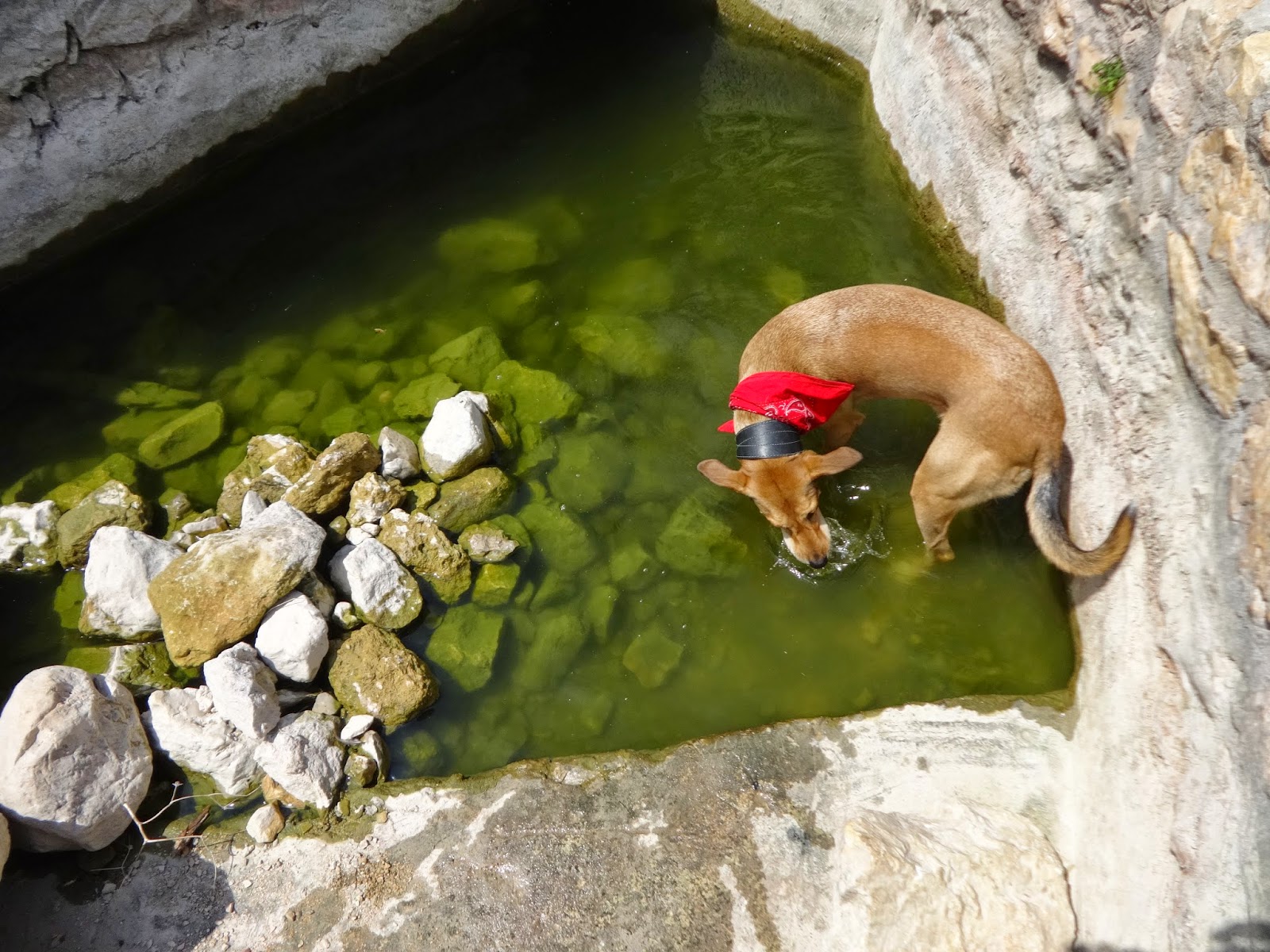 Water for the residents of the surrounding villages (from the Byzantine, Crusader, and Ottoman periods, as evidenced by surrounding ruins) was provided by En Khod, which is Arabic for "the spring of the watering trough."

The spring has a 40 meter long tunnel with three vertical shafts.  Water collects in a constructed reservoir room and is then channeled toward a pool and into the trough from which flocks would drink. 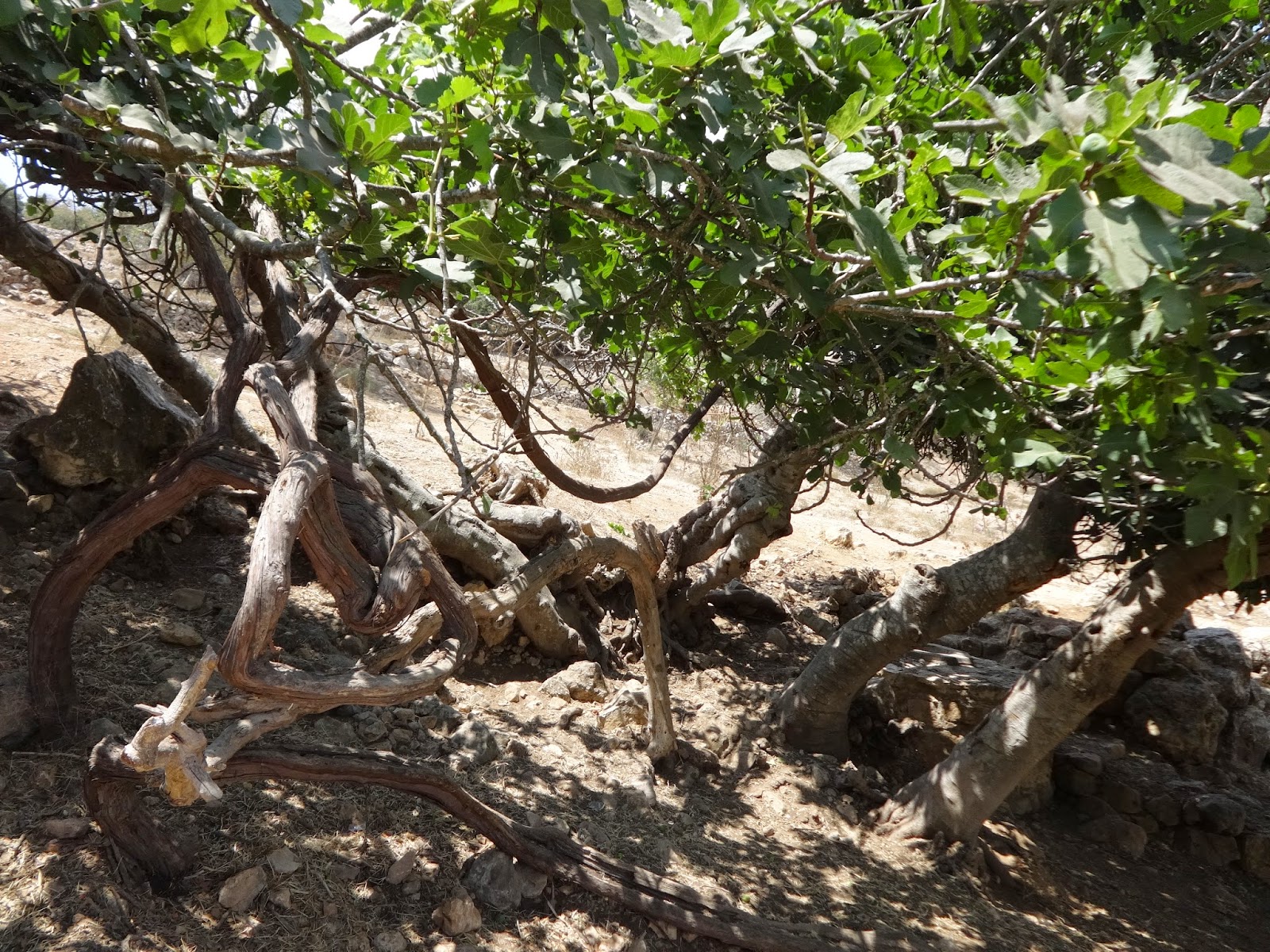 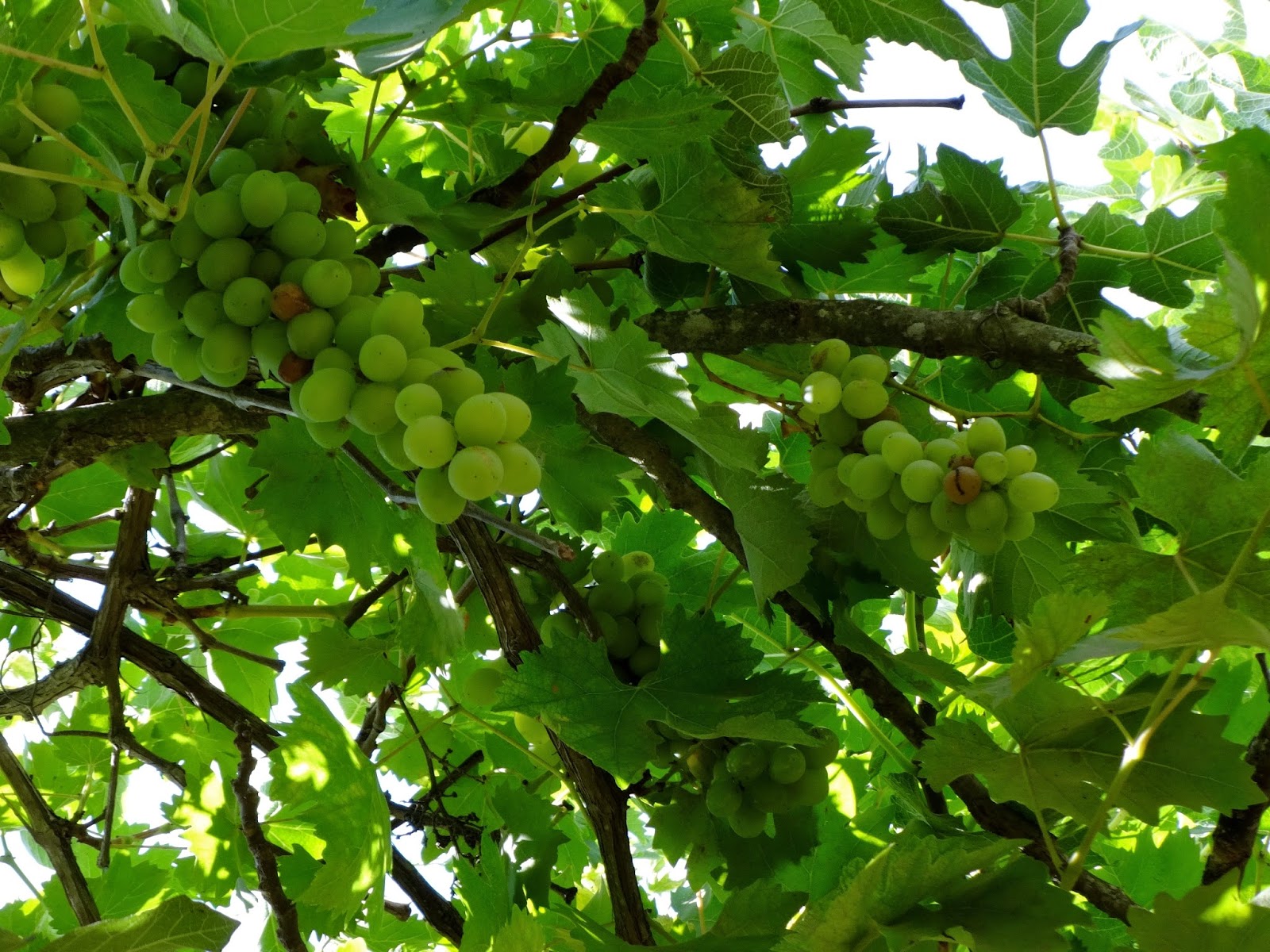 Orchard trees surround the spring, among them fig, lemon, and almond.  Mediterranean species are also found here, including Kermes oak, carob, and terebinth.  The land in the spring's immediate vicinity is so fertile that lush tree-sized grape vines thrive haphazardly on their own, a far cry from the small, strategically placed vines found in nearby winery orchards  The spring also attracts all of the various wild animals mentioned earlier.

By contrast, nearby Bayt 'Itab sits abandoned in a landscape so arid you can hardly conceive of its close proximity to the spring.

Bayt 'Itab was a Palestinian village located just outside of Jerusalem and is believed to have been inhabited since biblical times.  A tunnel that led from the village to the spring is associated with the story of Samson, as it is speculated that this is the site of the Rock of Etam, where angry Samson took refuge after his wedding...didn't go quite according to plan. 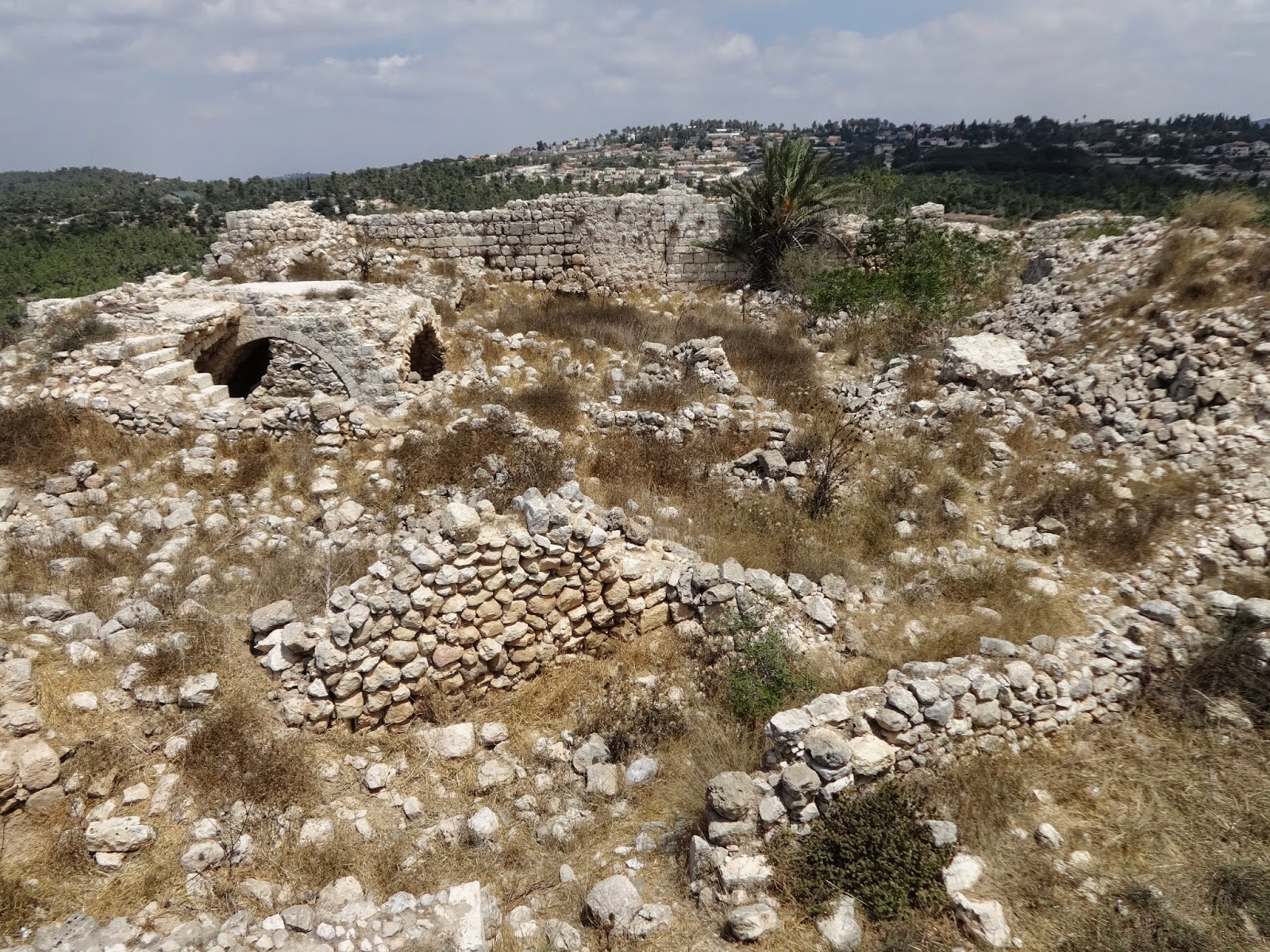 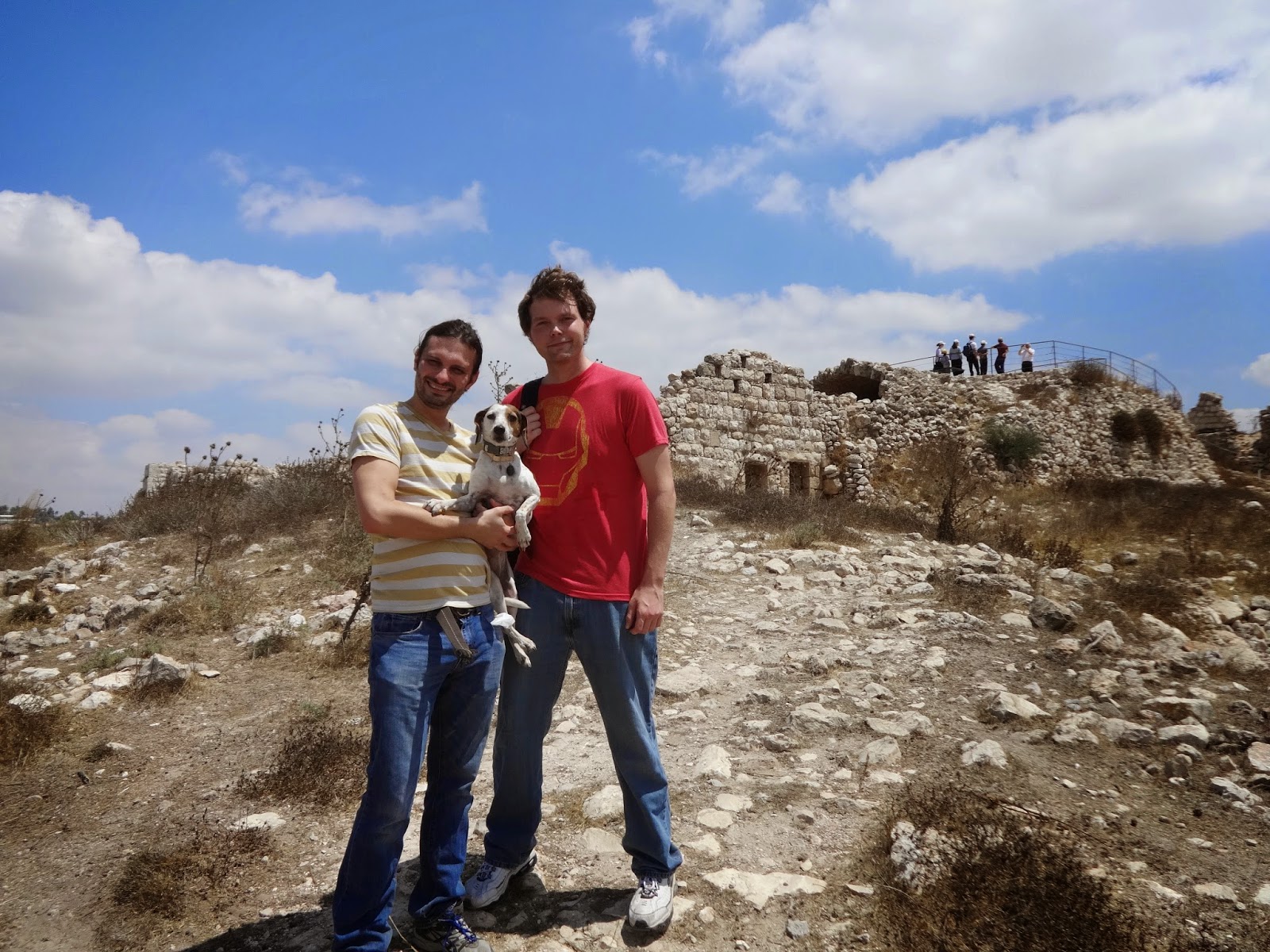 Up until the end of the British Mandate, approximately 600 Muslim families lived in stone houses and cultivated grains, fruit trees, and olive groves.  Some bred livestock.   The village was depopulated and demolished following Operation HaHar in October 1948, which saw Israeli forces fighting to extend the Jerusalem Corridor to the south. 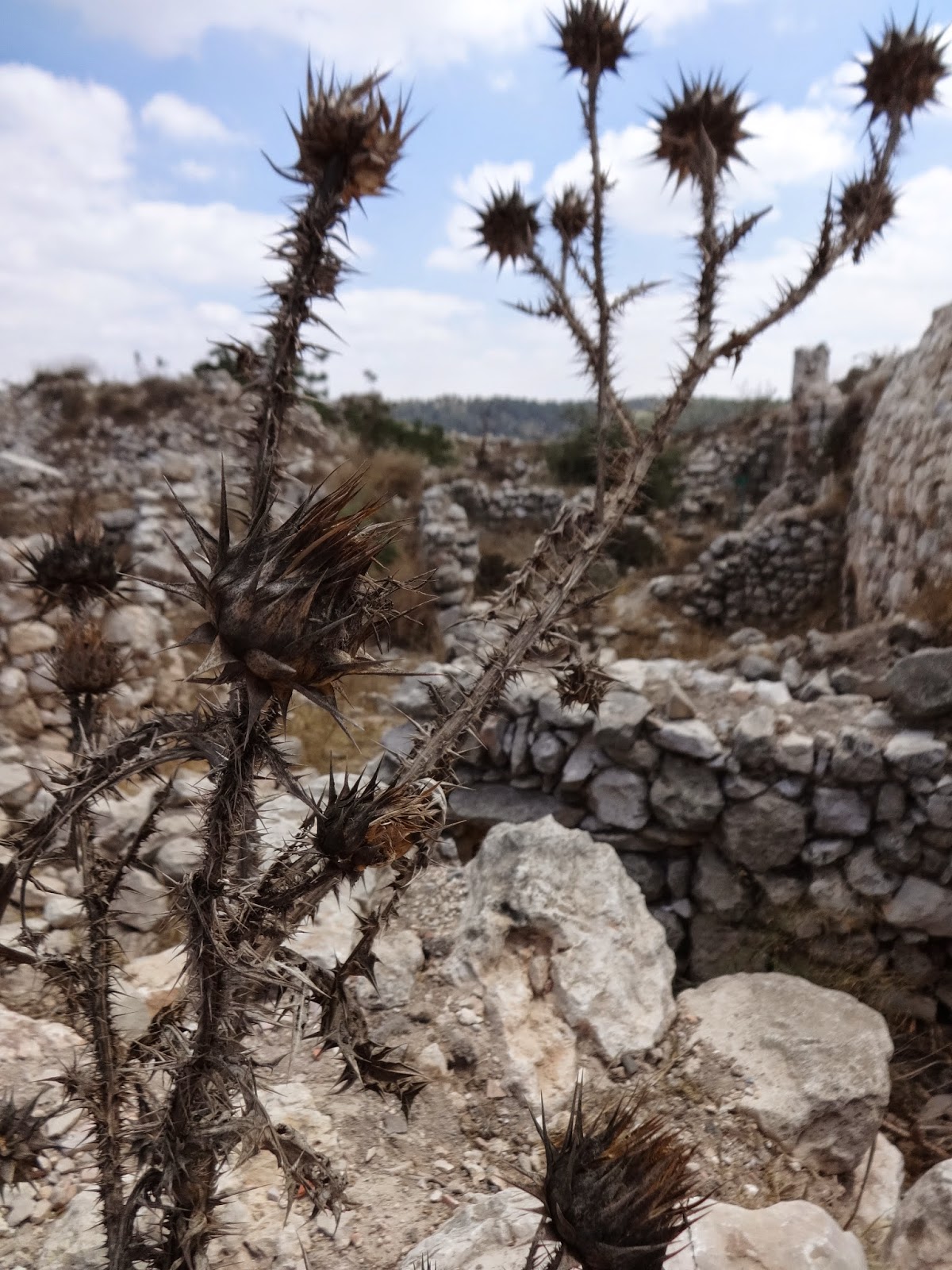 The village's displaced inhabitants fled to Bethlehem, Hebron, and the Dheisheh Refugee Camp in the West Bank.

In 1950, an Israeli settlement, Nes Harim, was established to the north of Bayt 'Itab, on an adjacent peak.  Like Baty 'Itab before it, the settlement's population hovers around 600.

The Israel Nature and Parks Authority restored the area around the spring in 2005.