After much discussion on how great it would be, on February 22nd we finally took our first Israeli desert hike.  Our pup Zelda and a handful of coworkers from Jerusalem and Tel Aviv were along for the ride.  A fun day of hiking, sweating, gulping fresh water, almost falling off of humungous hilltops (mini mountaintops?),  and picnicking was had by all.

Because I have this base need to be informative, and the internet isn't exactly overflowing with information about Moa, what follows is basically a transcription of a plaque located at the ruins of an ancient Nabatean fortress that we explored that day. 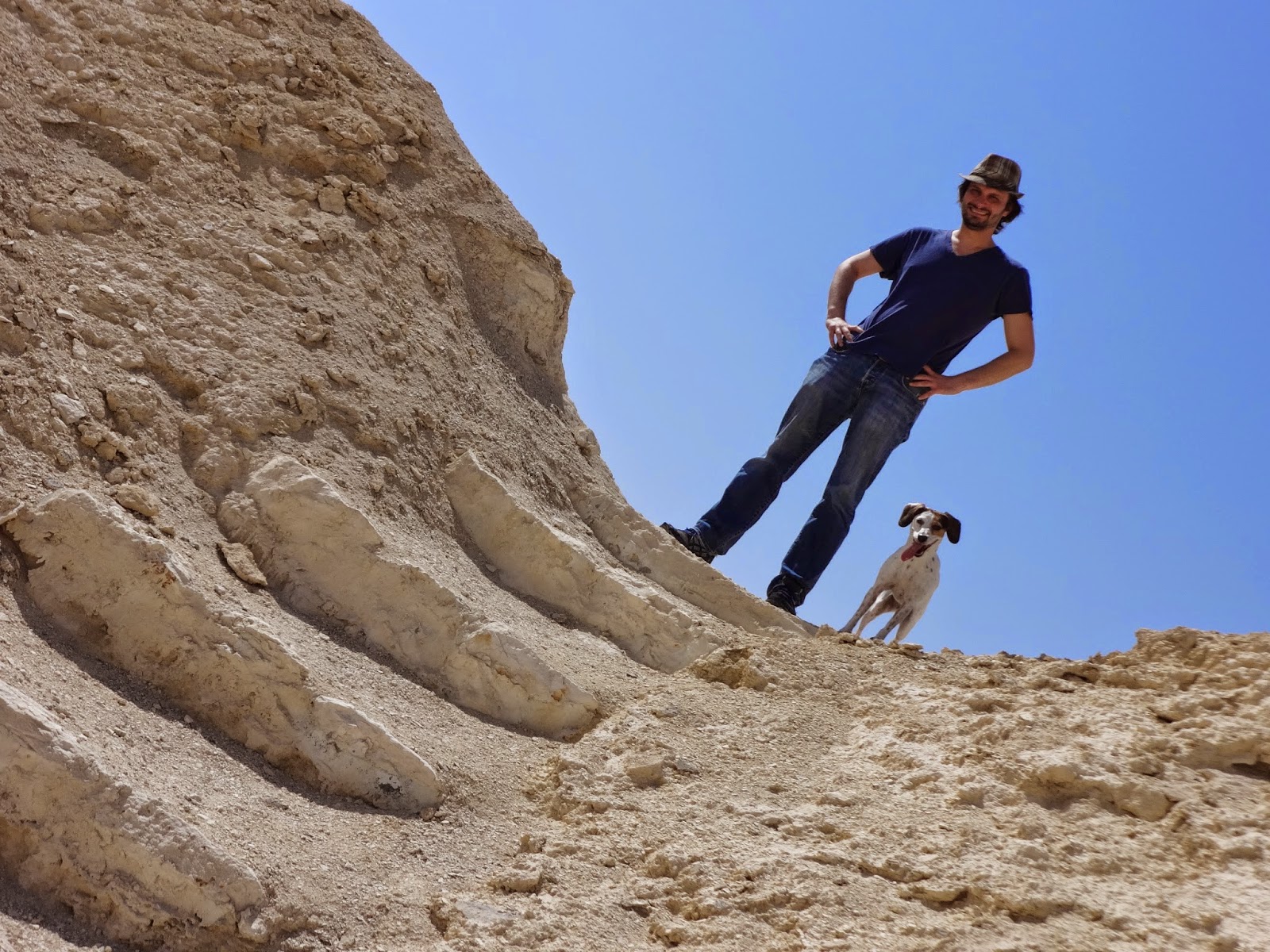 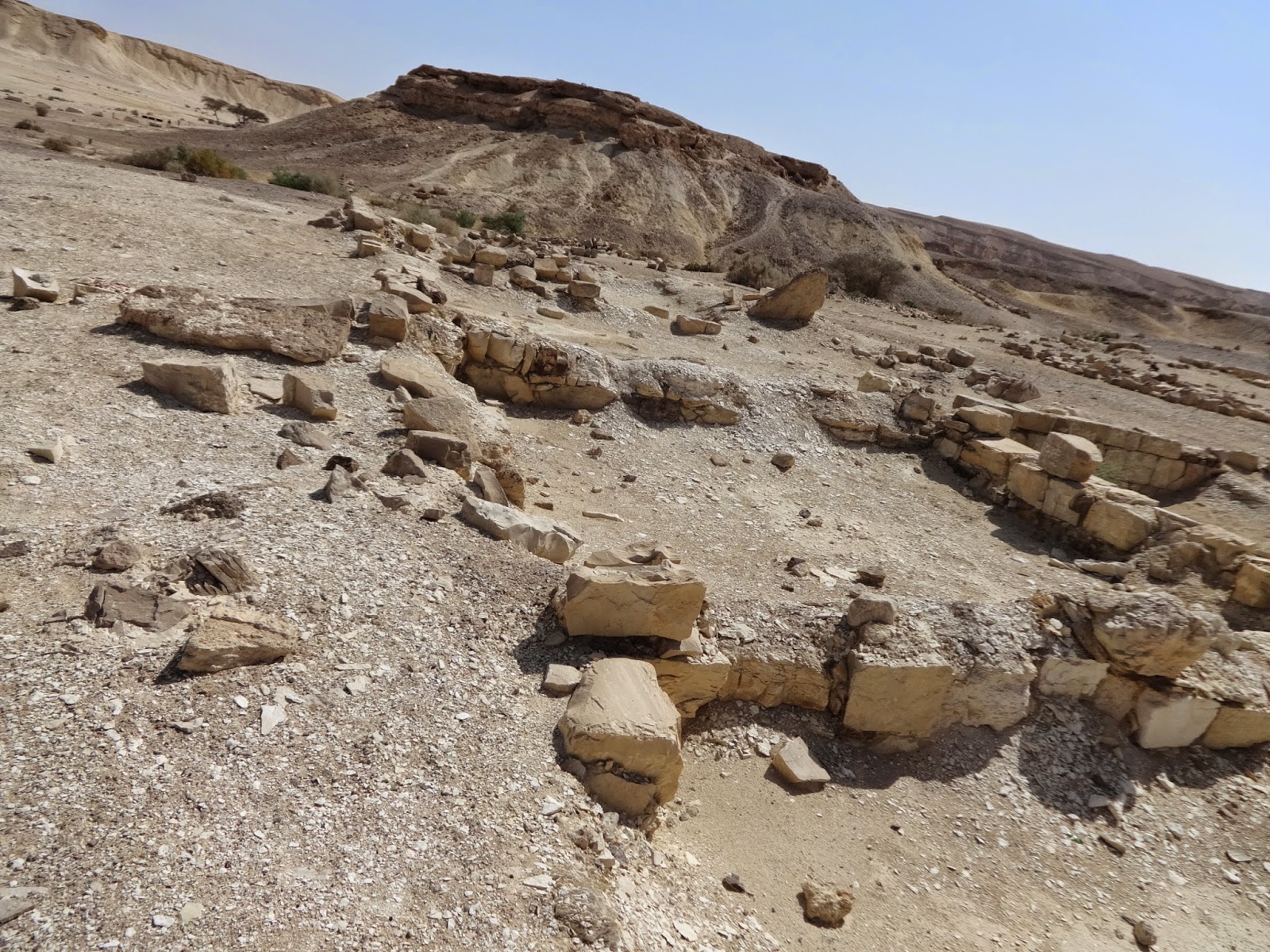 Moa, located in Israel's Negev desert, is but one of many stops on the ancient Nabatean incense route.  The Nabateans were an ancient Semitic people who inhabited northern Arabia and the Southern Levant.  Nabatean merchant caravans arrived at Moa after crossing the Arava Desert.  Moa contains the remains of an ancient Nabatean fortress, agricultural installations, an aqueduct, and an olive press used in the extraction of oil for the production of perfumes. 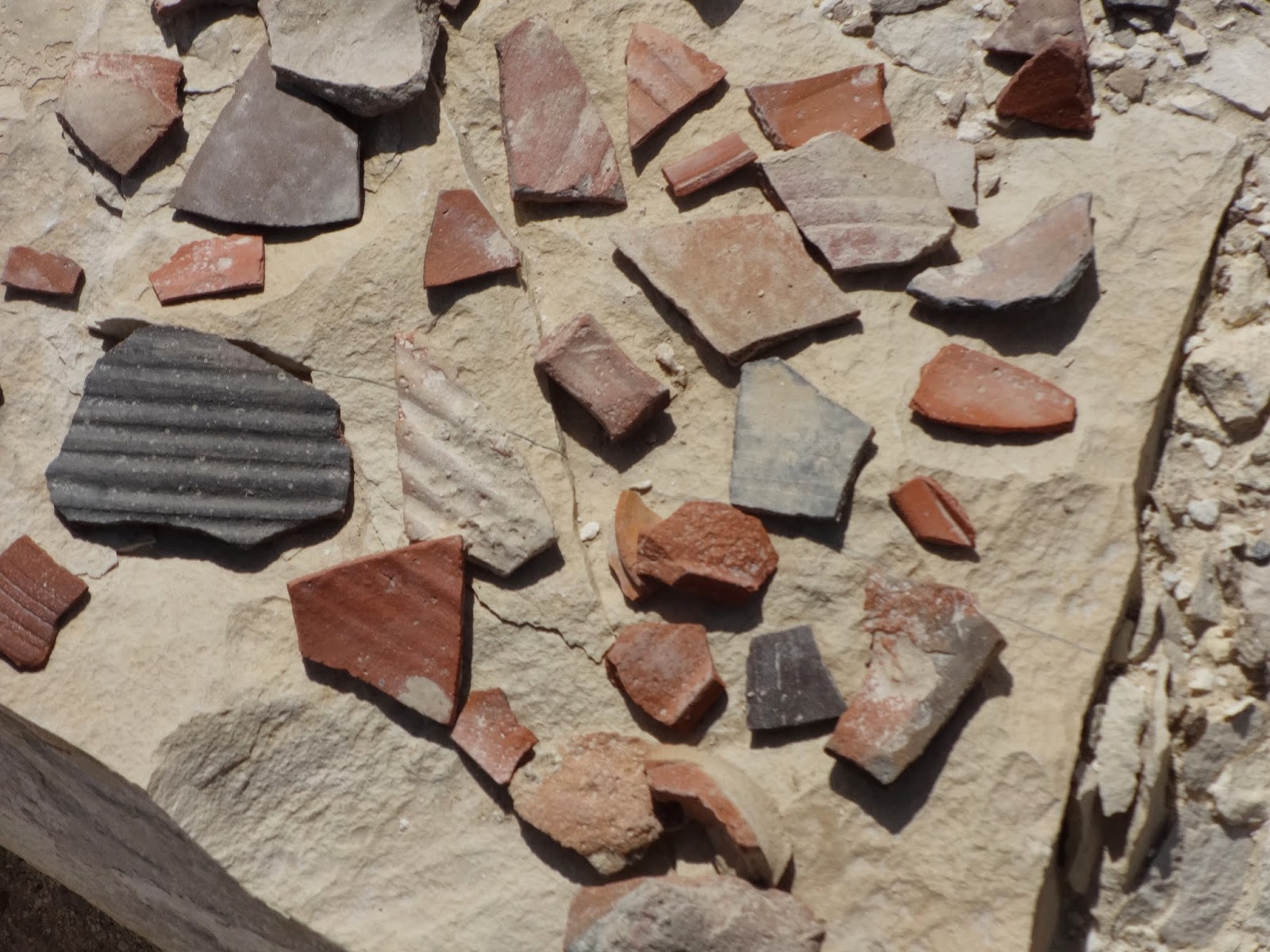 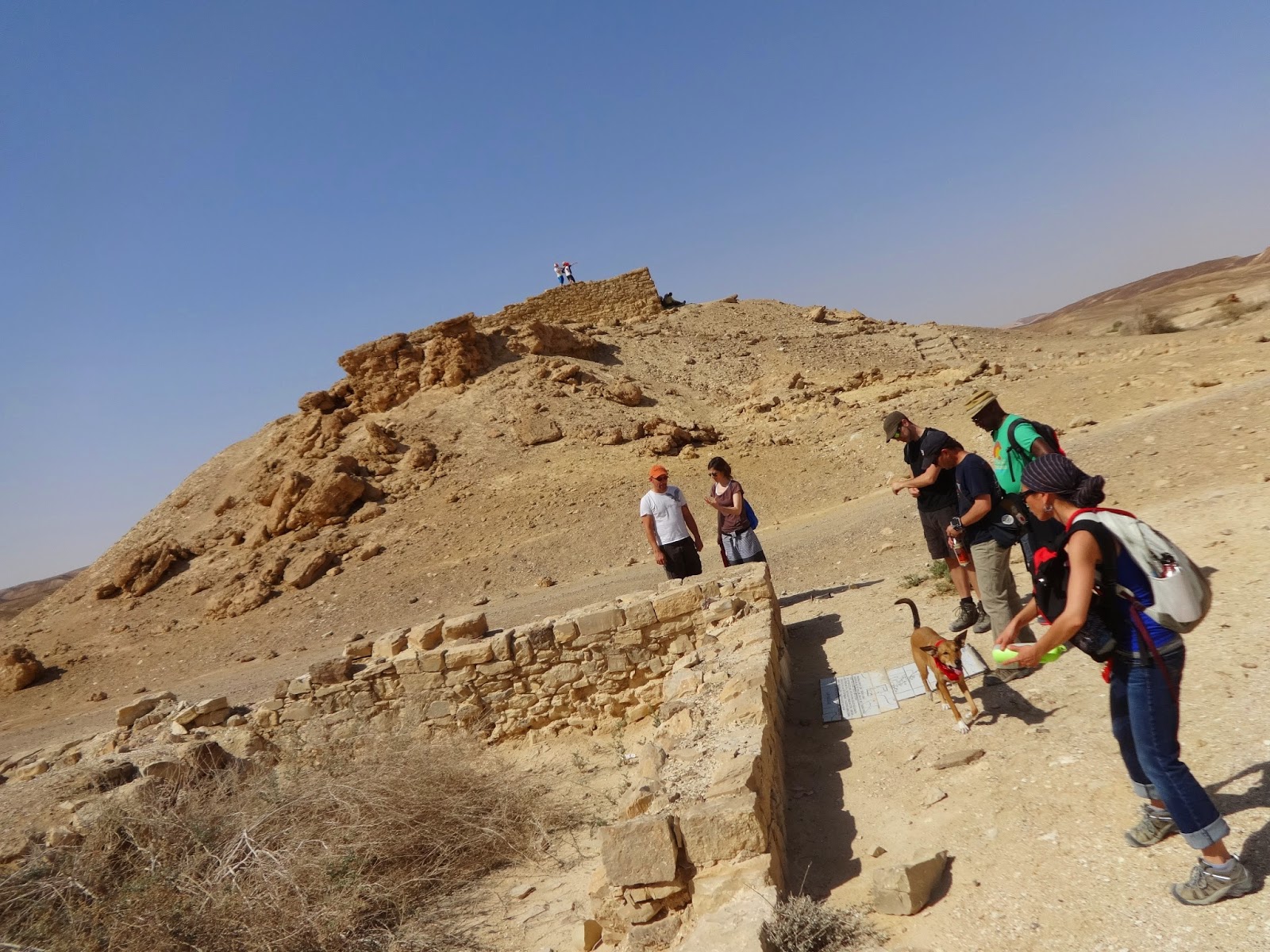 The station was established in the third century BCE by the Nabateans, who were known for their ability to not only survive in the desert but to make maximum use of it.  They earned their living providing pastures for camels, sheep, and goats, and they accumulated great wealth from the sale of perfumes on the international market.    They were a free people who found shelter in the desert during times of  unrest.  They knew how to hoard water in simple but ingenious ways, and built hidden underground reservoirs with plastered walls that assured a secure water supply.  They knew how to lead convoys in the desert and to the seas, and thus controlled the incense routes.  Their prosperity and economic success greatly influenced their culture and lifestyles and so from desert nomads they became permanent residents of urban settlements.  They left behind the impressive ruins of their towns, especially those of Petra in Jordan, which is number one on the must-see-before-we-leave-list. 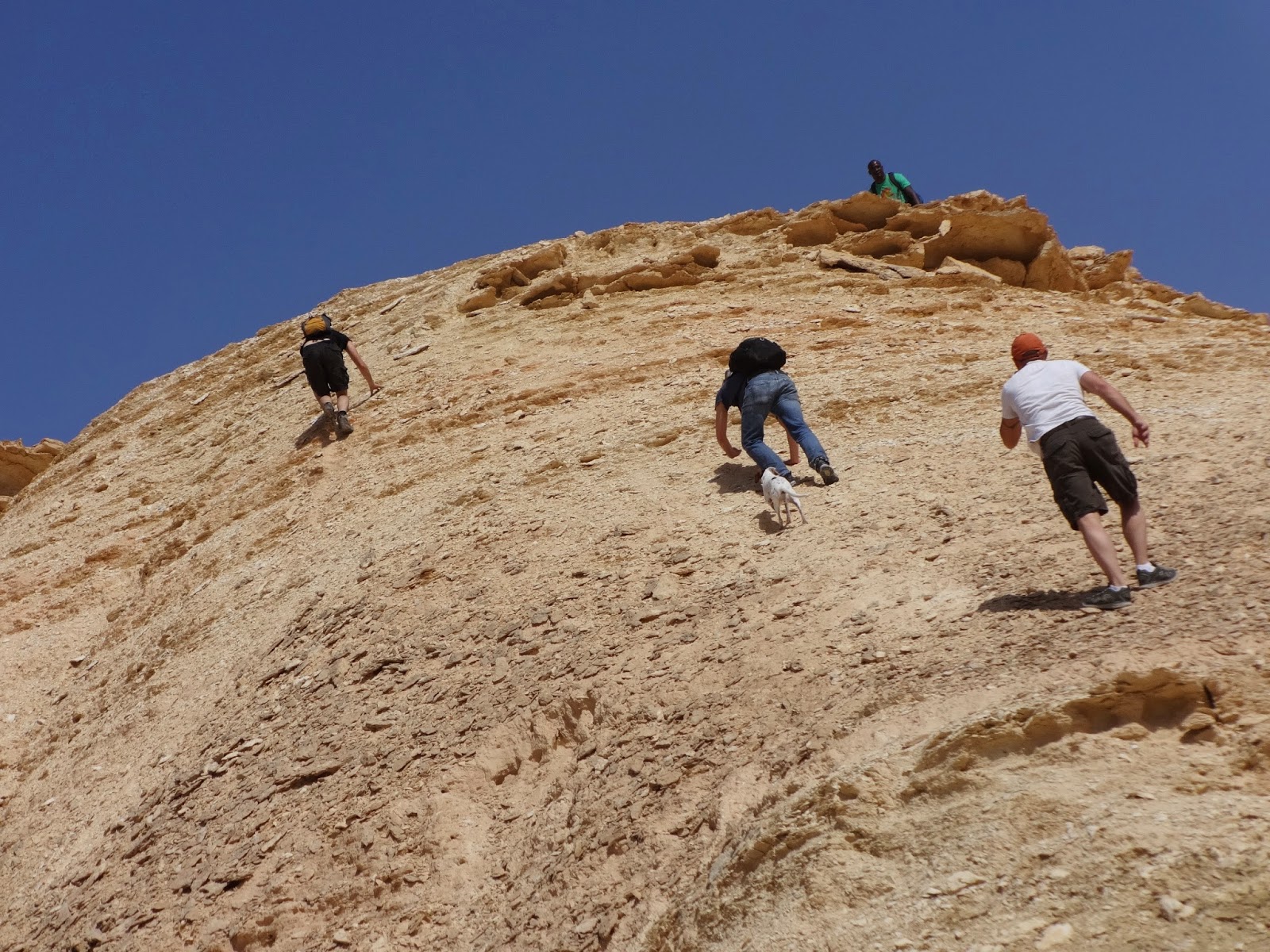 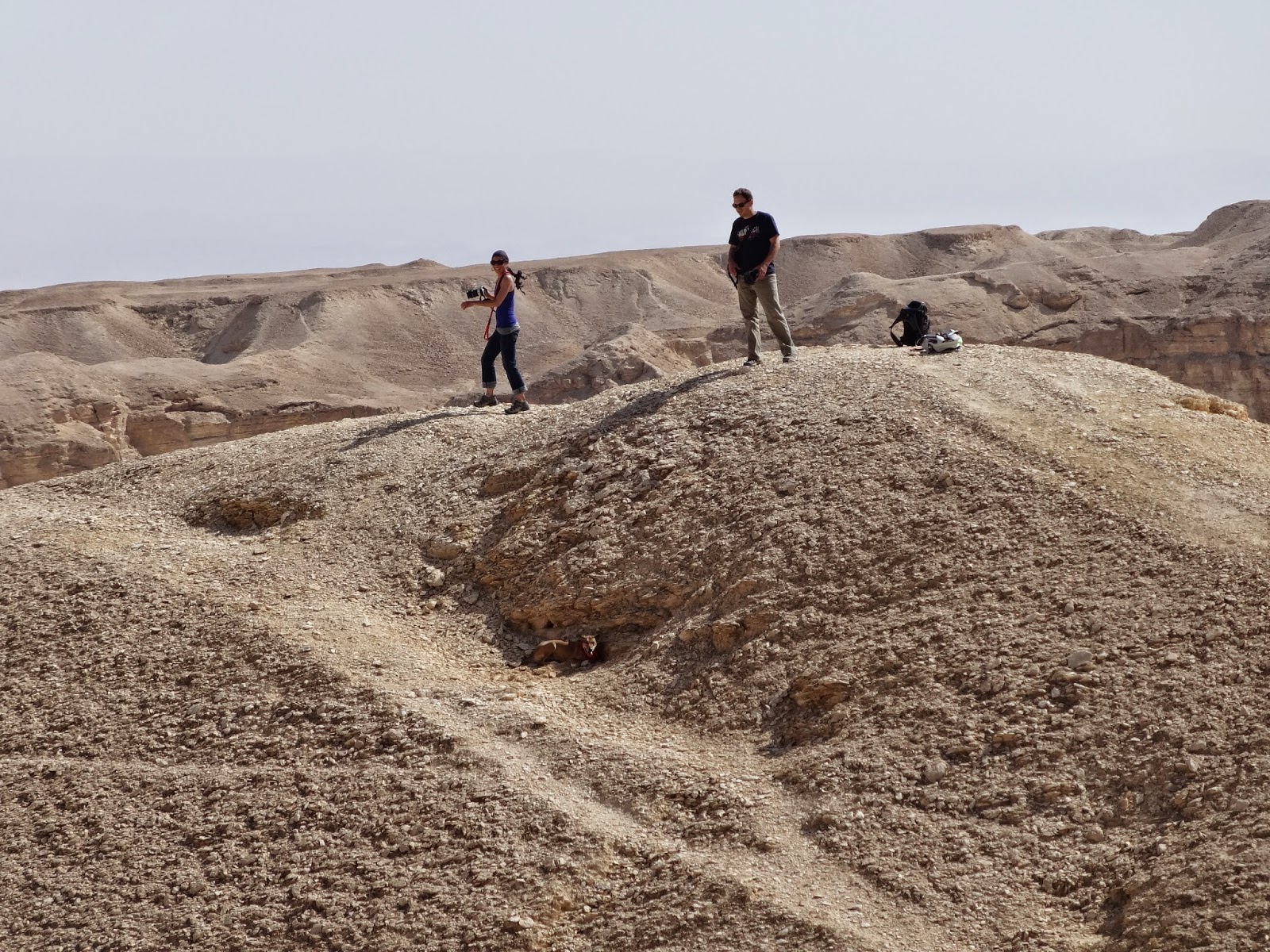 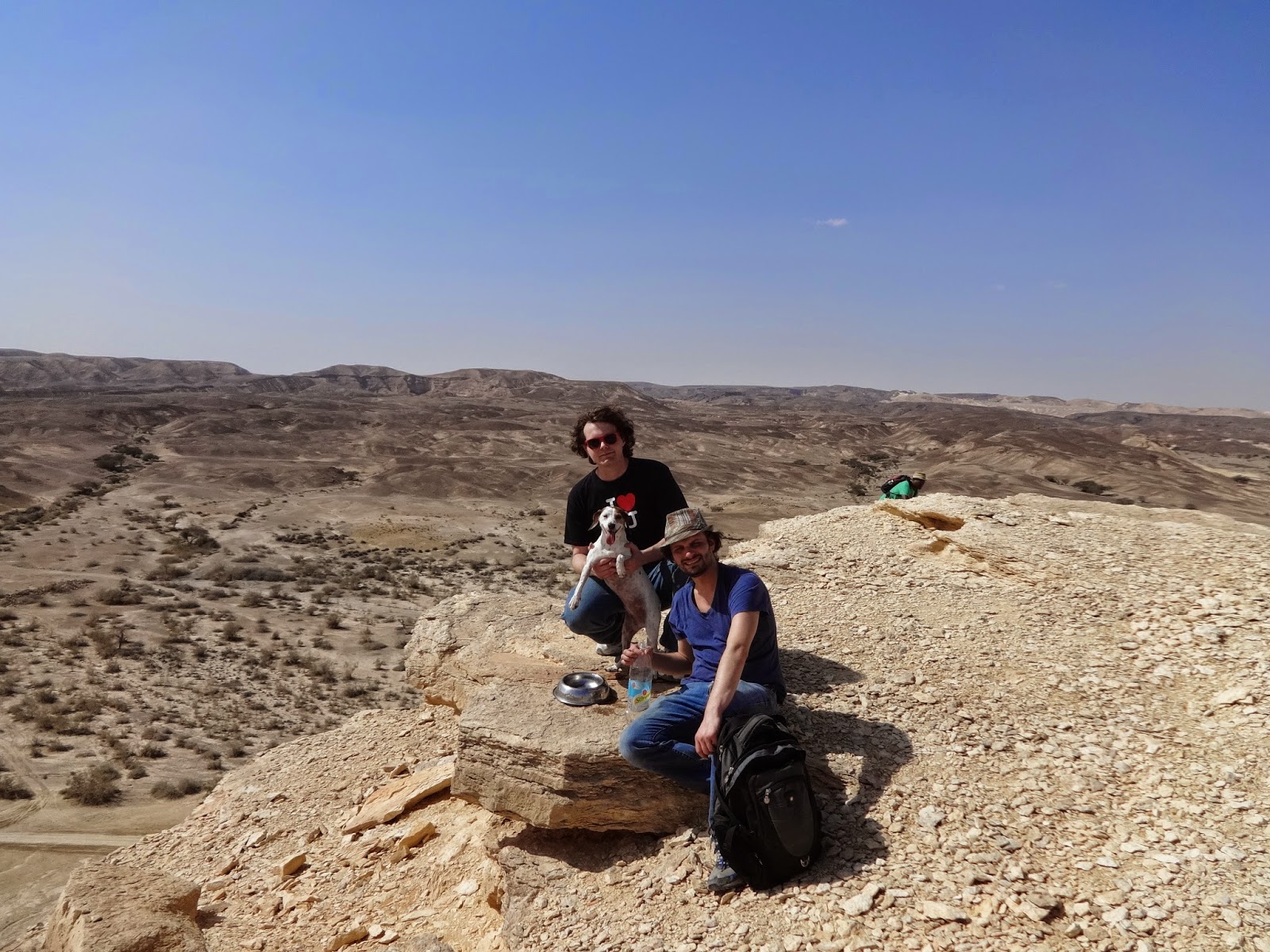 The Nabatean settlements were spread out over the land in such a way that they could efficiently maintain the spider web of routes crossing the Negev.  The towns were spaced approximately 35km apart, as this is the distance that a camel can travel in one day.  From Moa, the main route continued a short distance passing the Neqarot fortress to the next route station, which was Saharonim khan at Ramon crater (Makhtesh Ramon).  I happened to spend my birthday at this very crater, exactly one month later, and we will visit that experience in a future post. 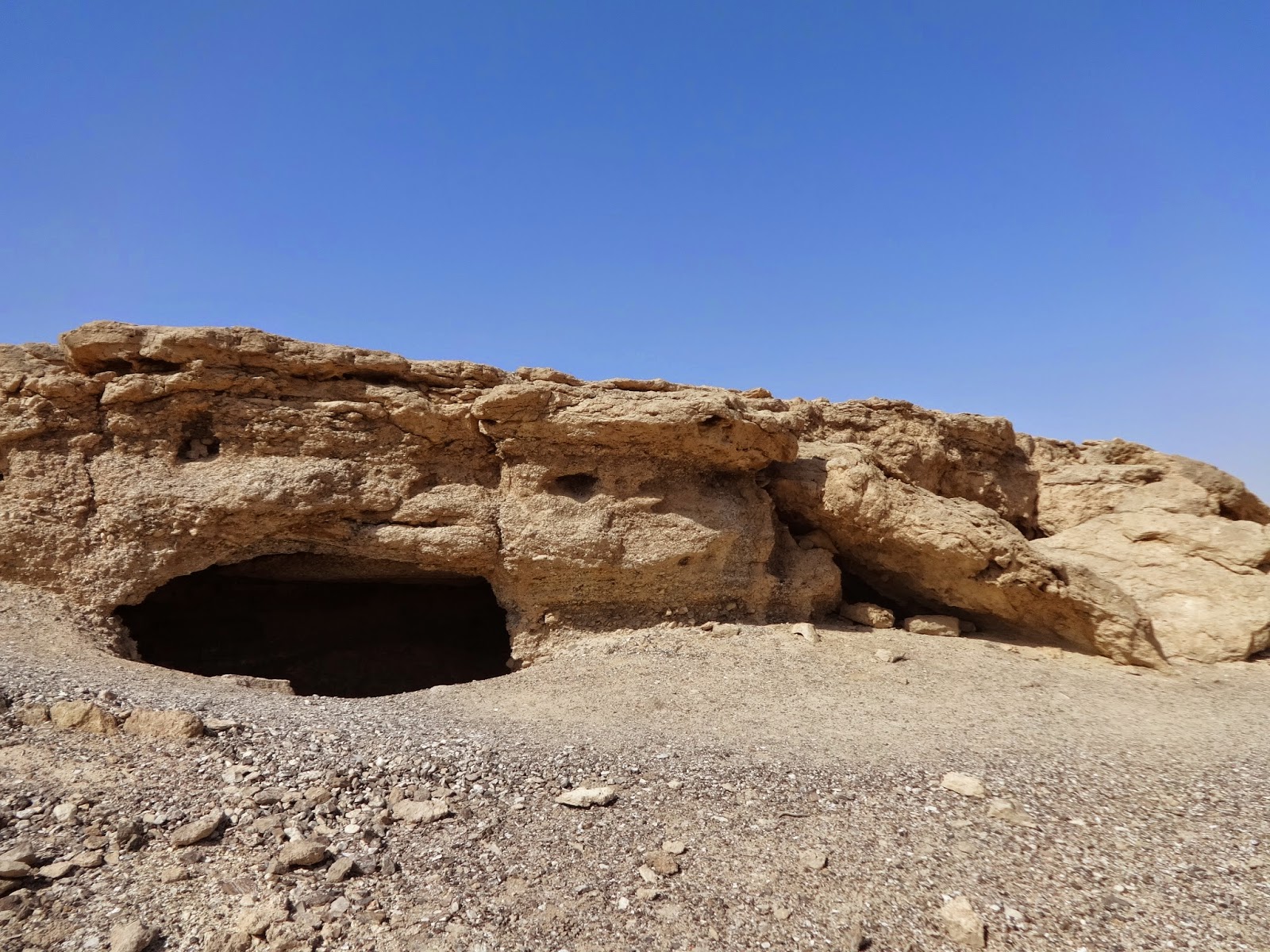 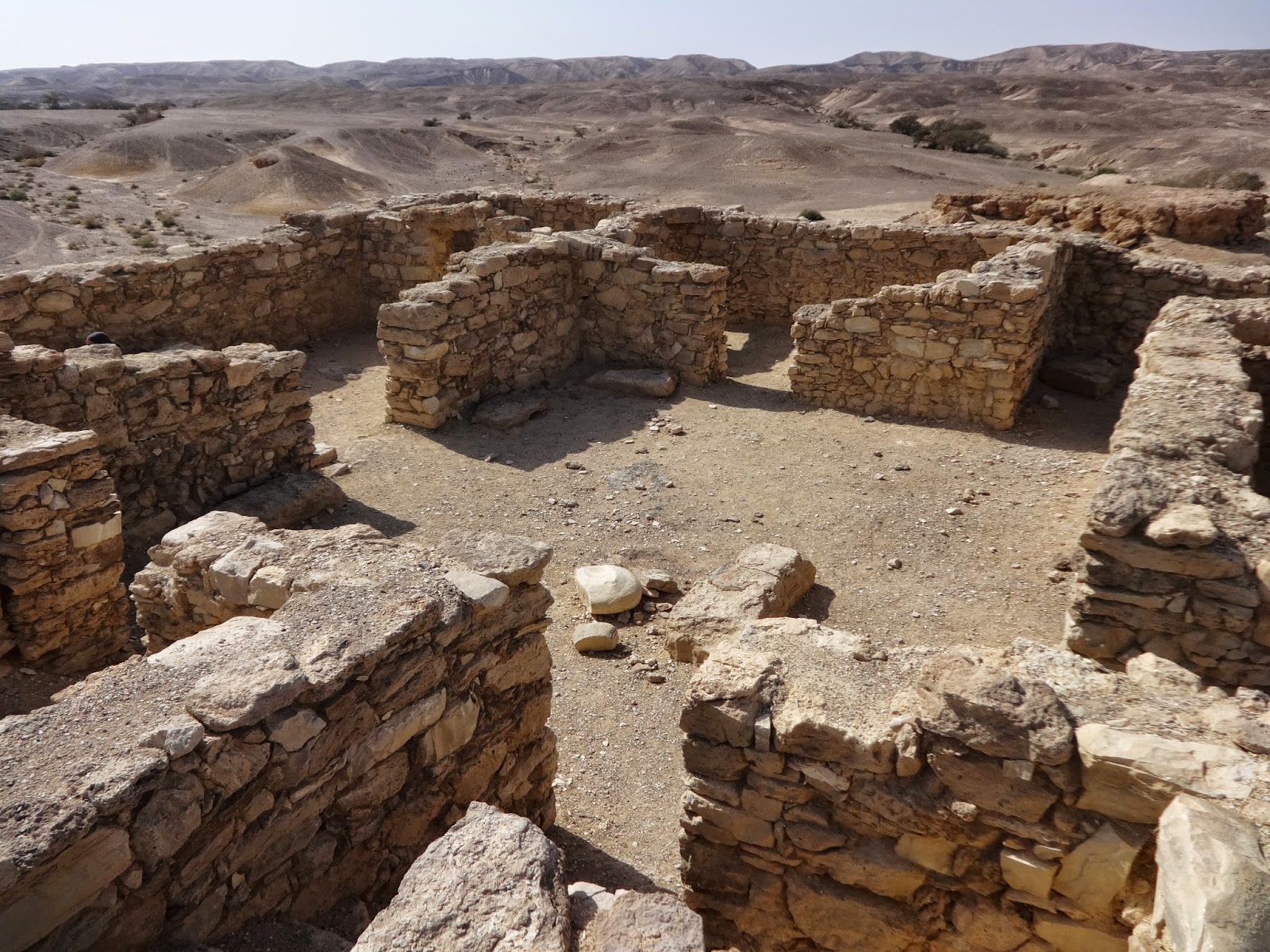 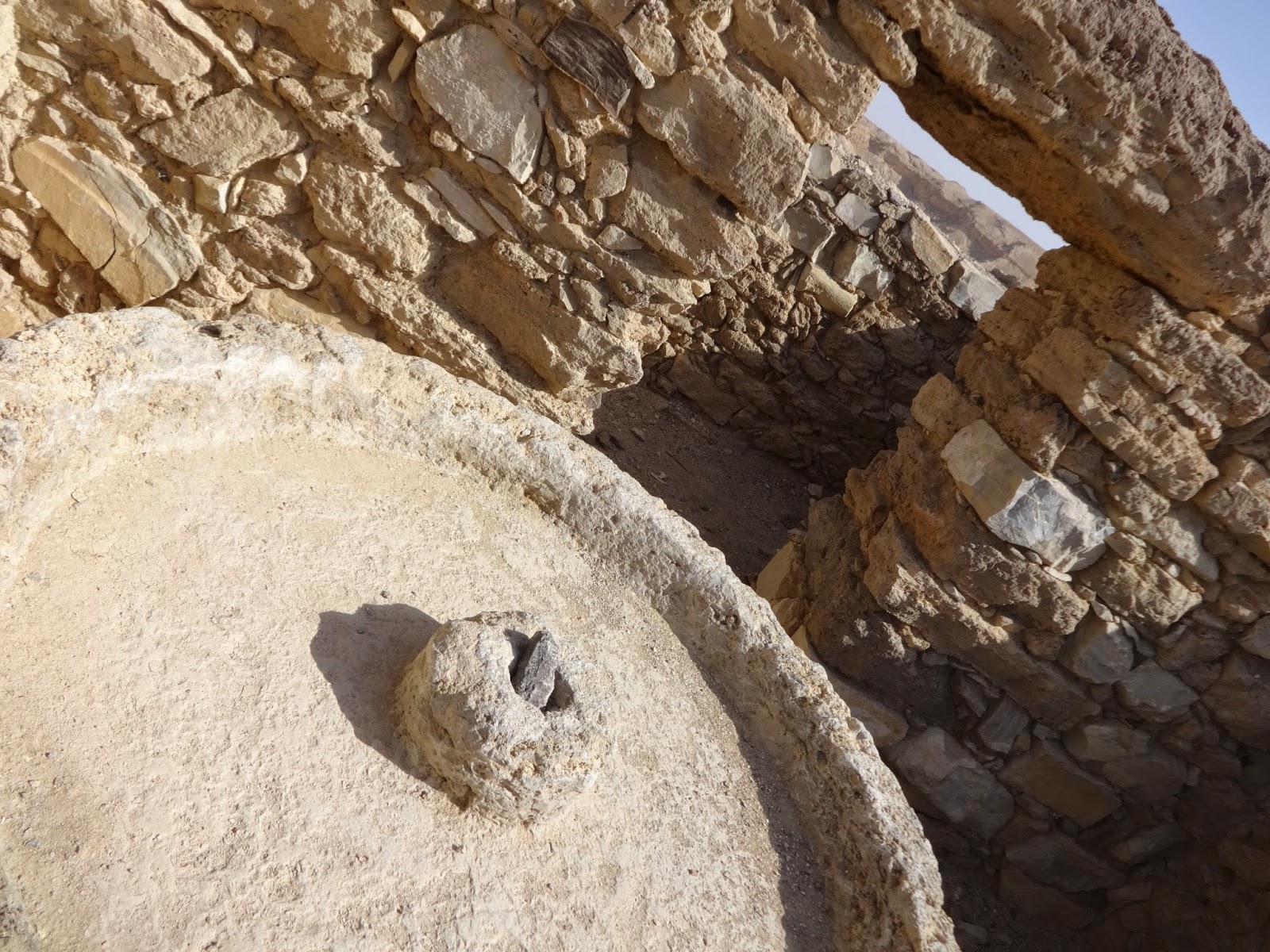 Moa was abandoned in the third century CE, probably because of the outbreak of an epidemic.  The residents left behind them the biggest, most impressive and best preserved archaeological site in the Arava.  The site was proclaimed a world heritage site by Unesco together with the four central Nabatean cities of Avdat, Mamshit, Shivta, and Halutza.  These settlements preserve a unique desert culture based on a mutually beneficial relationship between man and his environment, and a deep acquaintance with the desert as well as a unique ability to survive in it.
Posted by Aaron at 1:20 PM